I grew up in Eastern Pennsylvania where the Amish and the German Brethren farm folk had a long tradition of making patchwork quilts. My grandmother spent many afternoons with the other ladies of the church's Ladies Aid Society around a quilt frame hand sewing the elaborate stitch work. We used quilts at home in everyday life. 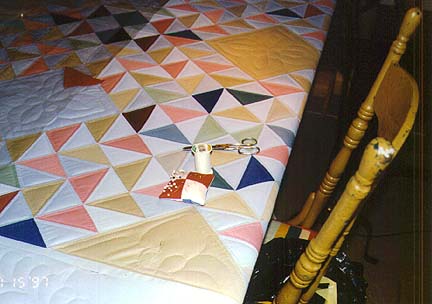 A quilt frame such as this was found in many homes. 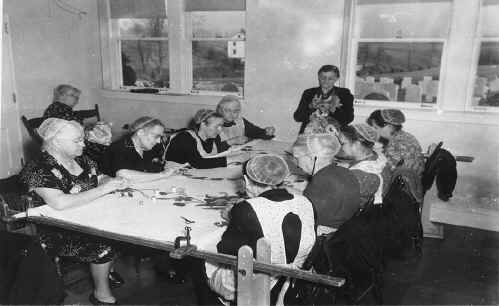 A quilting group which my grandmother often helped with.
(Eastern Pennsylvania about 1950)

Later in life I became interested in the designs created in Middle America rural patchwork quilts, and started collecting a few. More recently I have attended semi-annual quilt auctions held by Amish schools in Central Wisconsin.

I have photos of various designs and would like to share with you,
My selection of Quilt of the Month. 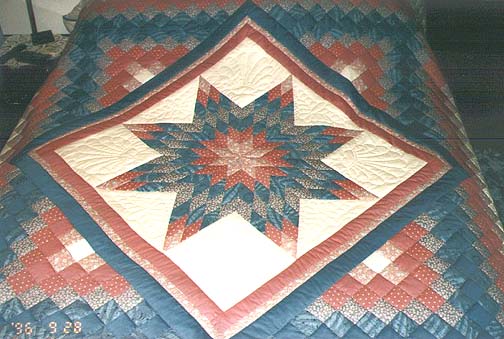 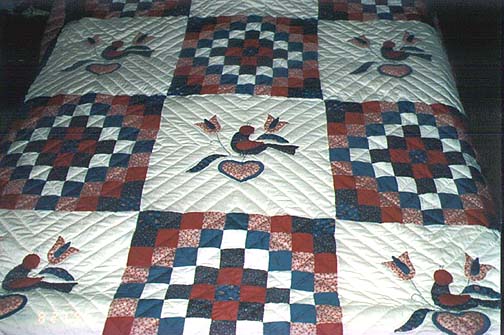 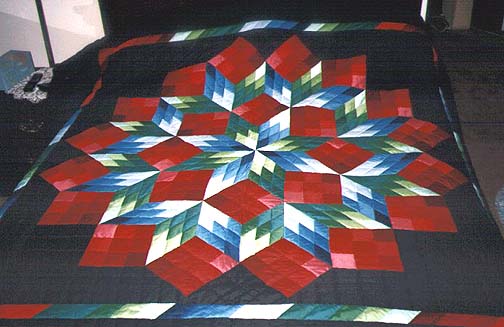 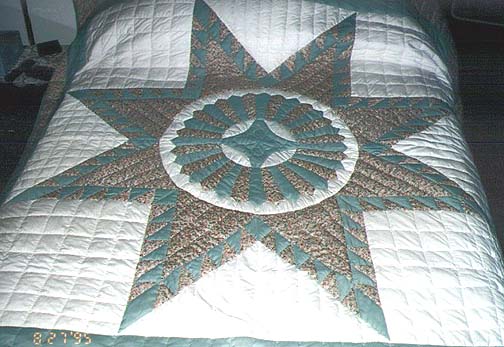 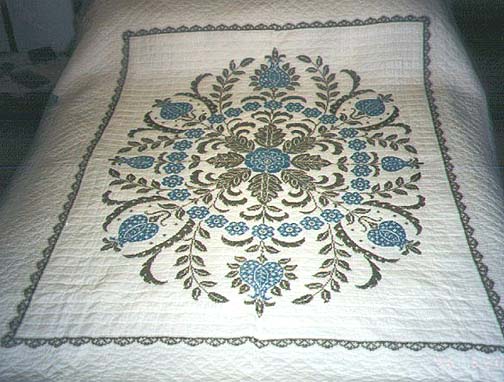 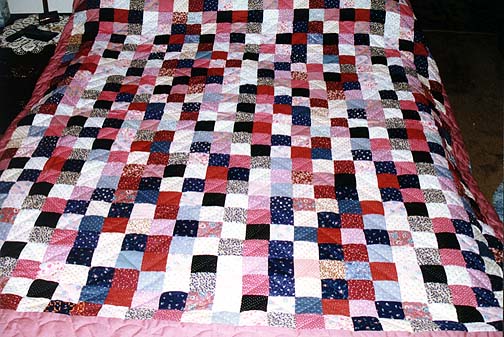 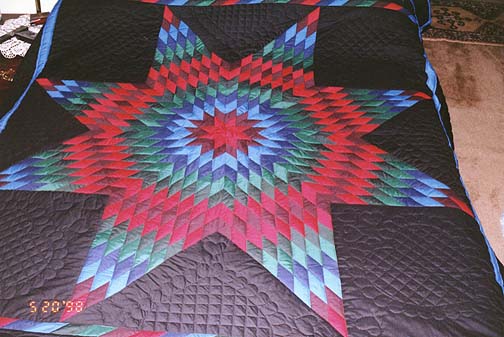 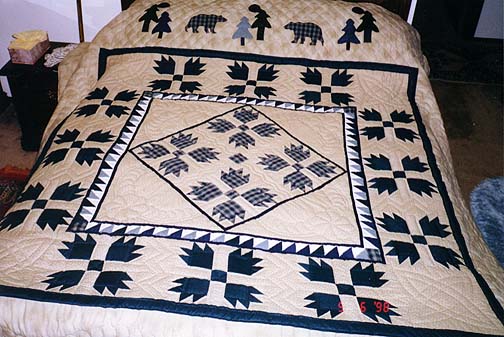 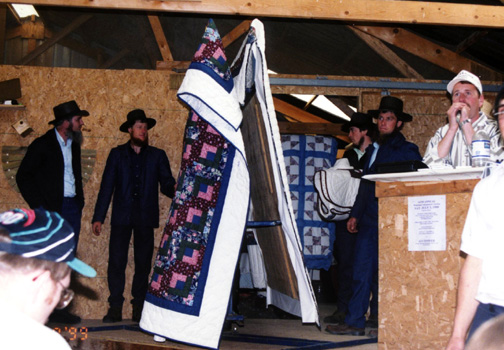 Other Photos of an Amish Quilt Auction in Wisconsin

Quilts made by my wife, Marlene, since her retirement in 2003

Quilts as an American Art Form

Quilts are an early American form of expression. Often from a “make do” mentality of the American frontier. Often living in simple and unadorned houses, due to frontier conditions or religious need for “simplicity”, the quilt was the one colorful part of the house. The use of cloth scrapes from discarded clothing or seed or grain bags become the norm. Creativity was fostered by seeing and copying what had been done and adding ones individuality when religion allowed. In my Pennsylvanian German tradition, simplicity and conformity were paramount. This still is evident in Penna German and Amish designs.

As the country moved West, after the French and Indian Wars, and the Louisiana Purchase, the quilting tradition moved with it. Variations in design occurred, by seeing and copying and improving.

What was made were items of household use, to brighten every day in the struggle to survive and create a better living for the next generation.

What has developed can be seen in many of the country quilt auctions, often sponsored by the Amish to support their religious schools. A wide variety of colors and designs.

The quilts were items to be shared and enjoyed. To be treasured and passed down from generation to generation. Not locked away.

This fine tradition is being threatened by the “Made for Money” quilters, who want to keep all to themselves, so as to gain a profit. Unfortunately, the Museum mentality of “This is mine” and can only be seen if you pay, has encouraged this Proprietary attitude.

Lets keep the Art Form flowing through open showing and display of the product of many quilting hands. Let all see and enjoy.

Many shows and exhibits encourage this sharing. Please “Shun” those that want to turn this unique American Art form into a “Made for Money” venture.

Dr. Galen R Frysinger
Descendant of quilters who
Came to America in the 1700’s

Compare to what is available of

Return to  my Life and Interests