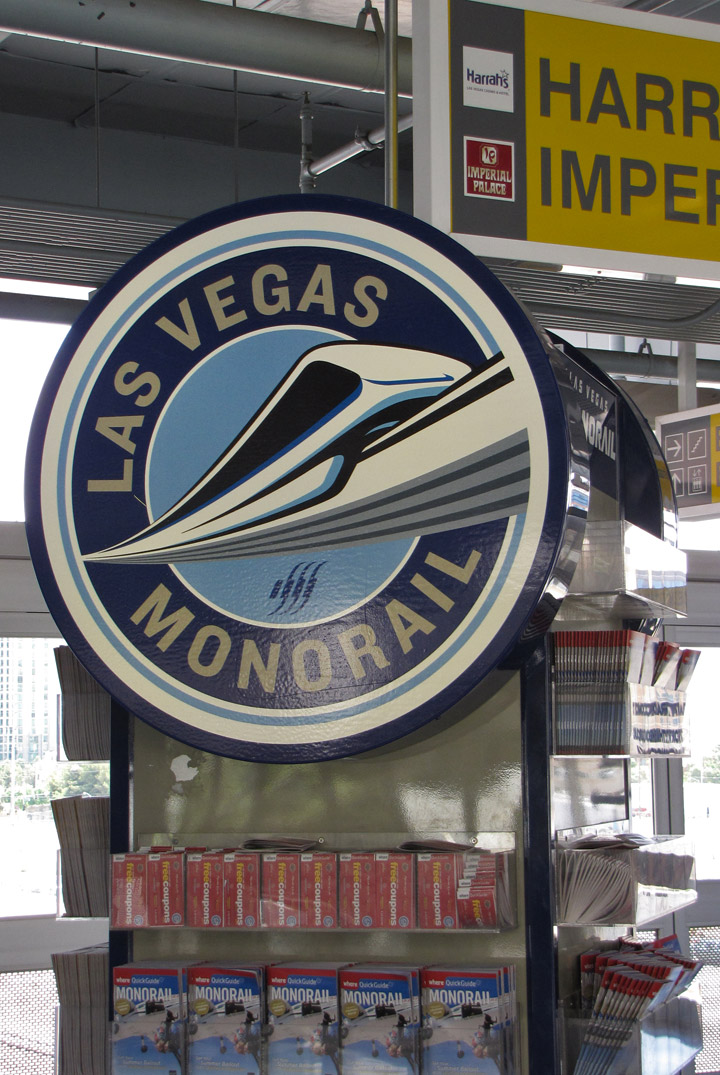 The Las Vegas Monorail (formerly MGM Grand-Bally's Monorail) is a 3.9-mile (6.3 km) monorail mass transit system located on the Las Vegas Strip, in Clark County, Nevada, United States. It connects the unincorporated communities of Paradise and Winchester, and does not actually enter the City of Las Vegas. It is owned and operated by the Las Vegas Monorail Company. For tax purposes, the Monorail is registered as a not-for-profit company, which is allowed under Nevada law since the Monorail provides a public service. The state of Nevada assisted in bond financing, but otherwise no public money was used in construction, and no future taxpayer obligation will be incurred. 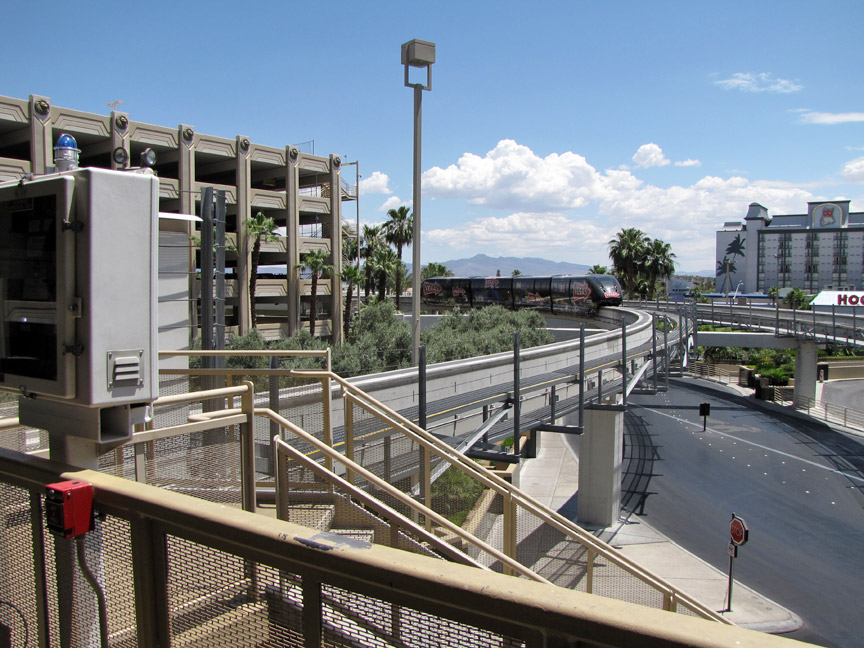 The Las Vegas Monorail project was built by Bombardier Transportation upon an existing free monorail that ran between the MGM Grand and Bally's, closing a long gap in the Strip that tourists usually had to travel on foot. 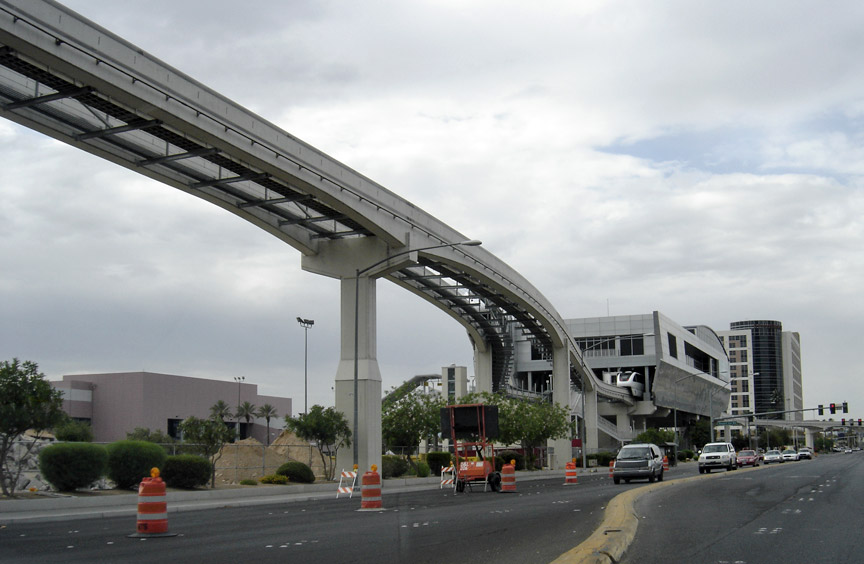 After many delays, the finished Las Vegas Monorail opened to the public on July 15, 2004 with the completion and testing of "Phase 1."

During testing and commissioning, the monorail suffered several malfunctions that delayed the start of passenger service for almost a year. The most severe of these problems related to parts falling from the monorail to the ground under the tracks. 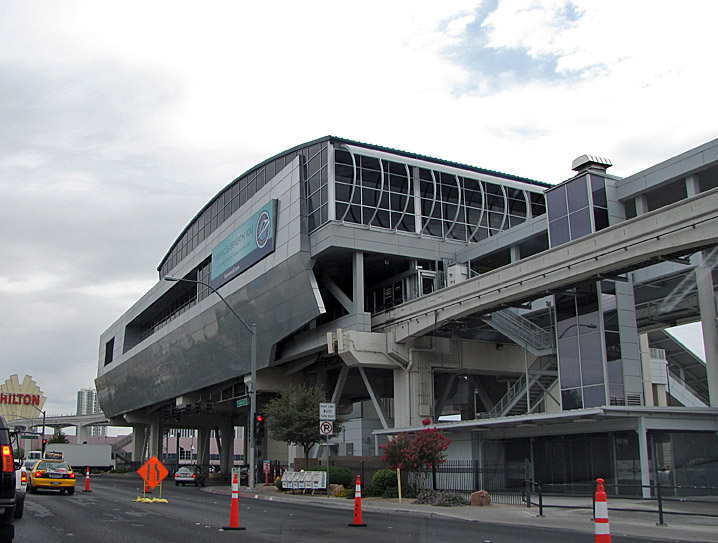 On September 8, 2004, more problems with falling parts led to the closing of the monorail for nearly four months. It reopened on December 24, 2004. A number of repairs were made to the monorail cars during this shutdown. Each time the monorail system requires major engineering changes, it must undergo a lengthy "commissioning" process to confirm the effectiveness and safety of the repairs. The local press reported that each day the monorail was down cost the system approximately $85,000, and that over $8.3 million was lost as a result of this one shutdown.

Transit Systems Management officials cited the good handling of crowds during the Consumer Electronics Show in January 2005 as proof that the system can handle a major convention. 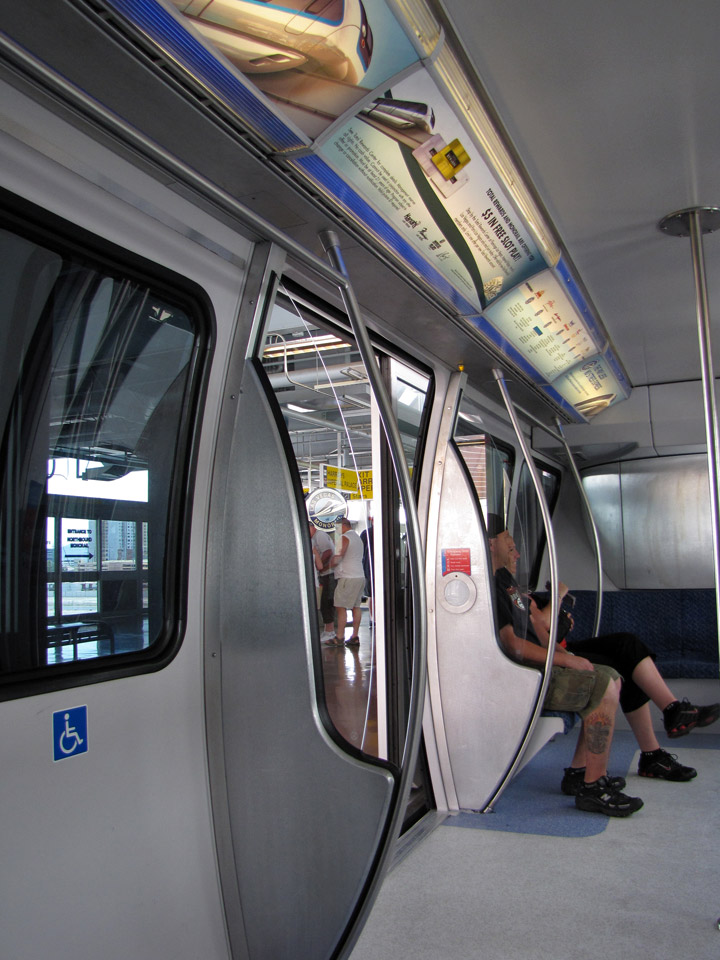 On February 2, 2005, the monorail system had to be shut down again due to problems with the electrical system. Reportedly, a short circuit required replacement of a 30-foot (9.1 m) section of the power rail. The system reopened about 12 hours later.

July 2005 set a record for ridership for the monorail, with over one million passengers. BankWest debuted a red "MoneyRail" branded train, and joins Nextel Communications (now a part of Sprint Nextel Corporation), Hansens Beverage, and Paramount Studios (with a Star Trek themed train) as corporate sponsors. 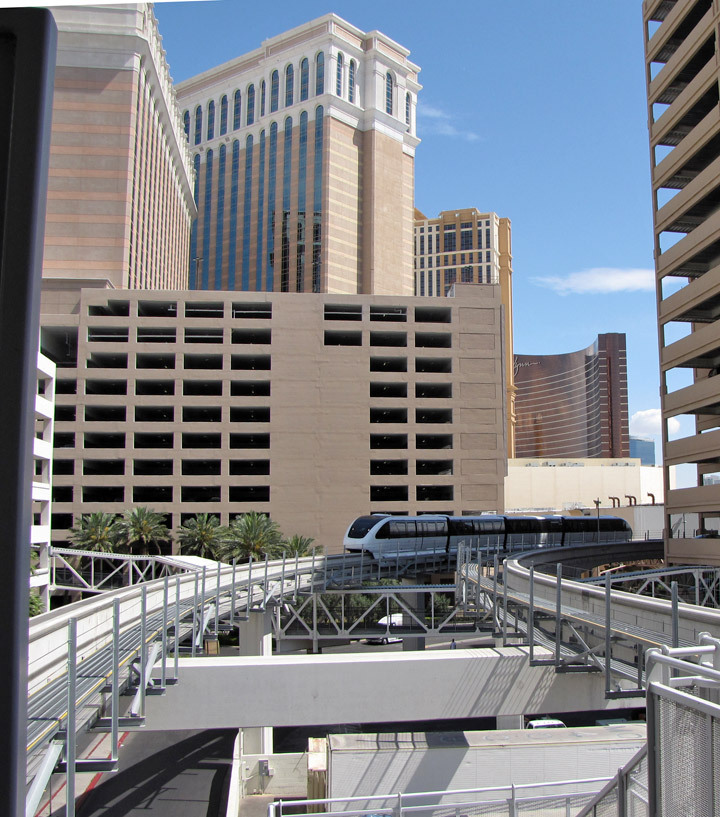 Expansion plans took a step forward on November 1, 2005, when the County Commission approved a study into the feasibility of an airport extension. 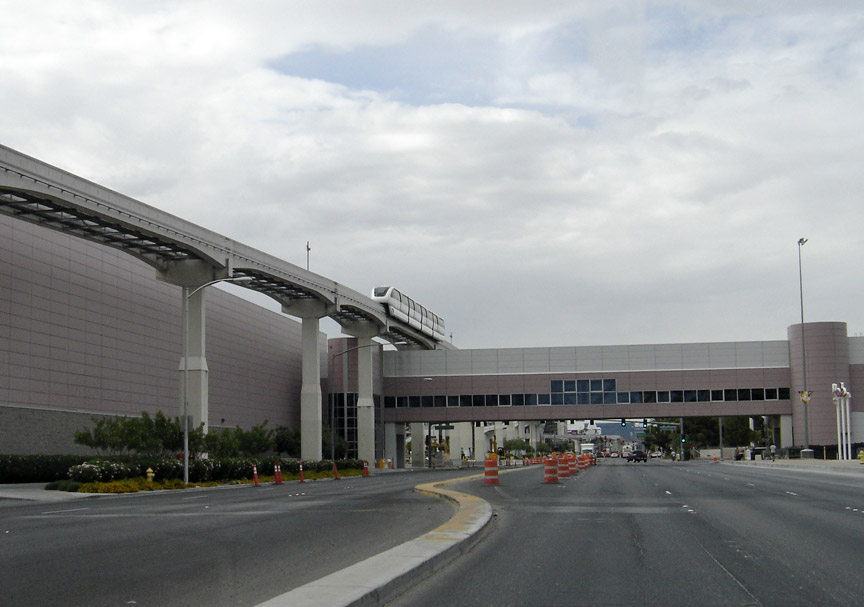 On June 6, 2006, it was announced by the Las Vegas Monorail Corporation that Las Vegas Monorail revenues rose nearly 16 percent from the previous year, to $3,250,565 in April 2006. Likewise, ridership had also increased, from 563,823 riders in January 2006 to 704,527 in April 2006. New ticket distribution and marketing efforts had been implemented to continue the trend, including a ticket brokerage program that provided convention attendees with monorail tickets in advance and a national public relations program.

The present monorail (Phase 1 of the overall project) begins at the MGM Grand Hotel near the south end of The Strip, and runs roughly parallel to the Strip on its eastern side. The monorail passes next to the Convention Center and the Las Vegas Hilton, both with stations, before ending at the Sahara hotel at the north end of the Strip. The ride takes about fifteen minutes to travel its total distance of 3.9 miles (6.3 km). 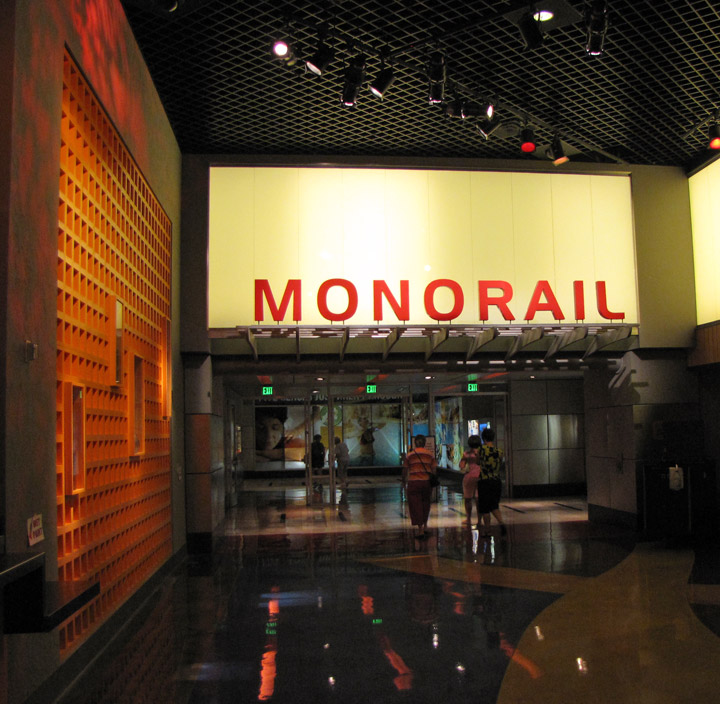 The monorail generally runs behind the eastern Strip side hotels and casinos, a long block away from the Strip. To get to the Strip thus usually requires a walk through a casino, emerging upon the Strip in front of the property. This lack of a direct presence on the Strip along with criticized ticket prices has been a factor in the rather slow acceptance of the monorail.