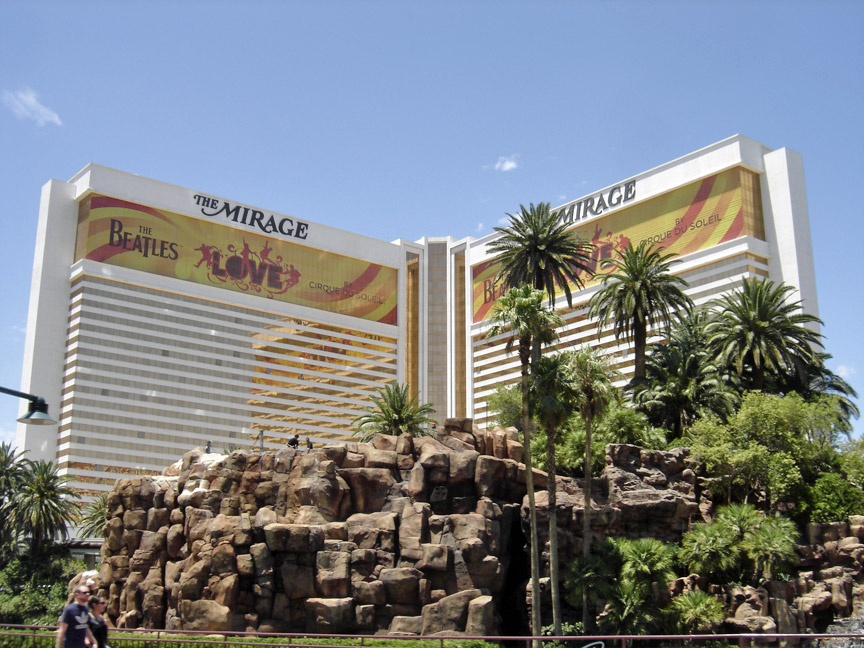 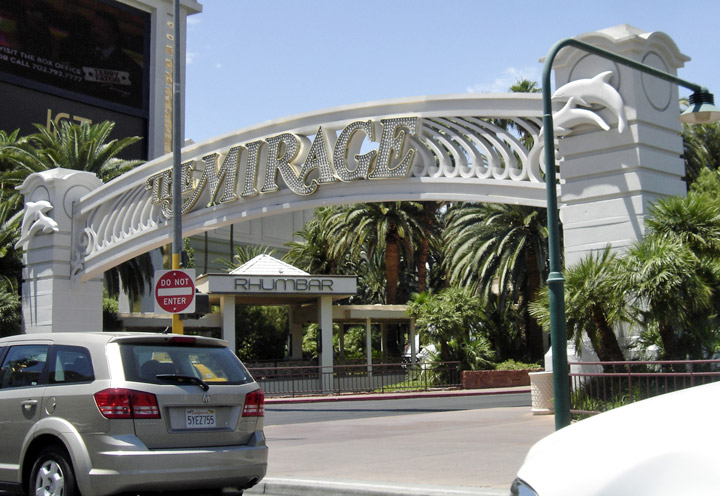 The Las Vegas Strip is an approximately 3.8 mi (6.1 km) stretch of Las Vegas Boulevard South in Clark County, Nevada, United States. A small portion of The Strip lies in Las Vegas, but most of it is in the unincorporated areas of Paradise and Winchester. Most of "The Strip" has been designated an All-American Road. 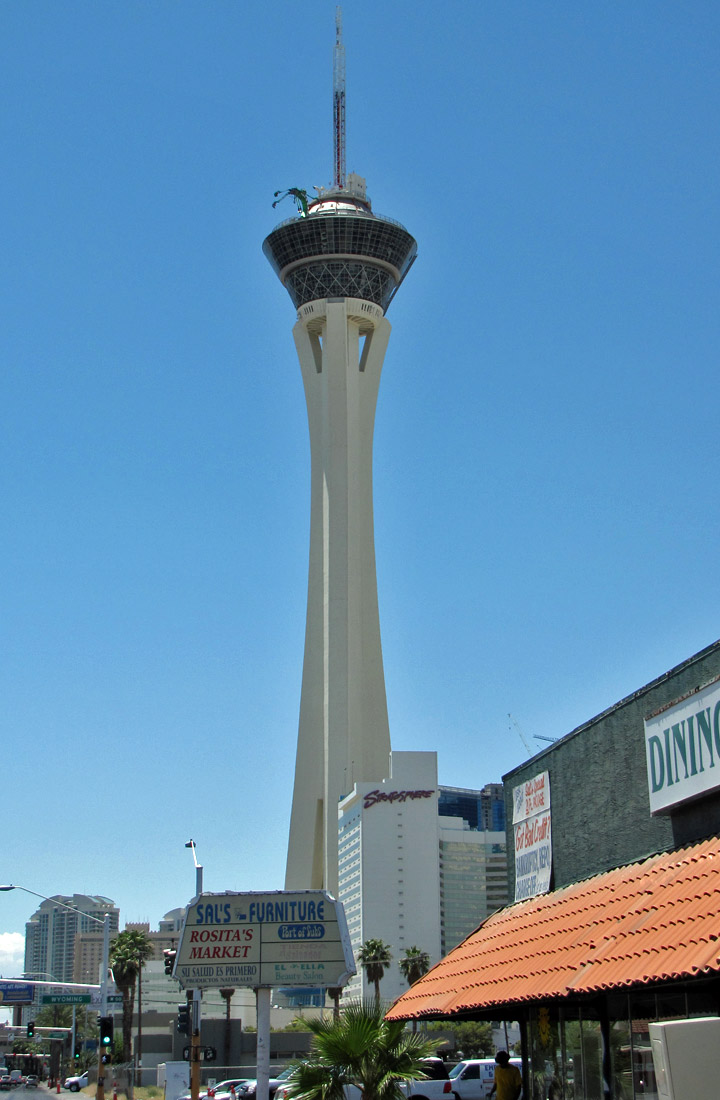 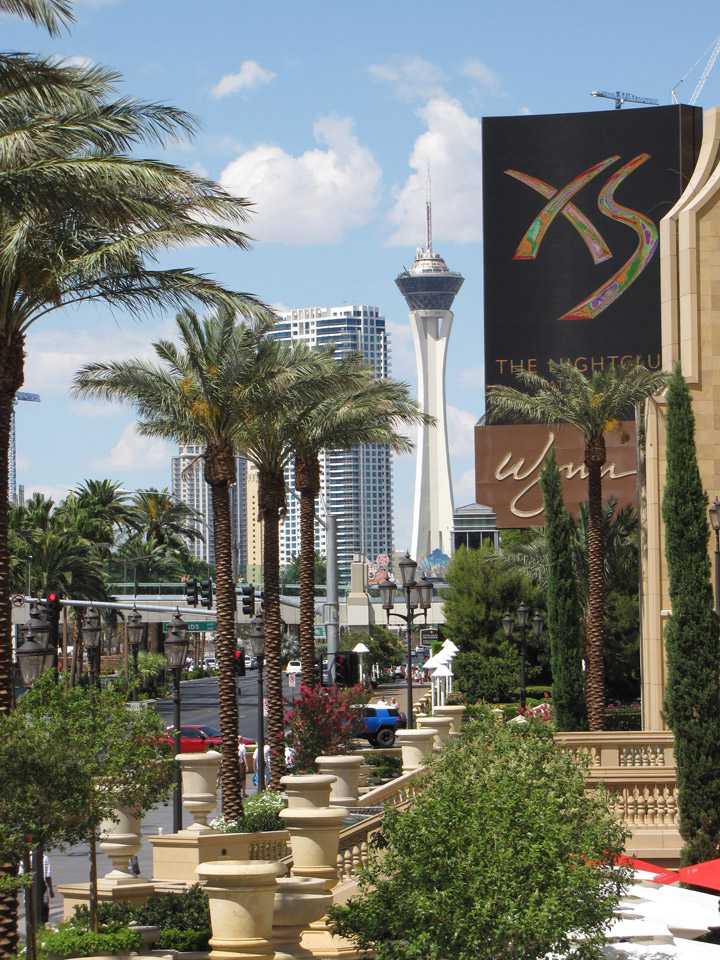 Many of the largest hotel, casino and resort properties in the world are located on the world famous Las Vegas Strip. Nineteen of the world's twenty-five largest hotels by room count are on the Strip, with a total of over 67,000 rooms. 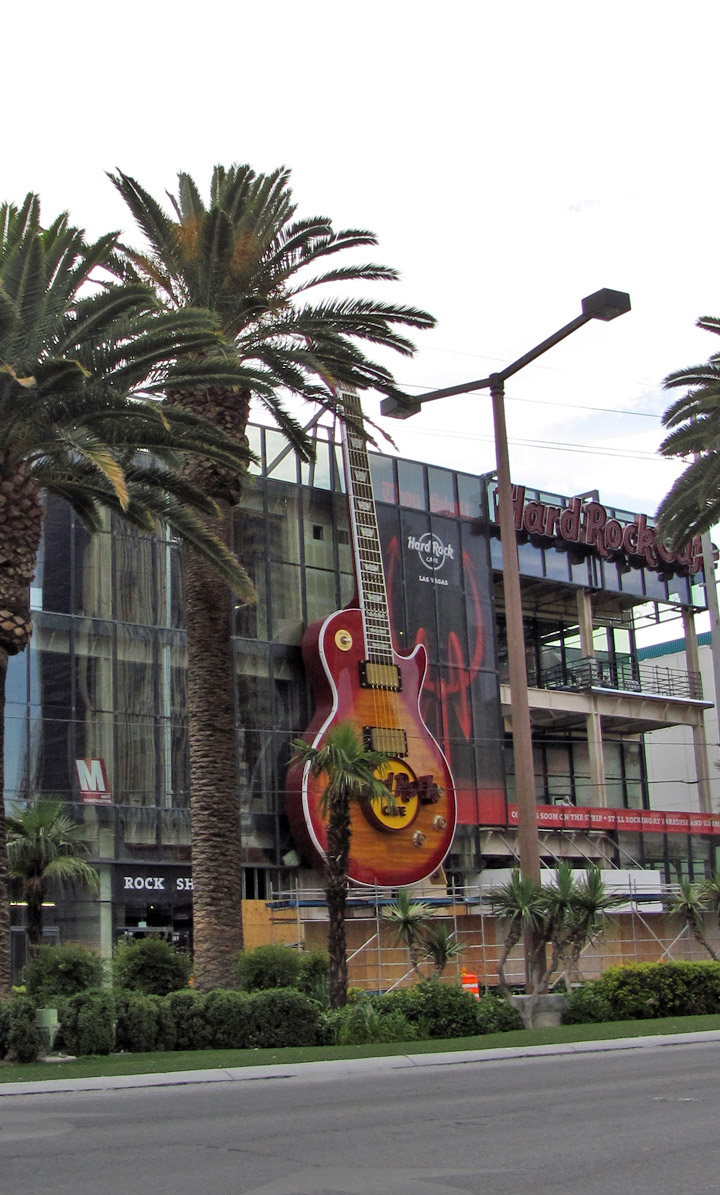 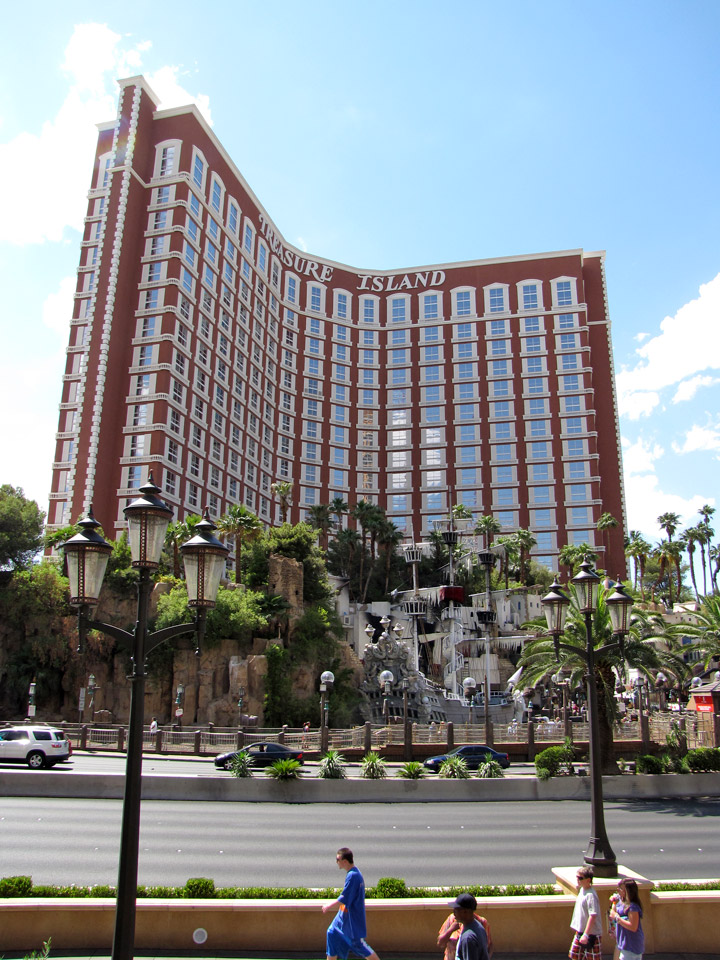 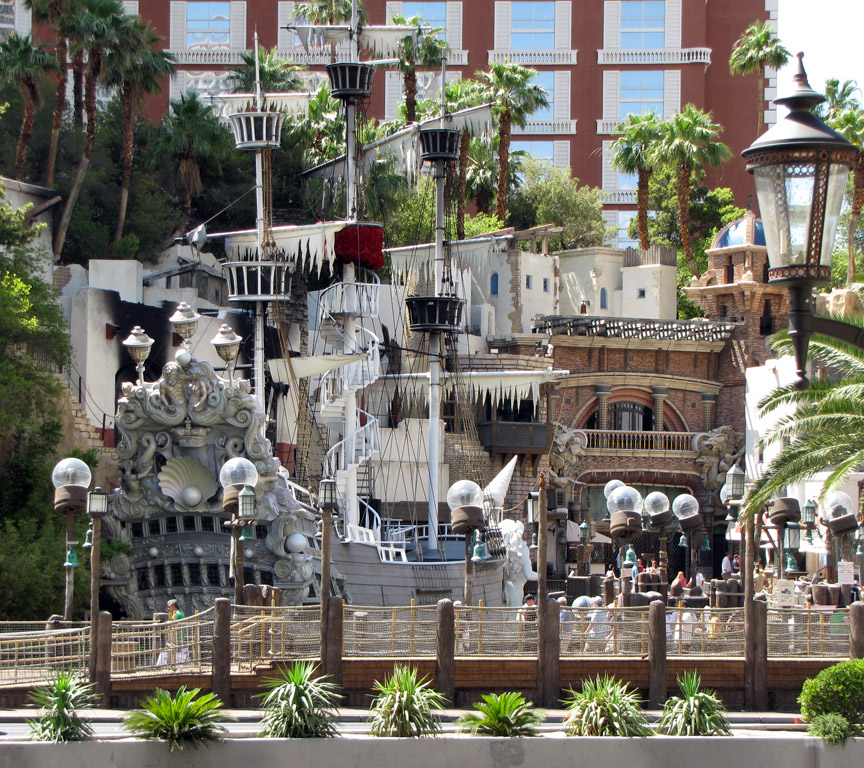 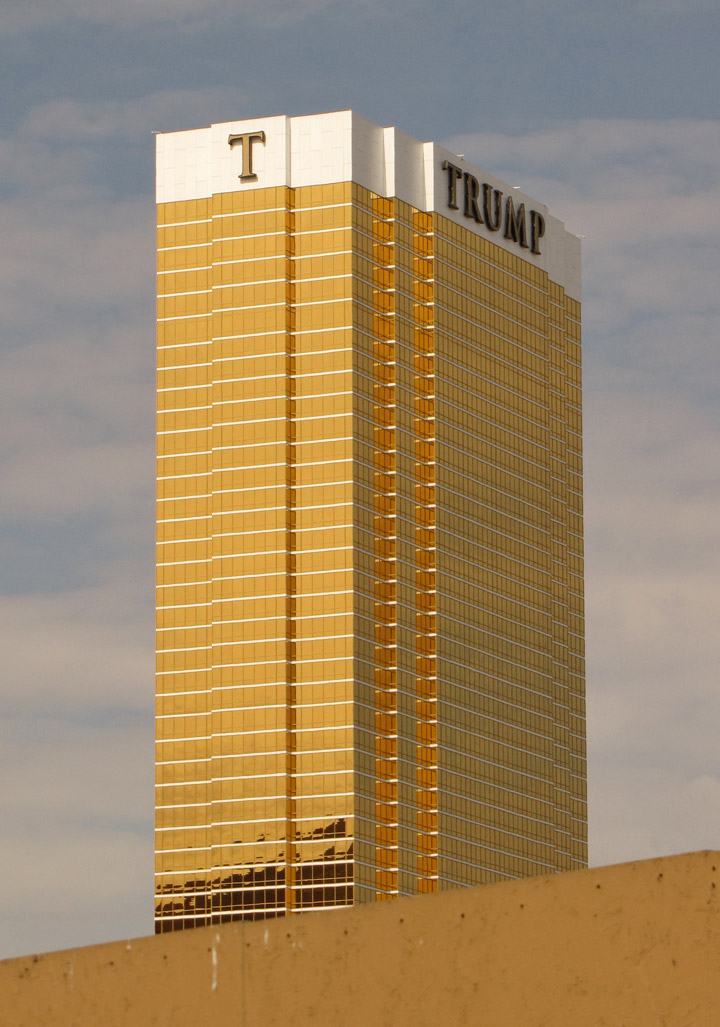 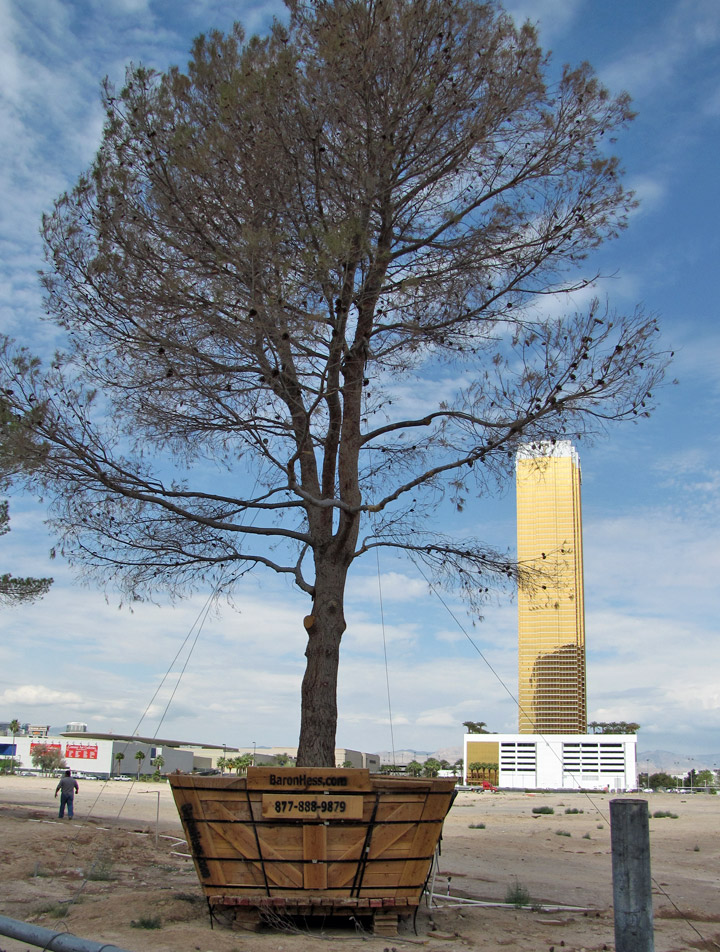 One of the most visible aspects of Las Vegas' cityscape is its use of dramatic architecture. The modernization of hotels, casinos, restaurants, and residential high-rises on the Strip has established the city as one of the most popular destinations for tourists. 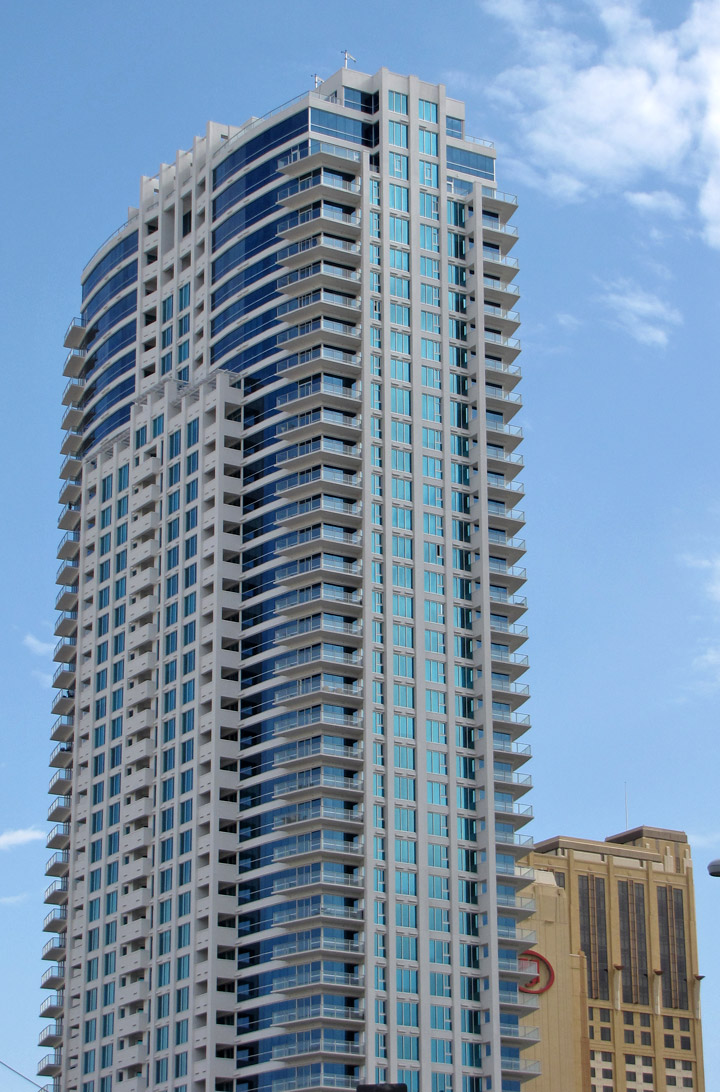 In the strictest sense, "the Strip" refers only to Las Vegas Boulevard, roughly between Sahara Avenue and Russell Road, a distance of 4.1 miles (6.6 km). However, the term is often used to refer not only to the road but also to the various casinos and resorts that line the road, and even to properties which are not on the road but in proximity. Certain government agencies, such as the Nevada Gaming Commission, classify properties as "Las Vegas Strip" for reporting purposes, although these definitions can include properties which are 1 mile (1.6 km) or more away from Las Vegas Boulevard (such as the Hard Rock Hotel & Casino). Phrases such as Strip Area, Resort Corridor or Resort District are sometimes used to indicate a larger geographical area. 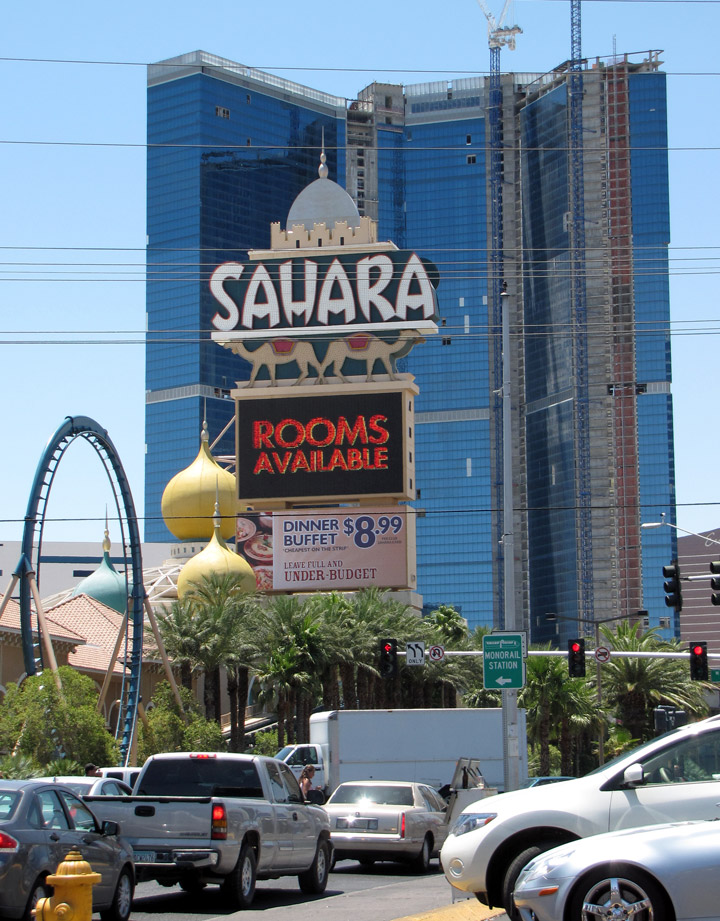 The Stratosphere, situated 0.25 miles (0.40 km) north of Sahara, is regarded as the northern boundary of the Strip. At one time, the southern end of the Strip was Tropicana Avenue, but continuing construction has extended this boundary to Russell Road. Mandalay Bay is located just north of Russell Road. 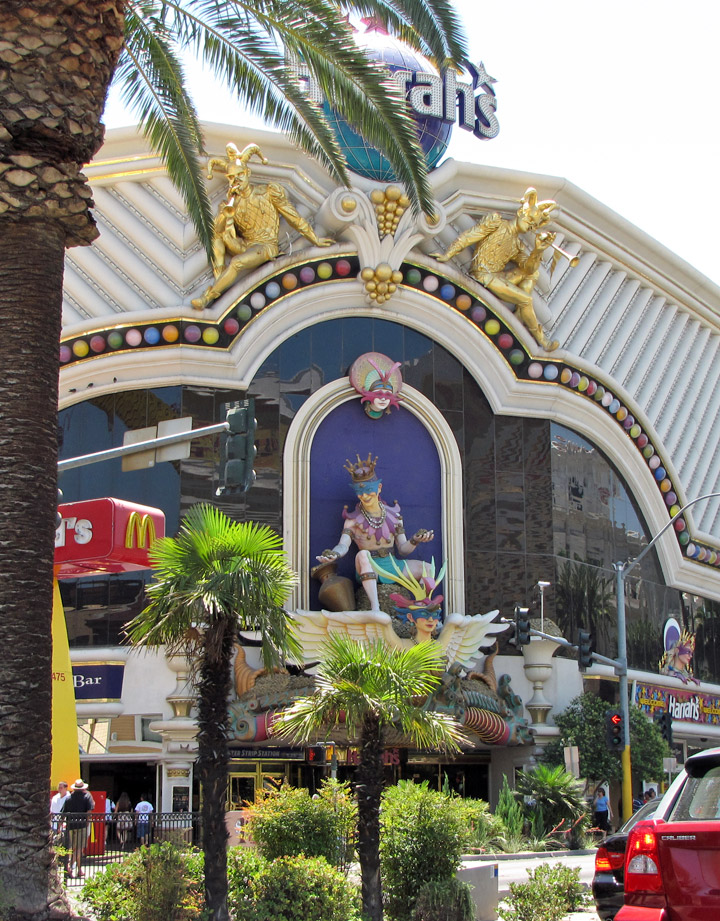 Because of the number and size of the resorts, the Resort Corridor can be quite wide. Interstate 15 runs roughly parallel and 1 to 2 miles (1.6 to 3.2 km) to the west of Las Vegas Boulevard for the entire length of the Strip. Paradise Road runs to the east in a similar fashion, and ends at East St. Louis Avenue. The eastern side of the Strip is bounded by McCarran International Airport south of Tropicana Avenue. North of this point, the Resort Corridor can be considered to extend as far east as Paradise Road, although some consider Koval Lane as a less inclusive boundary. Interstate 15 is sometimes considered the western edge of the Resort Corridor from Interstate 215 to Spring Mountain Road. North of this point, Industrial Road serves as the western edge. Some resorts such as The Rio and the The Palms are actually west of Interstate 15, so a more inclusive definition might extend west to Valley View Boulevard or Arville Street. 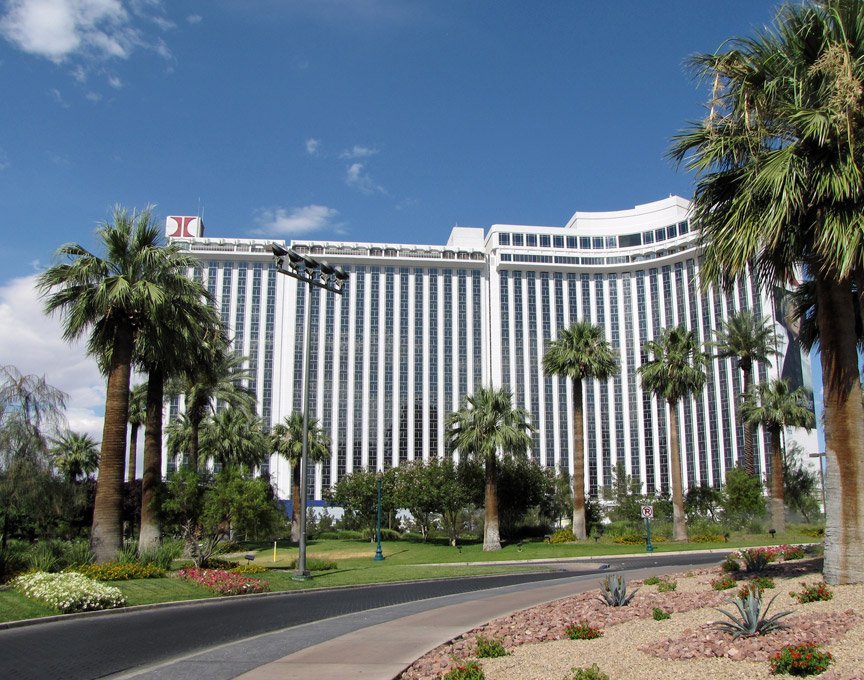 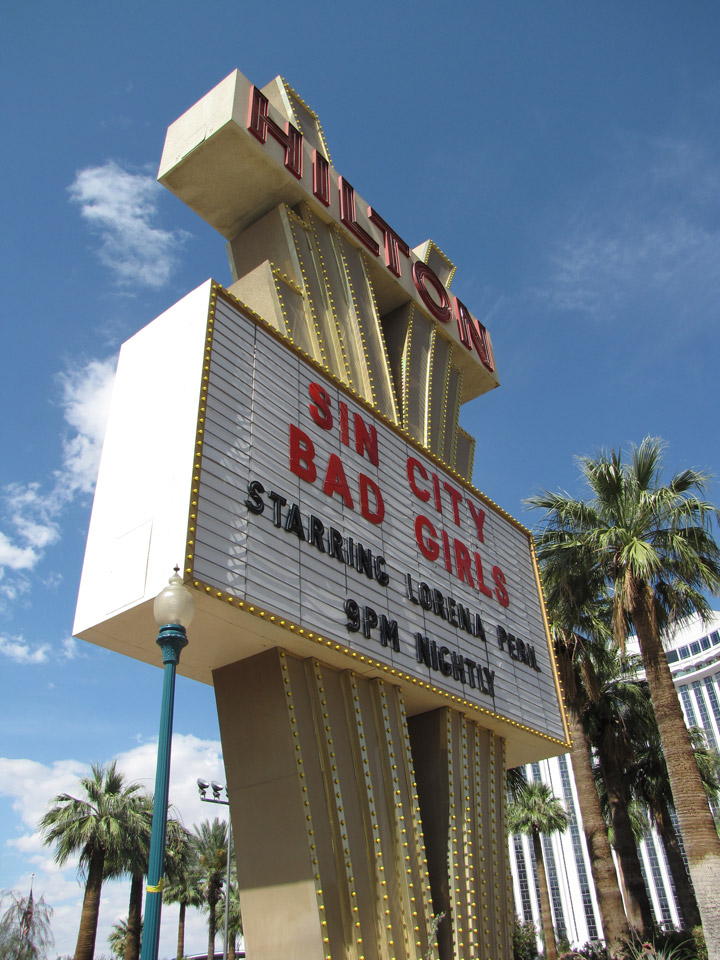 The famous Welcome to Fabulous Las Vegas sign is located in the median just south of Russell Road, across from the now-defunct Klondike Hotel & Casino; another similar sign is in the median at the north end of the Strip near the intersection of east St. Louis and south Main Streets. 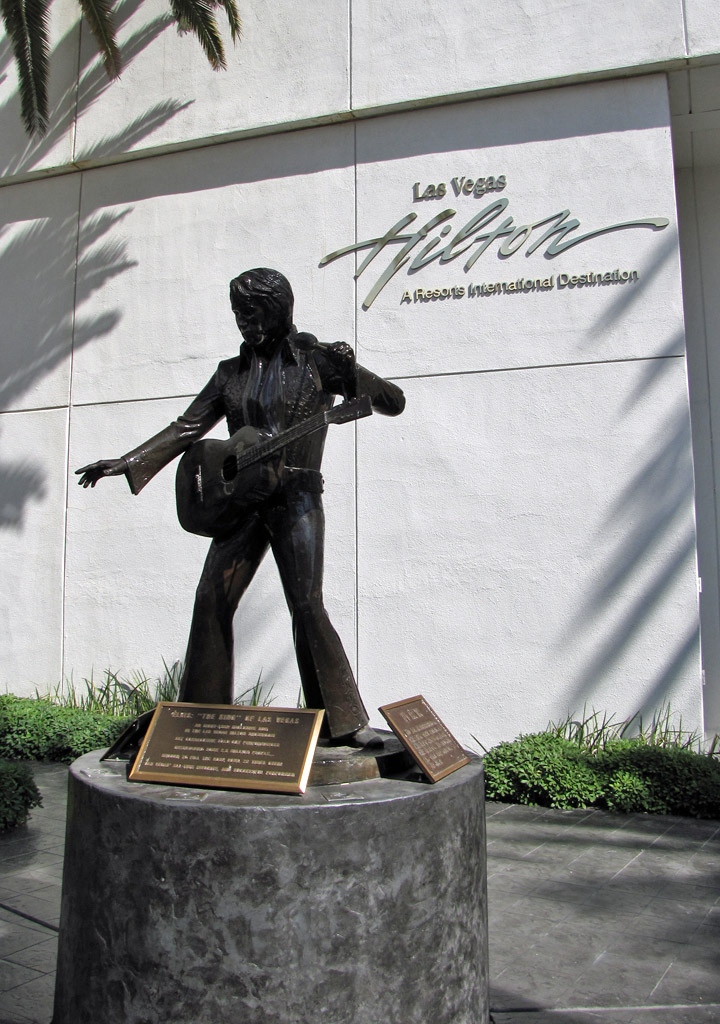 Where Elvis was a long time entertainer

The first casino to be built on Highway 91 was the Pair-o-Dice Club in 1931; the first on what is today's Strip was the El Rancho Vegas, opening on April 3, 1941 with 63 rooms and standing for almost 20 years before being destroyed by fire in 1960. Its success spawned a second hotel on what would become The Strip, the Hotel Last Frontier, in 1942. The Flamingo opened a few years later, on December 26, 1946. 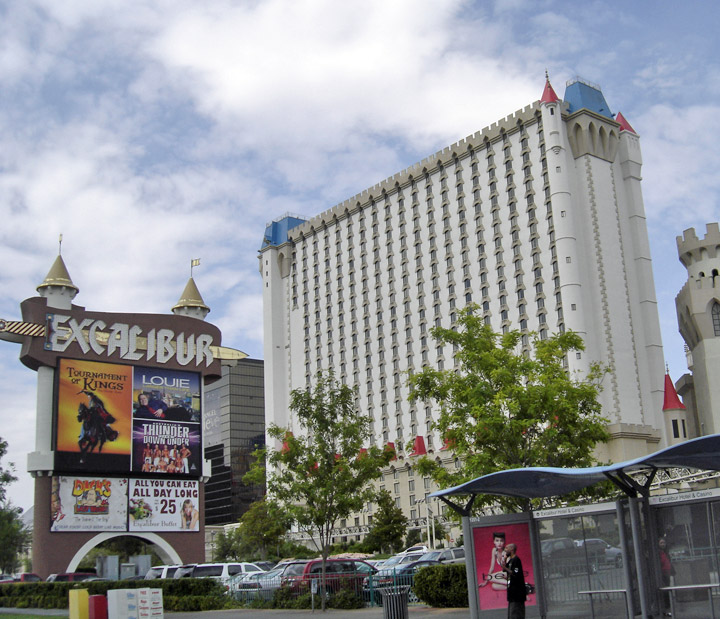 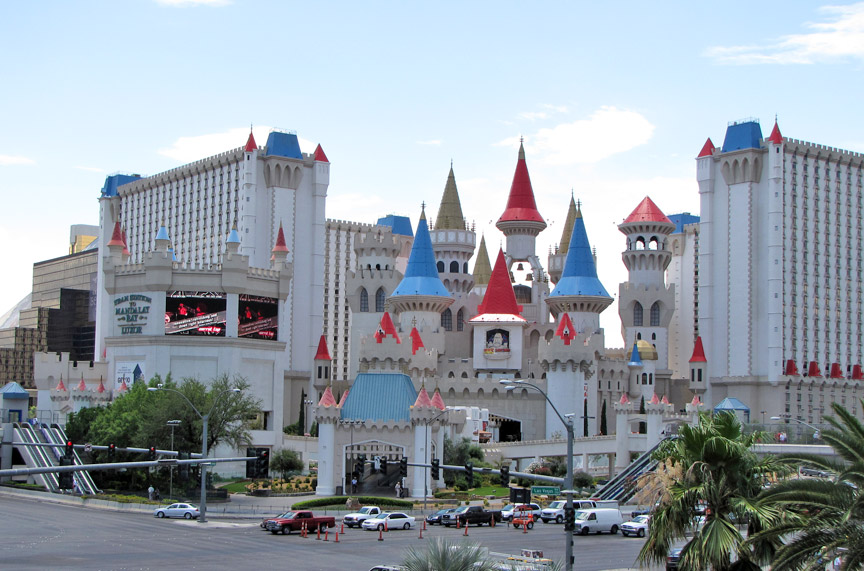 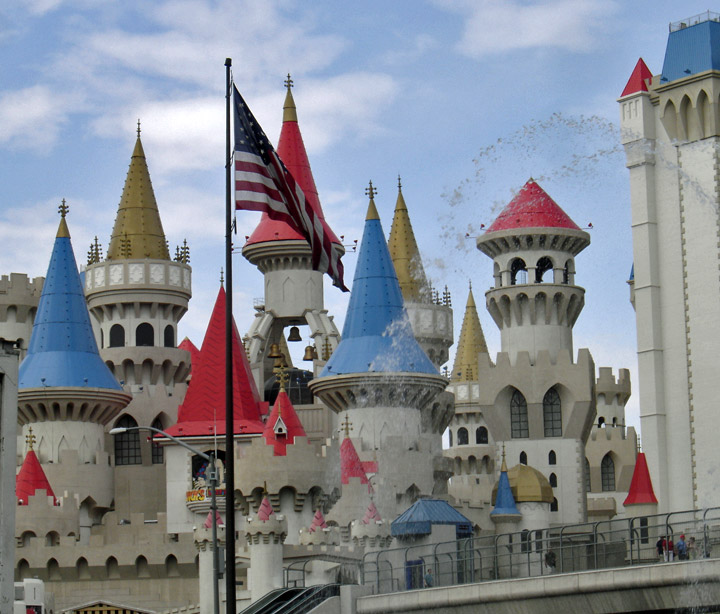 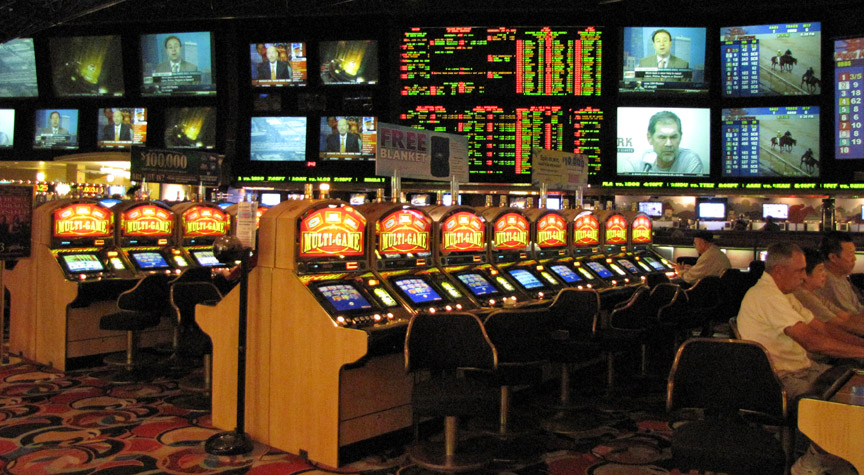 The first MGM Grand Hotel and Casino, also a Kerkorian property, opened in 1973 with 2,084 rooms. At the time, this one of the largest hotels in the world by number of rooms (Rossiya Hotel in Moscow, for one, was larger). On November 21, 1980, the MGM Grand suffered the worst resort fire in the history of Las Vegas, killing 87 people as a result of electrical problems. It reopened eight months later. In 1986, Kerkorian sold the MGM Grand to Bally Manufacturing, and it was renamed Bally's. 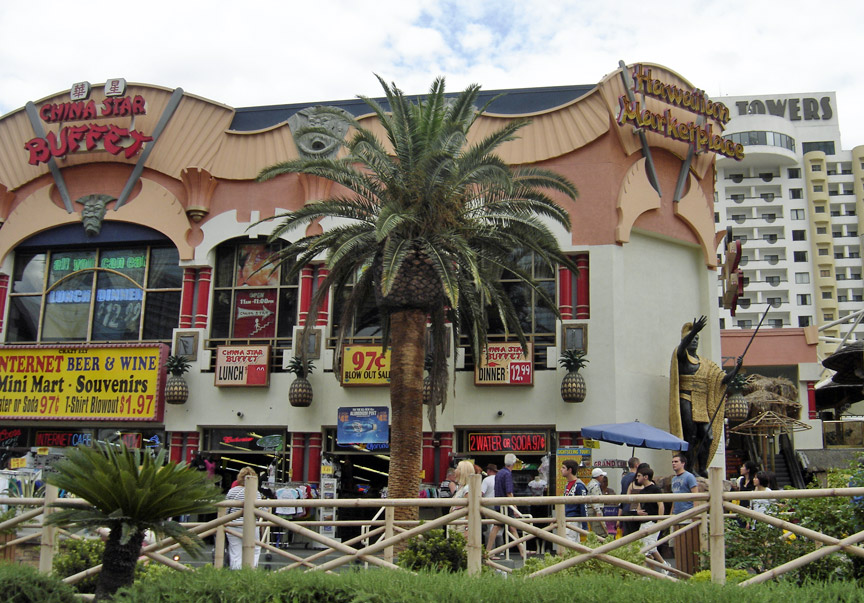 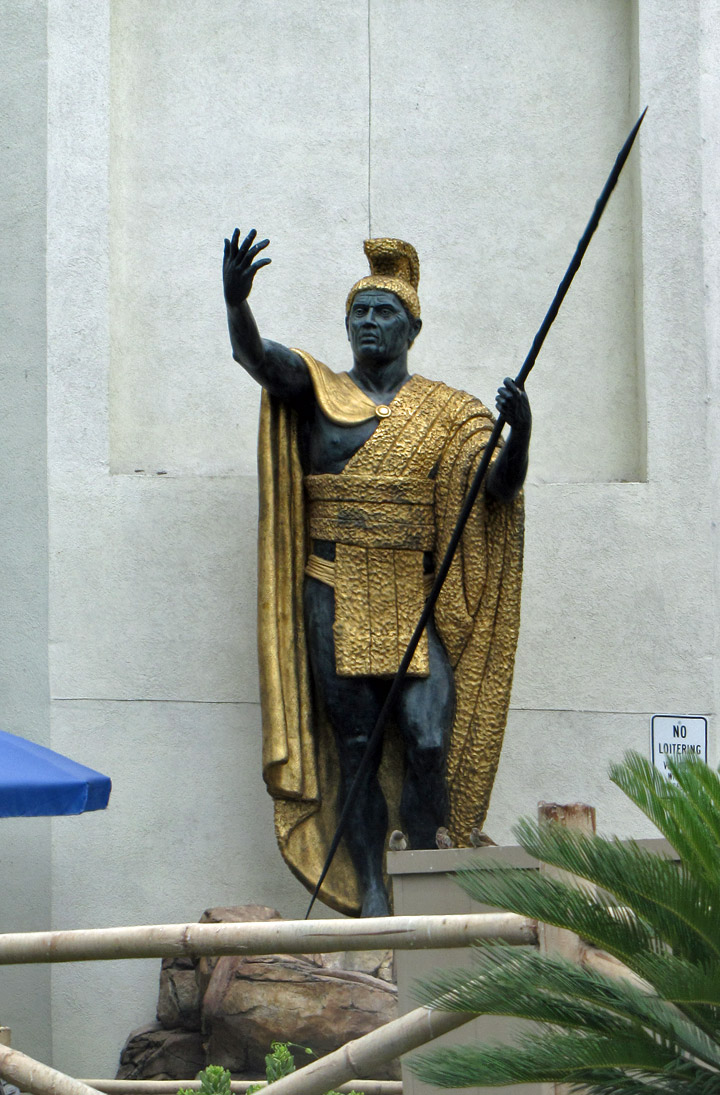 The Wet 'n Wild water park opened in 1985 and was located on the south side of the Sahara hotel. The park closed at the end of the 2004 season and was later demolished.
Las Vegas Strip at night with the Aladdin (Now Planet Hollywood) 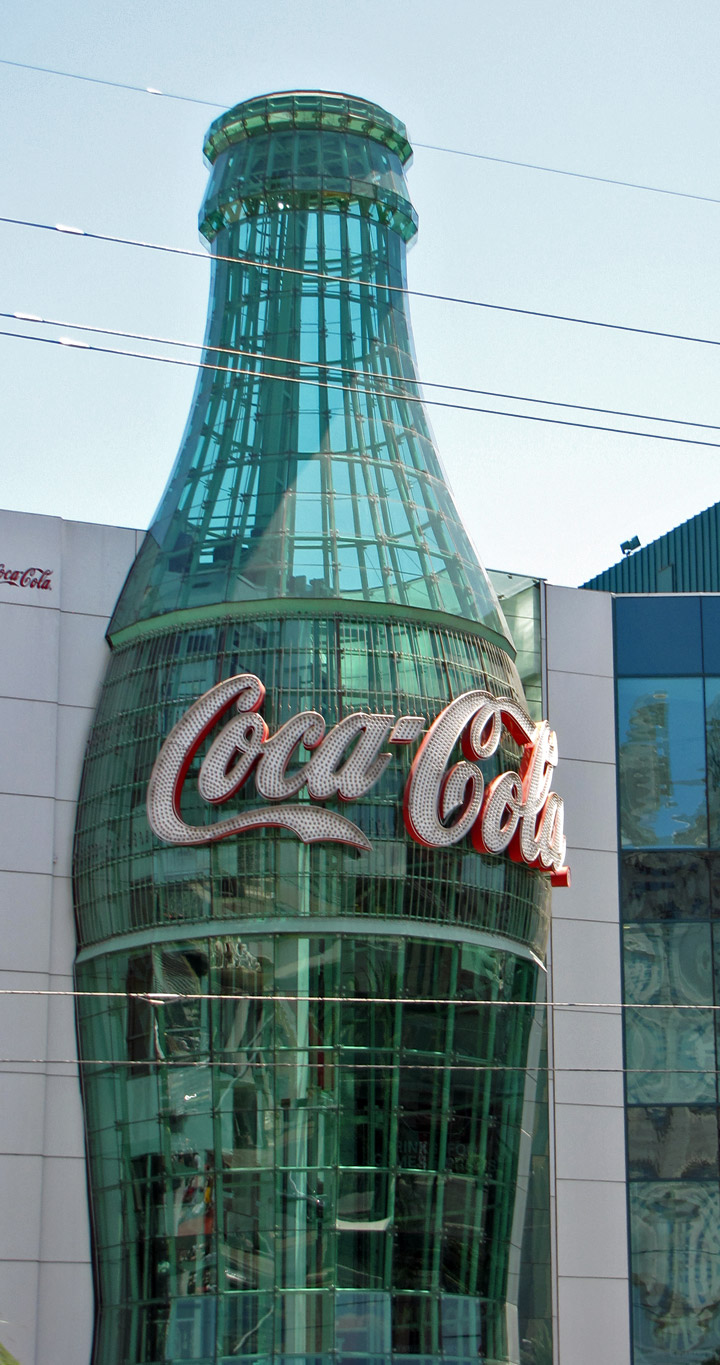 The opening of The Mirage in 1989 set a new level to the Las Vegas experience, as smaller hotels and casinos made way for the larger mega-resorts. These huge facilities offer entertainment and dining options, as well as gambling and lodging. This change impacted the smaller, well-known and now historic hotels and casinos, like The Dunes, The Sands and the Stardust. 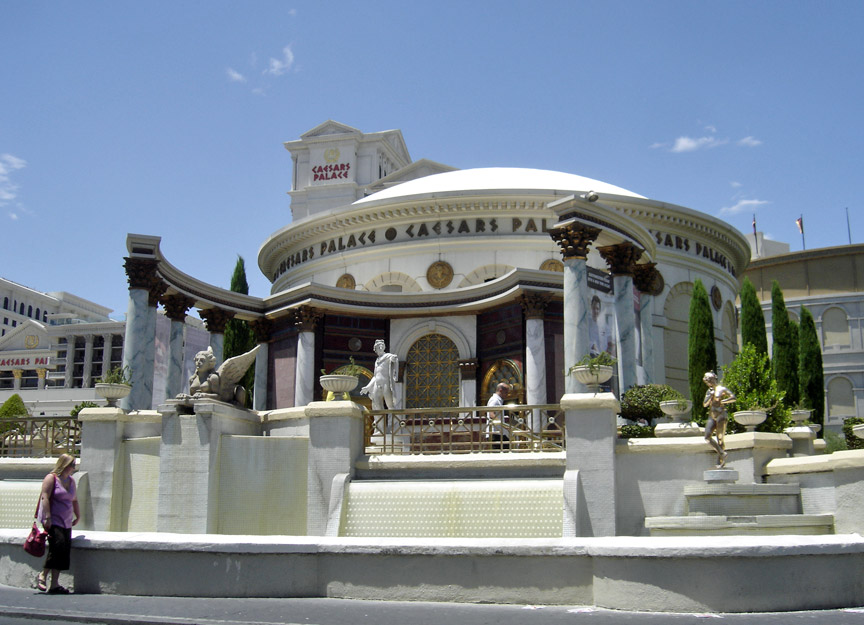 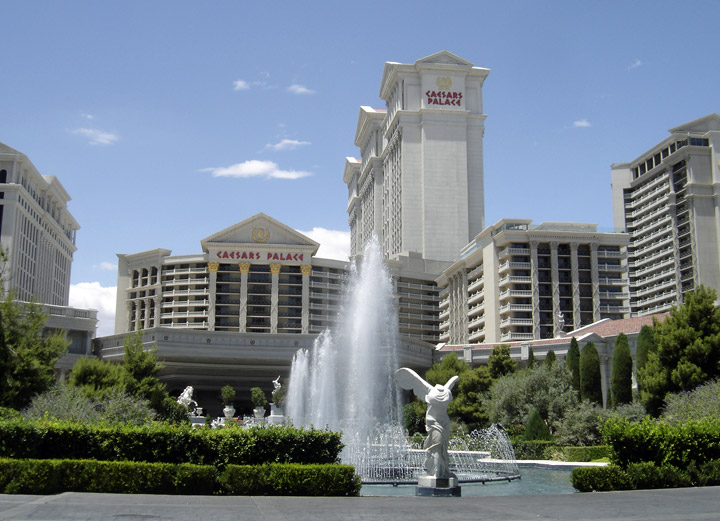 In 1995, following the death of Dean Martin, the lights along the strip were dimmed in a sign of respect to him. They did the same thing in 1998 in honor of the recently deceased Frank Sinatra. In 2005, Clark County renamed a section of Industrial Road (south of Twain Avenue) as Dean Martin Drive, also as a tribute to the famous Rat Pack singer, actor, and frequent Las Vegas entertainer. 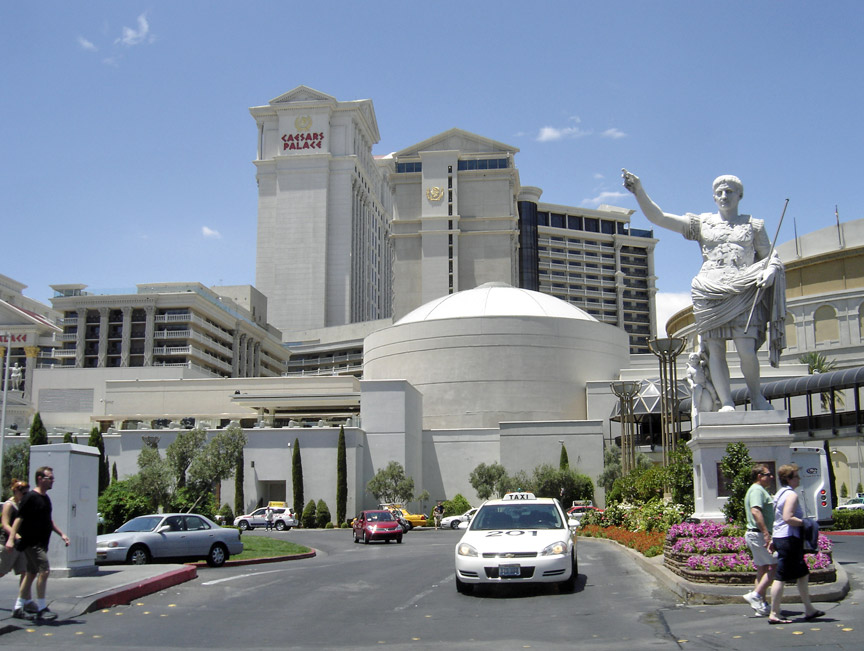 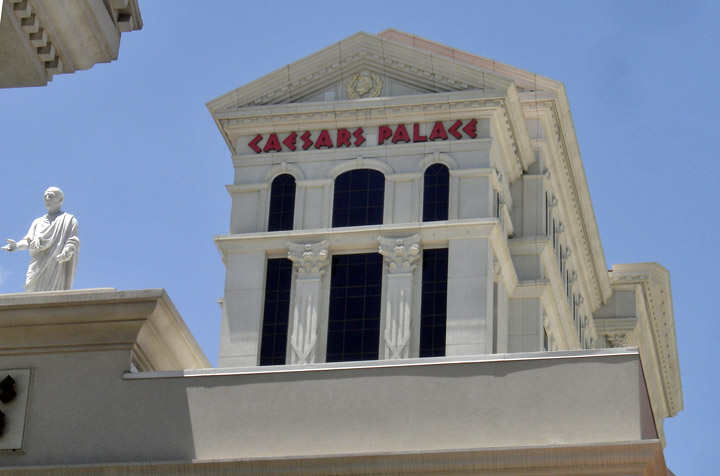 In an effort to attract families, resorts offered more attractions geared toward youth, but had limited success. The (current) MGM Grand opened in 1993 with Grand Adventures amusement park, but the park closed in 2000 due to lack of interest. Similarly, in 2003 Treasure Island closed its own video arcade and abandoned the previous pirate theme, adopting the new ti name. 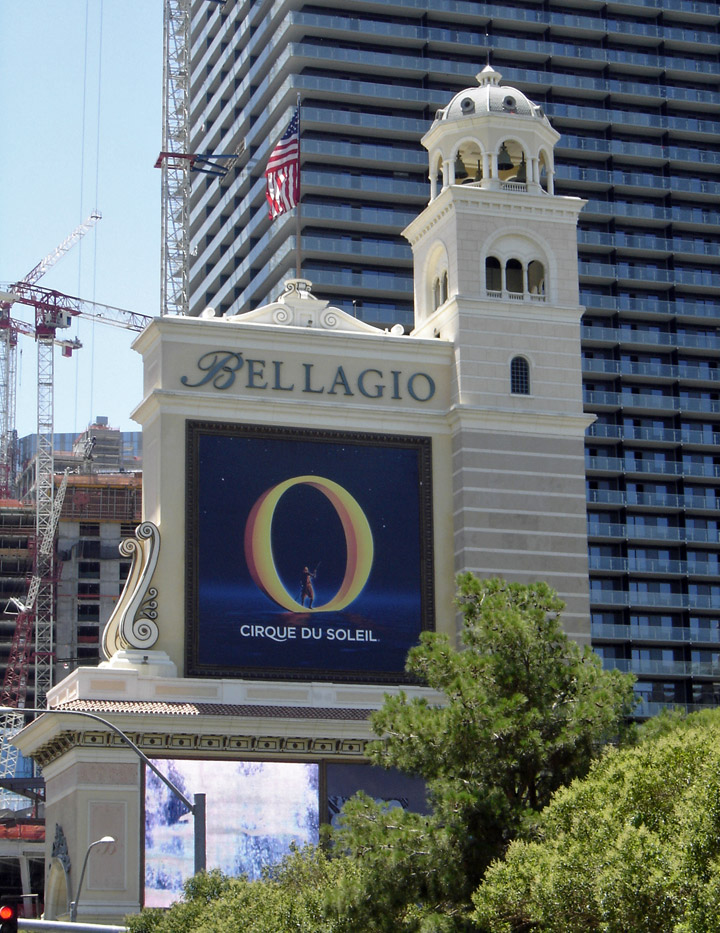 
Downtown Las Vegas hotels and casinos suffered heavily from the Strip's boom. They have funneled money into remodeling the facades of casinos, adding additional security and new attractions, like the Fremont Street Experience and Neonopolis (complete with movie theaters (now closed, as of May 2009)). 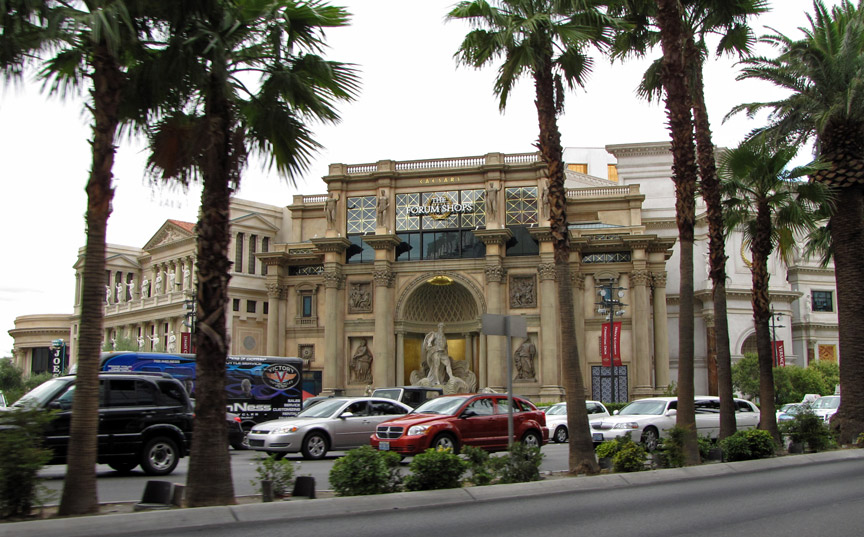 In addition to the large hotels, casinos and resorts, The Strip is home to a few smaller casinos, motels and other attractions, such as M&M World, Adventuredome and the Fashion Show Mall. Starting in the mid-1990s, The Strip became a popular New Year's Eve celebration destination. 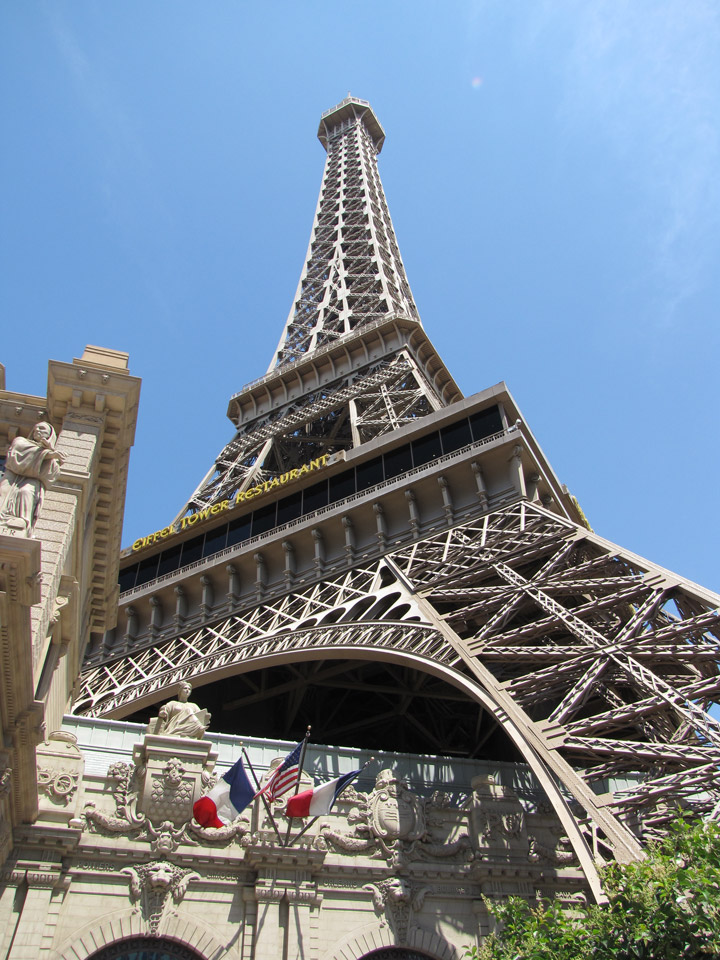 In 2004, MGM Mirage announced plans for Project CityCenter, a 66 acre (600,000 m²), $7 billion multi-use project on the site of the Boardwalk hotel and adjoining land. It will consist of hotel, casino, condo, retail and other uses on the site. When completed, City Center will be the largest such complex in the world. Construction began in April 2006, and the first elements of this project are expected to be available in 2009. 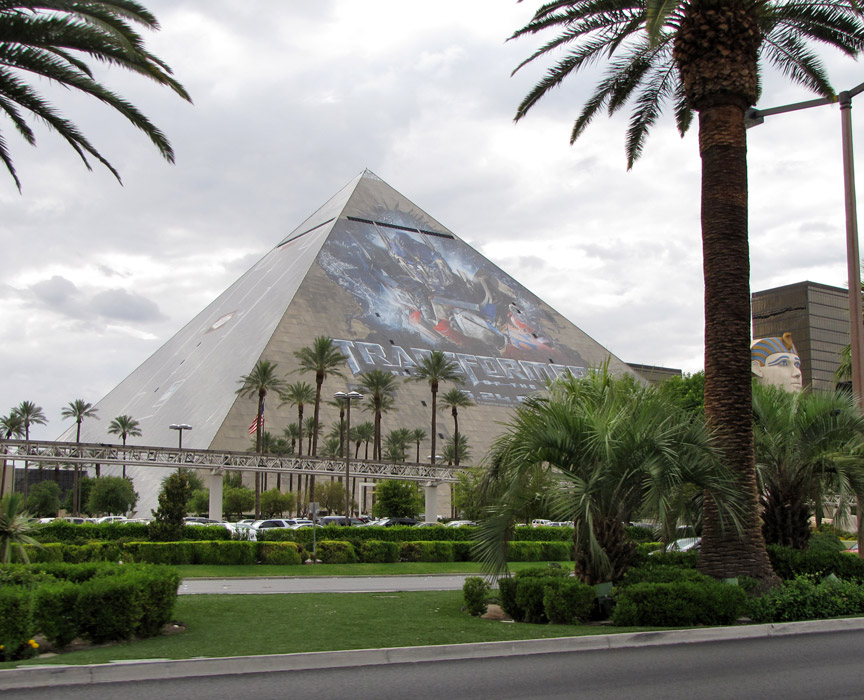 More Photo of the Luxor Resort

In 2006, the Las Vegas Strip lost its longtime status as the world's highest-grossing gambling center, falling to second place behind Macau.