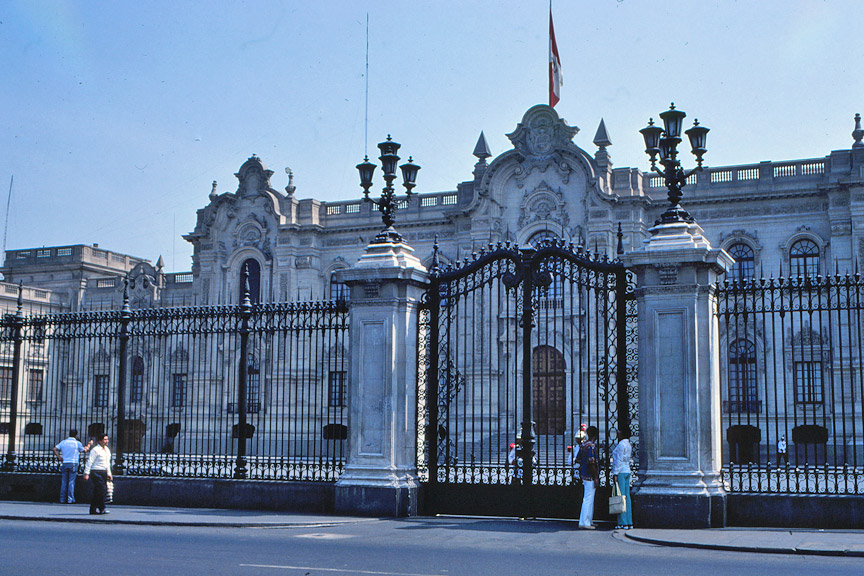 Metropolitan Lima covers an immense area, about 1010 sq km (390 sq mi). It runs north-south along the Pacific coast for more than 50 km (31 mi), and extends nearly 40 km (25 mi) from east to west, following the Rímac River inland from the ocean. Most of the city is characterized by low-density construction, with one-, two-, and three-story buildings. In the city’s downtown core and in several upscale suburban areas, notably Miraflores and San Isidro, high-rise buildings dominate the skyline. 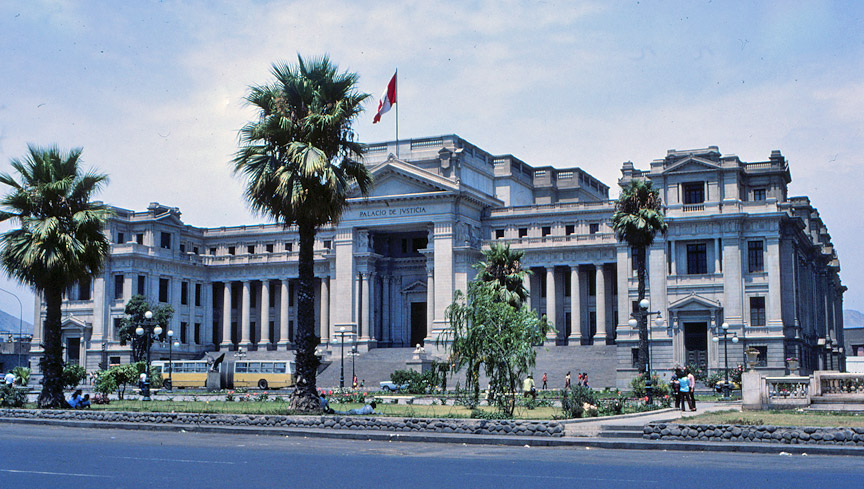 Commercial activity is spread throughout the city, but is most concentrated in the traditional urban core and in the wealthy suburbs. The city’s port, Callao, is connected to the downtown area by an industrial belt almost 10 km (6 mi) long. A second, newer industrial zone runs eastward up the Rímac River Valley into the Andes foothills. 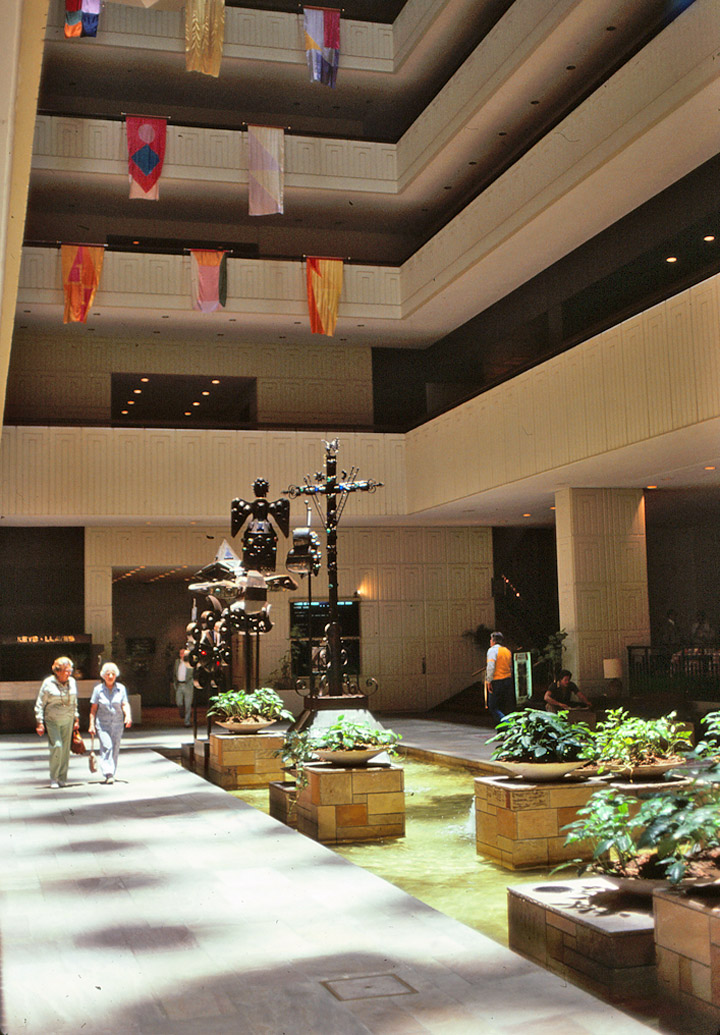 Residential districts dominate much of the city’s area. Near the city core these range from tenements to high-density apartment complexes, some built as part of government housing programs in the 1960s. Middle- and upper-class Peruvians live in neighborhoods farther from the city core, especially in a string of suburbs stretching along the Avenida Arequipa nearly 15 km (9 mi) southeast to Miraflores. 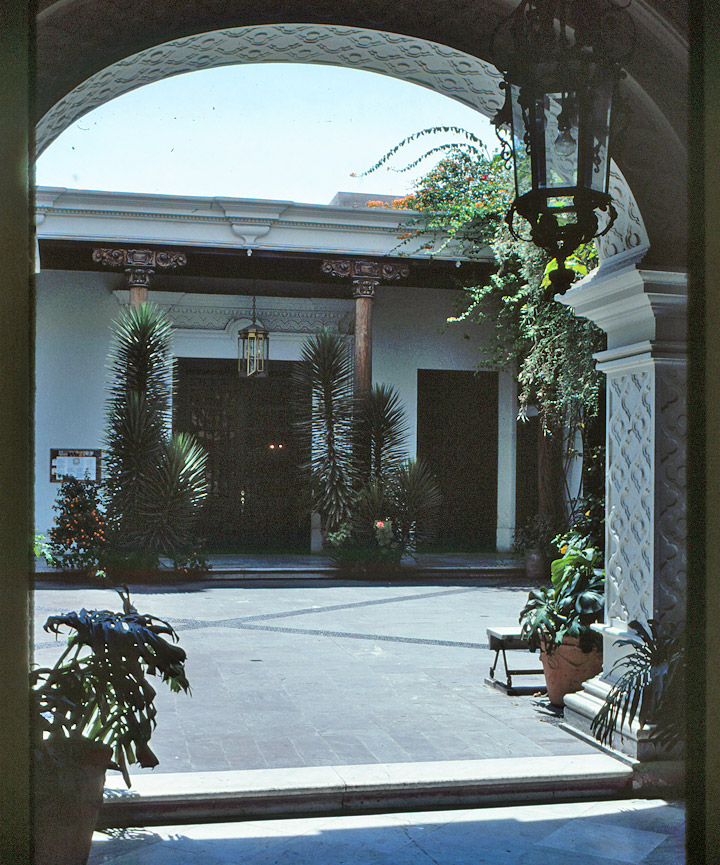 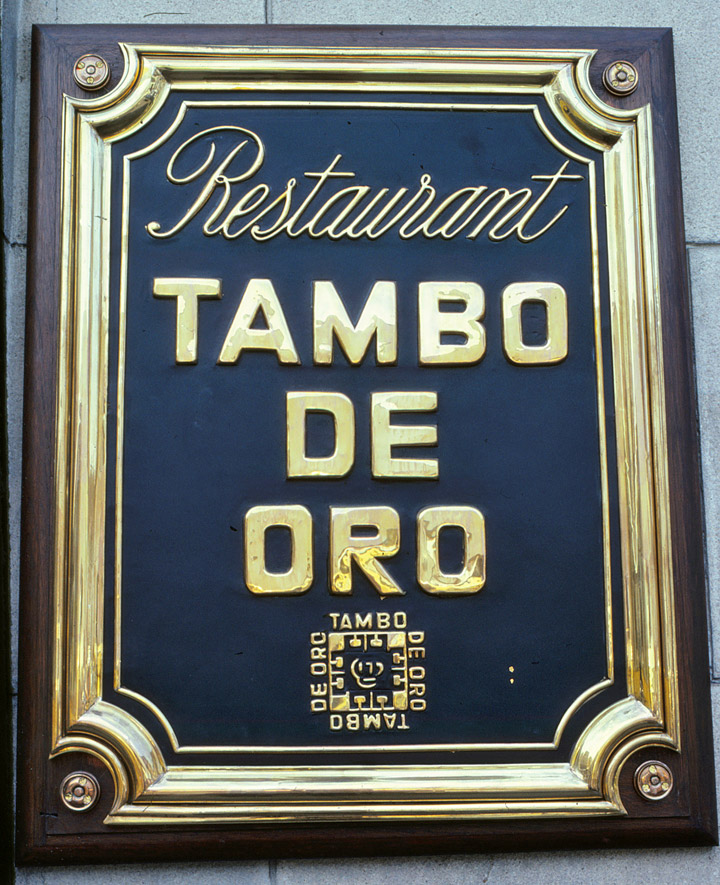 On the city’s margins, however, vast squatter settlements have mushroomed, as large numbers of rural Peruvians have migrated to the city seeking a better life. More than one-third of Lima’s population is estimated to live in such settlements, known as pueblos jovenes (young towns) or barriadas (shantytowns). 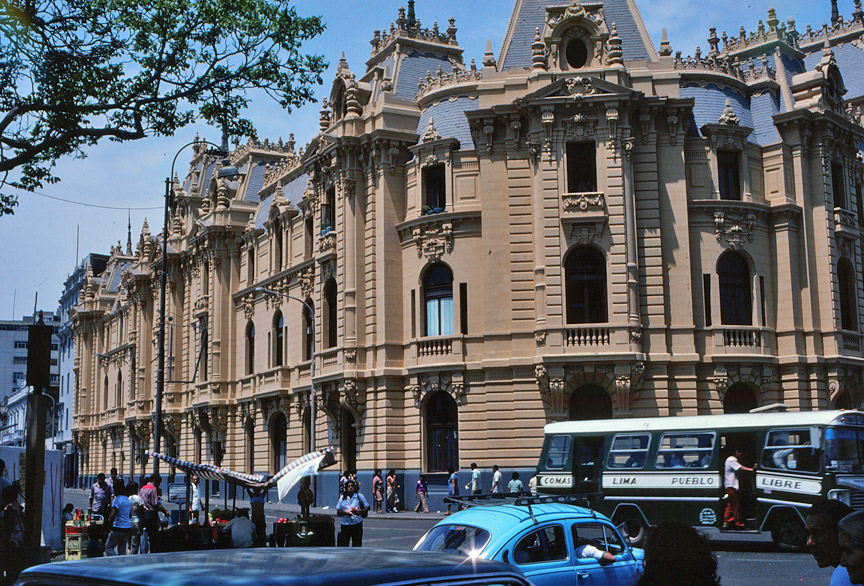 Often these squatter settlements have developed relatively close to wealthy suburbs, as poor residents have laid claim to a small patch of desert and erected makeshift structures from cardboard, reed mats, and scrap lumber and metal. 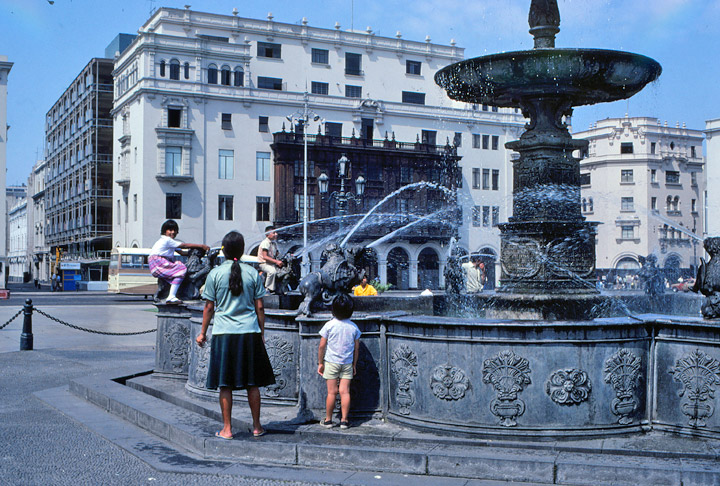 As the residents could afford to, they have upgraded their homes and businesses with brick, mortar, steel reinforcement, and concrete, and the settlements have gradually taken on the appearance of a city. This process has been repeated many times since the 1950s. San Martín de Porres, just north of the Rímac River, was established as a pueblo joven in the early 1950s, but today is a thriving working-class district that shows few signs of its origins as a squatter settlement. Since the 1970s vast areas of desert on the city’s southern edges, near Miraflores and San Isidro, have been occupied, evolving into the full-fledged municipal districts of Villa Maria del Triunfo and Villa El Salvador.

Most of Lima’s important historical and architectural landmarks are concentrated in the city’s colonial core, just south of the Rímac River. This area of streets measures about 1.5 km (.9 mi) on each side and is centered around the Plaza de Armas, site of the city’s most significant religious and political institutions. Lima was founded on this site in 1535 by Spanish soldier Francisco Pizarro, and the fountain in the central square dates from 1651. An earthquake in 1746 destroyed all of the colonial structures on the plaza, which were rebuilt in subsequent decades. 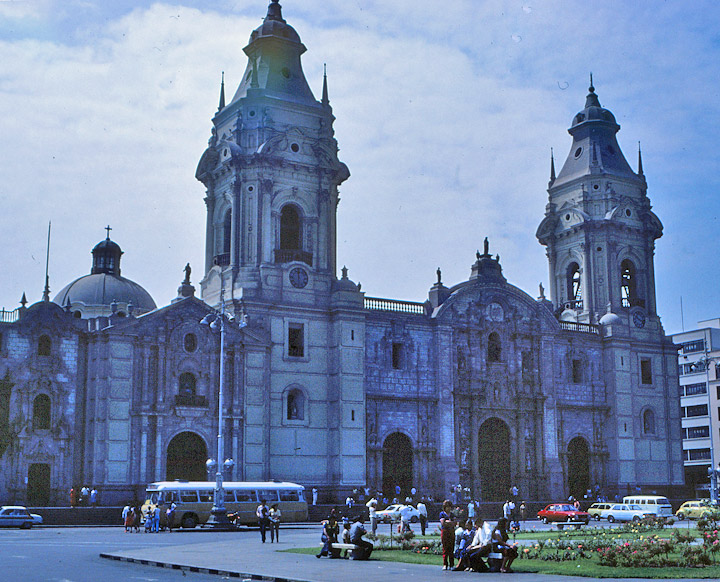 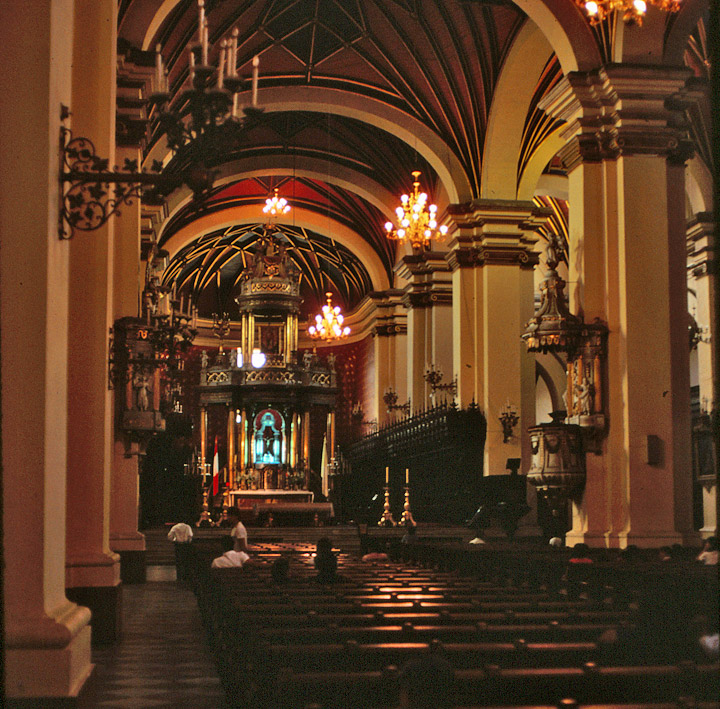 Lima’s cathedral (begun in 1746) faces the plaza and contains a glass coffin said to hold Pizarro’s remains. Adjoining the cathedral is the Archbishop’s Palace, which features elegant carved-wood balconies typical of Lima’s colonial architecture. The imposing city hall of Metropolitan Lima (the province of Lima) is situated across the plaza, and the Government Palace (1938), home to the country’s president, occupies the block between the cathedral and the city hall. The presidential palace was built on the site of Pizarro’s house. 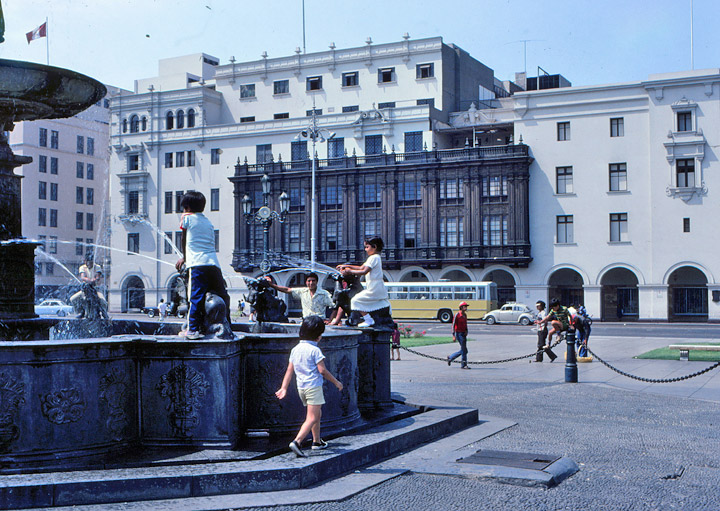 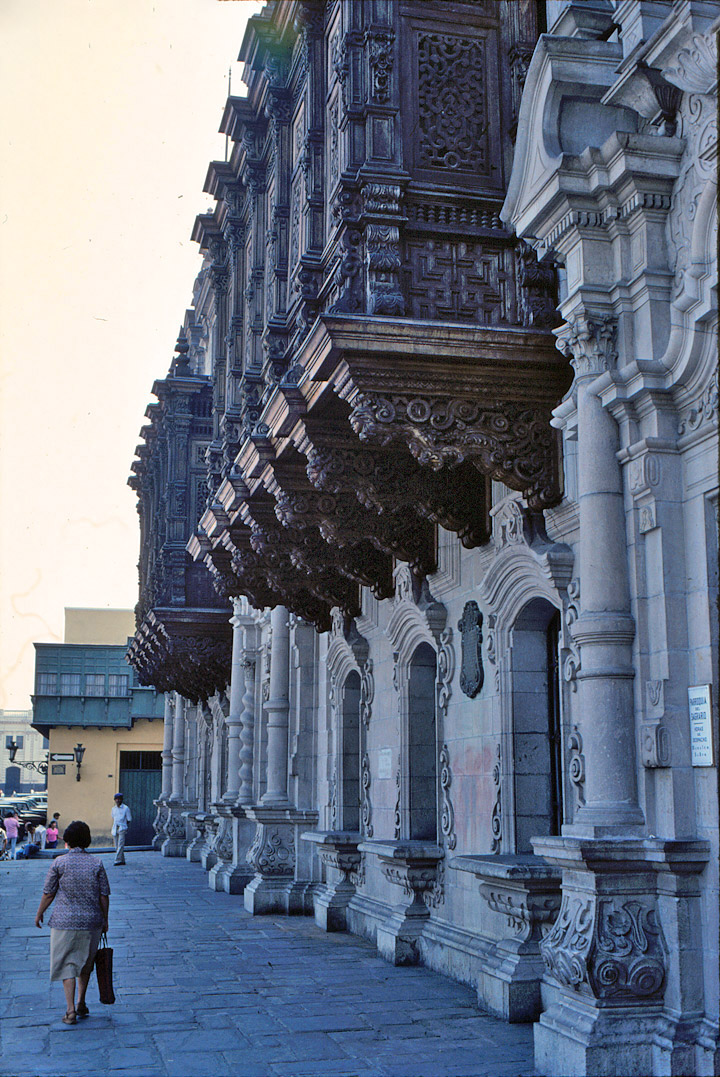 A busy pedestrian street, Jirón de la Unión, connects the Plaza de Armas to the Plaza San Martín some six blocks to the south. The Plaza San Martín, surrounded by colonial-style buildings, represents the traditional commercial center of the city. Major hotels, airline offices, and businesses are located around the plaza, but the area’s appearance and commercial significance have declined in recent decades as businesses have increasingly relocated to suburban districts such as Miraflores and San Isidro. 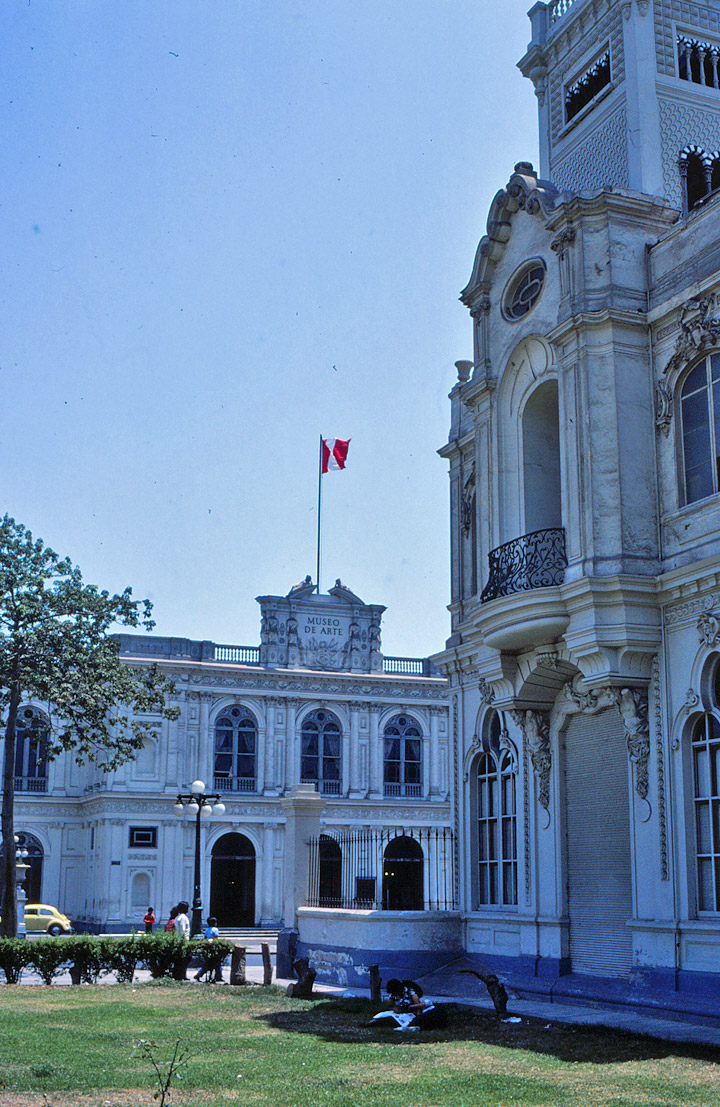 There are numerous colonial churches in the city’s core, including the Church of San Pedro (1638), the Church of Santo Domingo (1599), and massive San Francisco Church (completed in the mid-1680s), famous for its catacombs and library. A few examples of colonial mansions still stand. The most famous is the Palacio Torre Tagle (1735), now home to the government’s foreign ministry. 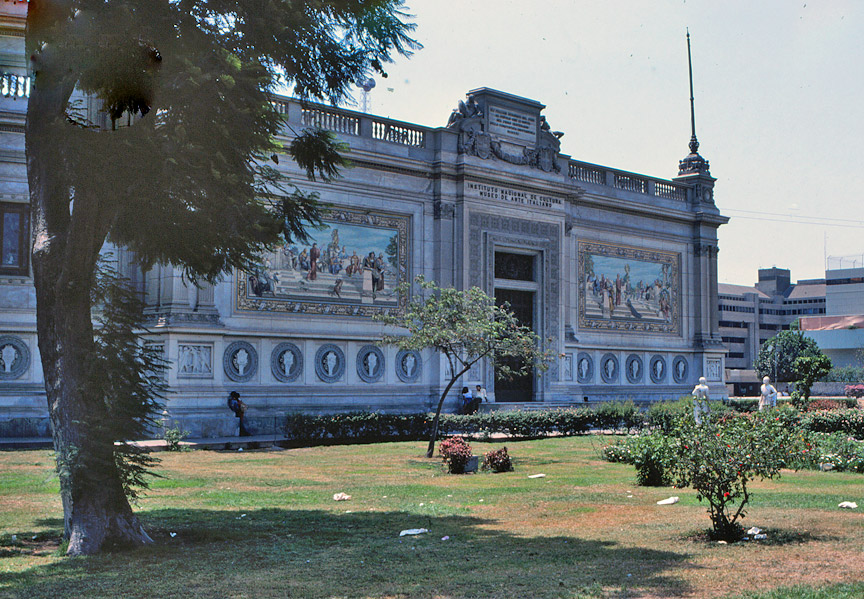 Others include the Casa Pilatos, where the National Culture Institute is housed, and the Casa de Riva-Aguero, occupied by a library of the Catholic University and a folk art museum.

Text and Map from Microsoft Encarta 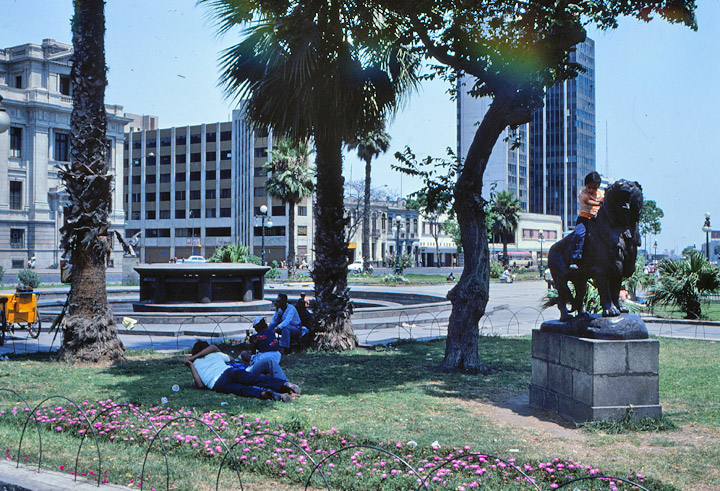 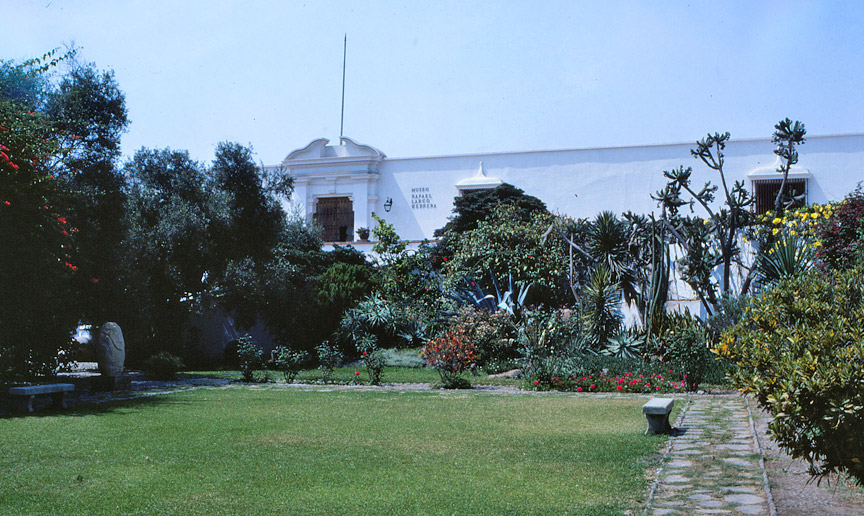 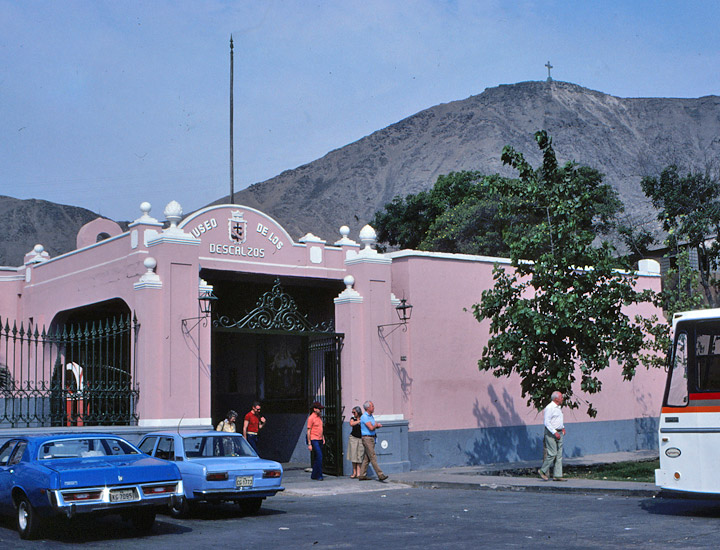 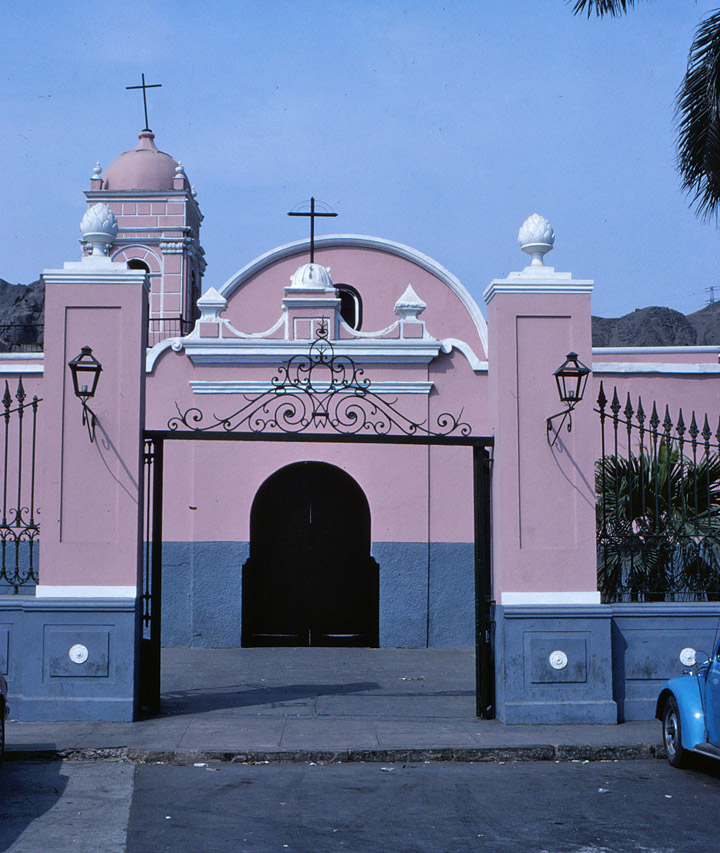 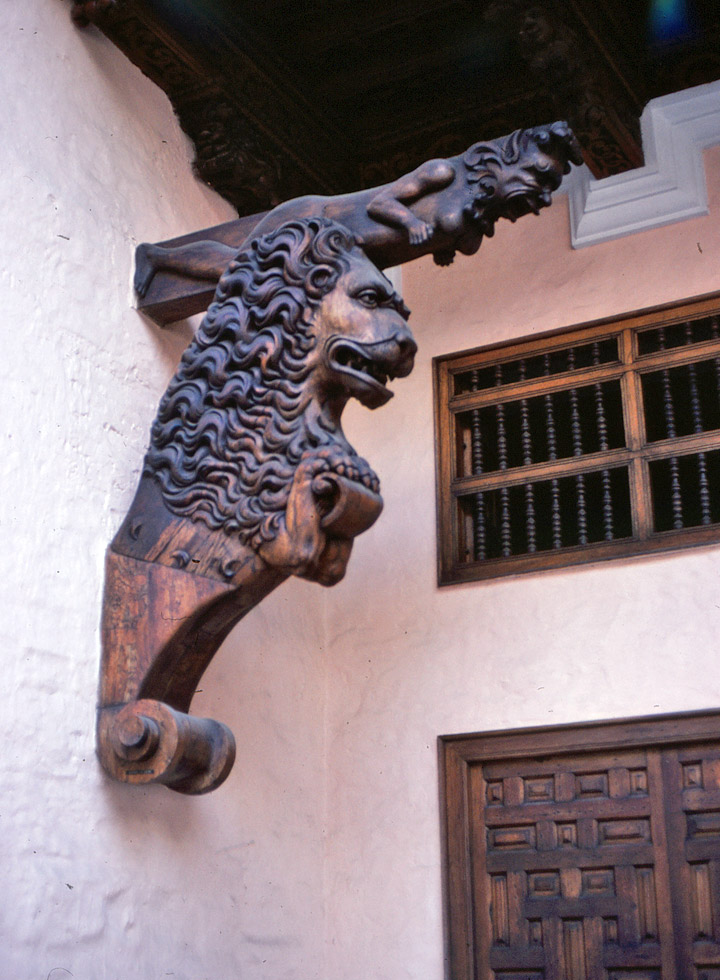 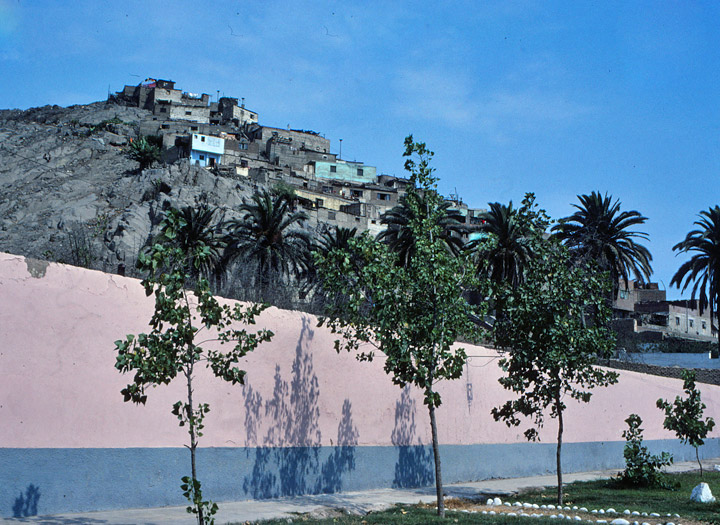 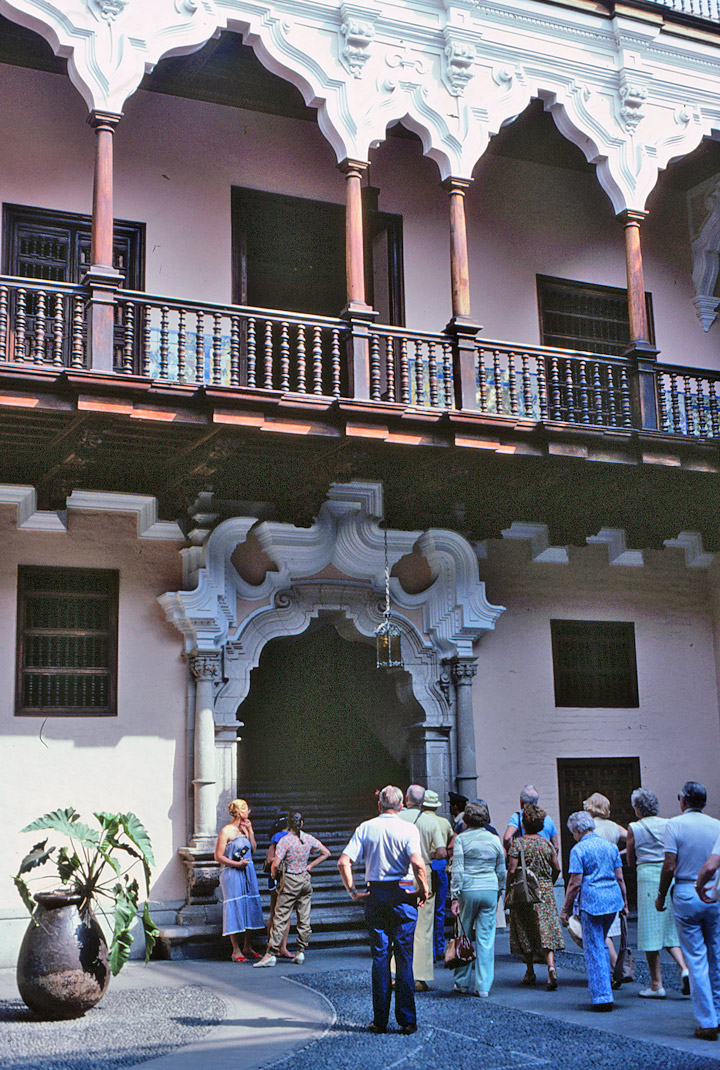 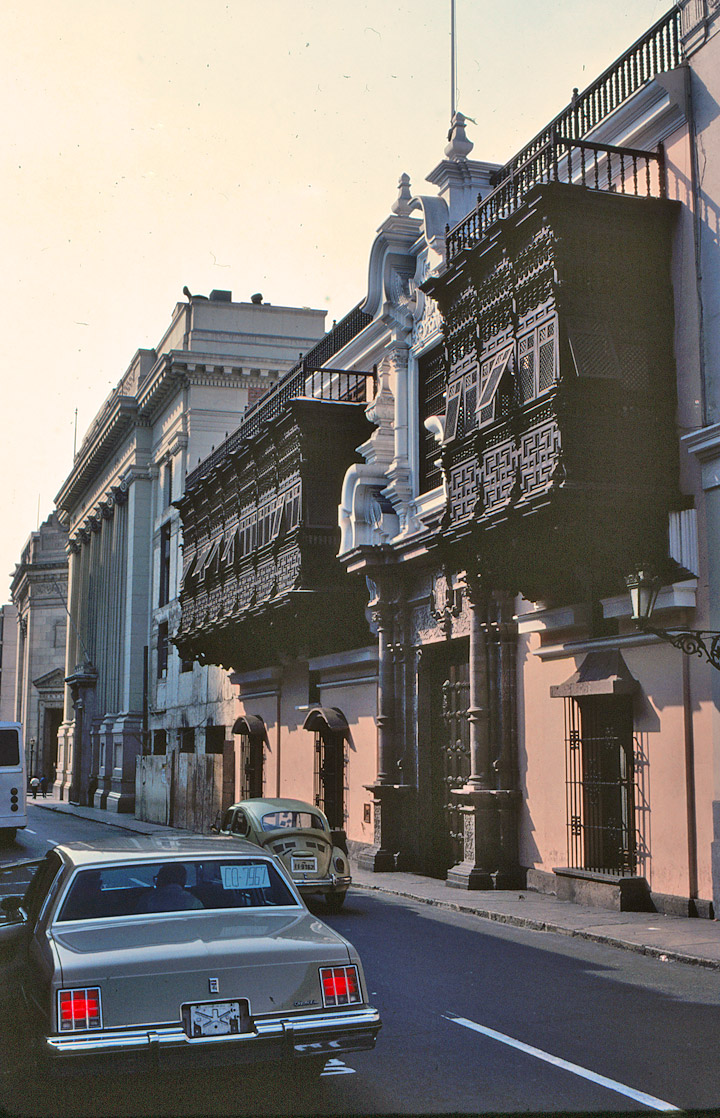