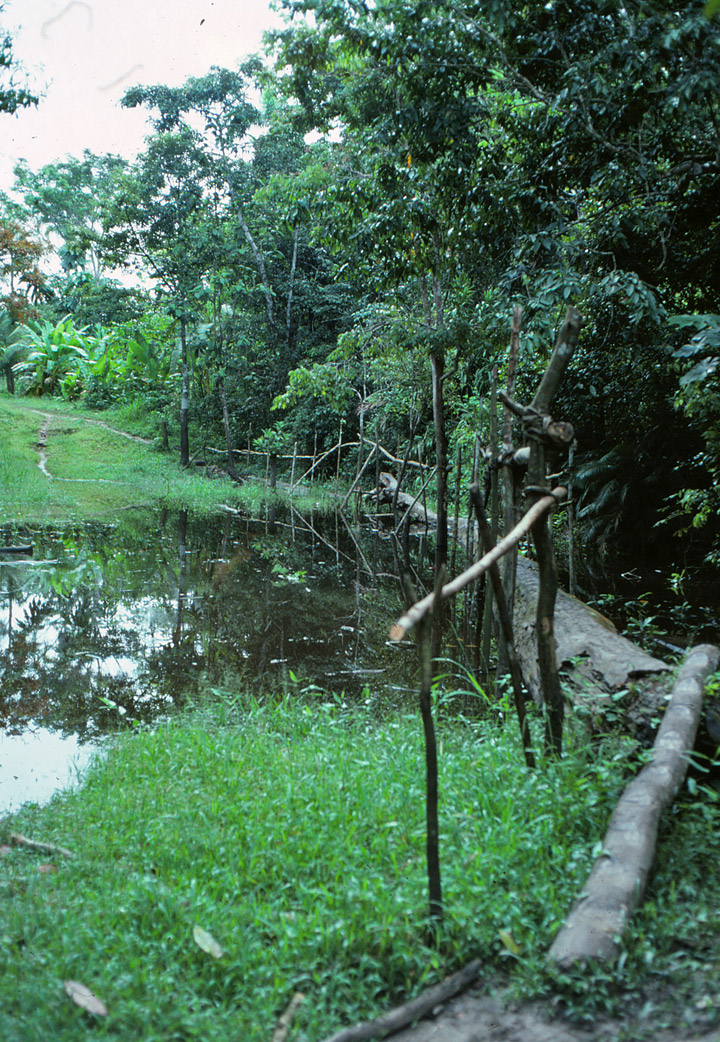 walking to the village 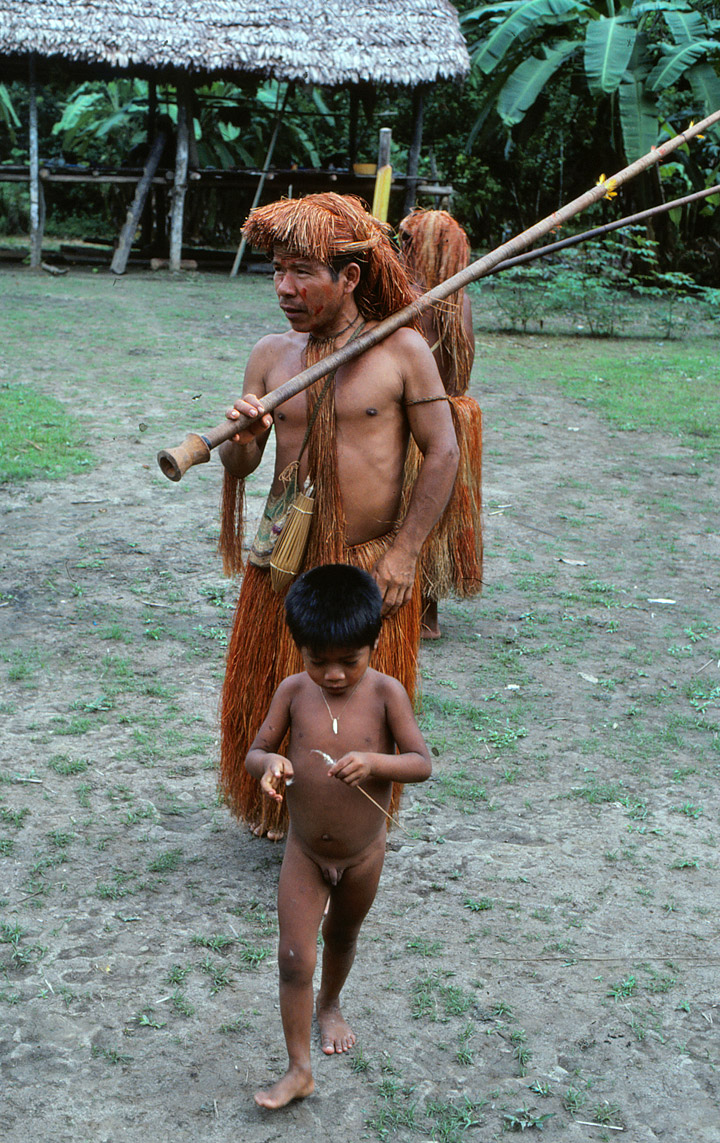 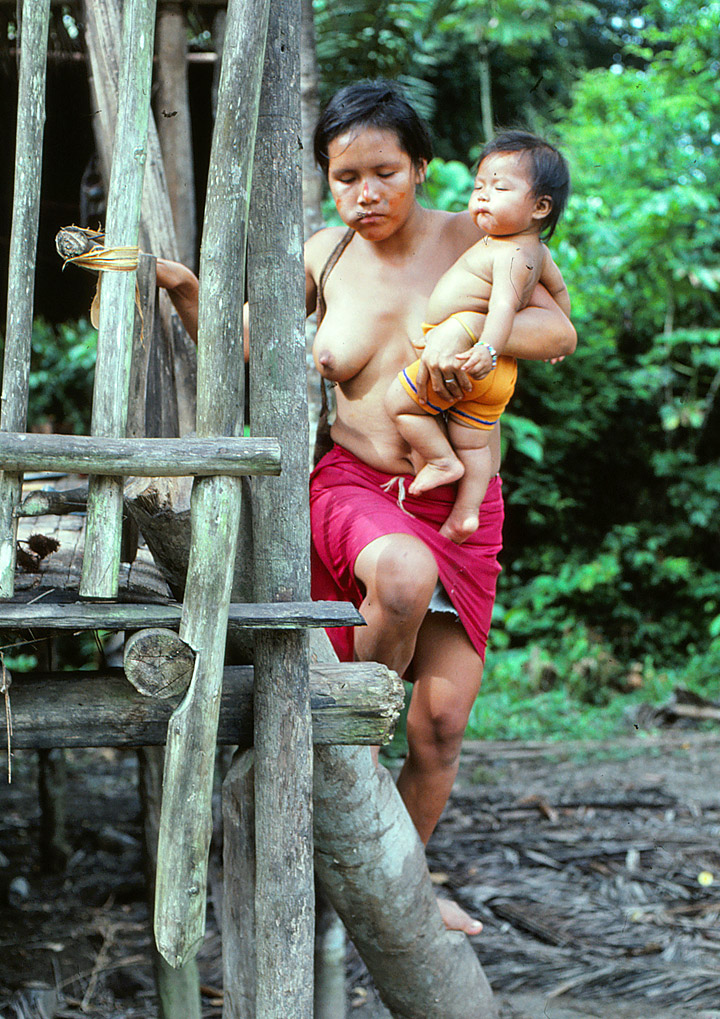 Yaguas, an indigenous people of South America, live in eastern Ecuador and the adjoining portions of northern Peru on the lower east slopes of the Andes in the basins of the Marañón, Santiago, and upper Pastaza rivers. They are a vigorous people who remained wholly independent for centuries, successfully resisting attempts at conquest by the Incas in the pre-Spanish period and thwarting efforts at settlement and Christianization made by Spanish missionaries during the 16th century. They continued to resist change in their way of life well into the modern era. 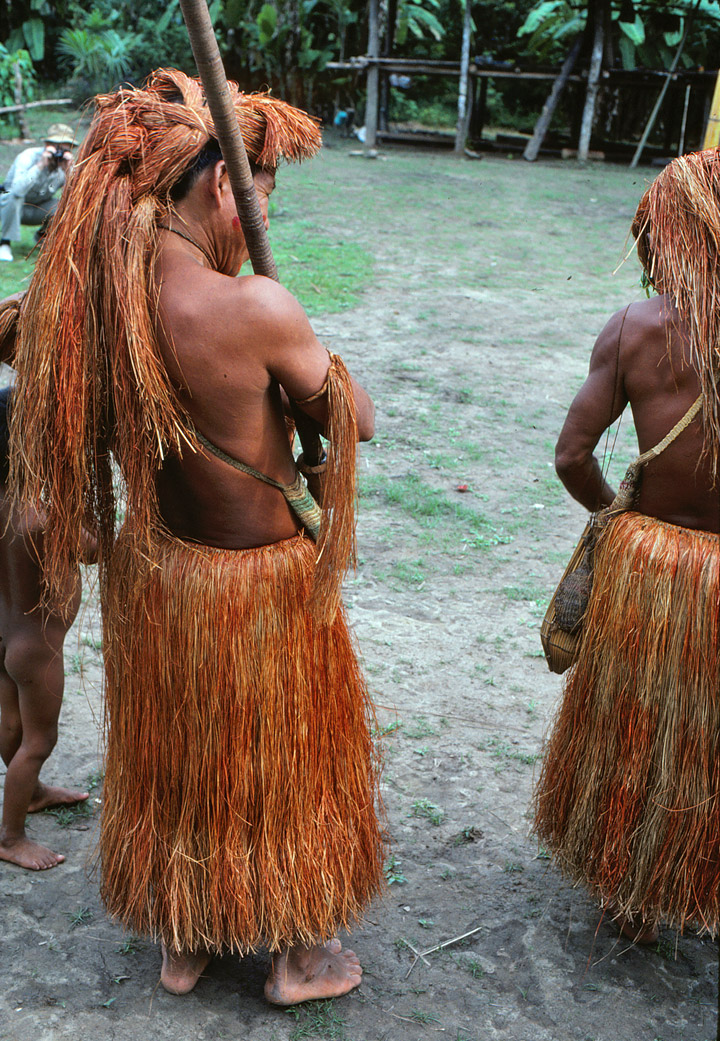 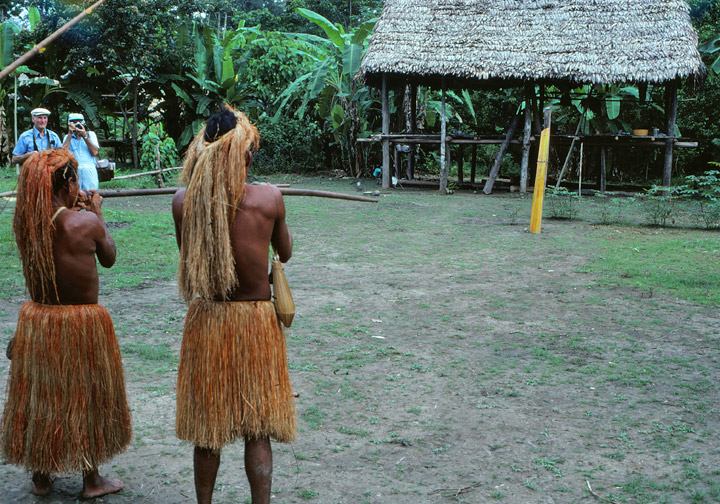 The Yaguas were skilled warriors, using blowguns, bows and arrows, lances, and shields. A custom, noted by anthropologists, was to shrink and preserve the heads of enemies slain in battle, in the belief that this would prevent the return of the vengeful spirits of their victims. 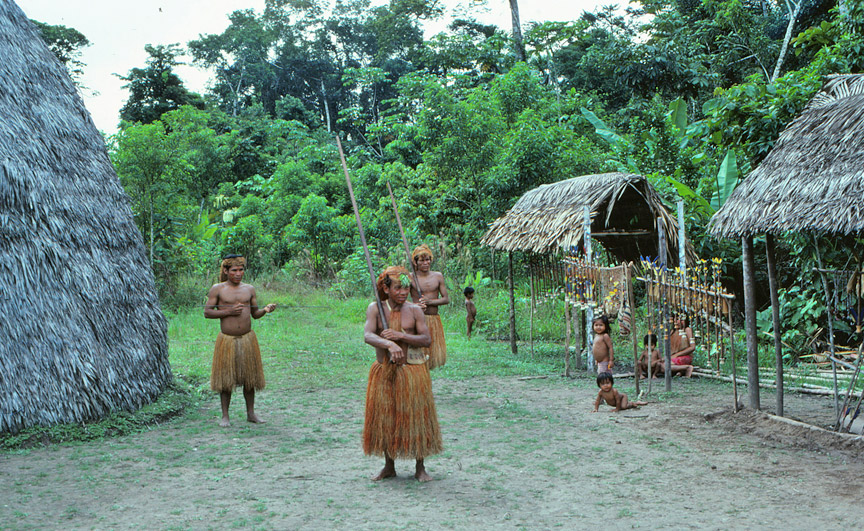 The Yaguas live in wooden houses, each of which is the home of an extended family.  An agricultural people, they cultivate corn, cassava, beans, bananas, and cotton. 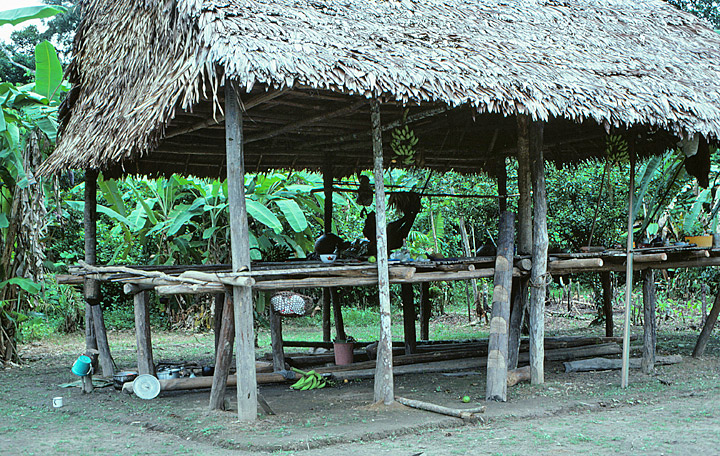 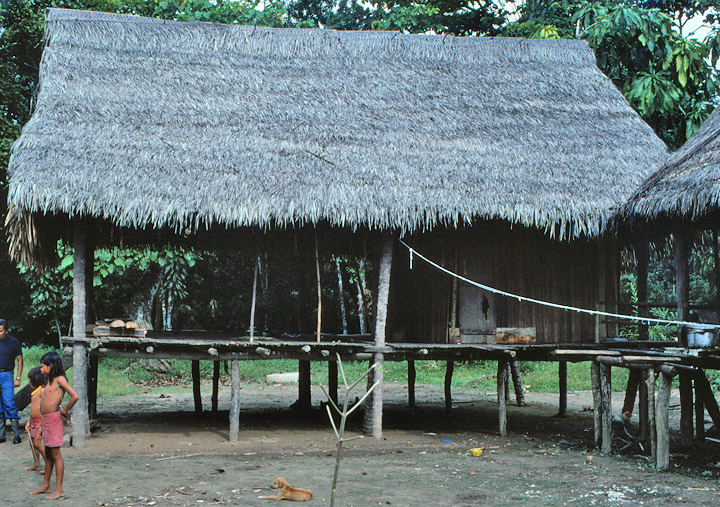 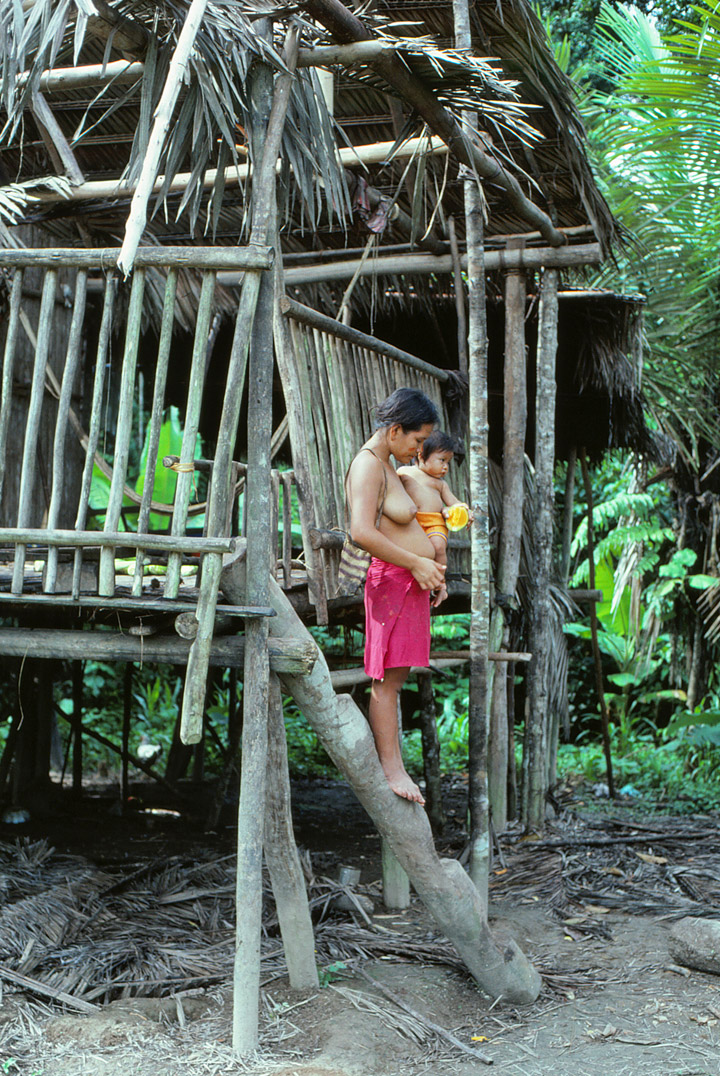 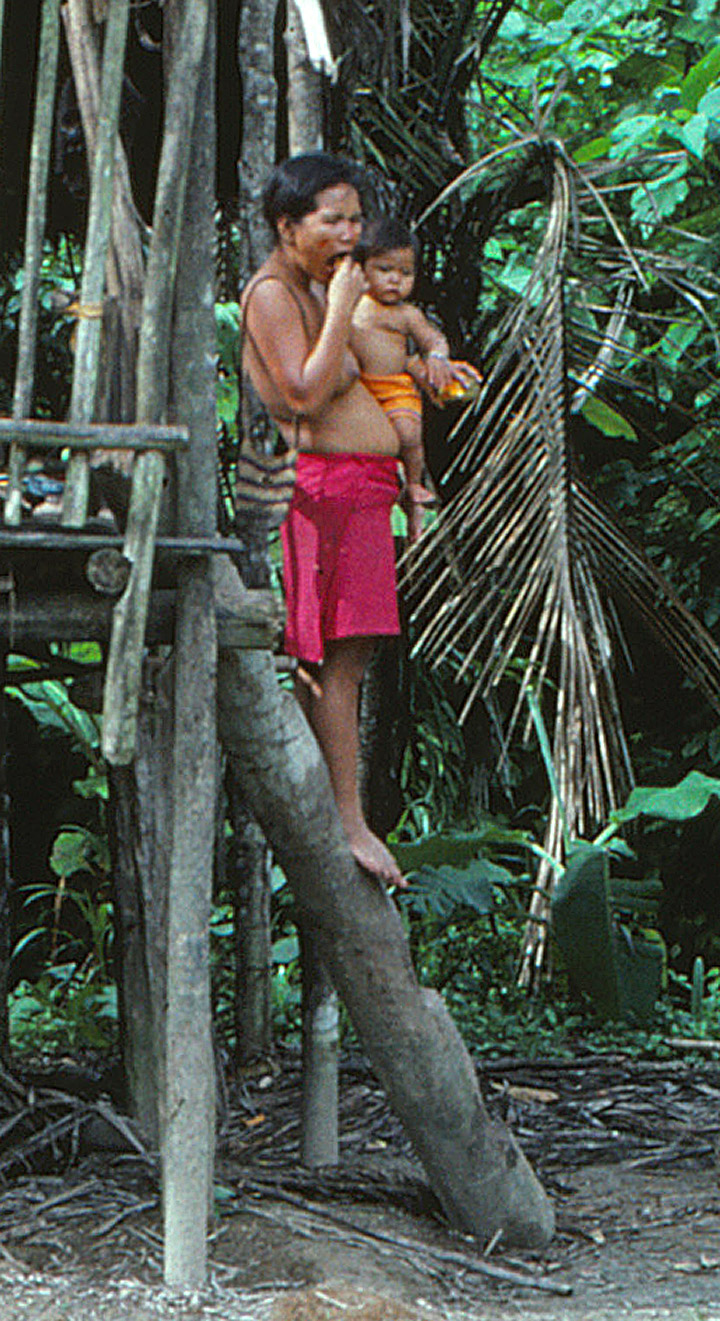 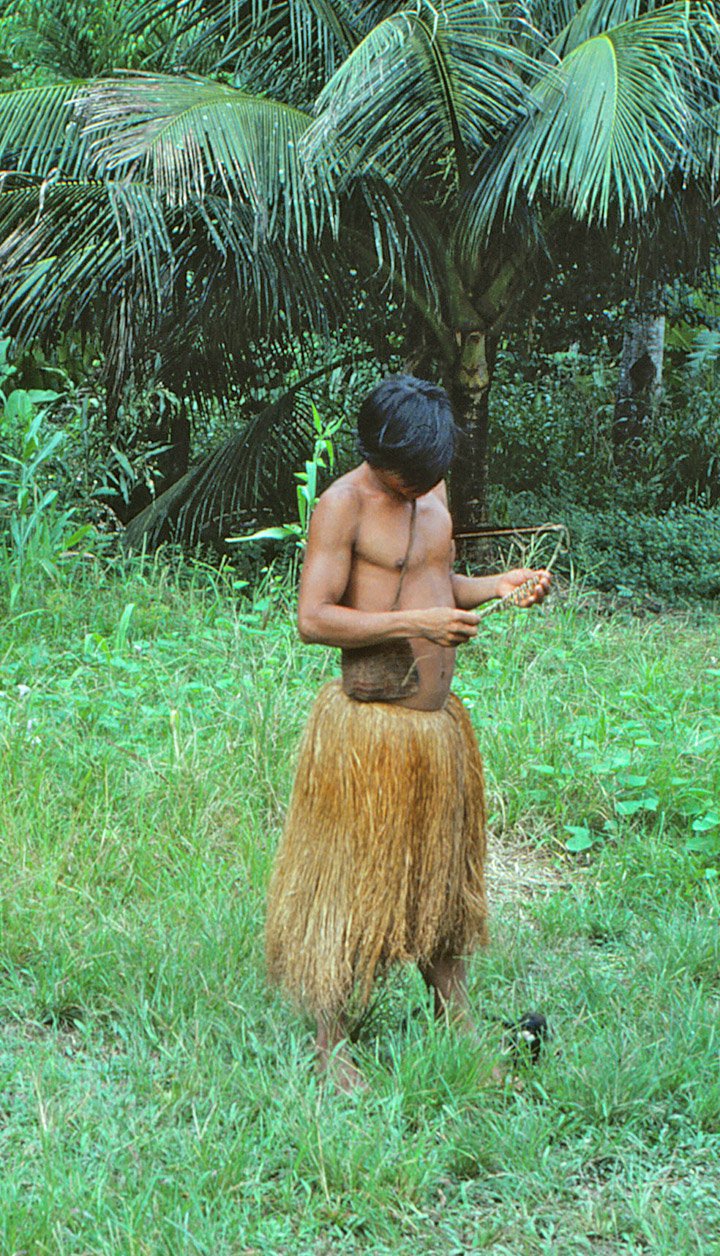 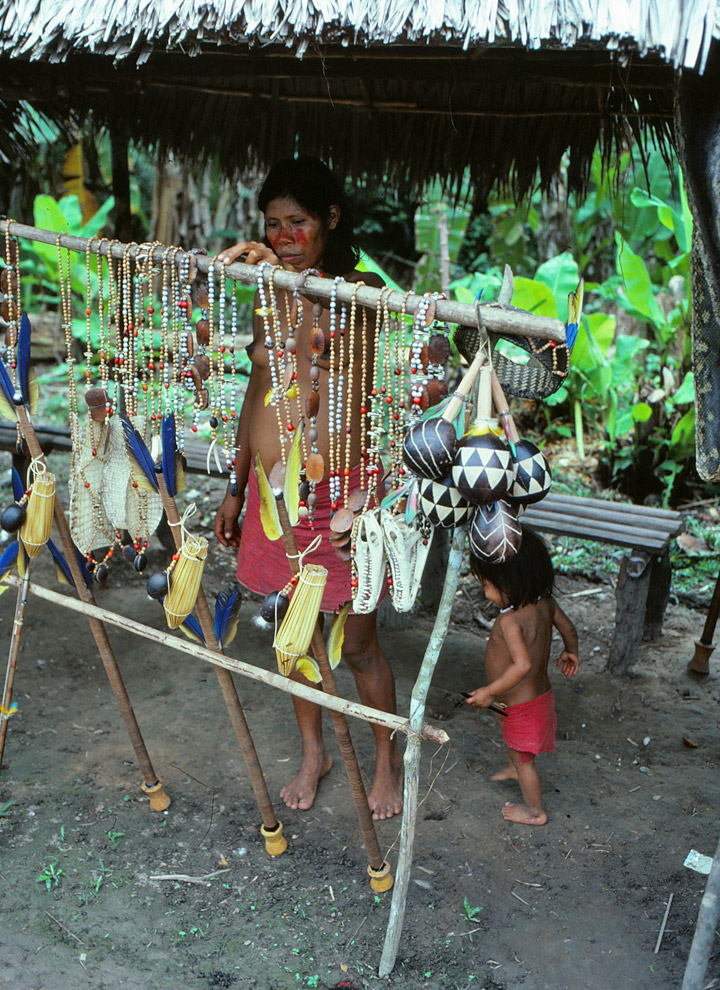 items for the tourists 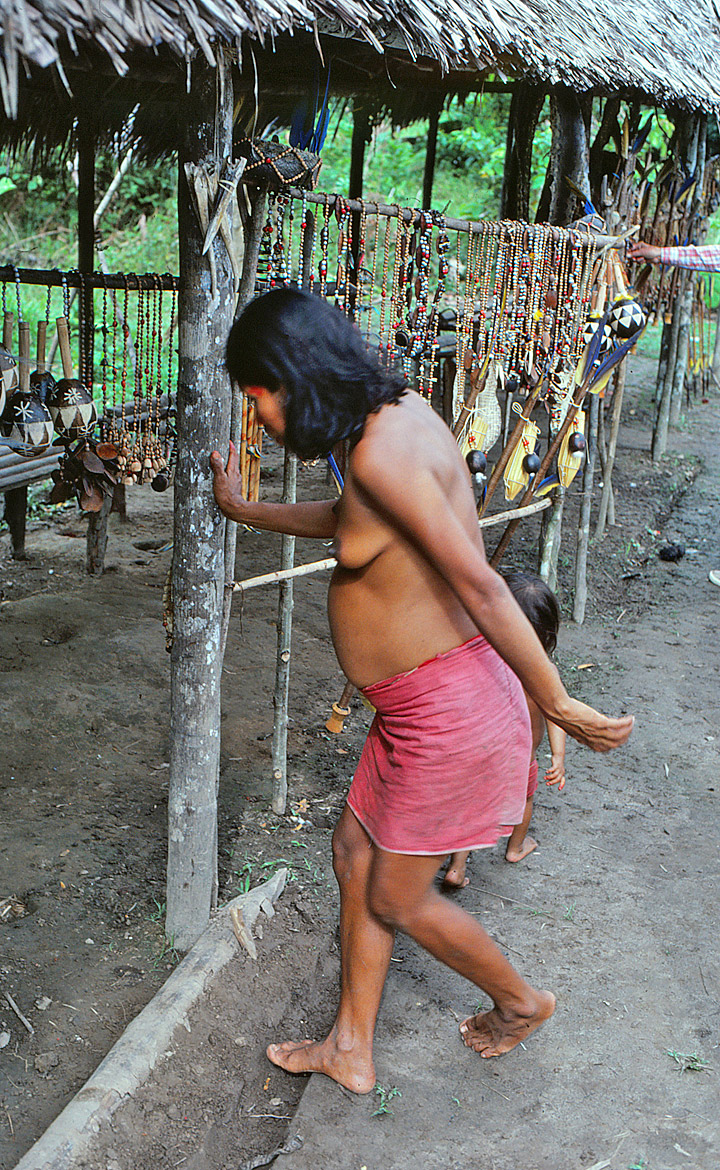 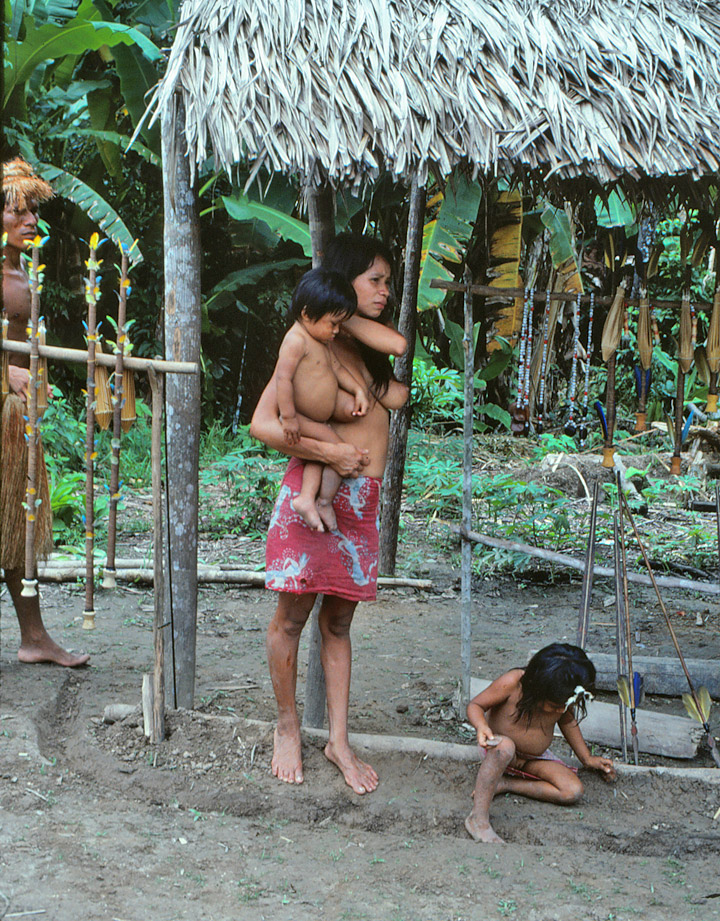 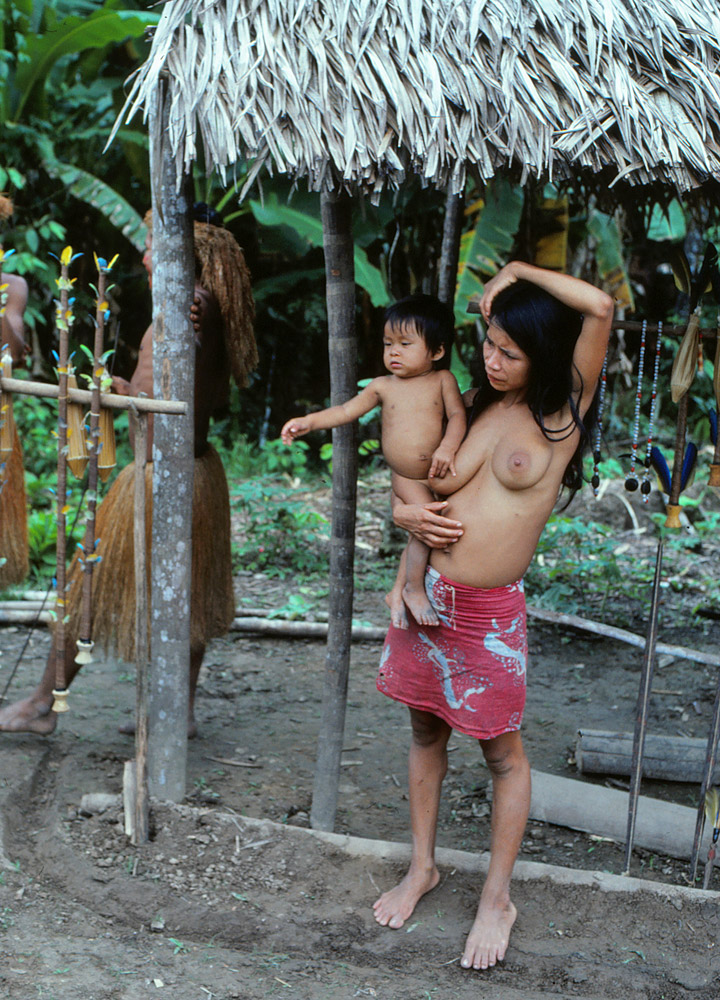 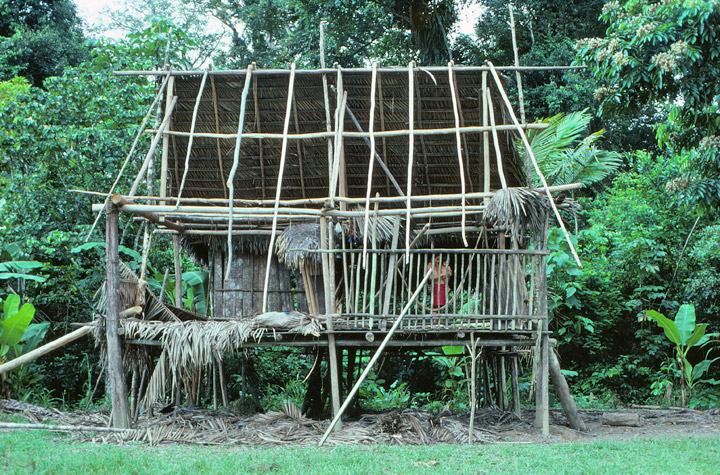 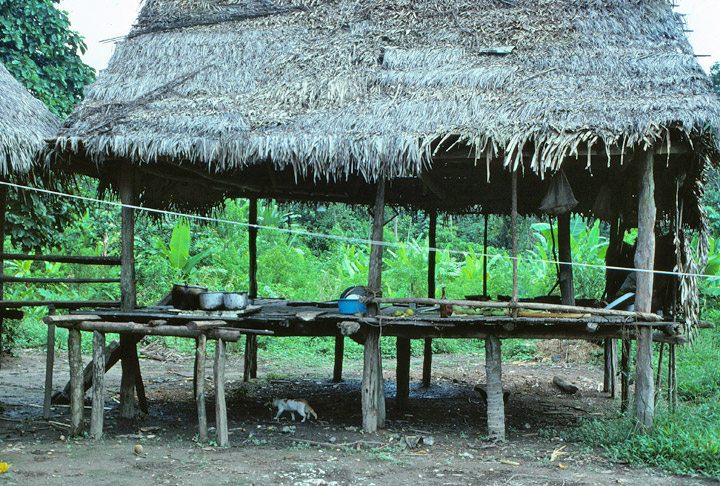 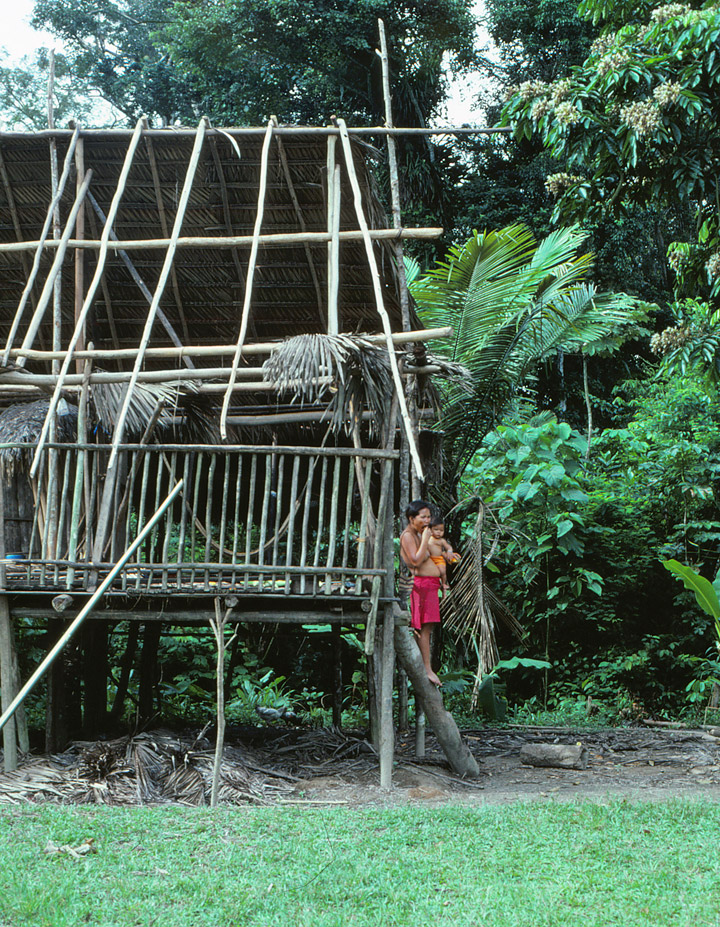