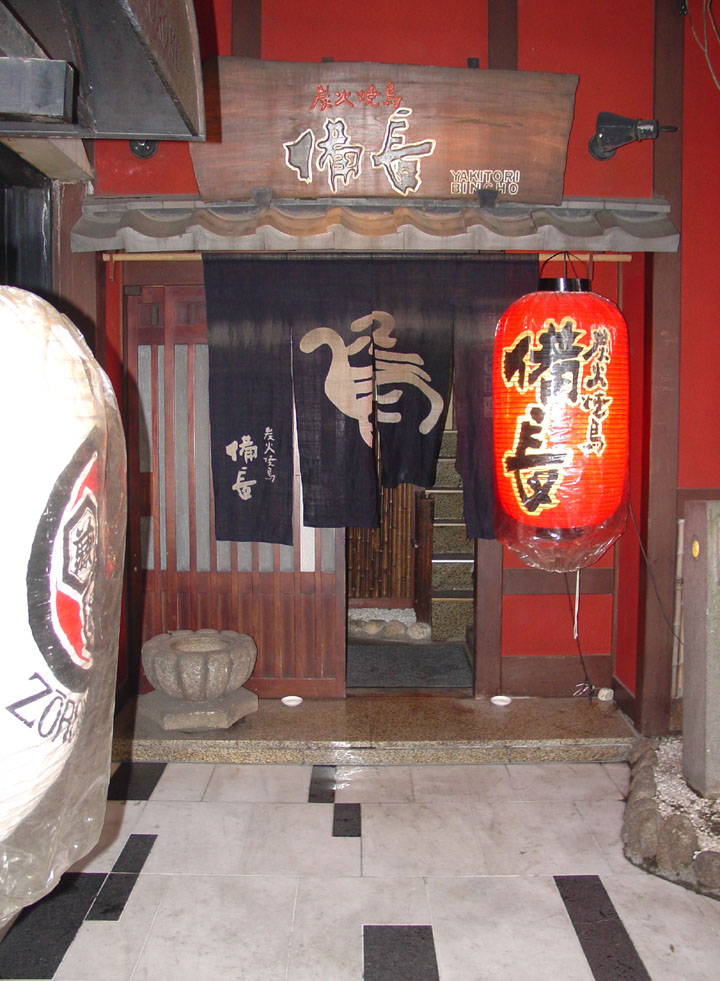 Sake is often served with such a meal 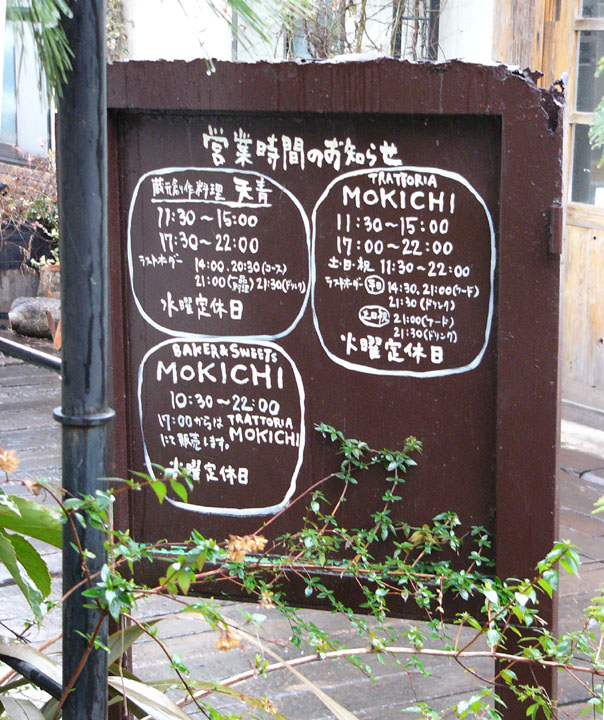 visit to one of the many small Sake producers

Japanese alcoholic beverage made from fermented rice. Sake is light in color and noncarbonated, with a sweet flavor, having up to 18 percent alcoholic content. 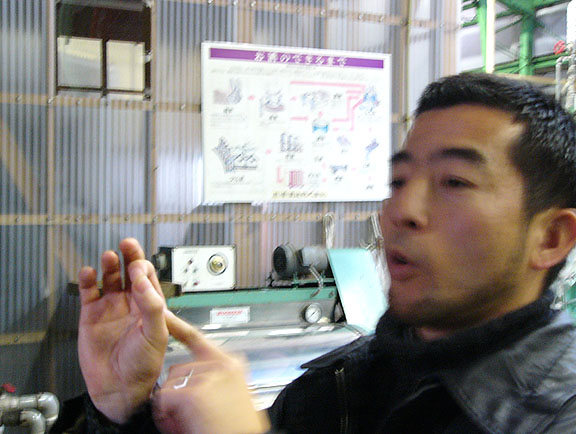 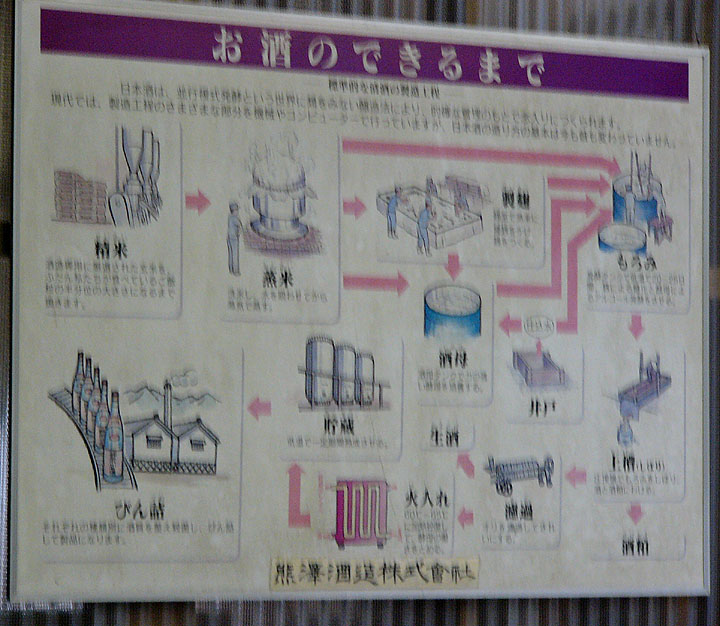 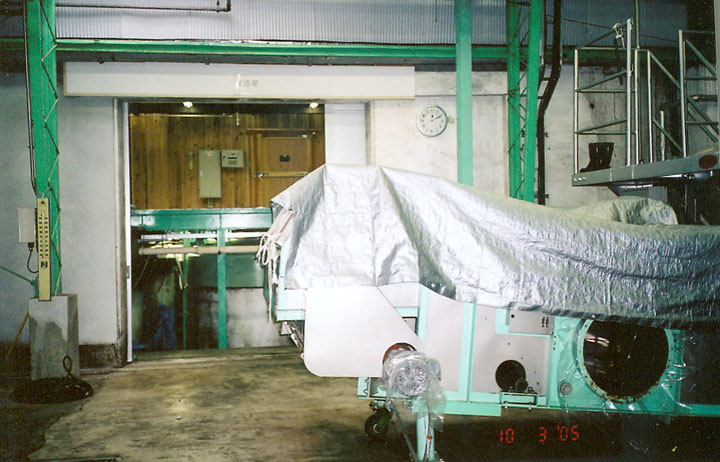 Sake is often mistakenly called a wine because of its appearance and alcoholic content; it is made in a two-step process similar to that for brewing beer. Production begins with koji, a preparation of steamed rice, and Aspergillus oryzae, a mold that converts the rice starch to fermentable sugars. 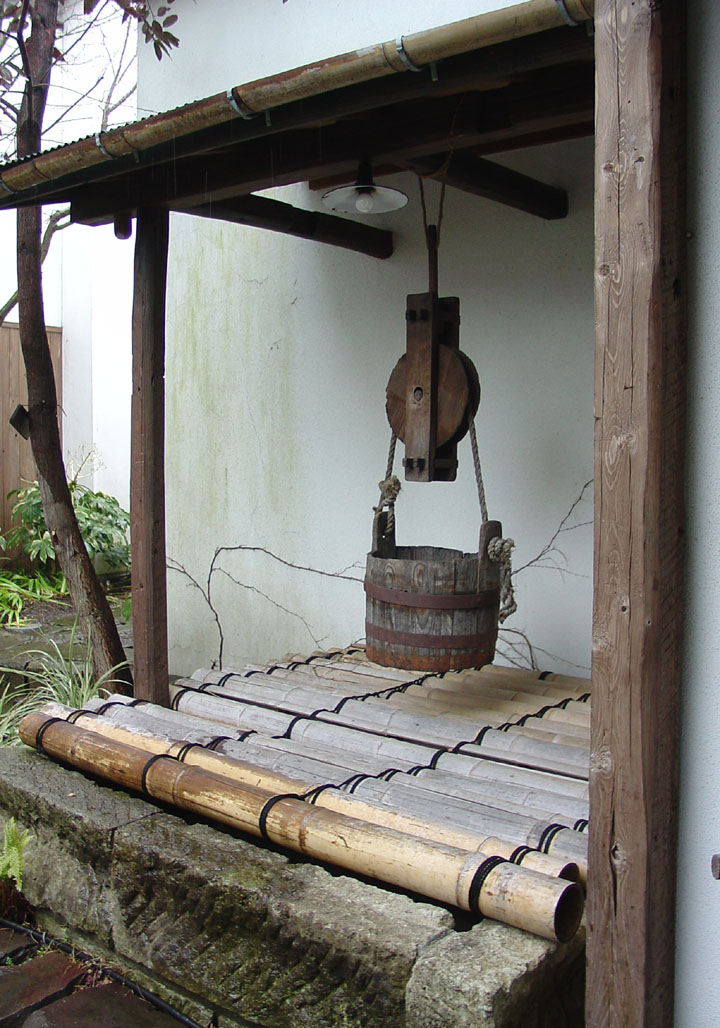 old well, the source of water for Sake production 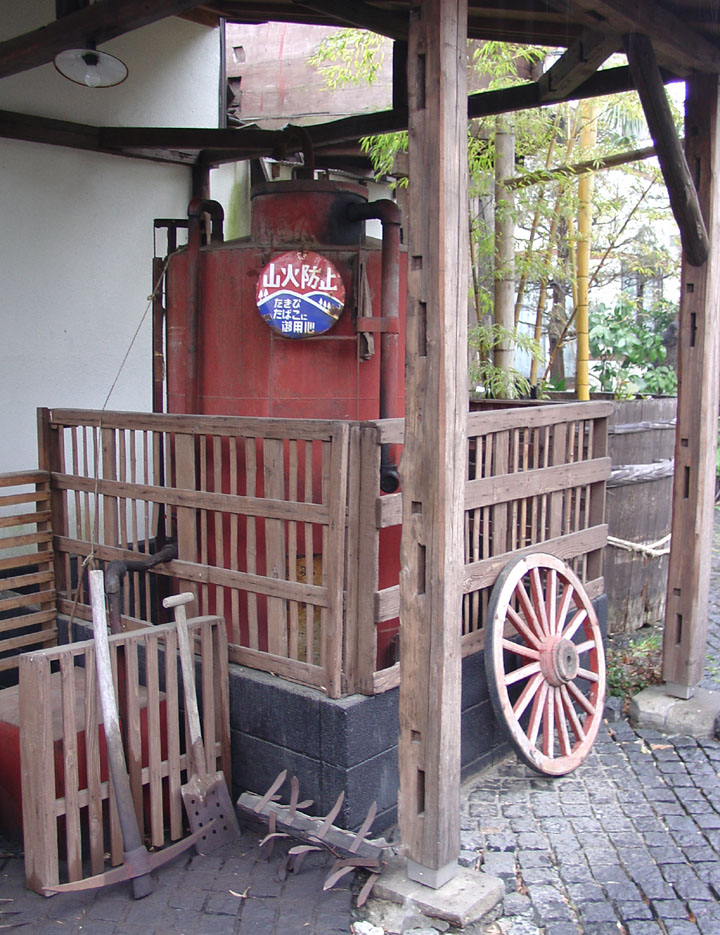 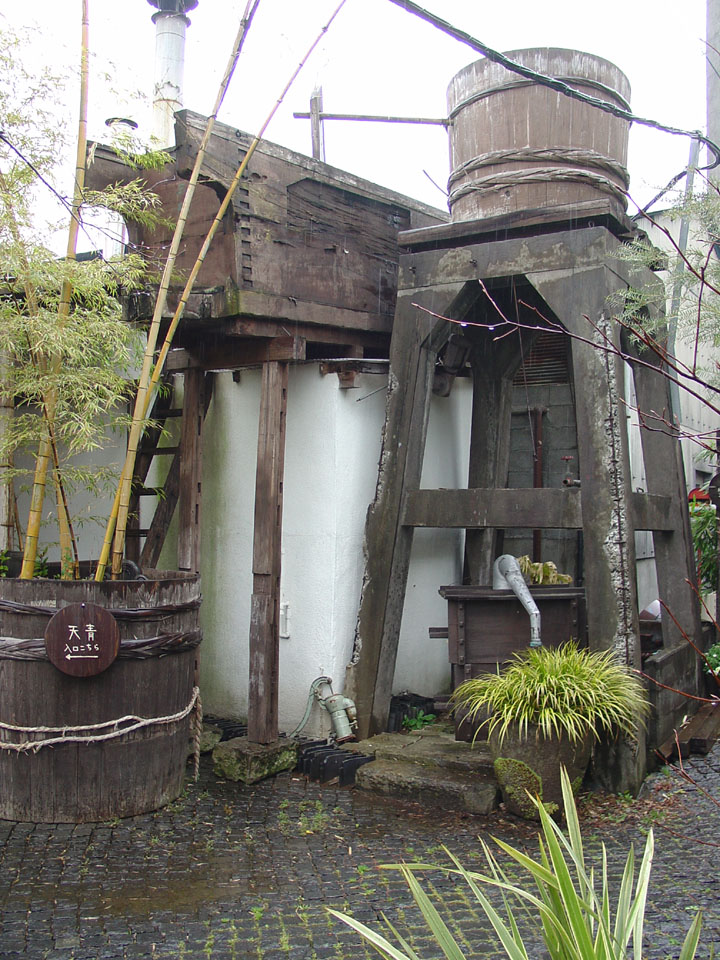 The koji, mixed with water and fresh steamed rice, is kneaded (traditionally by hand) into a smooth paste and placed in a vat with more rice and water. This mixture, allowed to ferment for about four weeks, becomes moto, with an alcoholic content of about 11 percent. More koji, steamed rice, and water are added to the vat, and a second fermentation begins, lasting about seven days. After resting for another week, the sake is filtered and bottled. 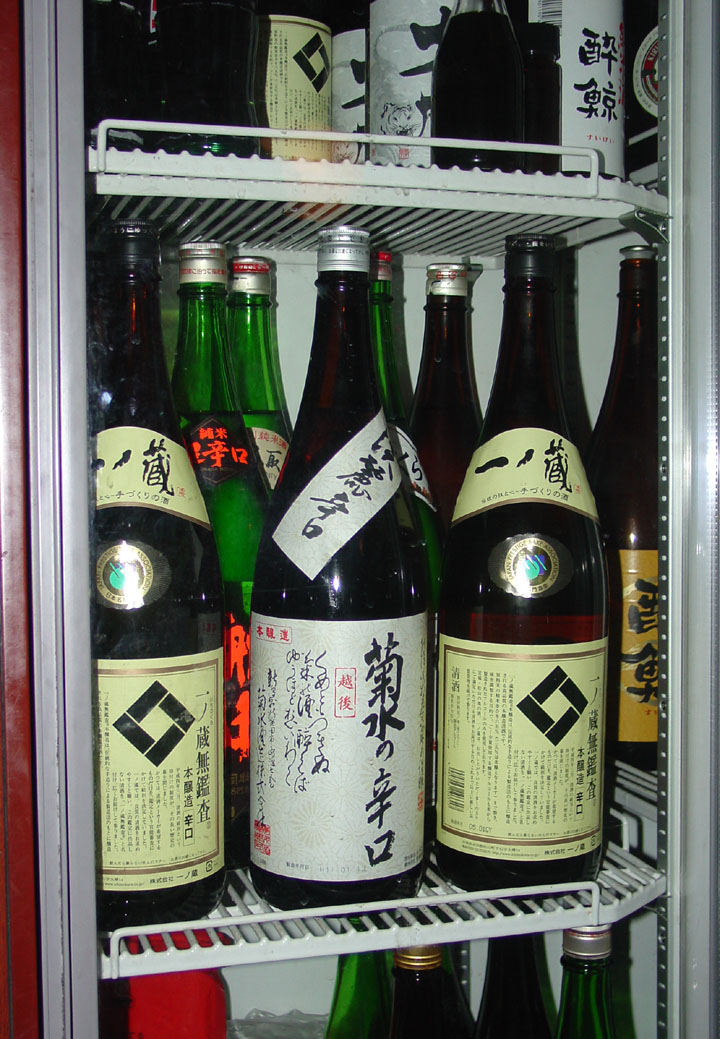 In Japan, where it is the national beverage, sake is served with special ceremony. Before being served, it is warmed in a small earthenware or porcelain bottle called a tokkuri; it is usually sipped from a small porcelain cup called a sakazuki. A special type of sake is served cold or on ice. 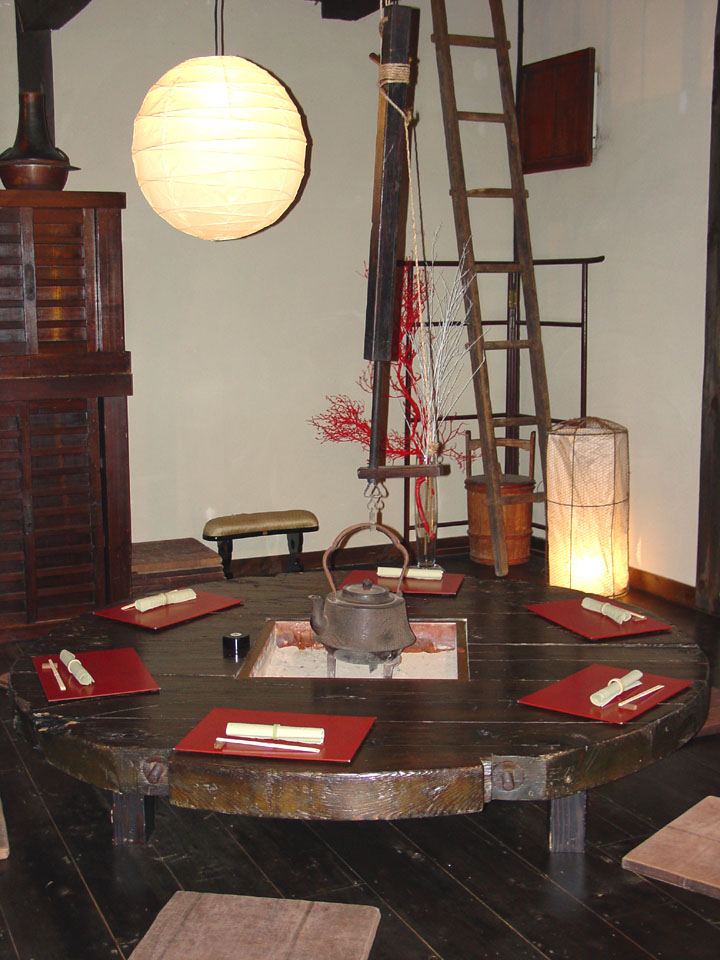 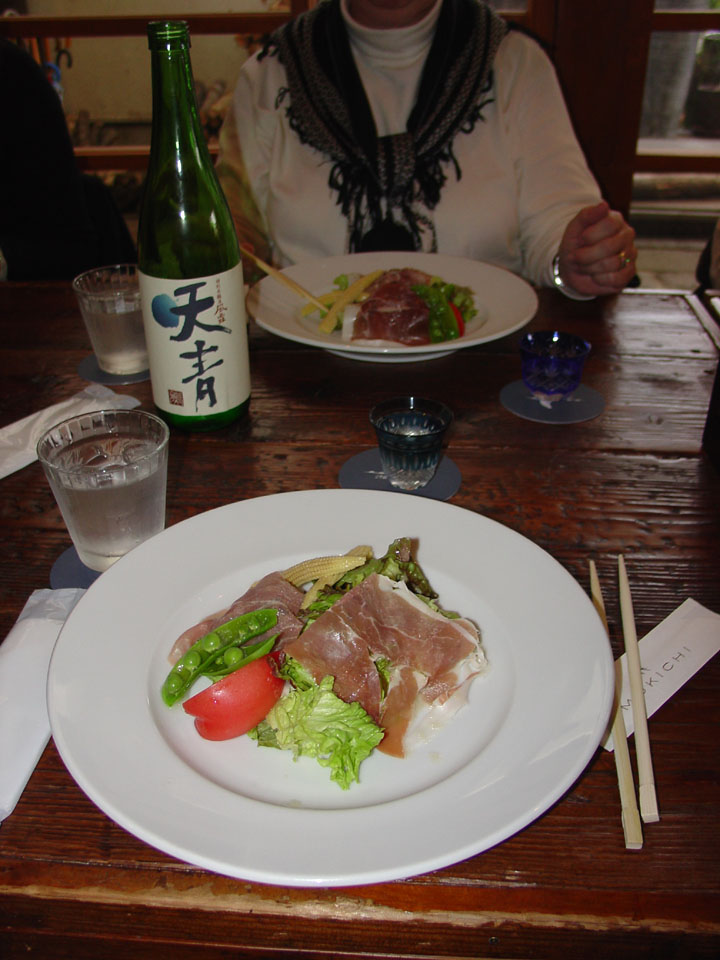 our lunch, with a glass of Sake

The manufacture of sake began sometime after the introduction of wet rice cultivation in Japan in the 3rd century BC. The first written record referring to sake dates from the 3rd century AD, and the first reference to its manufacture dates from the 8th century. In ancient Japan sake was produced primarily by the imperial court and by large temples and shrines, but from the early 12th century the general population began to manufacture it. By the early 16th century the modern process for making sake had been nearly perfected. 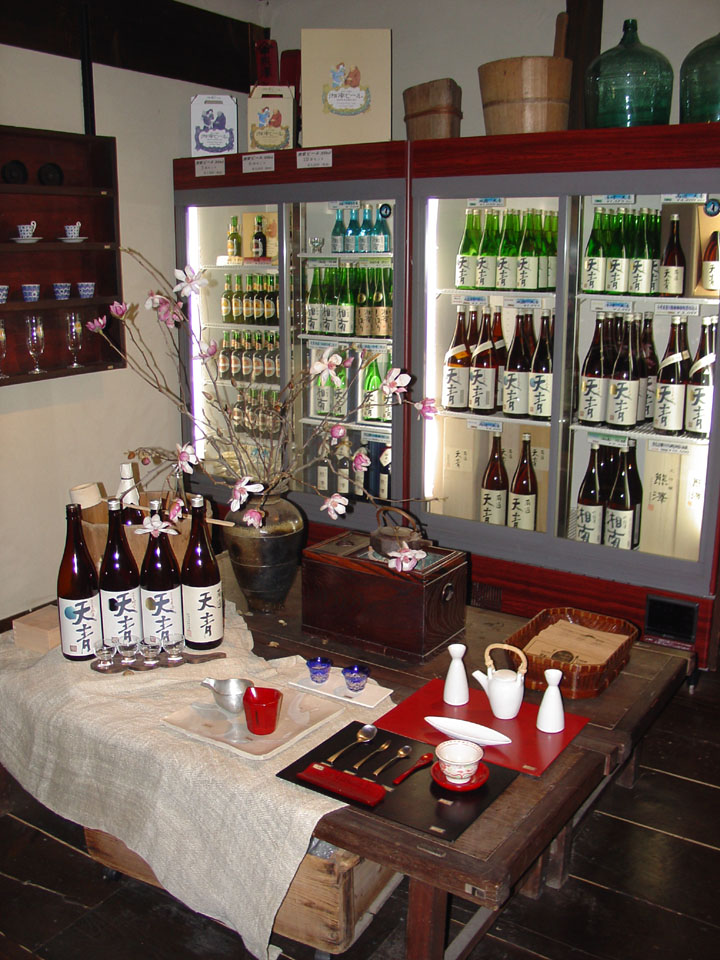 Sake is the drink of the kami (gods) of Shintō, the indigenous Japanese religion. It is drunk at festivals and is included in offerings to the kami. At a Shintō wedding the bridal couple perform a ceremony of drinking sake from lacquer cups. 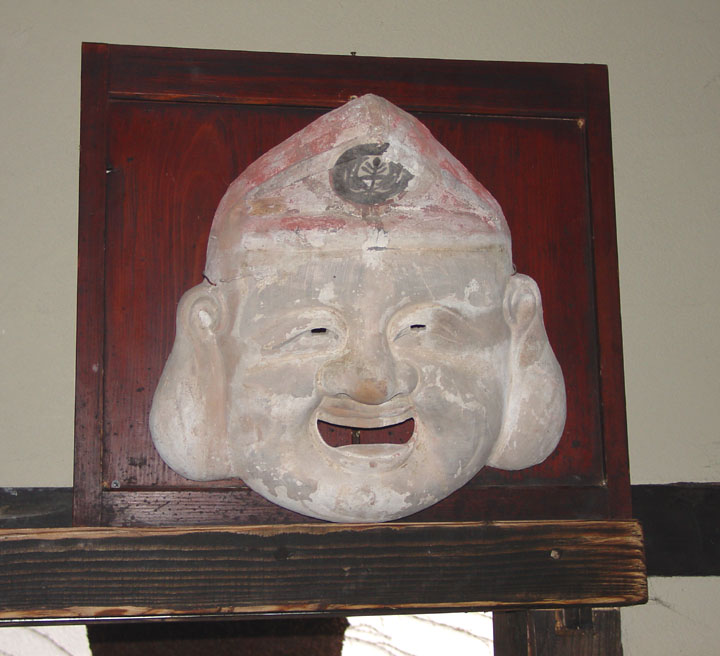 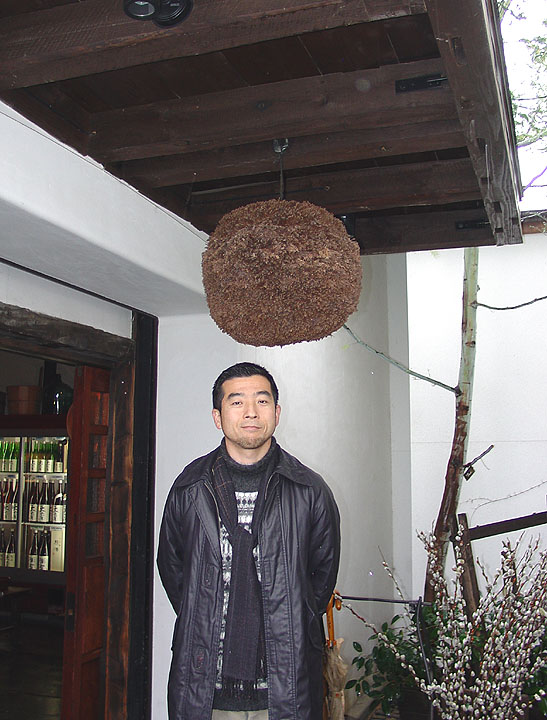 saying "Come back again."
(the hanging over the door means that the Sake is available) 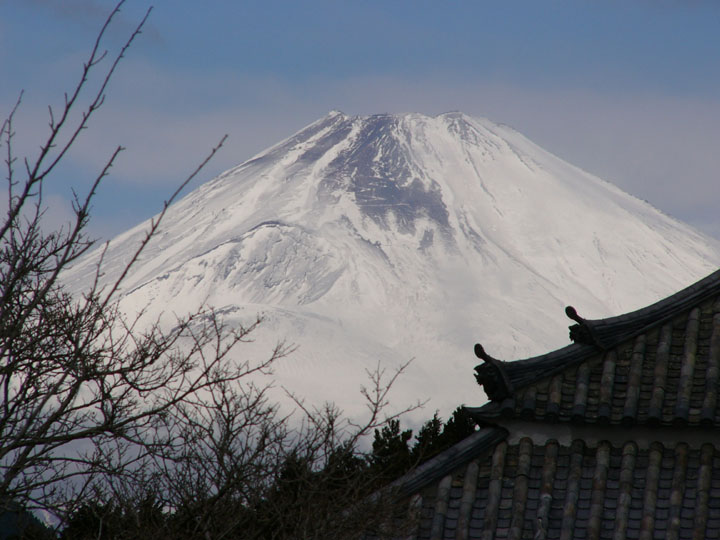