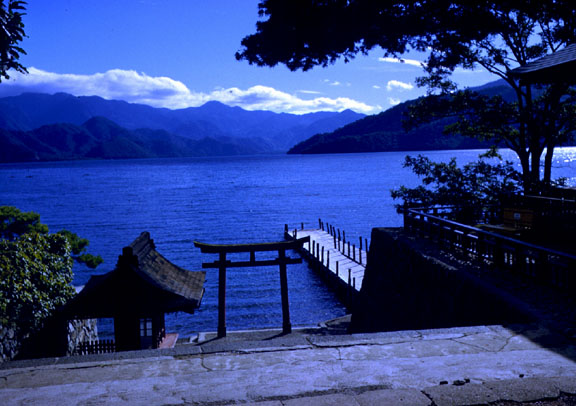 Tokugawa Ieyasu (1543-1616), Japanese military leader and statesman, founder of the Tokugawa dynasty of shoguns,
is enshrined at Nikko 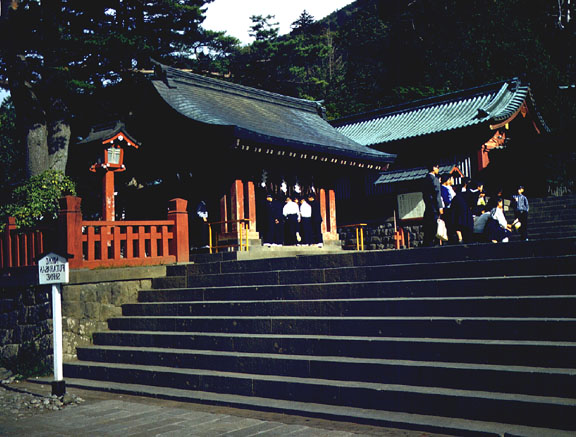 (1543-1616), Japanese military leader and statesman, founder of the Tokugawa dynasty of shoguns. Born Matsudaira Takechiyo of the Matsudaira military clan, Ieyasu grew up in a chaotic period of feuding clans. He was sent at four years old as a hostage to cement a Matsudaira alliance with the neighboring Imagawa clan in 1547, but was captured en route by their common enemy, the Oda clan. Held until his father’s death in 1549, Ieyasu returned home briefly before going back to the Imagawa as a hostage. 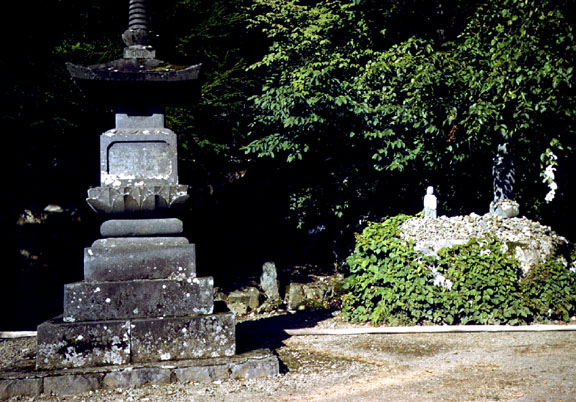 Their defeat by Oda Nobunaga in 1560 freed Ieyasu to regain leadership of the Matsudaira, and he immediately allied with Nobunaga, changing his name to Tokugawa Ieyasu and seizing Imagawa land. In 1570 he moved his headquarters to former Imagawa territory and for the next 12 years expanded his lands and influence through Nobunaga’s campaigns, despite being forced to kill his first wife and order his son’s suicide in 1579 as proof of his loyalty to Nobunaga. He seized more land on Nobunaga’s death in 1582, becoming master of five provinces by 1583. After inconclusive fighting in 1584, Ieyasu allied with Nobunaga’s successor Toyotomi Hideyoshi and married his sister. 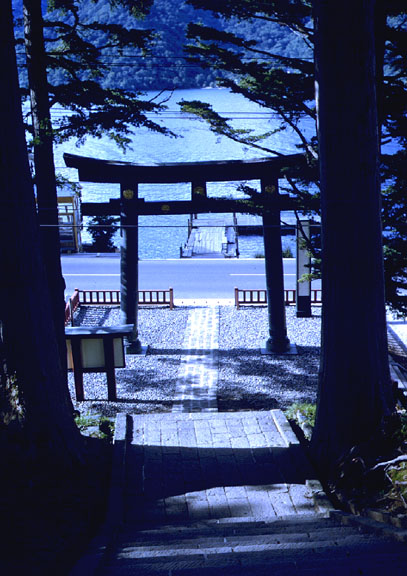 Following victory at Odawara in 1590, which secured control of eastern Japan, Hideyoshi moved Ieyasu to new lands in the east to undercut his independence. Ieyasu began building an imposing new headquarters at a small fishing port called Edo, later Tokyo. Occupied in the east while Hideyoshi pursued his futile invasions of Korea, Ieyasu consolidated his new base and, shortly before Hideyoshi’s death in 1598, swore with the other great generals to serve Hideyoshi’s successor, his infant son Hideyori. Promptly breaking this oath, he began allying with other leaders and in 1600, aided by treachery, crushed his principal opponents at the battle of Sekigahara. 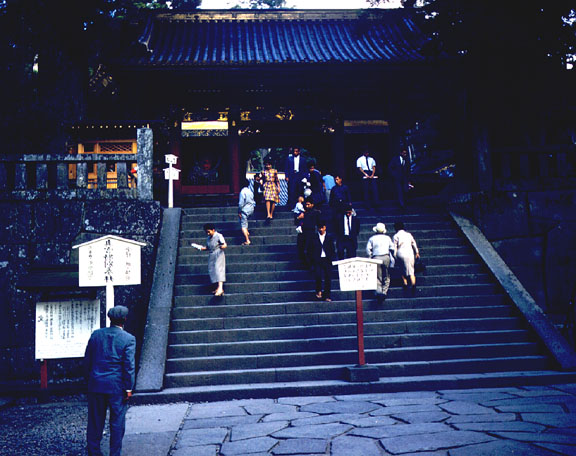 In 1603 he assumed the historic title of shogun, confirming his preeminence, an act that is often taken to mark the beginning of the Edo period in Japanese history. In 1605 he passed the title to his son but retained paramount authority, organizing two attacks on Osaka Castle in 1614 and 1615. 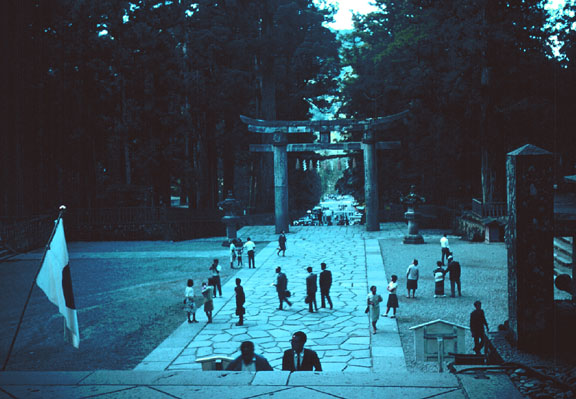 These finally defeated Hideyori and the remaining Toyotomi forces, thus completing the reunification of Japan under one government. He organized new laws to regulate the court and the military clans, and laid the foundations for over 250 years of peace under Tokugawa rule during the Edo period. After his death he was enshrined at Nikko as Tosho Daigongen, an aspect of the Buddha. 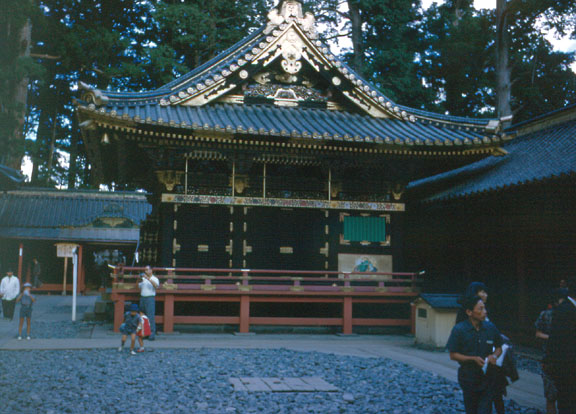 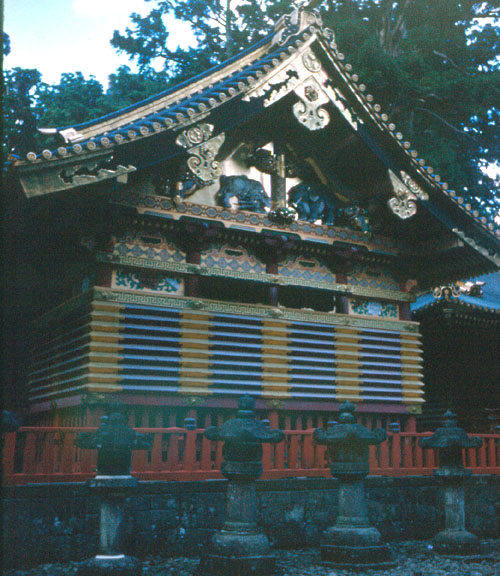 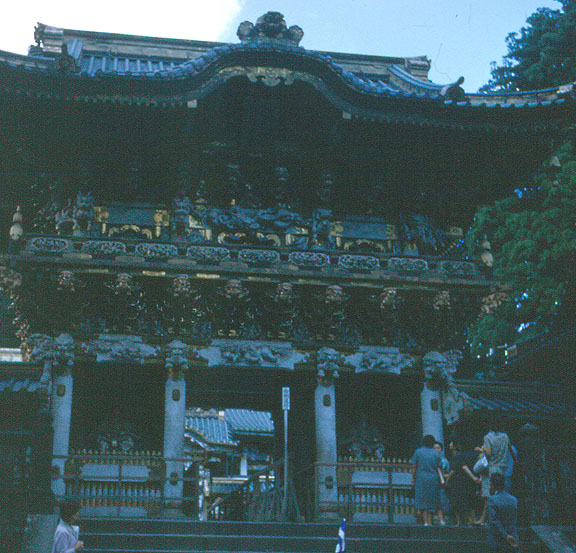 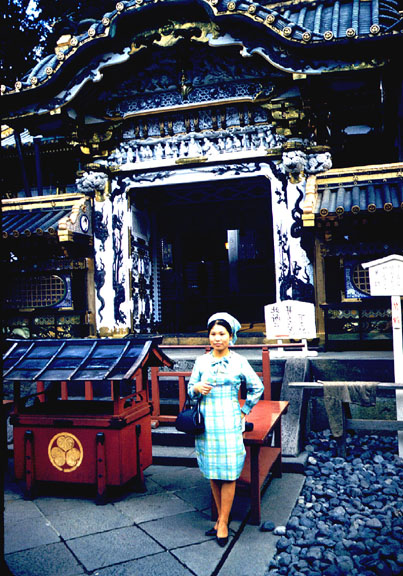 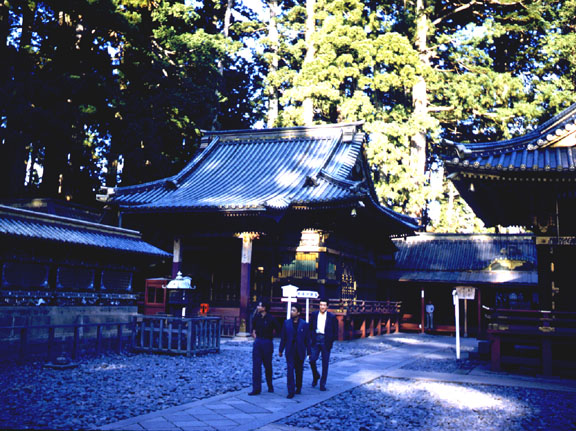 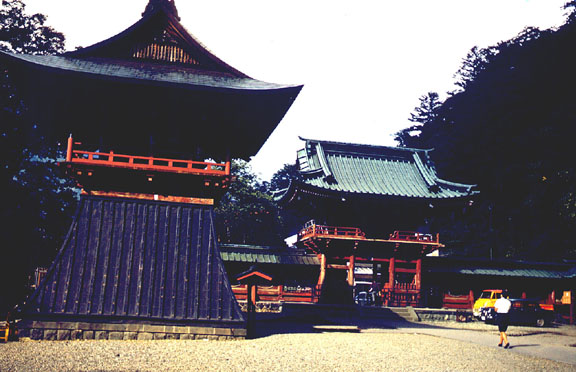 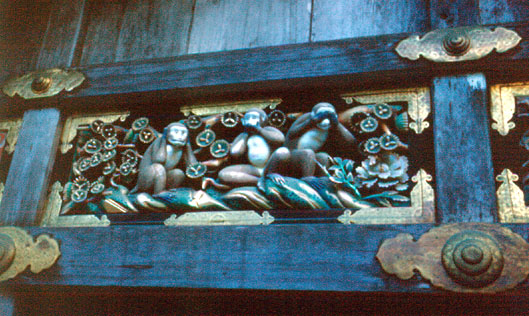 3 Monkeys on Nikko shrine
(hear no evil, speak no evil, see no evil)