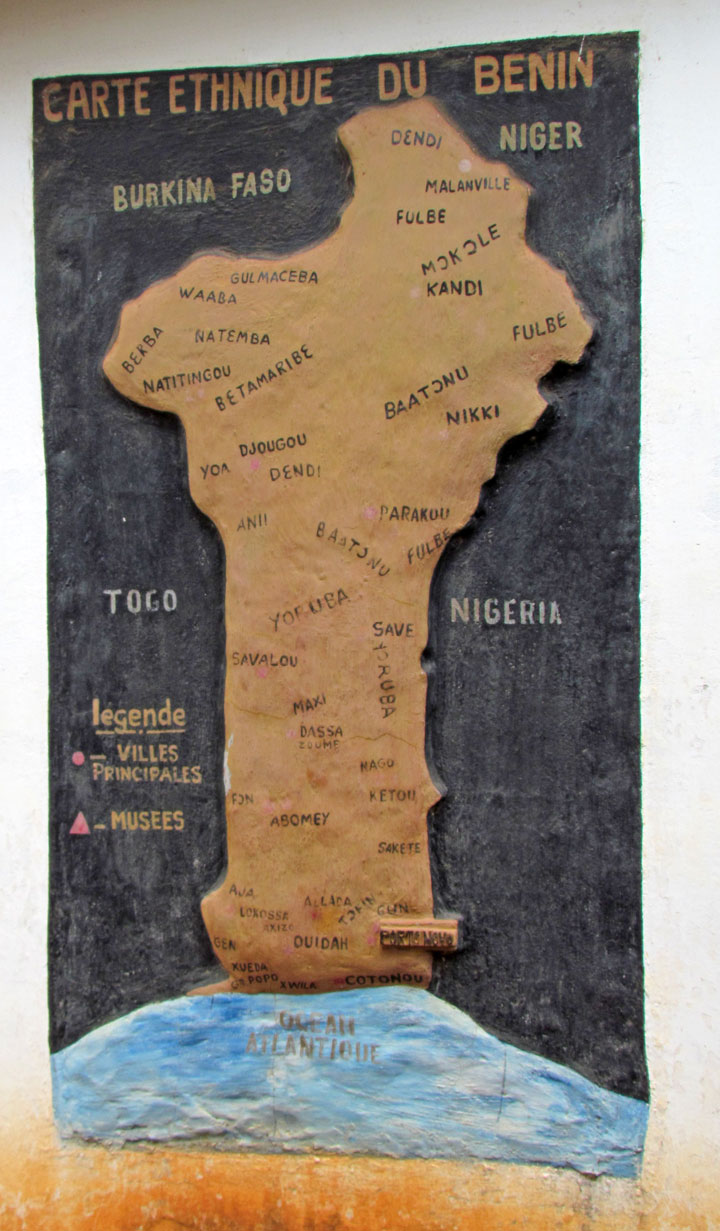 Benin, officially the Republic of Benin, is a country in West Africa. It borders Togo to the west, Nigeria to the east and Burkina Faso and Niger to the north. Its small southern coastline on the Bight of Benin is where a majority of the population is located. The capital of Benin is Porto-Novo, but the seat of government is located in the country's largest city of Cotonou. Benin covers an area of approximately 110,000 square kilometers (42,000 sq mi), with a population of approximately 9.05 million. Benin is a tropical, sub-Saharan nation, highly dependent on agriculture, with substantial employment and income arising from subsistence farming. 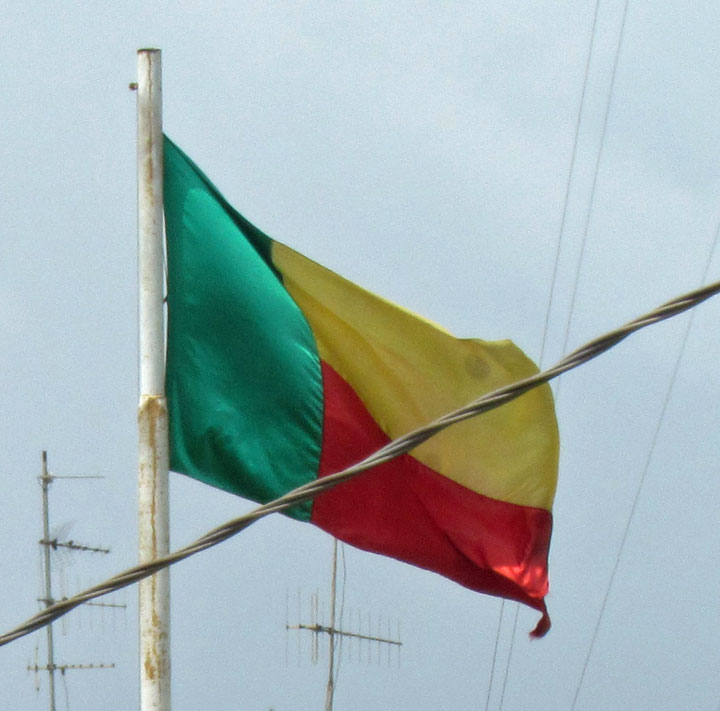 The official language of Benin is French, however, indigenous languages such as Fon and Yoruba are commonly spoken. The largest religious group in Benin is Roman Catholicism, followed closely by Muslims, Vodun, and Protestants. Benin is a member of the United Nations, the African Union, the Organisation of the Islamic Conference, South Atlantic Peace and Cooperation Zone, La Francophonie, the Community of Sahel-Saharan States, the African Petroleum Producers Association and the Niger Basin Authority. 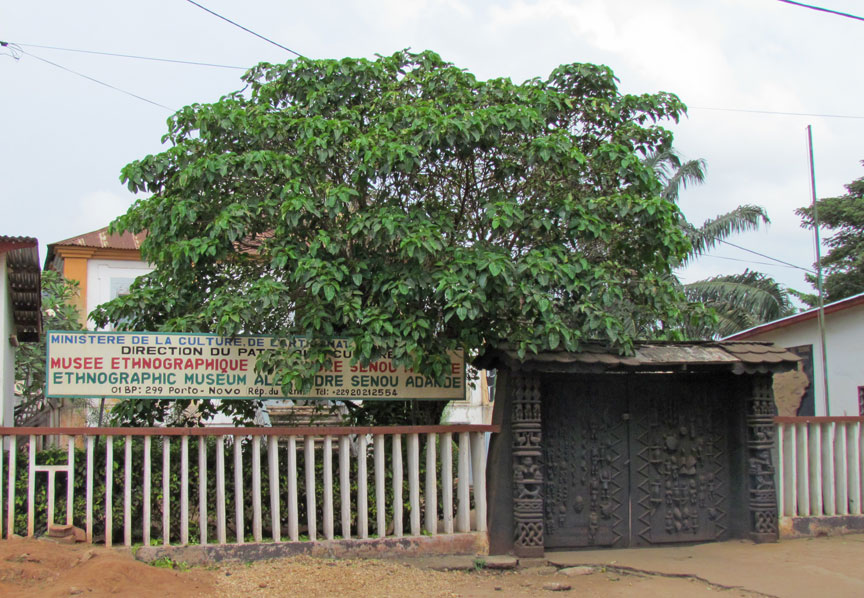 From the 17th century to the 19th century, the land of current-day Benin was ruled by the Kingdom of Dahomey. The region became known as the Slave Coast during the early 17th century due to the prevalence of the trans-Atlantic slave trade. In 1892, with the slave trade banned and regional power diminishing, France took over the area and renamed it French Dahomey. In 1960, Dahomey gained full independence from France, bringing in a democratic government for the next 12 years. 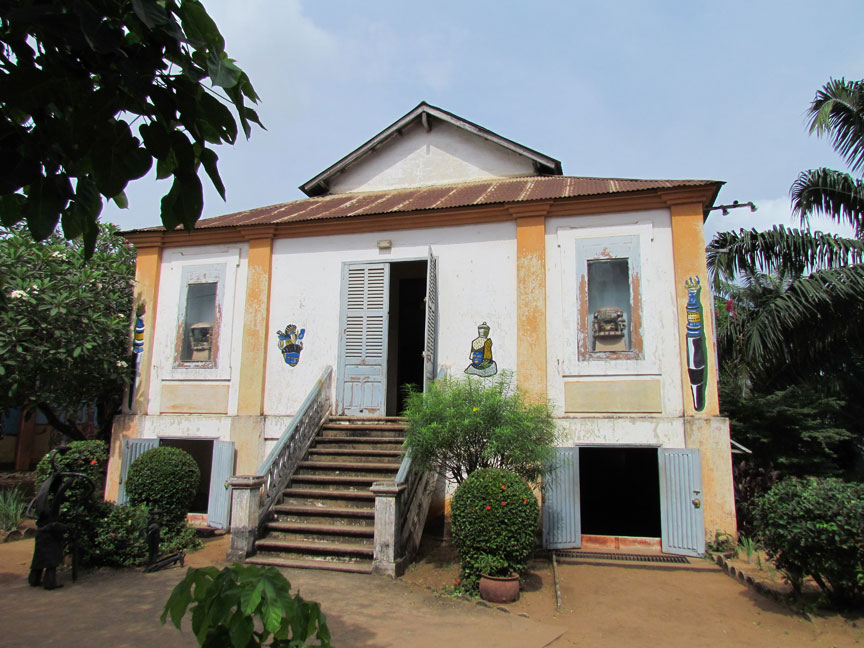 Between 1972 and 1990, a self-proclaimed Marxist-Leninist dictatorship called the People's Republic of Benin existed, ushering in a period of repression which ultimately led to an economic collapse. Formation of the Republic of Benin occurred in 1991, bringing in multiparty elections. 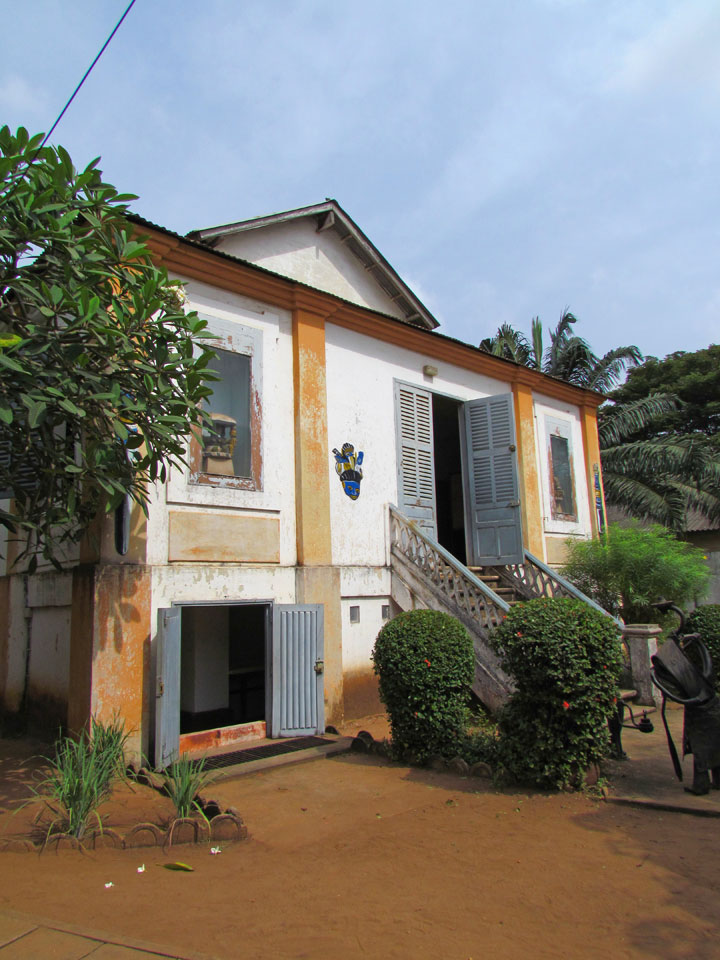 During the colonial period and at independence, the country was known as Dahomey. It was renamed on November 30, 1975, to Benin after the body of water on which the country lies - the Bight of Benin - which, in turn, had been named after the Benin Empire. The country of Benin has no direct connection to Benin City in modern Nigeria, nor to the Benin bronzes. 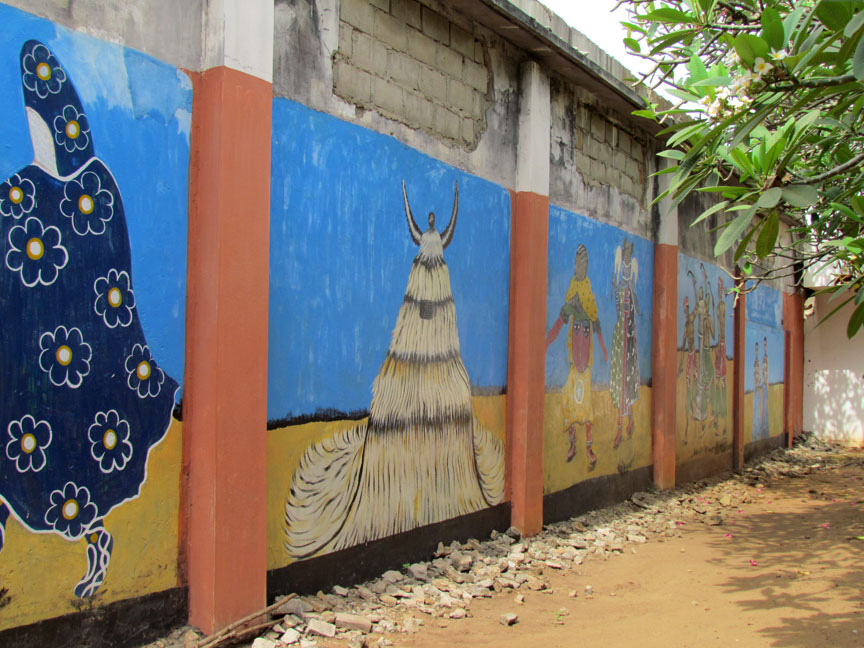 The new name, Benin, was chosen for its neutrality. Dahomey was the name of the former Kingdom of Dahomey, which covered only the southern third of the present country and therefore did not represent the northwestern sector Atakora nor the kingdom of Borgu, which covered the northeastern third. 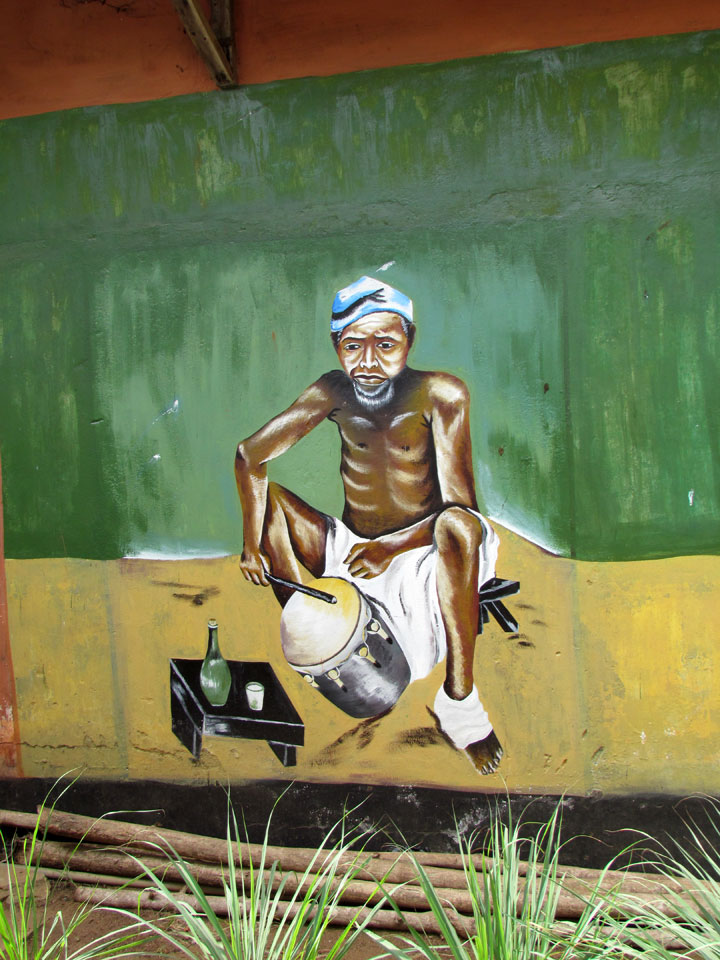 The Kingdom of Dahomey formed from a mixture of ethnic groups on the Abomey plain. Historians theorize that the insecurity caused by slave trading may have contributed to mass migrations of groups to modern day Abomey, including some Aja, a Gbe people who are believed to have founded the city. Those Aja living in Abomey mingled with the local Fon people, also a Gbe people, creating a new ethnic group known as "Dahomey". 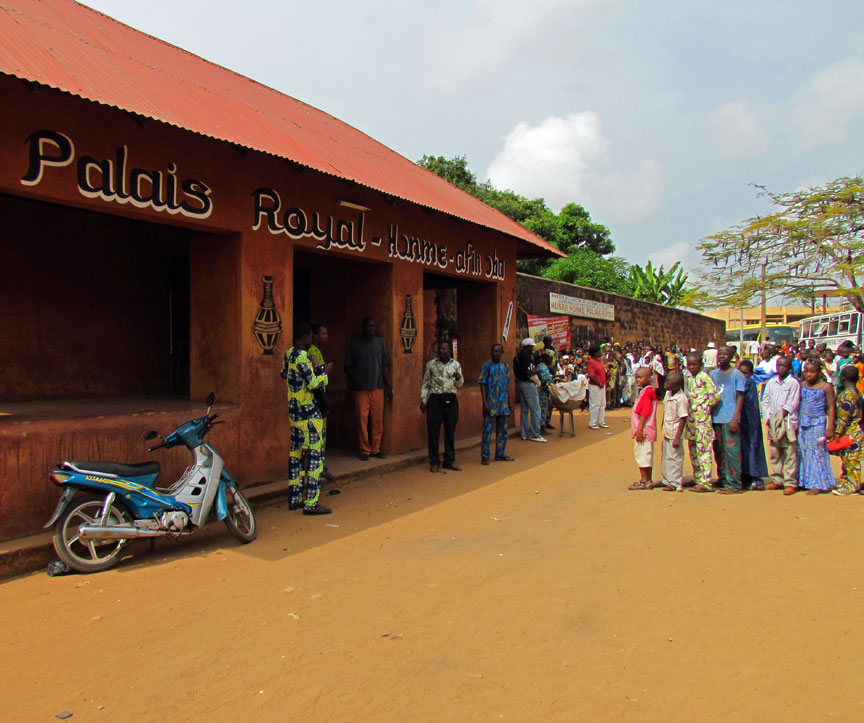 Photos of the Royal Palace in Porto Nova

The Gbe peoples are said to be descendents of a number of migrants from Wyo. Gangnihessou, (a member of an Aja dynasty that in the 16th century along with the Aja populace had come from Tado before settling and ruling separately in what is now Abomey, Allada, and Porto Novo), became the first ruler of the Dahomey Kingdom. Dahomey had a military culture aimed at securing and eventually expanding the borders of the small kingdom with its capital at modern day Abomey. 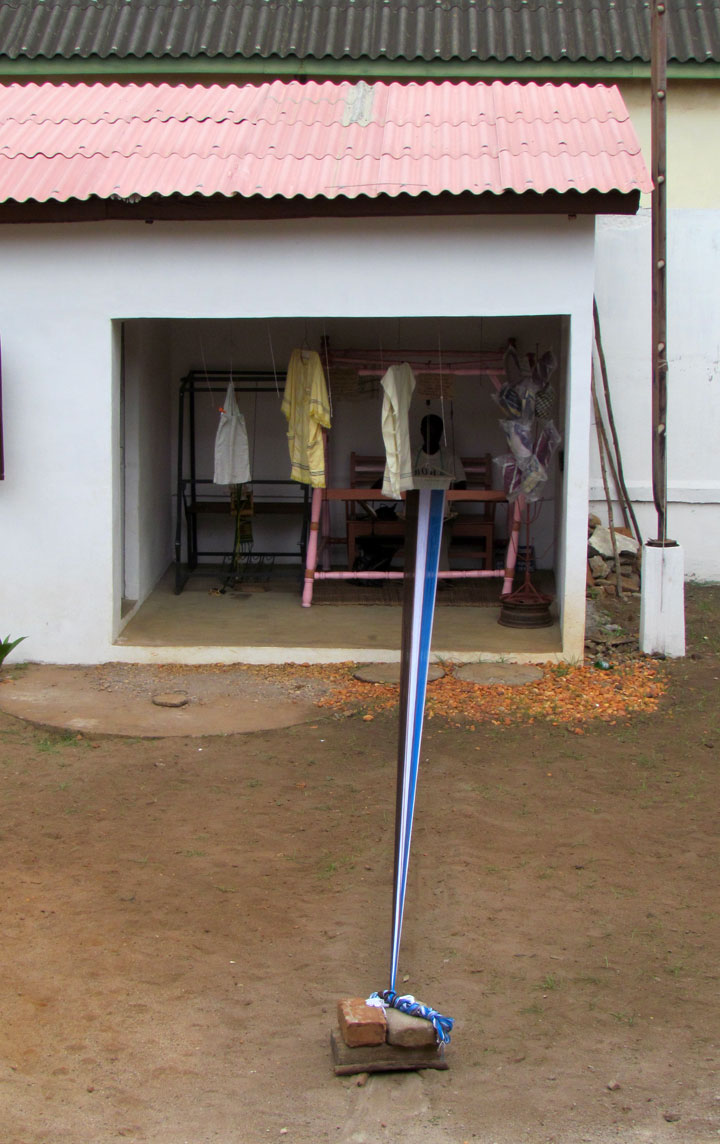 The Dahomey Kingdom was known for its culture and traditions. Young boys were often apprenticed to older soldiers, and taught the kingdom's military customs until they were old enough to join the navy. Dahomey was also famous for instituting an elite female soldier corps, called Ahosi or "our mothers" in the Fongbe language, and known by many Europeans as the Dahomean Amazons. This emphasis on military preparation and achievement earned Dahomey the nickname of "black Sparta" from European observers and 19th century explorers like Sir Richard Burton. 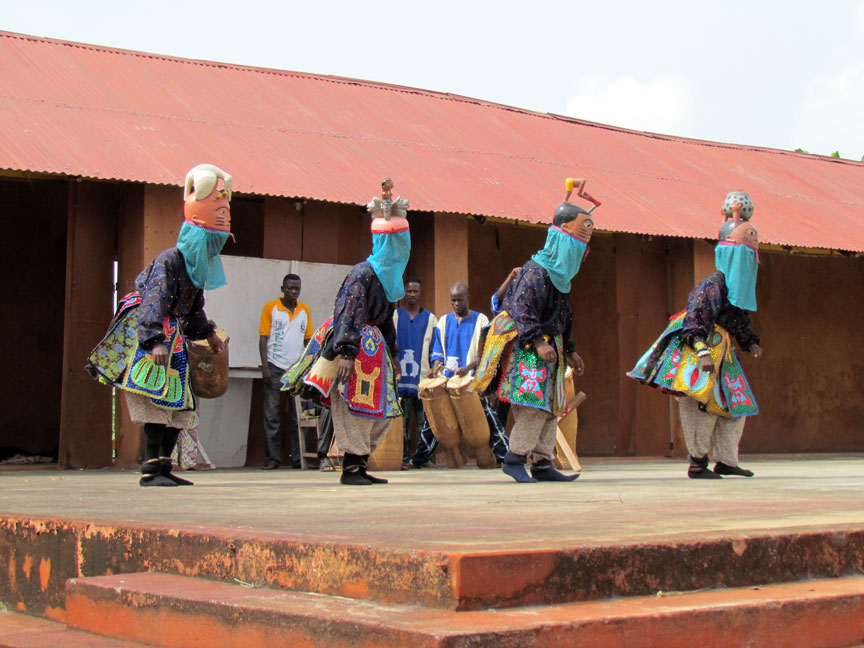 The kings of Dahomey sold their war captives into transatlantic slavery; otherwise the captives would have been killed in a ceremony known as the Annual Customs. By c.1750, the King of Dahomey was earning an estimated £250,000 per year by selling Africans to the European slave-traders. Though the leaders of Dahomey appeared initially to resist the slave trade, it flourished in the region of Dahomey for almost three hundred years (beginning in 1472 with a trade agreement with Portuguese merchants), leading to the area being named "the Slave Coast". Court protocols, which demanded that a portion of war captives from the kingdom's many battles be decapitated, decreased the number of enslaved people exported from the area. The number went from 20,000 per year at the beginning of the seventeenth century to 12,000 at the beginning of the 1800s. The decline was partly due to the banning of the trans-Atlantic slave trade by Britain and other countries. This decline continued until 1885, when the last Portuguese slave ship departed from the coast of the present-day Benin Republic. 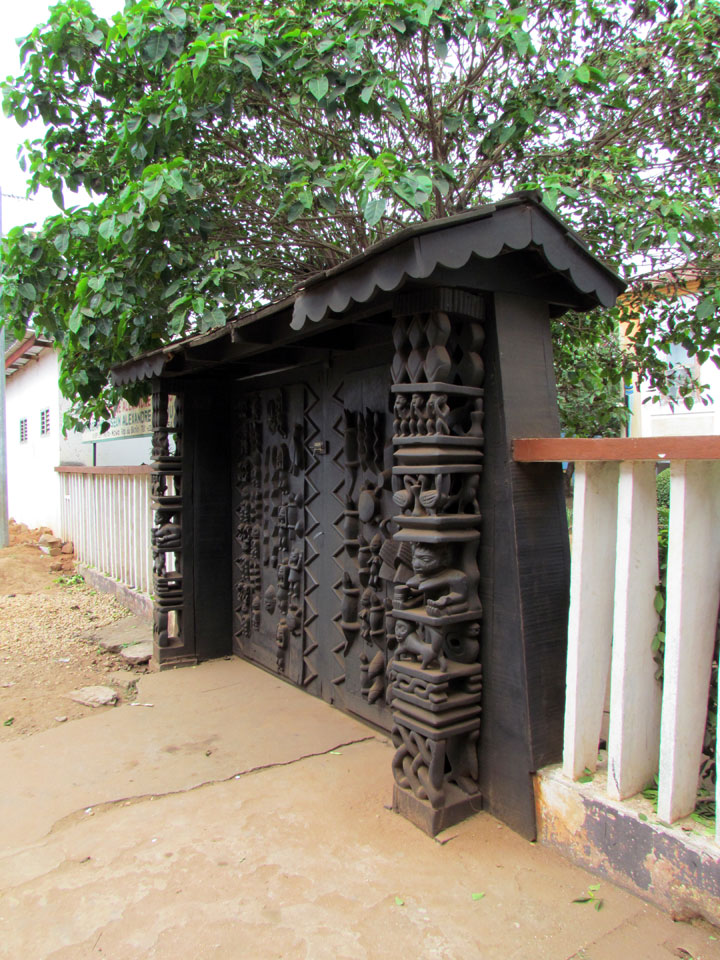 By the middle of the nineteenth century, Dahomey started to lose its status as the regional power. This enabled the French to take over the area in 1892. In 1899, the French included the land called French Dahomey within the French West Africa colony. In 1958, France granted autonomy to the Republic of Dahomey, and full independence as of August 1, 1960. The president who led them to independence was Hubert Maga. zx For the next twelve years, ethnic strife contributed to a period of turbulence. There were several coups and regime changes, with four figures dominating — Hubert Maga, Sourou Apithy, Justin Ahomadegbé and Emile Derlin Zinsou — the first three representing a different area and ethnicity of the country. These three agreed to form a presidential council after violence marred the 1970 elections. 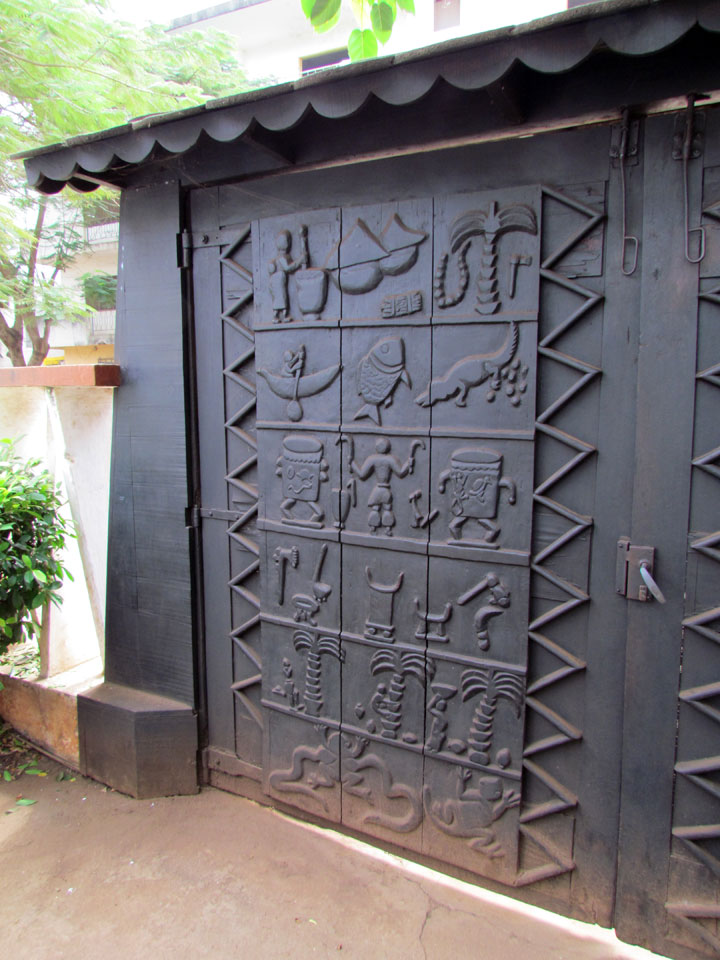 On May 7, 1972, Maga turned over power to Ahomadegbe. On October 26, 1972, Lt. Col. Mathieu Kérékou overthrew the ruling triumvirate, becoming president, and stating that the country will not "burden itself by copying foreign ideology, and wants neither Capitalism, Communism, nor Socialism", then on November 30 though announcing that the country was officially Marxist, under the control of the Military Council of the Revolution (CNR), which nationalized the petroleum industry and banks. On November 30, 1975, he renamed the country to People's Republic of Benin. 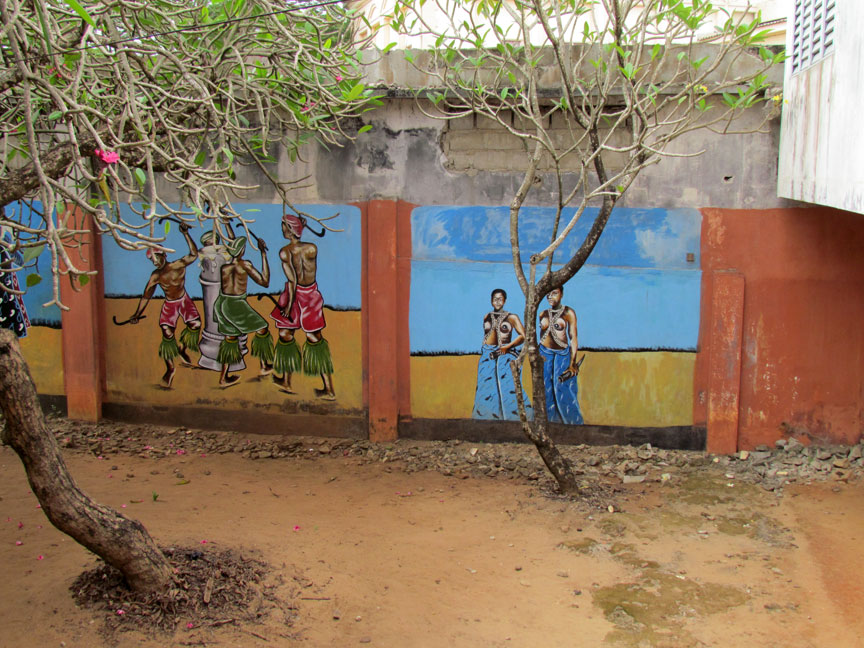 In 1979, the CNR was dissolved, and Kérékou arranged show elections where he was the only allowed candidate. Establishing relations with the People's Republic of China, North Korea, and Libya, he put nearly all businesses and economic activities under state control, causing foreign investment in Benin to dry up. Kérékou attempted to reorganize education, pushing his own aphorisms such as "Poverty is not a fatality", resulting in a mass exodus of teachers, along with a large number of other professionals. The regime financed itself by contracting to take nuclear waste from France. 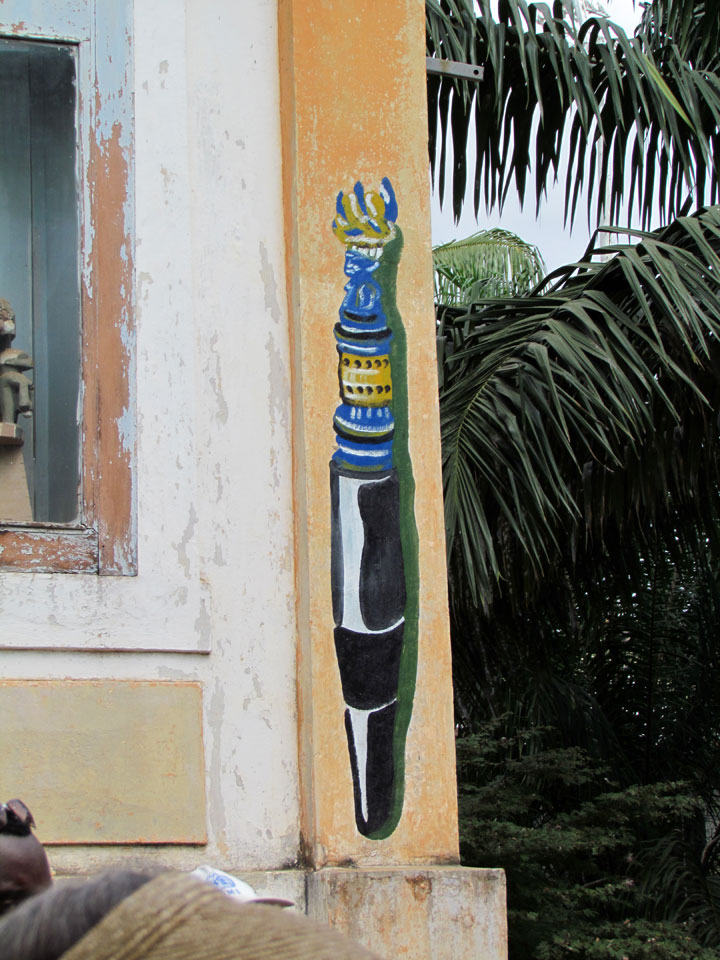 In 1980, Kérékou converted to Islam and changed his first name to Ahmed, then changed his name back after claiming to be a born-again Christian. 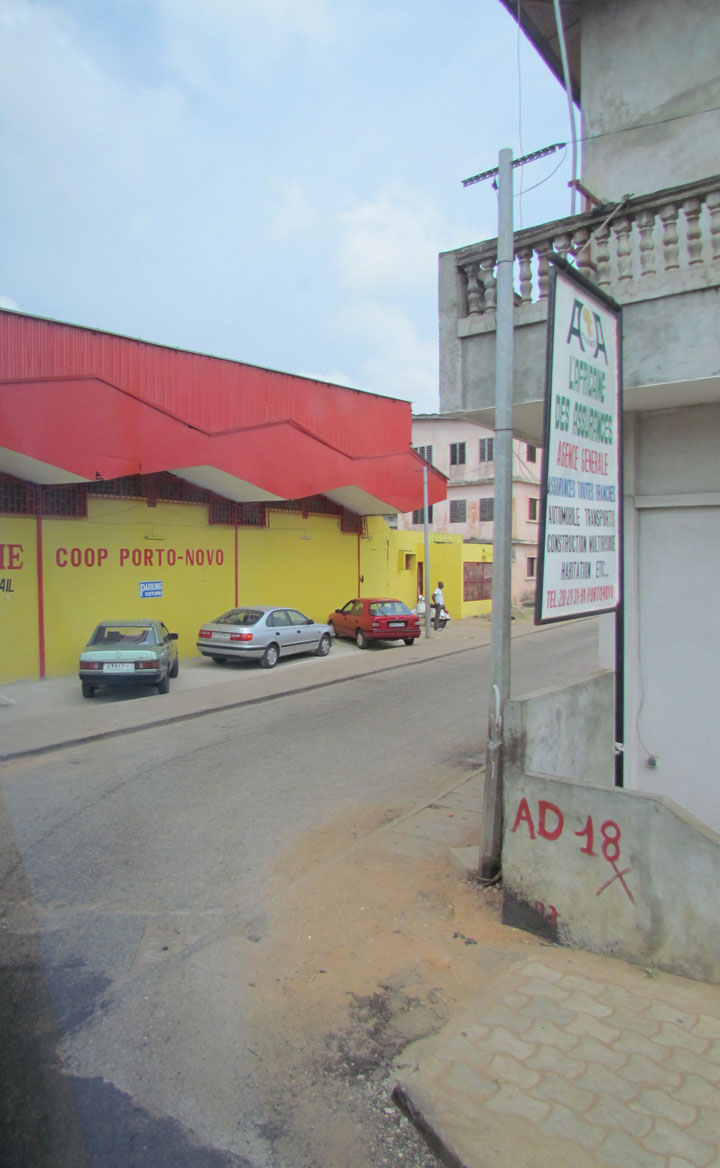 In 1989, riots broke out after the regime did not have money to pay its army. The banking system collapsed. Eventually Kérékou renounced Marxism and A convention forced Kérékou to release political prisoners and arrange elections. 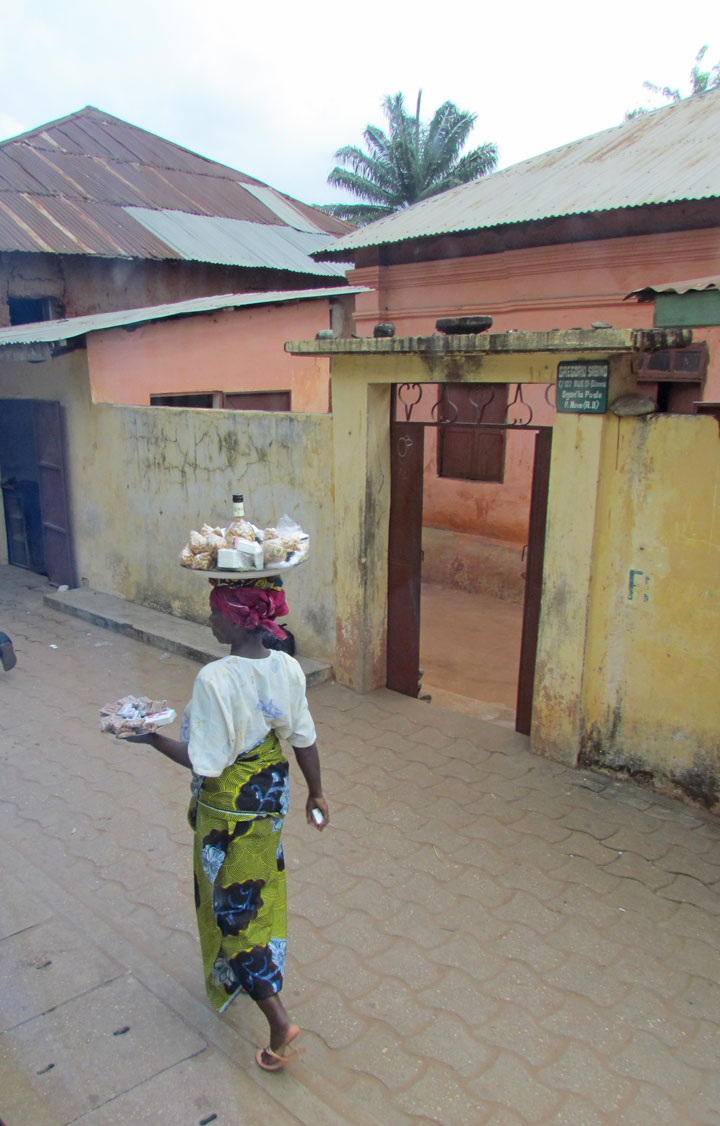 The name of the country was changed to the Republic of Benin on March 1, 1990, once the newly formed country's constitution was complete, after the abolition of Marxism–Leninism in the nation in 1989. 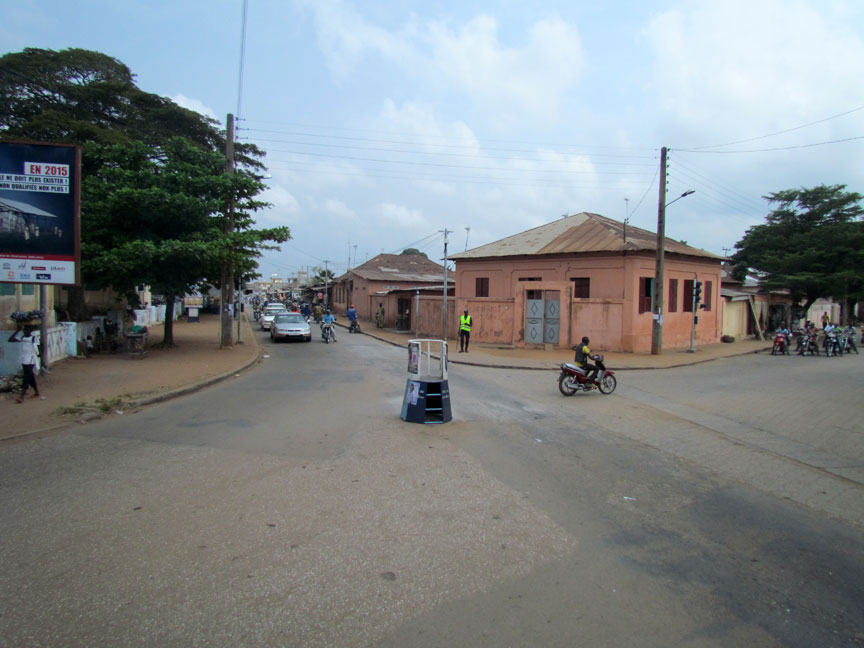 In 1991, Kérékou was defeated by Nicéphore Soglo, and became the first black African president to step down after an election. Kérékou returned to power after winning the 1996 vote. In 2001, a closely fought election resulted in Kérékou winning another term, after which his opponents claimed election irregularities. 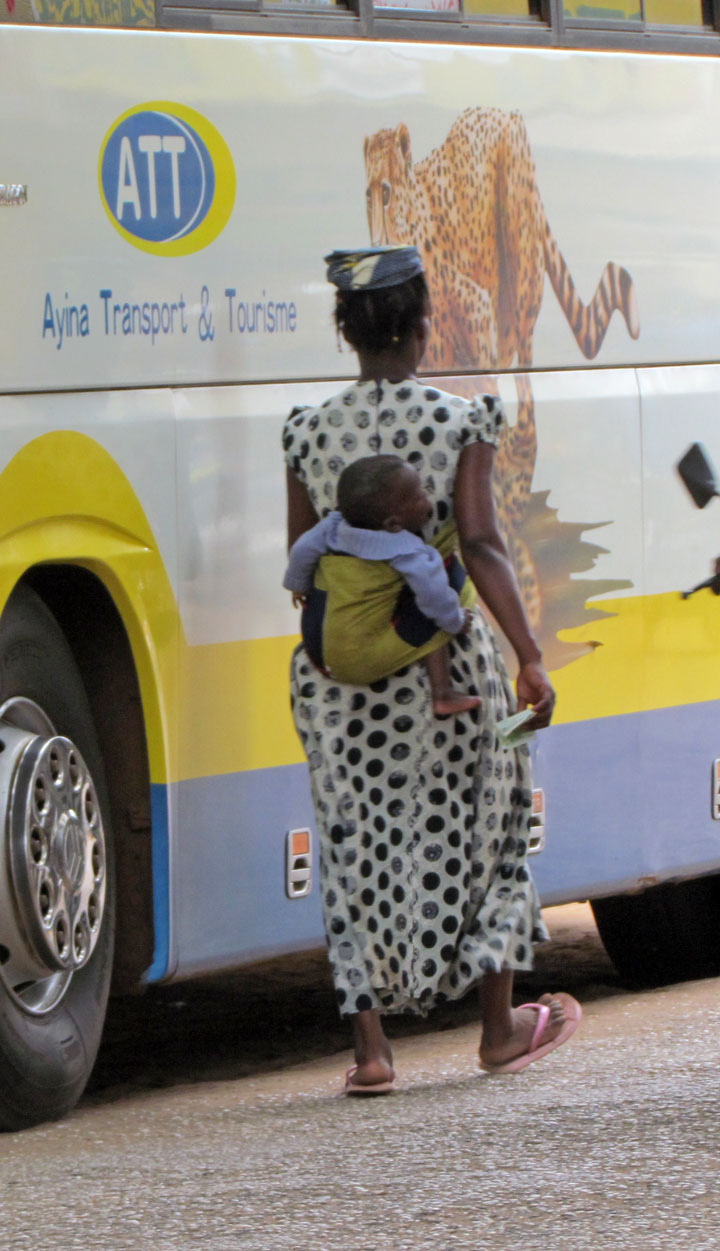 Kérékou and former president Soglo did not run in the 2006 elections, as both were barred by the constitution's restrictions on age and total terms of candidates. Kérékou is widely praised for making no effort to change the constitution so that he could remain in office or run again, unlike many African leaders. 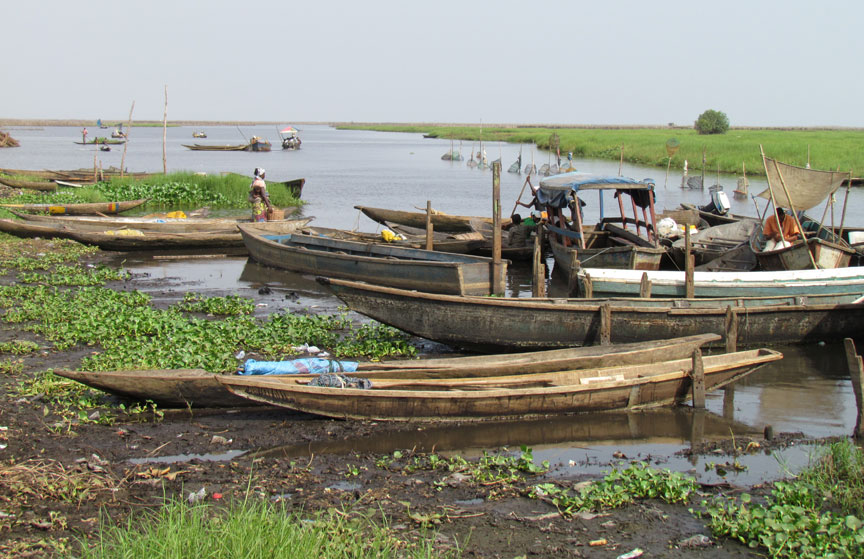 On March 5, 2006, an election was held that was considered free and fair. It resulted in a runoff between Yayi Boni and Adrien Houngbédji. The runoff election was held on March 19, and was won by Boni, who assumed office on April 6. The success of the fair multi-party elections in Benin won praise internationally. Benin is considered by a few to be a model democracy in Africa, but with such a short track record that only time will tell. 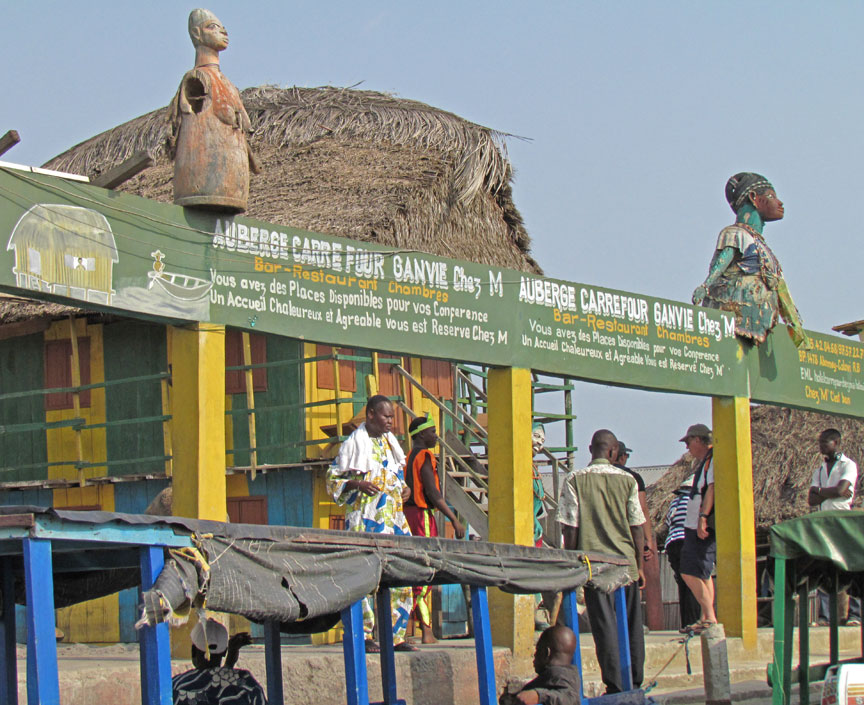 Benin's politics take place in a framework of a presidential representative democratic republic, where the President of Benin is both head of state and head of government, within a multi-party system. Executive power is exercised by the government. Legislative power is vested in both the government and the legislature. The judiciary is independent of the executive and the legislature. The political system is derived from the 1990 Constitution of Benin and the subsequent transition to democracy in 1991. 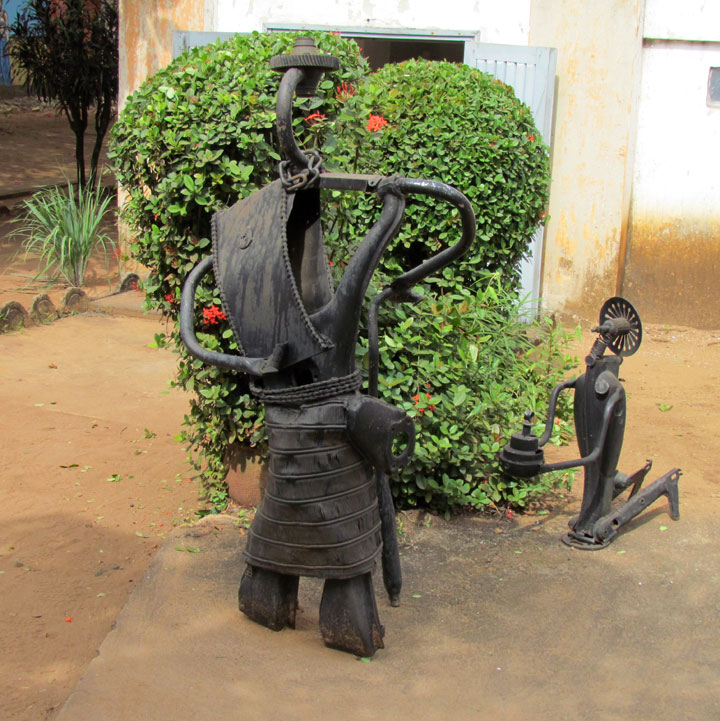 In its 2007 Worldwide Press Freedom Index, Reporters Without Borders ranked Benin 53rd out of 169 countries. 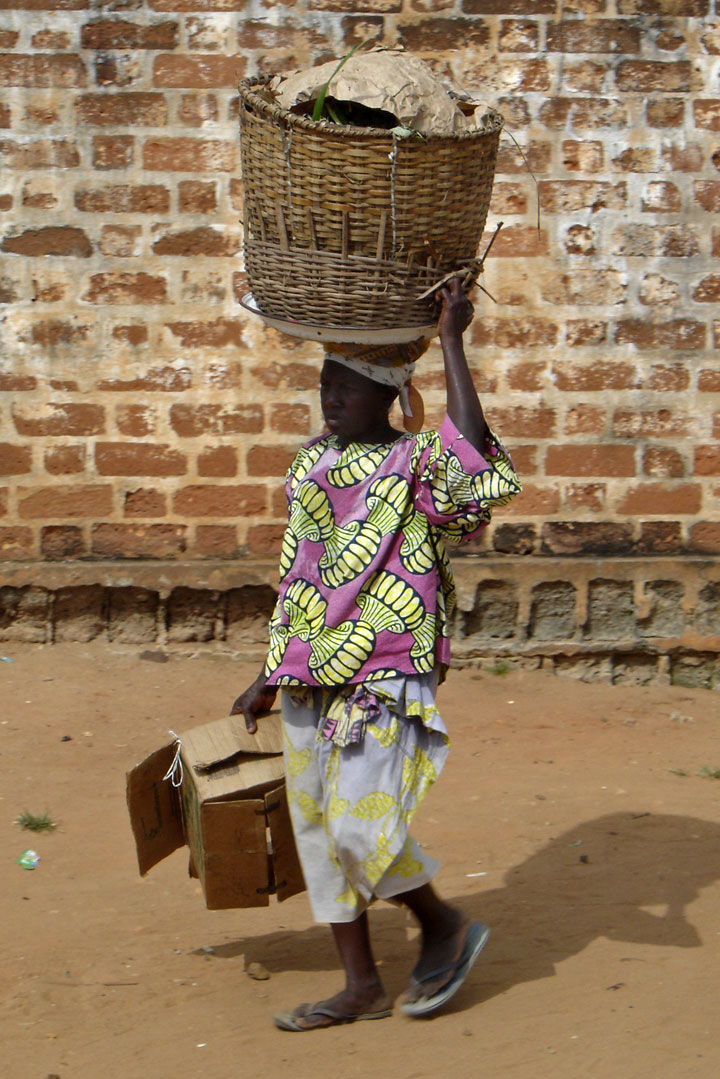 Benin scored highly in the 2008 Ibrahim Index of African Governance, which comprehensively measures the state of governance across the continent. Benin was ranked 13th out of 48 sub-Saharan African countries, and scored particularly well in the categories of Safety & Security and Participation & Human Rights. 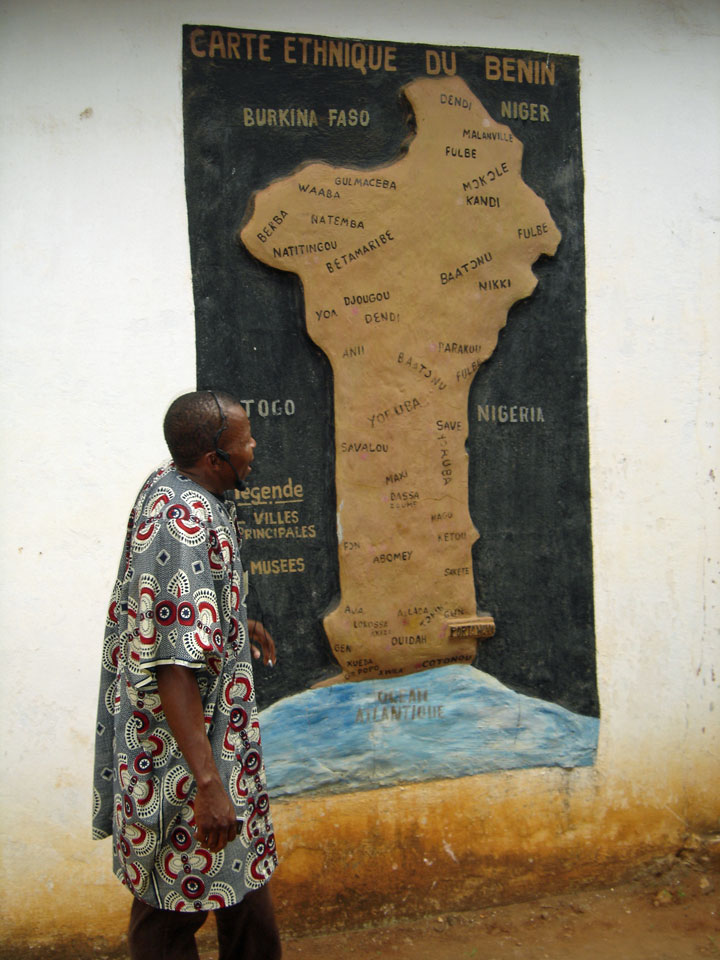 In a 2004 study by NationMaster, Benin was found to be the most corrupt out of 95 countries analyzed.