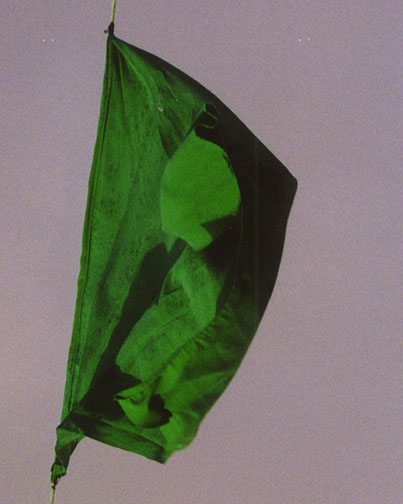 the flag
(a field of Green) 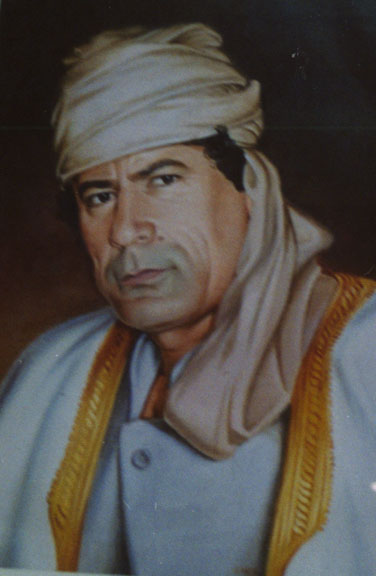 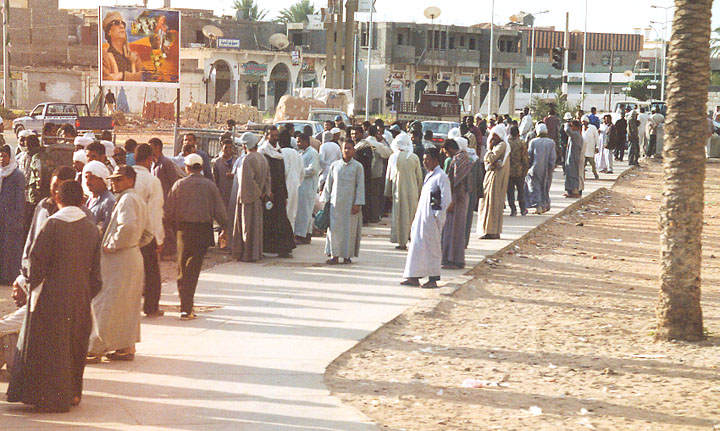 It is bounded on the north by the Mediterranean Sea, on the east by Egypt, on the southeast by the Republic of Sudan, on the south by Chad and Niger, on the west by Algeria, and on the northwest by Tunisia. The area of Libya, one of the largest countries in Africa, is 1,757,000 sq km (678,400 sq mi). Tripoli is the capital and largest city. 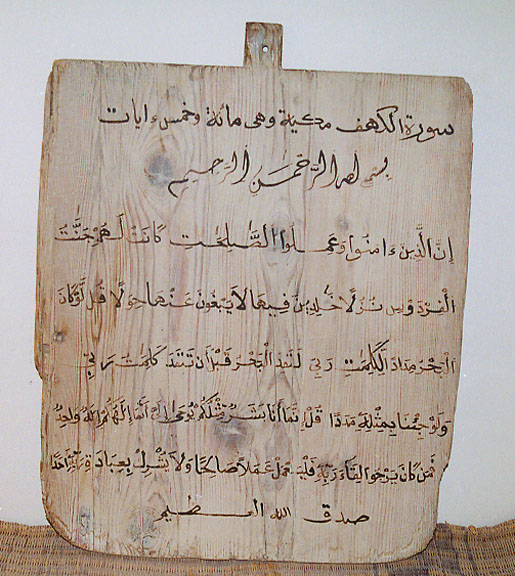 About 90 percent of Libya is made up of barren, rock-strewn plains and sand sea, with two small areas of hills rising to about 900 m (about 3,000 ft) in the northwest and northeast. In the south the land rises to the Tibesti massif along the Chad border. 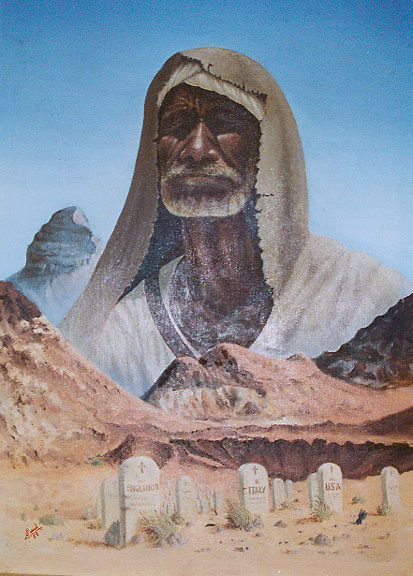 Omar al-Mukhtar
Lion of the Desert
(Who fought the Italian invasion 1911-1931,
and is the symbol of resisting all foreign interference)

Climatic conditions in Libya are characterized by extreme heat and aridity. Desert and subdesert regions have little precipitation. On the coast the annual rainfall rarely exceeds 380 mm (15 in). 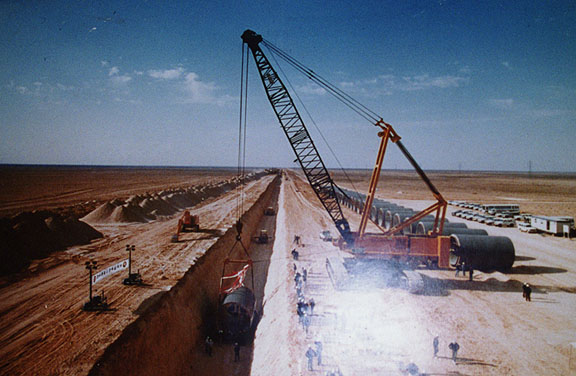 More Photos of the "Man Made River" project 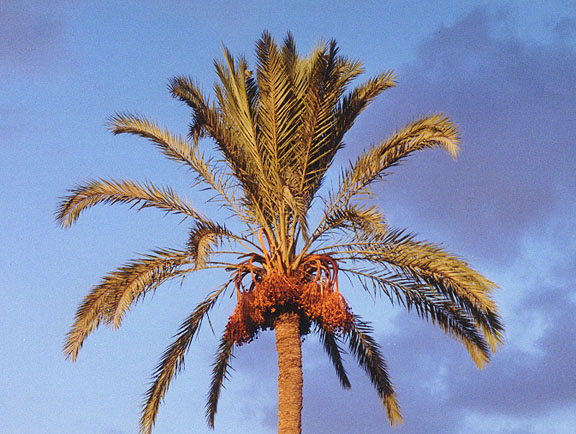 Most of Libya is either devoid of vegetation or supports only sparse growth. Date palms and olive and orange trees grow in the scattered oases, and junipers and mastic trees are found in the higher elevations. Wildlife includes desert rodents, hyena, gazelle, and wildcat. Eagles, hawks, and vultures are common. 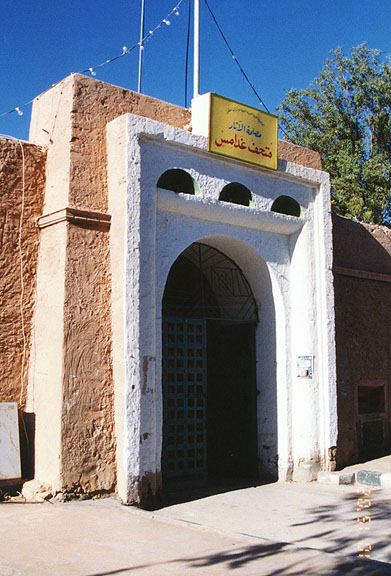 Photos of the Town and the Museum

Sand and the Berbers

The indigenous population of Libya is mostly Berber and Arab in origin; about 17 percent of the population consists of foreign workers and their families. Some 87 percent of the people live in urban areas, although some Libyans still live in nomadic or semi nomadic groups. 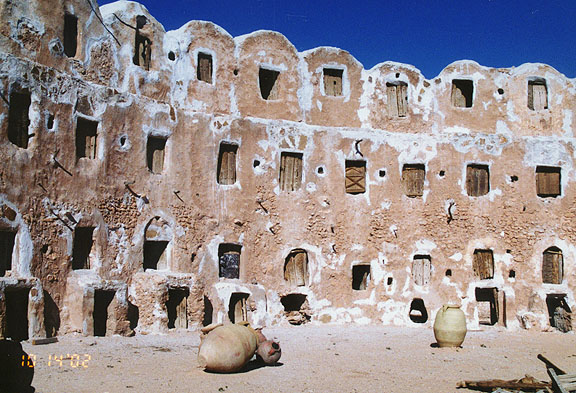 At the 1984 census, Libya had a population of 3,637,488. The 2000 estimated population was 5,114,032, giving the country an overall population density of 3 persons per sq km (8 per sq mi). The population, however, is unevenly distributed; more than two-thirds live in the more densely settled coastal areas. 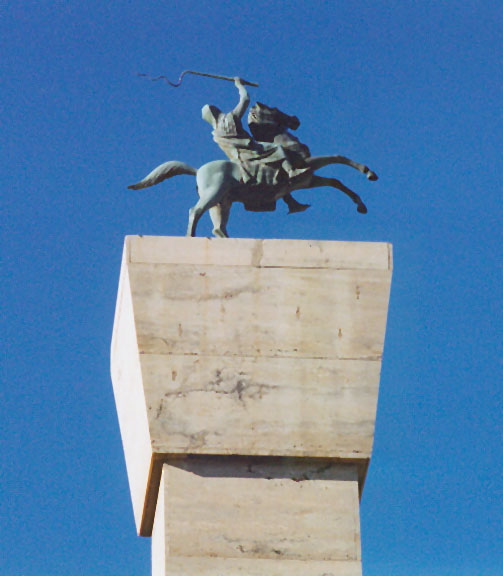 Islam is the state religion, and about 97 percent of all Libyans are Sunni Muslim. A small number are Roman Catholic. Arabic is the official language, although Berber is sometimes spoken and English and Italian are used in trade. 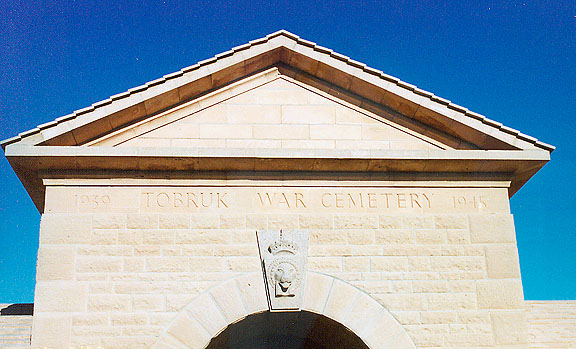 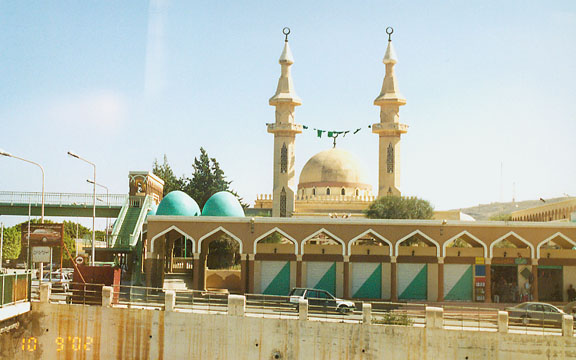 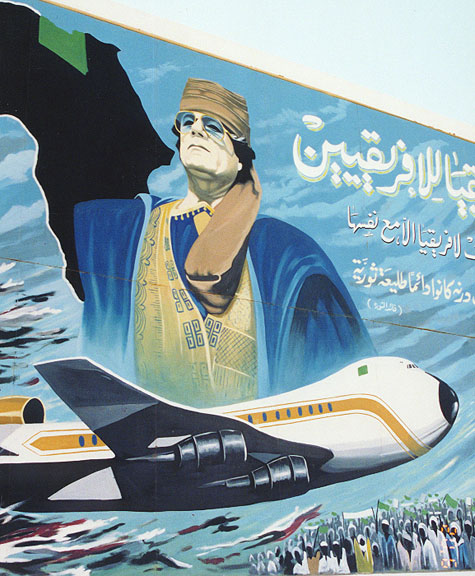 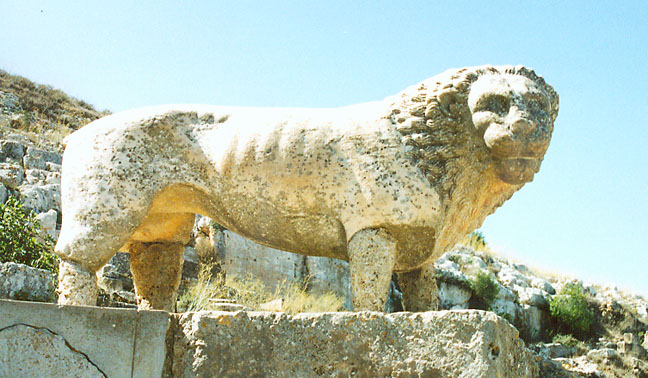 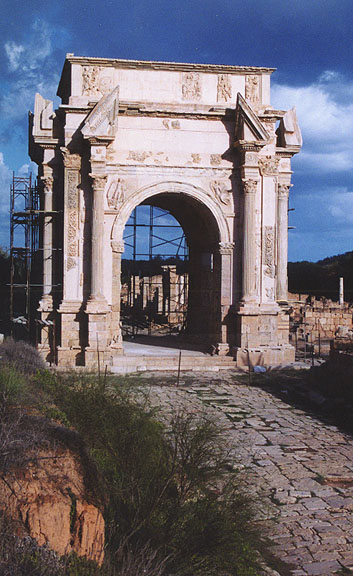 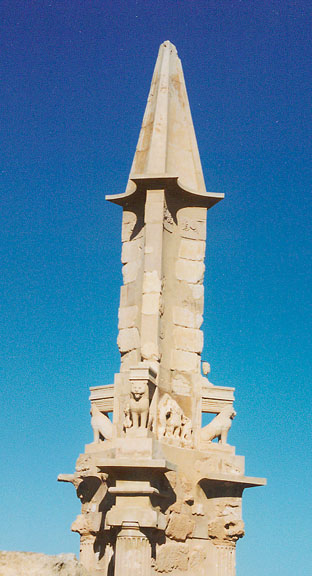 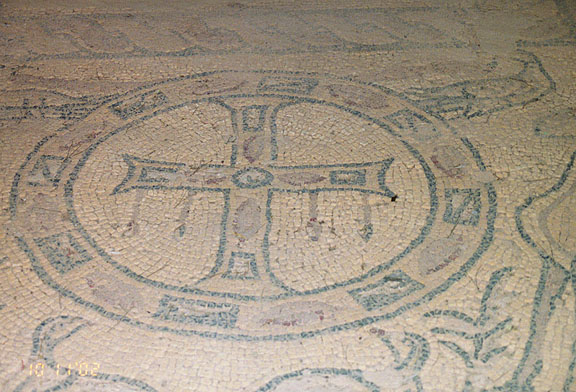 More Photos of the Byzantine Mosaics at Qasr Libya

More of Qasr Mosaics and Byzantine church at Lathrun