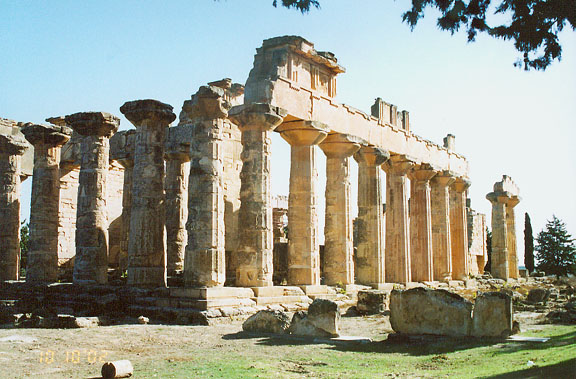 , ancient city in North Africa, located on the site of what is now Shahhât, Libya. Cyrene was situated 10 km (6 mi) inland from the port of Apollonia, now Sûsah, or Marsá Sûsah, Libya. 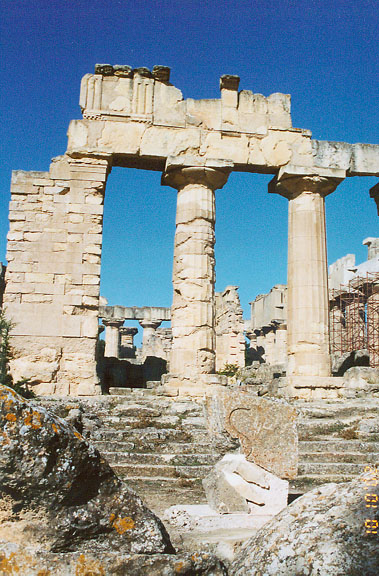 Cyrene was founded in the 7th century BC by Greek settlers led by Battus I, who established a ruling dynasty and made Cyrene the capital of the ancient kingdom of Cyrenaica. The descendants of Battus I ruled the state until a republic was established, about 450 BC. Cyrene submitted to the rule of Macedonian ruler Alexander the Great around 331 BC, after which the city was dominated by the Ptolemaic dynasty. 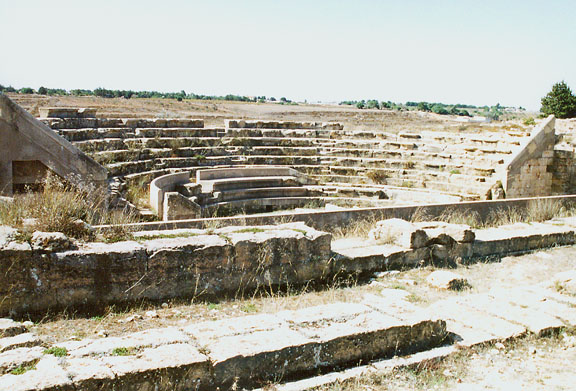 Greek theater (6th century BC)
(rebuilt by the Romans)

It was accorded a constitution by King Ptolemy I, who ruled from 323 to 285 BC. It then came under the rule of the Roman Empire. A series of ordinances was granted by Augustus, who ruled as the first emperor of Rome from 27 BC to AD 14. Under Roman rule, Cyrene retained its importance as a seat of government in the province of Cyrenaica. 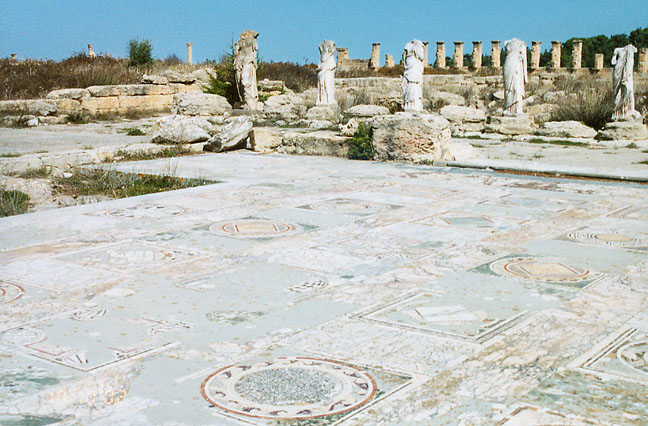 The community of Cyrene thrived from its very beginning, due to the fertility of the region. Its flocks, herds, and especially its horses were famous, and it had a monopoly on certain medicinal plants. It also had an abundance of precious metals, from which it produced its coinage. 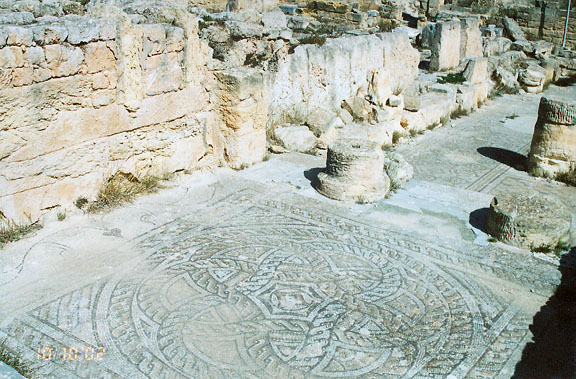 temple of the Agora with a mosaic floor

Greek lyric poet Pindar celebrated the successes of Cyrene’s rulers in the ancient games of the Greeks, and also sang of Aristaeus, the child produced by the nymph Cyrene and the Greek god Apollo. Cyrene had its own local school of philosophers. 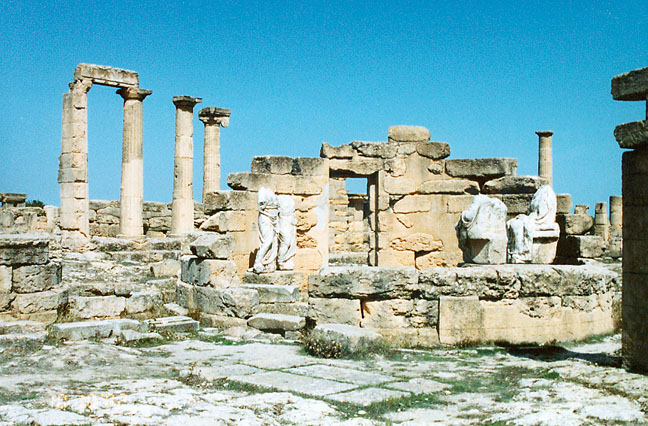 Many of the principal features of Cyrene were uncovered through archaeological research. The city was built around a spring in an eroded river valley 550 m (1800 ft) above sea level, where it was protected from the oppressive desert wind by the higher ground on its south. 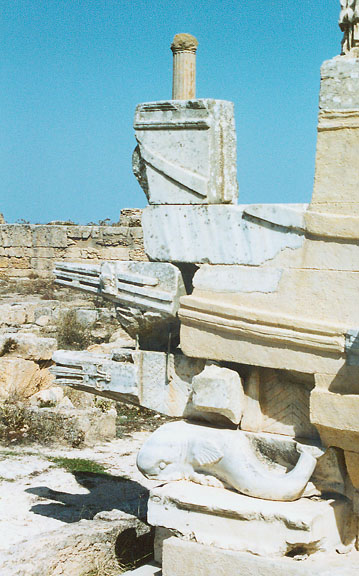 The settlers established a sanctuary to Apollo near the spring, and they also built simple dwellings there. The city eventually spread out along both sides of the depression, with a citadel to the south, a market center to the southeast, and a temple of Zeus to the east. Tombs occupied the hillsides around the site. 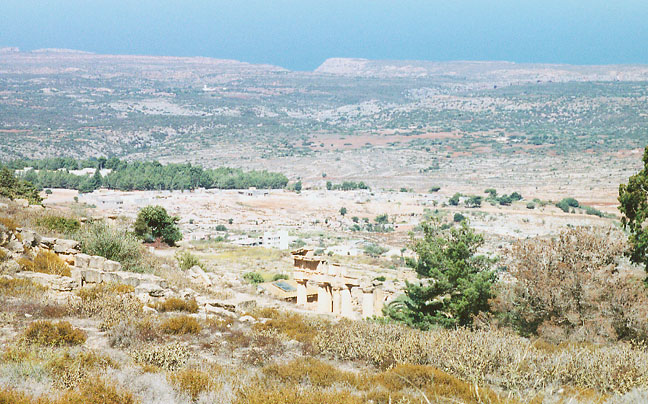 looking over the countryside
(Temple of Apollo below) 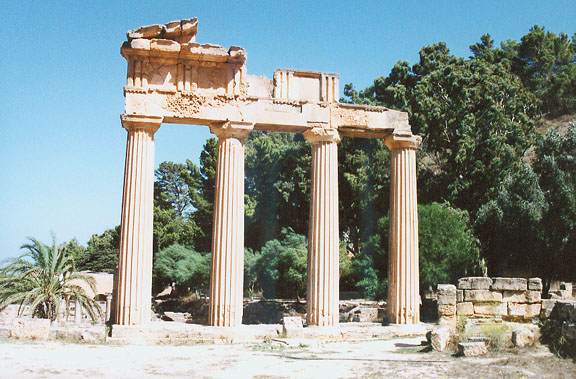 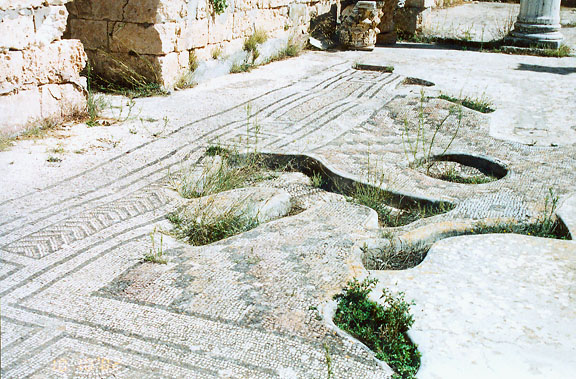 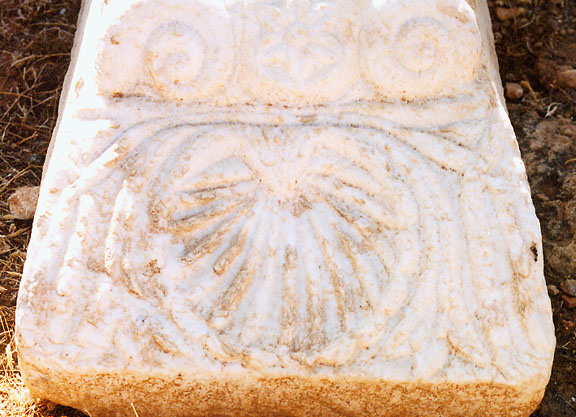 Necropolis
between Cyrene and Apollonia 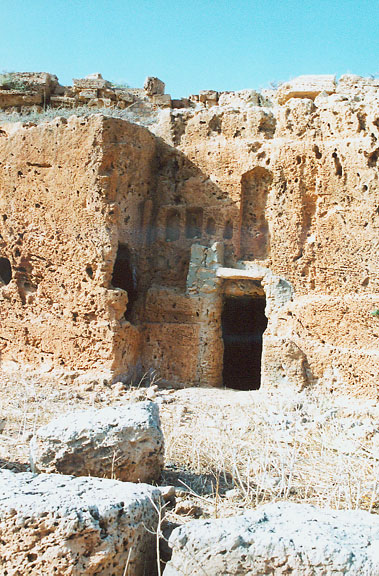 Apollonia
the harbor for Cyrene 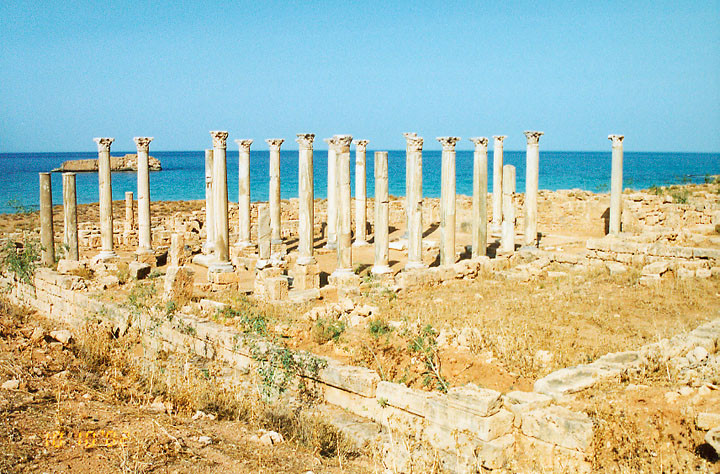 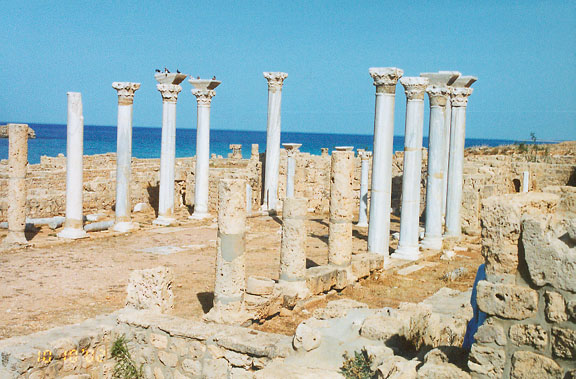 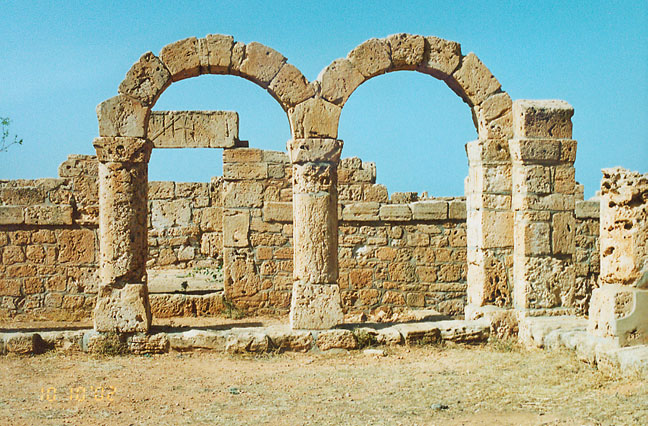 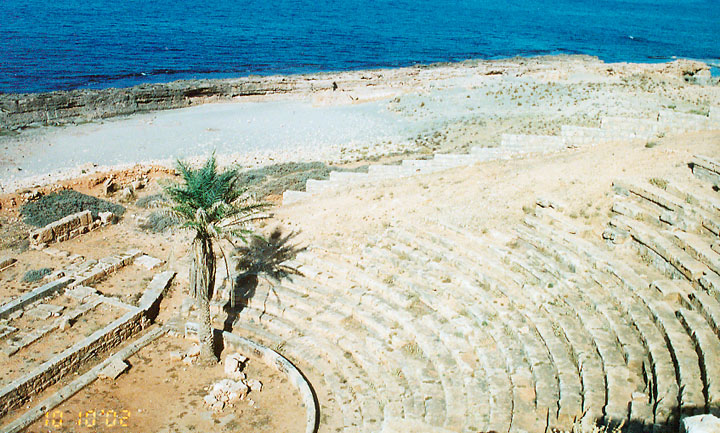