inundated by waters from the high dam on the Nile. 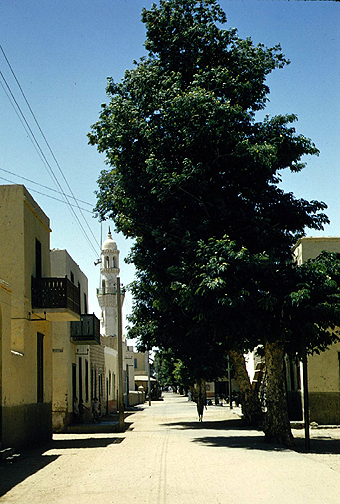 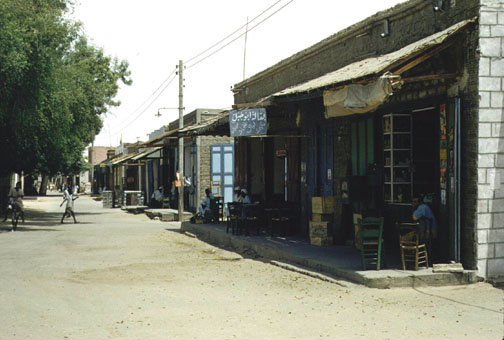 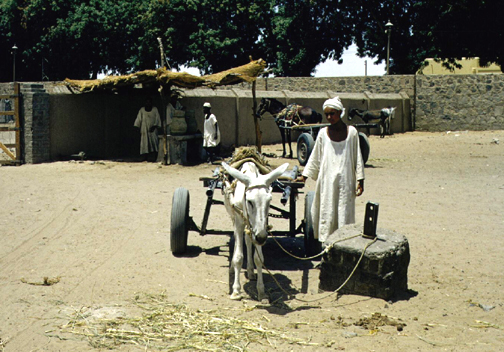 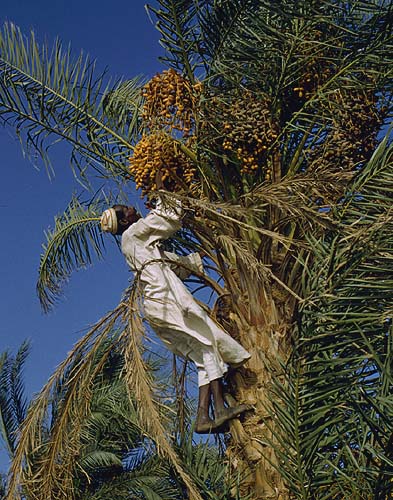 The strip of land along the Nile was highly fertile, including many date palms. 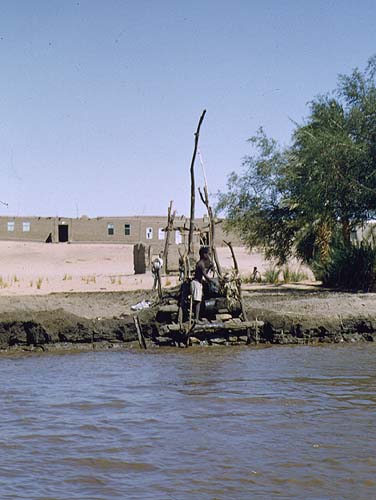 Water for crops was drawn directly from the Nile 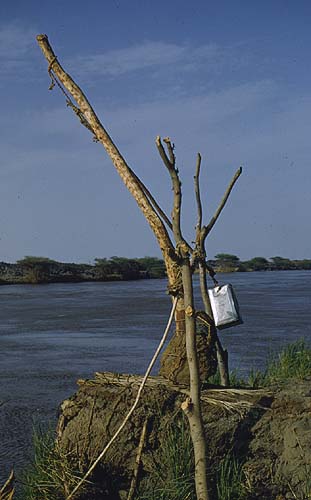 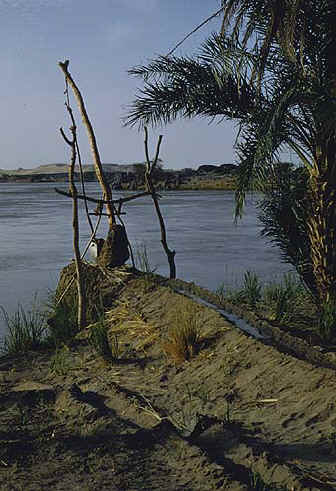 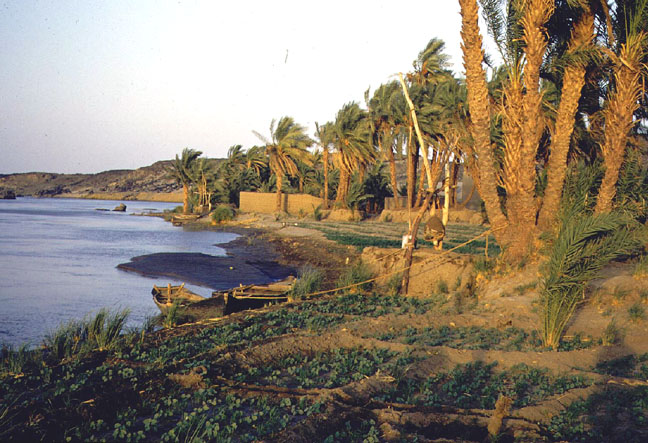 to irrigate the fertile strip along the Nile 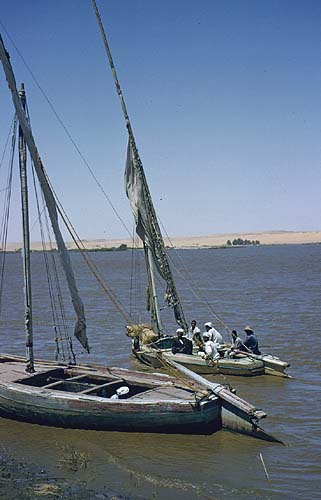 Crossing the Nile was done in sailing boats 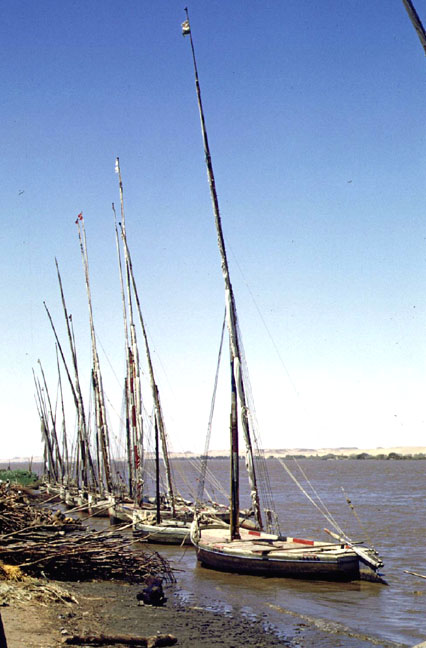 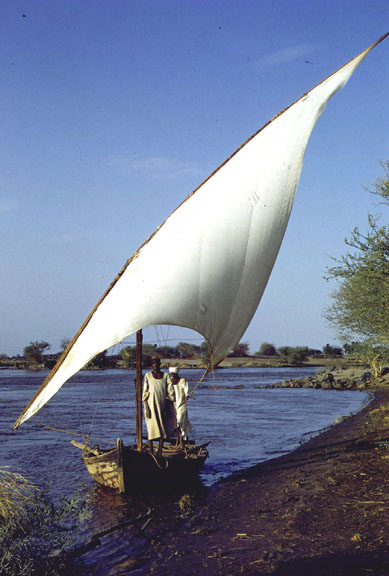 trade was in hides 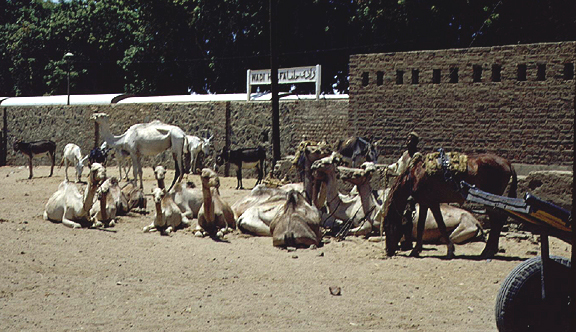 and the camels to carry them 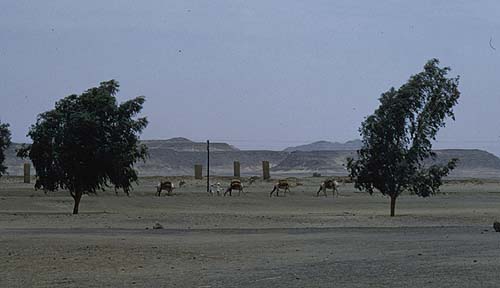 since outside of this fertile strip was the desert,
best crossed by camel trains. 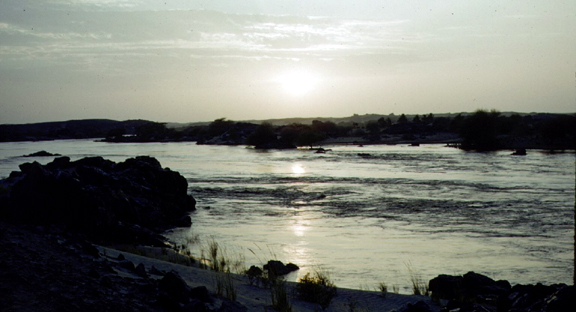 the cataract on the Nile limited navigation 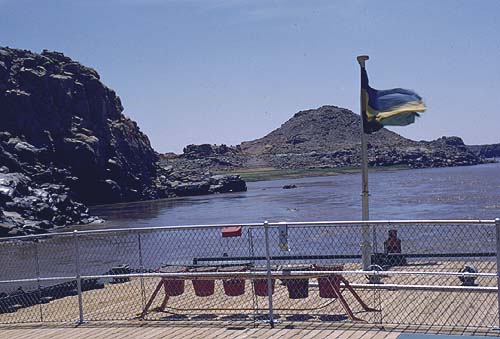 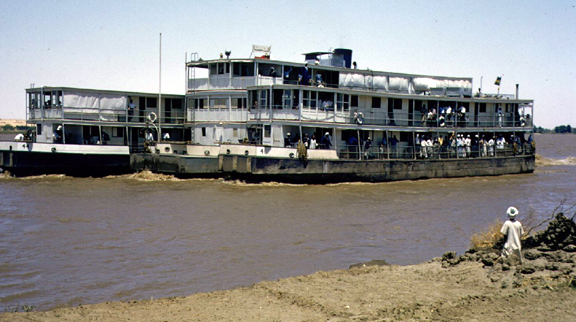 the river boat on the Nile 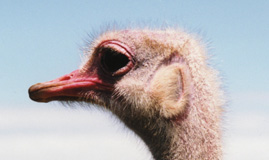 Did anyone see anything?