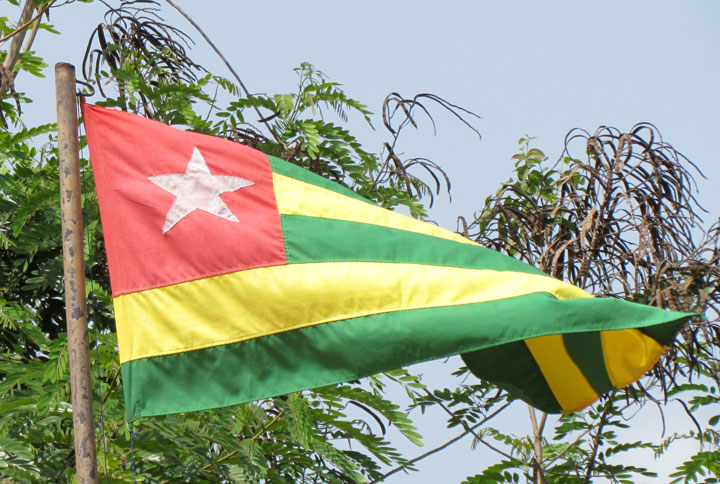 The Togolese Republic, often known as Togo, is a country in west Africa bordered by Ghana to the west, Benin to the east and Burkina Faso to the north. It extends south to the Gulf of Guinea, on which the capital Lomé is located. Togo covers an area of approximately 57,000 square kilometres (22,000 sq mi) with a population of approximately 6.7 million. Togo is a tropical, sub-Saharan nation, highly dependent on agriculture, with a climate that provides good growing seasons. While the official language is French, there are many other languages spoken in Togo, particularly those of the Gbe family. The largest religious group in Togo are those with indigenous beliefs, but there are significant Christian and Muslim minorities. Togo is a member of the United Nations, African Union, Organisation of the Islamic Conference, South Atlantic Peace and Cooperation Zone, La Francophonie and Economic Community of West African States.

From the 11th to the 16th century, various tribes entered the region from all directions. From the 16th century to the 18th century, the coastal region was a major trading centre for Europeans in search of slaves, earning Togo and the surrounding region the name "The Slave Coast". In 1884, Germany declared Togoland a protectorate. After World War I, rule over Togo was transferred to France. Togo gained its independence from France in 1960.In 1967, Gnassingbé Eyadéma led a successful military coup, after which he became president. At the time of his death in 2005, Eyadéma was the longest-serving leader in modern African history, after having been president for 38 years. In 2005, his son Faure Gnassingbé was elected president. 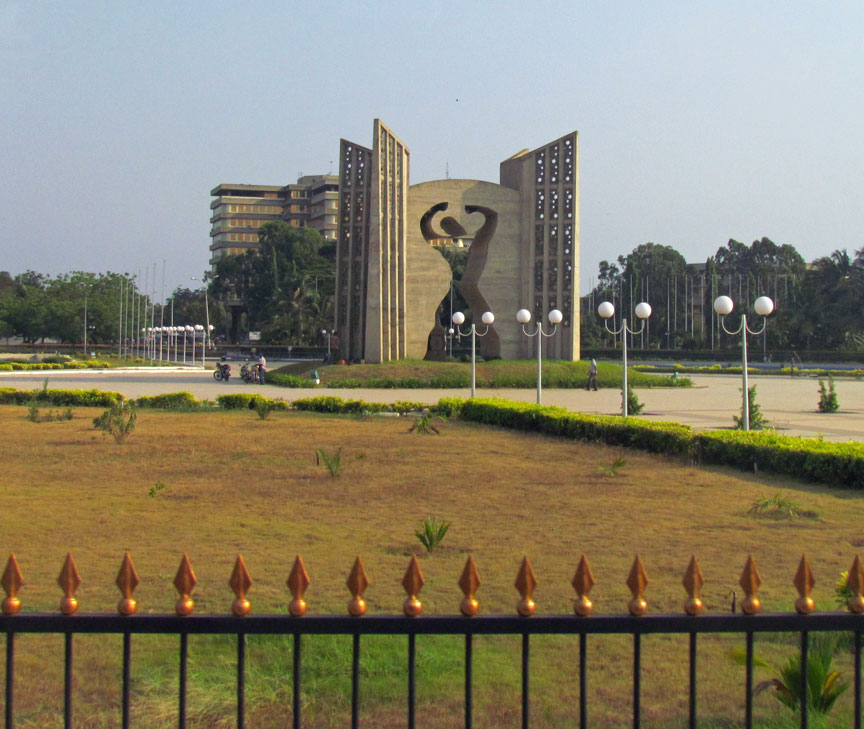 During the period from the 11th century to the 16th century, various tribes entered the region from all directions: the Ewé from Nigeria and Benin; and the Mina and Guin from Ghana. Most settled in coastal areas. 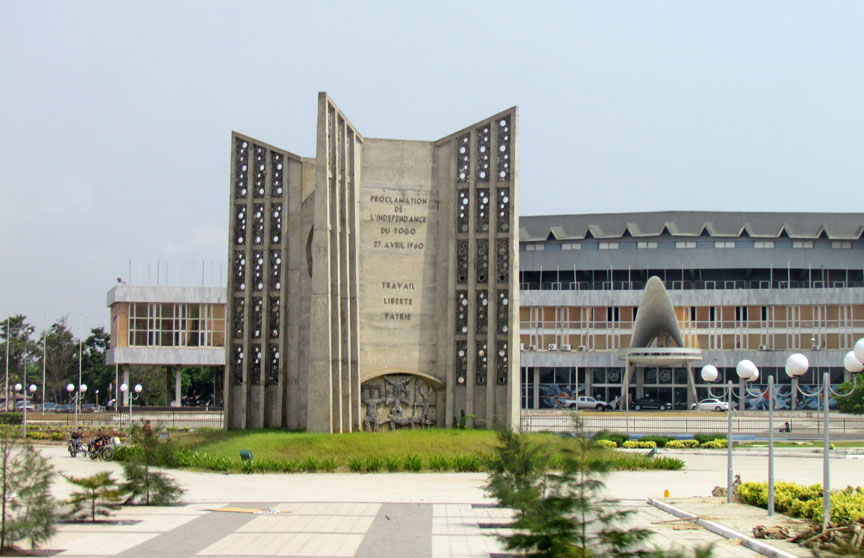 When the slave trade began in the 16th century, the Mina were the most victimized. For the next two hundred years, the coastal region was a major trading center for Europeans in search of slaves, earning Togo and the surrounding region the name "The Slave Coast". 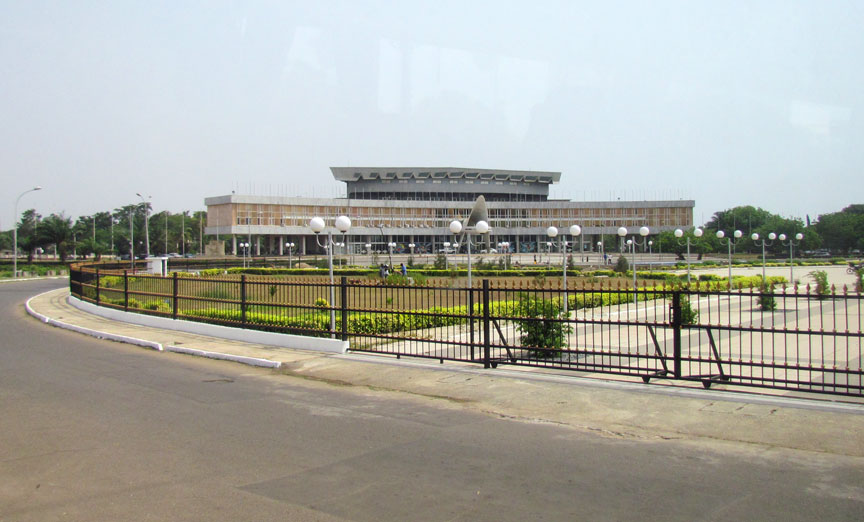 In an 1884 treaty signed at Togoville under the King Mlapa III, Germany declared a protectorate over a stretch of territory along the coast and gradually extended its control inland. In 1905, this became the German colony of Togoland. After the German defeat during World War I in August 1914 at the hands of British troops (coming from the Gold Coast) and French troops (coming from Dahomey), Togoland became two League of Nations mandates, administered by the Britain and France. After World War II, these mandates became UN Trust Territories. The residents of British Togoland voted to join the Gold Coast as part of the new independent nation of Ghana in 1957, and French Togoland became an autonomous republic within the French Union in 1959. 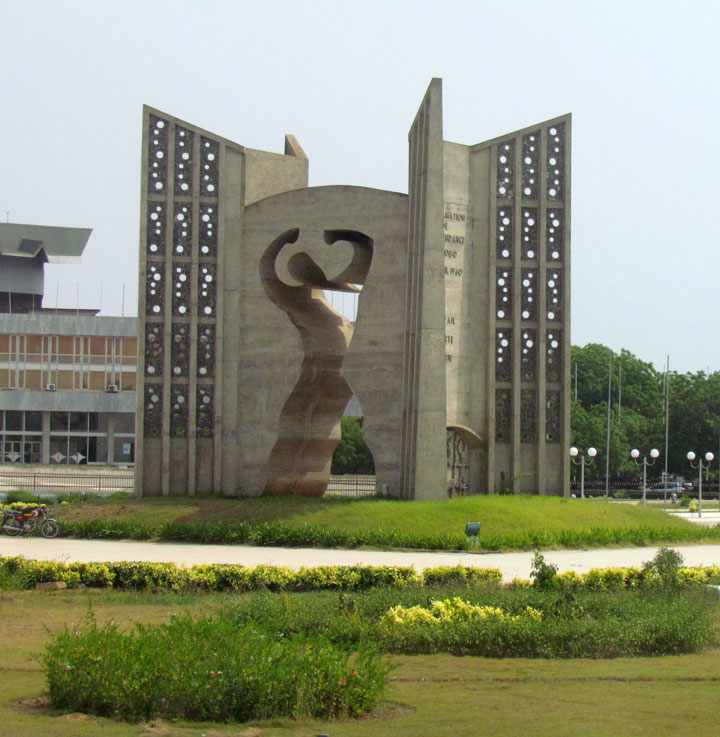 Independence came in 1960 under Sylvanus Olympio. He was assassinated in a military coup on 13 January 1963 by a group of soldiers under the direction of Sergeant Etienne Eyadema Gnassingbe. Opposition leader Nicolas Grunitzky was appointed president by the "Insurrection Committee", headed by Emmanuel Bodjollé. However, on 13 January 1967, Eyadema Gnassingbe overthrew Grunitzky in a bloodless coup and assumed the presidency, which he held from that date until his sudden death on 5 February 2005. Eyadema Gnassingbe died in early 2005 after 38 years in power, as Africa's longest-sitting dictator. The military's immediate but short-lived installation of his son, Faure Gnassingbé, as president provoked widespread international condemnation, except from France. However, some democratically elected African leaders such as Abdoulaye Wade of Senegal and Olusegun Obasanjo of Nigeria, supported that move, thereby creating a rift within the African Union. Faure Gnassingbé stood down and called elections which he won two months later. The opposition claimed that the election was fraudulent. The developments of 2005 led to renewed questions about a commitment to democracy made by Togo in 2004 in a bid to normalise ties with the European Union, which cut off aid in 1993 over the country's human rights record. Moreover, up to 400 people were killed in the political violence surrounding the presidential poll, according to the United Nations. Around 40,000 Togolese fled to neighbouring countries. 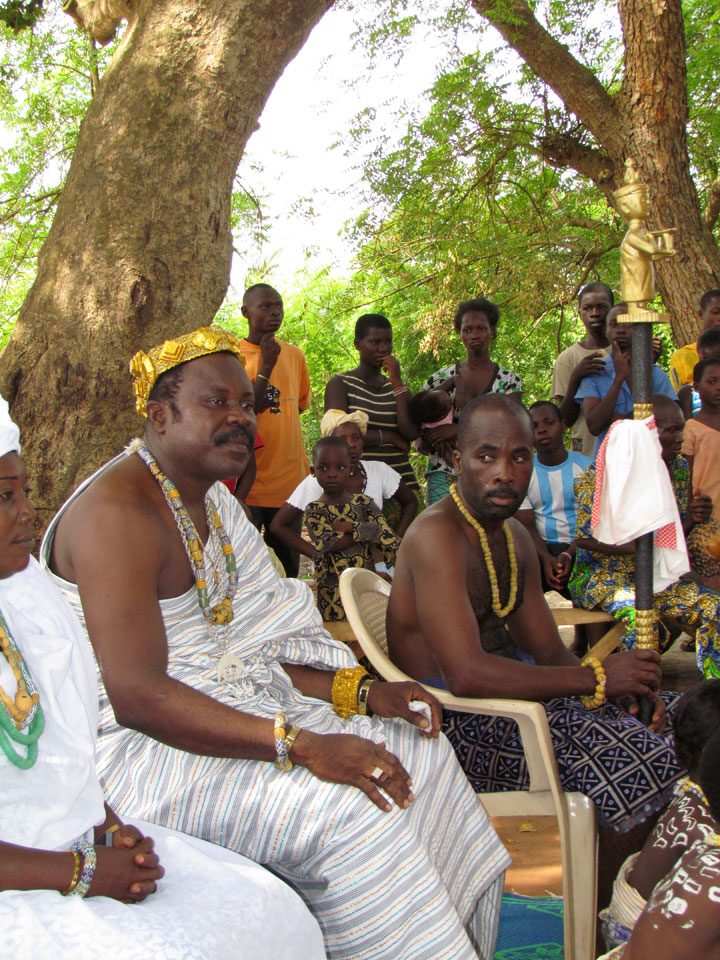 Togo's transition to democracy is stalled. Its democratic institutions remain nascent and fragile. President Gnassingbé Eyadéma, who ruled Togo under a one-party system for nearly twenty-five of his thirty-seven years in power, died of a heart attack on 5 February 2005. Gravelly ill, he was being transported by plane to a foreign country for care. He died in transit, whilst over Tunisia. Under the Togolese Constitution, the President of the Parliament, Fambaré Ouattara Natchaba, should have become President of the country, pending a new presidential election to be called within sixty days. Natchaba was out of the country, returning on an Air France plane from Paris. The Togolese army, known as Forces Armées Togolaises (FAT) - [or Togolese Armed Forces] closed the nation's borders, forcing the plane to land in nearby Benin. With an engineered power vacuum, the army announced that Eyadéma's son Faure Gnassingbé, who had been the communications minister, would succeed him. However, on 6 February 2005, the Parliament retroactively changed the Constitution, declaring that Faure would hold office for the rest of his father's term, with elections deferred until 2008. The stated justification was that Natchaba was out of the country. The parliament also moved to remove Natchaba as president and replaced him with Faure Gnassingbé, who was sworn in on 7 February 2005, despite international criticism of the succession. 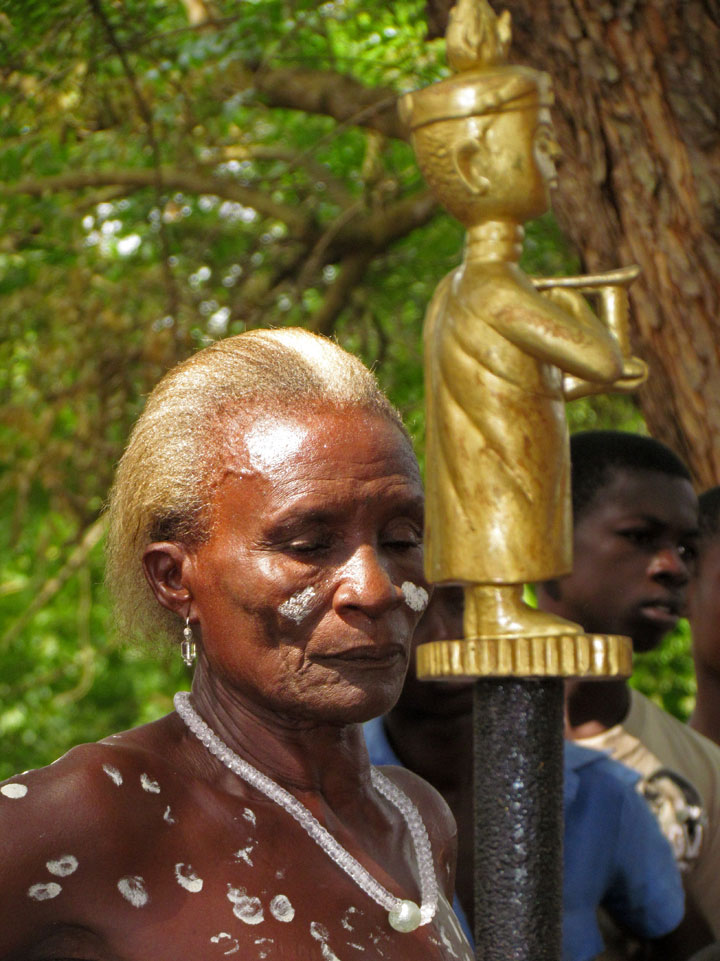 speaker for the chief carries the staff

The African Union described the takeover as a military coup d'état. International pressure came also from the United Nations. Within Togo, opposition to the takeover culminated in riots in which several hundred died. There were uprisings in many cities and towns, mainly located in the southern part of the country. In the town of Aného reports of a general civilian uprising followed by a large scale massacre by government troops went largely unreported. In response, Faure Gnassingbé agreed to hold elections and on 25 February, Gnassingbé resigned as president, but soon afterward accepted the nomination to run for the office in April. On 24 April 2005, Gnassingbé was elected President of Togo, receiving over 60% of the vote according to official results. His main rival in the race had been Robert (Bob) Akitani from the Union des Forces du Changement (UFC) [or Union of Forces for Change]. However electoral fraud was suspected, due to a lack of European Union or other independent oversight. Parliament designated Deputy President, Bonfoh Abbass, as interim president until the inauguration. 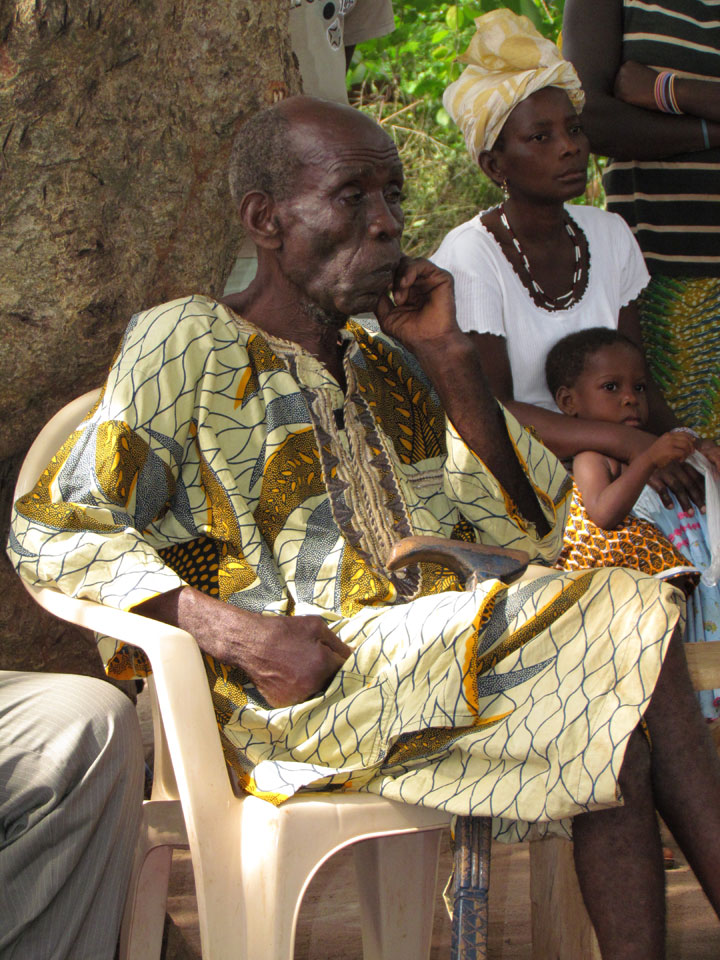 On 3 May 2005, Faure Gnassingbé was sworn in as the new president, after winning 60% of the vote, according to official results. The opposition again alleged electoral fraud, claiming the military stole ballot boxes from various polling stations in the south, and that telecommunications shutdowns were deliberately imposed to affect the results. The European Union suspended aid to Togo in support of the opposition claims, unlike the African Union and the United States which declared the vote "reasonably fair." The Nigerian president and Chair of the AU, Olusgun Ọbasanj, sought to negotiate between the incumbent government and the opposition to establish a coalition government, but rejected an AU Commission appointment of former Zambian president, Kenneth Kaunda, as special AU envoy to Togo. In June, President Gnassingbé named opposition leader Edem Kodjo as the prime Minister. 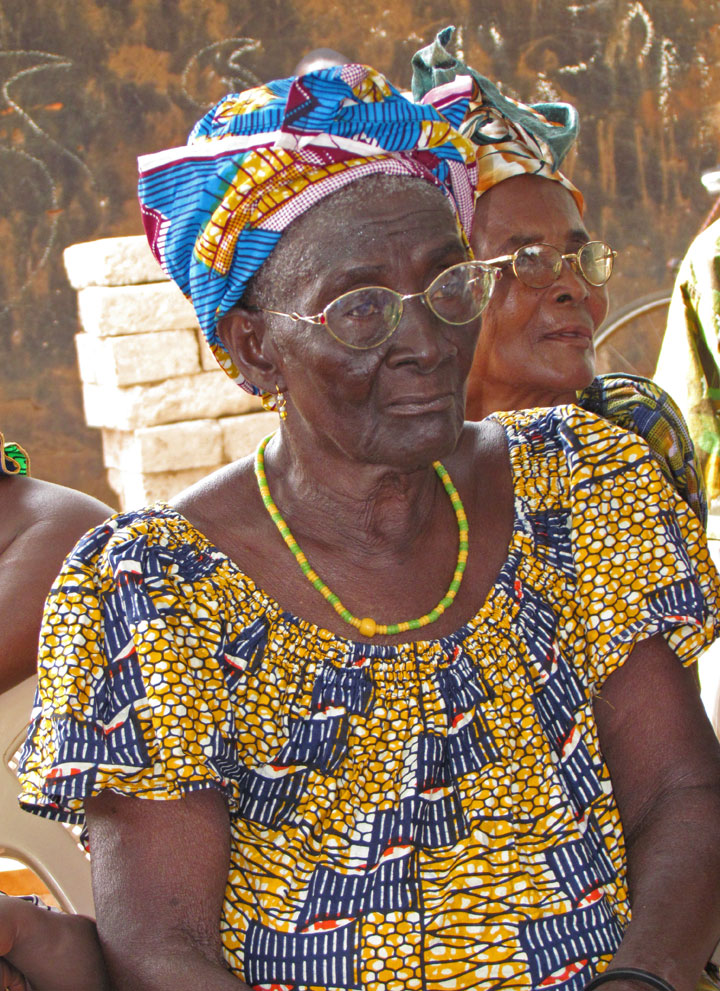 Reconciliation talks between government and opposition continued until Gnassingbé Eyadema's death in February 2005. In August both parties signed the Ouagadougou agreement calling for a transitional government to organize parliamentary elections. On 16 September, the president nominated Yaovi Agboyibor of the Action Committee for Renewal (CAR) prime minister, snubbing the major opposition party Union of the Forces of Change (UFC) which in reaction refused to join the government. Professor Léopold Gnininvi of the Democratic Convention of African Peoples (CDPA) was appointed on 20 September 2006. 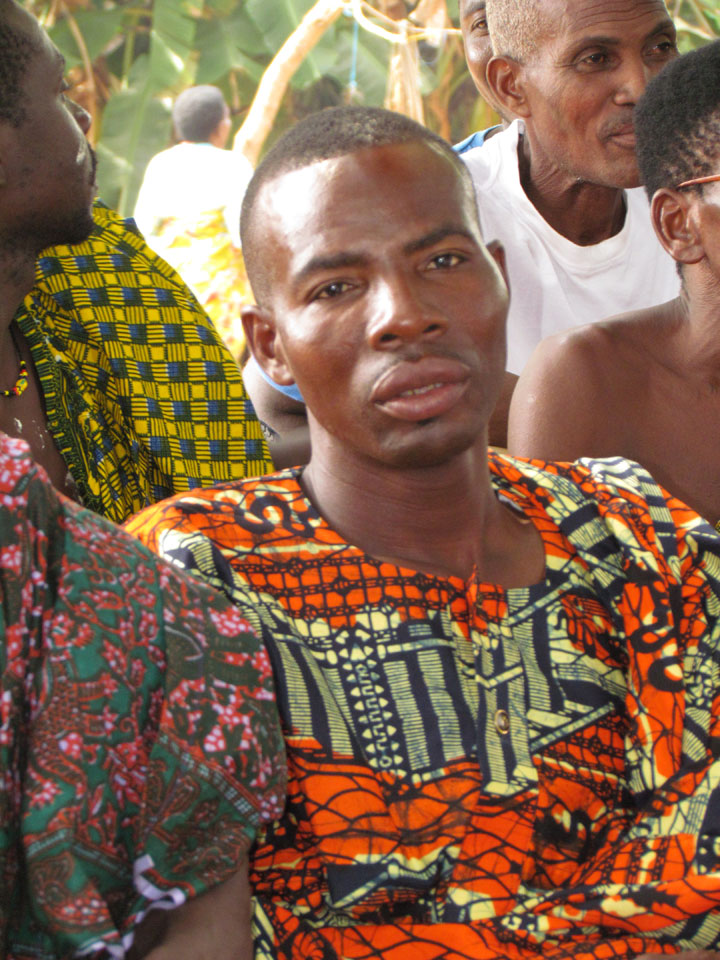 In October 2007, after several postponements, elections were held under proportional representation. This allowed the less populated north to seat as many MPs as the more populated south. The president-backed party Rally of the Togolese People (RPT) won outright majority with the UFC coming second and the other parties claiming inconsequential representation. Again vote rigging accusations were leveled at the RPT supported by the civil and military security apparatus. Despite the presence of an EU observer mission, cancelled ballots and illegal voting took place, the majority of which in RPT strongholds. The election was declared fair by the international community and praised as a model with little intimidation and few violent acts for the first time since a multiparty system was reinstated. On 3 December 2007 Komlan Mally of the RPT was appointed to prime minister succeeding Agboyibor. However, on 5 September 2008, after only 10 months in office, Mally resigned as prime minister of Togo. 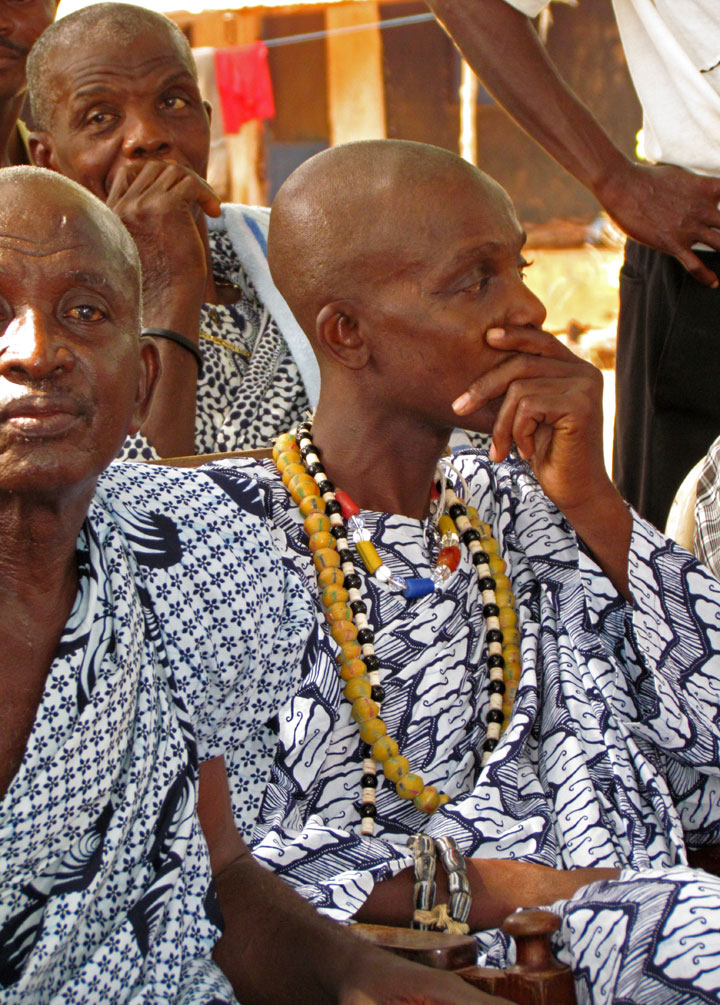 However, the presidential election of 2010 presents a different challenge with no proportional representation effect to balance for geographic location. The executive power is mainly presidential and this showdown fallout will really determine how far the country has come in terms of democratic rules. 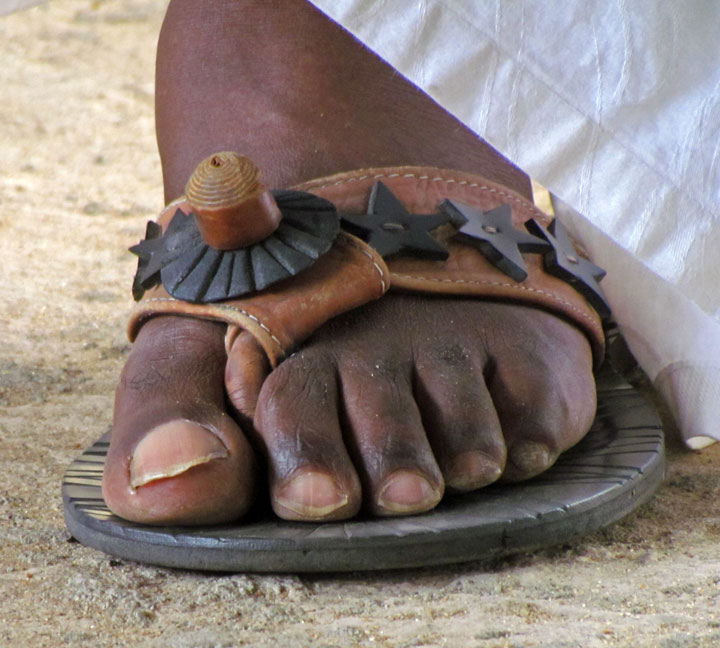