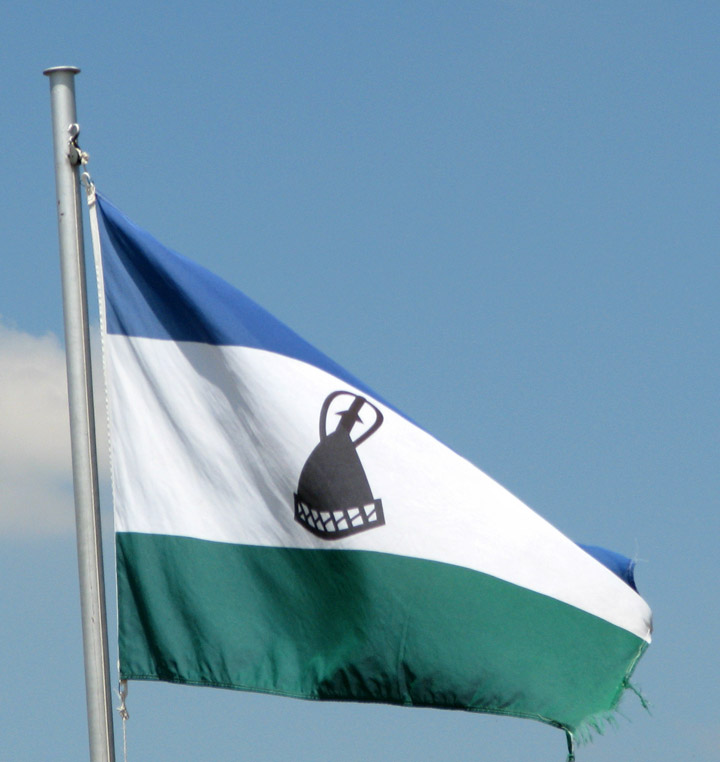 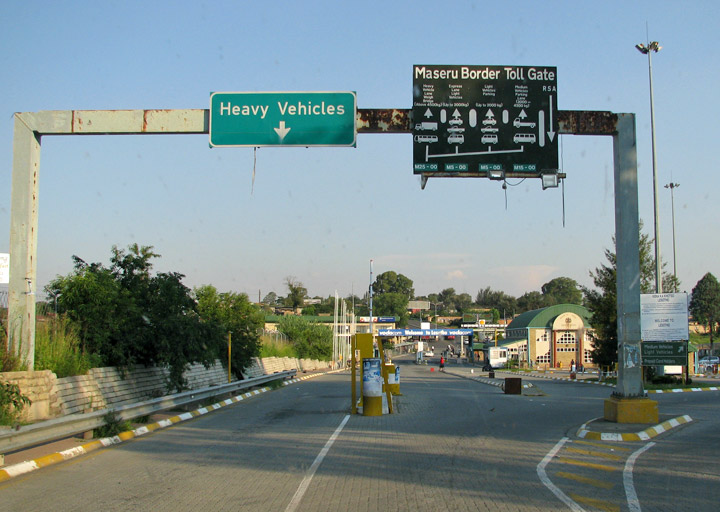 Lesotho , officially the Kingdom of Lesotho, is a land-locked country, entirely surrounded by the Republic of South Africa. Formerly Basutoland, it is a member of the Commonwealth of Nations. The name Lesotho roughly translates into "the land of the people who speak Sesotho." 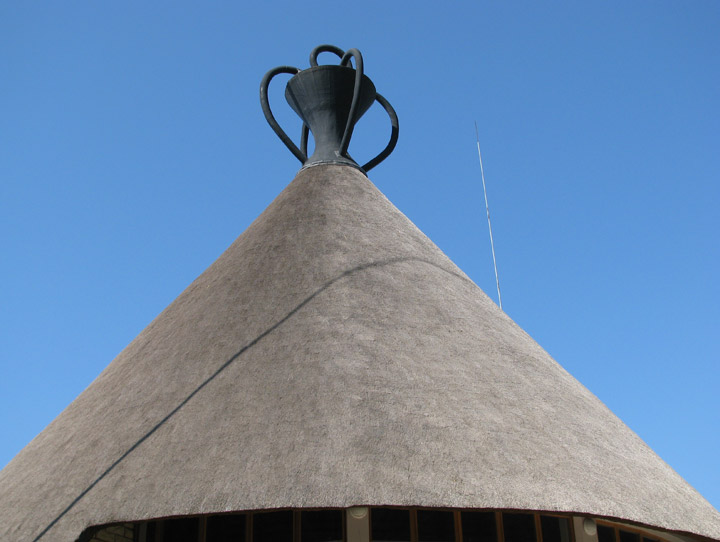 The earliest inhabitants of the area were Khoisan hunter-gatherers. They were largely replaced by Bantu-speaking tribes during Bantu migrations. 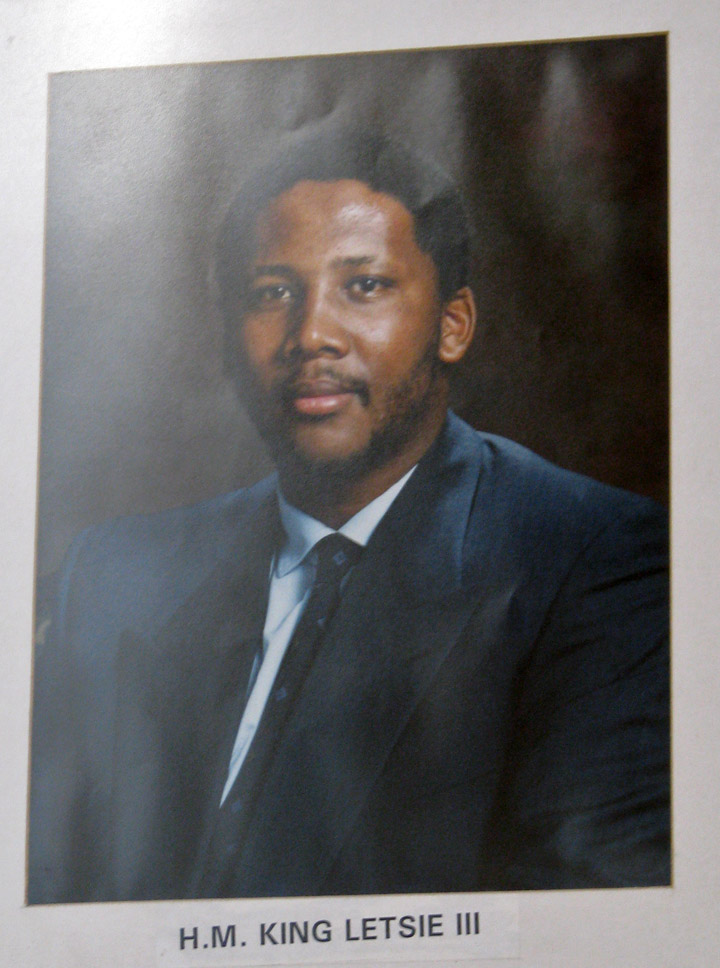 The present Lesotho emerged as a single polity under paramount chief Moshoeshoe I in 1822. It was recognized by the United Kingdom on 13 December 1843, and on 12 March 1868 became one of the High Commission Territories. On 30 April 1965 it was granted autonomy. Its name changed when Lesotho gained full independence within the Commonwealth of Nations on October 4, 1966. 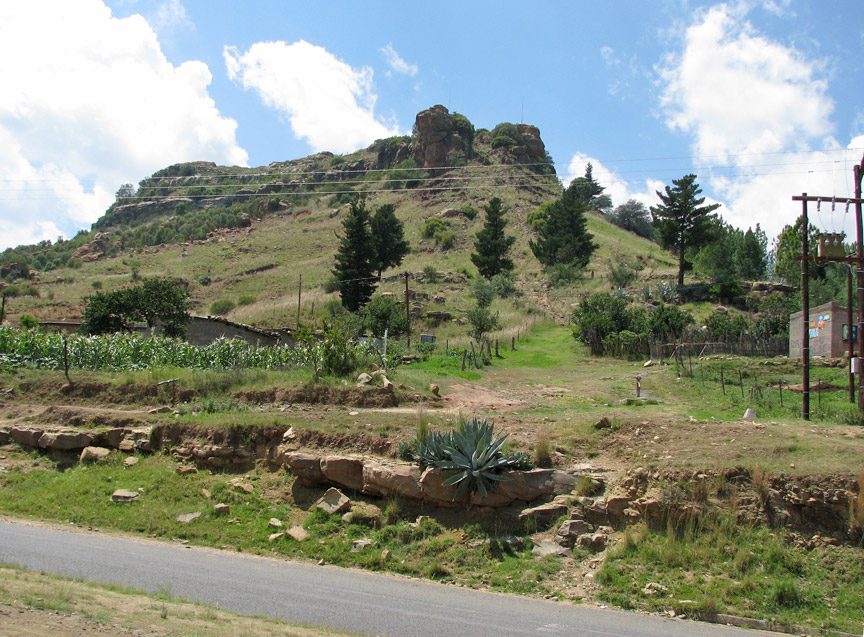 the mountain fortress where the dynasty was founded 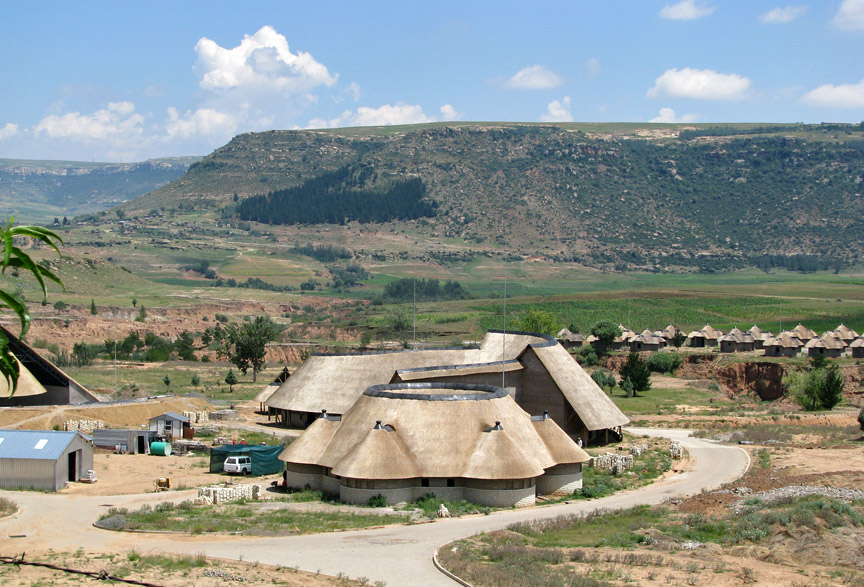 The BCP began a rebellion and then received training in Libya for its Lesotho Liberation Army (LLA) under the pretence of being Azanian People's Liberation Army (APLA) soldiers of the Pan Africanist Congress (PAC). Deprived of arms and supplies by the Sibeko faction of the PAC in 1978, the 178-strong LLA was rescued from their Tanzanian base by the financial assistance of a Maoist PAC officer but launched the guerrilla war with a handful of old weapons. The main force was defeated in northern Lesotho and later guerrillas launched sporadic but usually ineffectual attacks. The campaign was severely compromised when BCP's leader, Ntsu Mokhehle, went to Pretoria. In the early 1980s, several Basotho who sympathized with the exiled BCP were threatened with death and attacked by the government of Leabua Jonathan. In September 1981 the family of Benjamin Masilo was attacked. A few days later, Edgar Mahlomola Motuba was taken from his home and murdered. 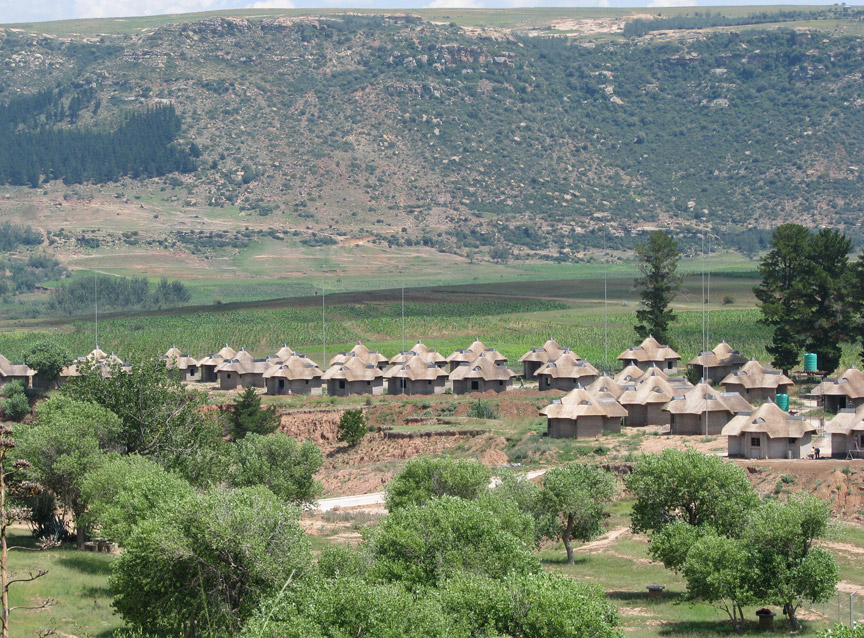 The BNP ruled by decree until January 1986 when a military coup forced it out of office. The Military Council that came to power granted executive powers to King Moshoeshoe II, who was until then a ceremonial monarch. But in 1987 the King was forced into exile after a falling out with the army. His son was installed as King Letsie III. 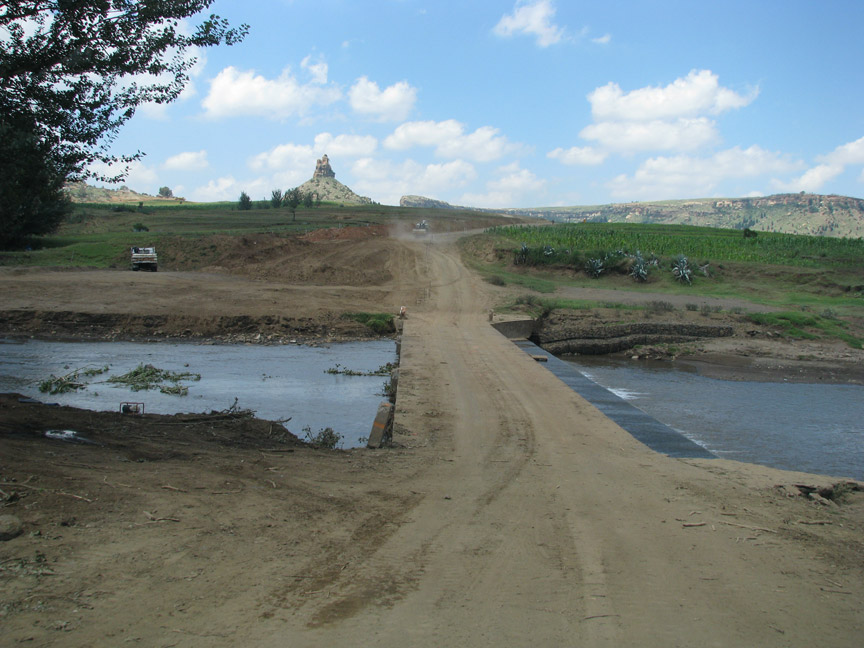 The chairman of the military junta, Major General Justin Metsing Lekhanya, was ousted in 1991 and replaced by Major General Elias Phisoana Ramaema, who handed over power to a democratically elected government of the BCP in 1993. Moshoeshoe II returned from exile in 1992 as an ordinary citizen. After the return to democratic government, King Letsie III tried unsuccessfully to persuade the BCP government to reinstate his father (Moshoeshoe II) as head of state. 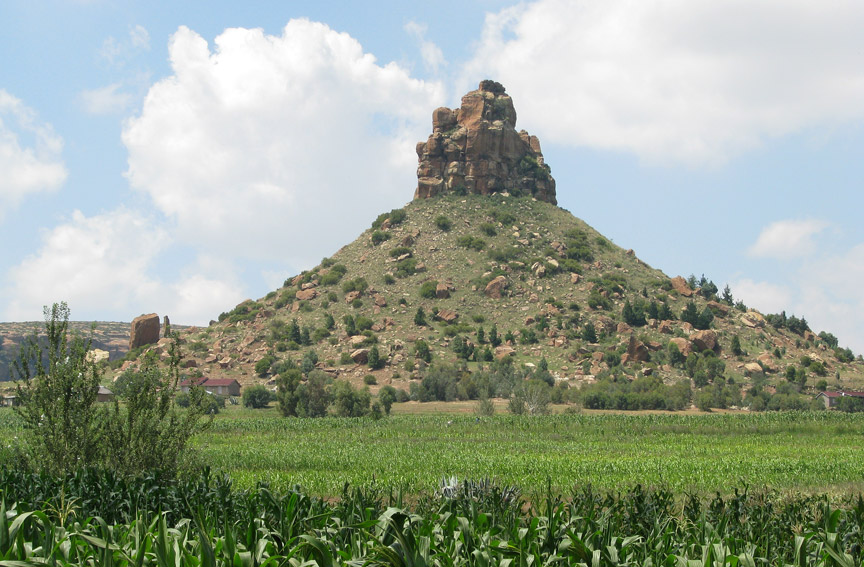 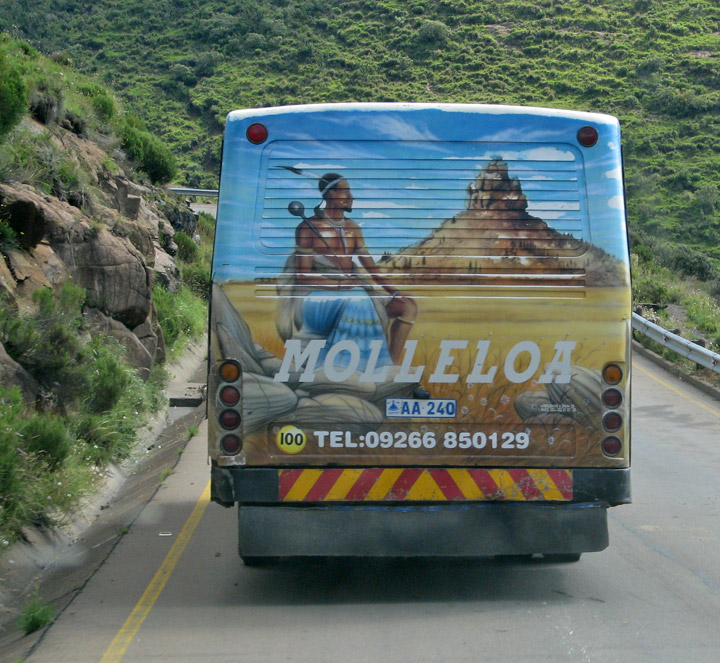 In 1997, the ruling BCP split over leadership disputes. Prime Minister Ntsu Mokhehle formed a new party, the Lesotho Congress for Democracy (LCD), and was followed by a majority of Members of Parliament, which enabled him to form a new government. Pakalitha Mosisili succeeded Mokhehle as party leader and the LCD won the general elections in 1998. Although the elections were pronounced free and fair by local and international observers and a subsequent special commission appointed by SADC, the opposition political parties rejected the results. 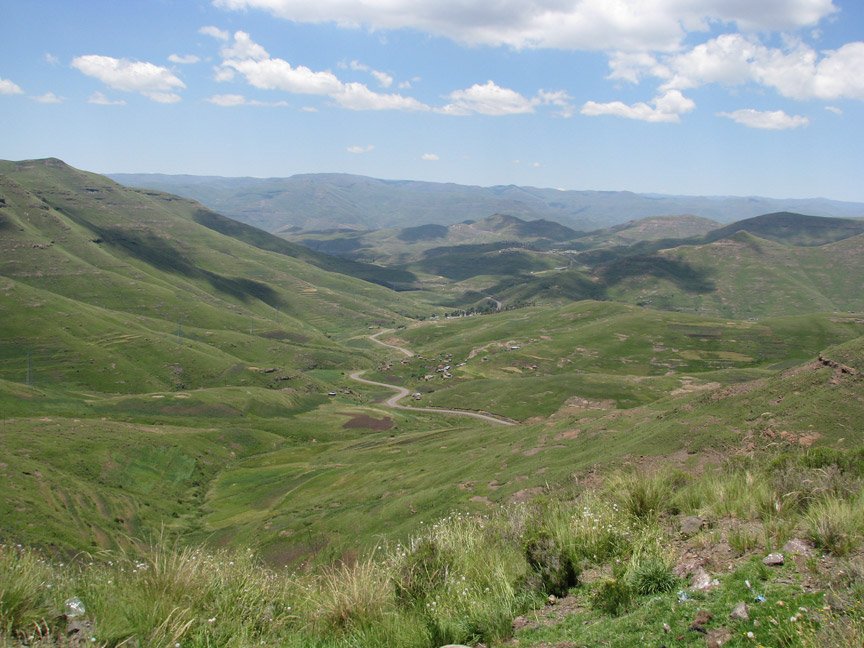 Opposition protests in the country intensified, culminating in a peaceful demonstration outside the royal palace in August 1998. Exact details of what followed are greatly disputed and it remain contested even within South Africa, but in September that year, a SADC task force operating on orders of unclear provenance entered the capital Maseru. While the Botswana Defence Force troops were welcomed, tensions with South African National Defence Force troops were high, resulting in fighting. Incidences of sporadic rioting intensified when South African troops hoisted a South African flag over the Royal Palace. By the time the SADC forces withdrew in May 1999, much of Maseru lay in ruins, and the southern provincial capital towns of Mafeteng and Mohale's Hoek had seen the loss of over a third of their commercial real estate. A number of South Africans and Basotho also died in the fighting. 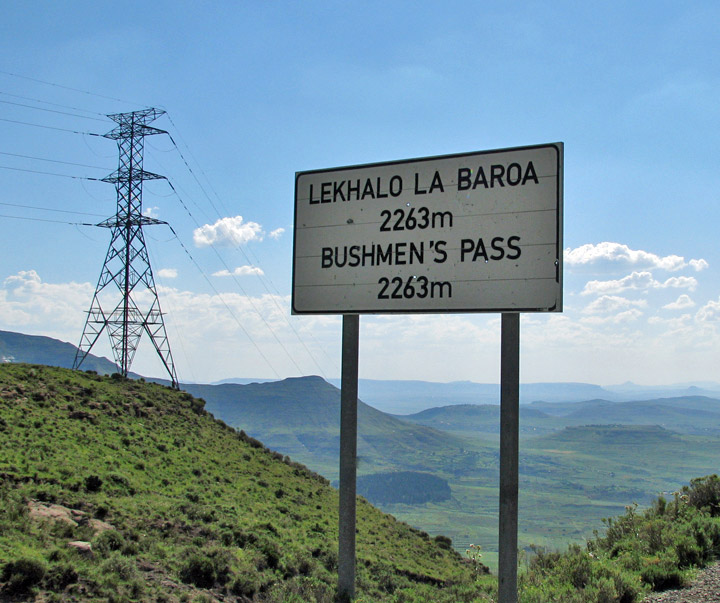 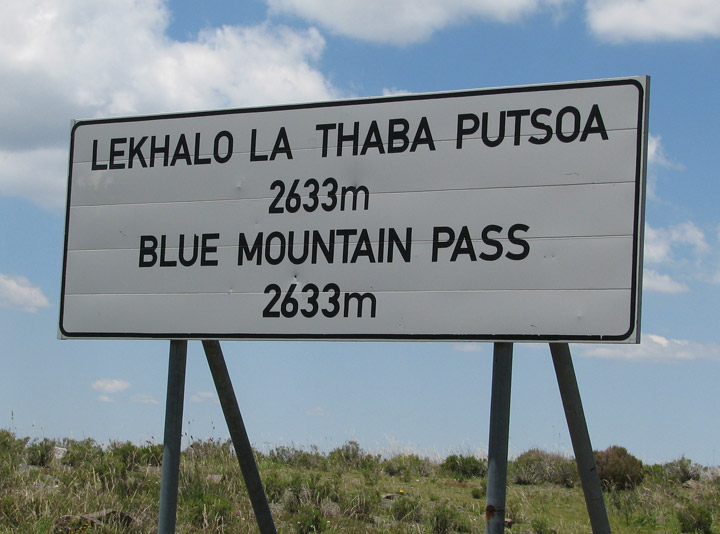 An Interim Political Authority (IPA), charged with reviewing the electoral structure in the country, was created in December 1998. The IPA devised a proportional electoral system to ensure that the opposition would be represented in the National Assembly. The new system retained the existing 80 elected Assembly seats, but added 40 seats to be filled on a proportional basis. Elections were held under this new system in May 2002, and the LCD won again, gaining 54% of the vote. But for the first time, opposition political parties won significant numbers of seats, and despite some irregularities and threats of violence from Major General Lekhanya, Lesotho experienced its first peaceful election. Nine opposition parties now hold all 40 of the proportional seats, with the BNP having the largest share. The LCD has 79 of the 80 constituency-based seats. Although its elected members participate in the National Assembly, the BNP has launched several legal challenges to the elections, including a recount; none has been successful. 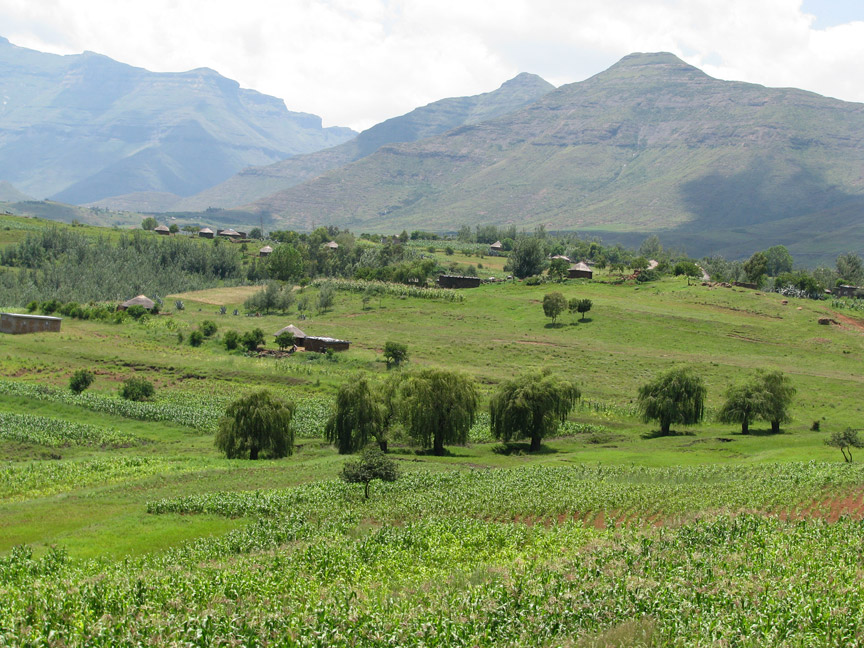 The Lesotho Government is a constitutional monarchy. The Prime Minister, Pakalitha Bethuel Mosisili, is head of government and has executive authority. The king serves a largely ceremonial function; he no longer possesses any executive authority and is proscribed from actively participating in political initiatives. 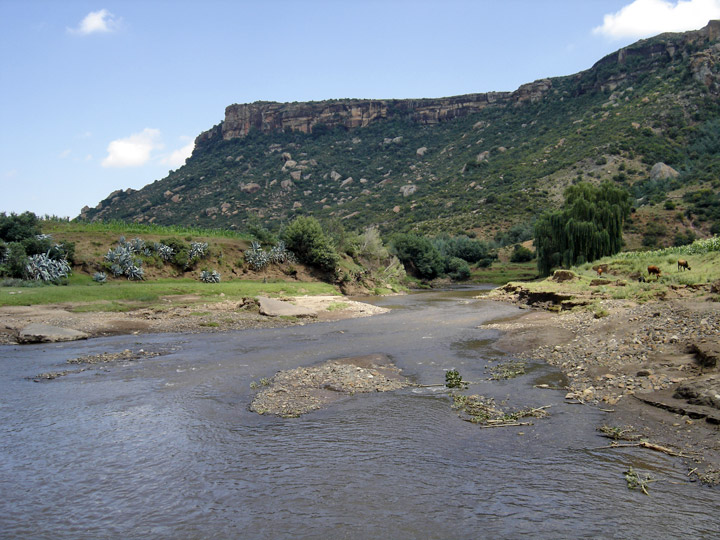 The Lesotho Congress for Democracy (LCD) controls a majority in the National Assembly (the lower house of parliament) with 62 seats. The All Basotho Convention (ABC), a party formed shortly before the poll under the leadership of former foreign minister Tom Thabane, is the main opposition. The Basotho National Party (BNP), the Alliance of Congress Parties (ACP) and the newly formed Basotho Batho Democratic Party (BBDP) and the Basotho Democratic National Party (BDNP) Lesotho are among the other five opposition parties represented. 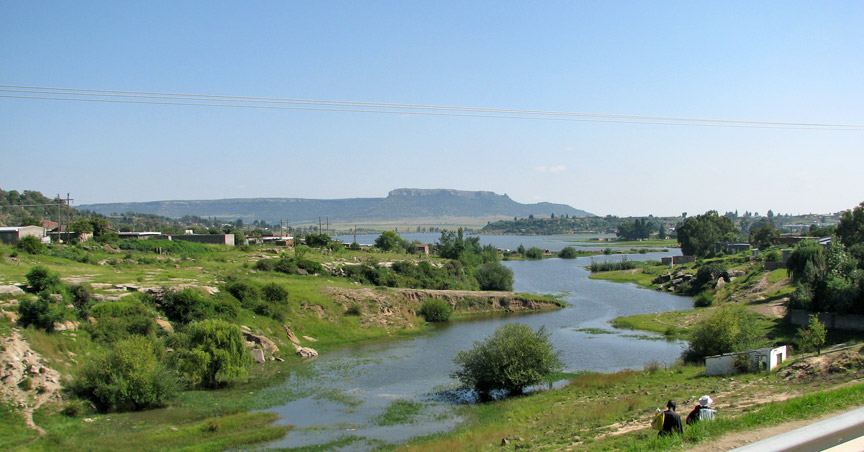 The ABC has brought a dramatic change in the Lesotho's politics, due to it having won 17, mainly urban, seats out of 80 Constituency seats, only a few months after it was formed in September 2006. Of the 40 Proportional Representation (PR) seats, the National Independent Party (NIP), a parliamentary ally of the ruling party, has the highest number of seats at 21. The Lesotho Workers Party has the next highest number of proportional seats with 10. The BNP is the opposition party with the biggest loss in the February 2007 election with its representation reduced from 21 to 3 seats. A total of 12 political parties are represented in the 120-member parliament. 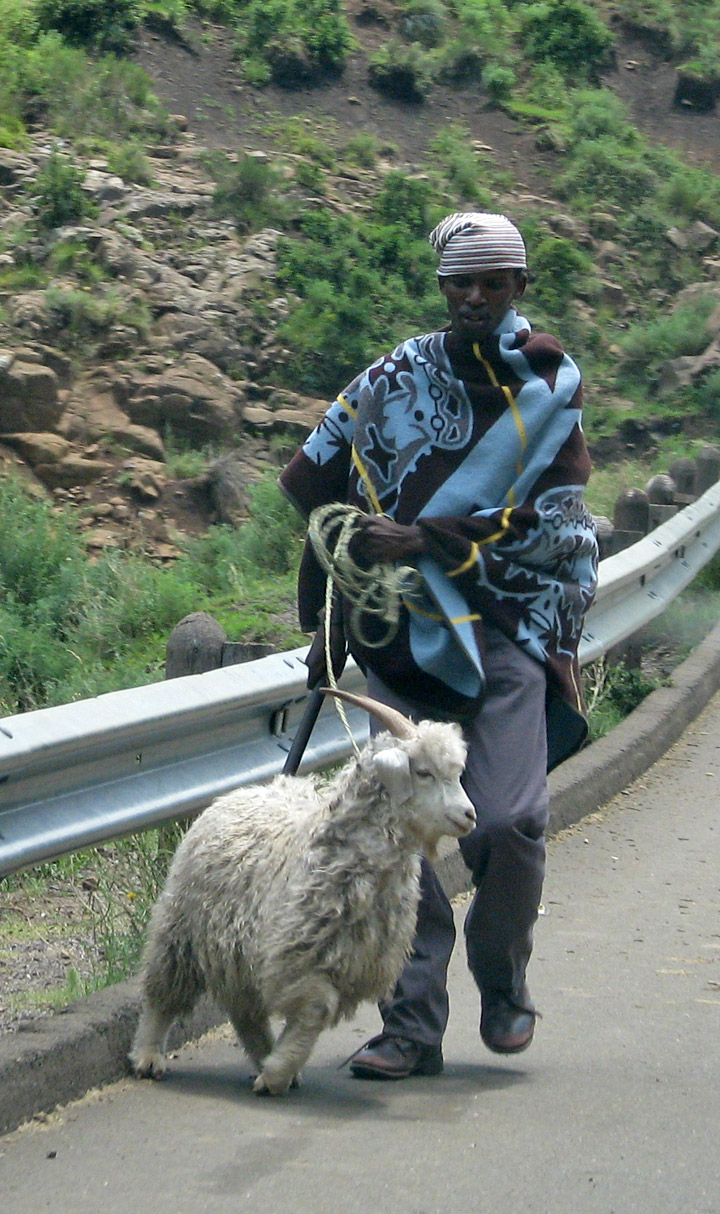 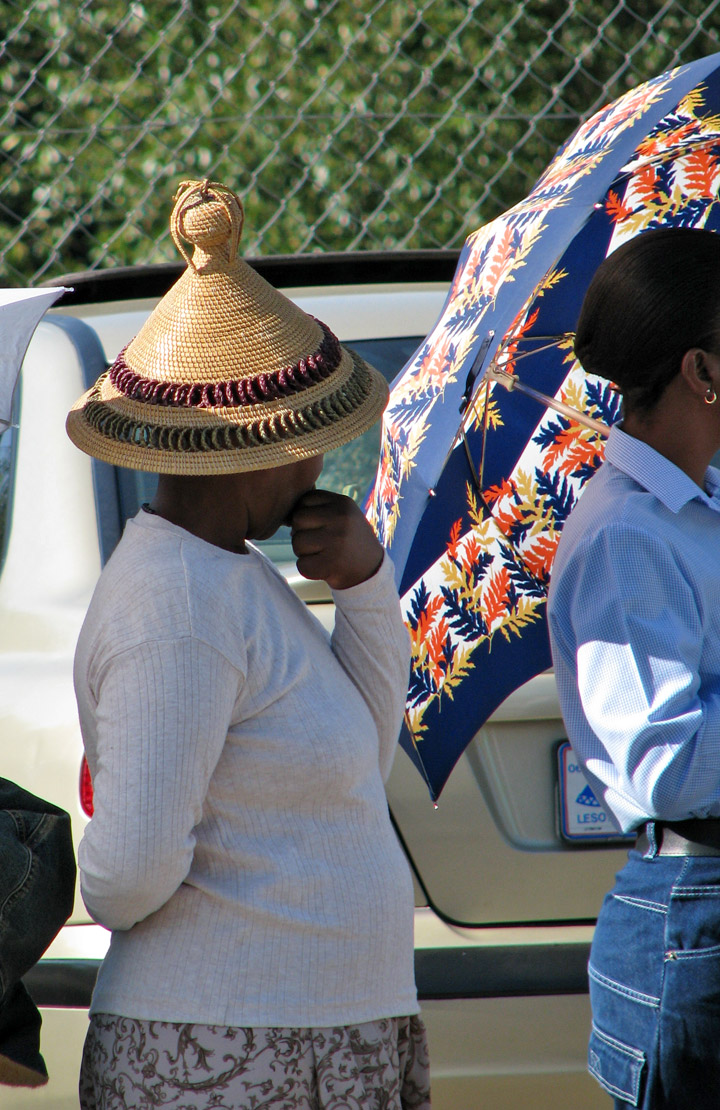 The upper house of parliament, called the Senate, is composed of twenty-two principal chiefs whose membership is hereditary, and eleven appointees of the king, acting on the advice of the prime minister. 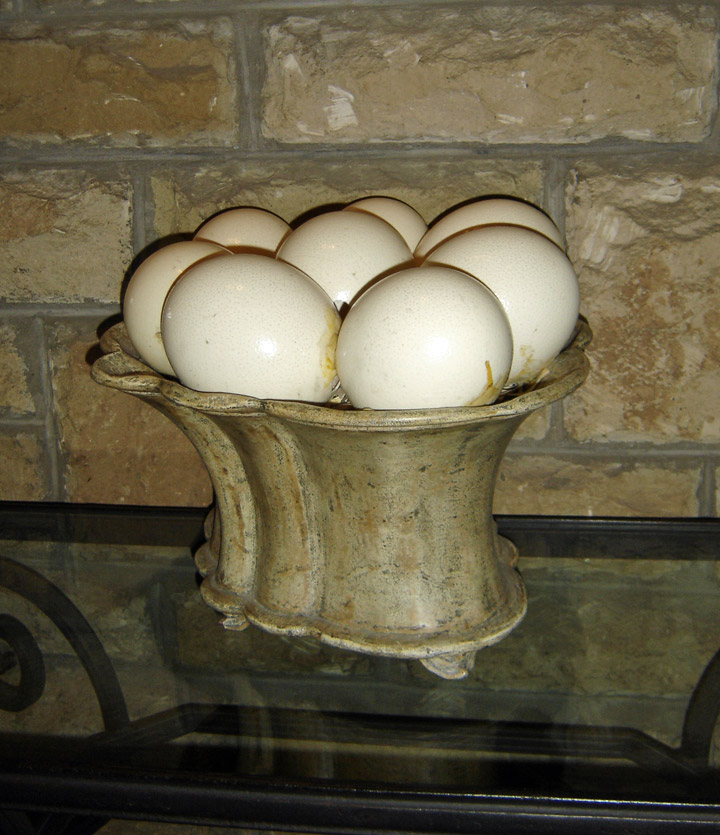 The constitution provides for an independent judicial system, made up of the High Court, the Court of Appeal, Magistrate's Courts, and traditional courts that exist predominantly in rural areas. All but one of the Justices on the Court of Appeal are South African jurists. There is no trial by jury; rather, judges make rulings alone, or, in the case of criminal trials, with two other judges as observers. 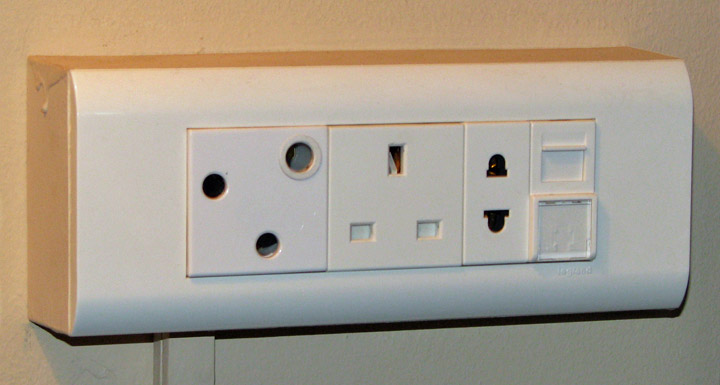 How to carry a Baby in three Blankets 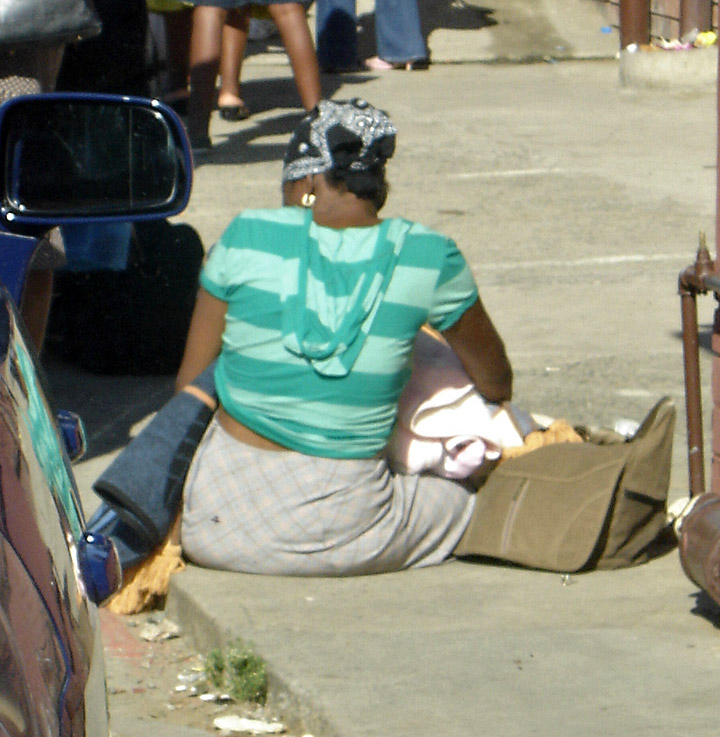 wrap baby in the pink blanket 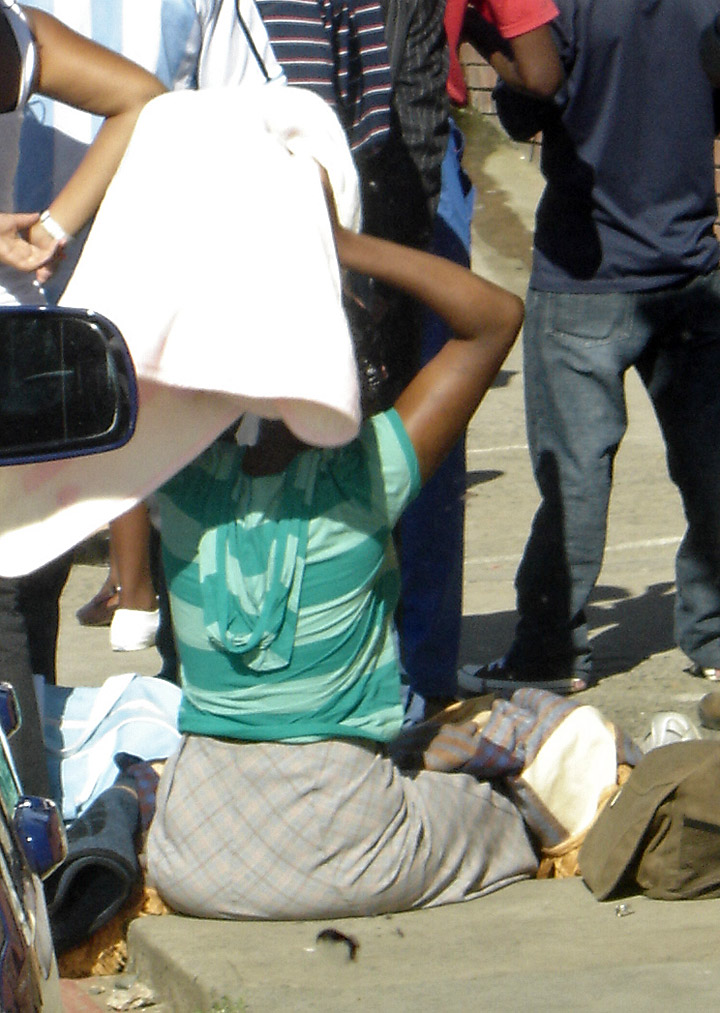 lift baby over your head onto your back 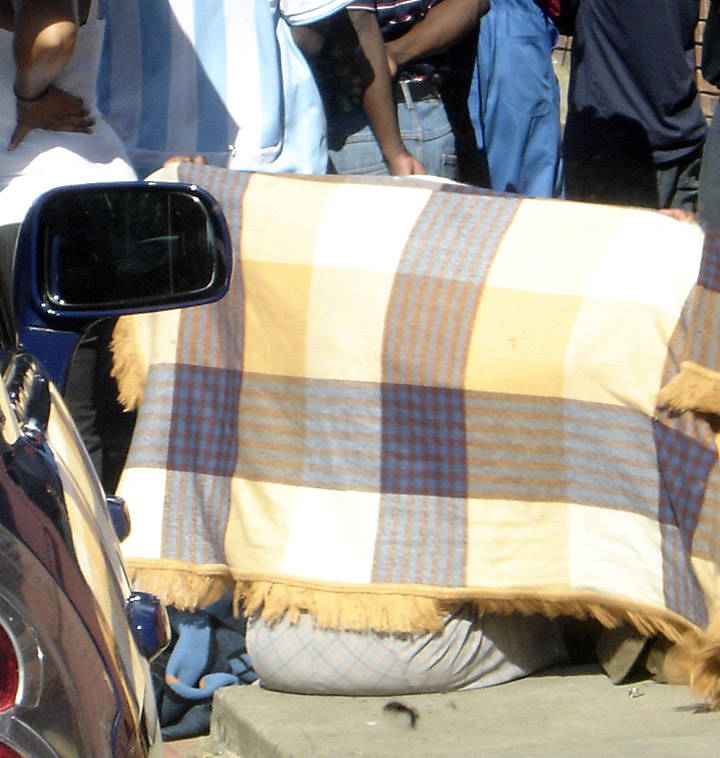 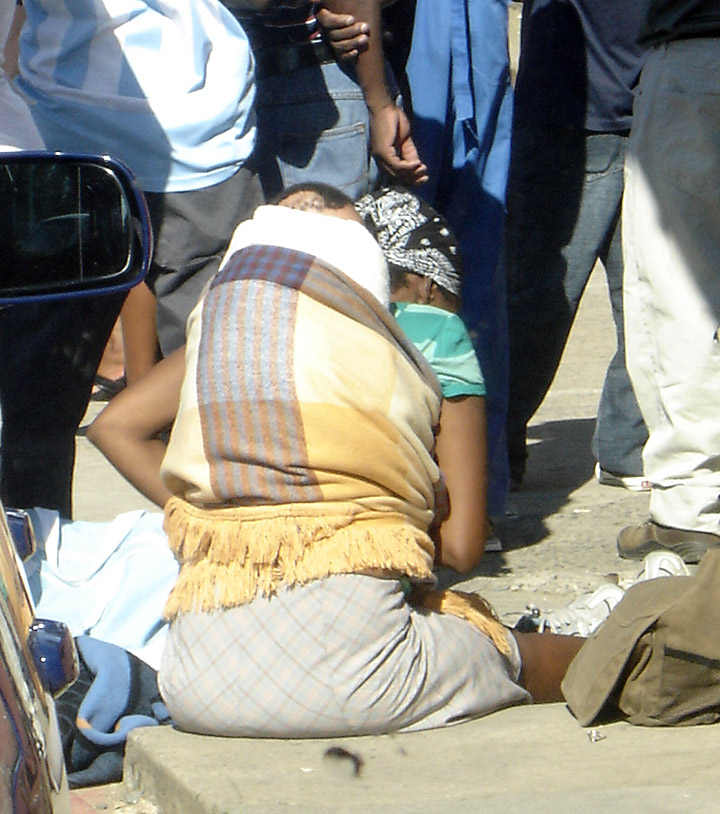 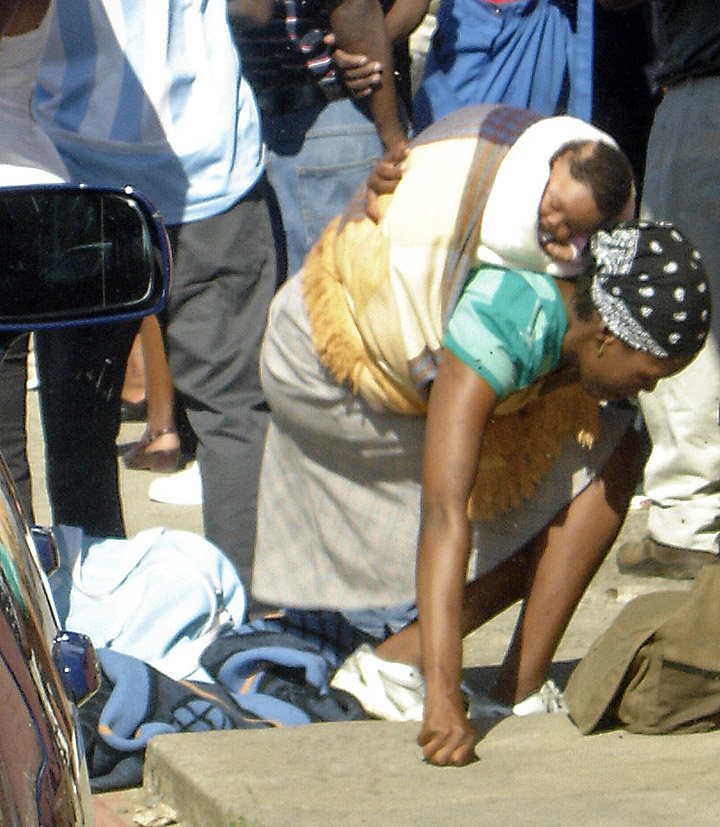 try to stand up without waking baby 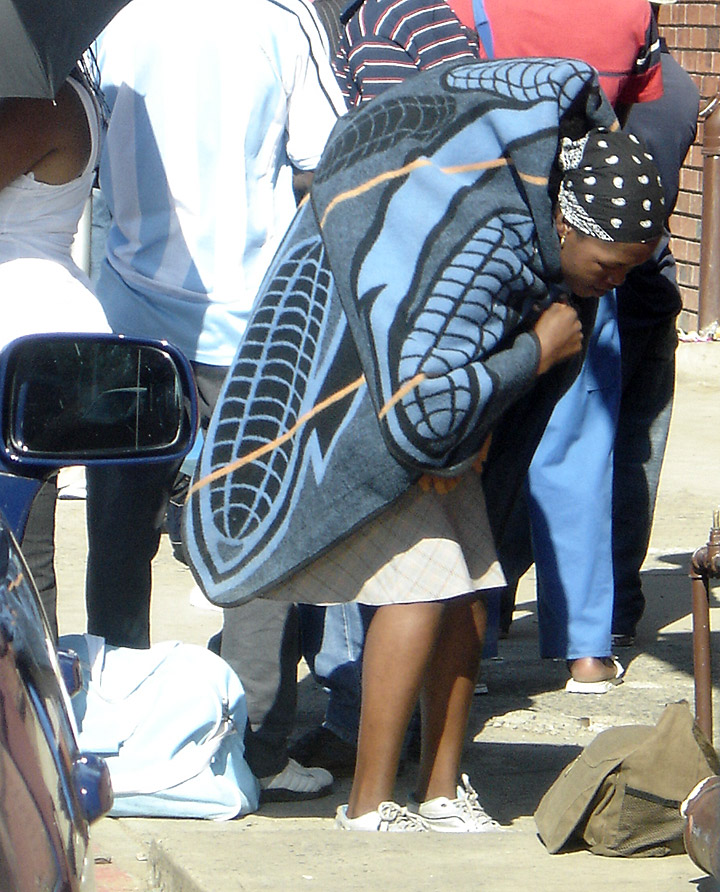 place outer blanket over the baby and on your way