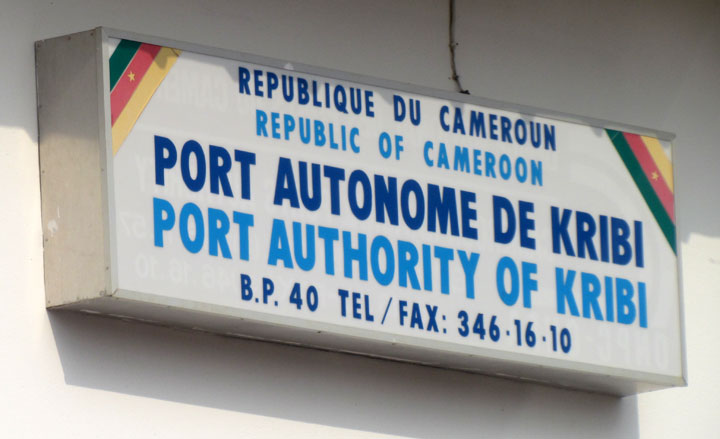 port of Kribi
Republic of Cameroun

The Republic of Cameroon (French: République du Cameroun) is a country of central and western Africa. It is bordered by Nigeria to the west; Chad to the northeast; the Central African Republic to the east; and Equatorial Guinea, Gabon, and the Republic of the Congo to the south. Cameroon's coastline lies on the Bight of Bonny, part of the Gulf of Guinea and the Atlantic Ocean. The country is called "Africa in miniature" for its geological and cultural diversity. Natural features include beaches, deserts, mountains, rainforests, and savannas. The highest point is Mount Cameroon in the southwest, and the largest cities are Douala, Yaoundé, and Garoua. Cameroon is home to over 200 different linguistic groups. The country is well known for its native styles of music, particularly makossa and bikutsi, and for its successful national football team. English and French are the official languages. 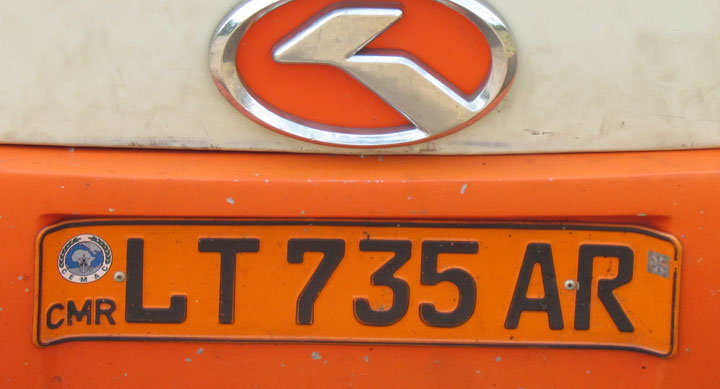 Early inhabitants of the territory included the Sao civilisation around Lake Chad and the Baka hunter-gatherers in the southeastern rainforest. Portuguese explorers reached the coast in the 15th century and named the area Rio dos Camarões ("River of Shrimp"), the name from which Cameroon derives. Fulani soldiers founded the Adamawa Emirate in the north in the 19th century, and various ethnic groups of the west and northwest established powerful chiefdoms and fondoms. Cameroon became a German colony in 1884. 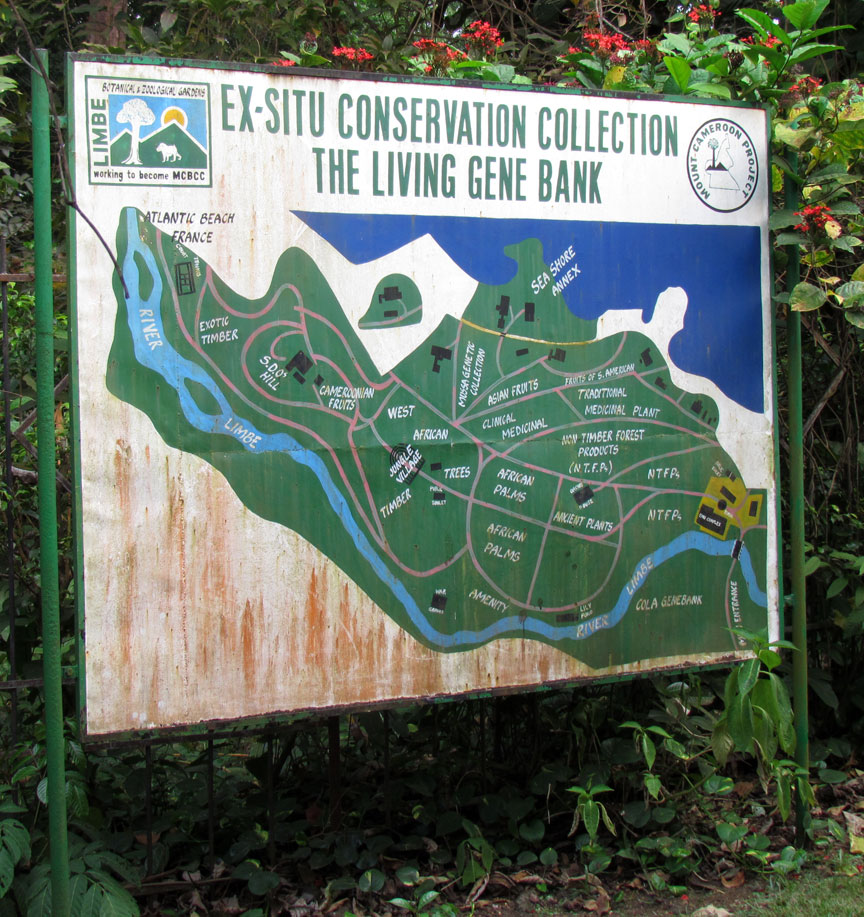 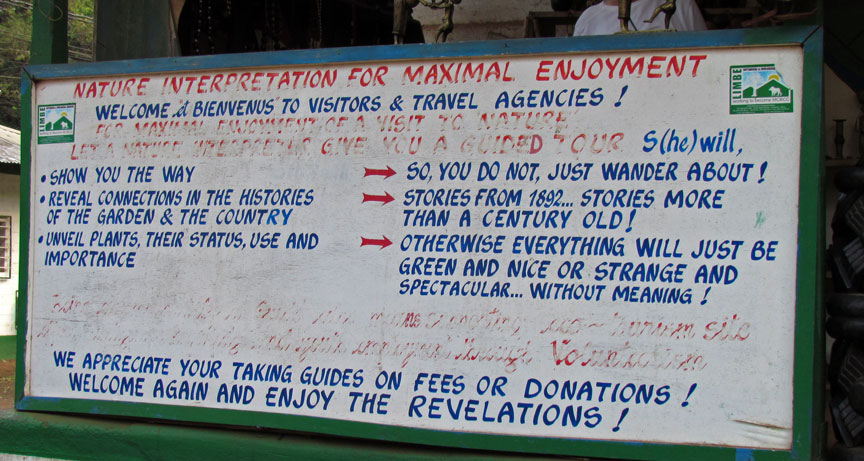 guide for fee or donation

Compared to other African countries, Cameroon enjoys relatively high political and social stability. This has permitted the development of agriculture, roads, railways, and large petroleum and timber industries. Nevertheless, large numbers of Cameroonians live in poverty as subsistence farmers. Power lies firmly in the hands of the authoritarian president since 1982, Paul Biya, and his Cameroon People's Democratic Movement party. The English speaking territories of Cameroon have grown increasingly alienated from the government, and politicians from those regions have called for greater decentralization and even the secession (e.g.: the Southern Cameroons National Council) of the former British-governed territories. 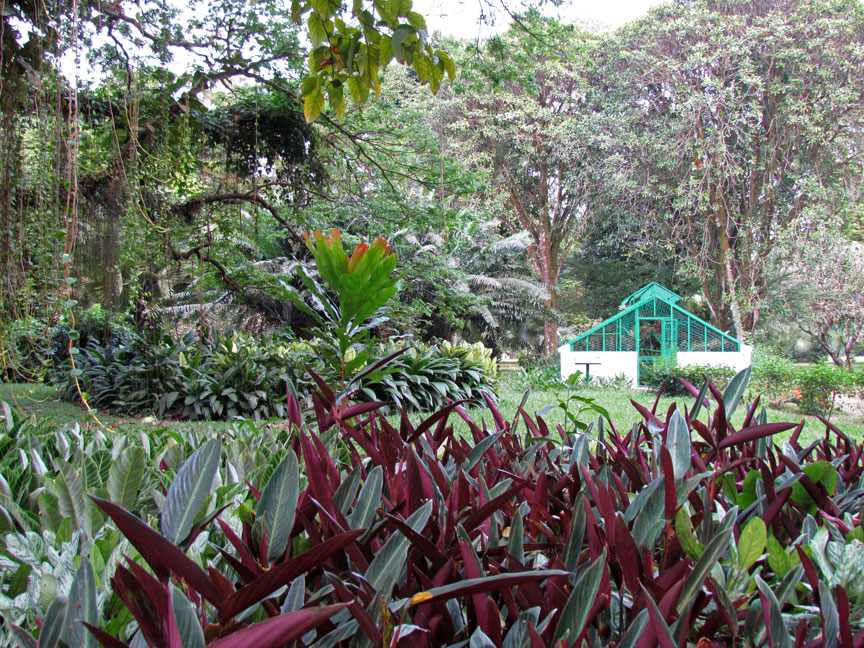 The territory of present day Cameroon was first settled during the Neolithic. The longest continuous inhabitants are groups such as the Baka. The Sao culture arose around Lake Chad c. AD 500 and gave way to the Kanem and its successor state, the Bornu empire. Kingdoms, fondoms, and chiefdoms arose in the west. 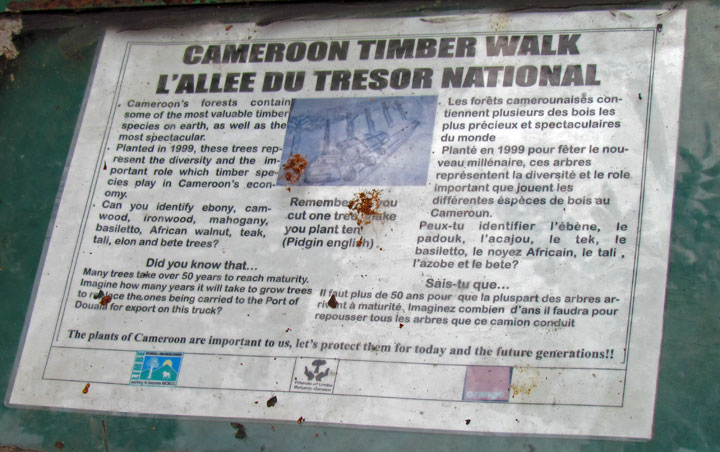 Portuguese sailors reached the coast in 1472. They noted an abundance of the mud lobster Lepidophthalmus turneranus in the Wouri River and named it Rio dos Camarões, Portuguese for "River of Shrimp", and the phrase from which Cameroon is derived. Over the following few centuries, European interests regularised trade with the coastal peoples, and Christian missionaries pushed inland. In the early 19th century, Modibo Adama led Fulani soldiers on a jihad in the north against non-Muslim and partially Muslim peoples and established the Adamawa Emirate. Settled peoples who fled the Fulani caused a major redistribution of population. 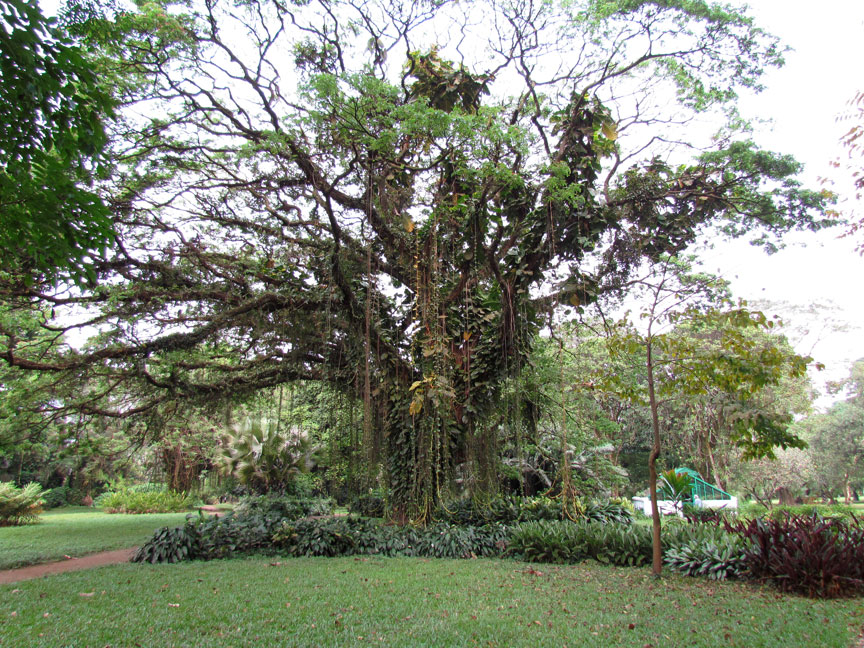 The German Empire claimed the territory as the colony of Kamerun in 1884 and began a steady push inland. They initiated projects to improve the colony's infrastructure, relying on a harsh system of forced labour. With the defeat of Germany in World War I, Kamerun became a League of Nations mandate territory and was split into French Cameroun and British Cameroons in 1919. France integrated the economy of Cameroun with that of France and improved the infrastructure with capital investments, skilled workers, and continued forced labor. 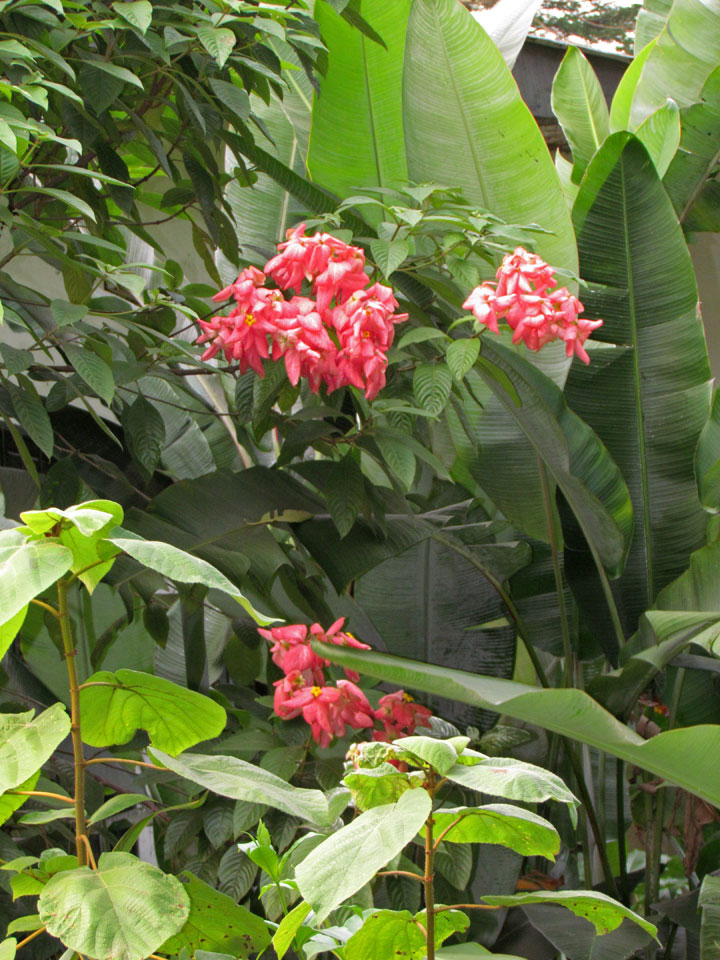 The British administered their territory from neighbouring Nigeria. Natives complained that this made them a neglected "colony of a colony". Nigerian migrant workers flocked to Southern Cameroons, ending forced labour but angering indigenous peoples. The League of Nations mandates were converted into United Nations Trusteeships in 1946, and the question of independence became a pressing issue in French Cameroun. France outlawed the most radical political party, the Union des Populations du Cameroun (UPC), on 13 July 1955. This prompted a long guerrilla war and the assassination of the party's leader, Ruben Um Nyobé while on a trip in Switzerland. In British Cameroons, the question was whether to reunify with French Cameroun or join Nigeria. 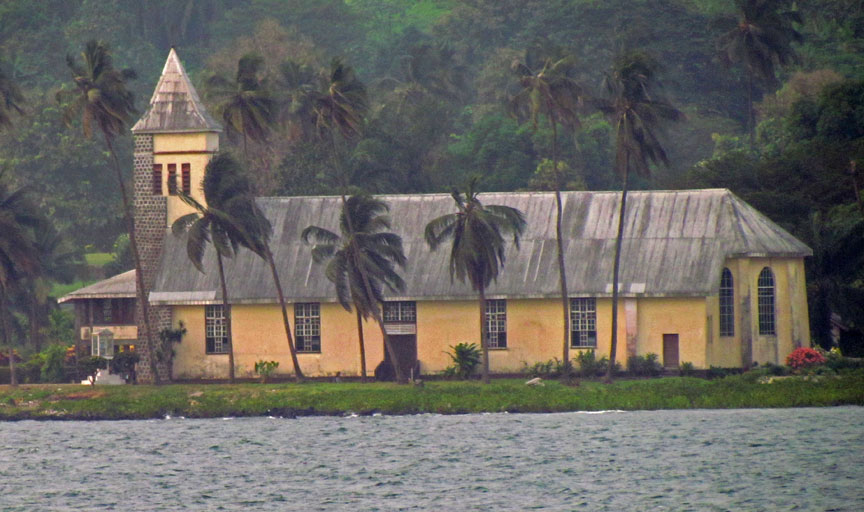 On 1 January 1960 at 2:30am, French Cameroun gained independence from France under President Ahmadou Ahidjo. On 1 October 1961, the formerly British Southern Cameroons united with French Cameroun to form the Federal Republic of Cameroon. Ahidjo used the ongoing war with the UPC to concentrate power in the presidency, continuing with this even after the suppression of the UPC in 1971. 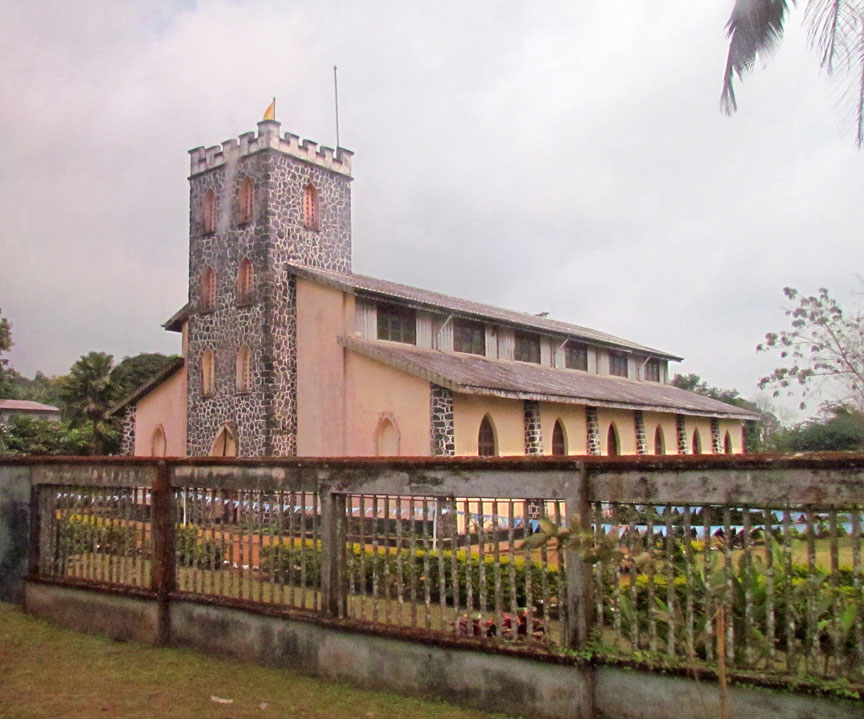 His political party, the Cameroon National Union (CNU), became the sole legal political party on 1 September 1966 and in 1972, the federal system of government was abolished in favour of a United Republic of Cameroon, headed from Yaoundé. Ahidjo pursued an economic policy of planned liberalism, prioritising cash crops and petroleum exploitation. The government used oil money to create a national cash reserve, pay farmers, and finance major development projects; however, many initiatives failed when Ahidjo appointed unqualified allies to direct them. 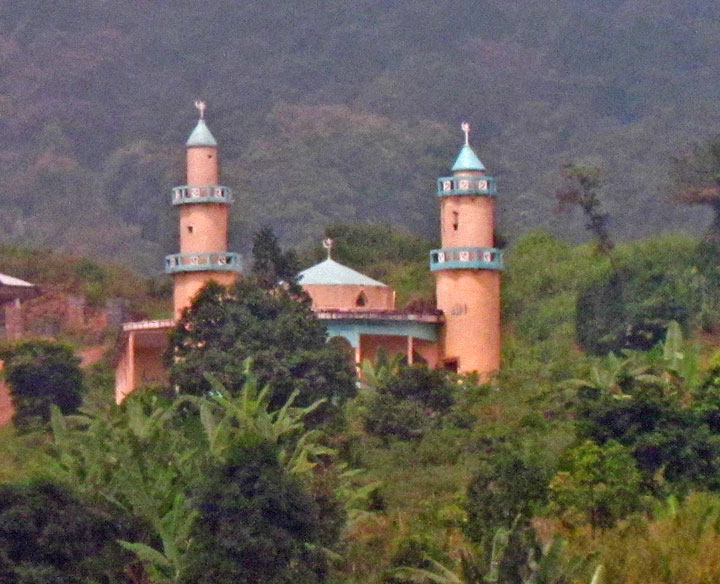 Ahidjo stepped down on 4 November 1982 and left power to his constitutional successor, Paul Biya. However, Ahidjo remained in control of the CNU and tried to run the country from behind the scenes until Biya and his allies pressured him into resigning. Biya began his administration by moving toward a more democratic government, but a failed coup d'état nudged him toward the leadership style of his predecessor. 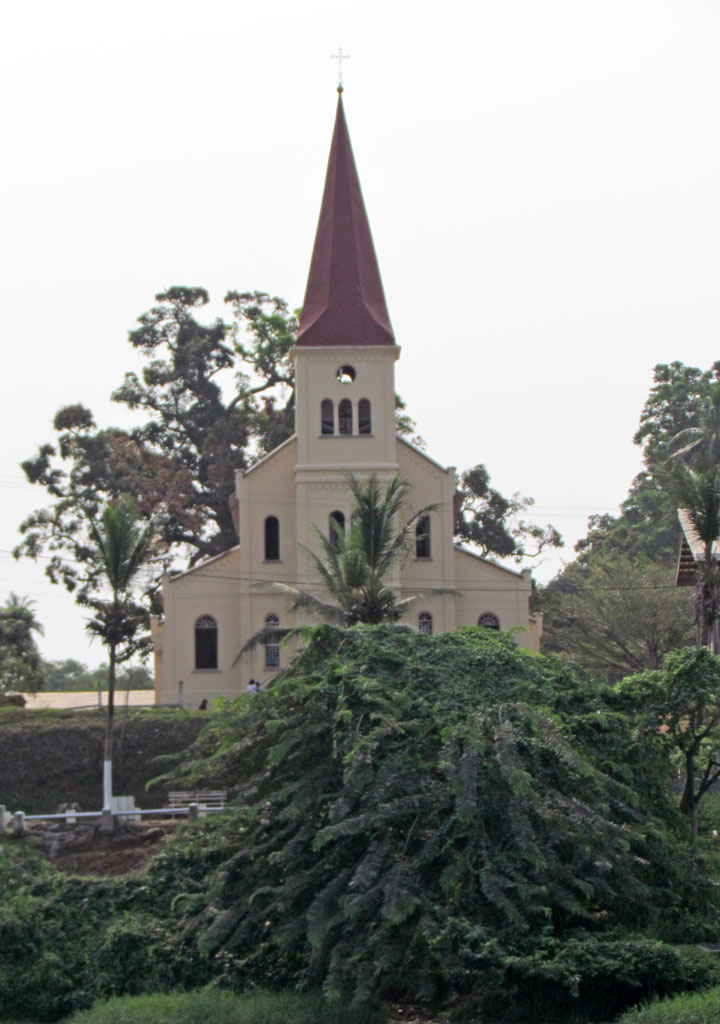 An economic crisis took effect in the mid-1980s to late 1990s as a result of international economic conditions, drought, falling petroleum prices, and years of corruption, mismanagement, and cronyism. Cameroon turned to foreign aid, cut government spending, and privatised industries. With the reintroduction of multi-party politics in December 1990, the former British Cameroons pressure groups called for greater autonomy, with some (SCNC) advocating complete secession as the Republic of Ambazonia. In February 2008, Cameroon experienced its worst violence in 15 years when a transport union strike in Douala escalated into violent protests in 31 municipal areas. 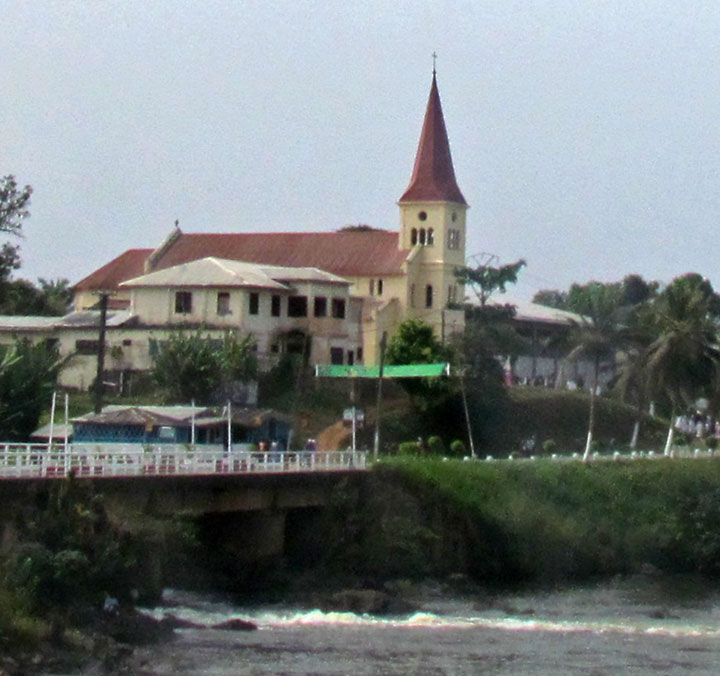 The President of Cameroon has broad, unilateral powers to create policy, administer government agencies, command the armed forces, negotiate and ratify treaties, and declare a state of emergency. The president appoints government officials at all levels, from the prime minister (considered the official head of government), to the provincial governors, divisional officers, and urban-council members in large cities. The president is selected by popular vote every seven years. In smaller municipalities, the public elects mayors and councilors. 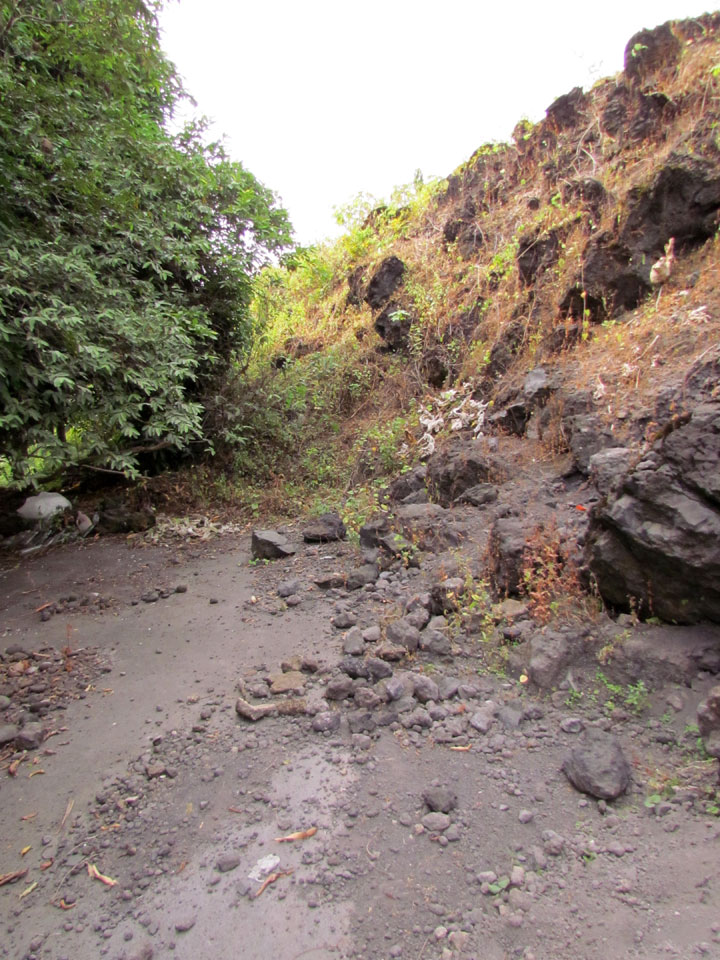 lava flow over the road

Corruption is rife at all levels of government. In 1997, Cameroon established anti-corruption bureaus in 29 ministries, but only 25% became operational, and in 2007, Transparency International placed Cameroon at number 138 on a list of 163 countries ranked from least to most corrupt. On 18 January 2006, Biya initiated an anti-corruption drive under the direction of the National Anti-Corruption Observatory. 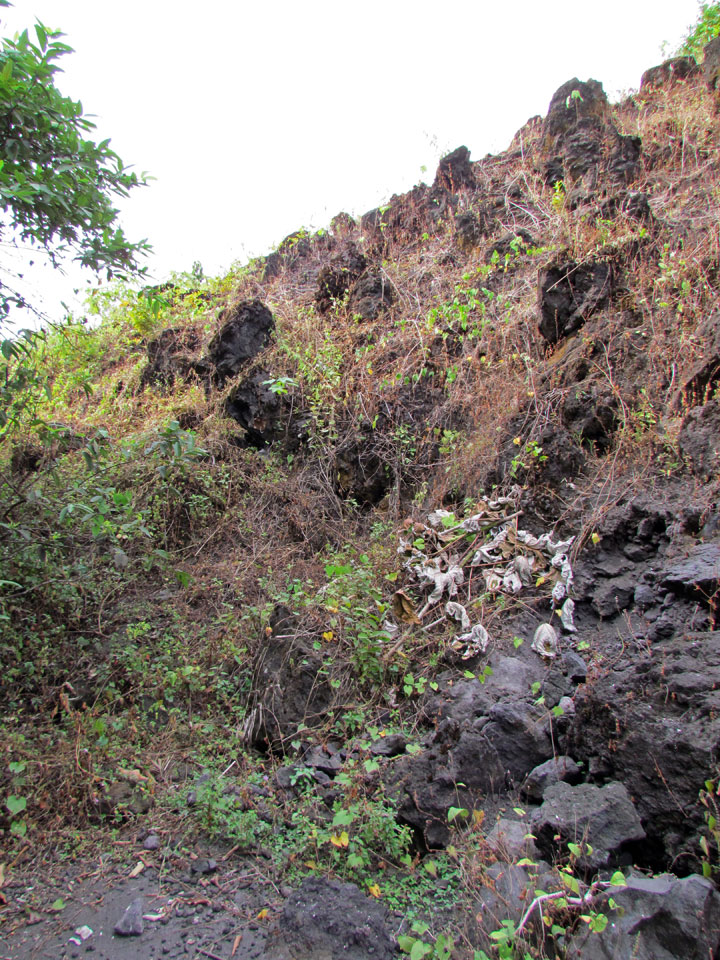 A statue of a chief in Bana, West Region, shows the prestige afforded such rulers. The Cameroonian government recognizes the power of traditional authorities provided their rulings do not contradict national law. 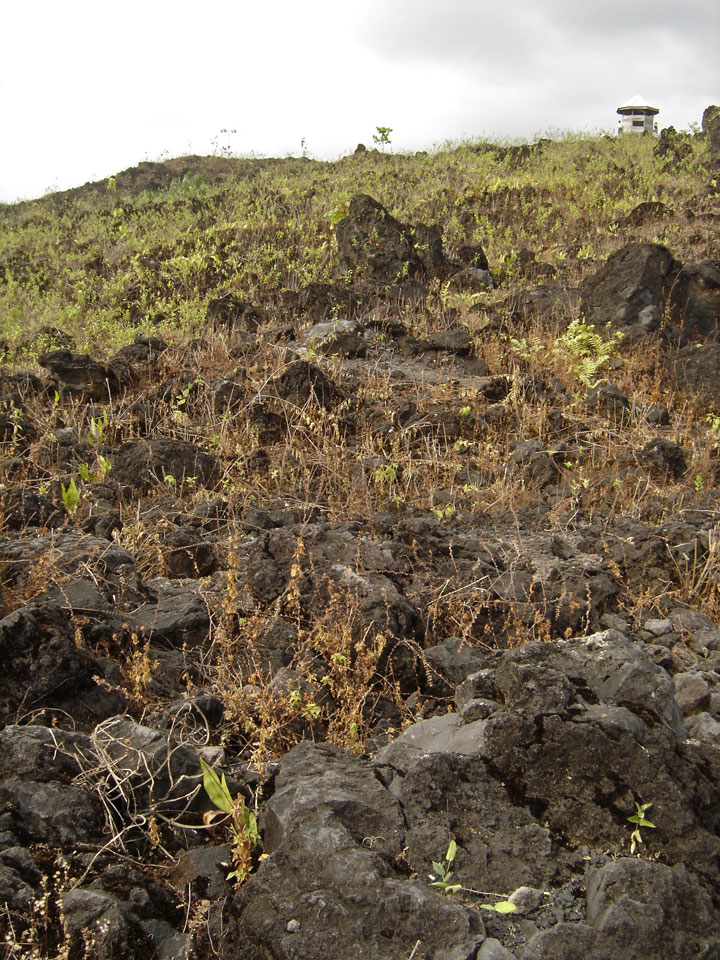 Cameroon's legal system is largely based on French civil law with common law influences. Although nominally independent, the judiciary falls under the authority of the executive's Ministry of Justice. The president appoints judges at all levels. The judiciary is officially divided into tribunals, the court of appeal, and the supreme court. The National Assembly elects the members of a nine-member High Court of Justice that judges high-ranking members of government in the event they are charged with high treason or harming national security. 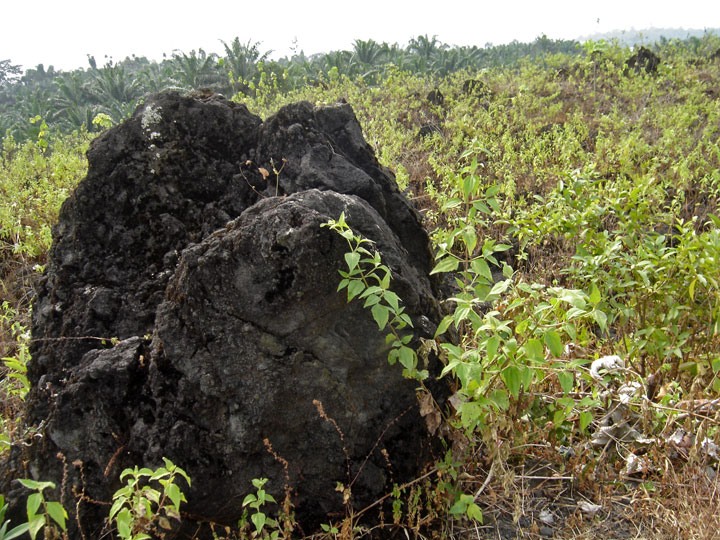 Human rights organisations accuse police and military forces of mistreating and even torturing criminal suspects, ethnic minorities, homosexuals, and political activists.[22] Prisons are overcrowded with little access to adequate food and medical facilities, and prisons run by traditional rulers in the north are charged with holding political opponents at the behest of the government. However, since the early 2000s, an increasing number of police and gendarmes have been prosecuted for improper conduct. 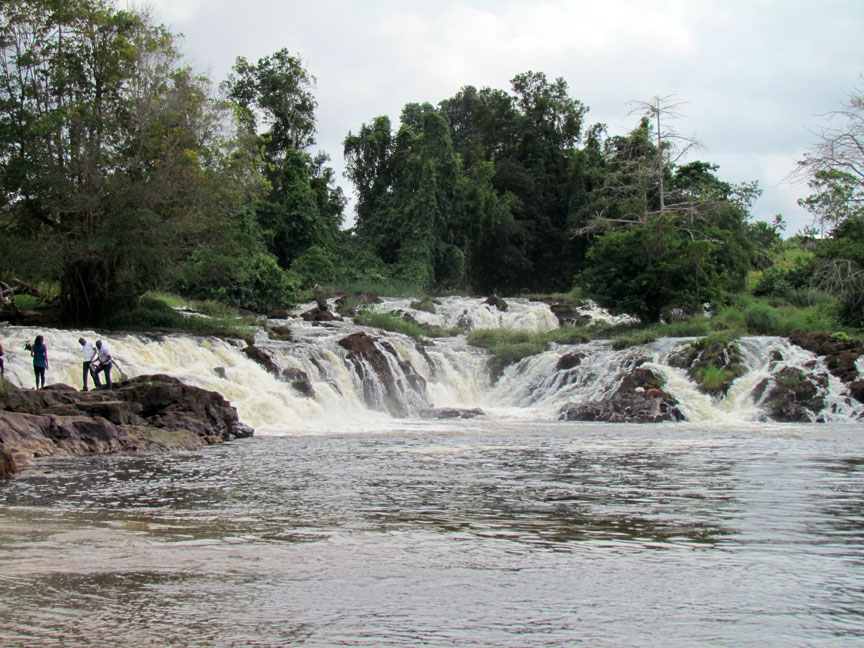 The National Assembly makes legislation. The body consists of 180 members who are elected for five-year terms and meet three times per year. Laws are passed on a majority vote. Rarely has the assembly changed or blocked legislation proposed by the president. The 1996 constitution establishes a second house of parliament, the 100-seat Senate, but this body has never been put into practice. The government recognises the authority of traditional chiefs, fons, and lamibe to govern at the local level and to resolve disputes as long as such rulings do not conflict with national law.

President Paul Biya's Cameroon People's Democratic Movement (CPDM) was the only legal political party until December 1990. Numerous regional political groups have since formed. The primary opposition is the Social Democratic Front (SDF), based largely in the Anglophone region of the country and headed by John Fru Ndi. Biya and his party have maintained control of the presidency and the National Assembly in national elections, but rivals contend that these have been unfair. Human rights organisations allege that the government suppresses the freedoms of opposition groups by preventing demonstrations, disrupting meetings, and arresting opposition leaders and journalists. Freedom House ranks Cameroon as "not free" in terms of political rights and civil liberties. The last parliamentary elections were held on 22 July 2007. 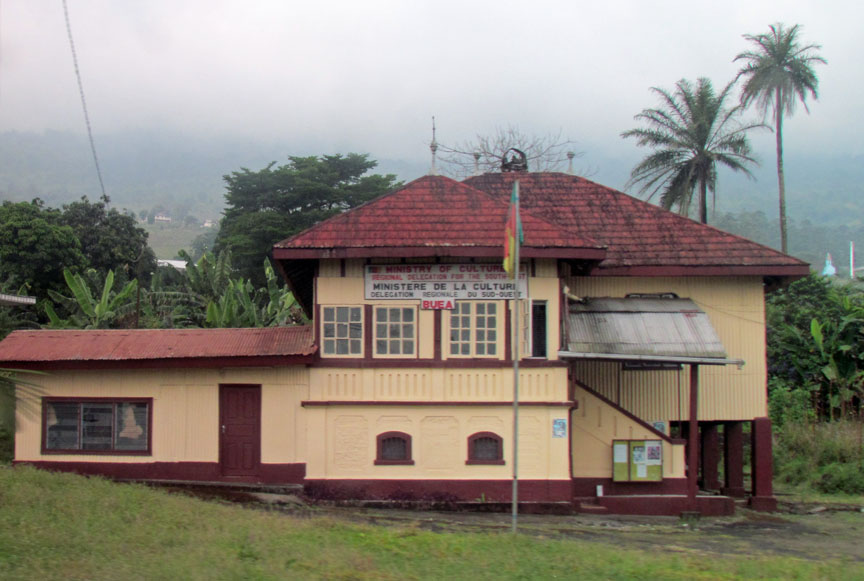 Cameroon is a member of both the Commonwealth of Nations and La Francophonie. Its foreign policy closely follows that of its main ally, France (the former colonial ruler). The country relies heavily on France for its defence, although military spending is high in comparison to other sectors of government. Biya has clashed with the government of Nigeria over possession of the Bakassi peninsula and with Gabon's president, El Hadj Omar Bongo, over personal rivalries. 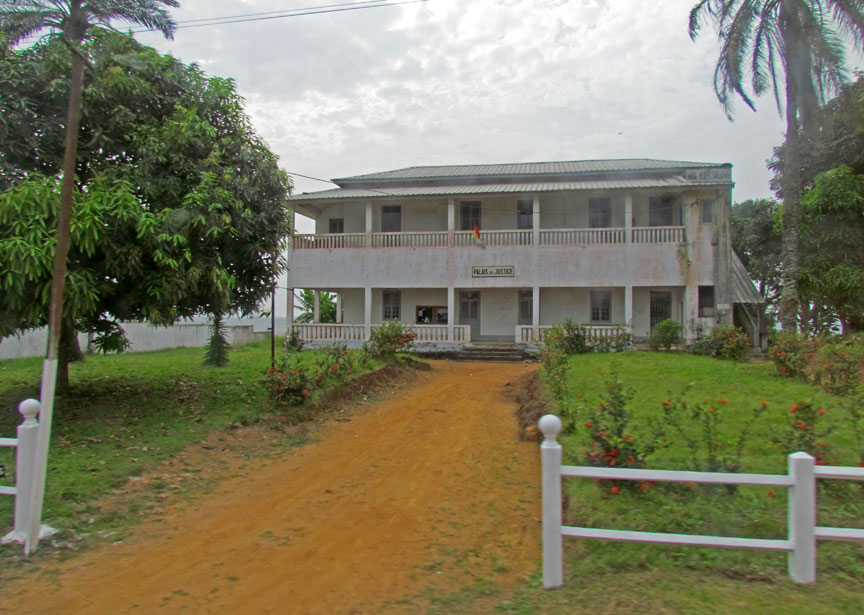 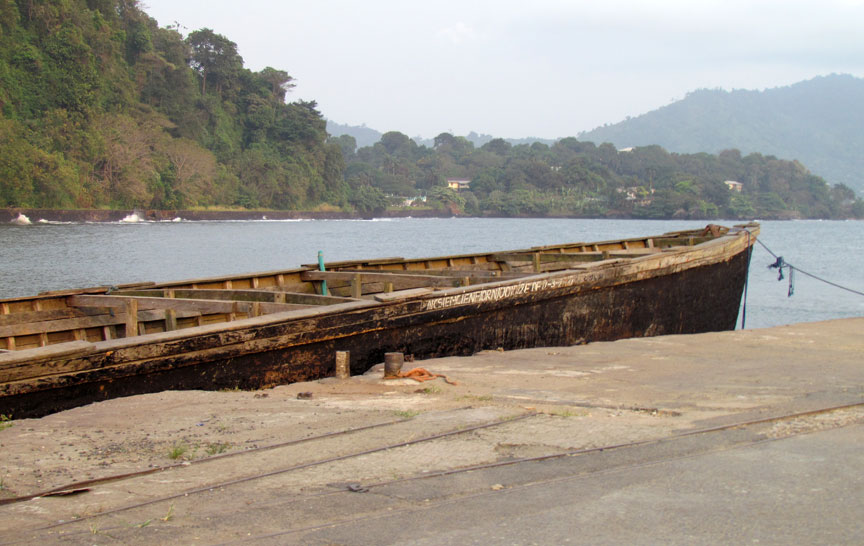