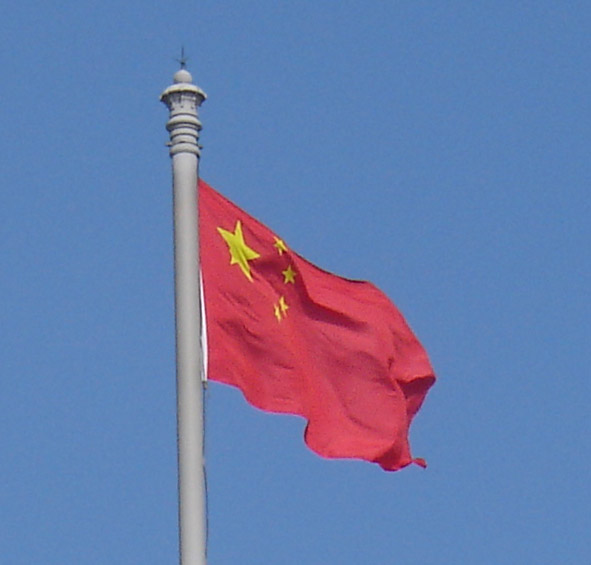 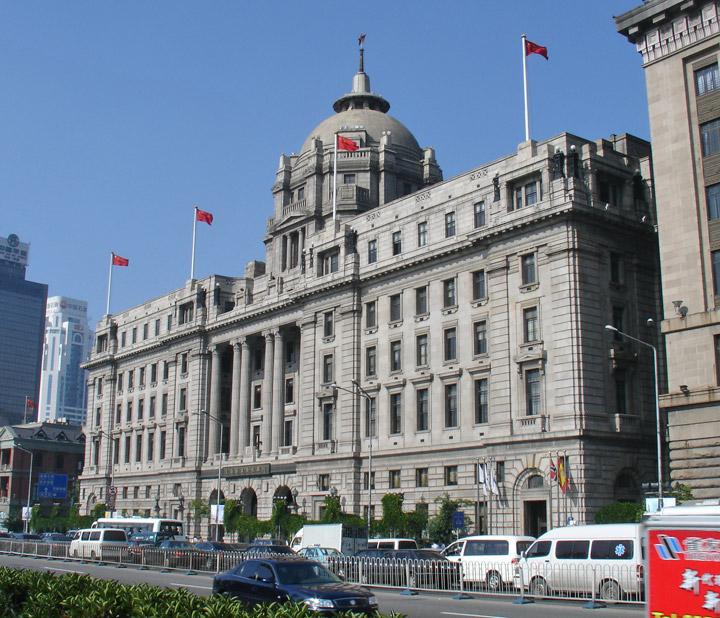 The Bund (Waitan) is one of the most recognizable architectural symbols of Shanghai. "Bund" derives from an Anglo-Indian word for an embankment along a muddy waterfront and that is what it was in the beginning when the first British company opened a office there in 1846. Located on the west bank of a bend (running north and south at this point) in the Huangpu River and just south of Suzhou Creek, the Bund became the site of some of the earliest foreign settlements after Shanghai was opened as one of five "Treaty Ports" in the Treaty of Nanjing that ended the Opium War in 1842. Because of its proximity to the Yangtze (Changjiang) River--the path into central China, Shanghai grew rapidly as the economic center of foreign interests. 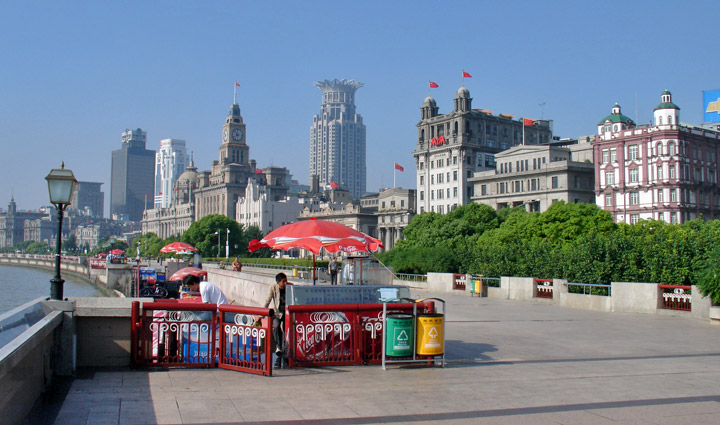 Bund, the walkway
and the background business buildings

Jardine Matheson & Company bought its first land here in 1848 and the river front soon became vital to the interests of the entire foreign settlement. In the latter 19th early 20th century the Bund became the financial and political center of the international community and (indeed of much of China). 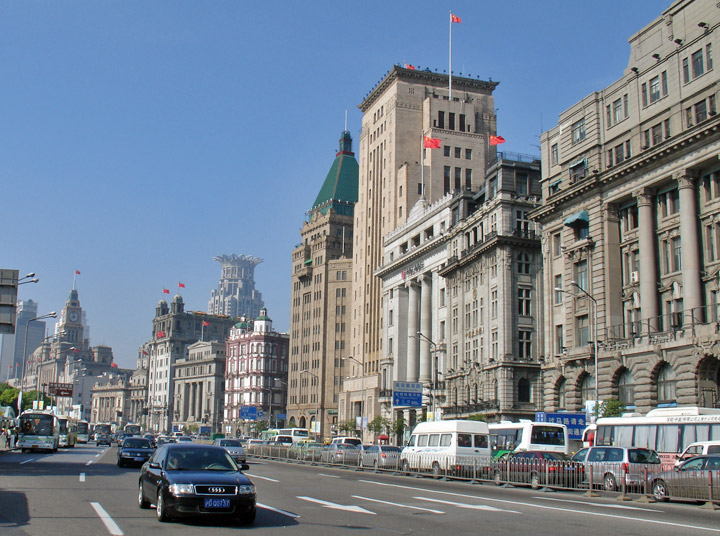 It was China's Wall Street, as Shanghai's financial market became the third largest in the world (behind London and New York). Nearby were located a number of important consulates, including the British, American, Russian and Japanese. 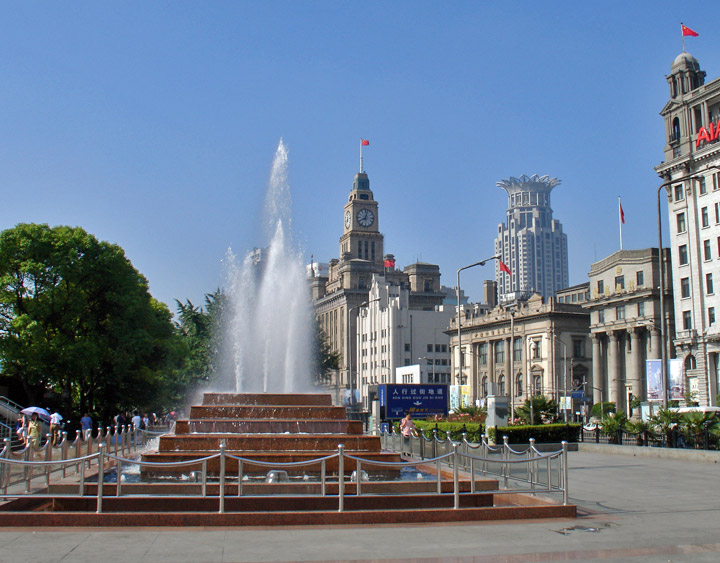 The twenty-four major structures, of uneven height along approximately 1.5 kilometers of Zhongshan Lu and the Huangpu River, have changed little externally since the 1930s. All were constructed in western-inspired styles --classical, Gothic, renaissance, eclectic and modern--a reported seventeen styles of architecture. 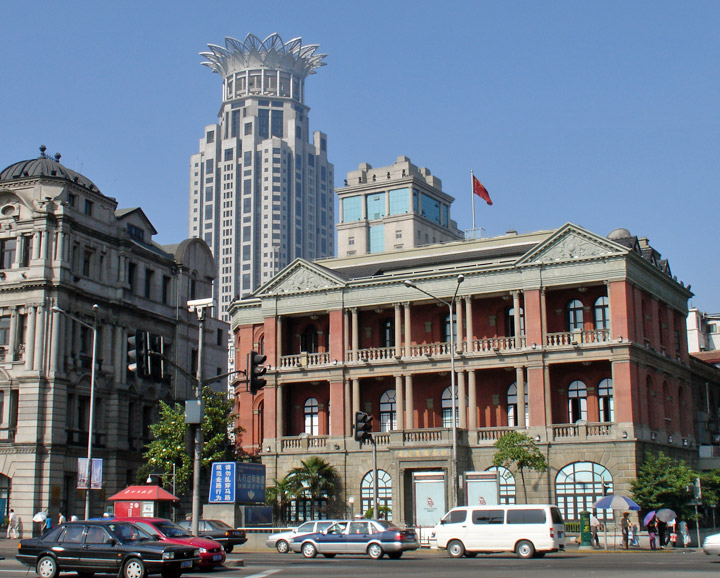 newer Shanghai construction in the background


The Bund has been called a 'museum of international architecture,' and indeed it was and still is. But it was also much more. Here were located the banks, hotels, exclusive clubs, press organizations and headquarters of international concerns. 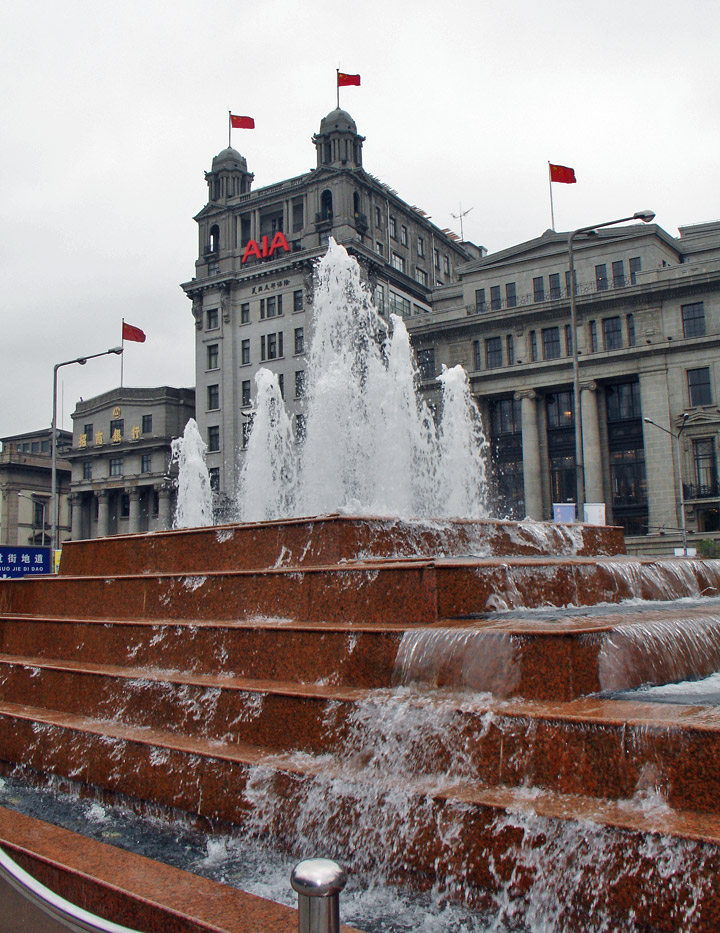 After the establishment of the People's Republic of China in 1949 the old tenants were gone. They had already be impacted by the wartime crises. Many of the structures were subdivided into government offices, department stores or storage areas, furnishings were sold off or destroyed, and architectural features covered. The Bund, one might say, was moribund. 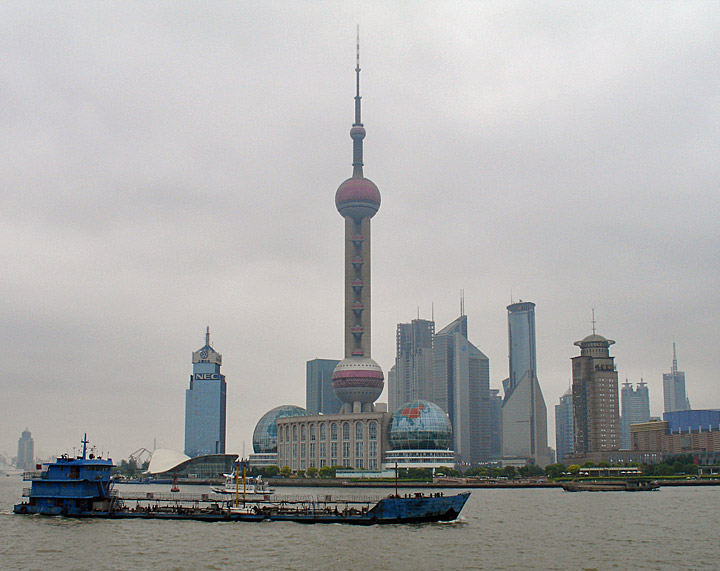 new construction across the river (Püdõng)

Much of this now is changing with the revitalization of Shanghai, strongly encouraged by a visit of Deng Xiaoping in 1992. The next year the plans for the Bund were finalized and the renewal of Shanghai began in earnest. Although many of the state-protected historic buildings of the Bund remain vacant, or perhaps underutilized as government offices as of April, 2002, there are strong indications that this might change--even though the old tenants have outgrown their old quarters and will not return since many are now in more spacious and comfortable quarters on the east side of the river in Pudong. But their old buildings are newly appreciated, with even brass plates outlining their previous use, and efforts are being made to bring elements of the international community back to where it started in the Bund, as well as on the Pudong side. 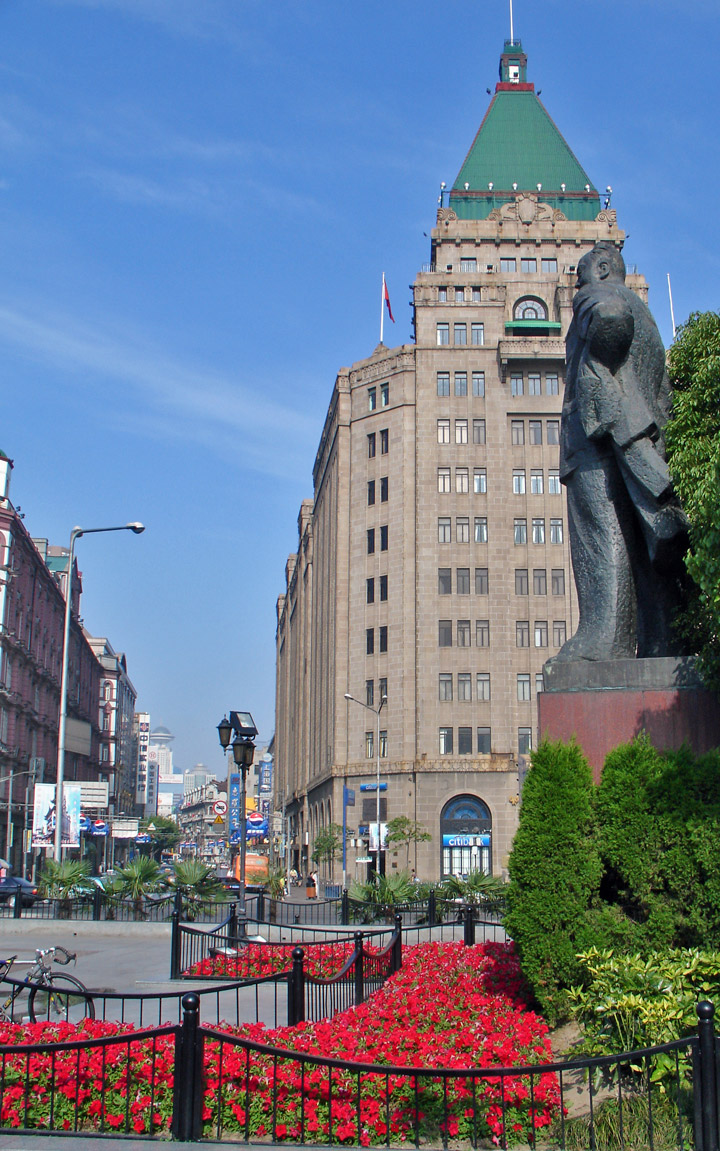 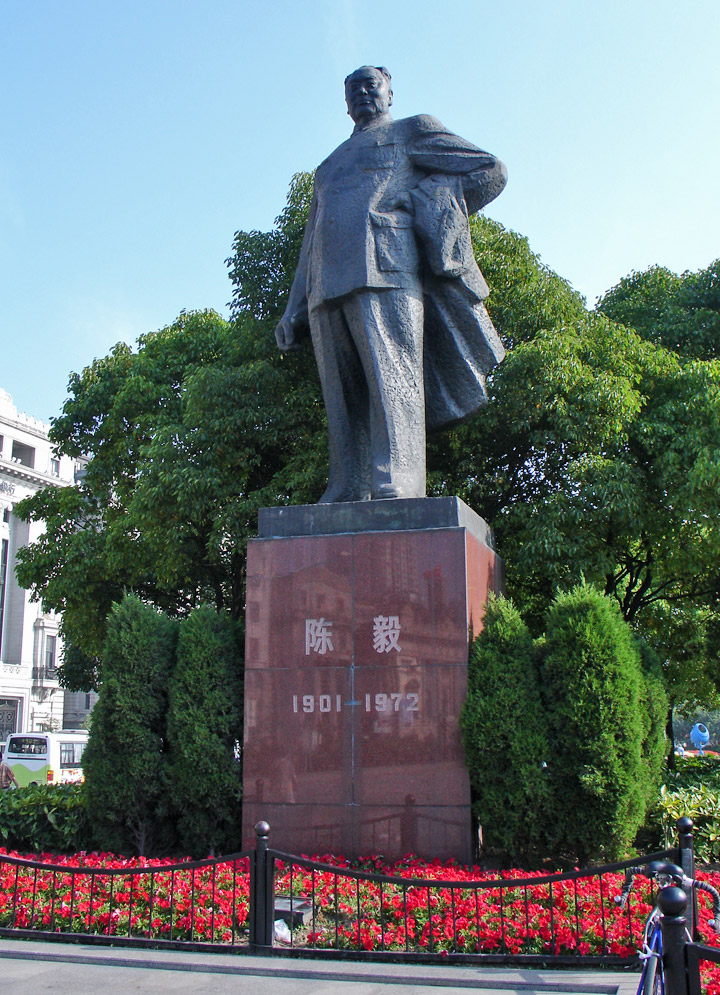 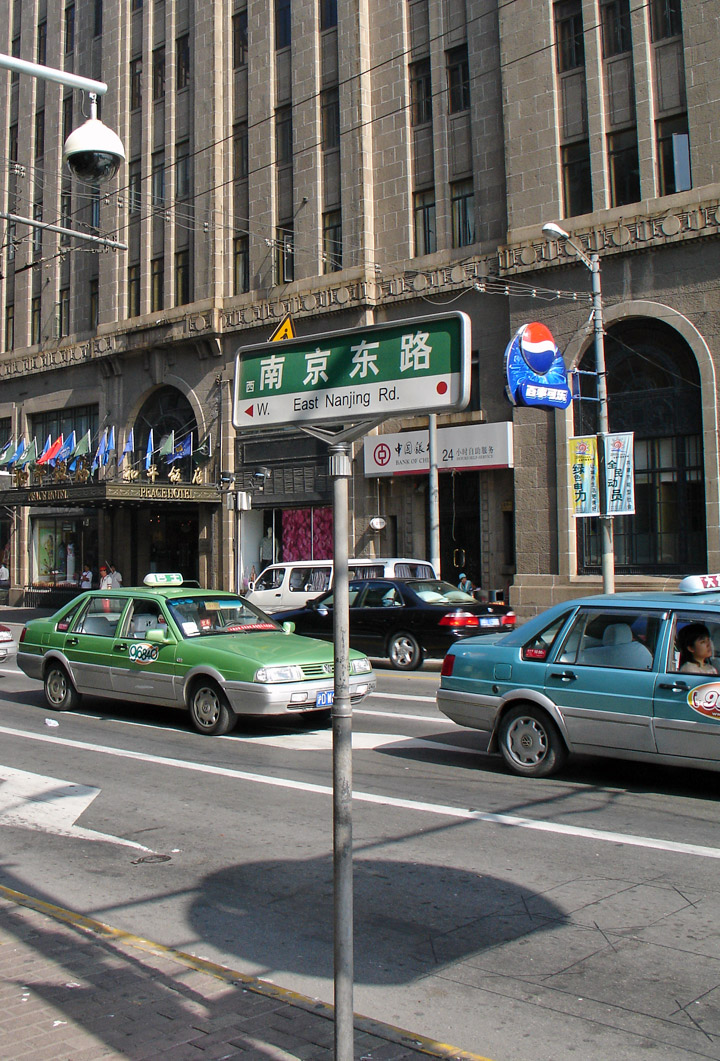 Nanjing Road at the entrance to the Peace Hotel 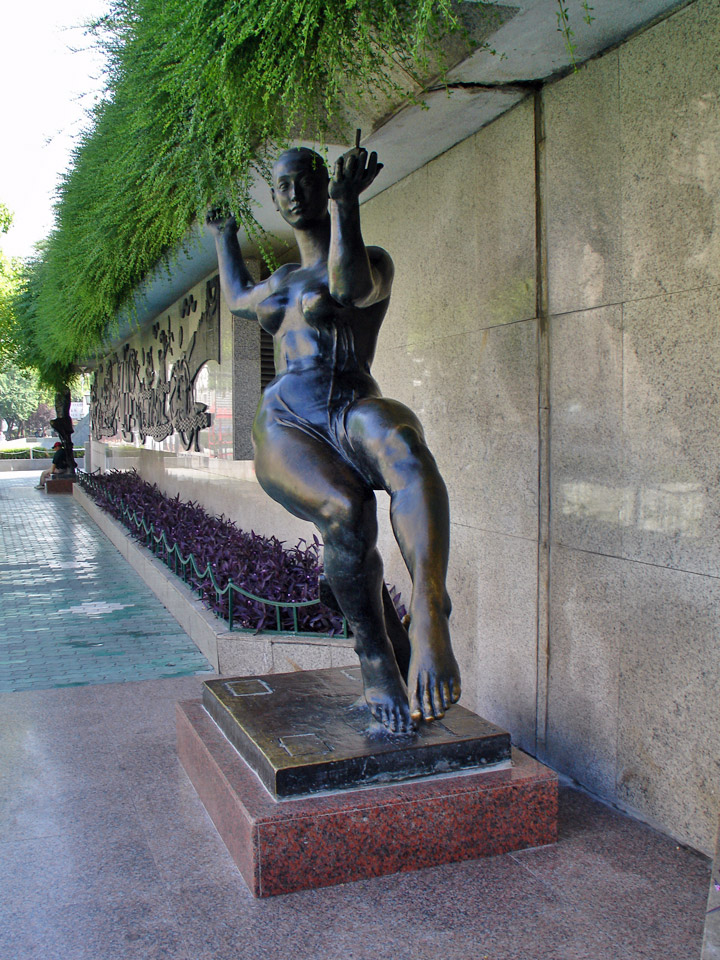 sculpture on the Bund 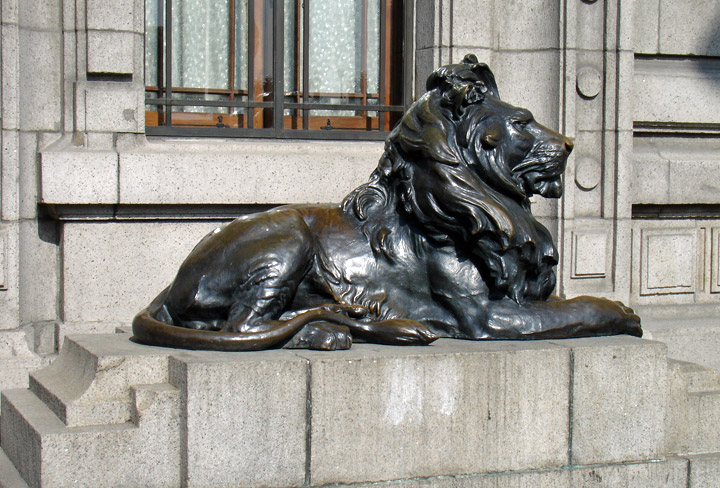 People of the Bund 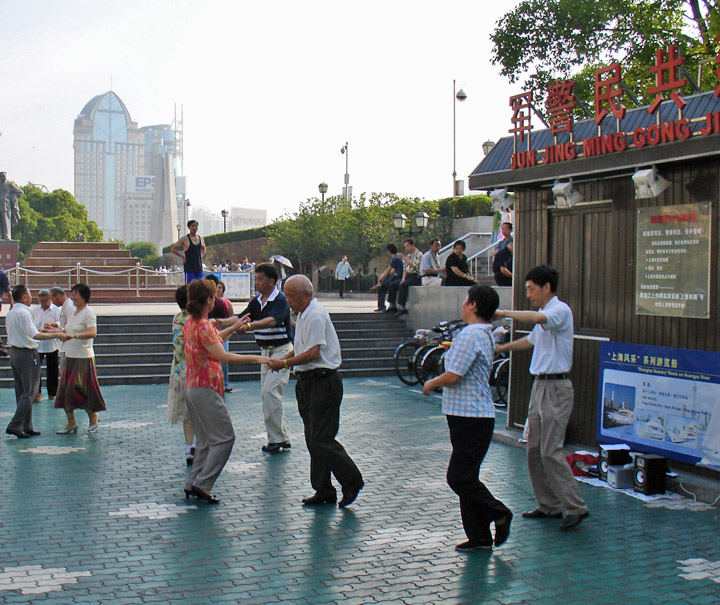 early morning dancing on the Bund 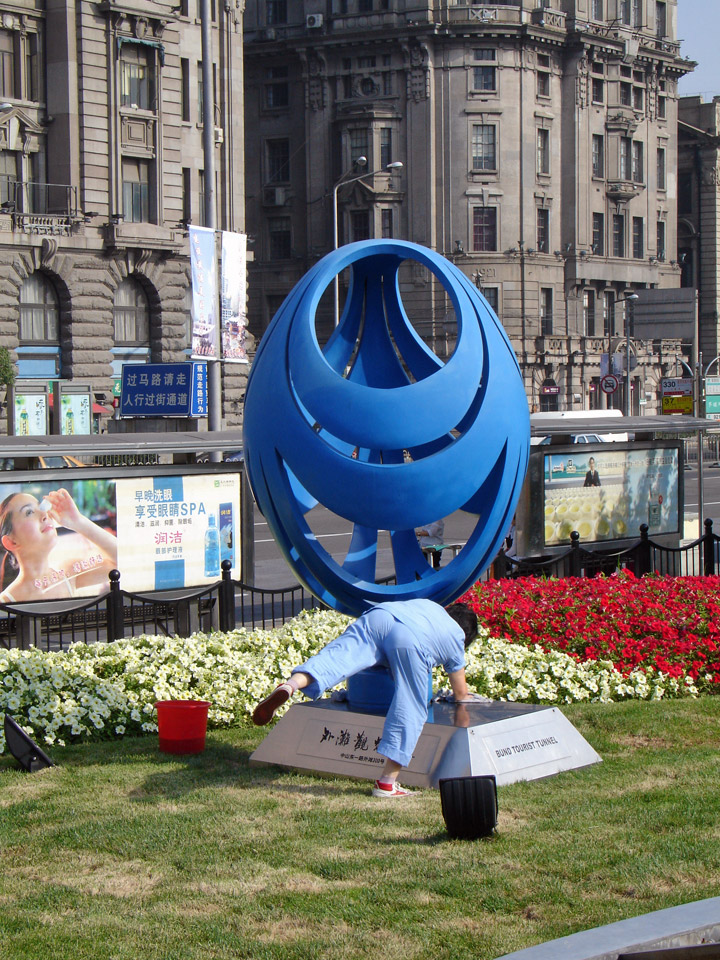 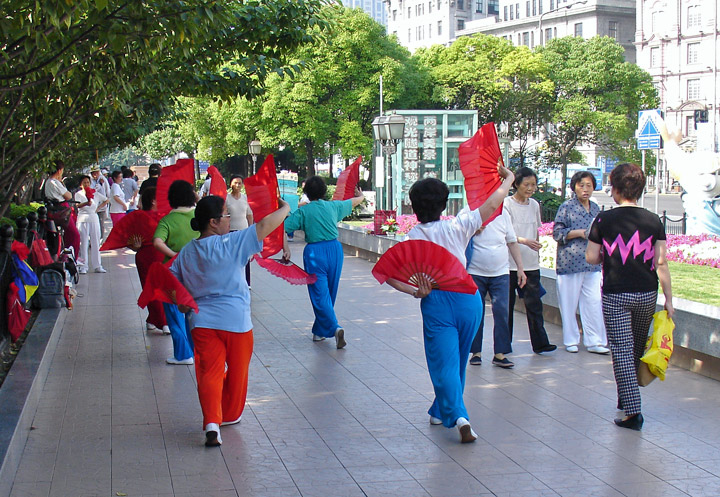 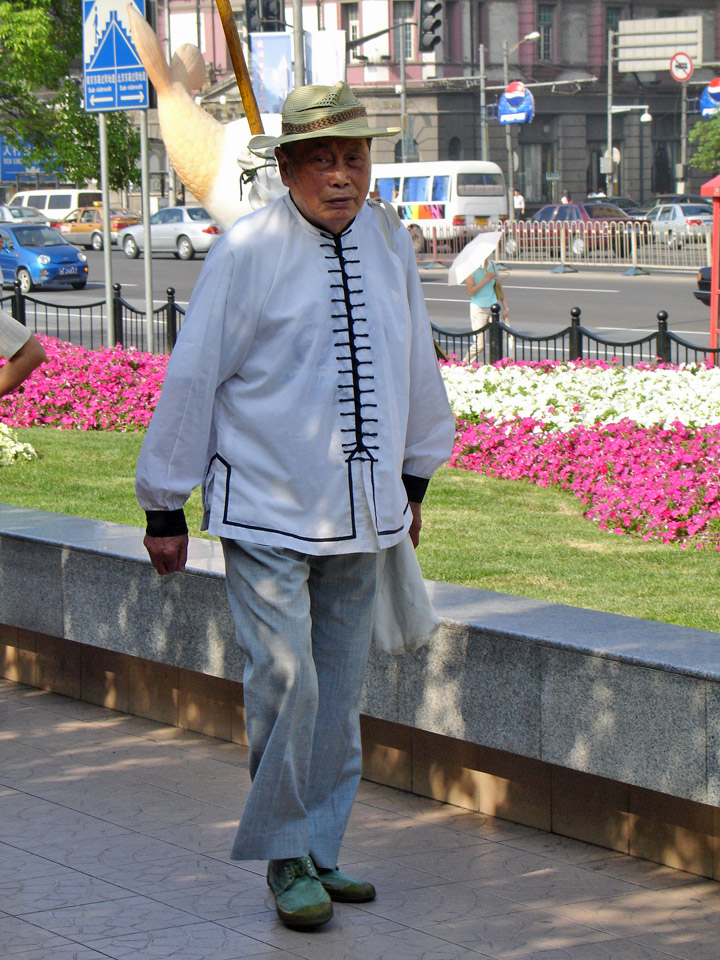 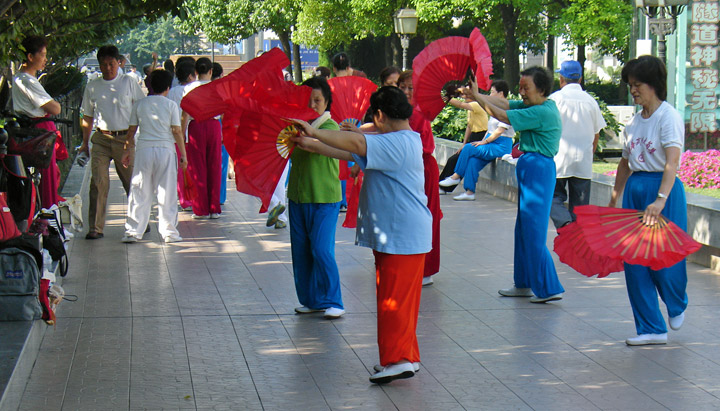 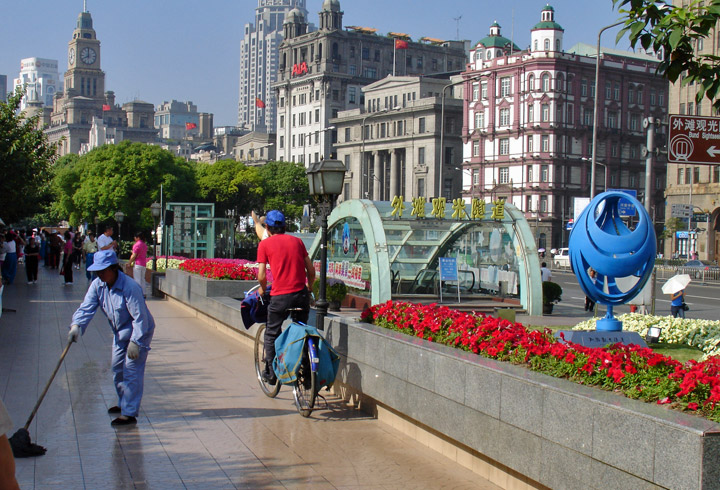 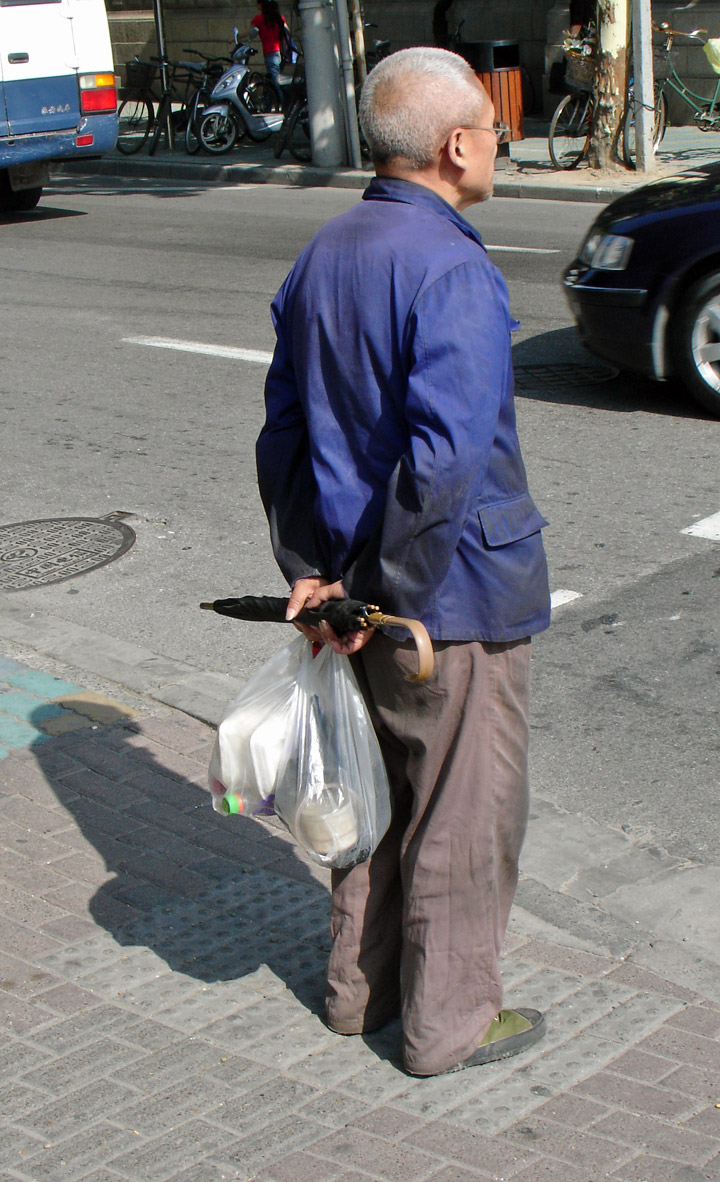 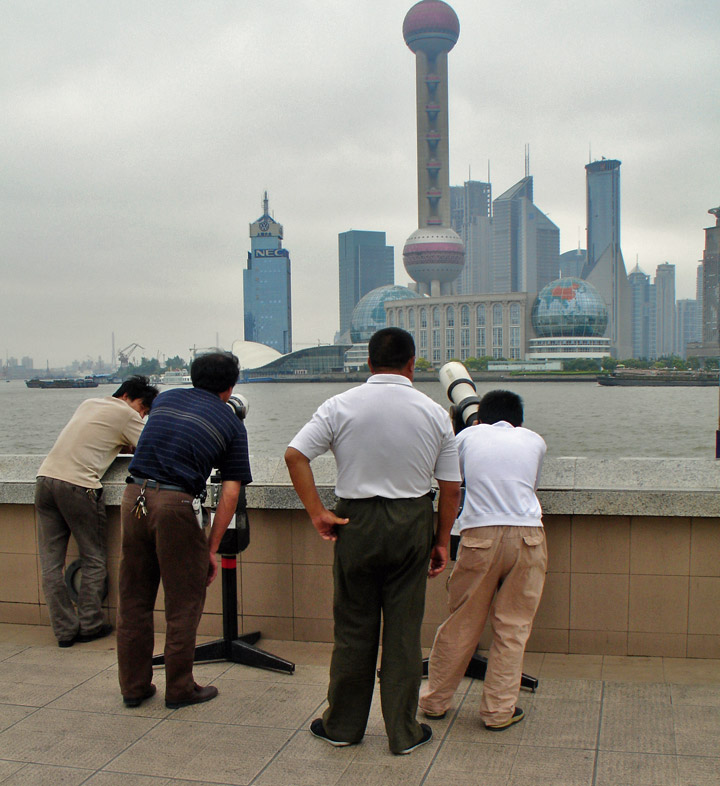 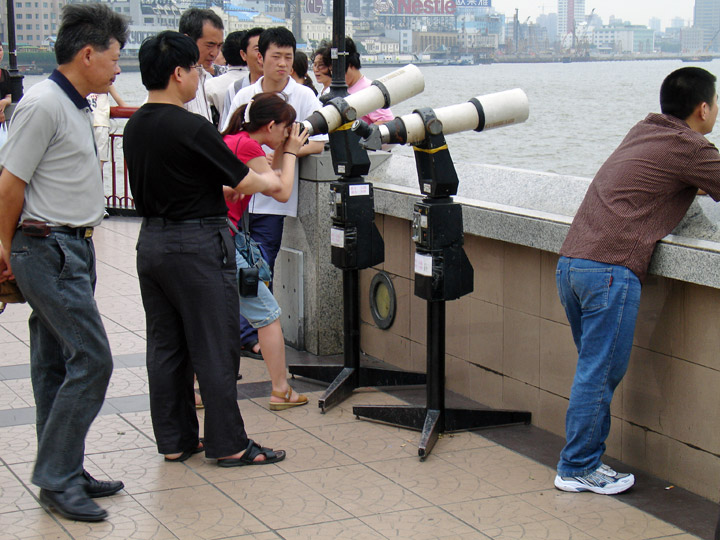 can look as long as the music plays 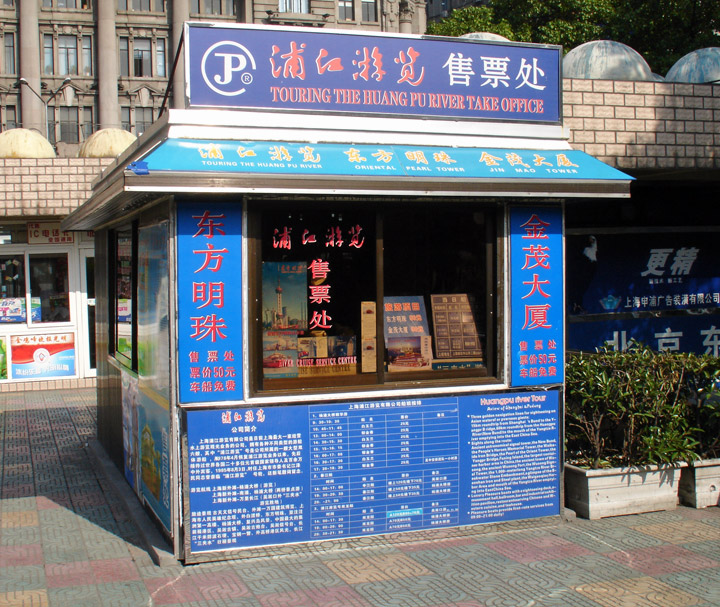 sign up for a tour on the river (Huángpū Jiáng) 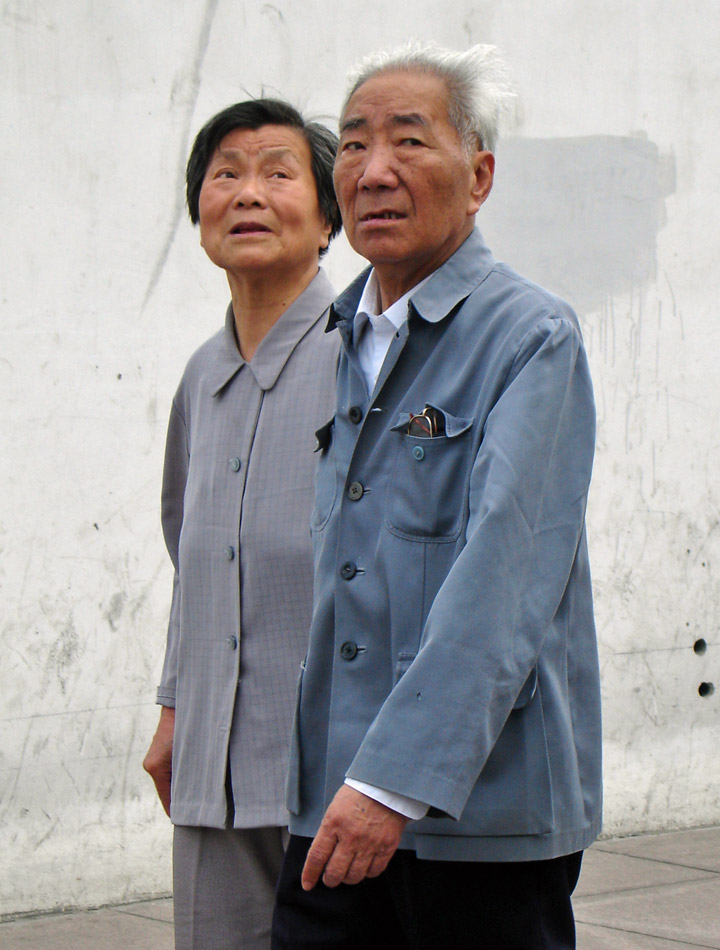 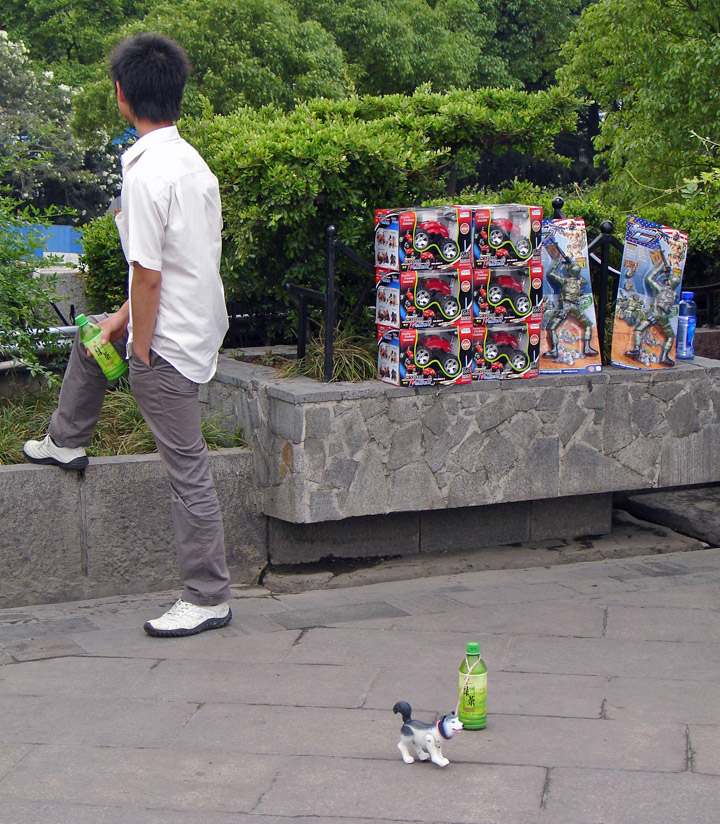 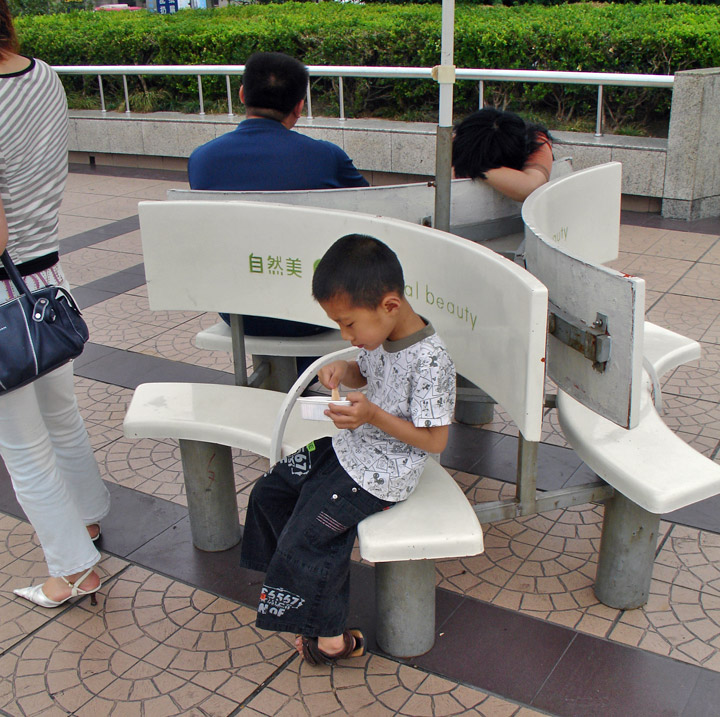 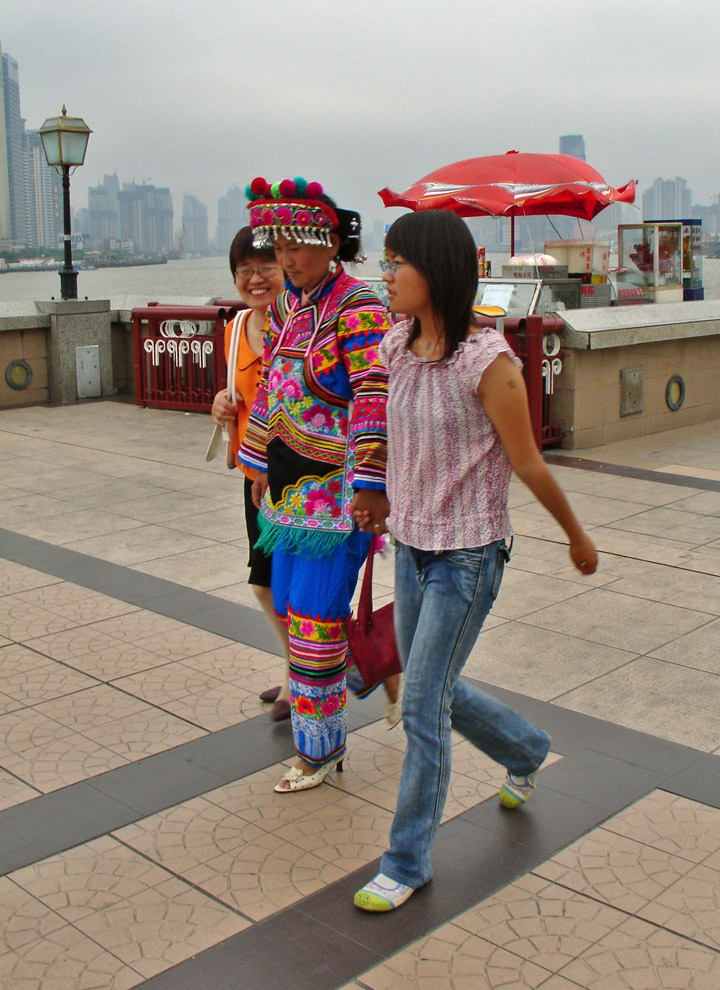 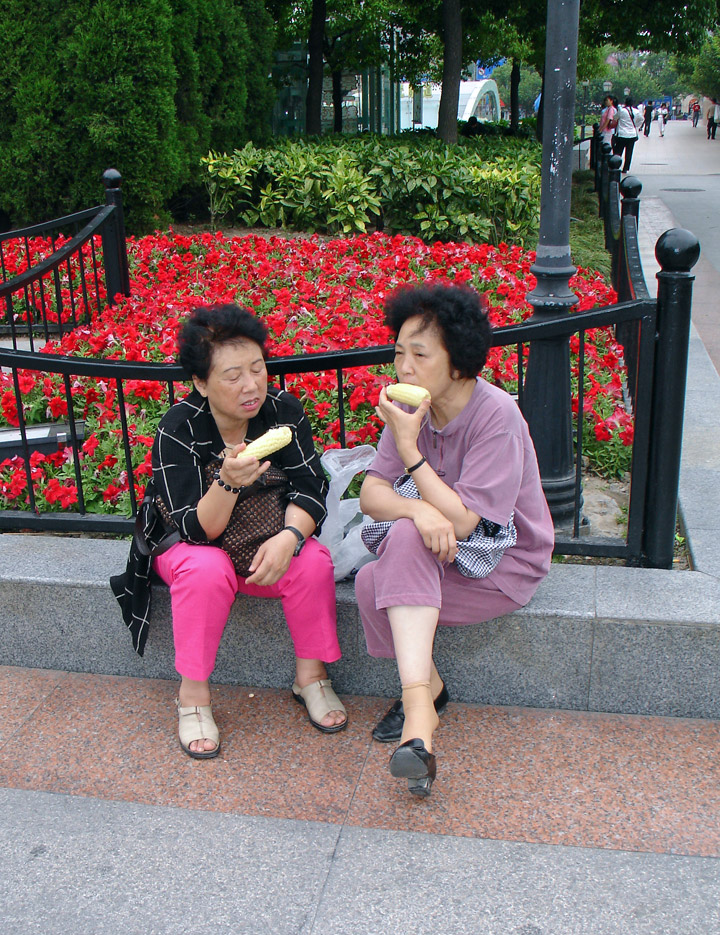 delicious corn on the cob 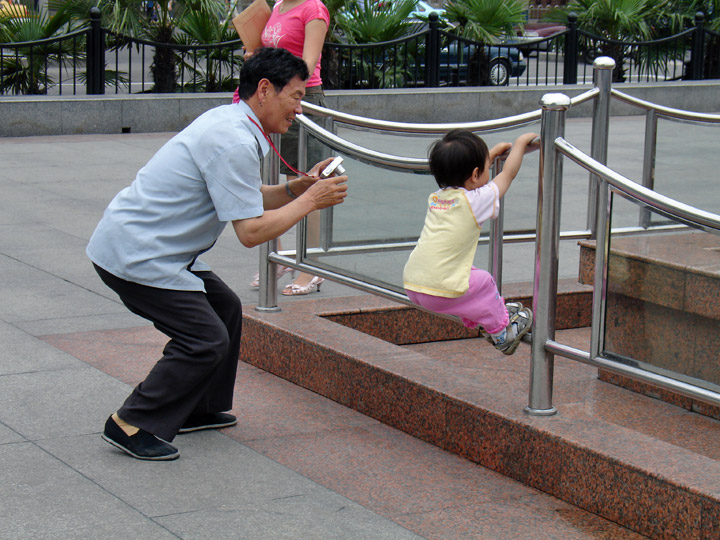 look here for the photo! 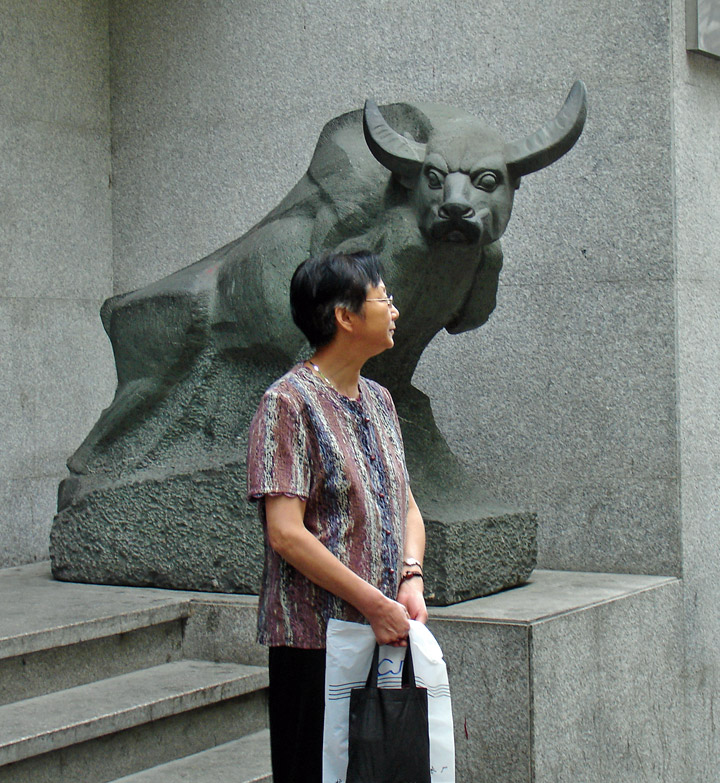 I am not afraid of him!