On the Katmai peninsula in Alaska there is a camp near a stream where the Alaska Brown Bears come to feed on the salmon. This Brook's Falls lodge of the National Park Service is an excellent place to view the bears. Care must be taken since you walk on the same trails as the bears on the way to the falls. At the falls is a platform where one can stand to view the bears natural actions at close range. 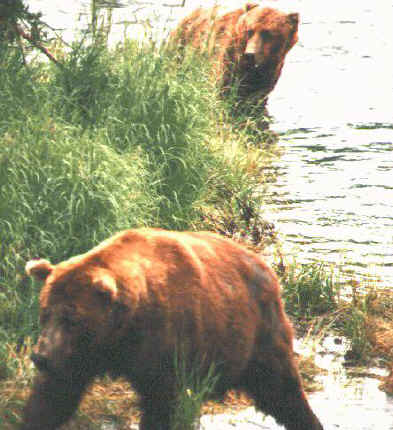 In the Fall the male polar bears gather on the land near Churchill, Manitoba, waiting for the ice to freeze on the Hudson's Bay. They have been feeding mostly on berries all summer, and are hungry for seal meat, which can be caught out on the ice. Using big wheel Tundra Buggies, visitors can go on the frozen landscape to view the bears. 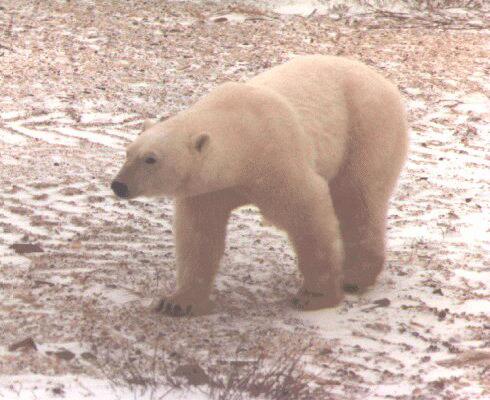 At a preserve near Orr, Minnesota, The American Bear Association, has taken over the daily feeding of Black Bears, started many years ago as a way of preventing them from breaking into local cabins looking for food. It is a supplemental feeding program, since the Bears can roam the wild. Each evening at 5:00 PM the preserve is open for people to view the 20-30 bears who will that day be there for food which consists of dog food, seeds and nutritional supplements. 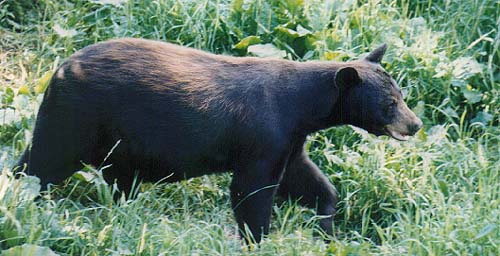 Harp seals spend most of the year in the Arctic. To give birth they come South to the pack ice in St. Lawrence Bay, where the pups are born on the ice. Only about 12 inches long, all fussy yellow, they grow through the white stage in two weeks, gaining much weight from the mother's very rich milk. The mother comes on to the ice only to nurse, but the baby must remain on the ice for several weeks. Taking a helicopter on to the pack ice, I was able to view the babies at close range. Looking through the holes in the ice which the mothers used to come to the surface, you could see them swimming below. Eco tourism was started here, to compensate those who formerly would kill the babies for there nice white fur. 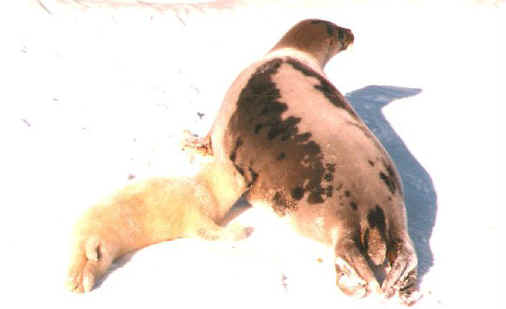 There are many places one can view Elephants, but the most impressive place for me was a camp in Botswana, where while sitting at our camp site we could view hundreds of elephants. They brought the baby elephants to the lakeside to bath and play. A magnificent sight at sundown. 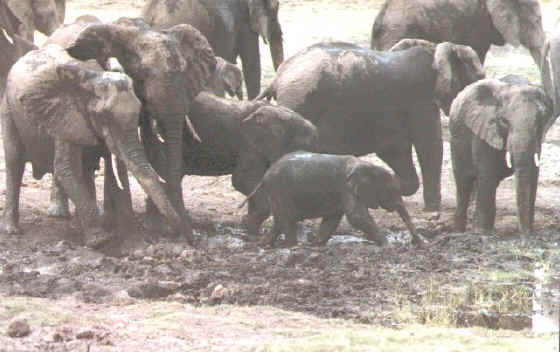 In the Northern Section of Theodore Roosevelt Natural Park in the State of North Dakota there is good viewing of Bison behaviors. During the mating season, they are in family groupings. The males are keeping their cows together for mating, while the young ones are still nursing. The males have their tongues hanging out and show anxious movements with their tails held high. 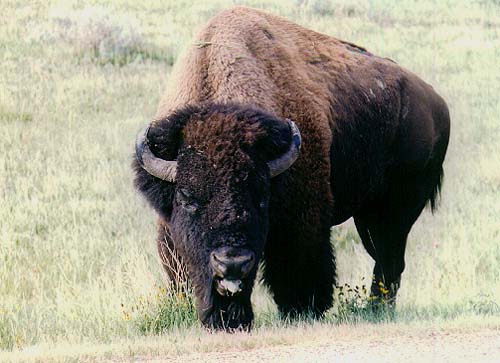 In Minnesota there are several wolf packs which can be seen.

More of My Favorite Animal Photos