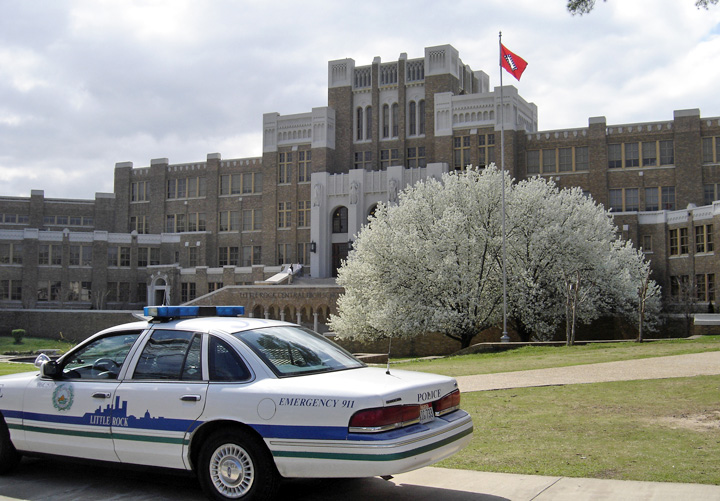 In the summer of 1957, the city of Little Rock, Arkansas, made plans to desegregate its public schools. Within a week of the 1954 landmark Supreme Court decision striking down racial segregation in public schools, Arkansas was one of two Southern states to announce it would begin immediately to take steps to comply with the new "law of the land." Arkansas' law school had been integrated since 1949. By 1957, seven of its eight state universities had desegregated. Blacks had been appointed to state boards and elected to local offices. 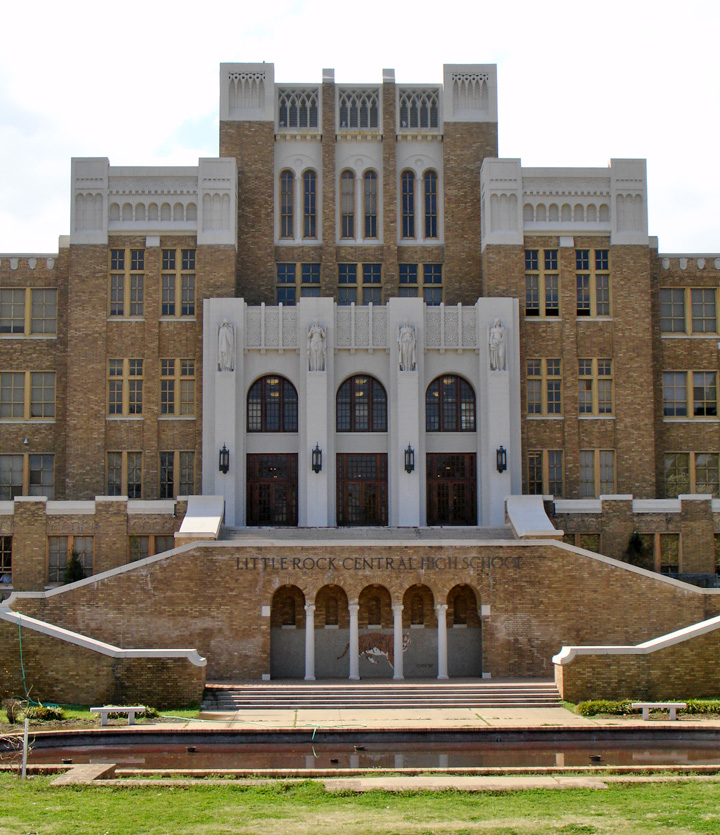 Little Rock felt it could break down the barriers of segregation in its schools with a carefully developed program. It had already desegregated its public buses, as well as its zoo, library and parks system. Its school board had voted unanimously for a plan, starting with desegregation in the high school in 1957, followed by junior high schools the next year and elementary schools following. 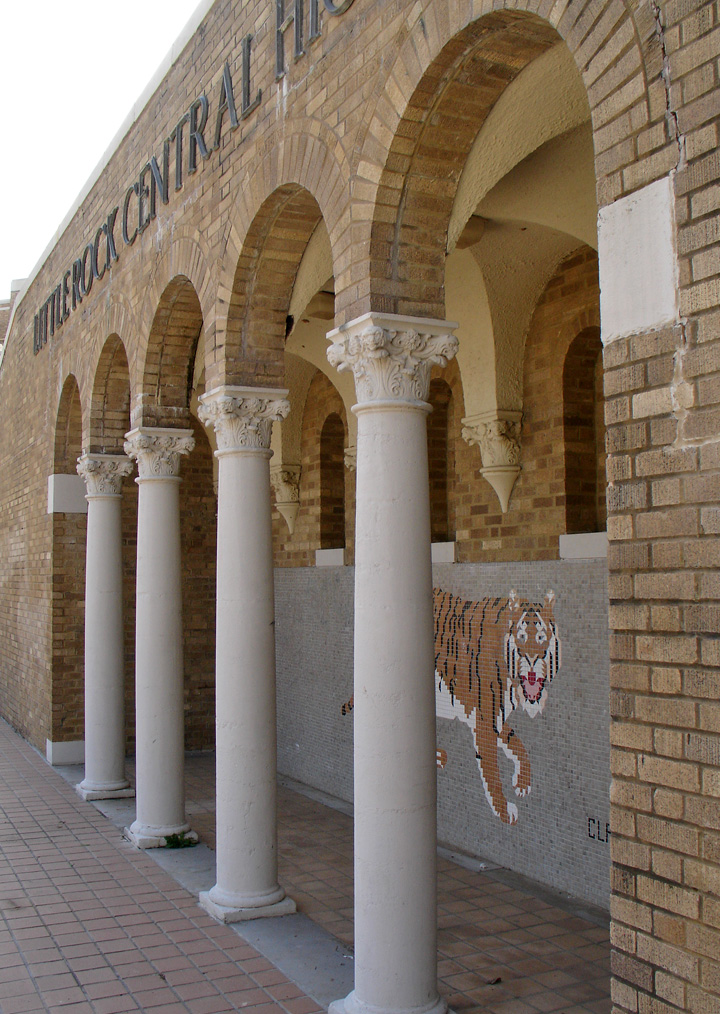 But the smooth transition to the school system's integration was not to be. 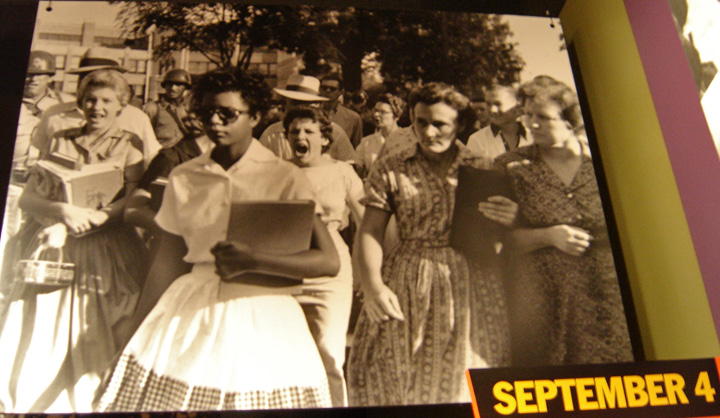 On September 2, the night before school was to start, Arkansas Governor Orval Faubus called out the state's National Guard to surround Little Rock Central High School and prevent any black students from entering in order to protect citizens and property from possible violence by protesters he claimed were headed in caravans toward Little Rock. 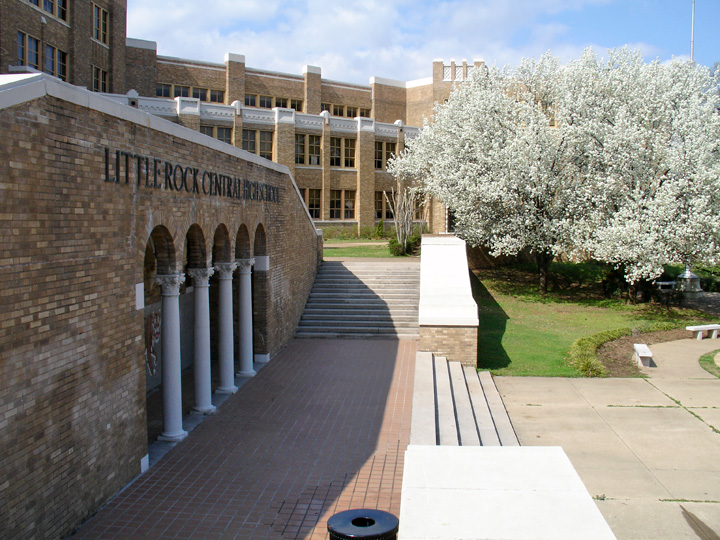 A federal judge granted an injunction against the Governor's use of National Guard troops to prevent integration and they were withdrawn on September 20. 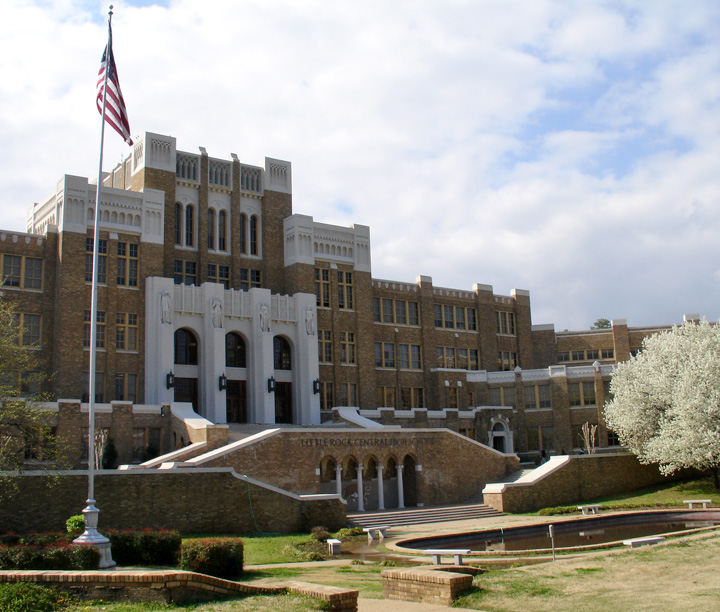 When school resumed on Monday, September 23, Central High was surrounded by Little Rock policemen. About 1,000 people gathered in front of the school. The police escorted the nine black students to a side door where they quietly entered the building as classes were to begin. When the mob learned the blacks were inside, they began to challenge the police and surge toward the school with shouts and threats. Fearful the police would be unable to control the crowd, the school administration moved the black students out a side door before noon. 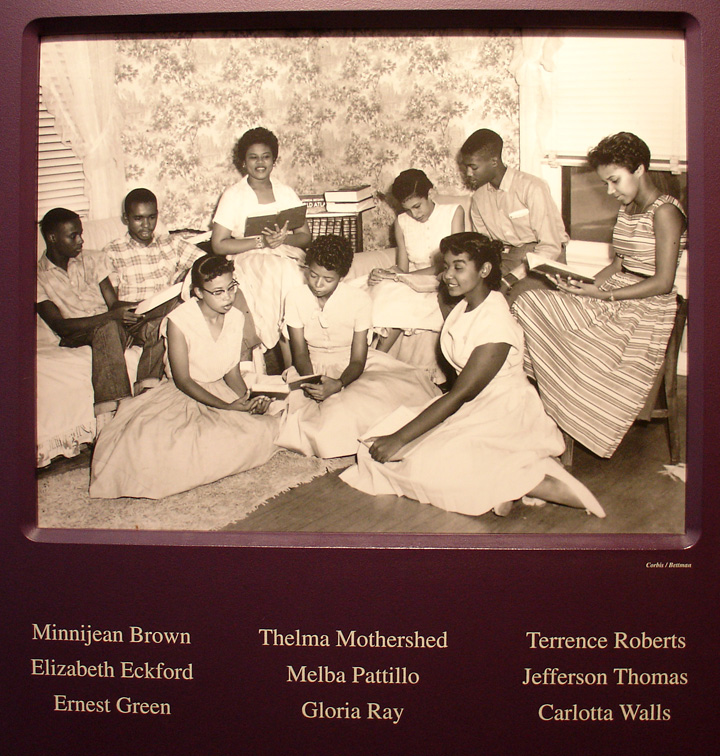 U.S. Congressman Brooks Hays and Little Rock Mayor Woodrow Mann asked the federal government for help, first in the form of U.S. marshals. Finally, on September 24, Mann sent a telegram to President Eisenhower requesting troops. They were dispatched that day and the President also federalized the entire Arkansas National Guard, taking it away from the Governor. 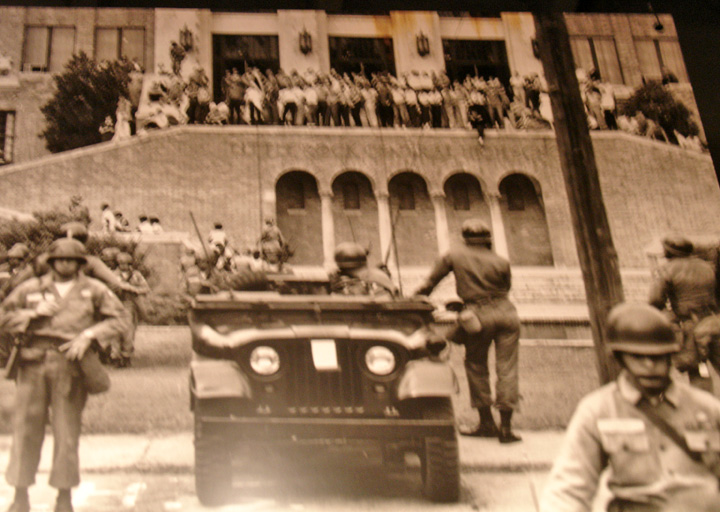 On September 25, 1957, the nine black students entered the school under the protection of 1,000 members of the 101st Airborne Division of the United States Army. 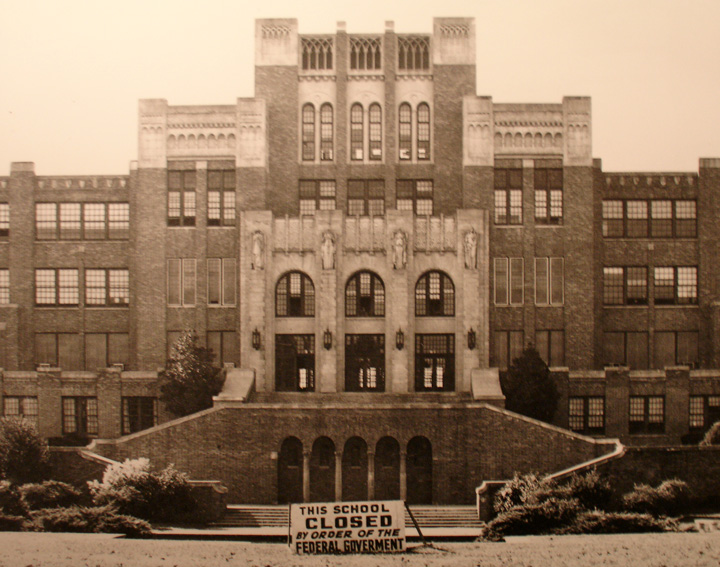 "the Lost Year"
when the school was closed

The year that followed was one in which the eyes of the world were focused on America as Little Rock Central High School went through its first year of integration, ending on May 27, 1958, with commencement ceremonies for 601 graduating seniors, including Ernest Green, the school's first black graduate. 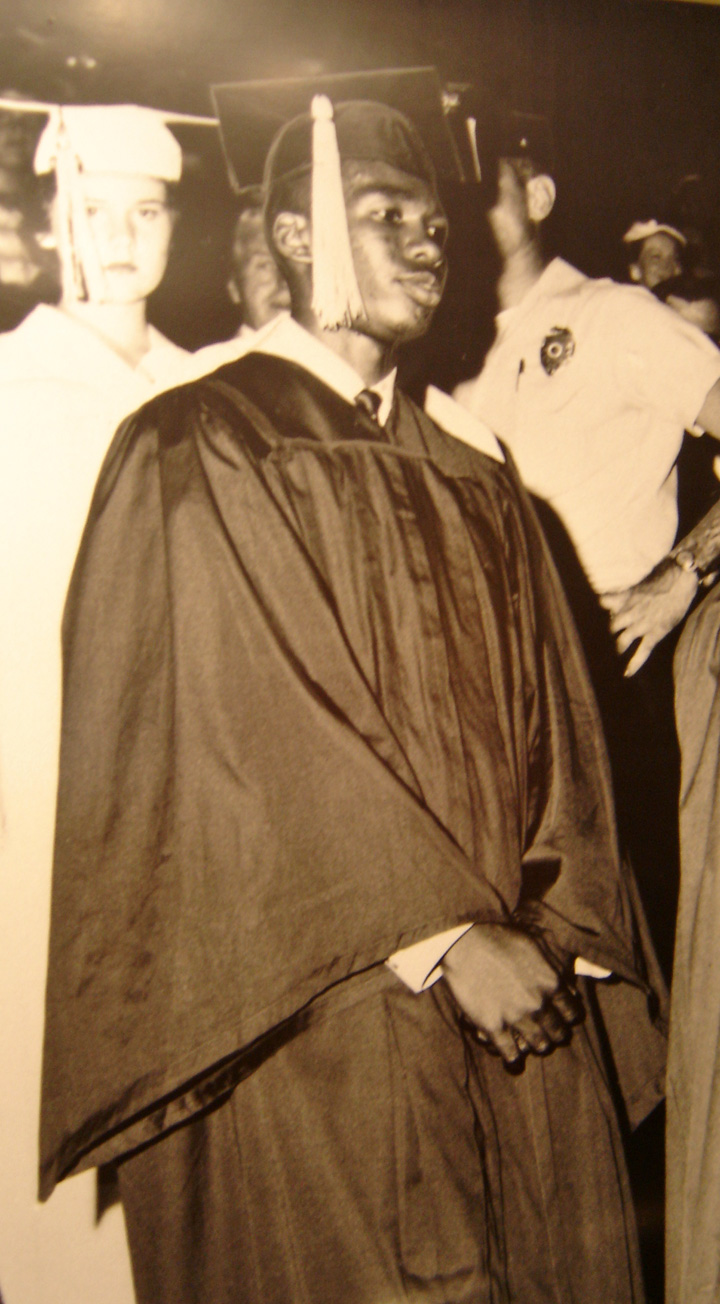 Inside the school, the great majority of the 2,000 students, the faculty and the administration worked to put the law of the land into effect. For every act of harassment, there were 100 acts of acceptance of the black students among the white. Though not all the white students favored desegregation, they felt it was their duty to obey the law. Besides, their priority was to get a first-class education...and many helped the black students try to achieve the same thing, even though they were faced with pressures that were very difficult for teenagers to comprehend. 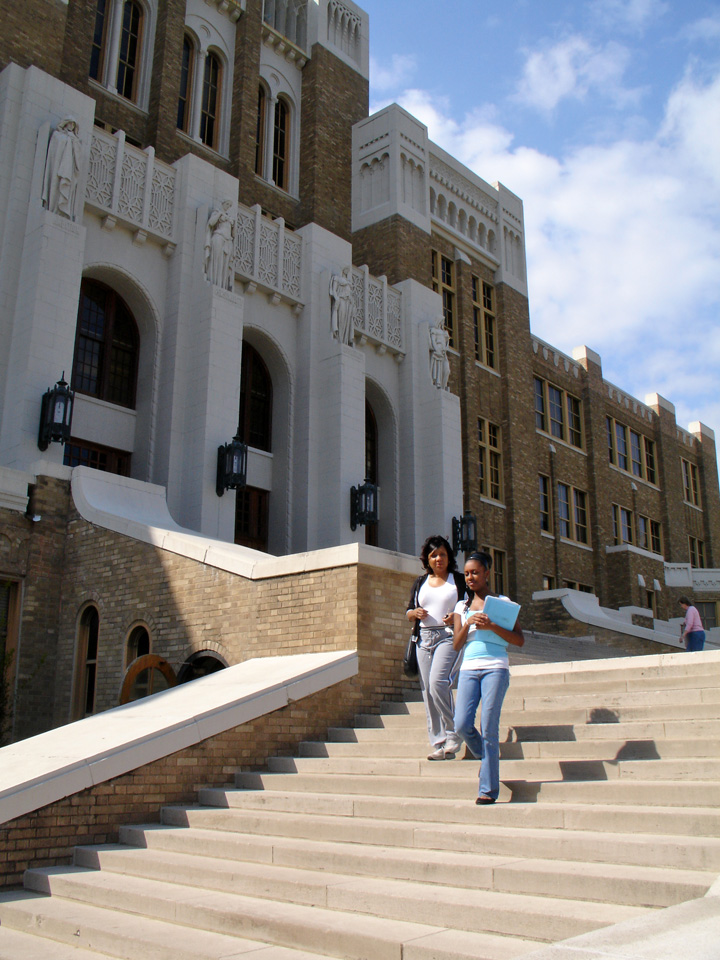 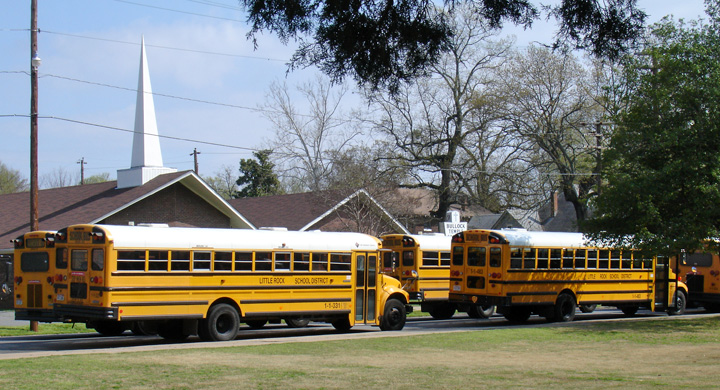 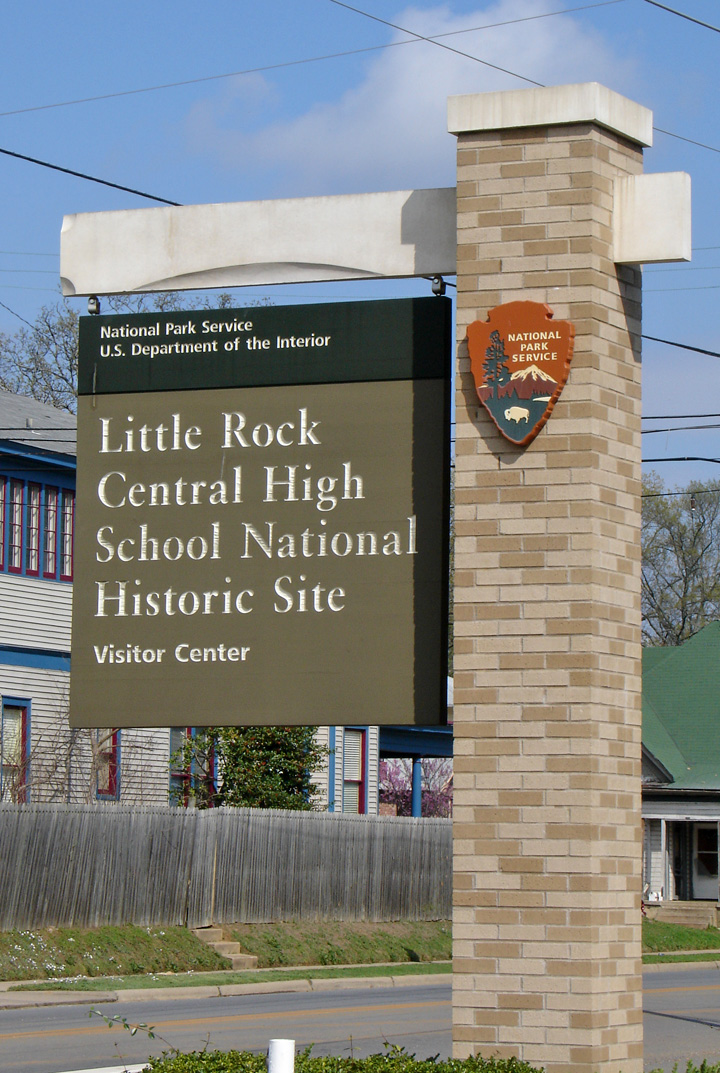 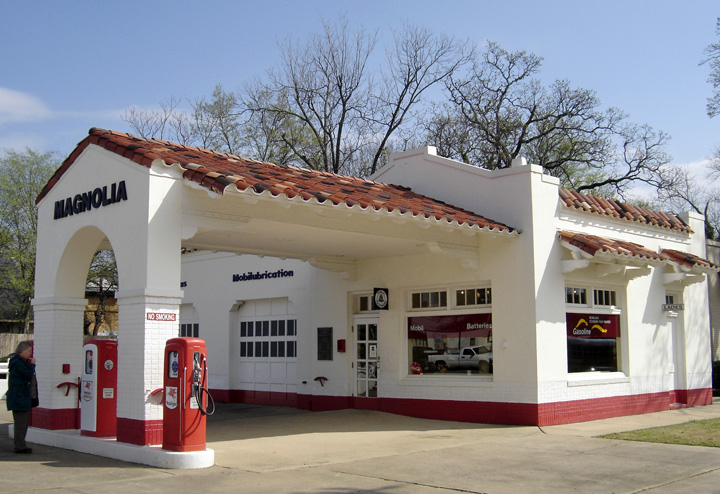 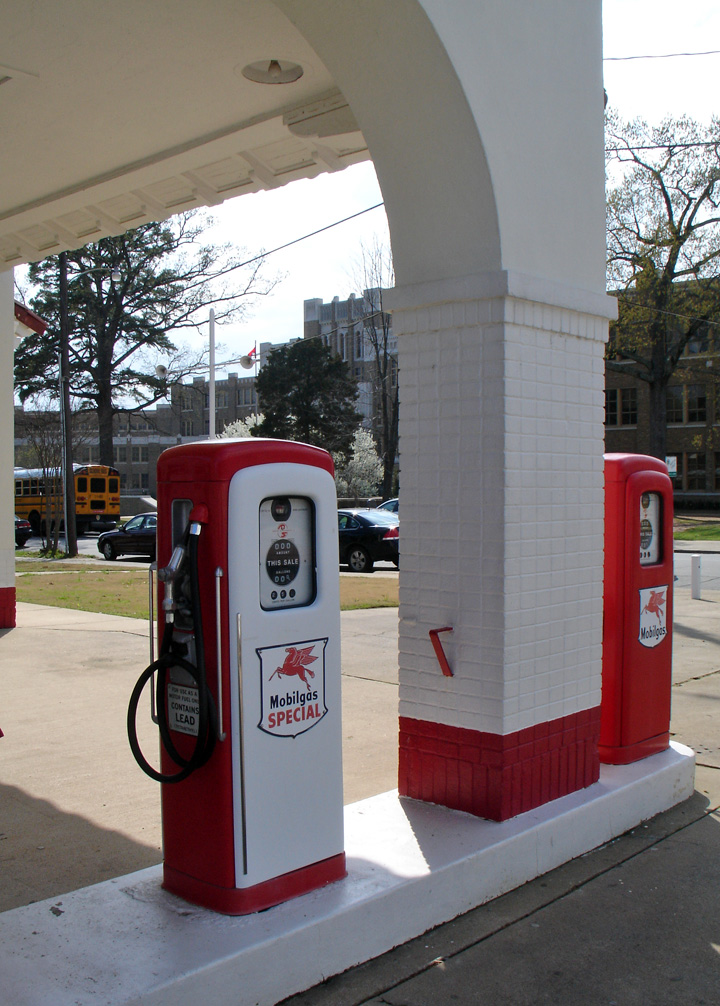 located across the street from Central High 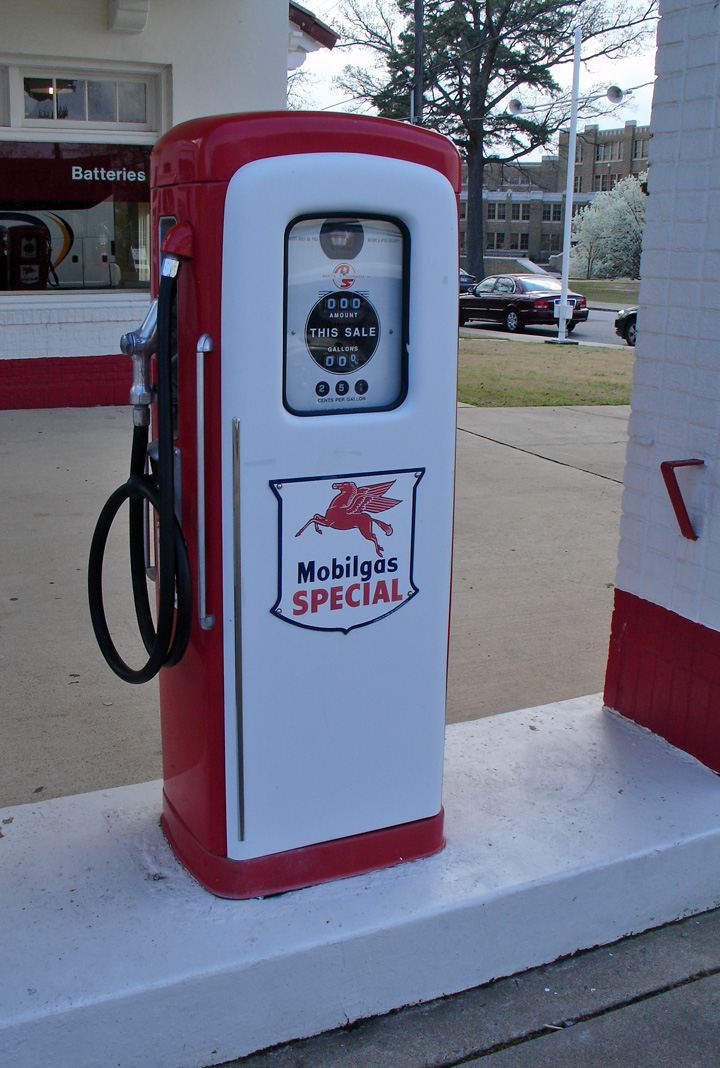