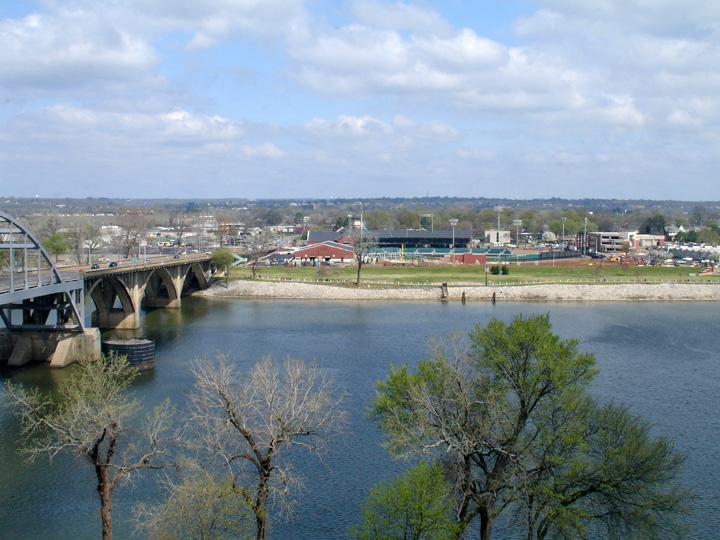 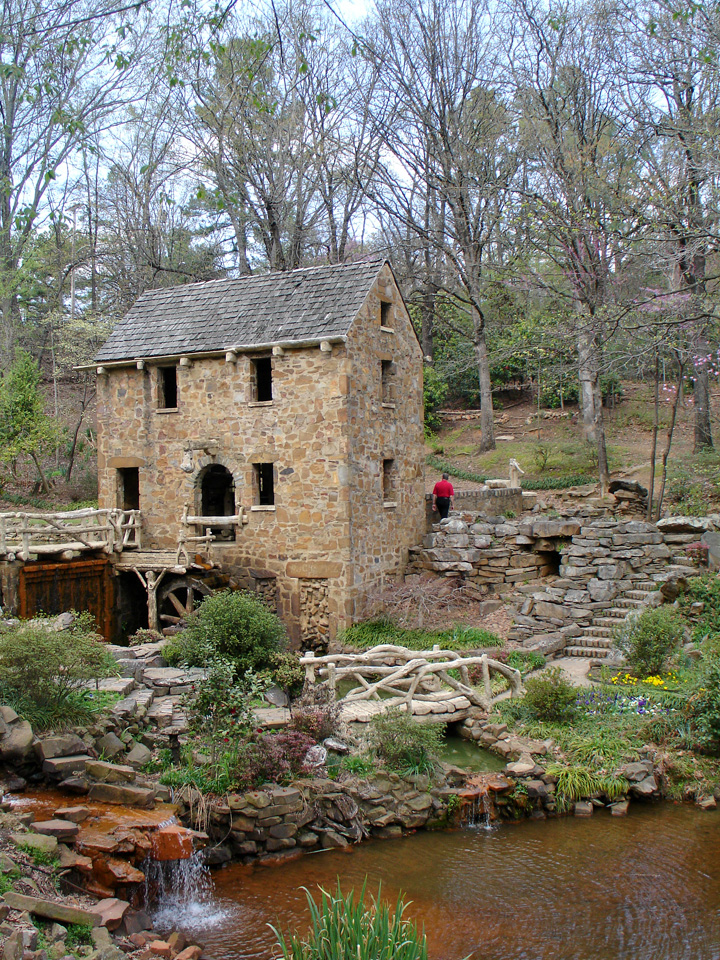 This is The Old Mill in North Little Rock, officially known as "Pugh's Mill Park." It's not an actual old mill, but a life-sized sculpture by Dionysio Rodrigues, built and landscaped in 1933 as a replica of the real Pugh's Mill which actually milled actual grain a century earlier. It's a really beautiful garden spot, a popular place for locals to get wedding pictures taken. 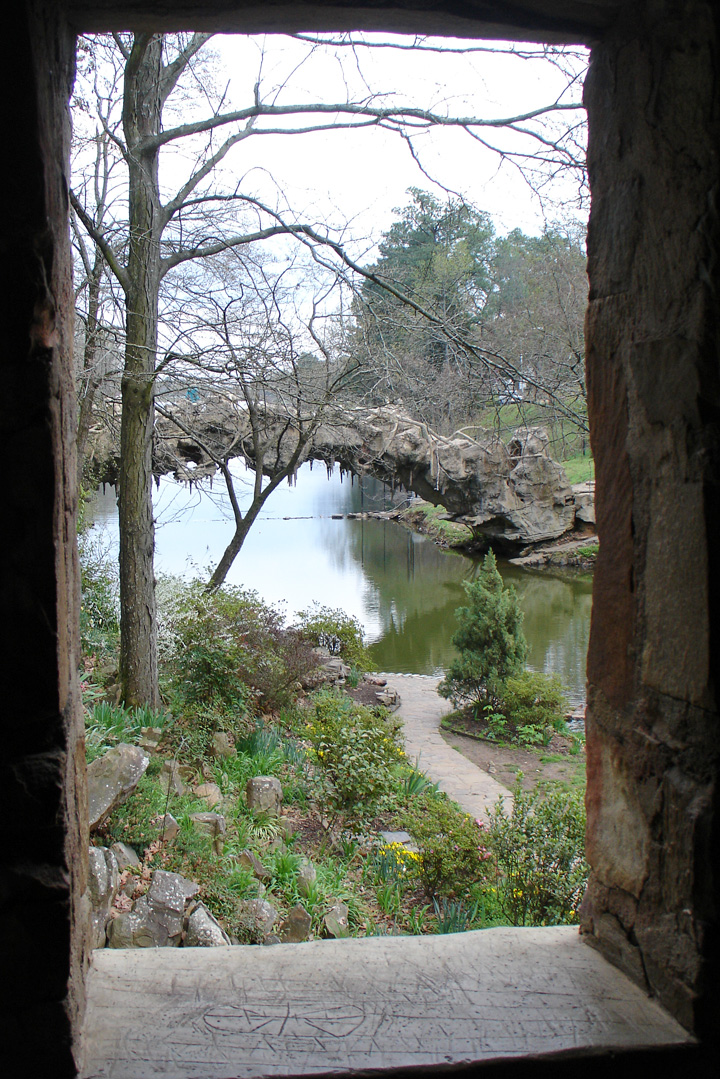 view from the mill 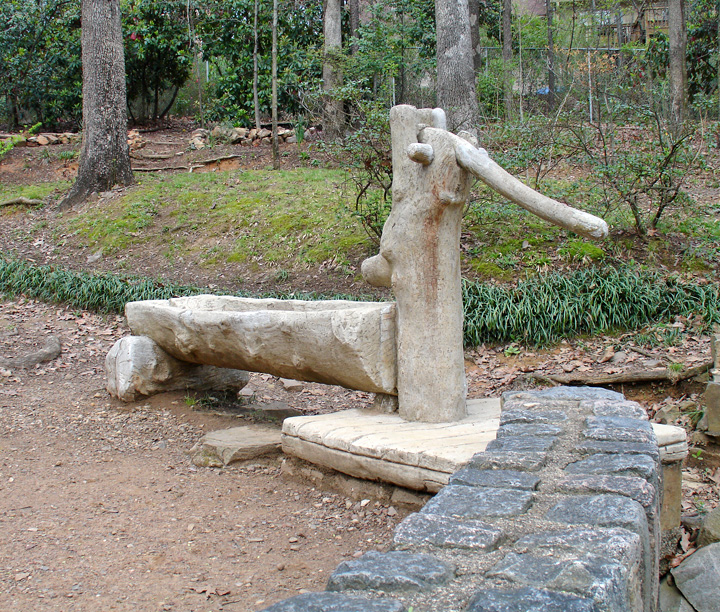 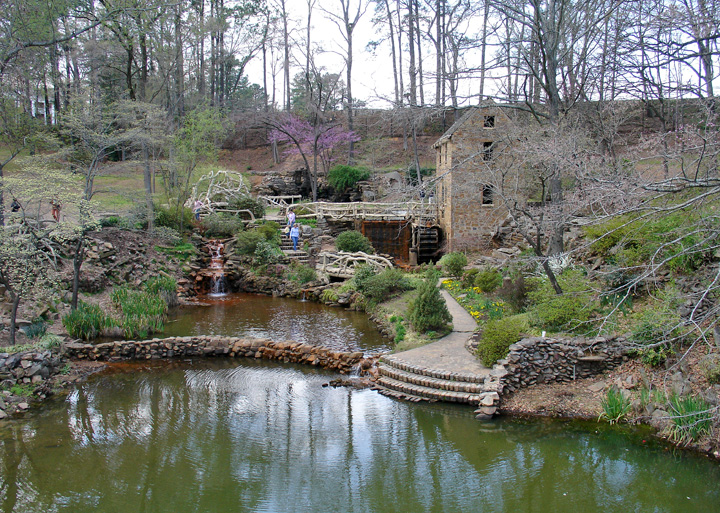 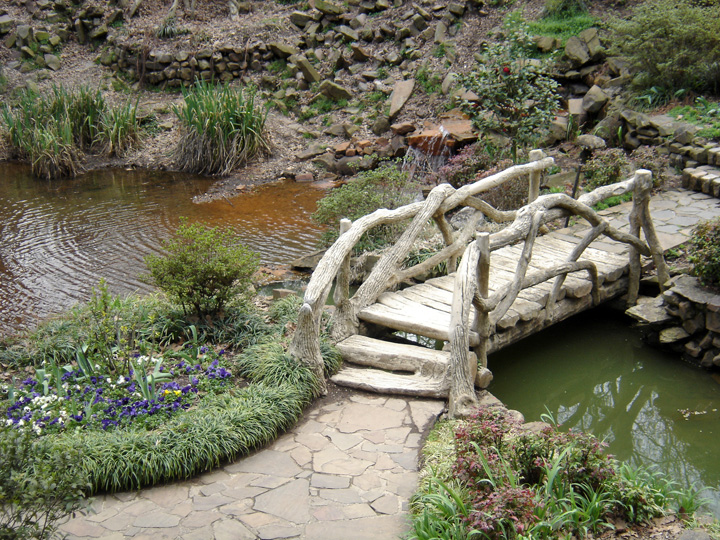 Of historical interest at the old mill are some 19th century millstones and a couple of mile marker stones from a road near Dardanelle. These stones were set in place by an army engineer named Jefferson Davis, who later became the president of the Confederacy. The stones were used to mark the way for native tribes being relocated to western lands, thus marking two miles worth of the "Trail of Tears."

Text from the Arkansas Traveler 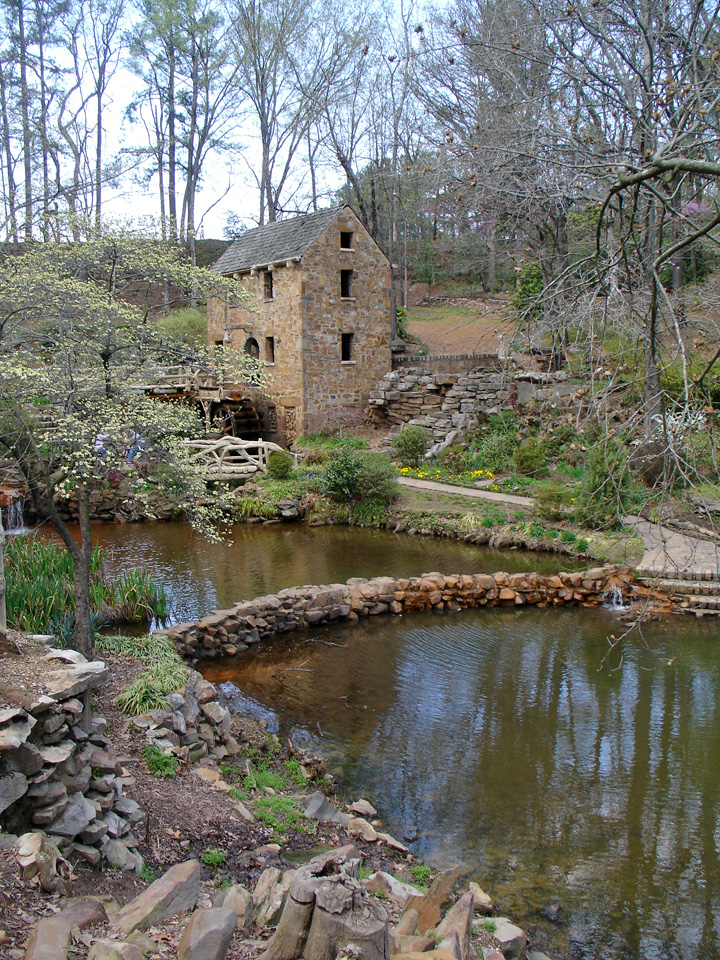 The Old Mill appeared in "Gone With the Wind."
onscreen less than five seconds, but there it is!