The city grew around a fort established in 1817 to keep peace between the Cherokee and Osage peoples. It is named for General Thomas A. Smith, commanding officer of the force that built the fort. The city was incorporated in 1851. A new fort (now a National Historic Site) built nearby in 1838 was vacated by the army in 1871. In 1875 the fort became a federal court, distinguished by the decisions of Judge Isaac C. Parker, who dealt sternly with lawlessness in the area.

Federal Court for the Indian Territory (1875)

was appointed by President U. S. Grant

and often known as the hanging judge

and the uniforms
(Confederate artillery uniform on top)

Another important building in Fort Smith was

located between the railroad and the river did a thriving business 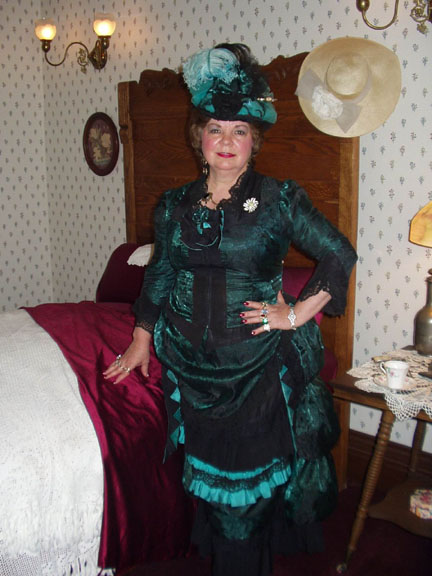 stain glass window on the stairway to "paradise"

model of an entertainer

typical bedroom of one of the nine girls