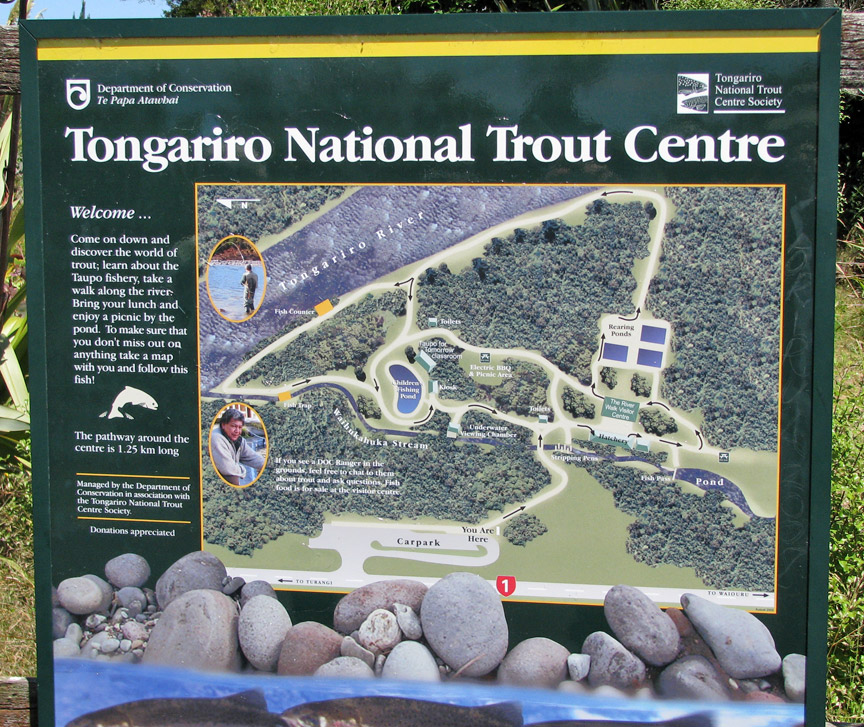 The role of the Tongariro National Trout Centre Society (Inc) is to promote and foster public interest and understanding of the Taupo trout fishery, other freshwater fisheries and freshwater ecology. They achieve this through development of the Tongariro National Trout Centre site, just south of Turangi and wider promotion and education programmes. 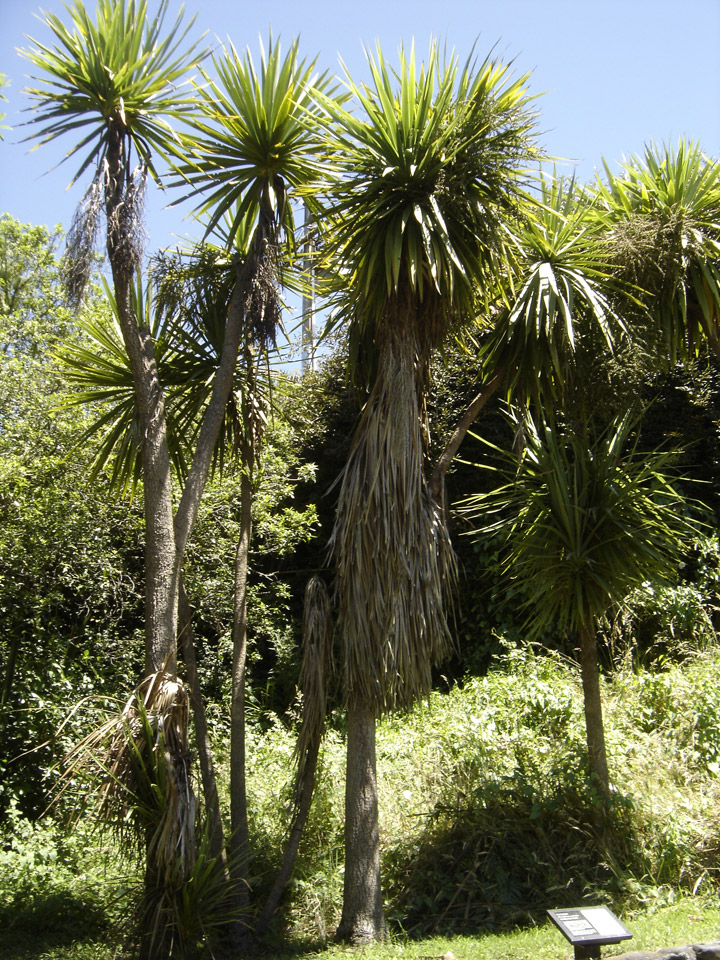 along the walk to the centre

In 2001, the Society purchased the Department of Conservation’s obsolete workshop within the Tongariro National Trout Centre and raised over $500,000 to develop it into an visitor centre, complete with an auditorium and display area. 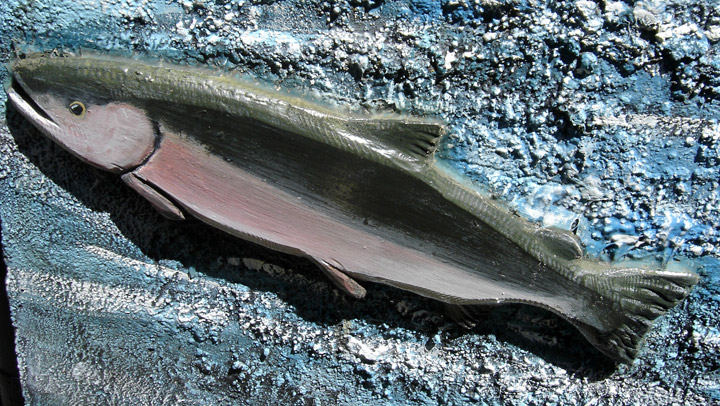 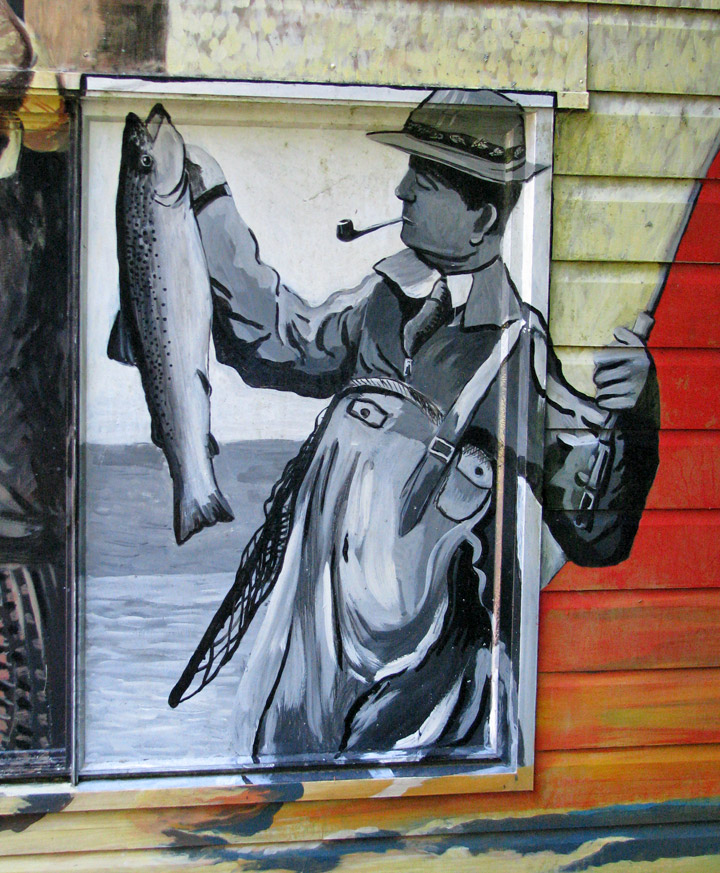 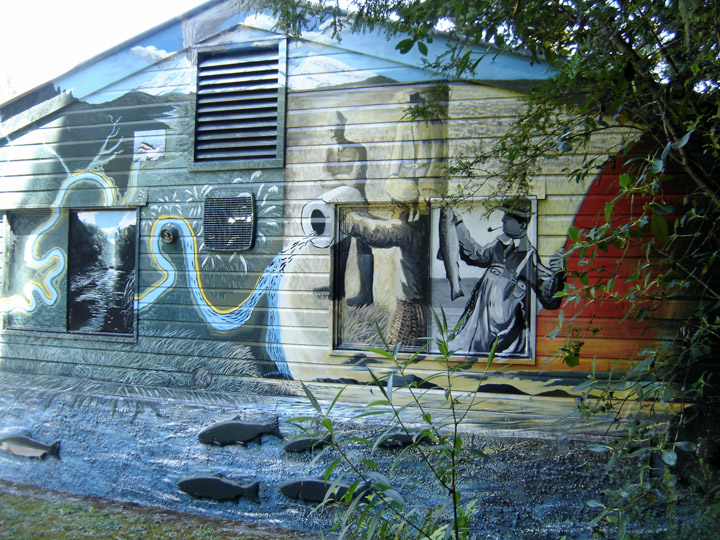 The visitor centre is now complete and was officially opened to the public by the Prime Minister in August of 2003. Called “The River Walk”, the building fits with the natural beauty of the river and bush surrounds, with landscaping of natural stone used throughout. A very impressive historical display of the trout fishery is inside, along with a replica 1930’s fly-tier’s cabin and several interactive displays explaining the life cycle of trout and the work the Department of Conservation does to manage the Taupo fishery. 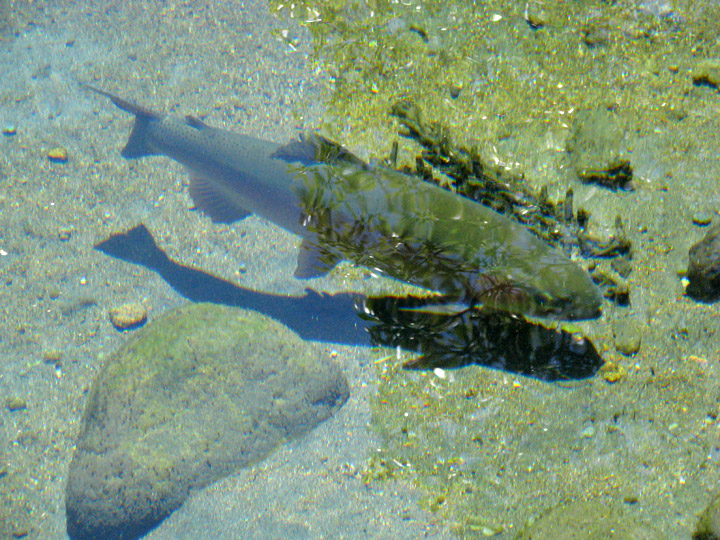 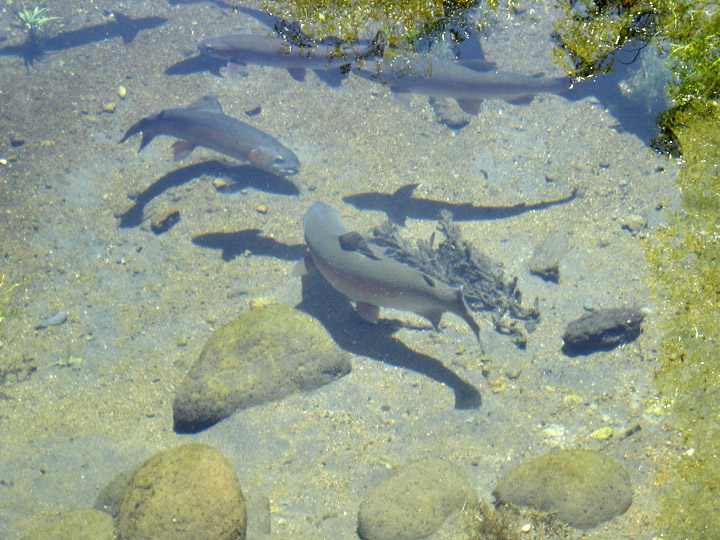 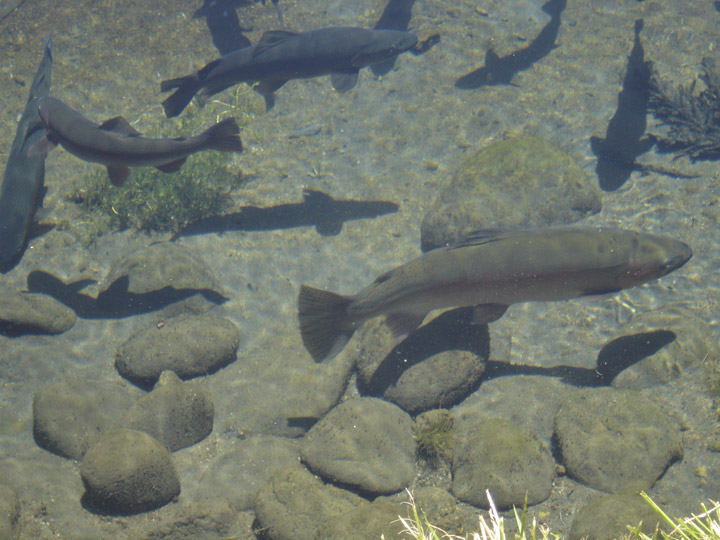 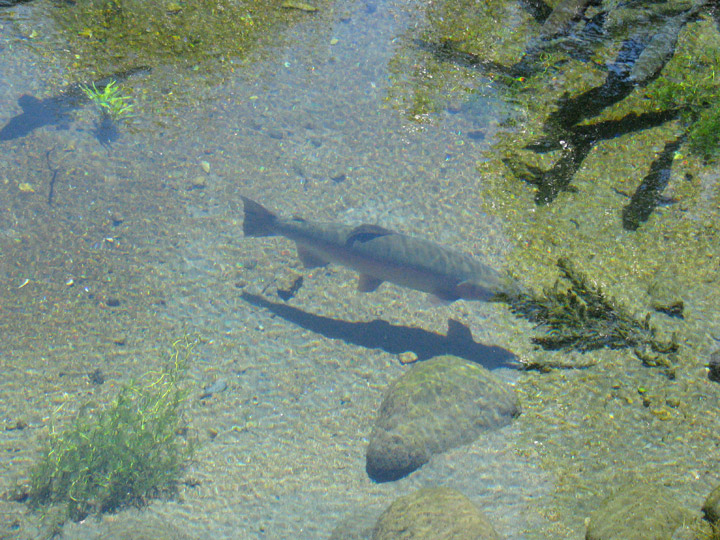 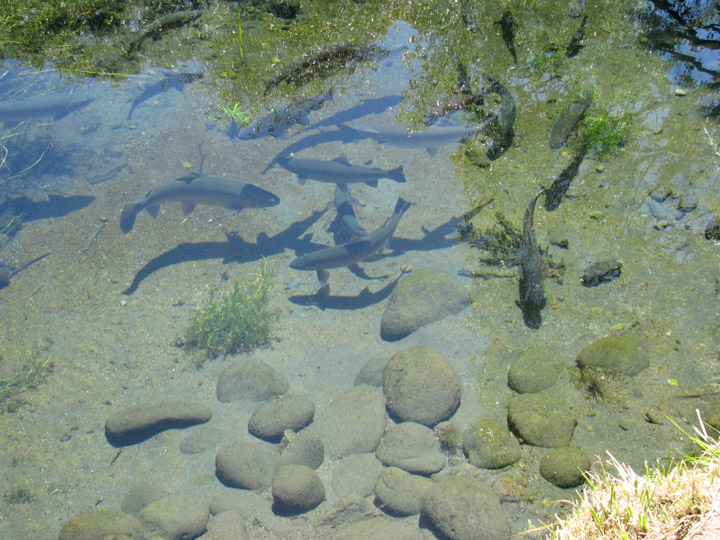 Most folks are aware of the public children's fishing days held at the centre in which children (aged 6 - 14) are taught to cast a fly-rod and catch a trout, which is weighed and measured with a certificate issued. Children’s fishing days are held regularly throughout the year over the winter period from April to October. 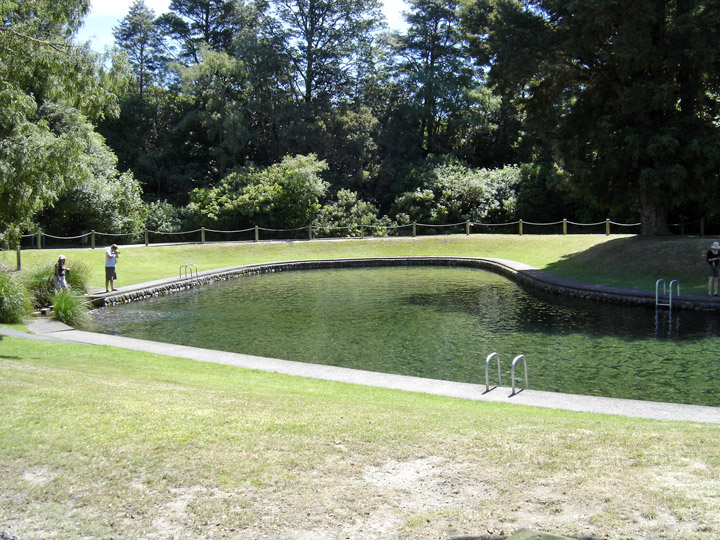 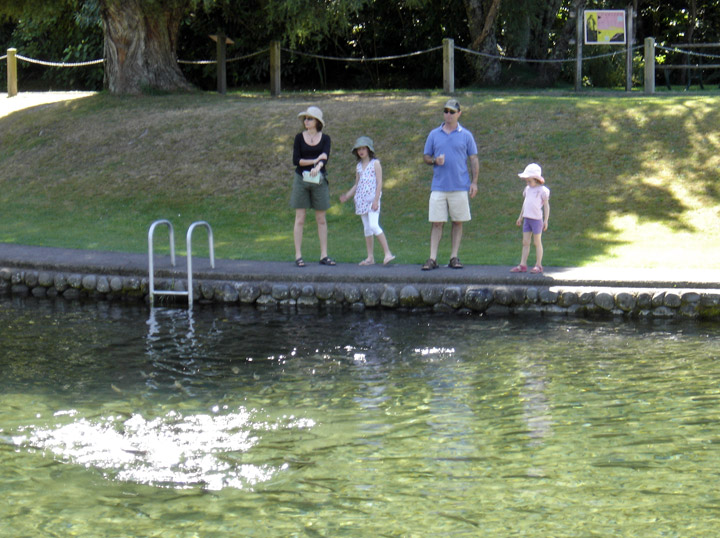 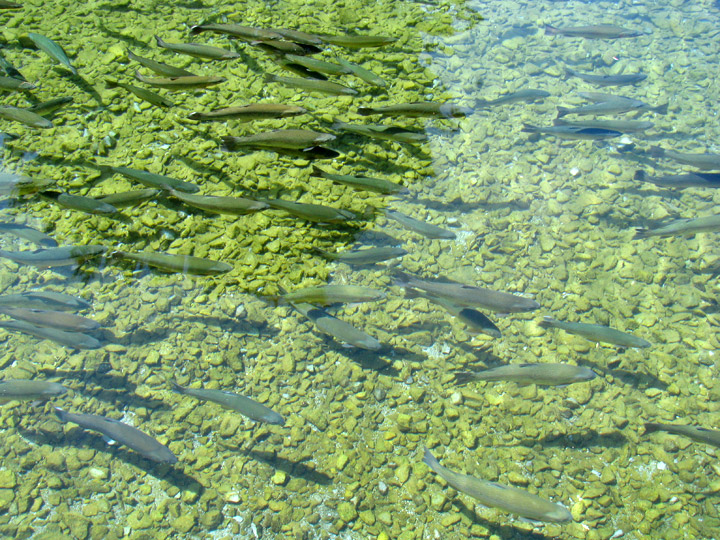 the fish in the children's fishing pool 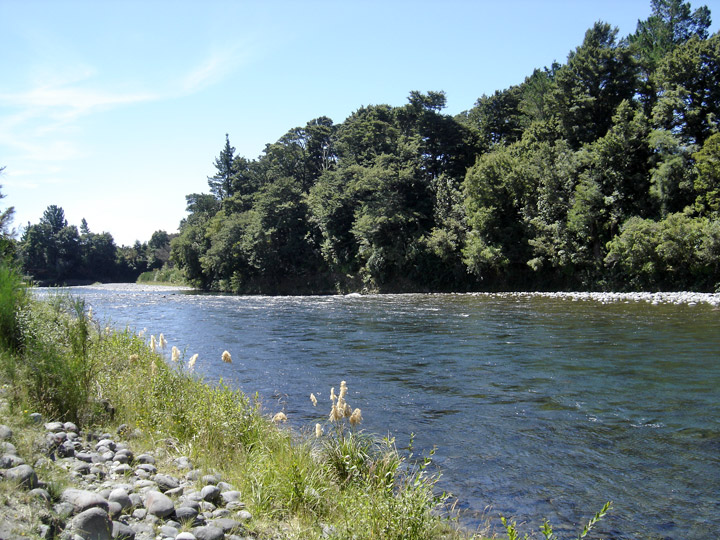 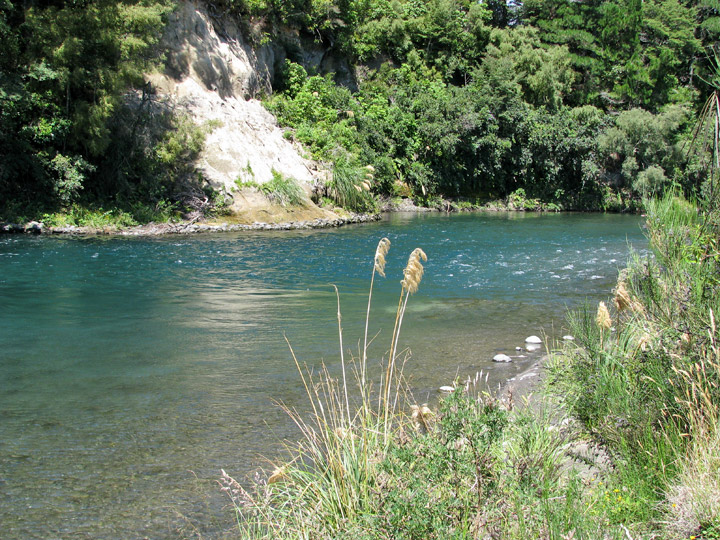 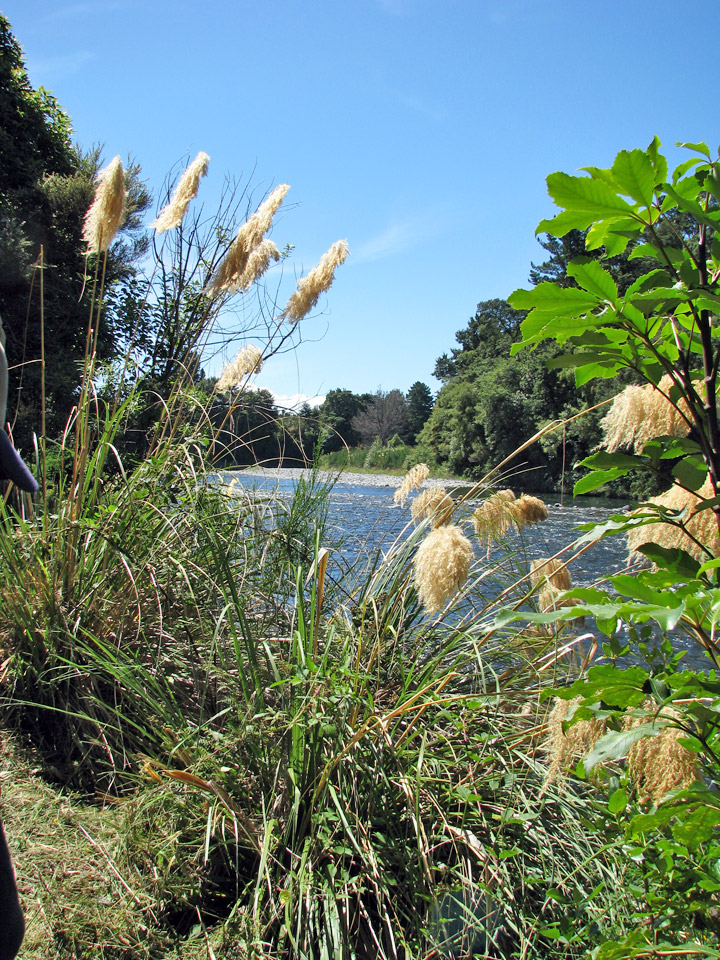 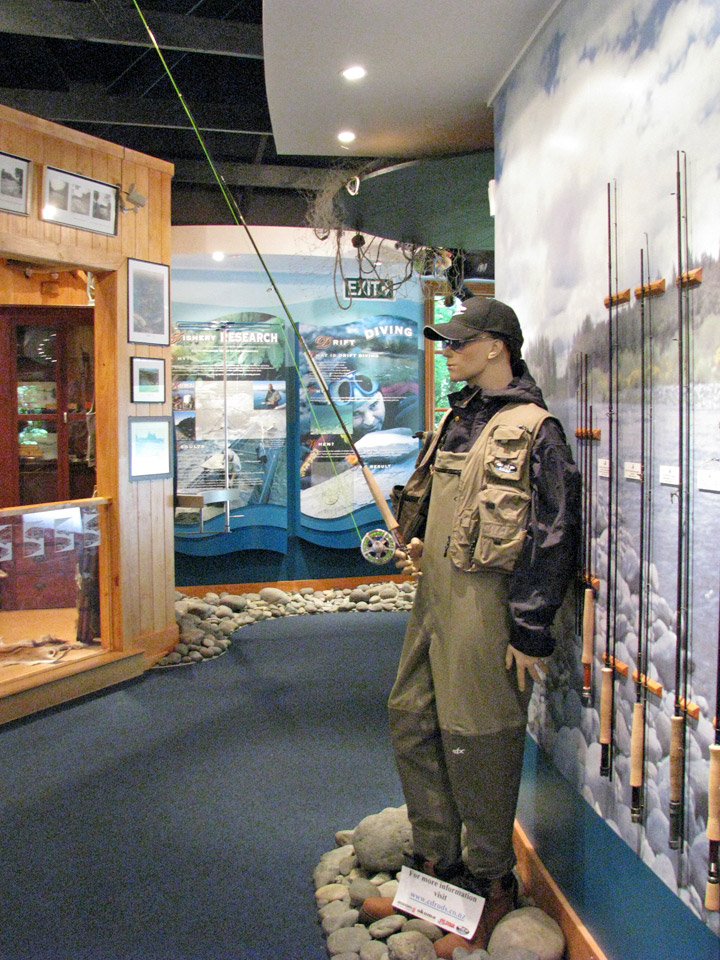 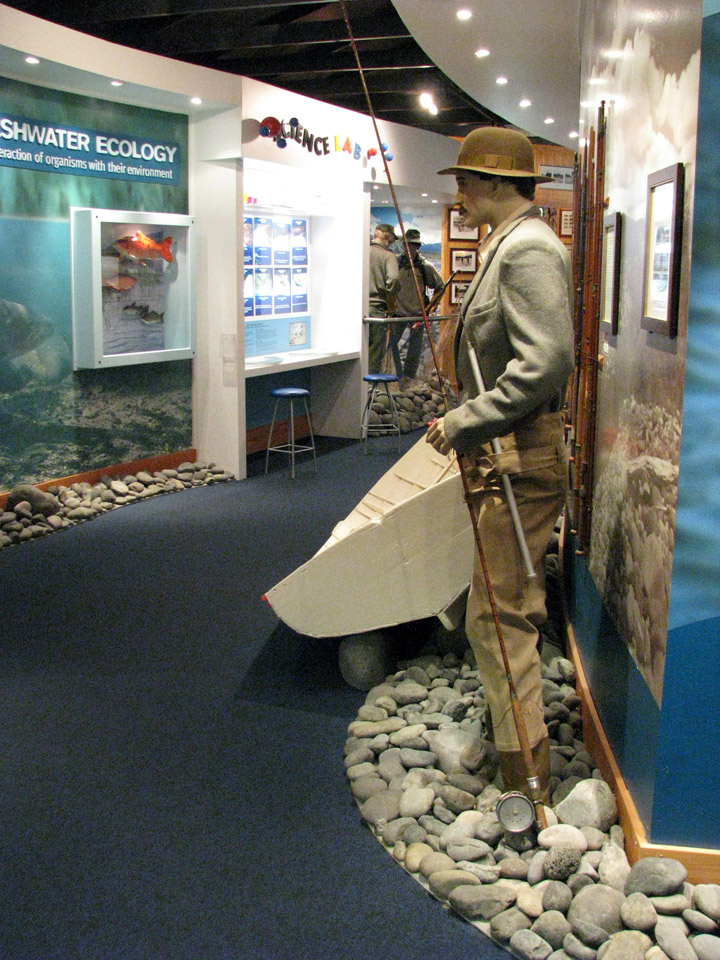 Raising the Trout for the Children's Fishing Pool 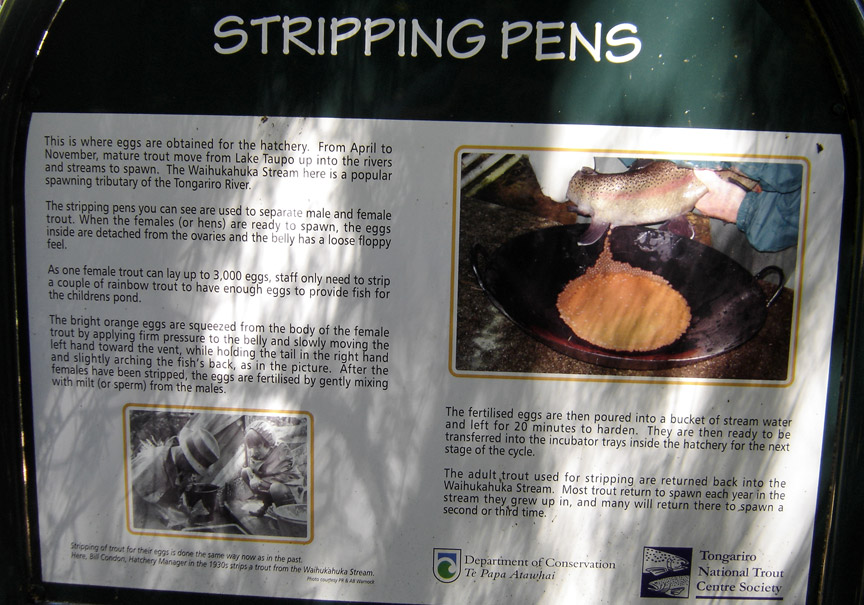 getting the eggs for the hatchery 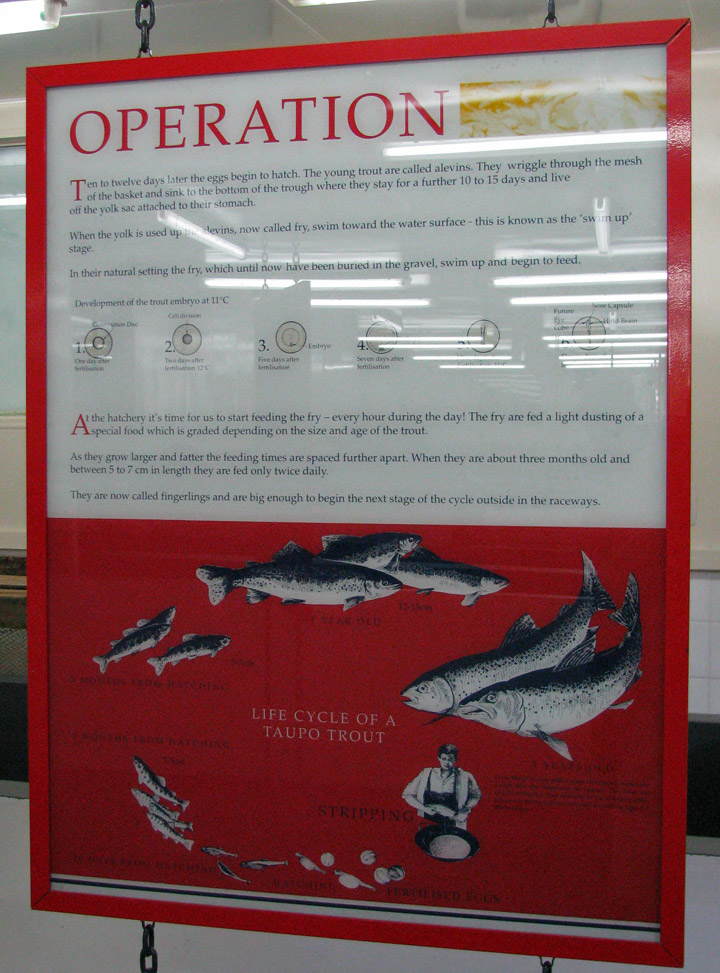 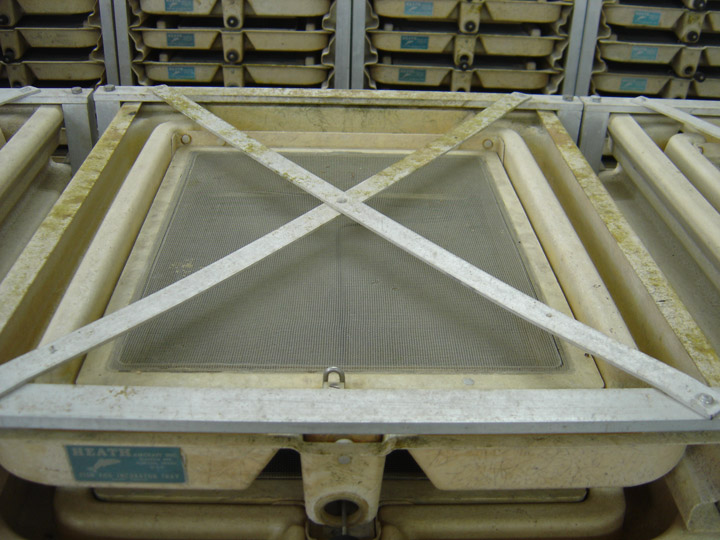 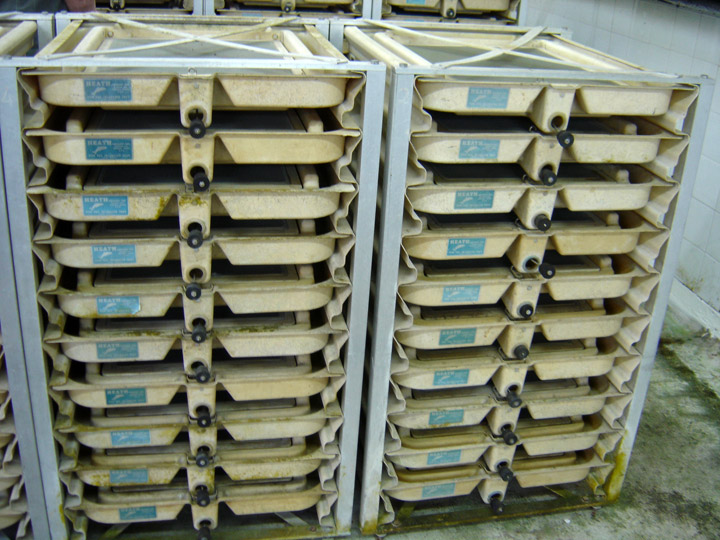 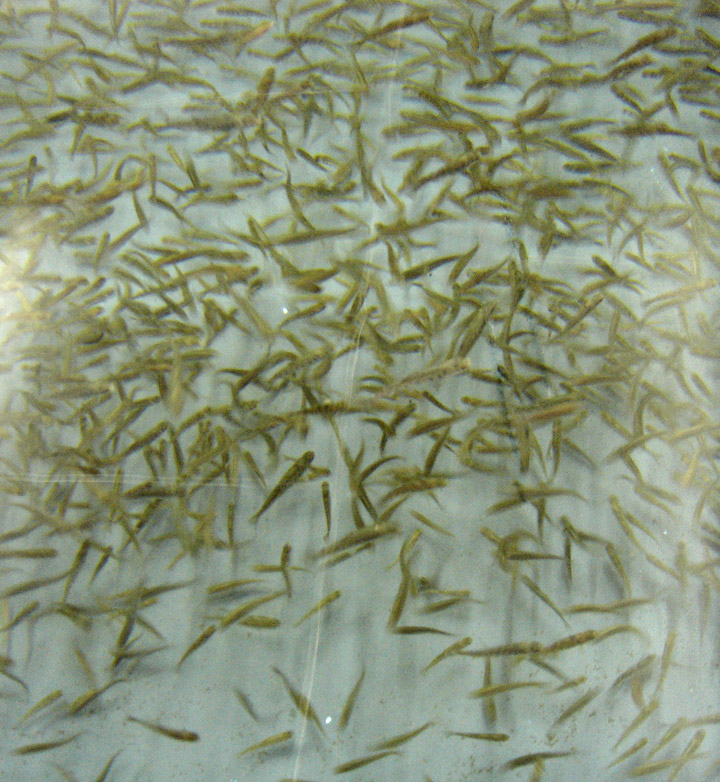 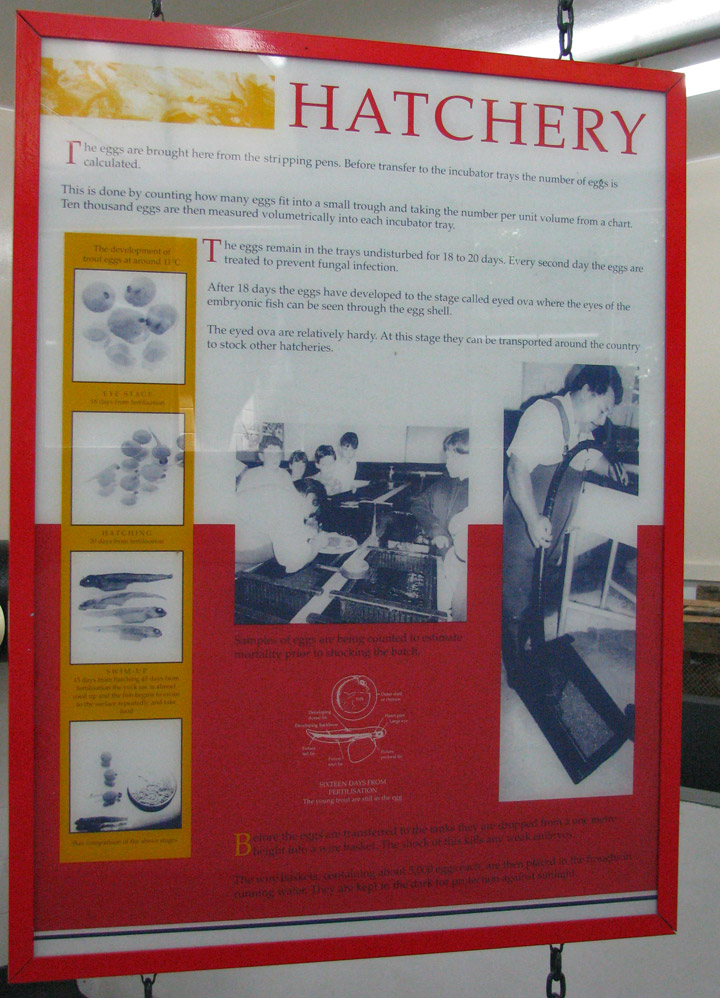 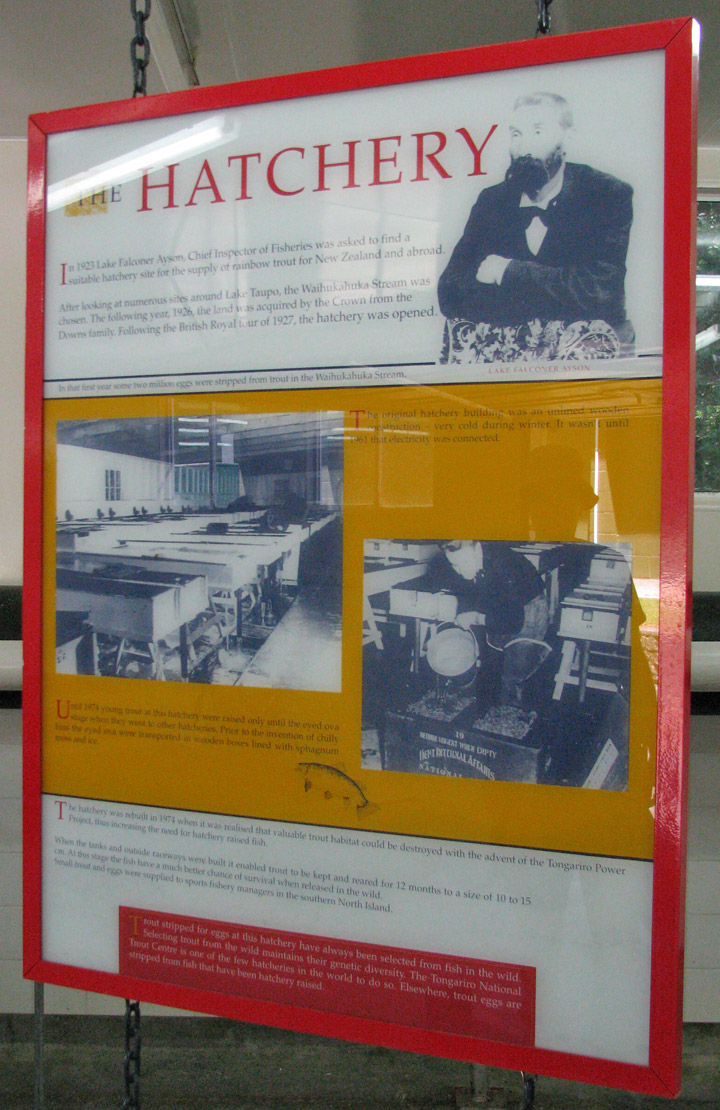 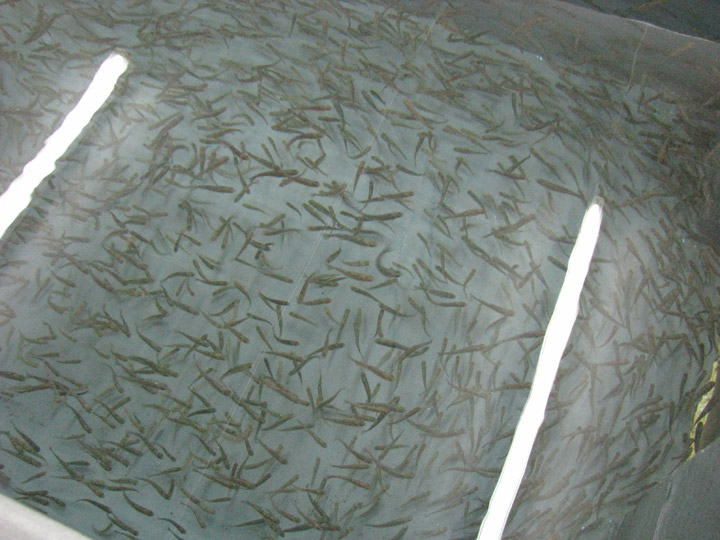 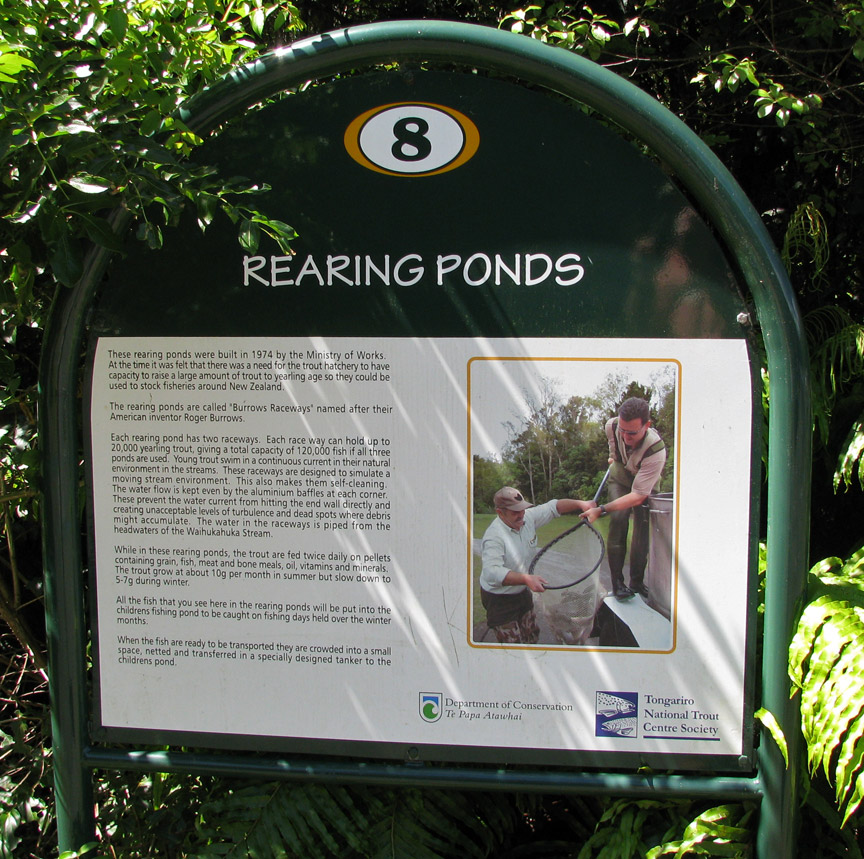 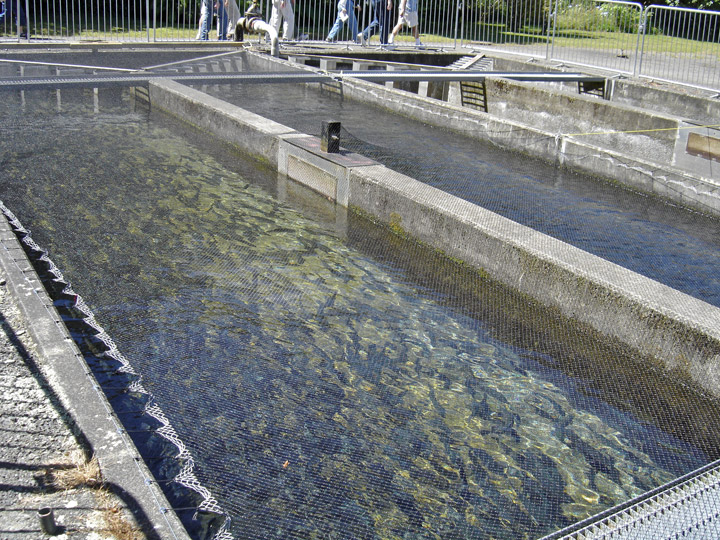 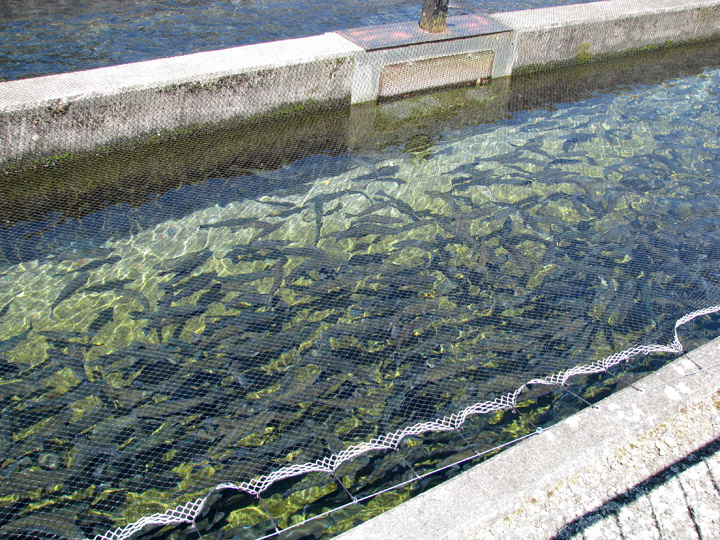 almost ready to transfer to the children's fishing pool