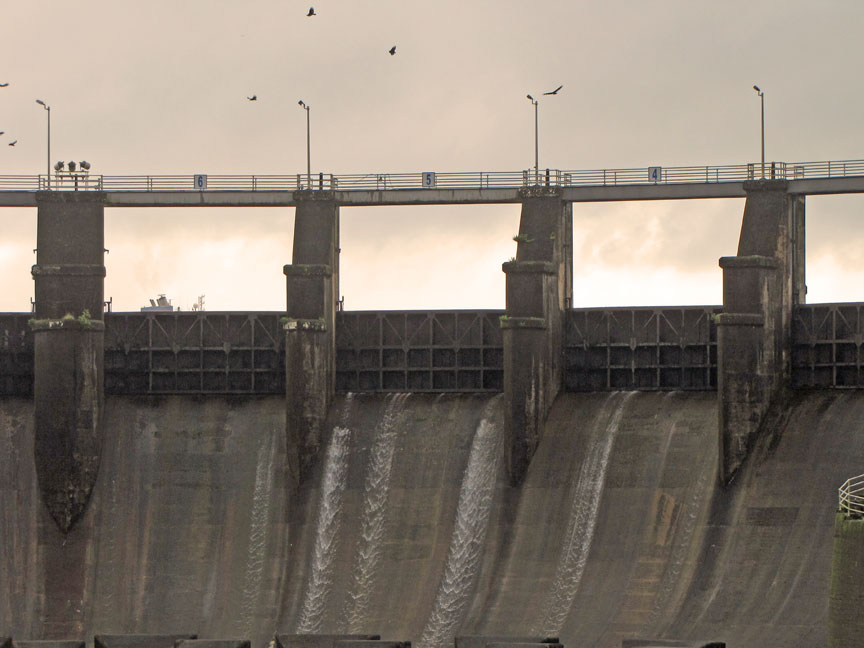 Gatun Lake (Sp. Lago Gatún) is a large artificial lake situated in the Republic of Panama; it forms a major part of the Panama Canal, carrying ships for 33 km (20 miles) of their transit across the Isthmus of Panama. 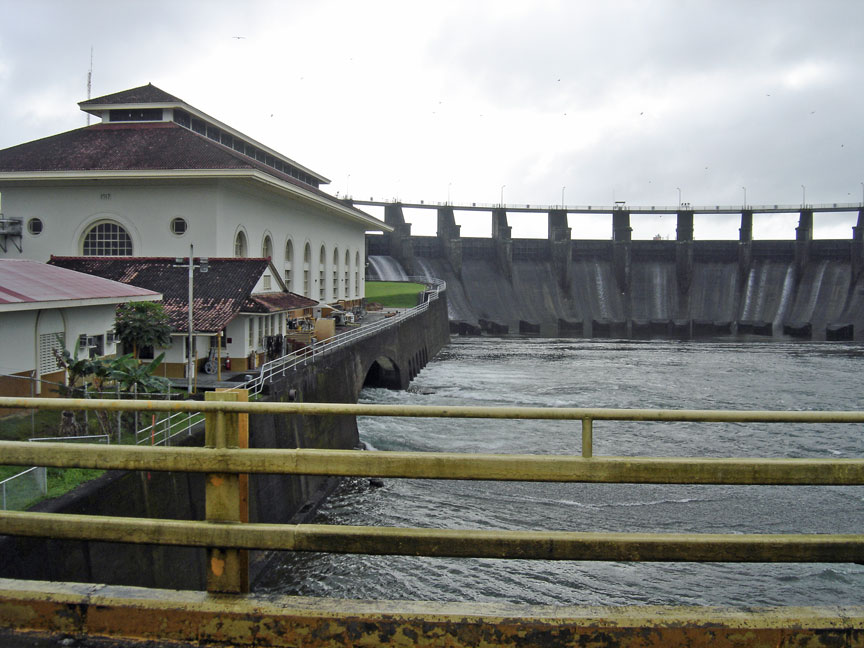 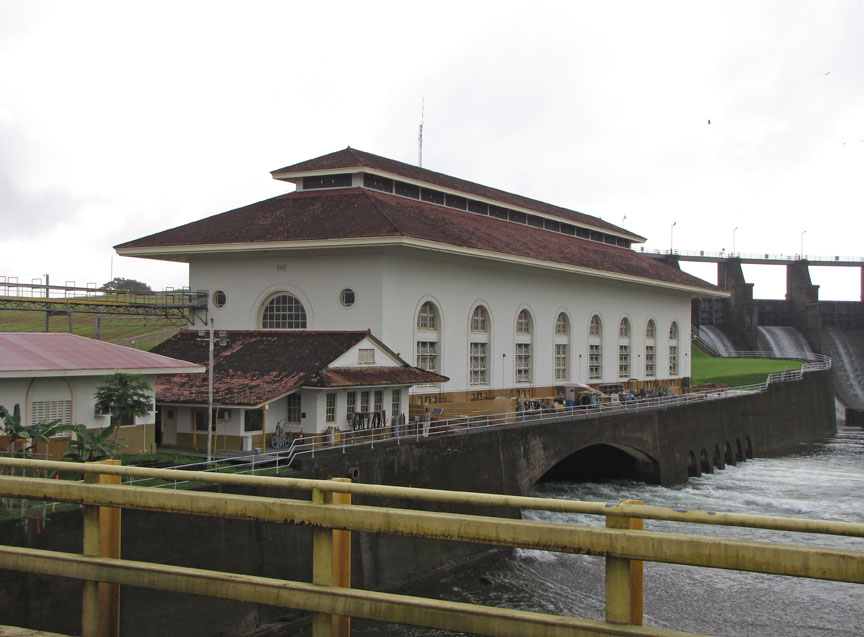 The lake is situated in the valley of the Chagres River and is a popular tourist destination. It was formed, and the river widened and deepened, by the construction of the Gatun Dam about 10 km (6 miles) from the river's mouth in the Caribbean Sea in 1907–1913.The geography of the area was ideal for the creation of a large lake here; the hills bordering the valley of the Chagres open up widely around the area of the lake, but come together to form a gap just over 2 km (1.4 miles) wide at the location of the dam. The damming of the river flooded the originally wooded valley; almost a century later, the stumps of old mahogany trees can still be seen rising from the water, and submerged snags form a hazard for any small vessels that wander off the marked channels. 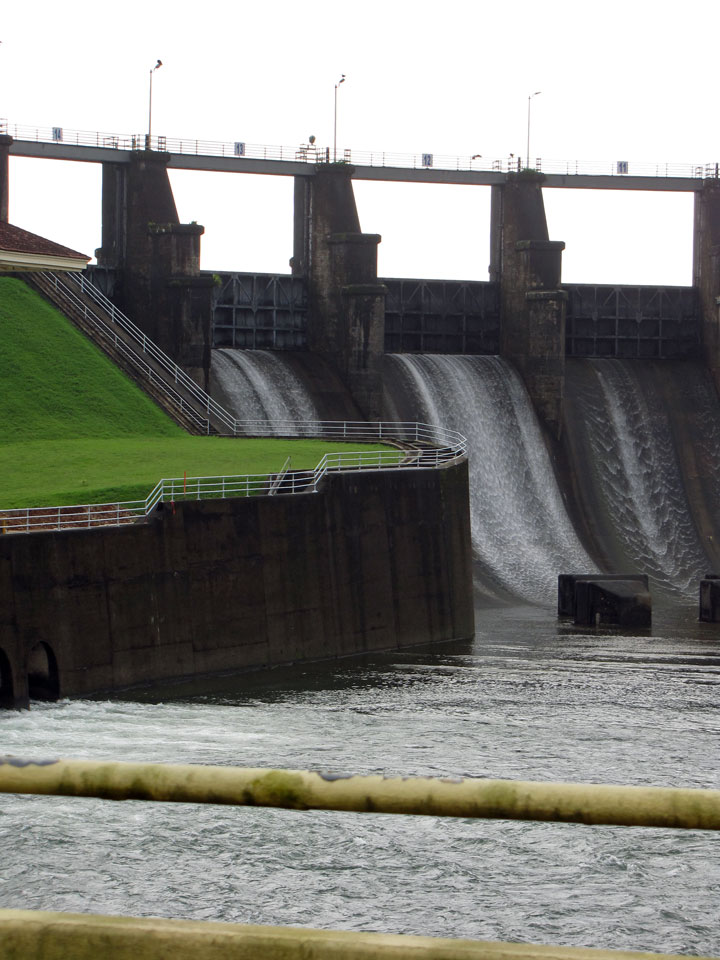 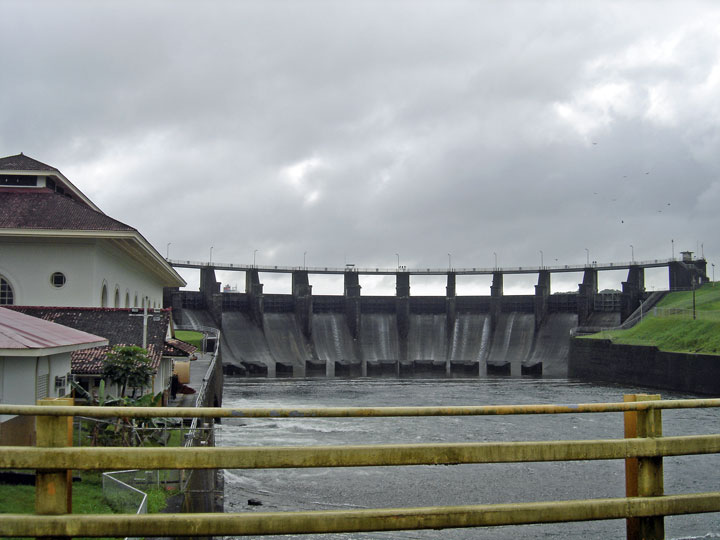 With the creation of the lake many hilltops became islands. The biggest and best known of them is Barro Colorado Island, home of the world famous Smithsonian Tropical Research Institute (STRI). 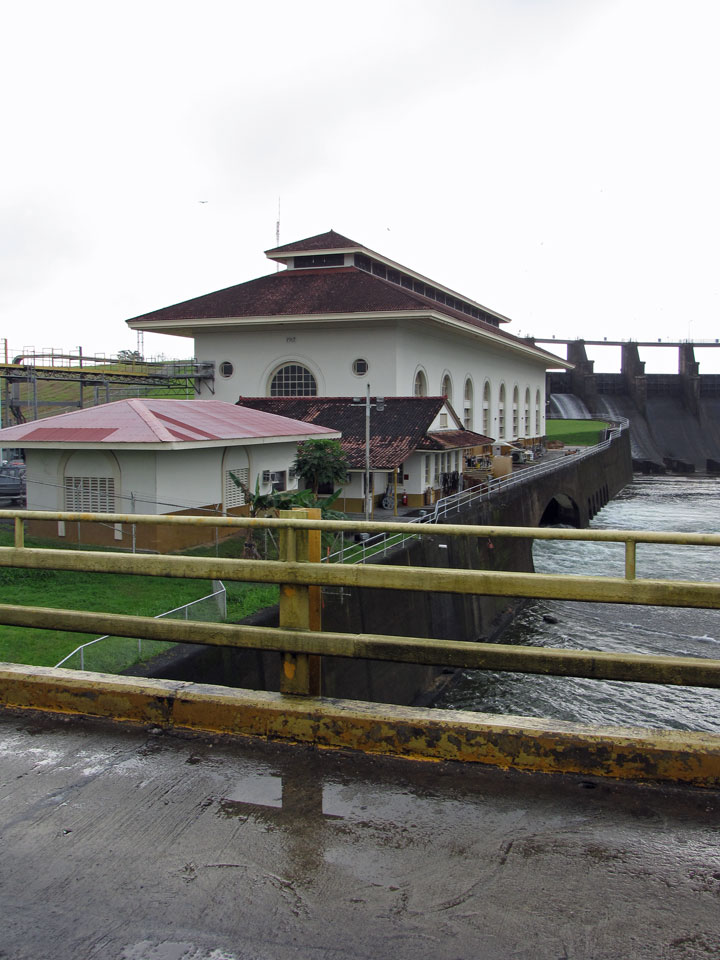 The lake has given its name to the Gatun structure, which may be an eroded impact crater. 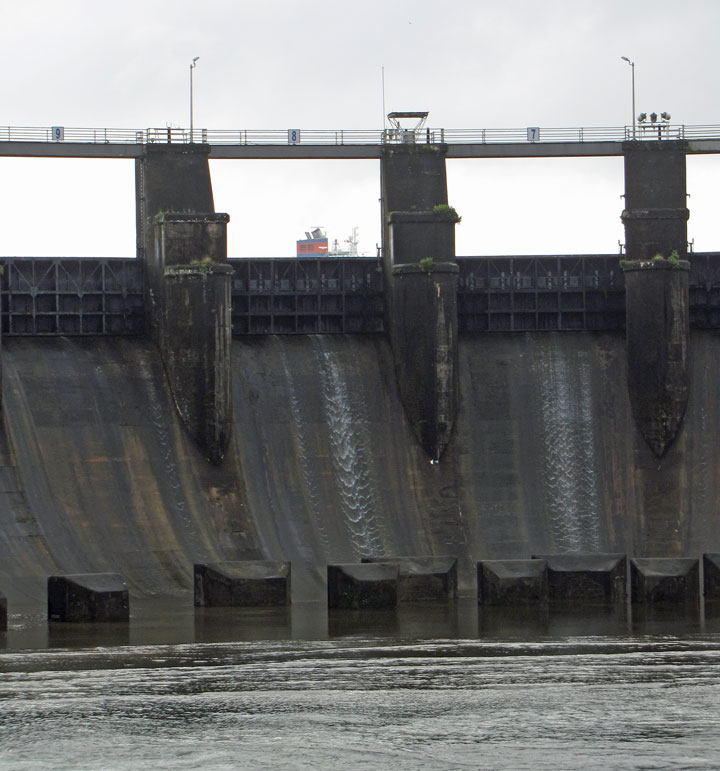 note the ship passing in the lake behind the dam

Southbound sailboats entering the Banana Cut on Lake Gatún have their sails set to get a boost from the trade winds. 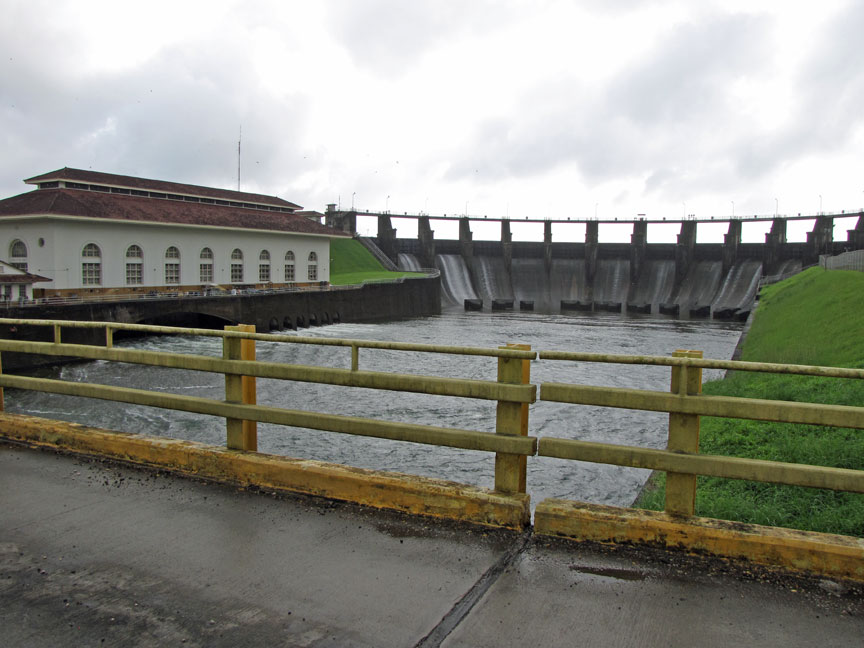 Gatun Lake forms a major component of the Panama Canal; the lake, including the flooded arm extending up the Chagres River, makes up 32.7 km (20.3 miles) of the raised part of the waterway, the other part being the 12.6 km (7.8 miles) Gaillard Cut. 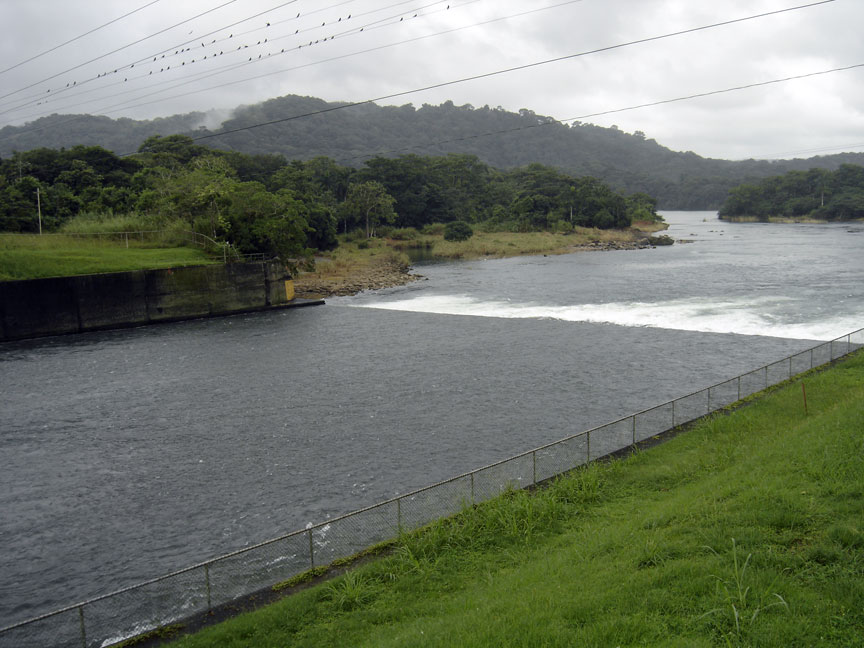 The canal follows a clearly marked route around the lake's islands, following the deeper water south from Gatun Locks, and then east. A small "shortcut" channel, the "Banana Cut", runs between the islands, providing a slightly shorter route through the lake; this is used by canal launches and yachts to cut a little time off the crossing, and to avoid the heavy ship traffic. 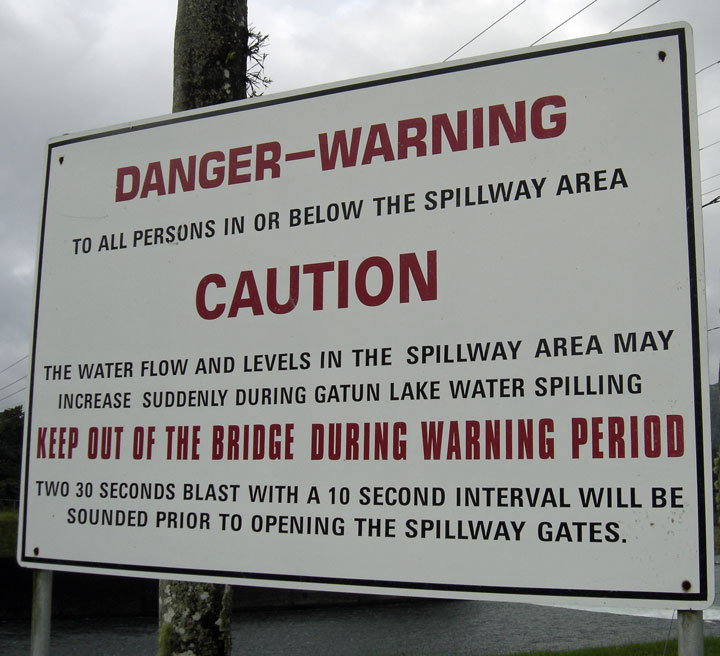 The lake is also important as a reservoir of water for the operation of the canal locks. Each time a ship transits the canal, 202,000 m³ (53 million U.S. gallons) of water is passed from the lake into the sea; with over 14,000 vessel transits per year, this represents a very large demand for water. Since rainfall is seasonal in Panama, the lake acts as a water store, allowing the canal to continue operation through the dry season.

the bridge over the spillway

A major factor in water regulation is the ability of the rainforest in the lake's watershed to absorb rainfall, releasing it gradually into the lake. However, significant deforestation of the watershed has cleared away much of the vegetation, and reduced the area's water capacity. This has resulted in falling water levels in the lake during the dry season. Coupled with the massive increase in canal traffic since its opening, and the resultant increase in water usage, this is an ongoing problem for the canal.

On the Islands of Lake Gatun 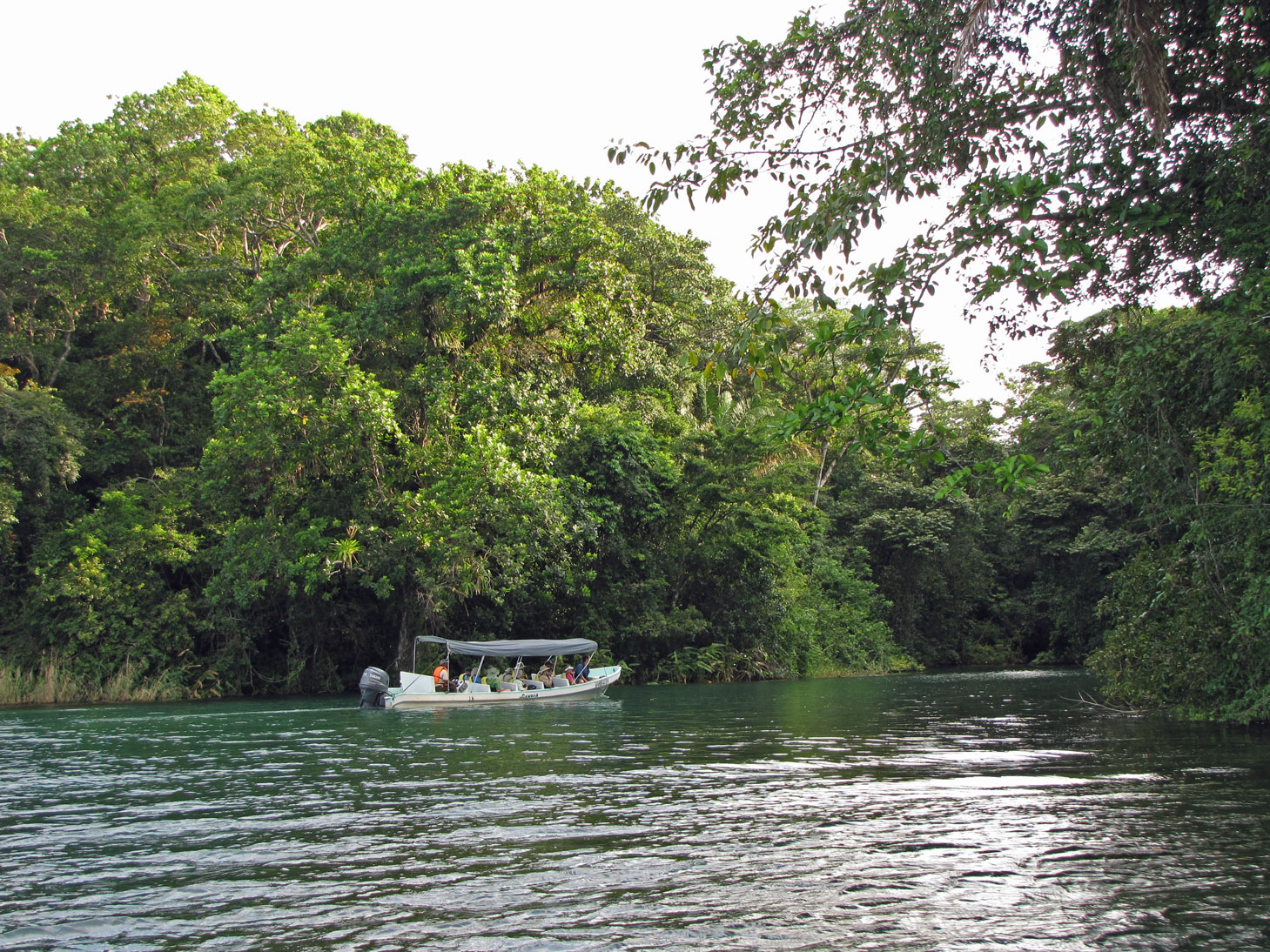 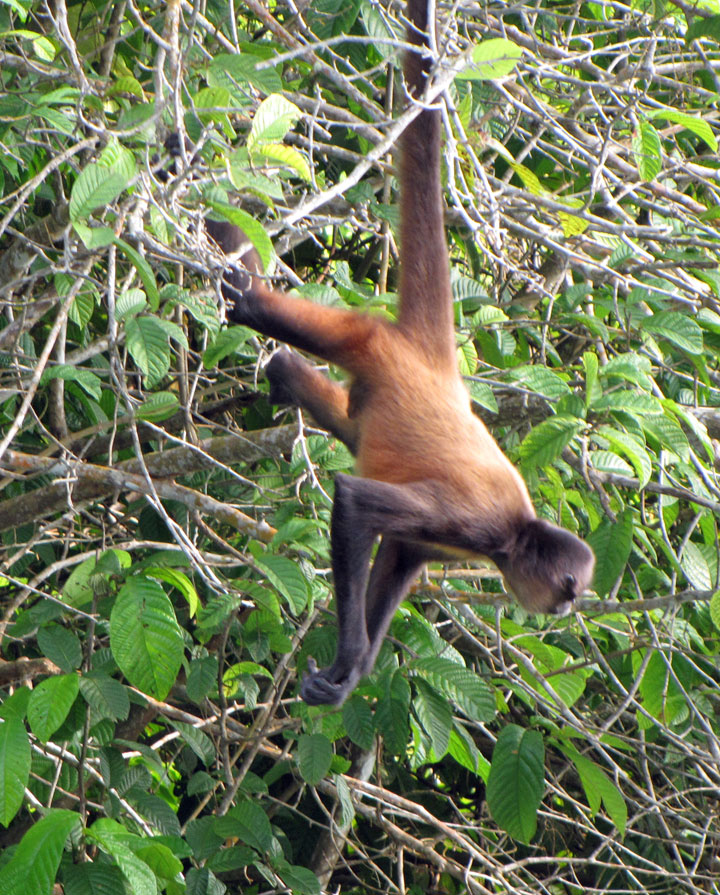 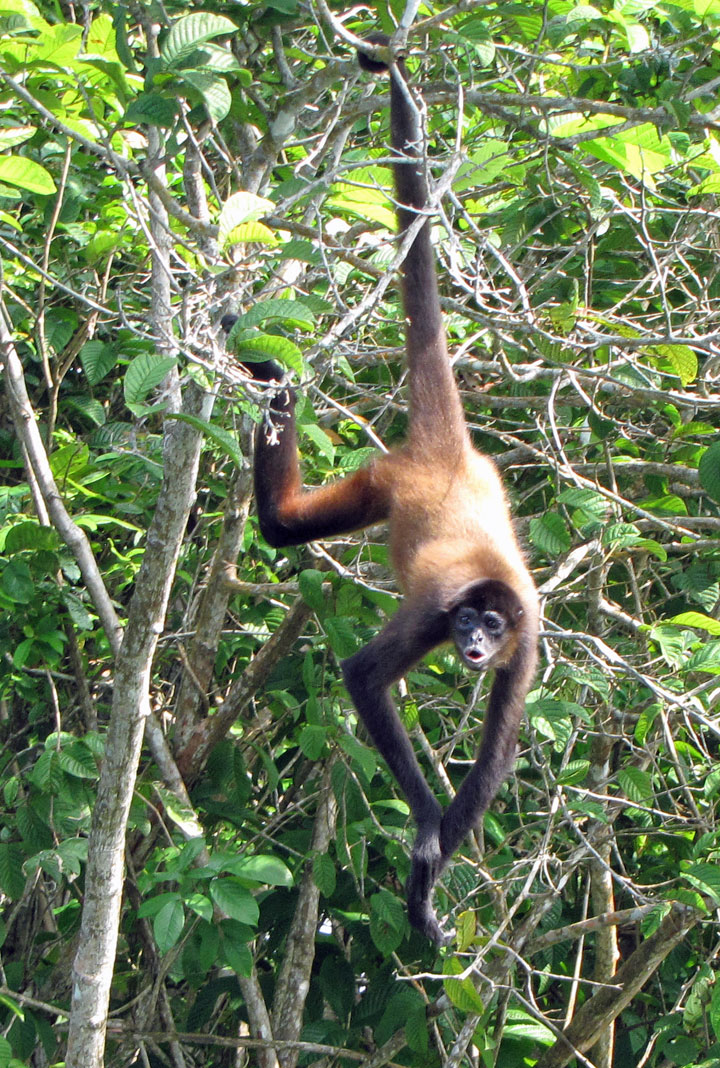 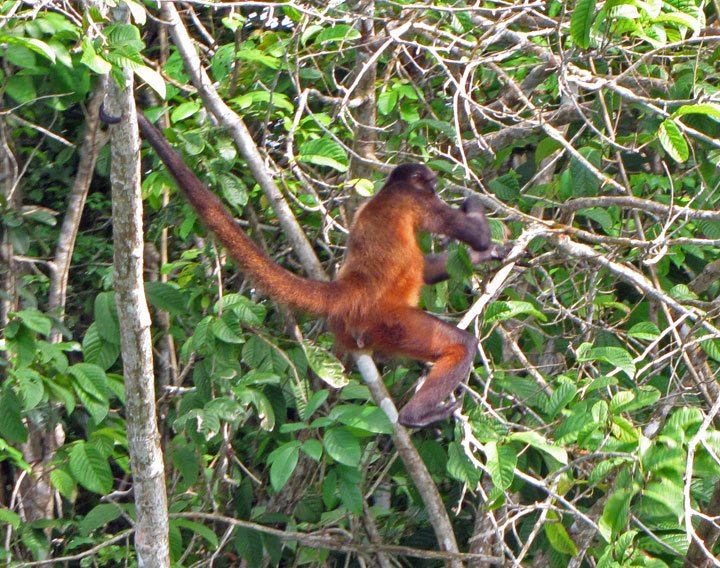 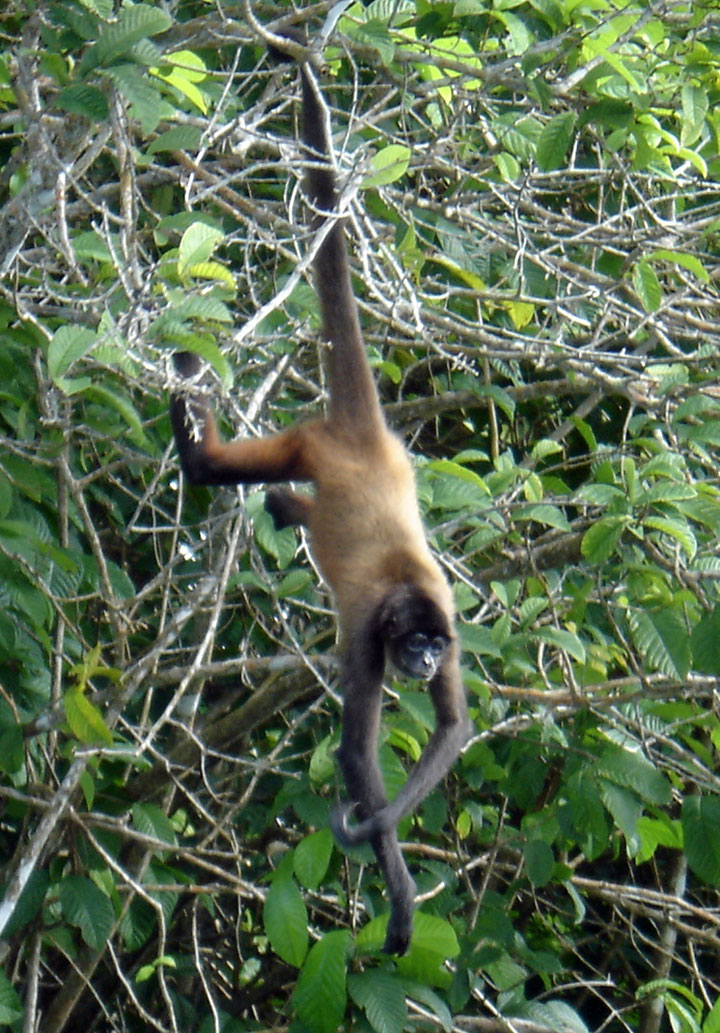 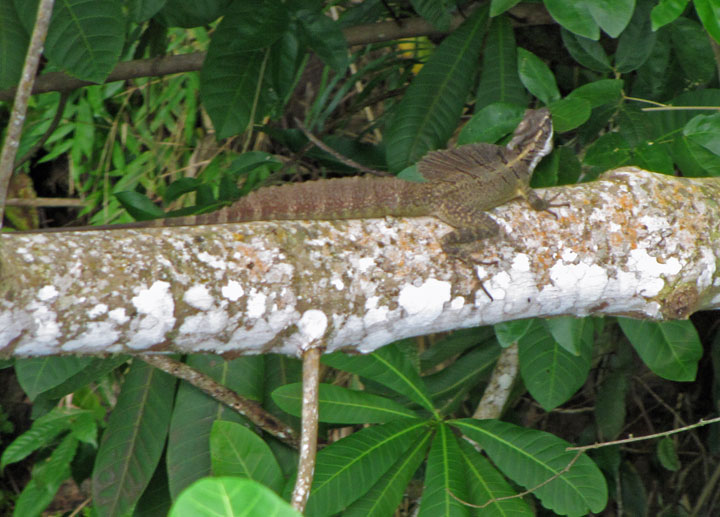 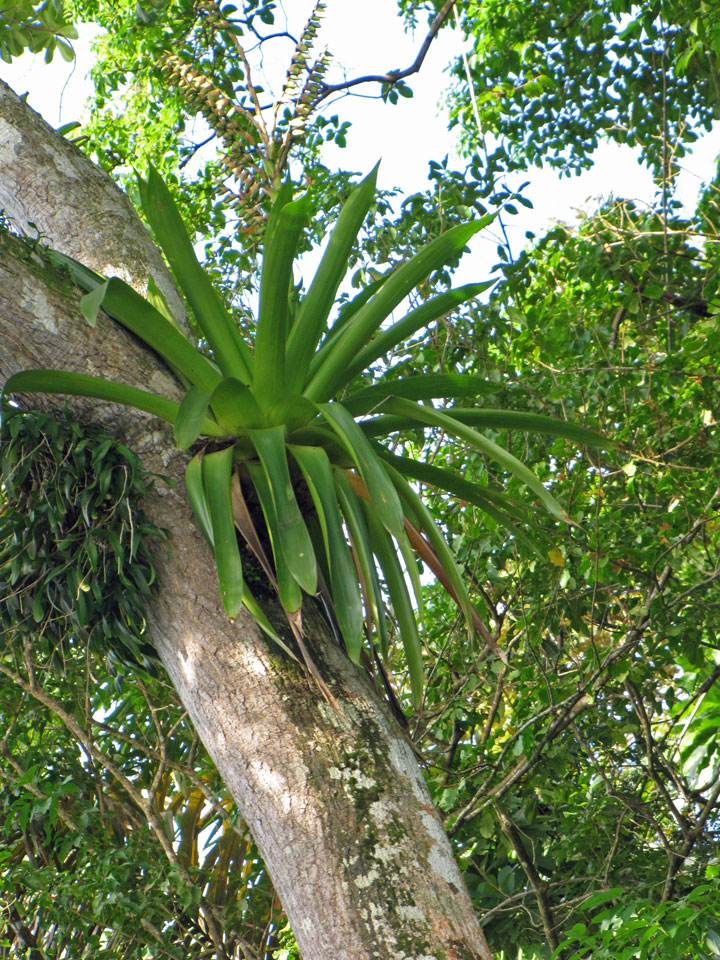 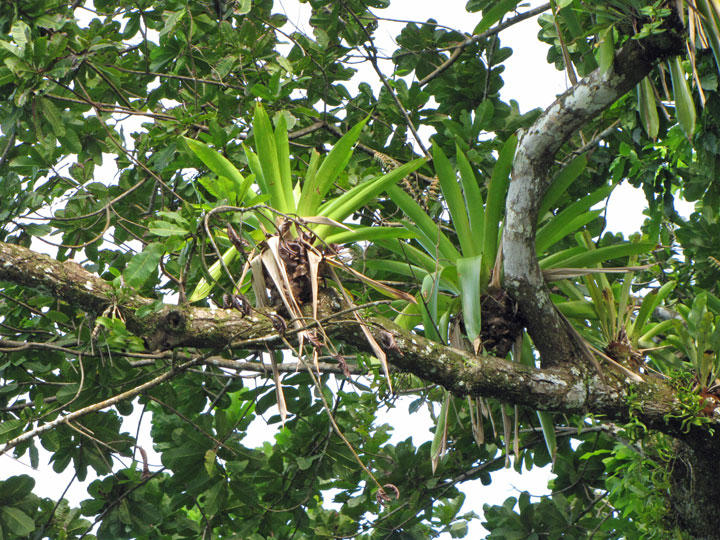 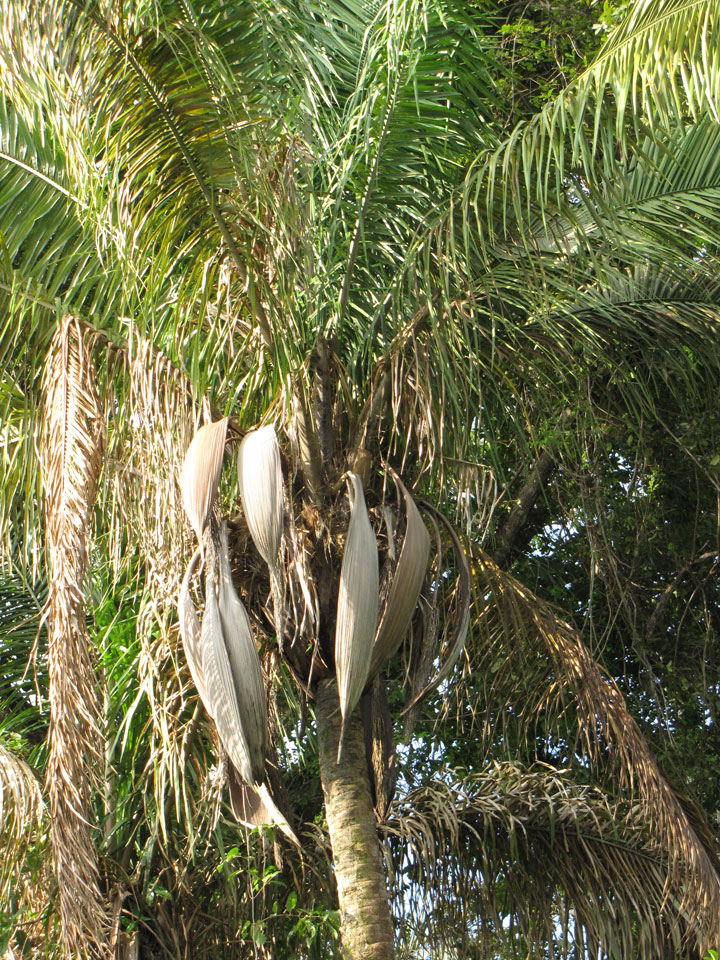 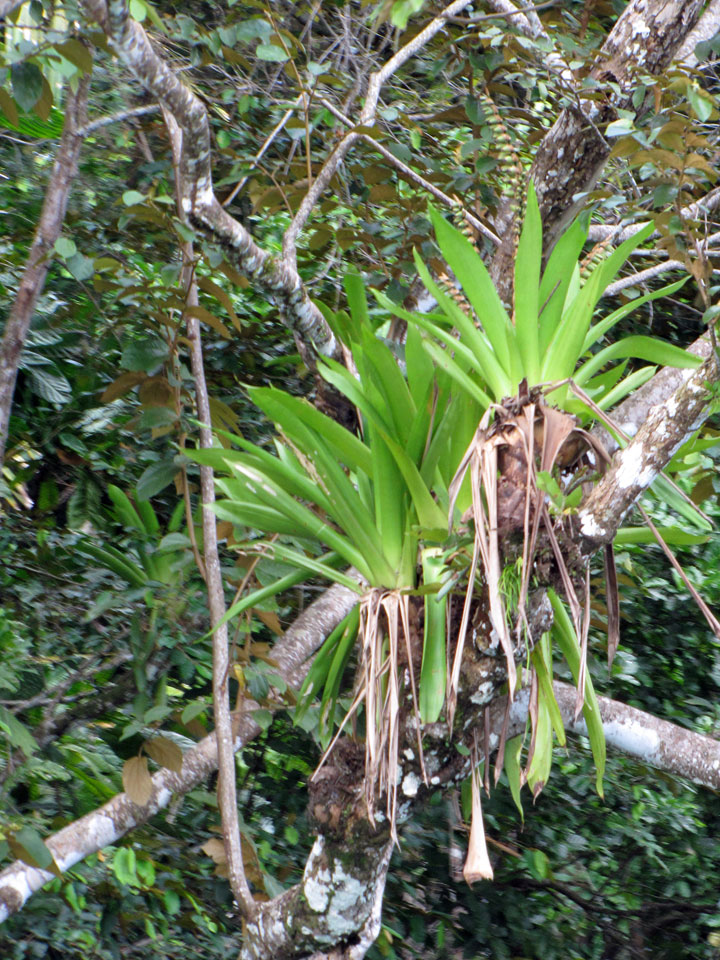 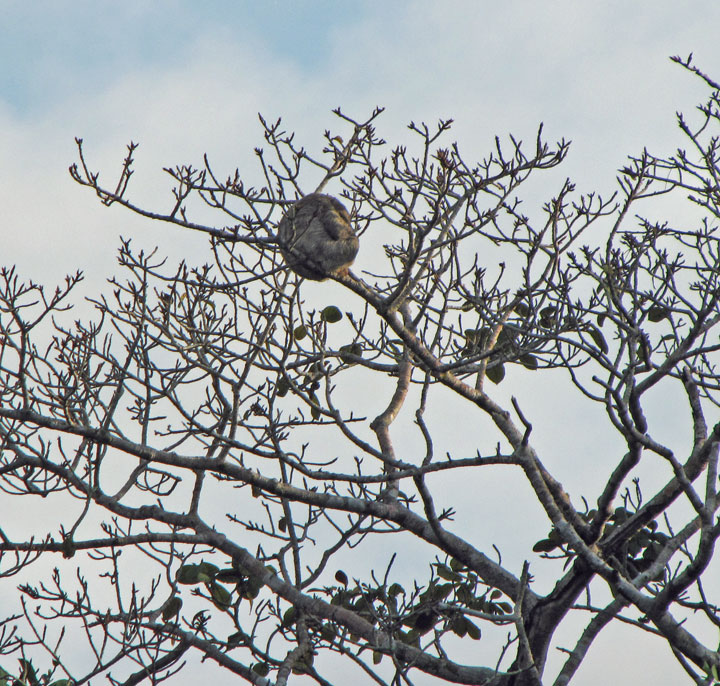 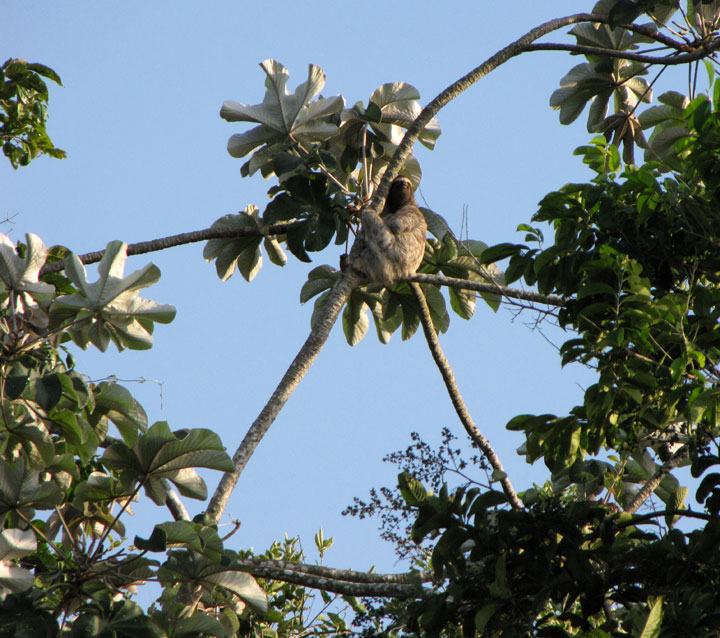 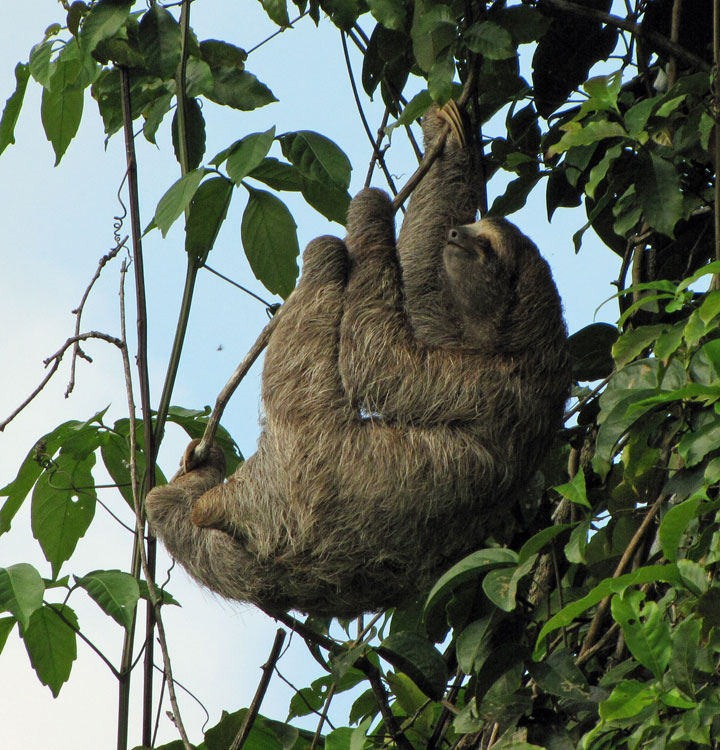 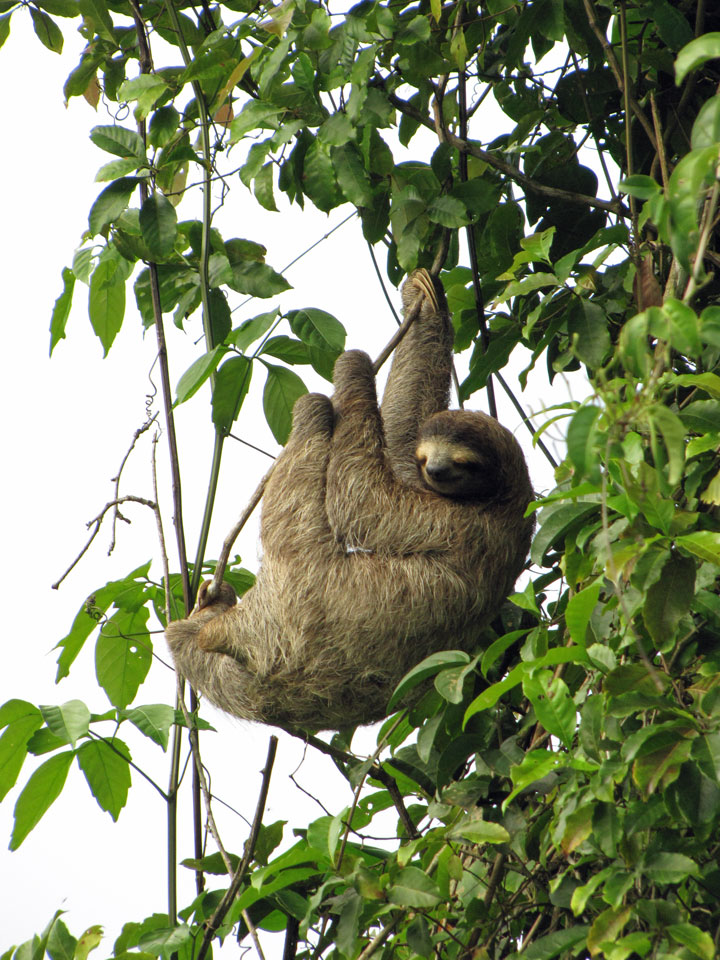 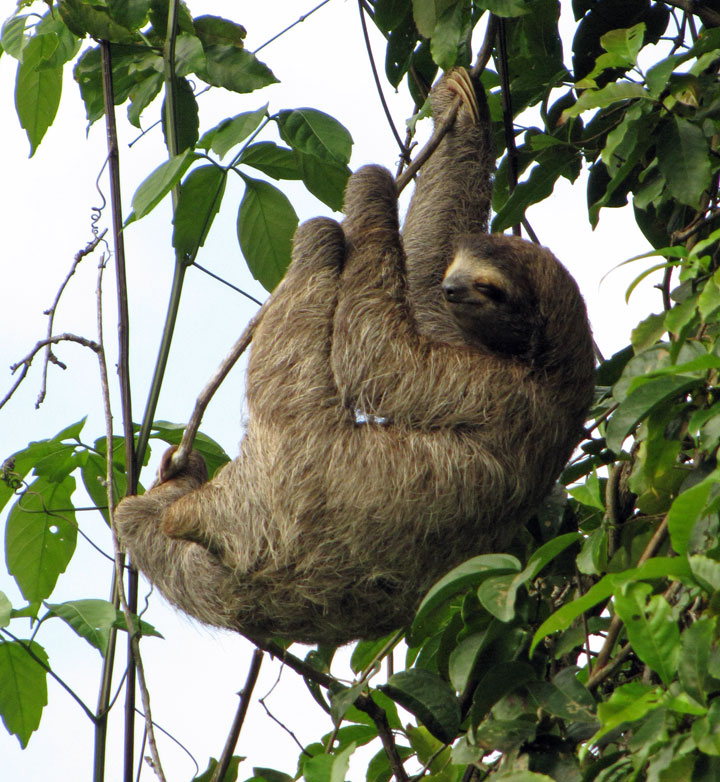 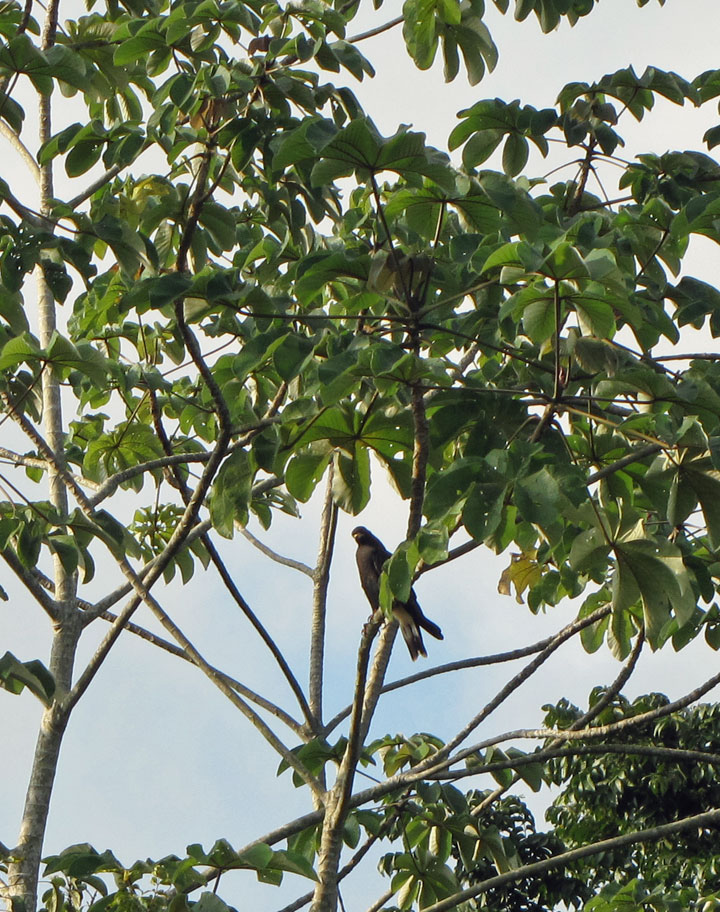 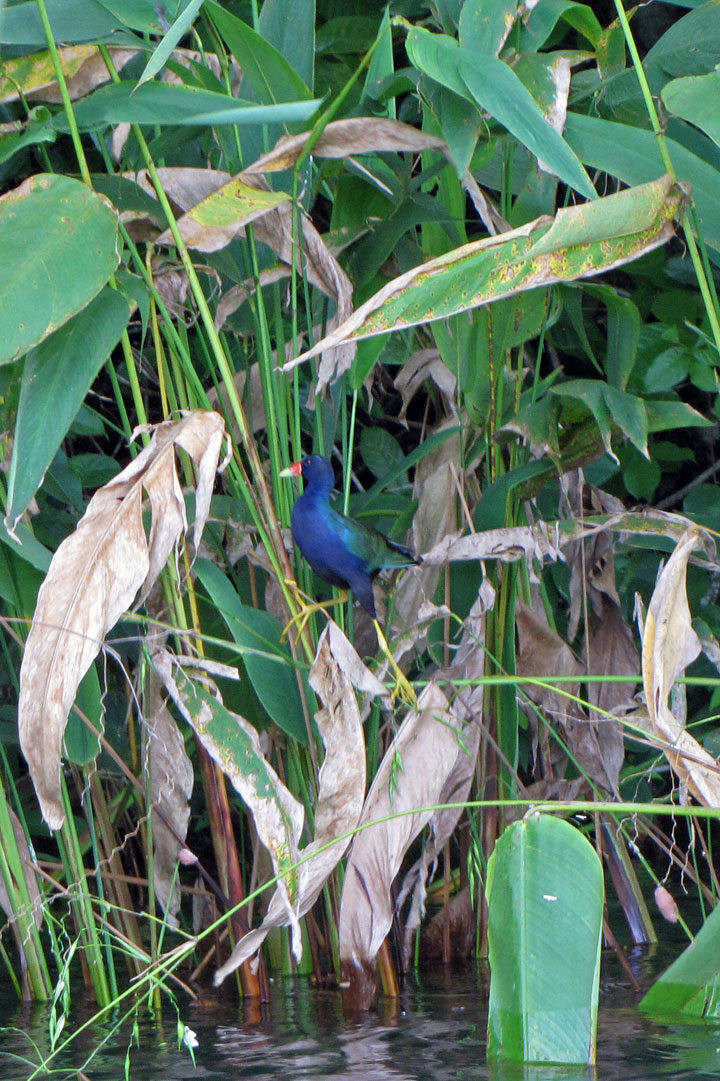 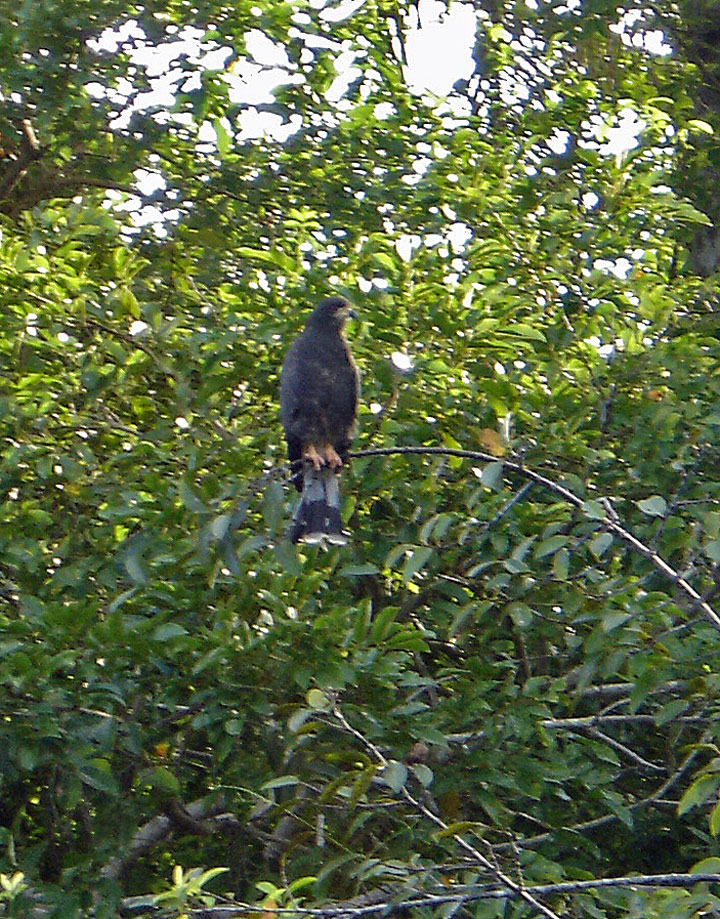 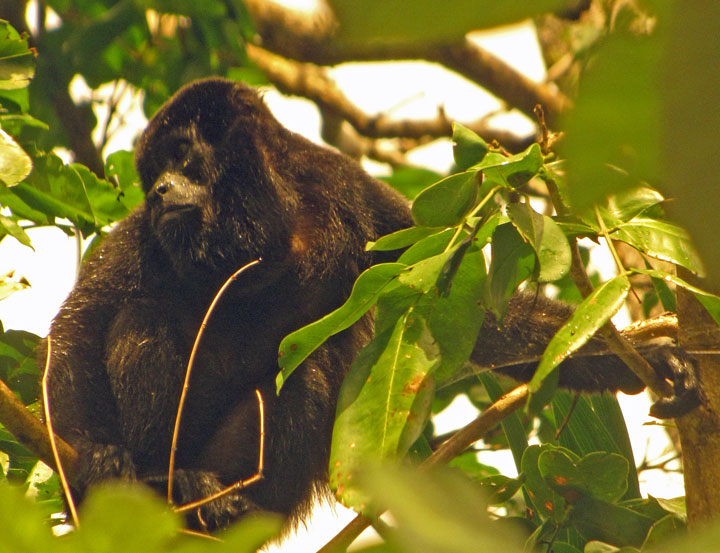 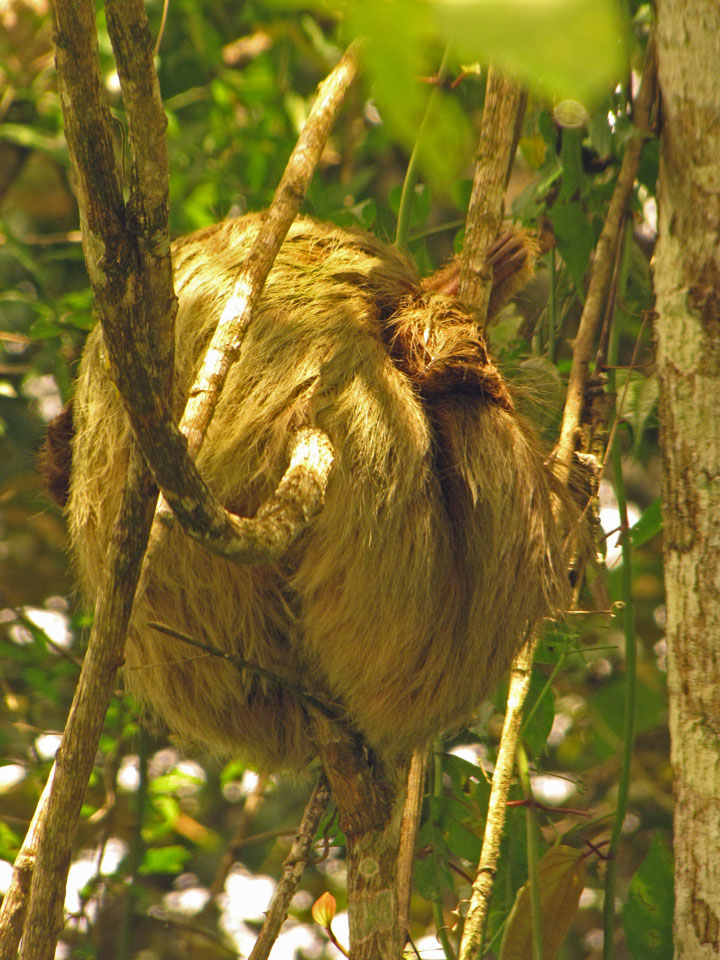