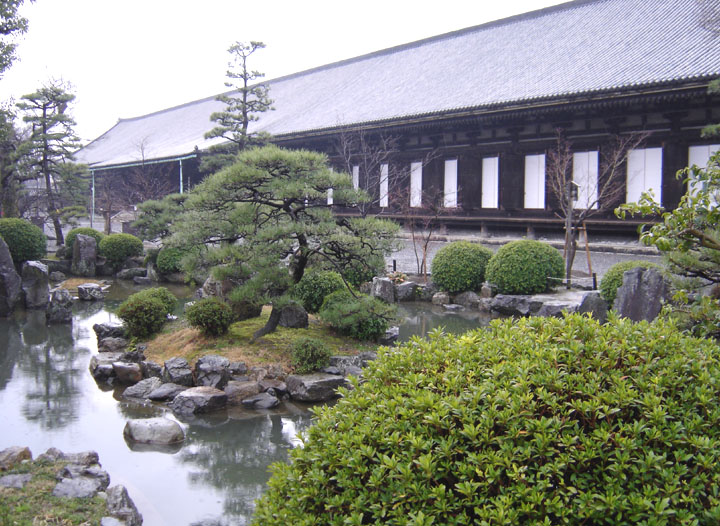 The temple was originally built in 1164 AD at the request of the emperor. This is the outside of the hall which holds the treasures of Sanjusangendo. Enormously long, it has stood for over 700 years. 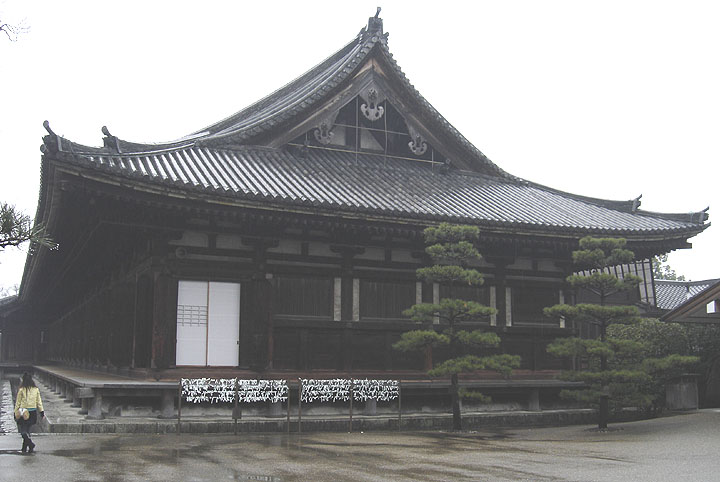 "Sanjusangendo" means a hall with 33 bays. The number 33 is sacred in Buddhism, for it is believed that Buddha saves mankind by disguising himself in 33 different forms. The 33 bays hold 1,001 statues of Kannon-Bosatsu! Each small image is 5 1/2 feet tall, carved out of wood and leafed in gold. In the center, the principal image of Kannon is 11 feet tall. 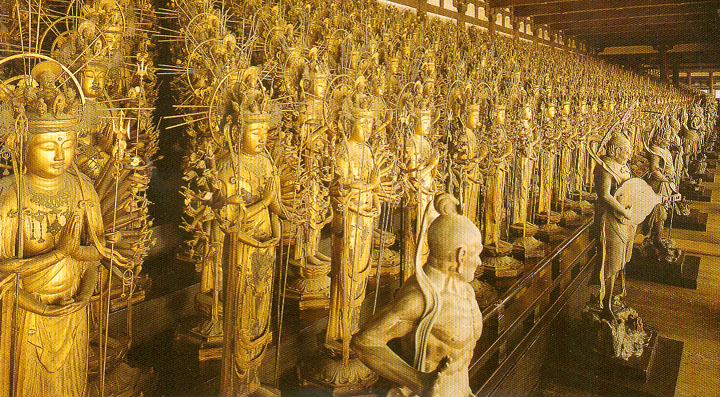 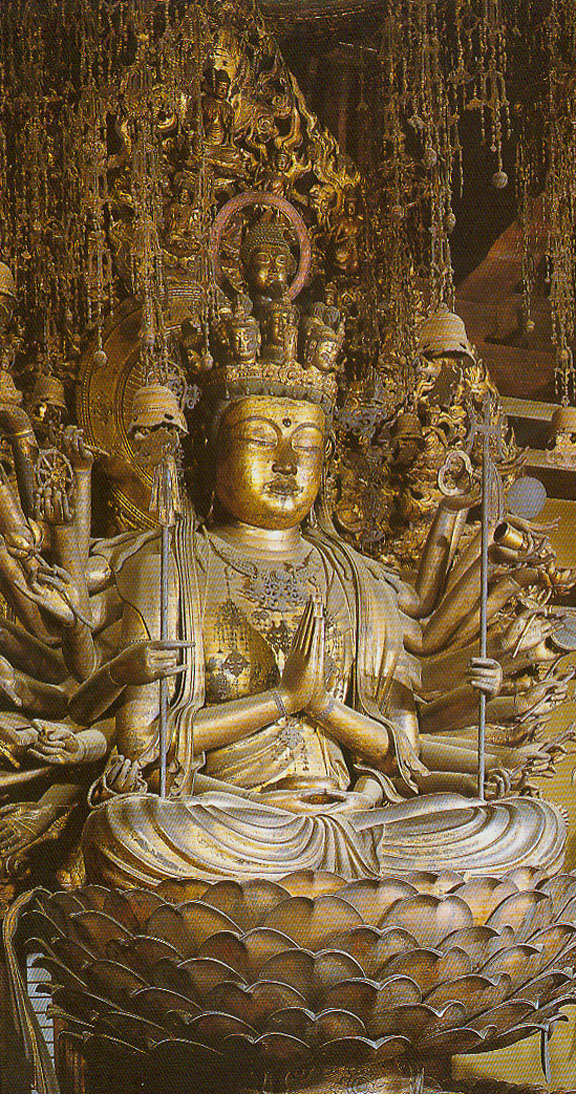 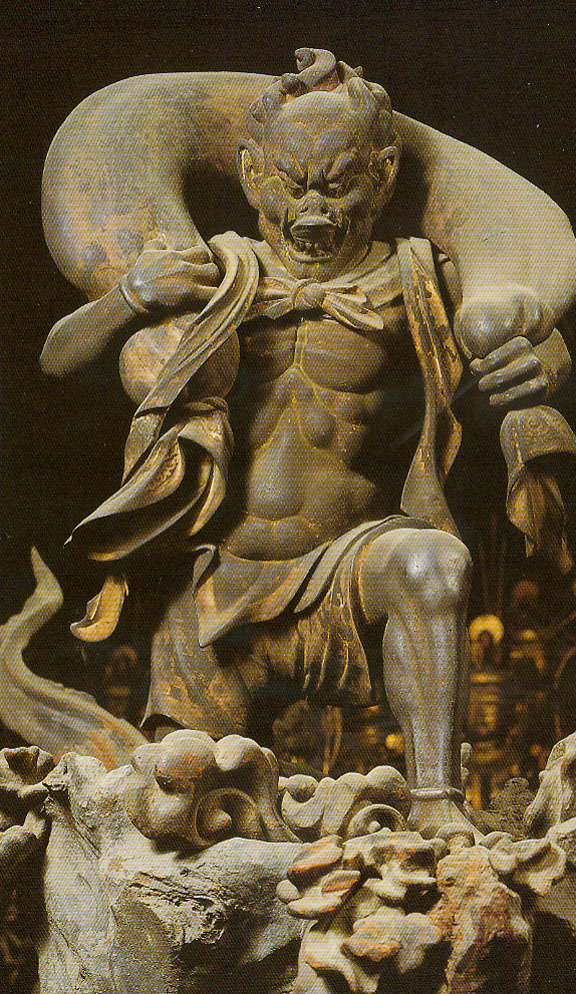 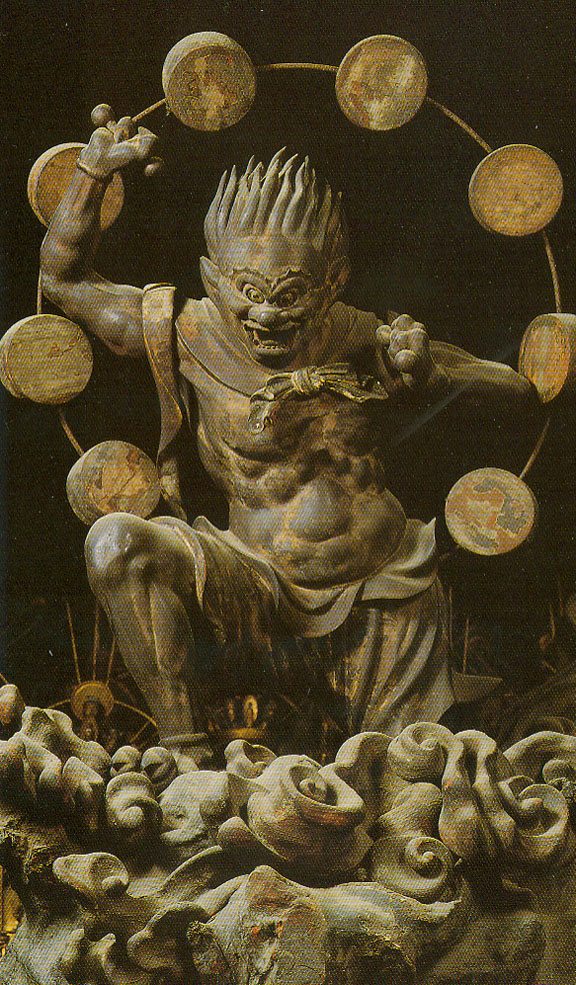 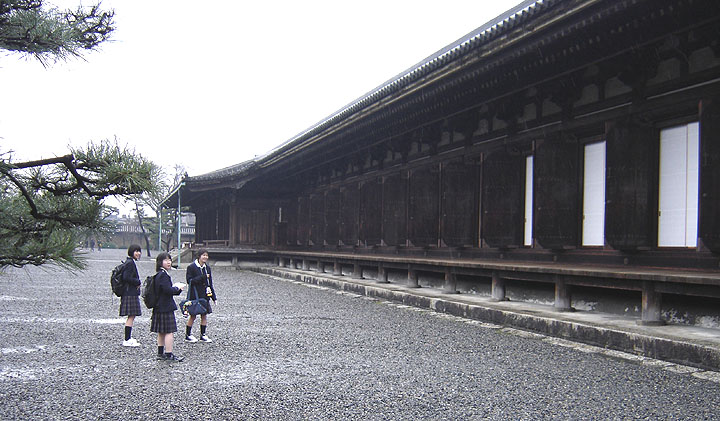 a must visit for school children 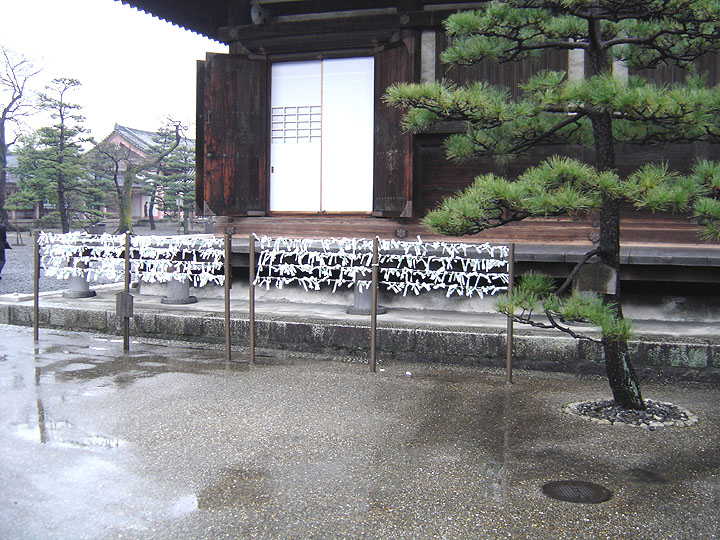 fortunes tied to the stand 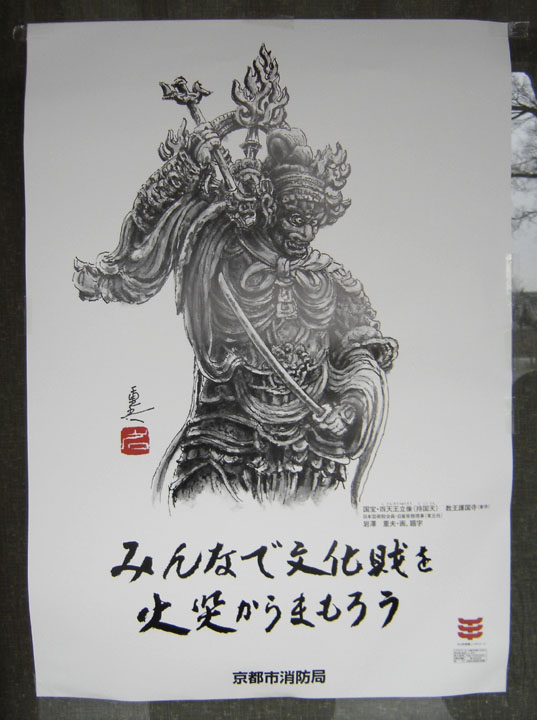