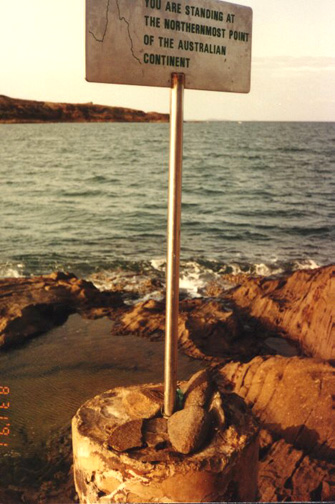 Northern most part of Australia

Gulf of Carpentaria, arm of the Arafura Sea, northern Australia. The gulf is more than 644 km (more than 400 mi) wide and nearly 805 km (500 mi) long. It contains many islands, and the shores are generally low with extensive indentations on the western coast. 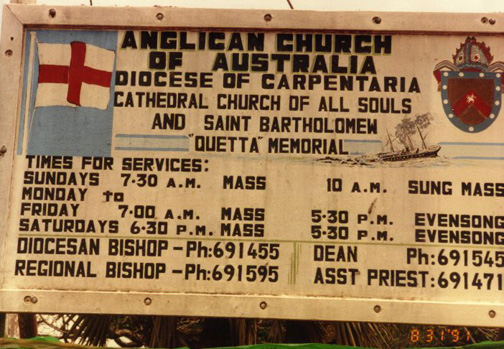 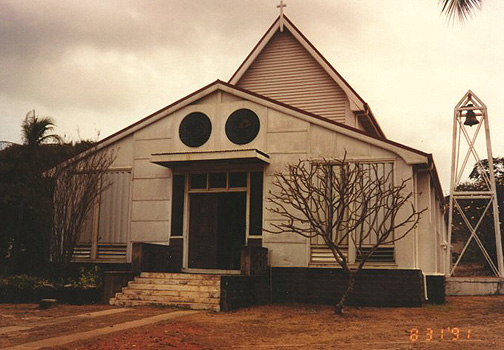 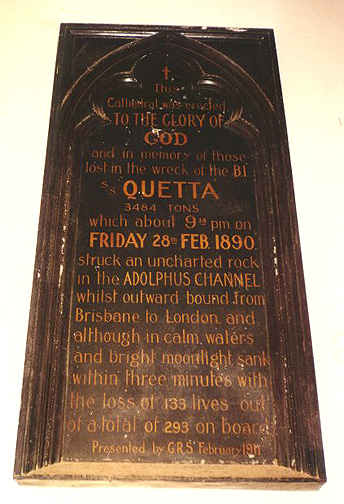 memory of a sea tragedy 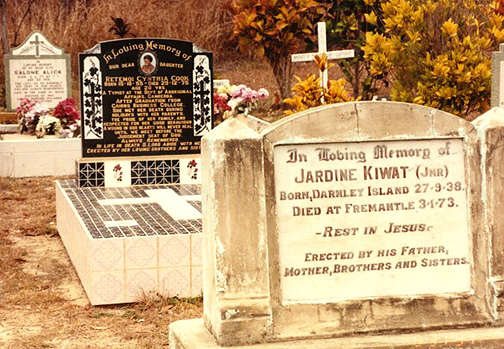 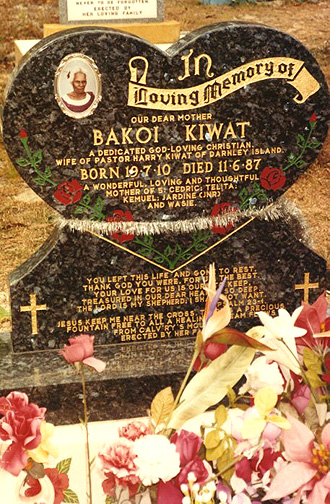 grave of an Islander 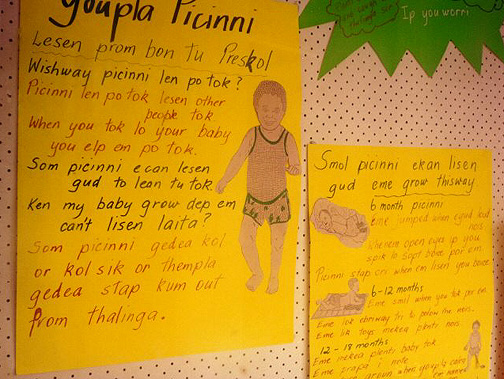 Pidgin English
(language of the Islanders) 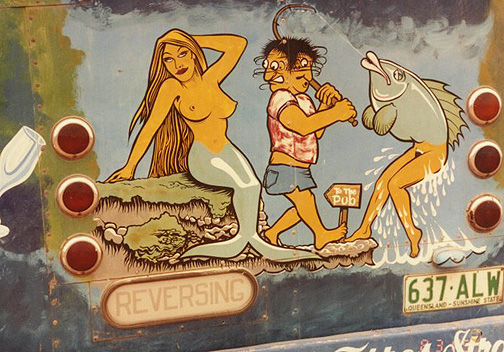 Mer maid or Mer fish?
(Australian humor on back of tourist bus)