Photos from the Colombian Room
Museum of Science and Industry 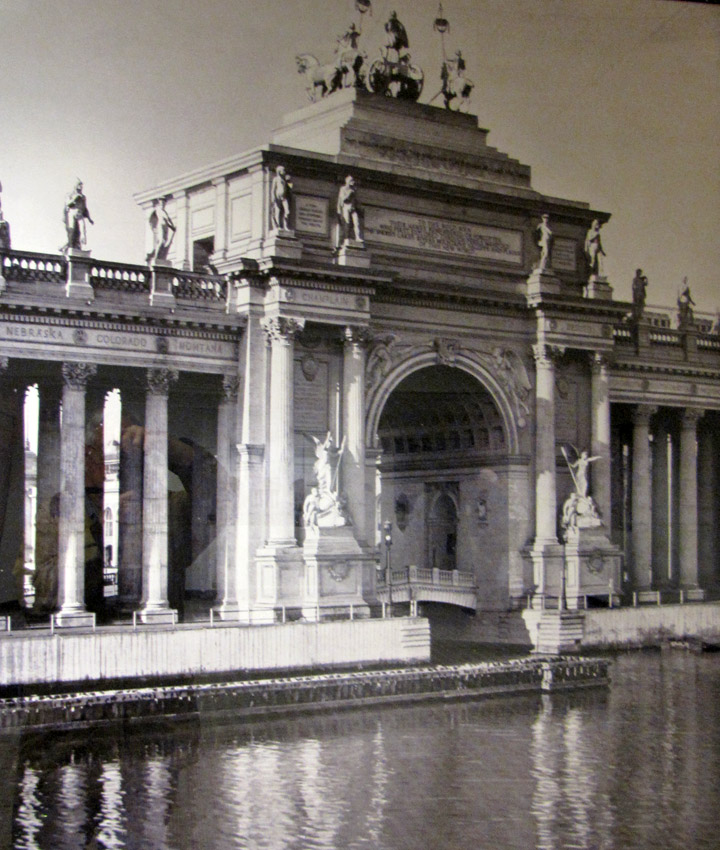 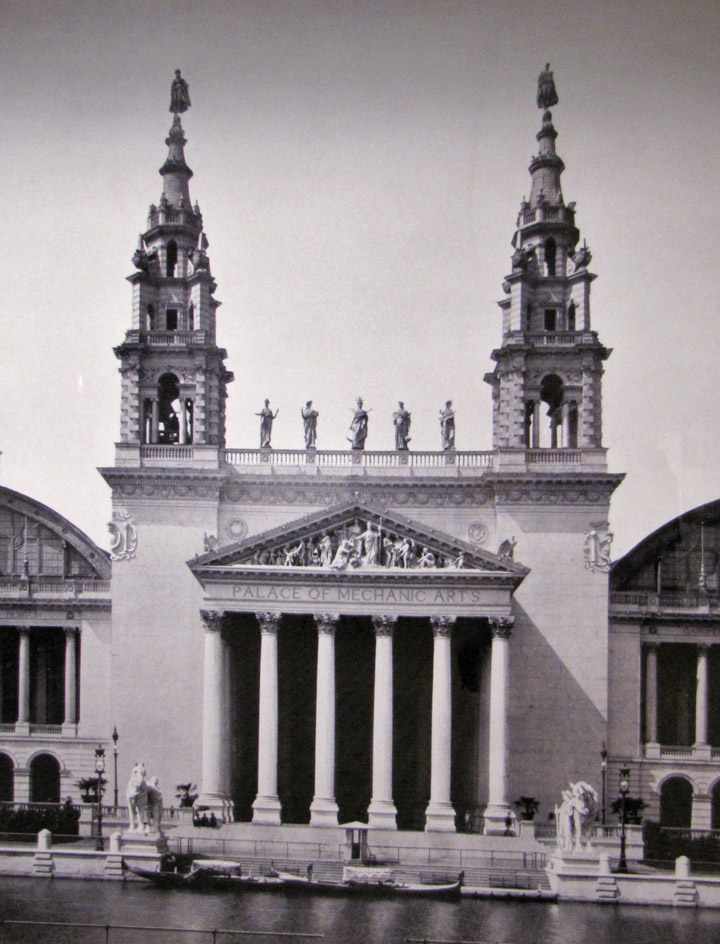 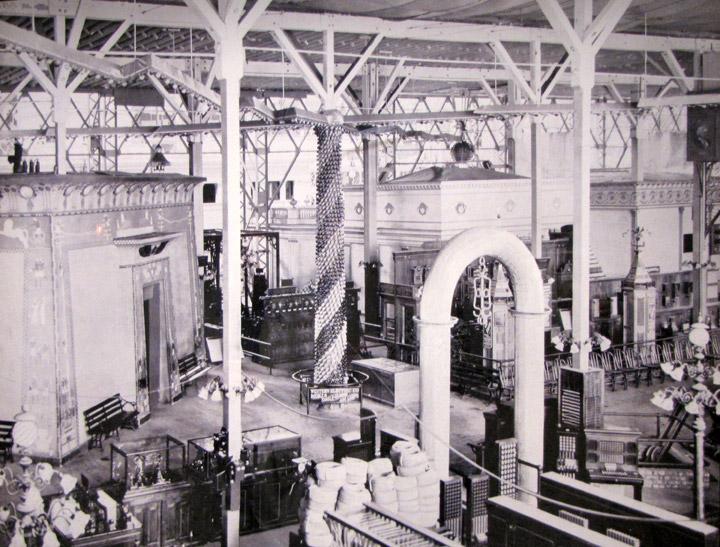 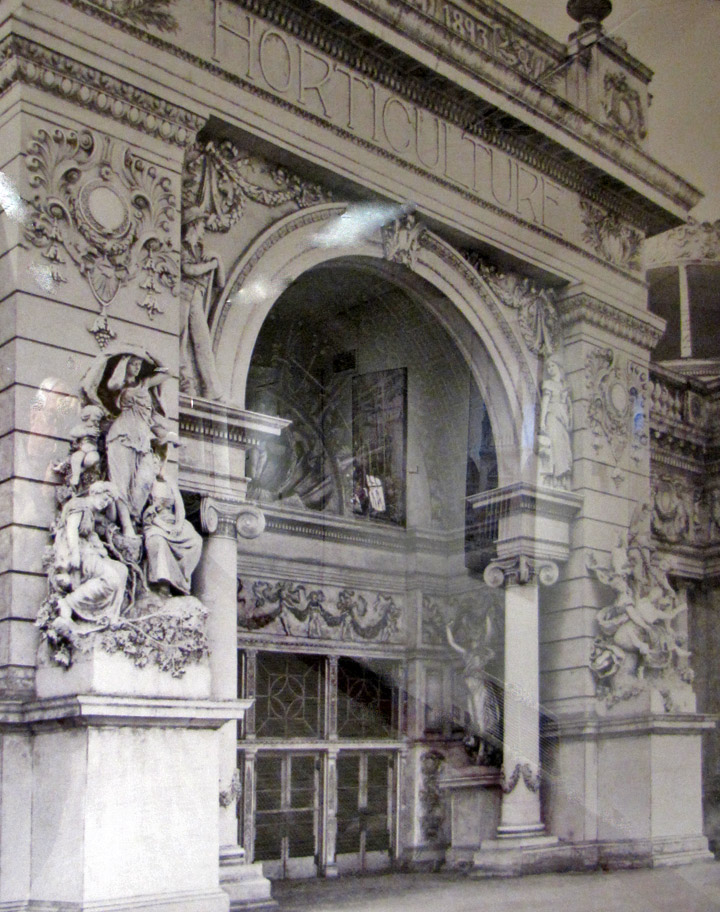 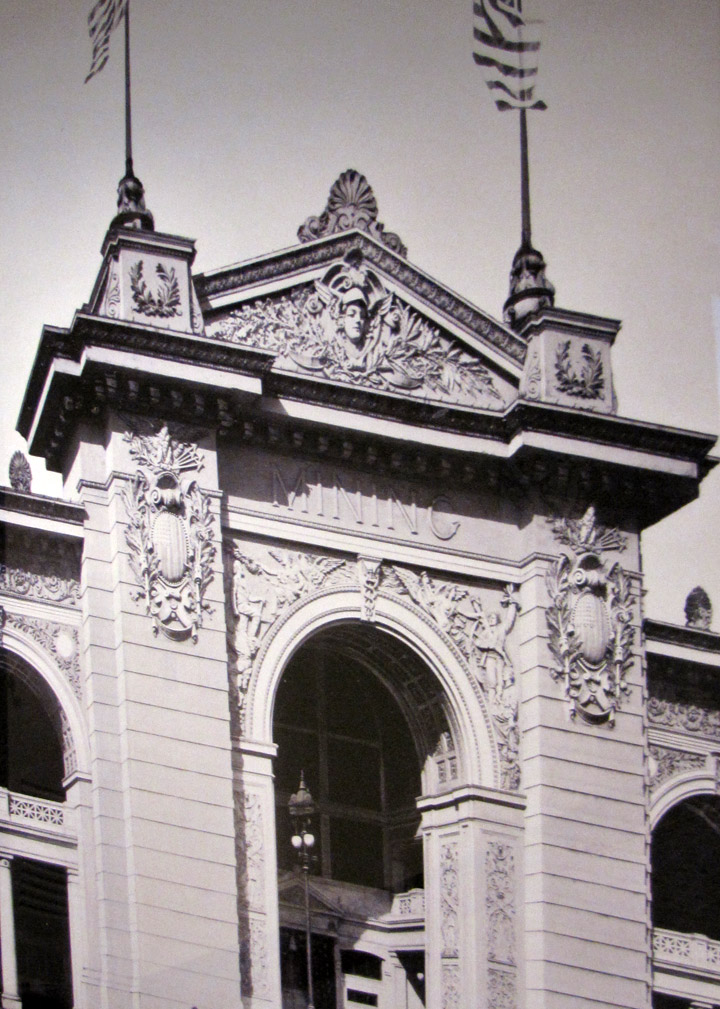 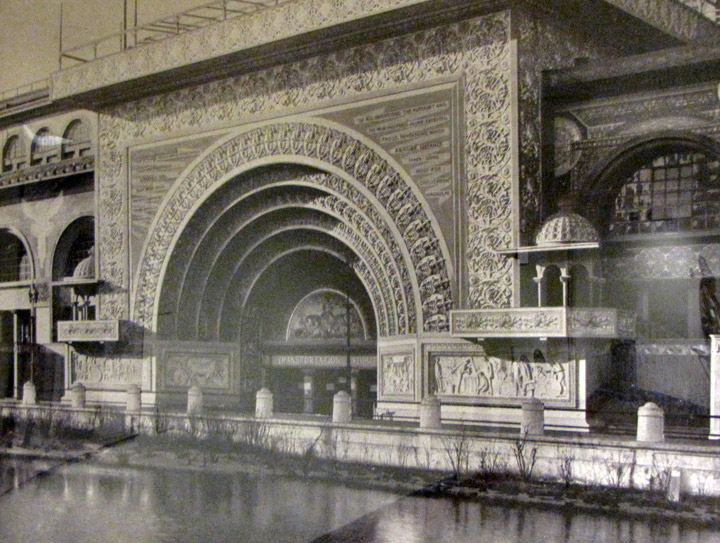 Louis Sullivan's polychrome proto-Modern Transportation Building was an outstanding exception to the prevailing style,
as he tried to develop an organic American form.
He believed that the classical style of the White City had set back modern American architecture by forty years. 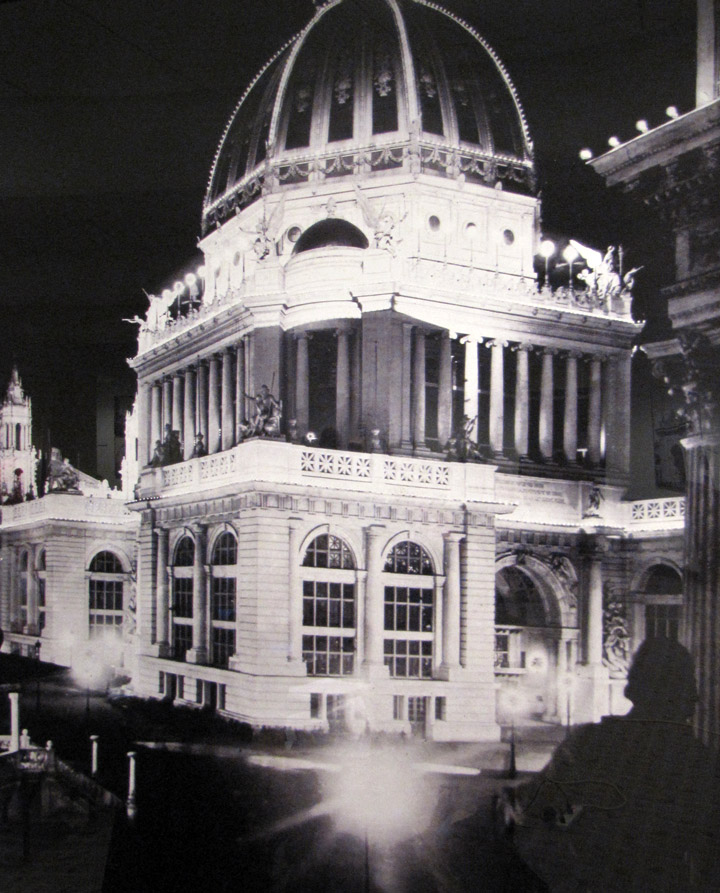 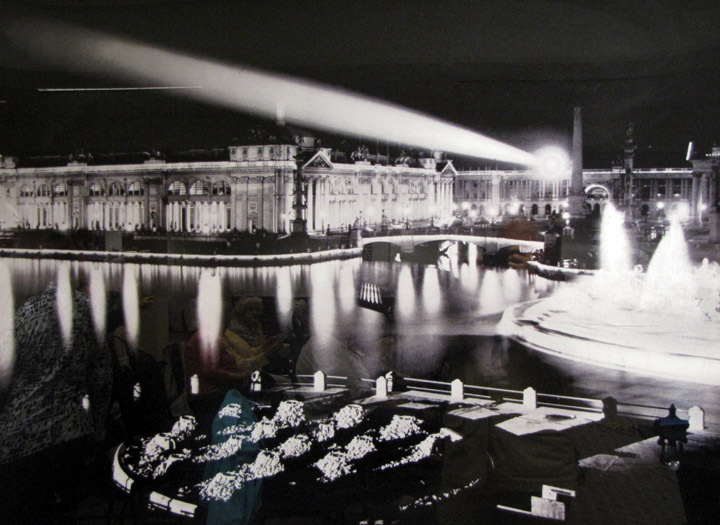 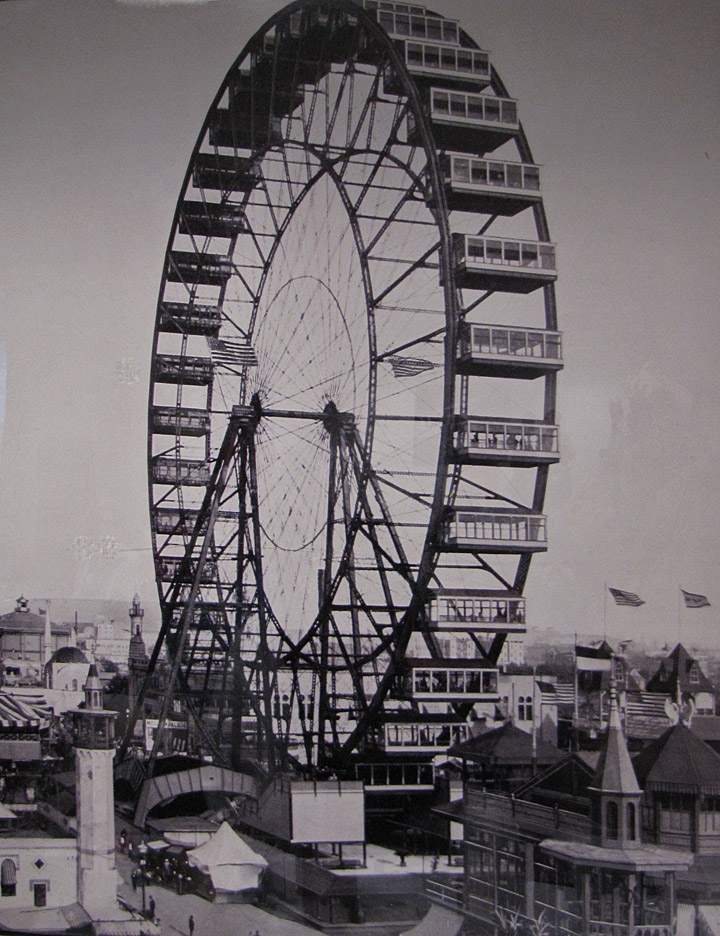 The Ferris Wheel at the 1893 Expositionon 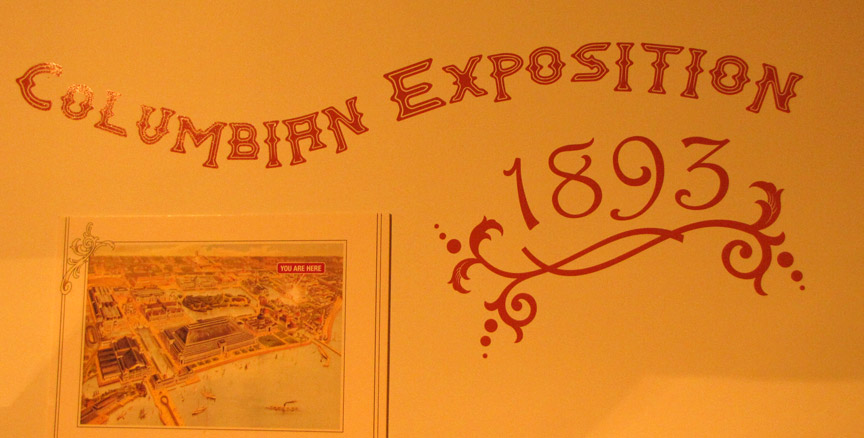 Memorabilia from the World's Columbian Exposition 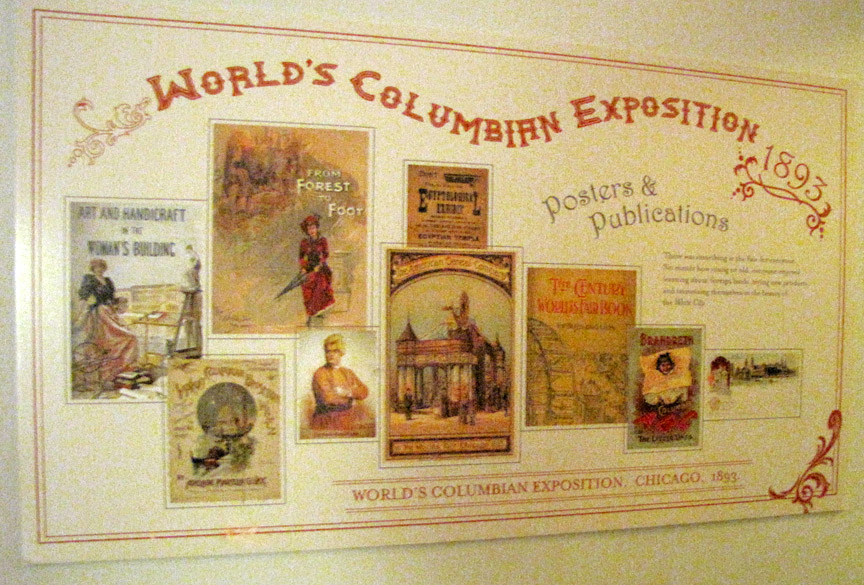 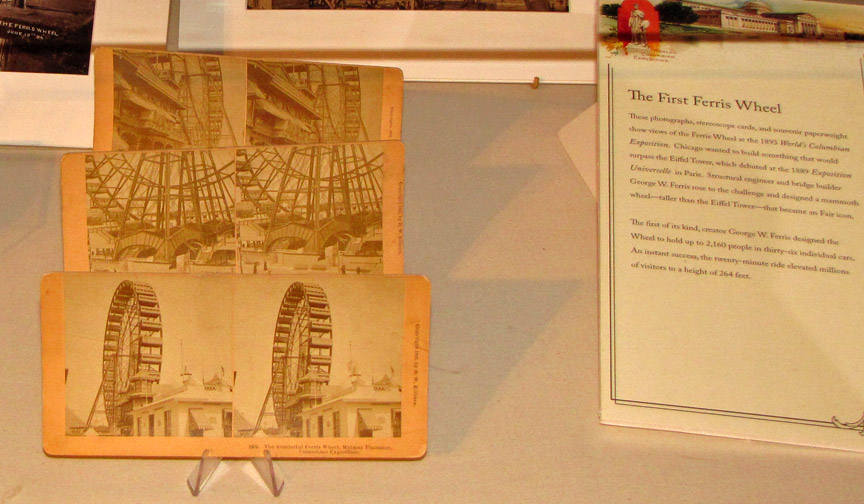 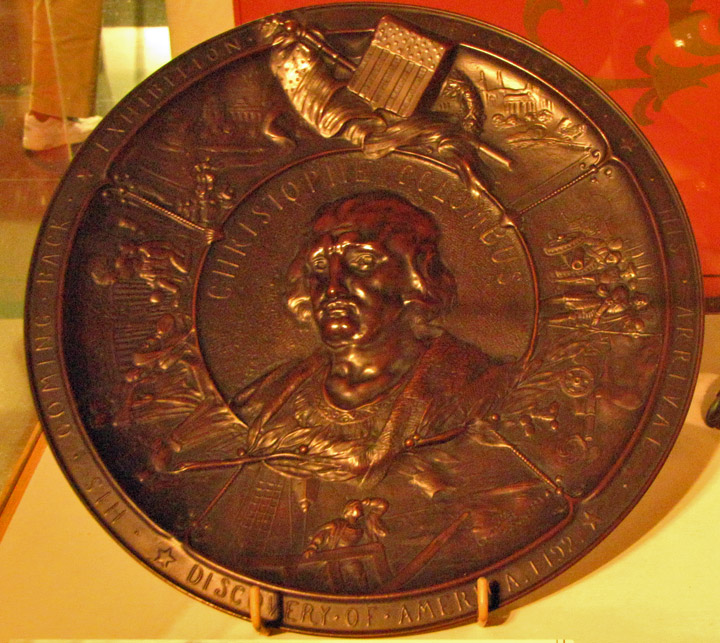 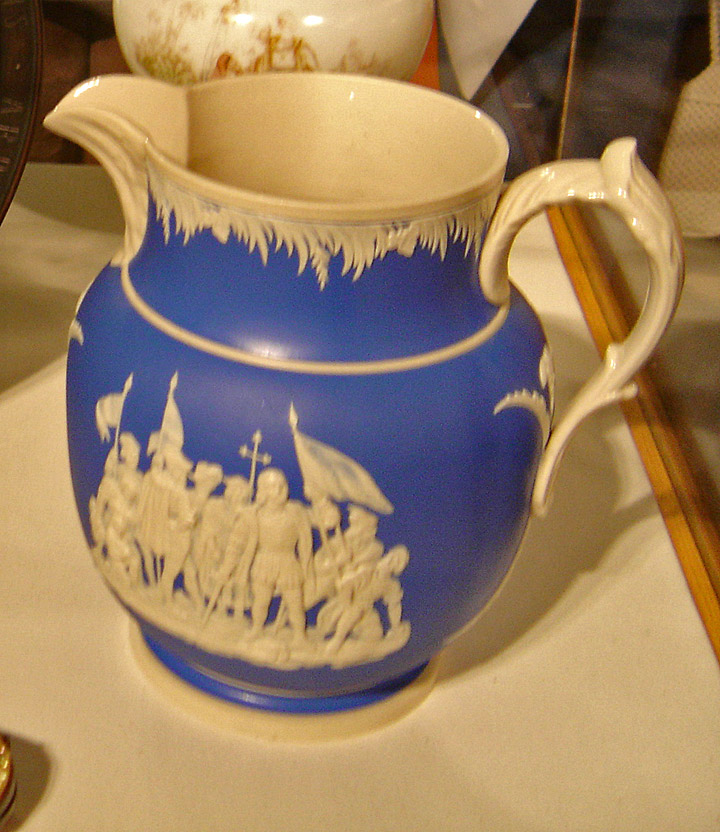 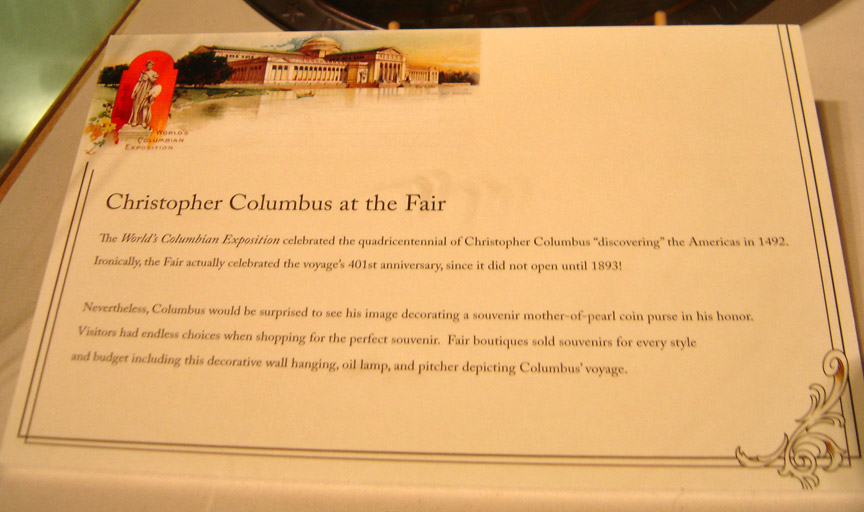 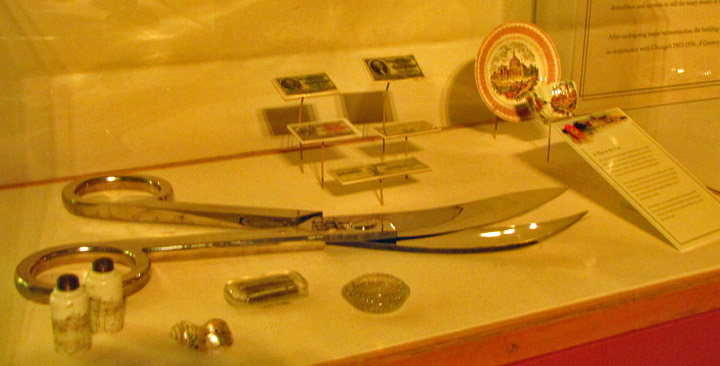 the large scissors used to cut the ribbon on opening day 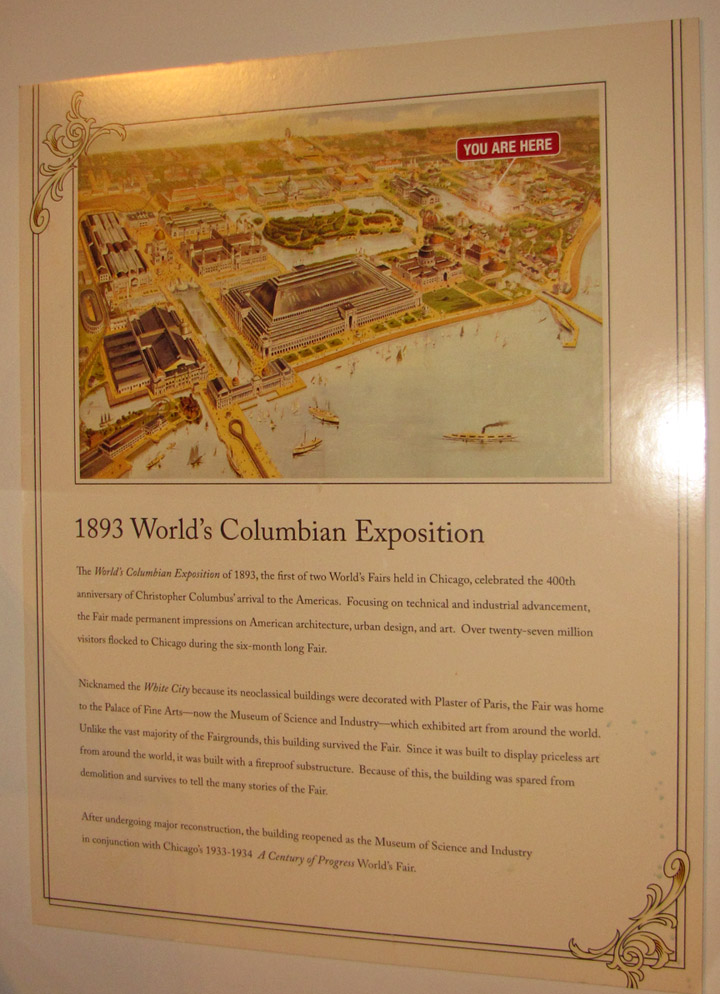 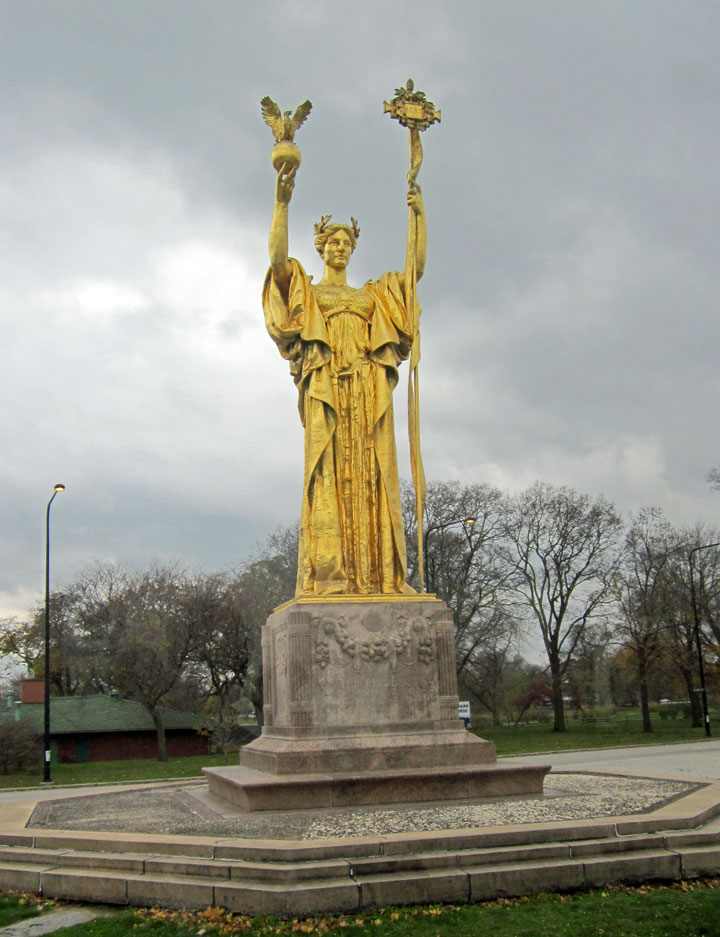 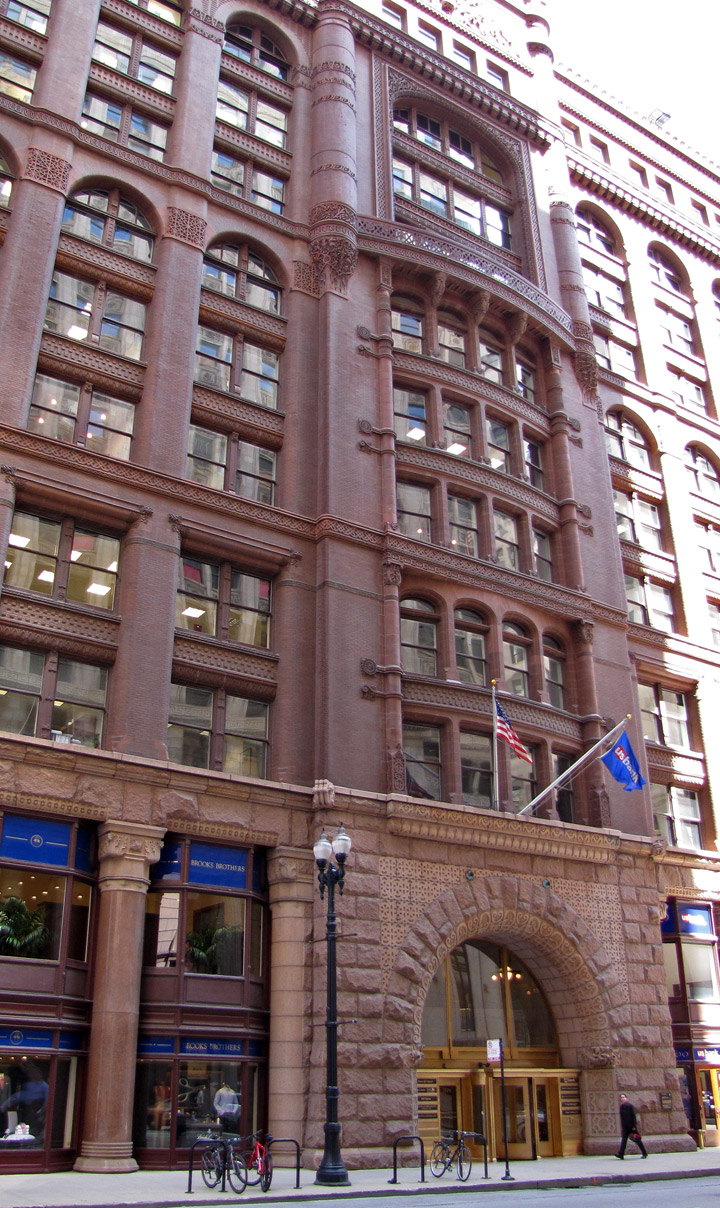 Offices of Burnham during the planning for
World's Colombian Exposition 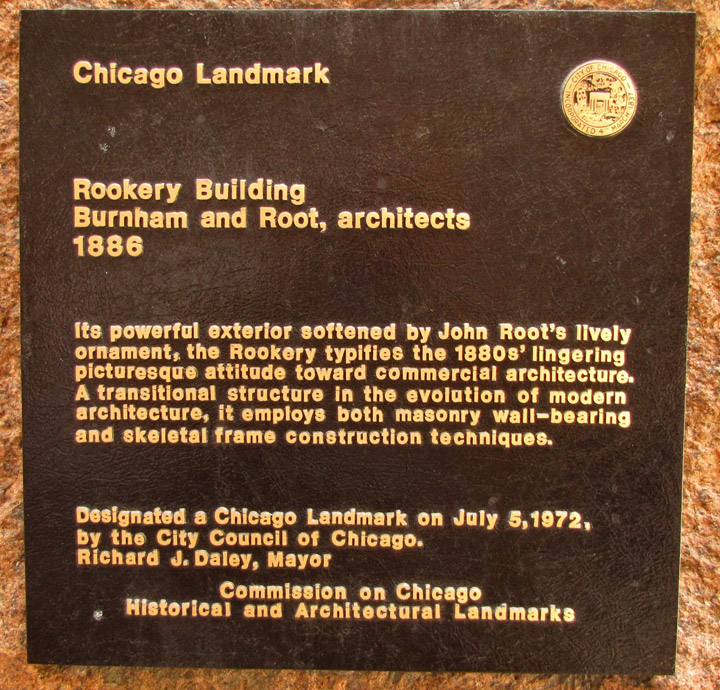 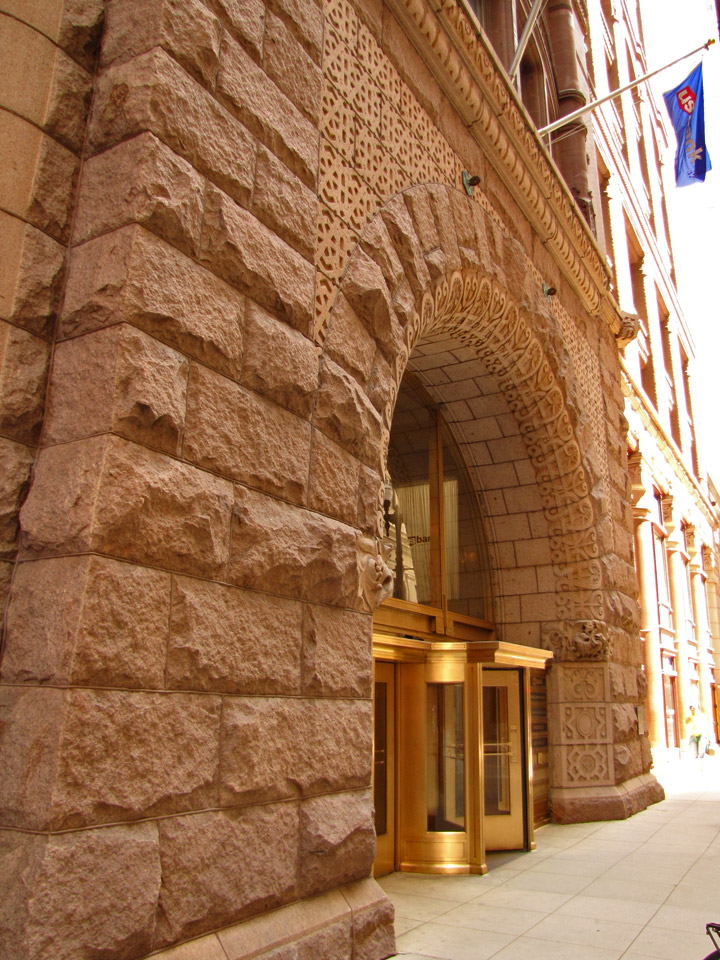