Building Bridges to Islam in Chicago 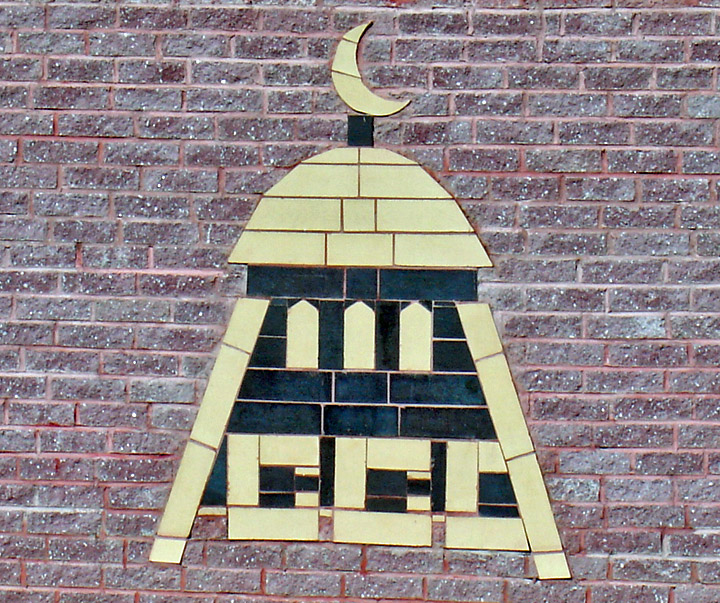 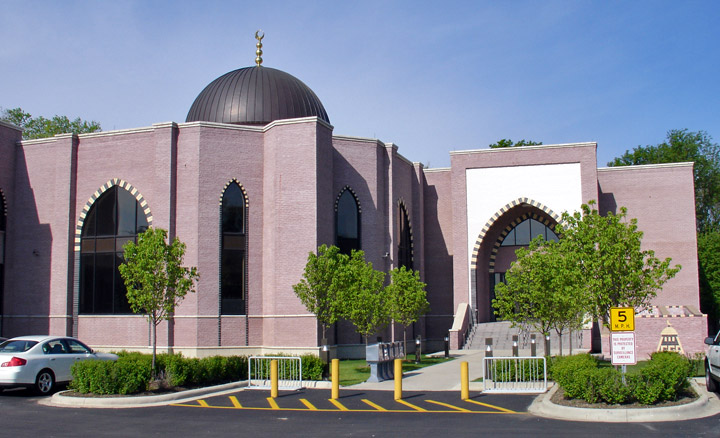 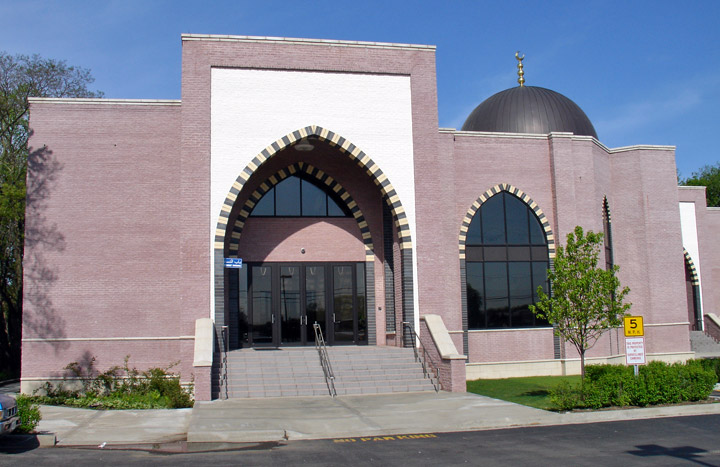 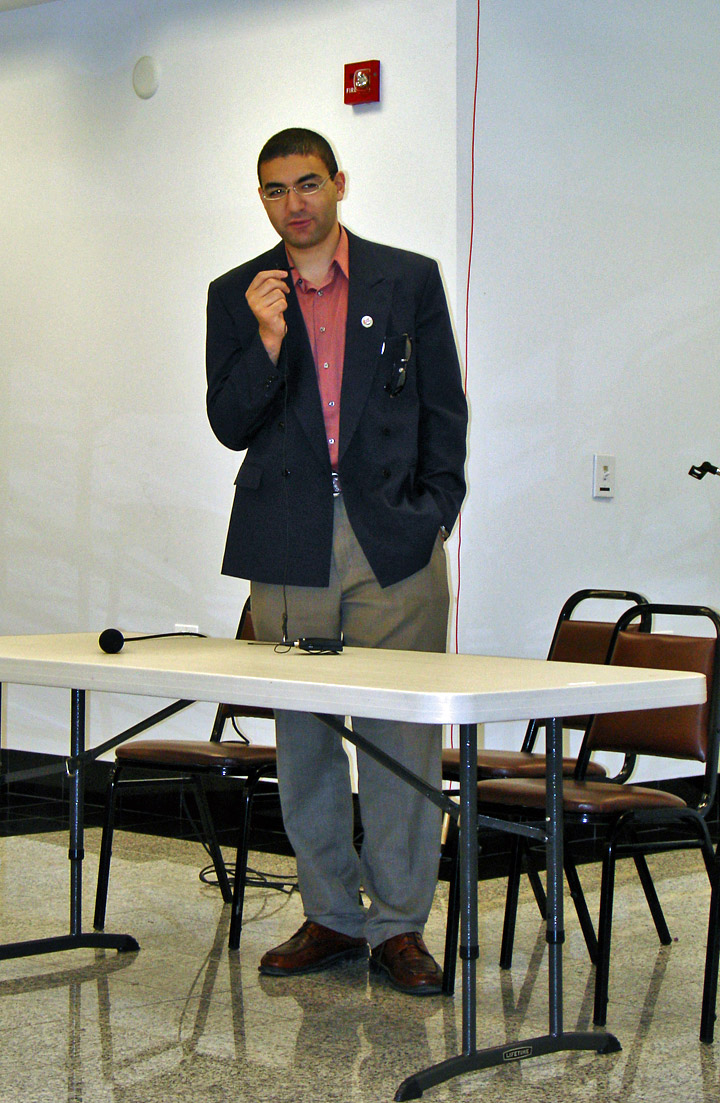 Ahmed Rehab gave us "An Introduction to the Faith, the Qur'an, Islamic Law, and Misconceptions of Islam" 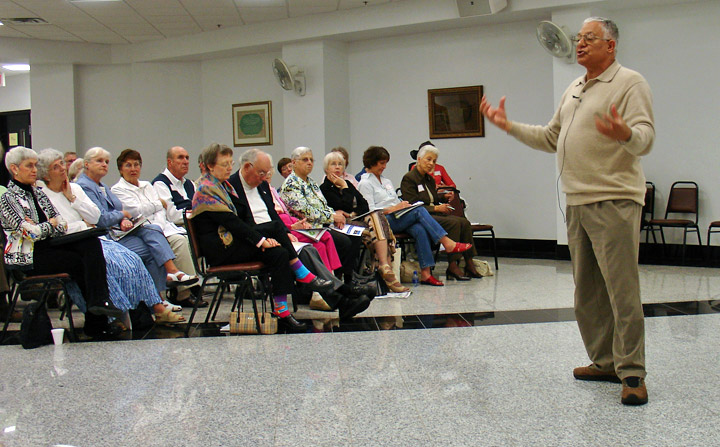 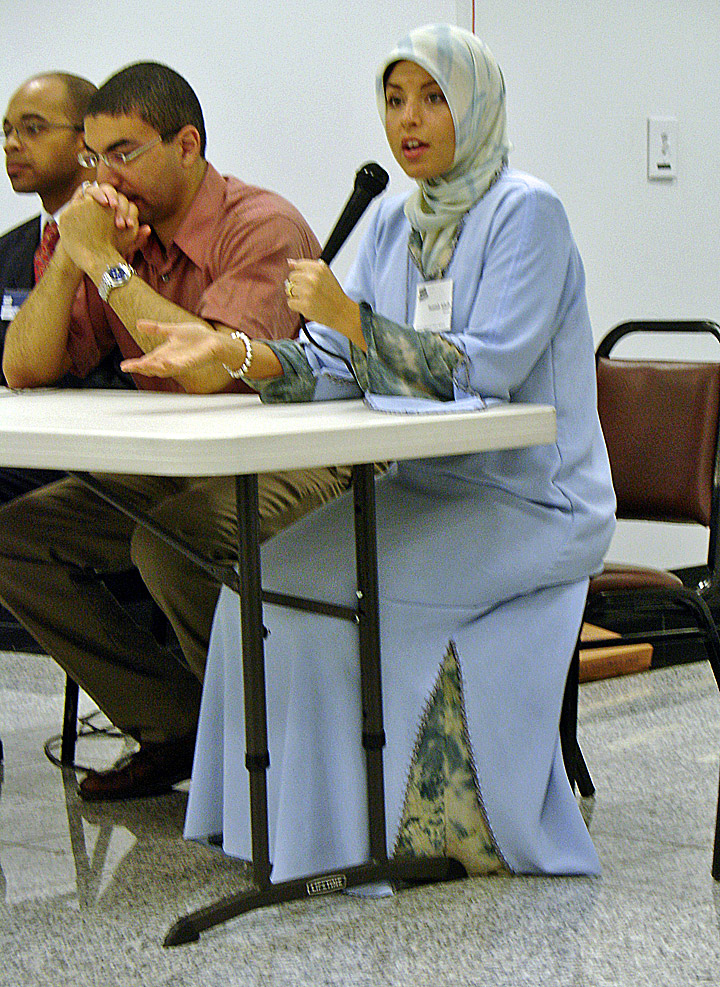 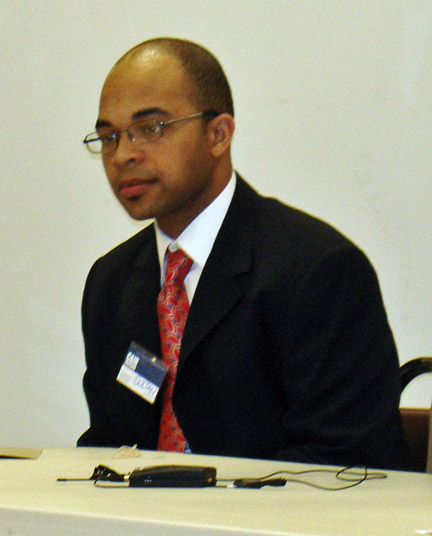 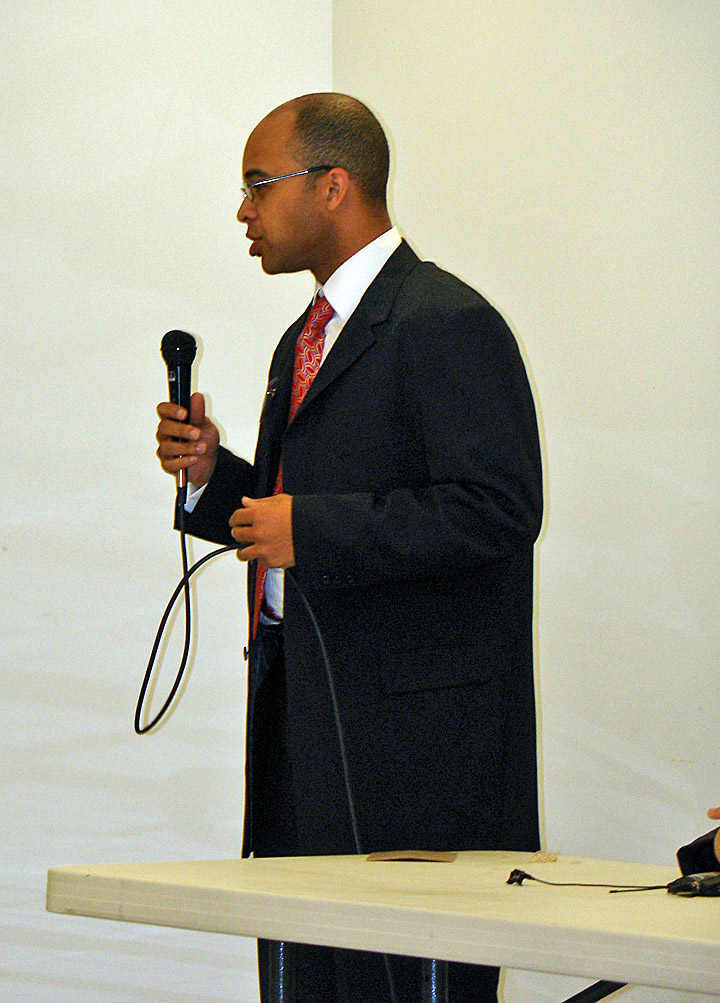 Sultan Muhammad, grandson of Elijah Muhammad, told us of some of the history of Islam in Chicago

Five Pillars of Islam, called arkan in Arabic, five ritual duties that mainstream Muslims view as central to their faith. These are :(1) pronouncing the confession of faith (shahada or kalima); (2) performing the five daily prayers (salat); (3) fasting during the month of Ramadan (saum); (4) paying the alms tax (zakat); (5) and performing, at least once in life, the major pilgrimage to Mecca (hajj). In most places where Islam is the official religion, Muslims are not punished for failing to perform these duties. In some Islamic states, however, public denial by a Muslim of the validity, importance, or centrality of the five pillars is generally considered an act of heresy and is punishable by death.

The shahada is the Arabic statement "La ilah illa Allah wa Muhammad rasul Allah," meaning "There is no God but the one God and Muhammad is His prophet." In the Shiite sect, believers generally add to this the Arabic phrase "wa Ali Wali Allah," meaning "and Ali ibn Abi Talib is the friend of God." In addition to this confession of faith, Muslims must also express their belief in the Qur'an (Koran), angels, and the Last Day. The shahada also is uttered as part of the Muslim call to prayer (adhan). 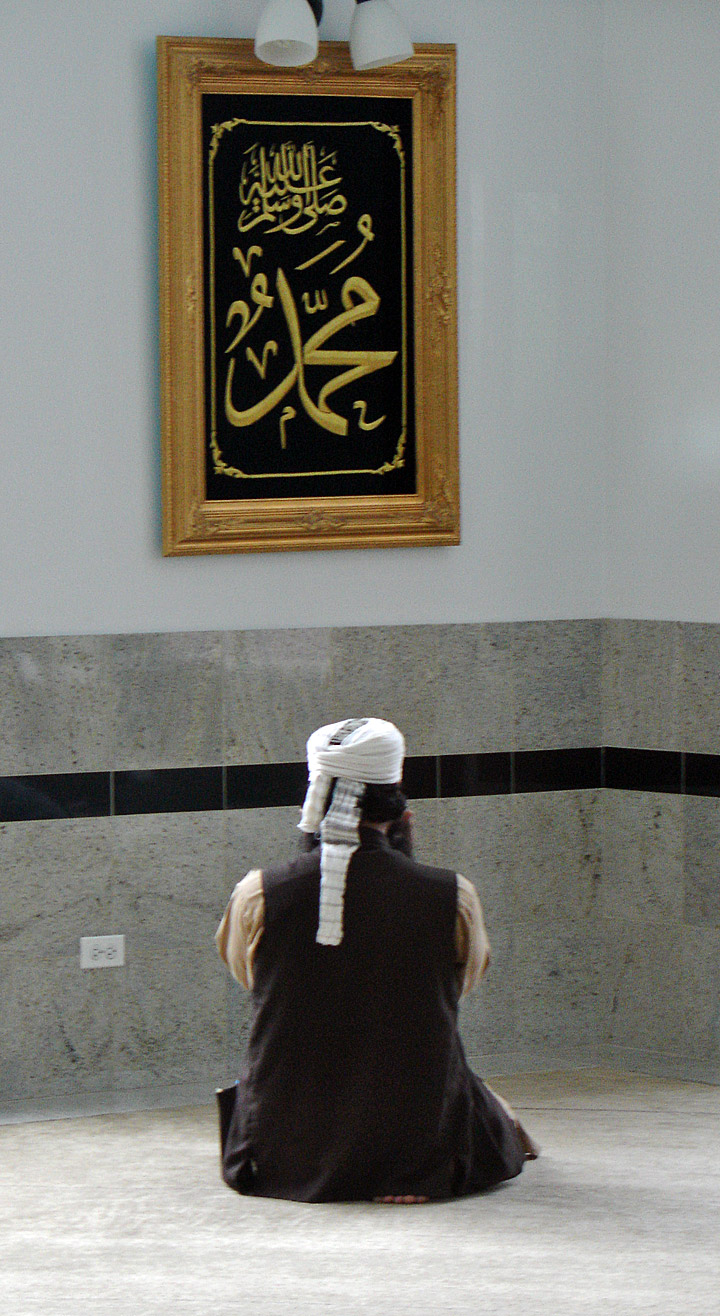 The salat-the five obligatory daily prayers-is also known as the namaz in Iran, India, and Turkey. These prayers are only performed after ritual bathing and take place before sunrise, at noon, in the mid-afternoon, immediately after sunset, and before midnight. Mainstream Shiites combine the noon and afternoon prayers and also the sunset and midnight prayers so that they need only pray three times a day. Praying in Islam is also associated with a specified set of postures, such as standing, bowing, and prostrating.

The saum is a fast prescribed only for healthy, adult Muslims during the 30 days of Ramadan, the ninth month in the Islamic calendar. From dawn until dusk, no food, drink, or sexual relations are permitted. Ill individuals and nursing women are excused, but they are expected to make up for missing the fast at other times in the year when they are healthy again or no longer nursing.

The zakat or alms tax is levied annually on the crops, livestock, precious metals, and cash of all those living above subsistence and whose debts do not exceed their assets. In theory it is to be collected on behalf of, and then distributed to, the poor. However, many Islamic leaders have collected the zakat to add to their royal treasuries. For this reason, the identity of the zakat collector and distributor has often been a mystery. Since the late Middle Ages (AD 476-1453), mainstream Shiites have had the tax collected by their jurists, legal scholars of Islamic law, who act according to their self-styled role as governors of the imam.

The hajj is the "greater" of the two pilgrimages to Mecca required of all Muslims. All healthy adult Muslim men and women should perform it at least once in their lifetime if they have sufficient means and safe transport. Unlike the lesser pilgrimage, called umra, Muslims must perform the hajj during the first half of the month of Dhu al-Hijja, the last month of the lunar year. Those who perform the hajj can use the honorific title Hajji if male and Hajja if female. 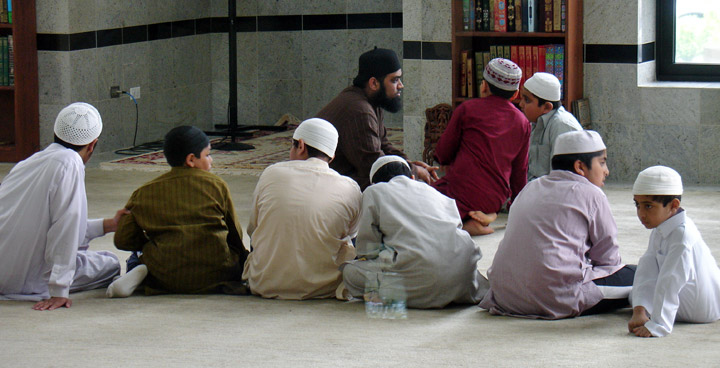 being taught around the learned one 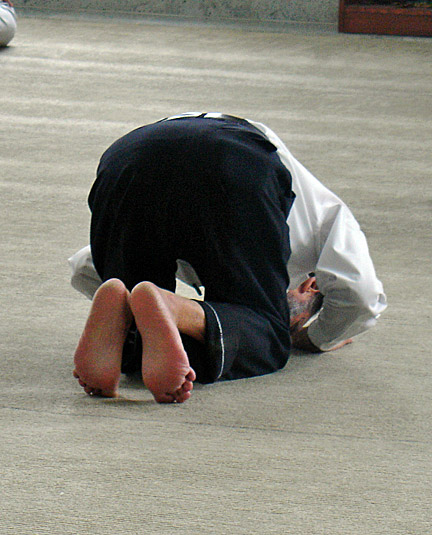 To hear the Call to Prayer 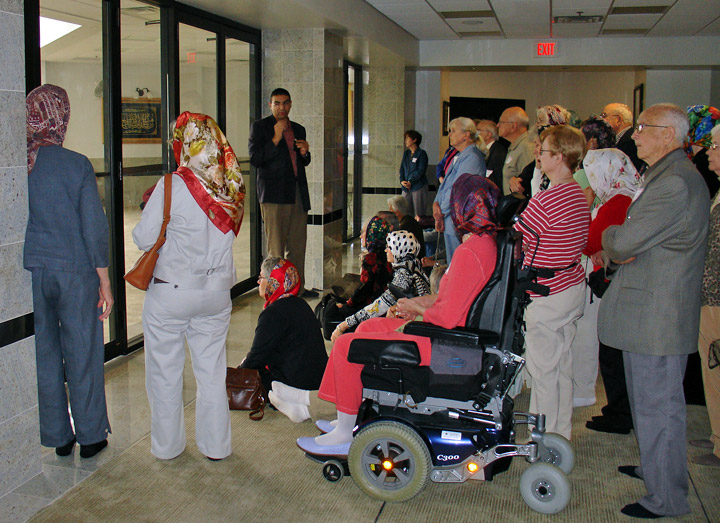 being told by Ahmed Rehab about Morning Prayer 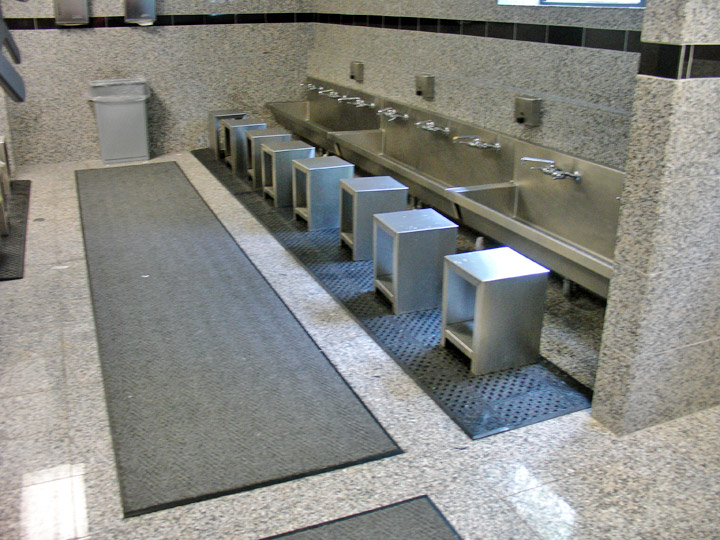 place to wash in preparation for prayer 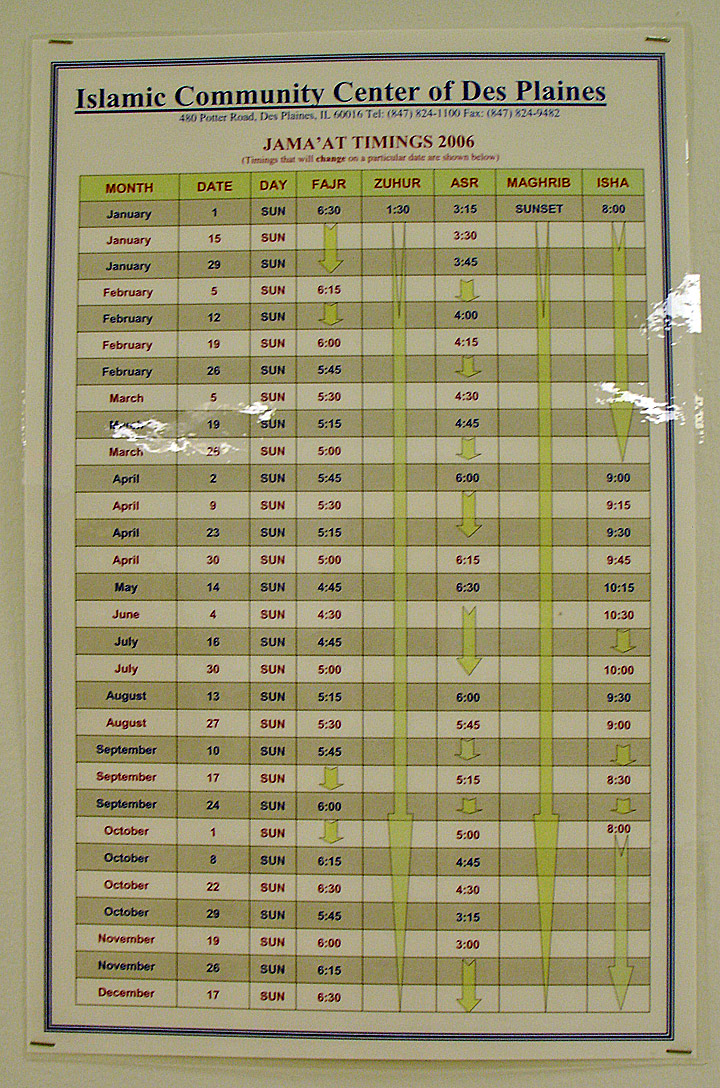 listing of the times for prayer 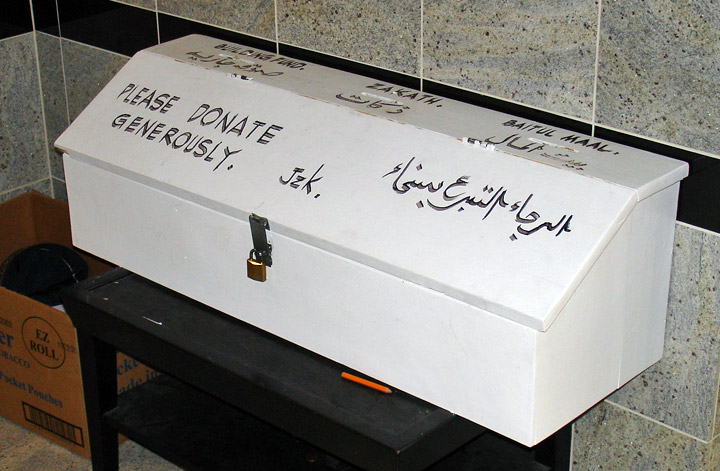 offerings for the support of the center 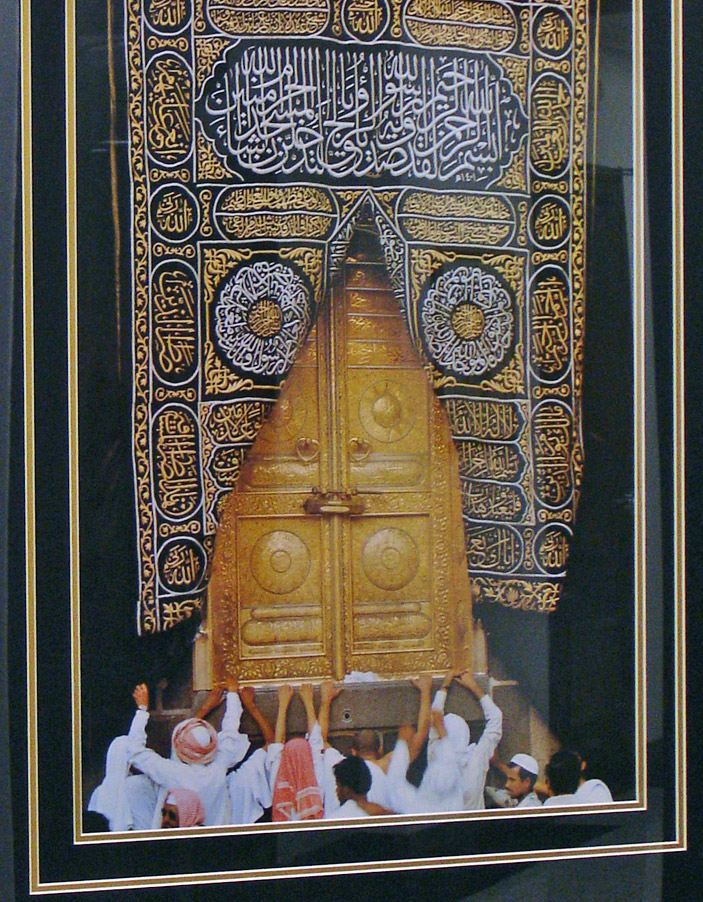 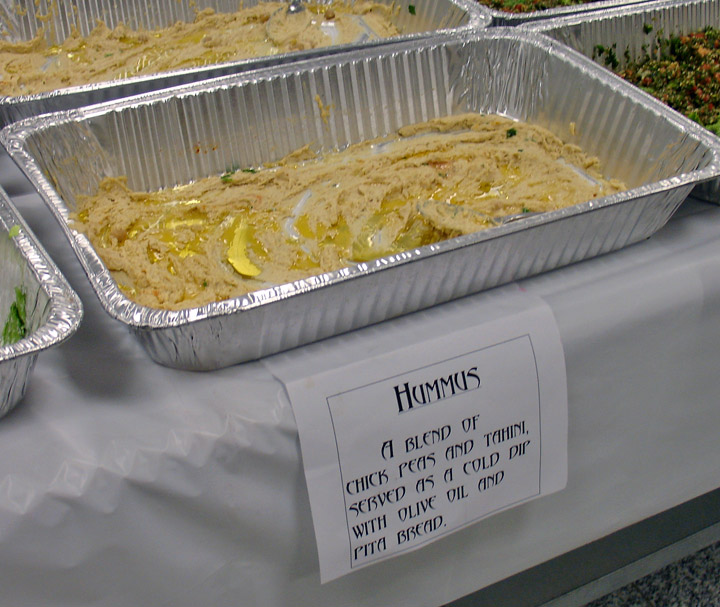 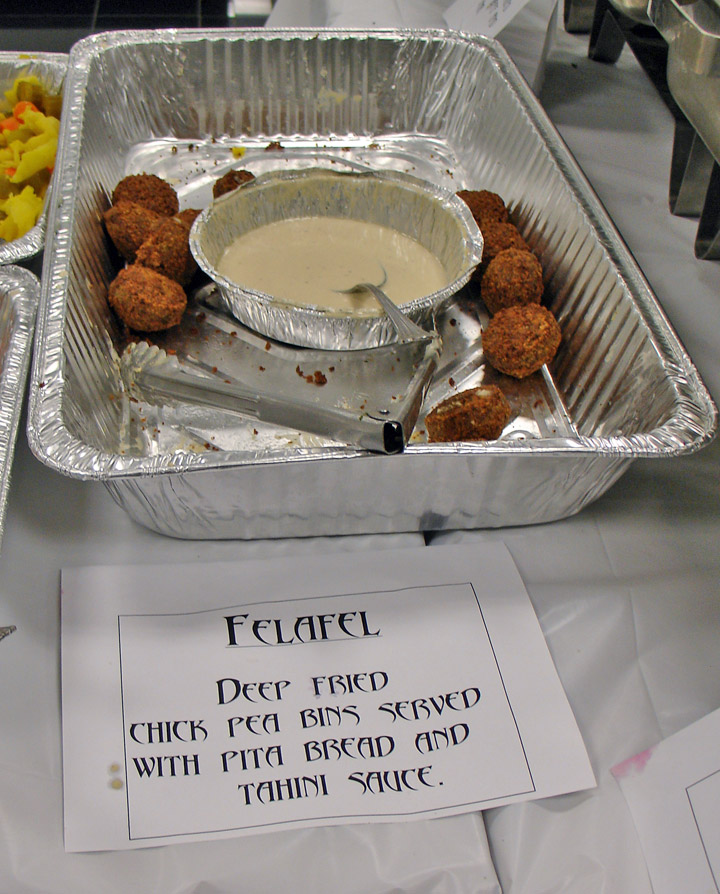 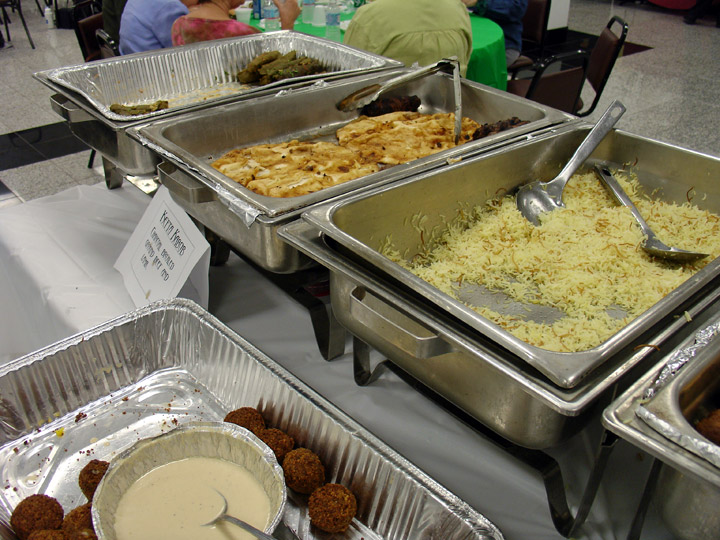