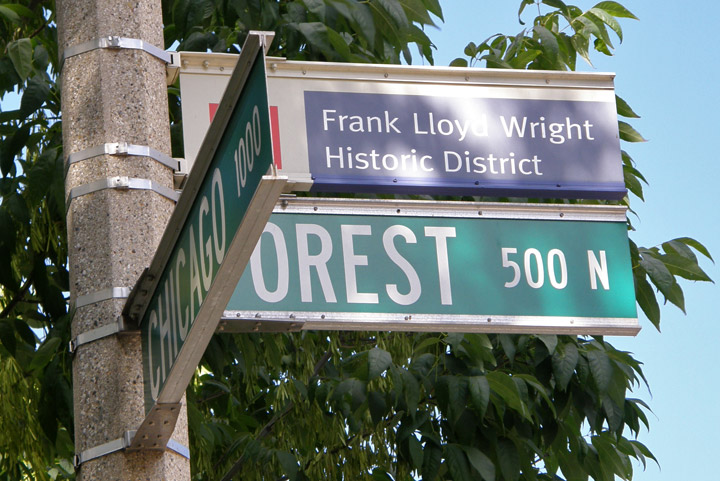 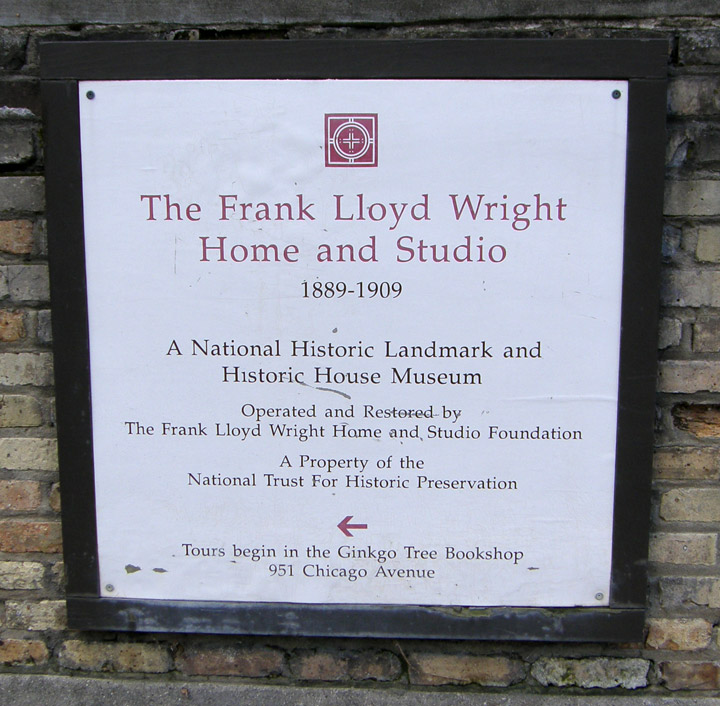 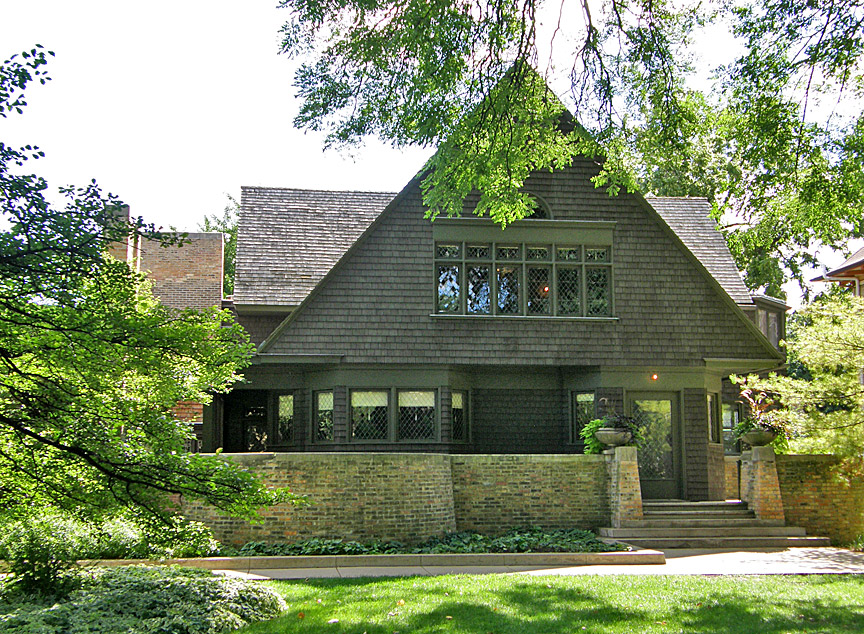 The Frank Lloyd Wright Home and Studio at 951 Chicago Avenue in Oak Park, Illinois, has been restored by the Frank Lloyd Wright Preservation Trust to its appearance in 1909, the last year Frank Lloyd Wright lived there with his family.  Frank Lloyd Wright purchased the property and built the home in 1889 with a $5,000 loan from his employer Louis Sullivan. He was 22 at the time, and newly wed to Catherine Tobin. The Wrights raised six children in the home.  The building was listed on the National Register of Historic Places in 1972 and declared a National Historic Landmark four years later. 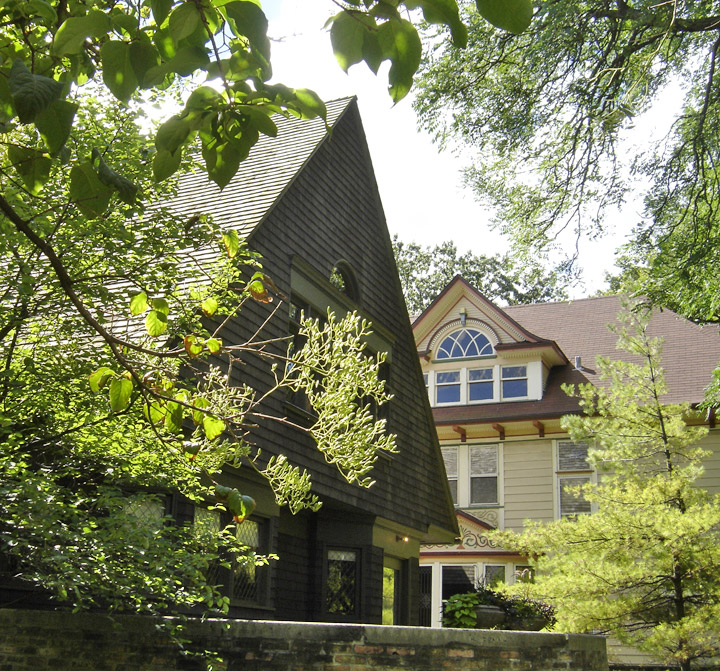 The original 1889 structure was quite small. The home was extensively remodeled in 1895, when among other changes the kitchen was enlarged and converted to a dining room, the upstairs nursery was expanded and converted for use as Catherine's dayroom, and the Children's Playroom and a new kitchen were added to the back of the house. A second major addition was made in 1898, when the Studio and Connecting Corridor were built. 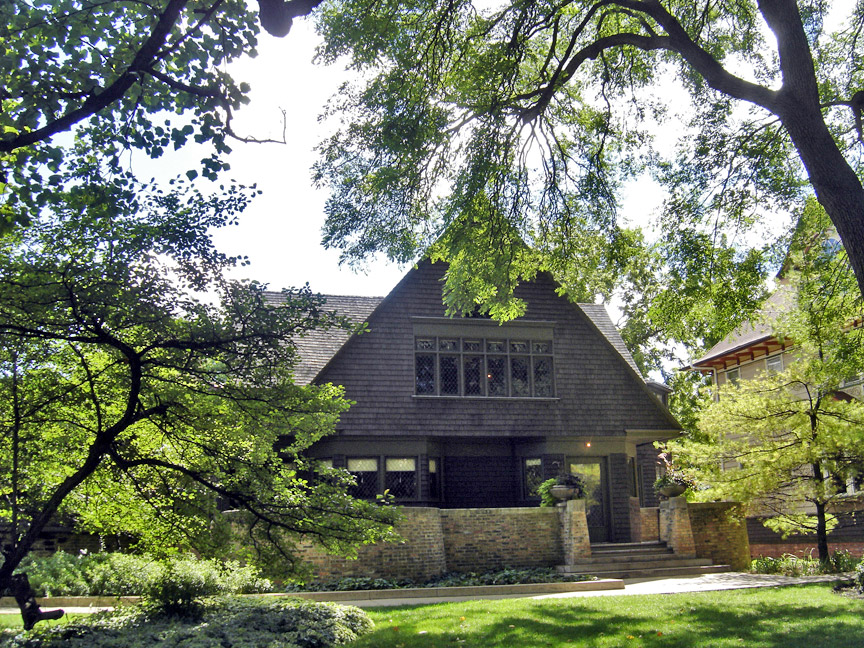 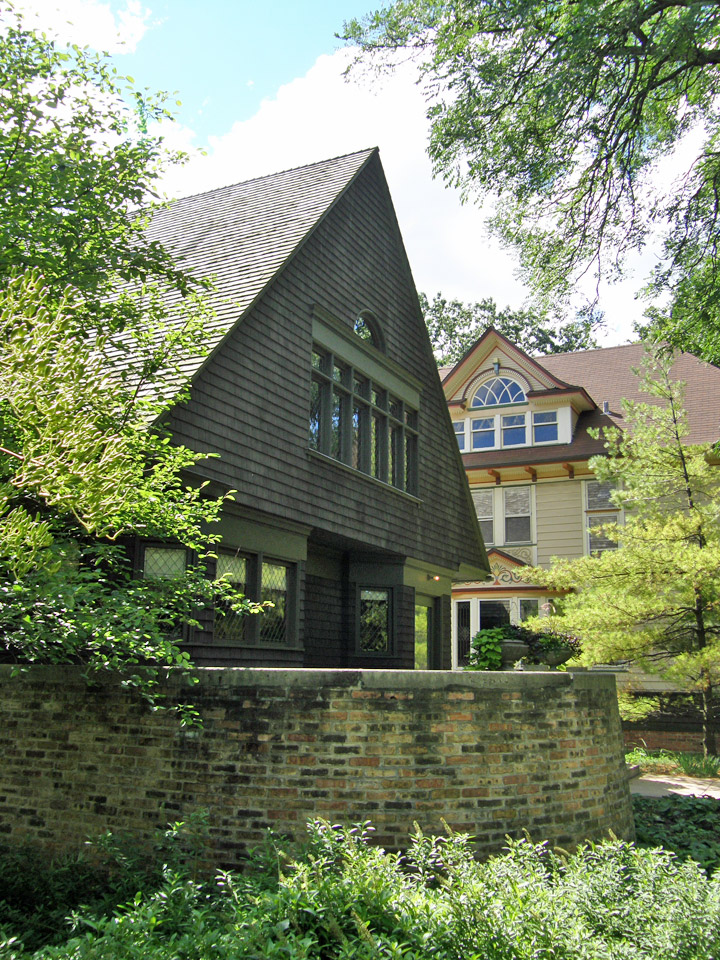 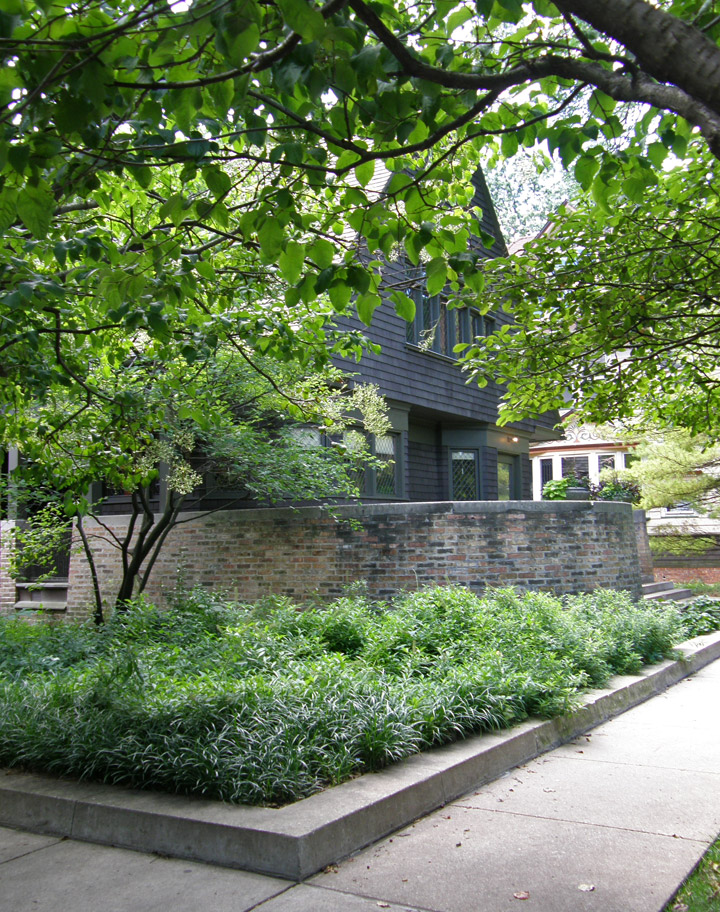 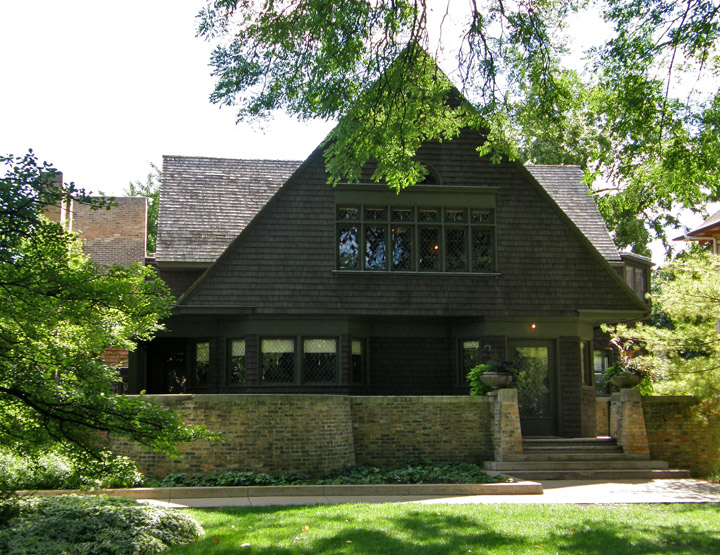 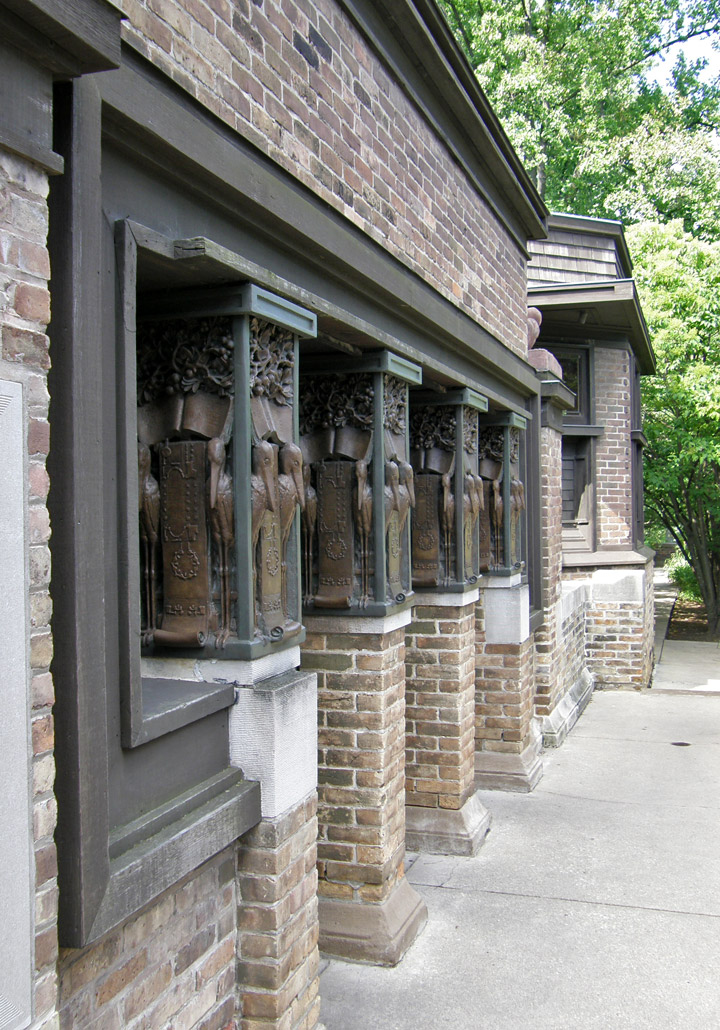 entrance to the studio

In the Studio, Frank Lloyd Wright and associated architects like Walter Burley Griffin and sculptor Richard Bock advanced the Prairie School of Architecture and designed many notable structures, including the Robie House, Unity Temple, the Laura Gale home, and the Larkin building. After 1909, the Studio was converted into a residence for his wife and the younger children. Later on, the Home and Studio became an apartment building. In 1974, the structure was acquired by the National Trust for Historic Preservation and the 13-year restoration began. 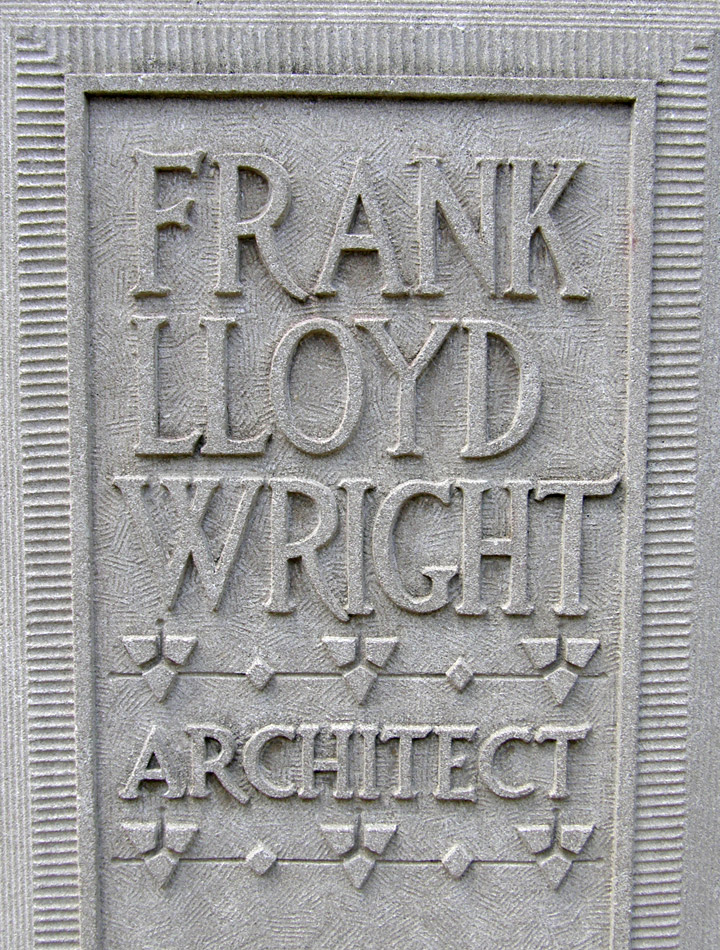 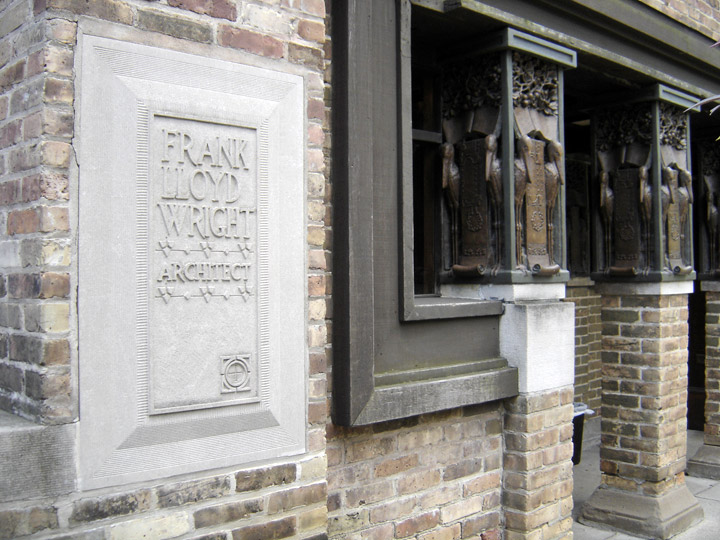 Frank Lloyd Wright's Home and Studio is located in one of three historic districts of Oak Park, Illinois. It is specifically found in the Frank Lloyd Wright-Prairie School of Architecture Historic District, which includes 27 Wright-designed structures as well as other historical and architecturally significant buildings. 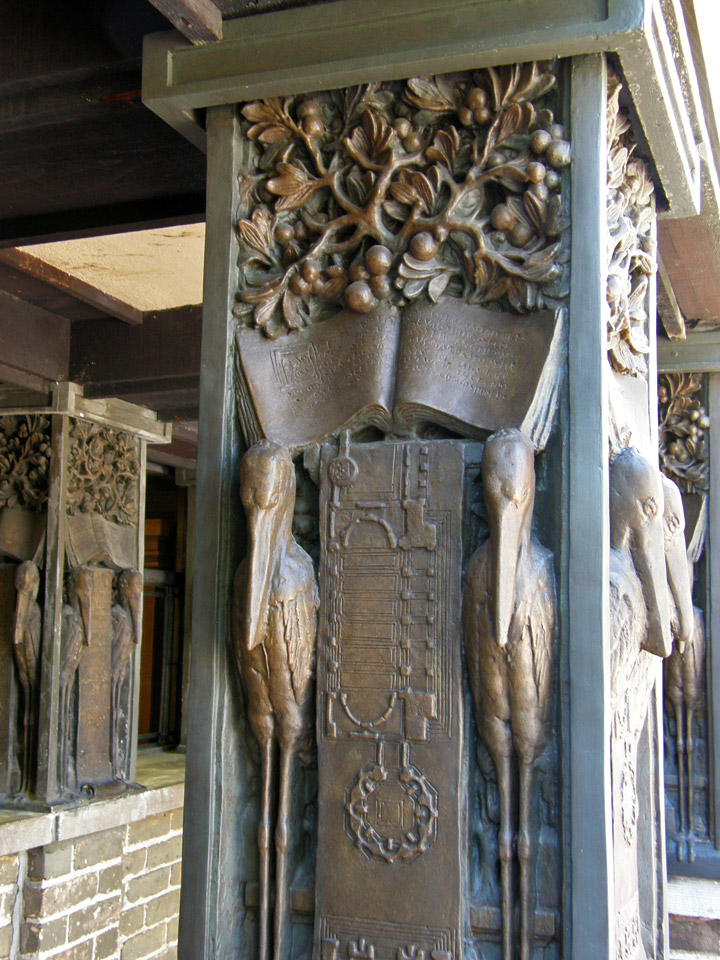 The Ginkgo Tree Bookshop is currently located in the East end of the building, named after a large ginkgo tree just outside. 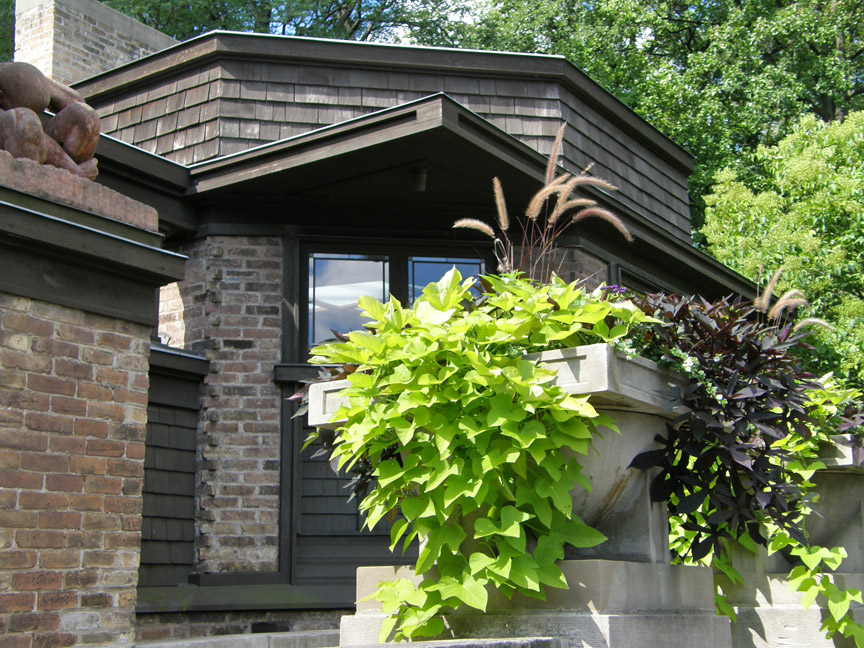 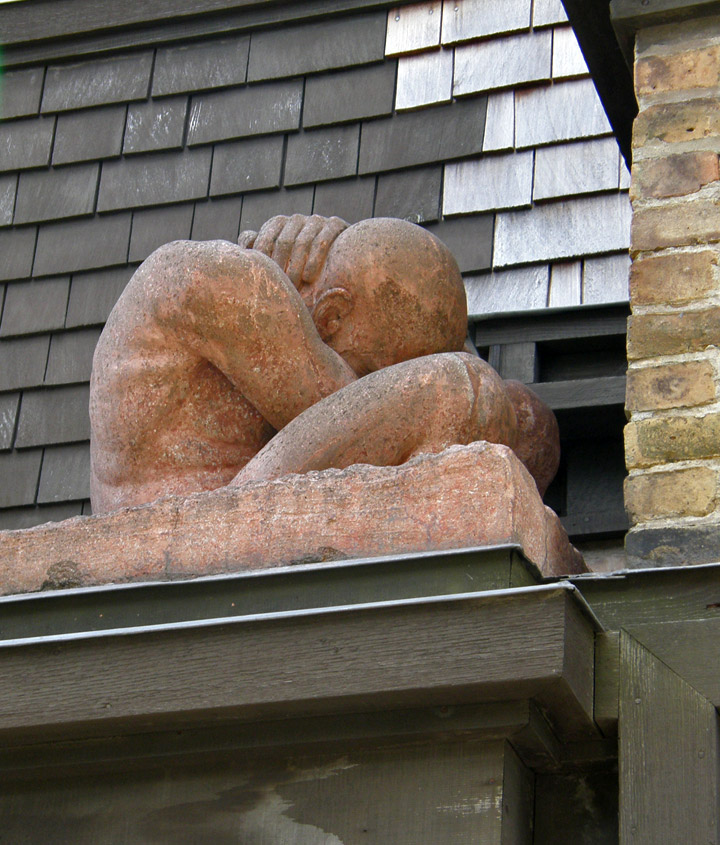 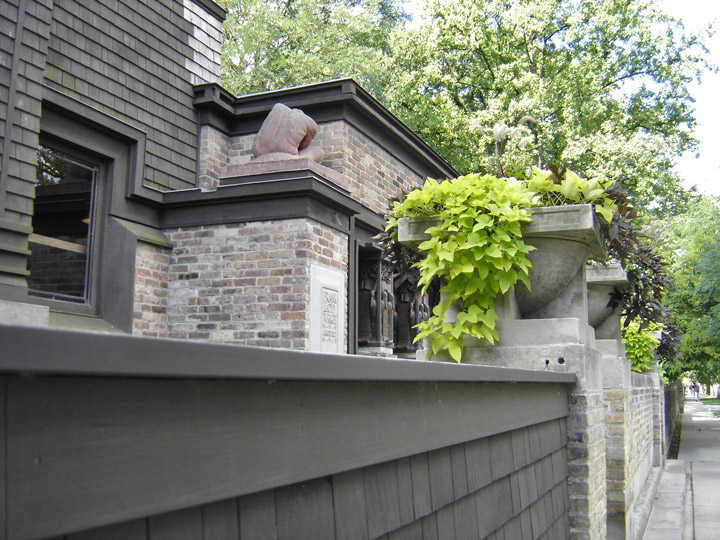 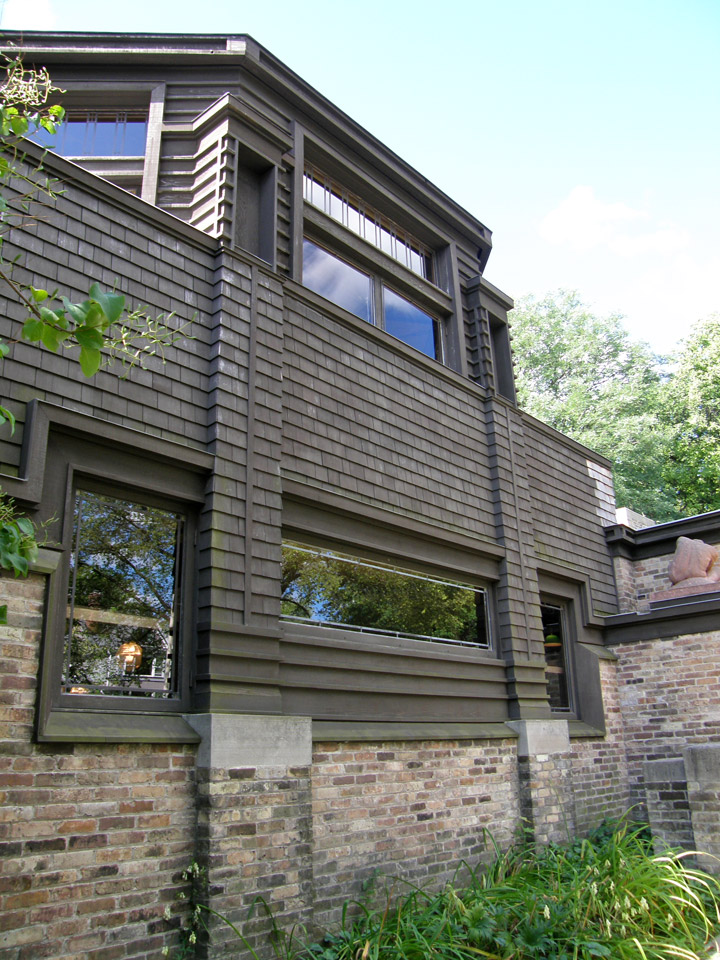 exterior of the studio 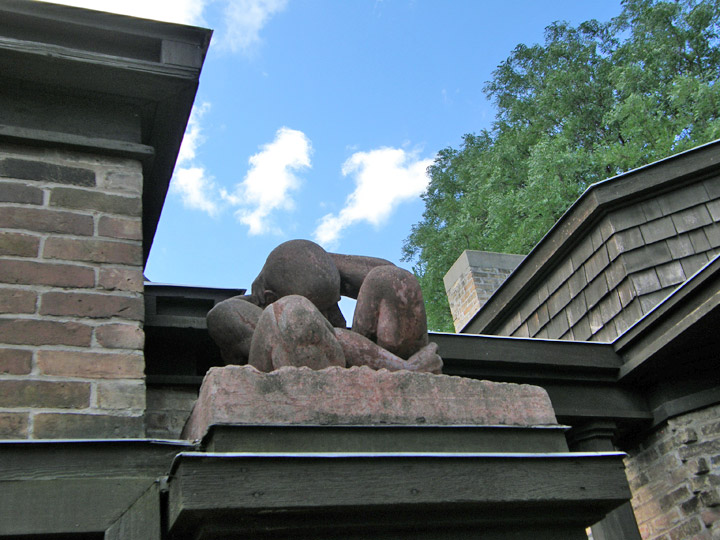 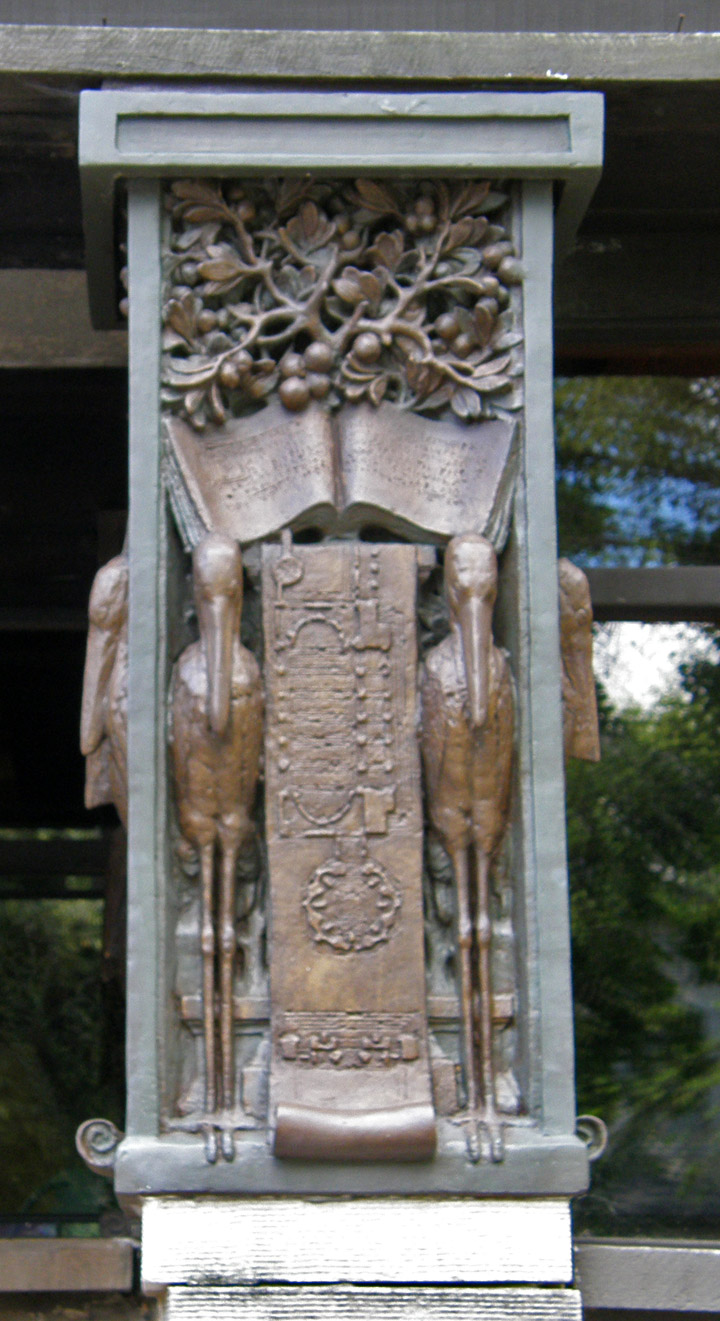 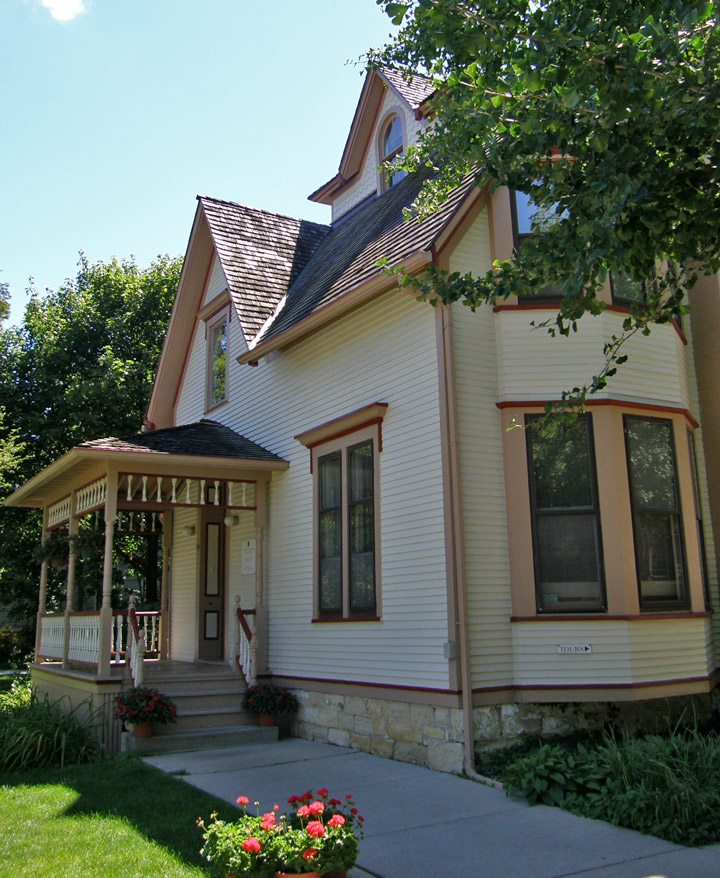 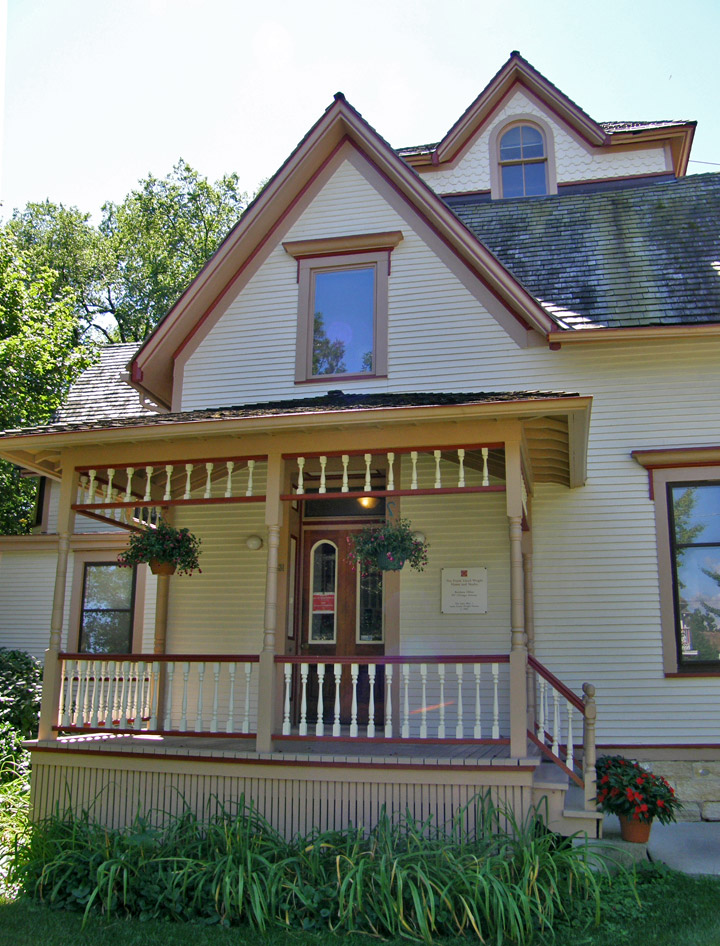 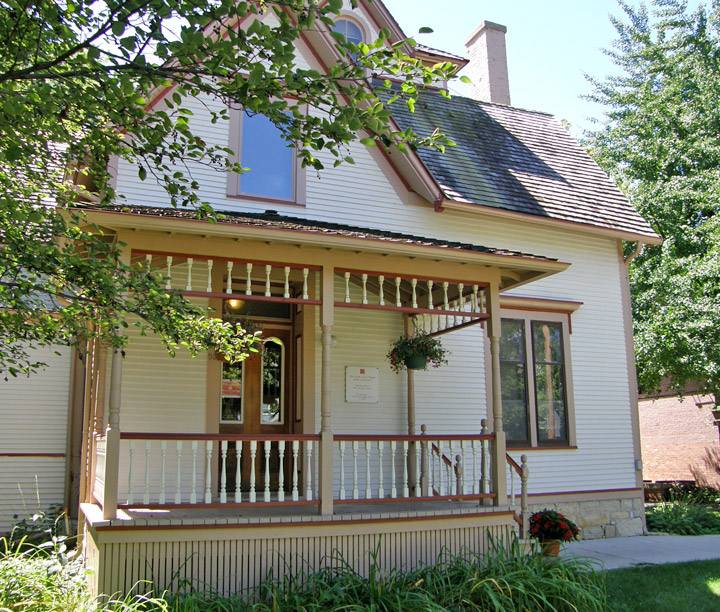