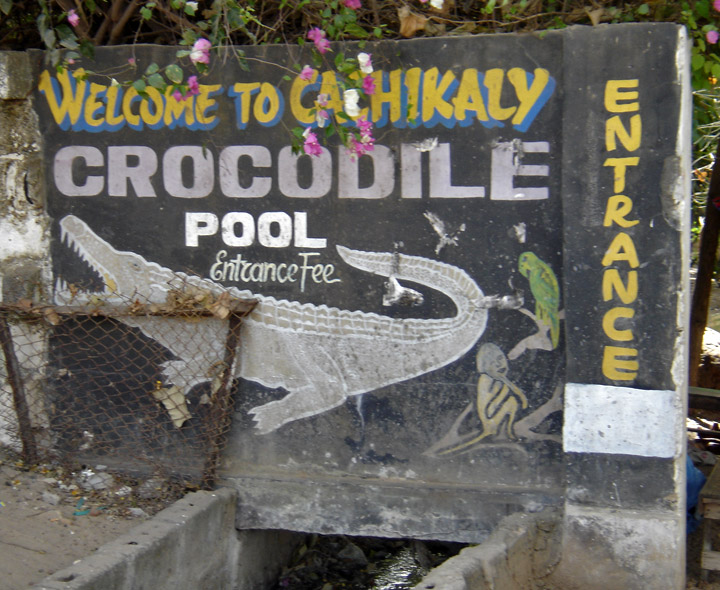 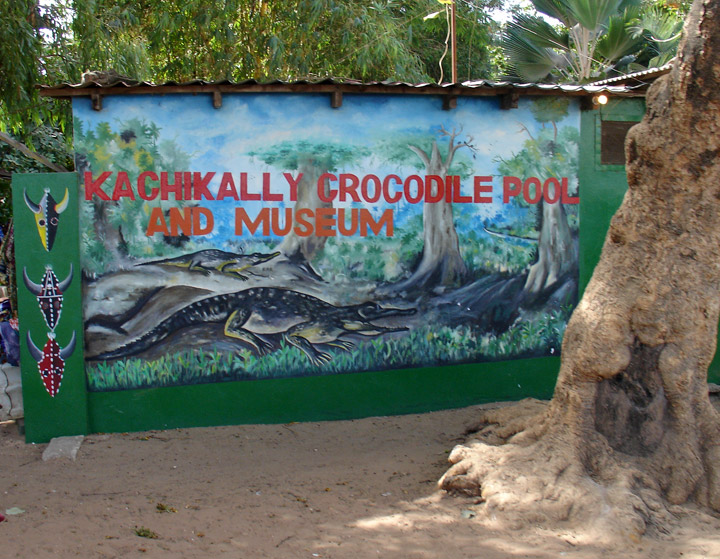 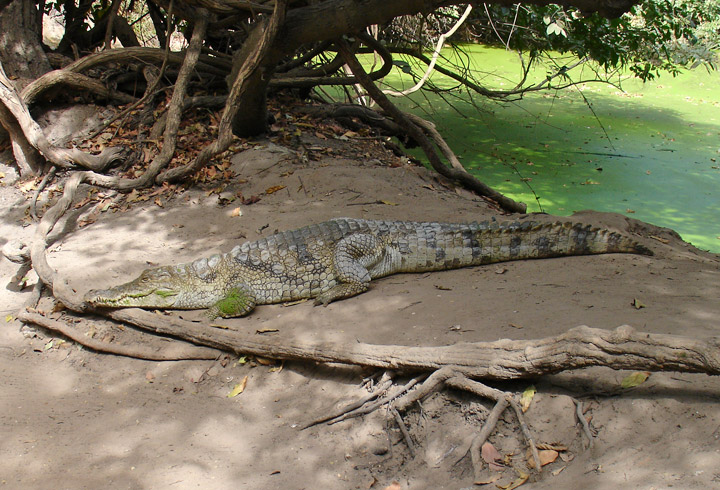 Crocodile beside the pool

Crocodilians are well-adapted as predators, with few natural enemies. Bony plates, called osteoderms, form a kind of armor in their thick skin. Their teeth, about 30 to 40 in each jaw, are set into sockets in the jawbones and interlock when the mouth is closed. In crocodiles, the fourth tooth on each side of the lower jaw protrudes when the mouth is closed; in alligators, these teeth are not visible. The jaws of crocodilians are powerful enough in closing to crush the bones of small animals, but so weak in opening that they can be held together by hand. As the crocodilian floats almost completely submerged, its protruding nostrils and eyes and a portion of its back are the only parts visible as it stalks its prey. Crocodilians are the most vocal reptiles, producing sounds from quiet hisses to fearsome roars and bellows, usually during the mating season. On land, crocodilians move quickly in a belly crawl but can also gallop and walk mammal-like on all four legs. 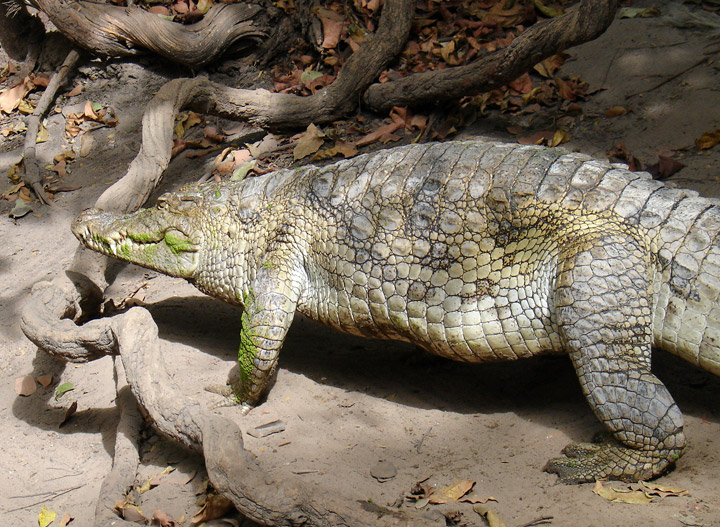 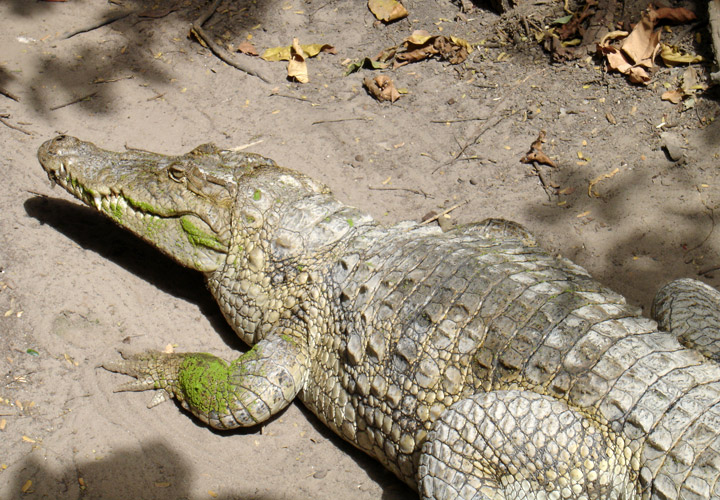 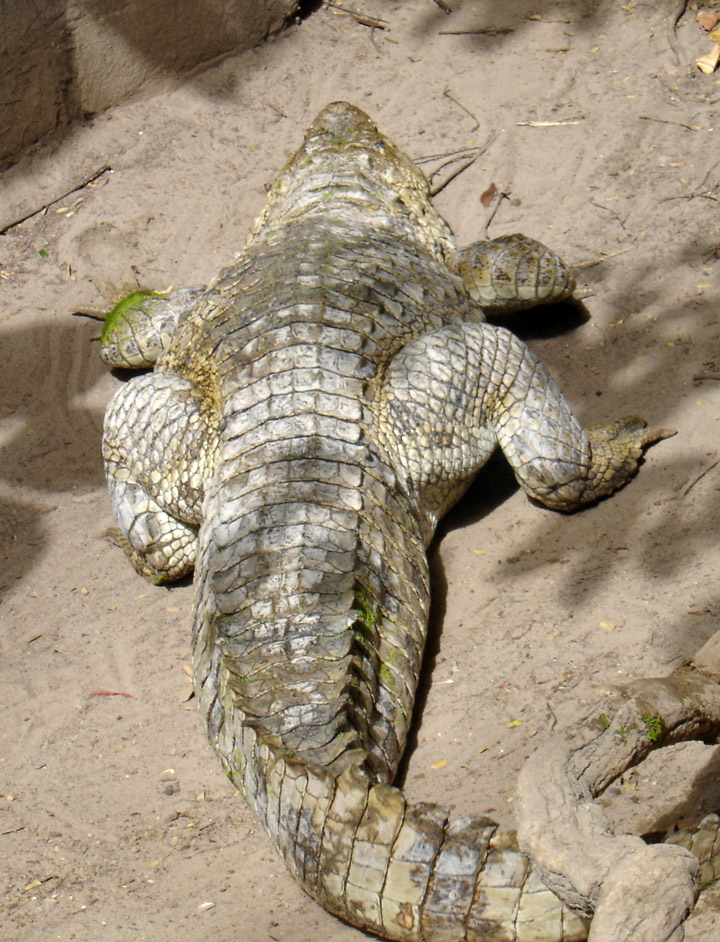 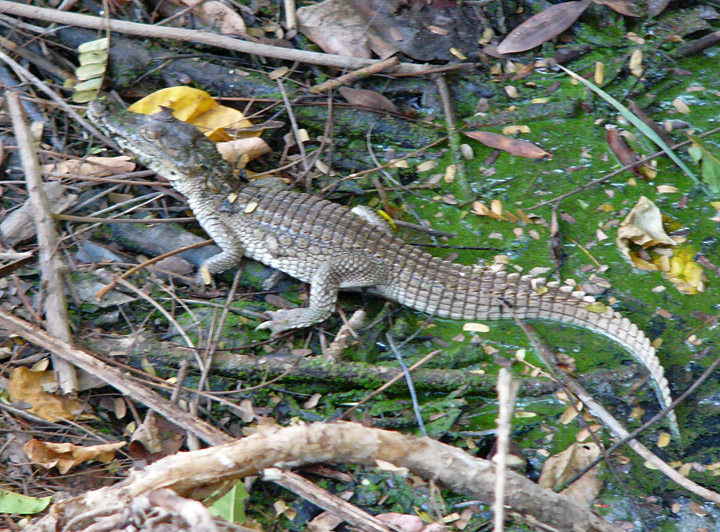 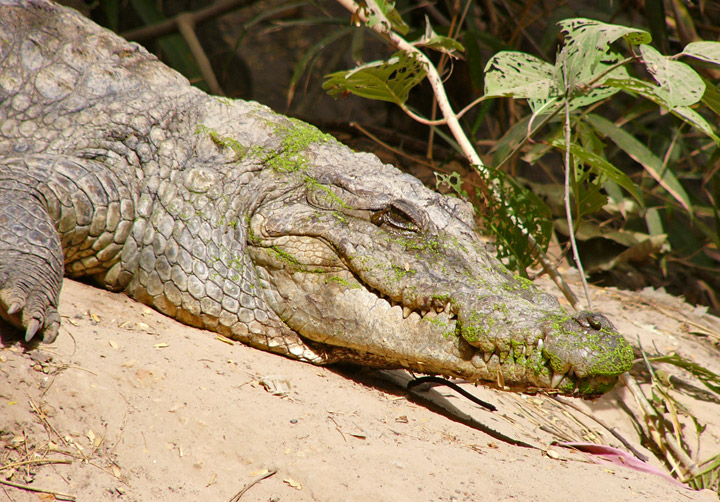 Crocodiles are physiologically the most advanced reptiles; their internal anatomy resembles that of birds. They have a four-chambered heart and well-developed senses. Cold-blooded like all reptiles-their body temperature depends on the environment-crocodilians bury themselves in mud to estivate or hibernate. In warm regions they are dormant during droughts; in colder regions, during winter. 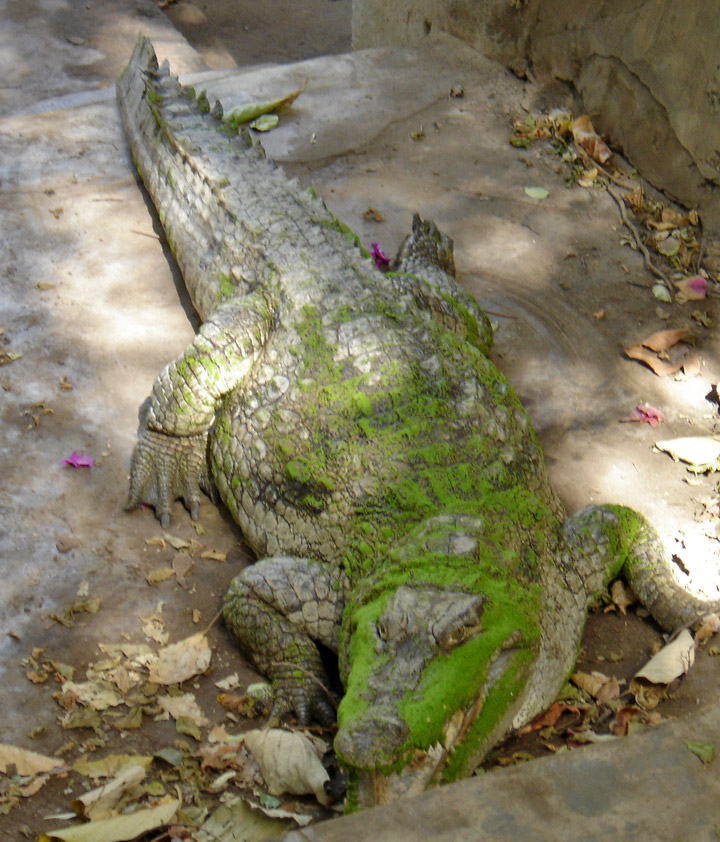 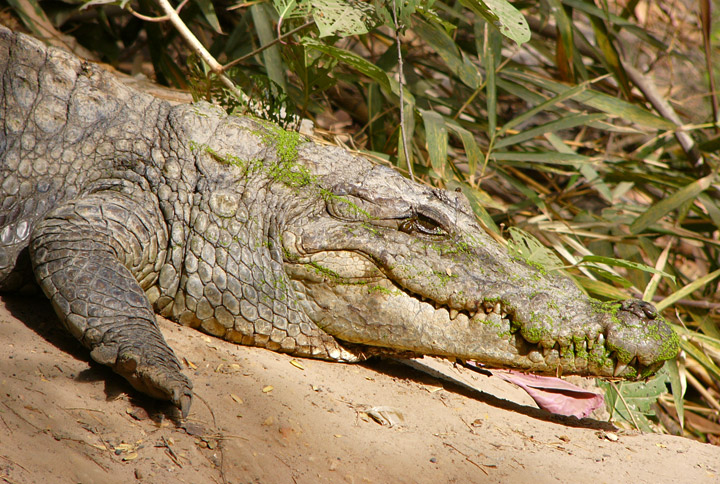 Crocodilians are egg-laying, or oviparous, reptiles, reaching reproductive maturity at about the age of ten. The eggs, 20 to 90 in number and about the size of goose eggs, are buried in sand, mud, or vegetable debris, where they are left to hatch by the heat of the sun or of vegetable decomposition. Females of some species remain in the area to protect the nest and care for the newly hatched young, although many of the eggs and young are lost to predators. The parental behavior of crocodilians is unique among reptiles and points to their affinity with birds. 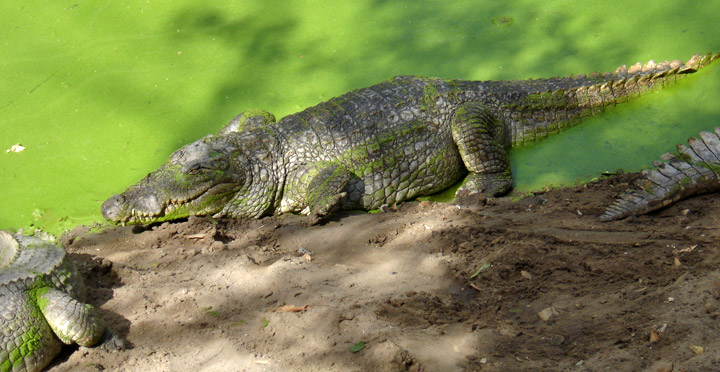 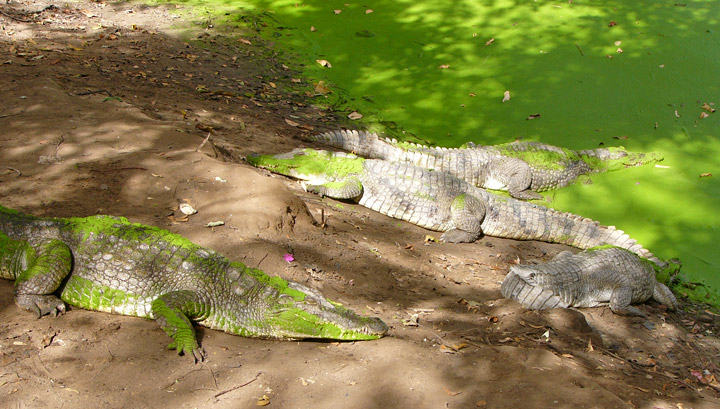 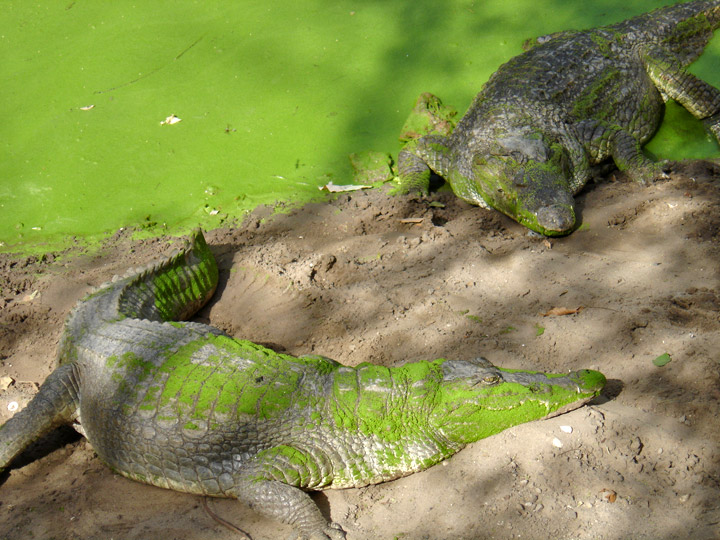 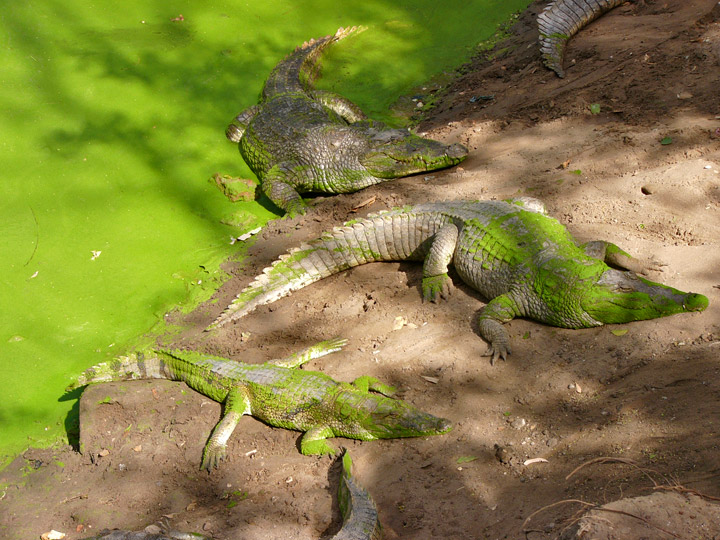 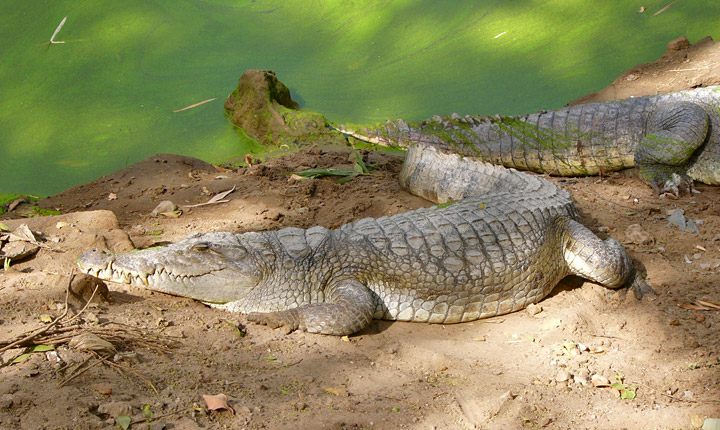 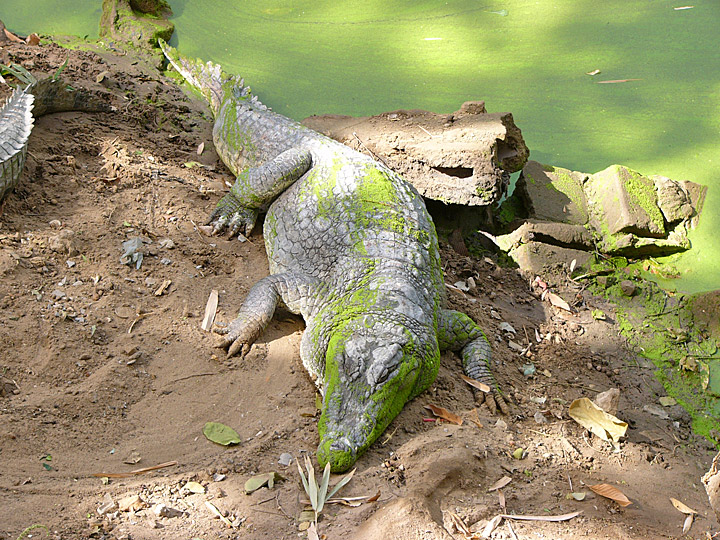 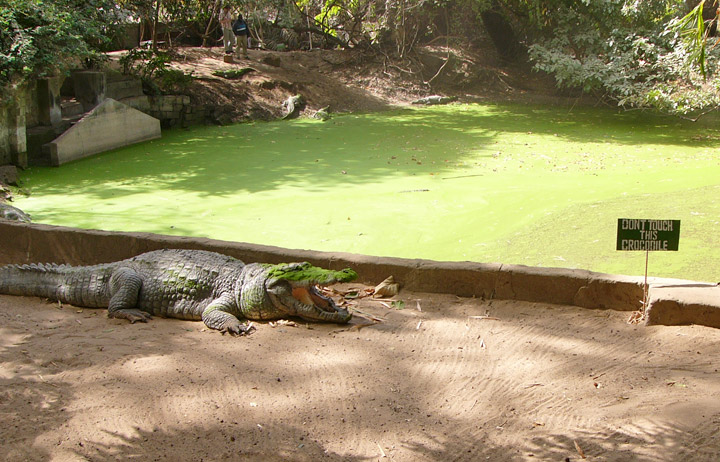 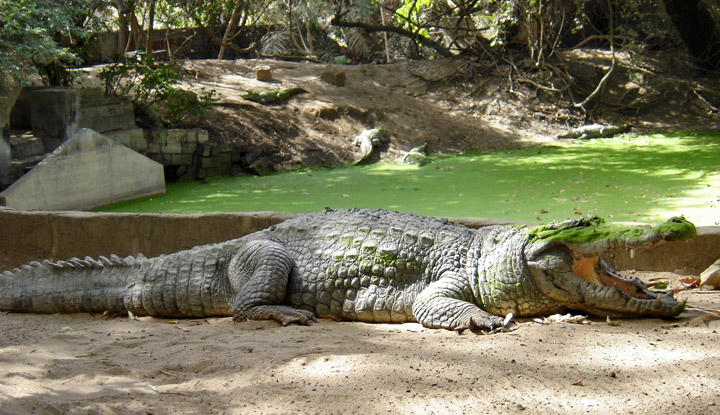 this one not to be touched 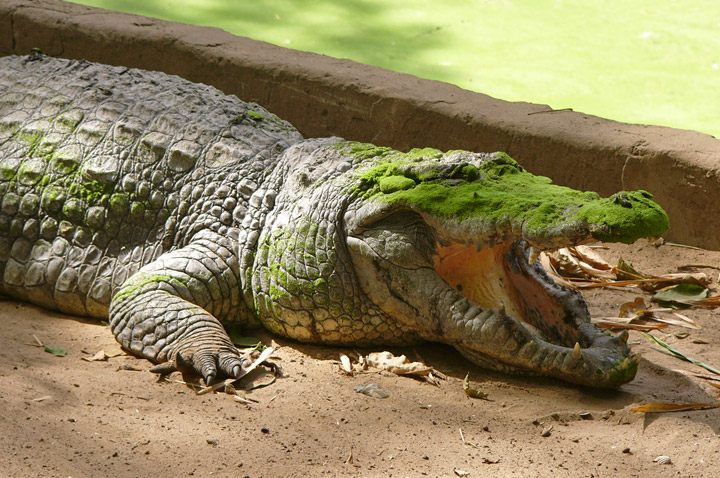