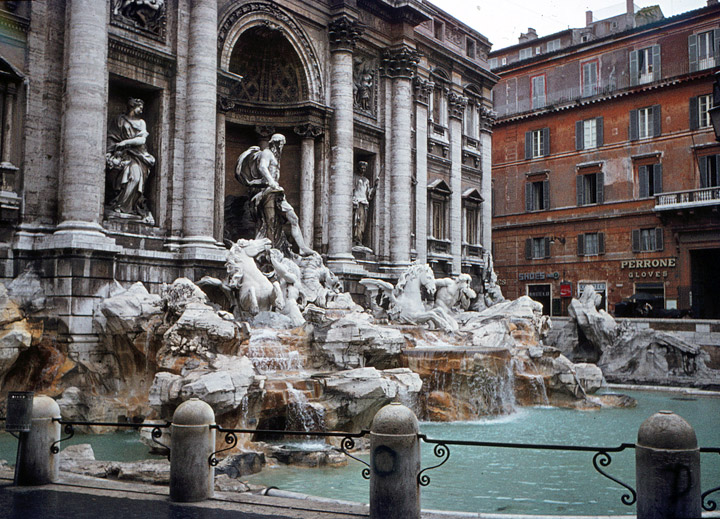 The Trevi Fountain (Italian: Fontana di Trevi) is the largest — standing 25.9 meters (85 feet) high and 19.8 meters (65 feet) wide — and most ambitious of the Baroque fountains of Rome. It is located in the rione of Trevi. 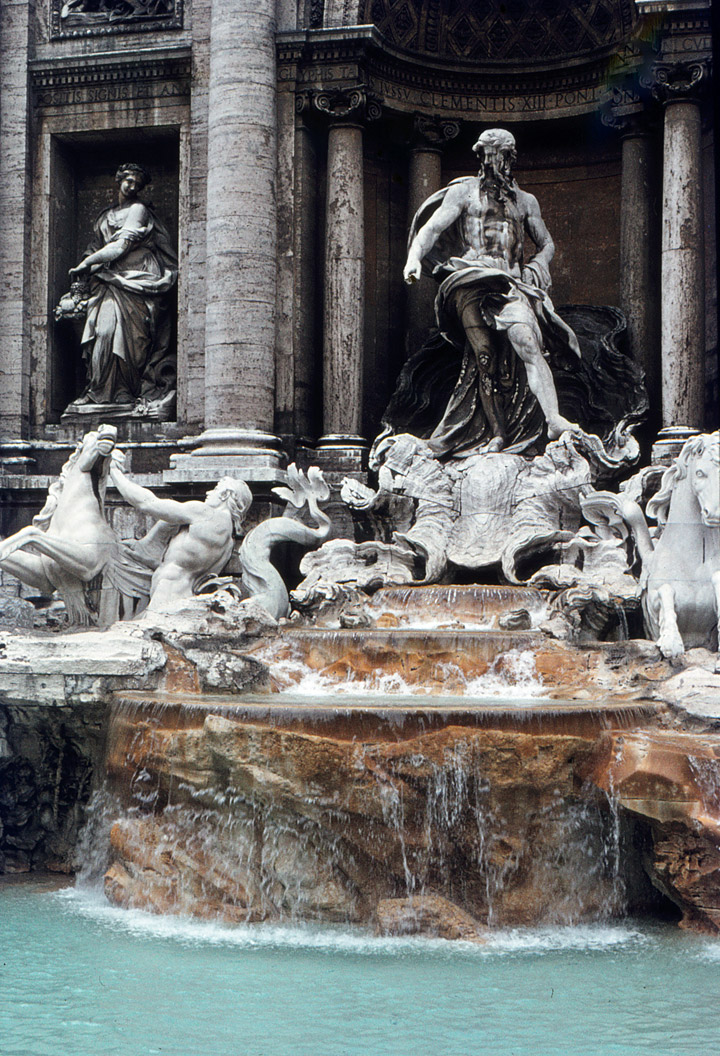 The fountain at the juncture of three roads (tre vie) marks the terminal point of the "modern" Acqua Vergine, the revivified Aqua Virgo, one of the ancient aqueducts that supplied water to ancient Rome. In 19 BC, supposedly with the help of a virgin, Roman technicians located a source of pure water some 13 km (8 miles) from the city. (This scene is presented on the present fountain's facade). However, the eventual indirect route of the aqueduct made its length some 22 km (14 miles). This Aqua Virgo led the water into the Baths of Agrippa. It served Rome for more than four hundred years. The "coup de grace" for the urban life of late classical Rome came when the Goth besiegers in 537/38 broke the aqueducts. Medieval Romans were reduced to drawing water from polluted wells and the Tiber River, which was also used as a sewer. 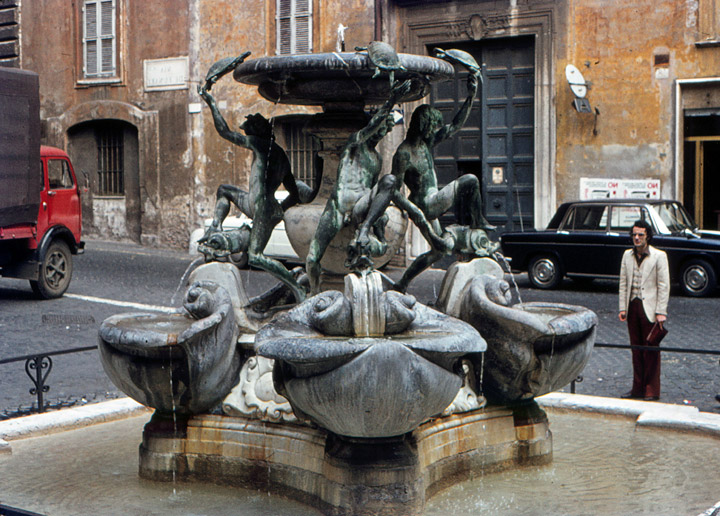 The Roman custom of building a handsome fountain at the endpoint of an aqueduct that brought water to Rome was revived in the fifteenth century, with the Renaissance. In 1453, Pope Nicholas V finished mending the Acqua Vergine aqueduct and built a simple basin, designed by the humanist architect Leon Battista Alberti, to herald the water's arrival. 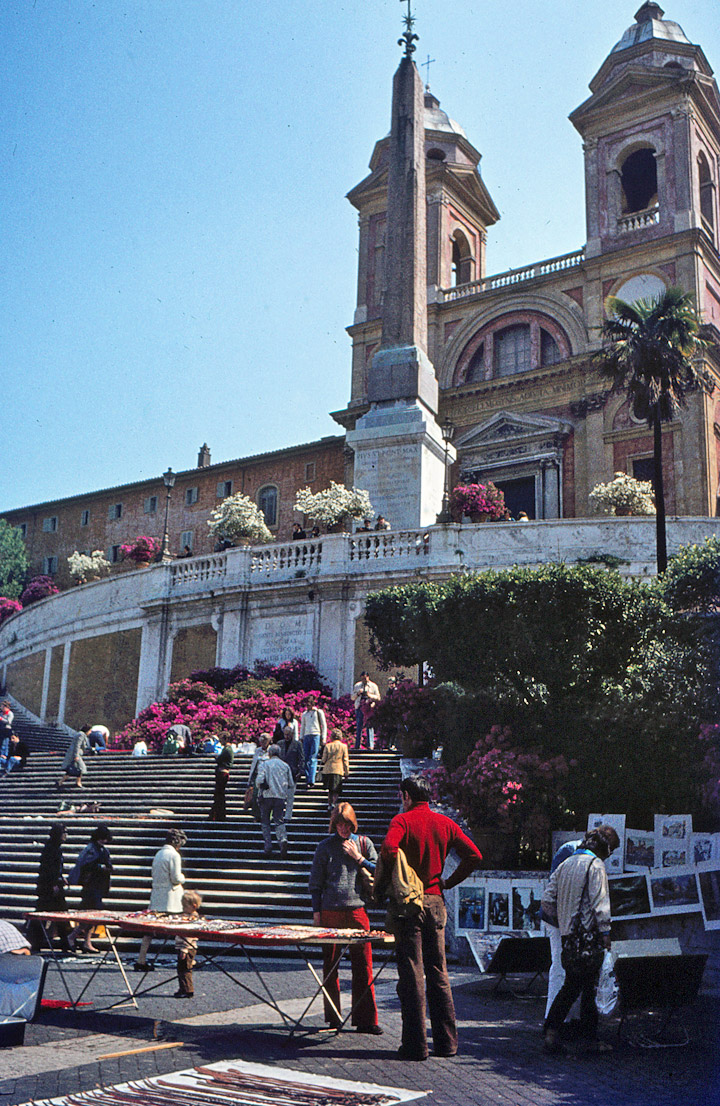 In 1629 Pope Urban VIII, finding the earlier fountain insufficiently dramatic, asked Bernini to sketch possible renovations, but when the Pope died the project was abandoned. Bernini's lasting contribution was to resite the fountain from the other side of the square to face the Quirinal Palace (so the Pope could look down and enjoy it). Though Bernini's project was torn down for Salvi's fountain, there are many Bernini touches in the fountain as it was built. An early, striking and influential model by Pietro da Cortona, preserved in the Albertina, Vienna, also exists, as do various early eighteenth century sketches, most unsigned, as well as a project attributed to Nicola Michetti one attributed to Ferdinando Fugaand a French design by Edme Bouchardon. 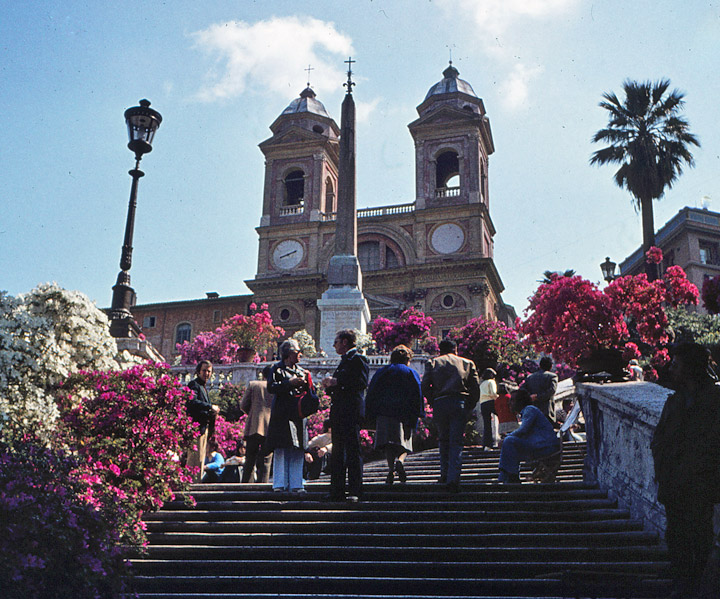 Competitions had become the rage during the Baroque era to design buildings, fountains, and even the Spanish Steps. In 1730 Pope Clement XII organized a contest in which Nicola Salvi initially lost to Alessandro Galilei — but due to the outcry in Rome over the fact that a Florentine won, Salvi was awarded the commission anyway. Work began in 1732, and the fountain was completed in 1762, long after Clement's death, when Pietro Bracci's 'Neptune' was set in the central niche. 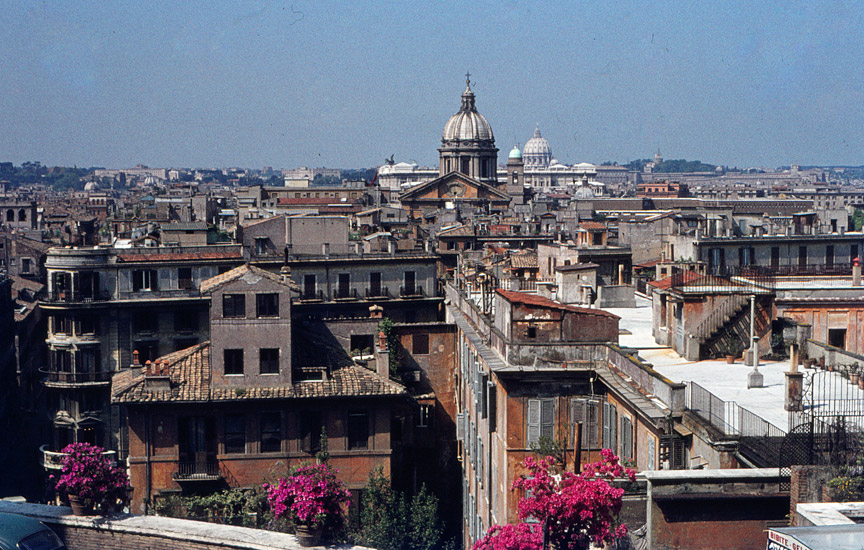 view from the Spanish Steps

Salvi died in 1751, with his work half-finished, but before he went he made sure a stubborn barber's unsightly sign would not spoil the ensemble, hiding it behind a sculpted vase. The Trevi Fountain was finished in 1762 by Giuseppe Pannini, who substituted the present bland allegories for planned sculptures of Agrippa and "Trivia", the Roman virgin.