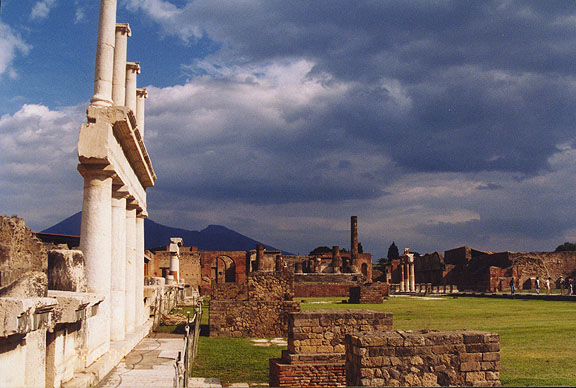 ruins of the city of Pompeii

Pompeii, ancient city of Italy, in the Campania Region, built at the mouth of the Sarnus River (now Sarno), a few miles south of Mount Vesuvius, between Herculaneum and Stabiae. The city was founded about 600 BC by the Oscans, who were later conquered by the Samnites. Under the dictator Lucius Cornelius Sulla it became a Roman colony in 80 BC and later a favorite resort for wealthy Romans, reaching a population of about 20,000 at the beginning of the Christian era. It was also a place of considerable trade and was the port town of Nola and other inland cities of the fertile valley of the Sarnus. 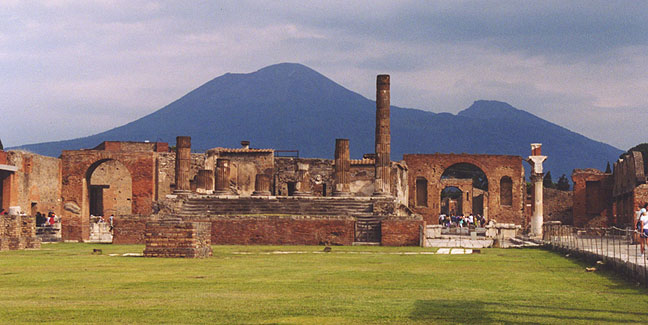 Pompeii with Mount Vesuvius in the background

The city was much damaged by an earthquake in AD 63 and was completely demolished in AD79 by an eruption of Mount Vesuvius that overwhelmed the towns of Pompeii, Herculaneum, and Stabiae. The eruption also changed the course of the Sarnus and raised the sea beach, placing the river and the sea at a considerable distance from the ruined city and obscuring the original site. 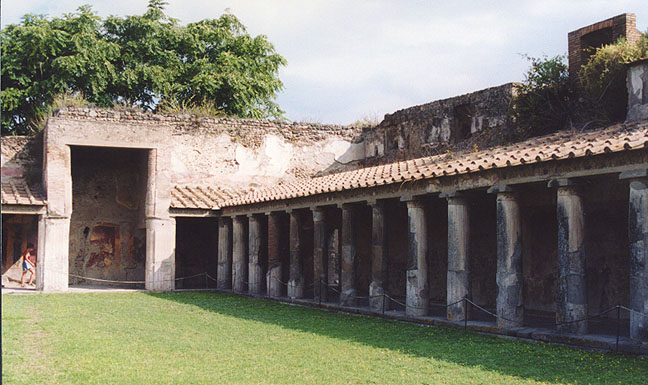 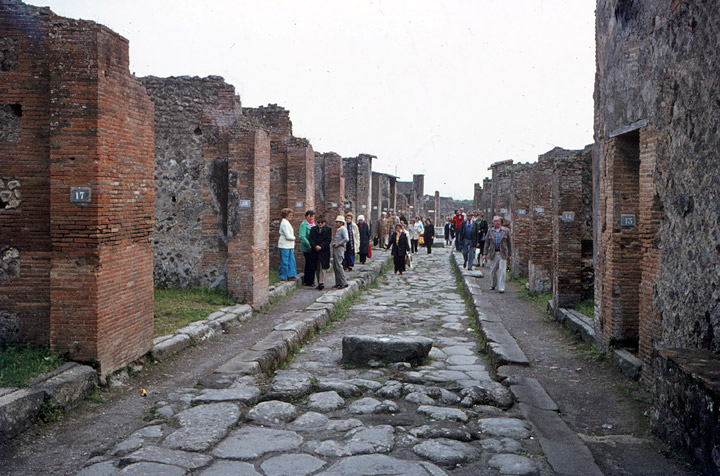 For more than 1500 years Pompeii lay undisturbed beneath heaps of ashes and cinders, and not until 1748 were excavations undertaken. The importance of the discoveries first came to the attention of the world through the work of the German classical archaeologist Johann Joachim Winckelmann. New discoveries continued to be made throughout the 19th century and into the 20th. In 1912, in a street that connects the Strada dell' Abbondanza with the amphitheater, several houses were found, each with a balcony on the second floor that was 6 m (20 ft) long and 1.5 m (5 ft) deep. 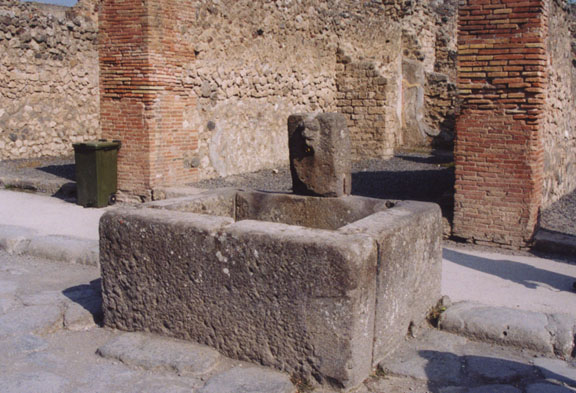 a fountain
(water came to the city through an aqueduct) 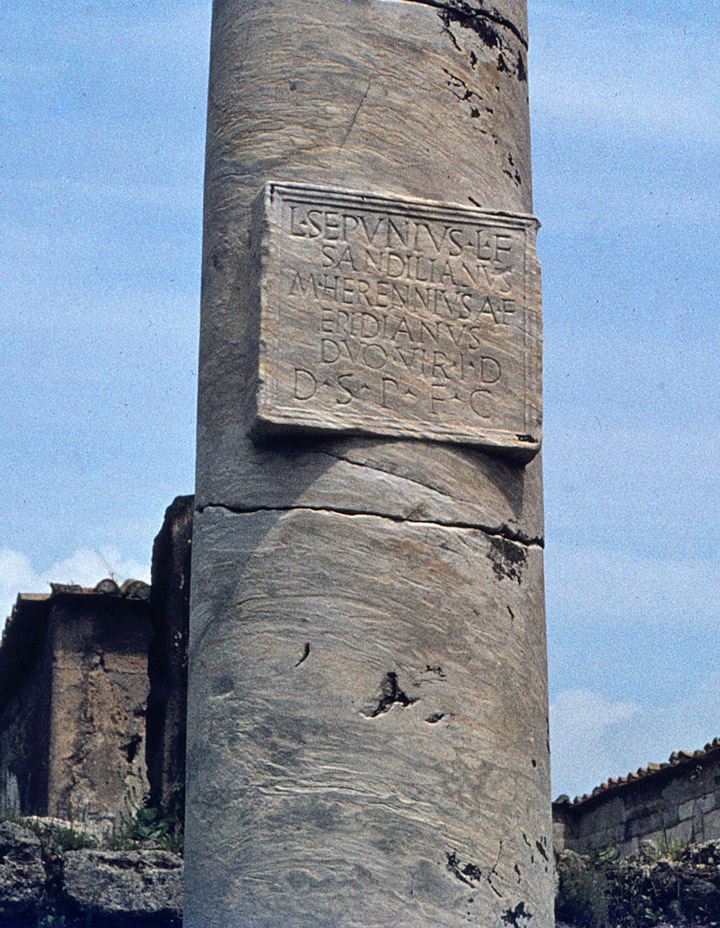 This section of the city is known to tourists as the Nuovi Scavi (New Excavations). Some of the ruins were badly damaged by air raids during World War II and had to be restored. Additional excavations are continuously made. More than one-fourth of the city remains to be excavated, and much of this area lies beneath piles of earth heaped up from earlier excavations. 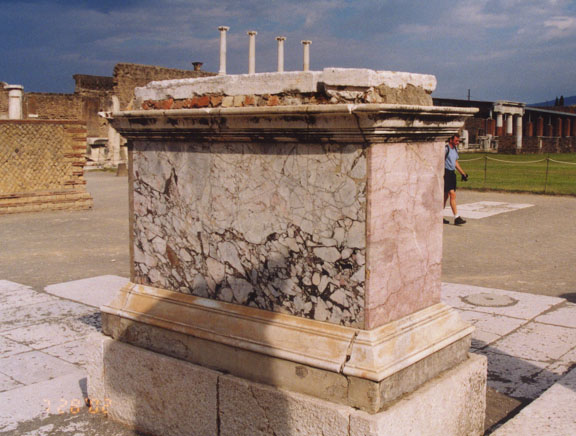 showing some of the marble with adored all the buildings 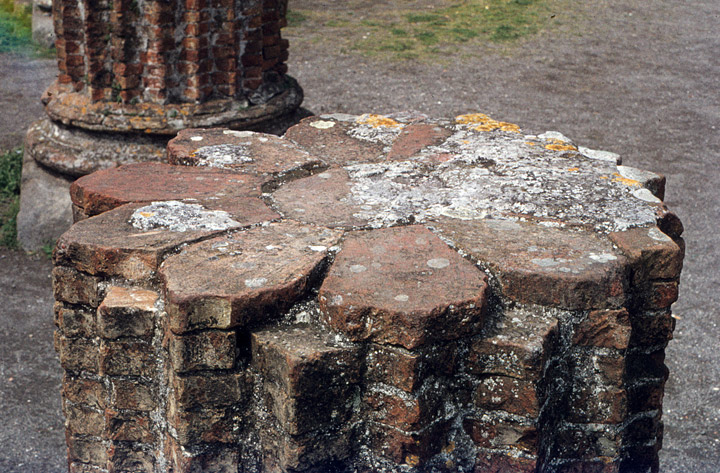 Among the most significant aspects of the discoveries at Pompeii is the remarkable degree of preservation of the ancient objects. The showers of wet ashes and cinders that accompanied the eruption formed a hermetic seal about the town, preserving many public structures, temples, theaters, baths, shops, and private dwellings. 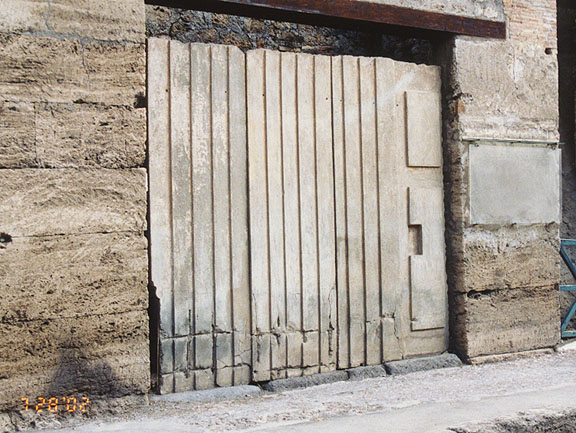 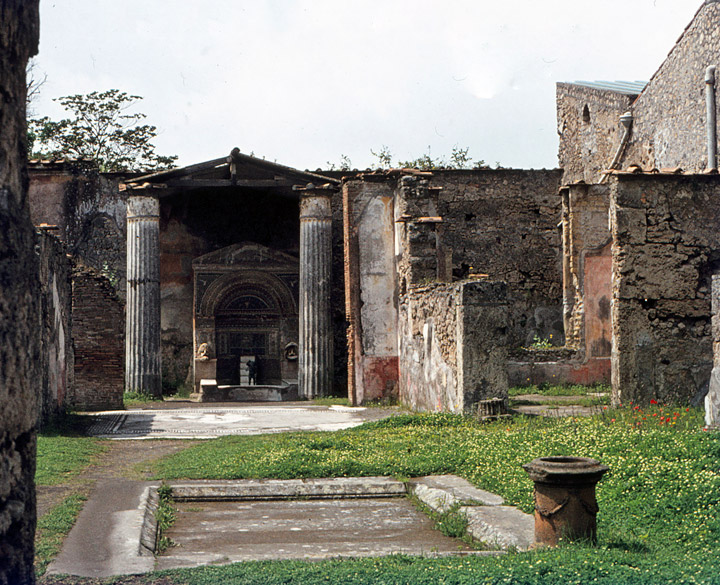 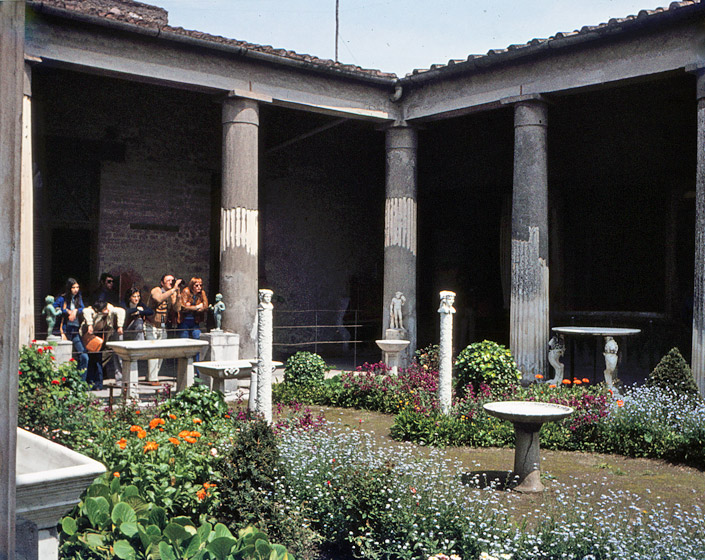 In addition, remnants of some of the 2000 victims of the disaster were found in the ruins of Pompeii, including several gladiators who had been placed in chains to prevent them from escaping or committing suicide. Ashes, mixed with rain, had settled around the bodies in molds that remained after the bodies themselves had turned to dust. Liquid plaster was poured into some of these molds by the excavators, and the forms of the bodies have thereby been preserved; some of these figures are exhibited in the museum erected at Pompeii near the Porta Marina, one of the eight gates of the city. 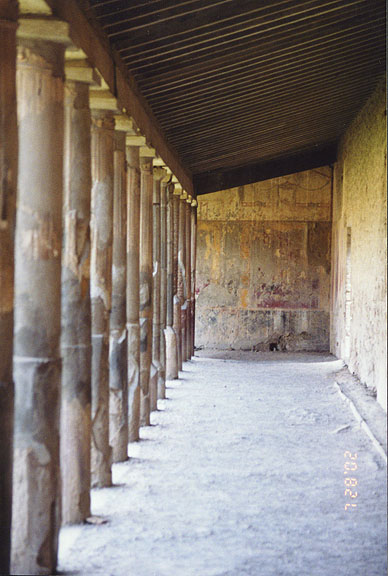 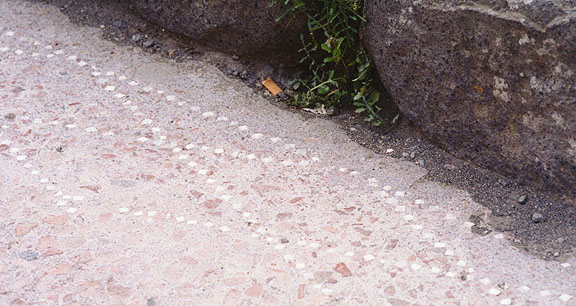 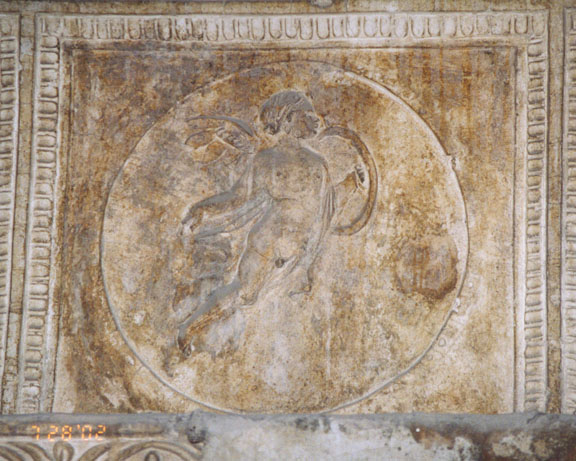 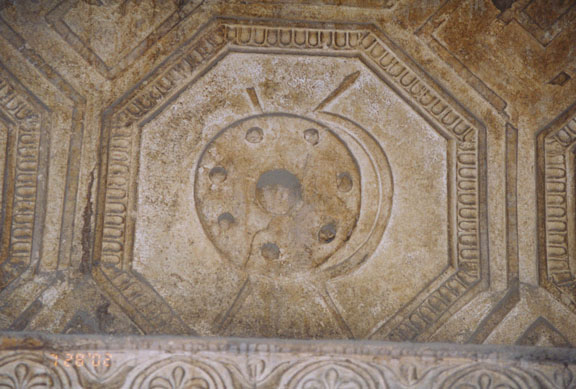 Most of the inhabitants escaped the eruption, carrying with them their movable assets. After the eruption they tunneled into and around the houses and public buildings, and carried off almost everything of value, even to the extent of stripping marble slabs from the buildings. For this reason few objects of great value have been discovered at Pompeii. 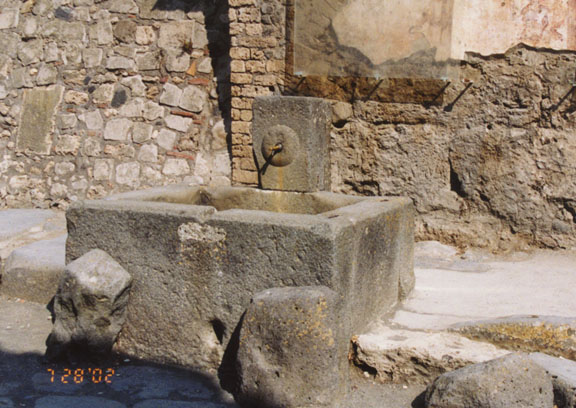 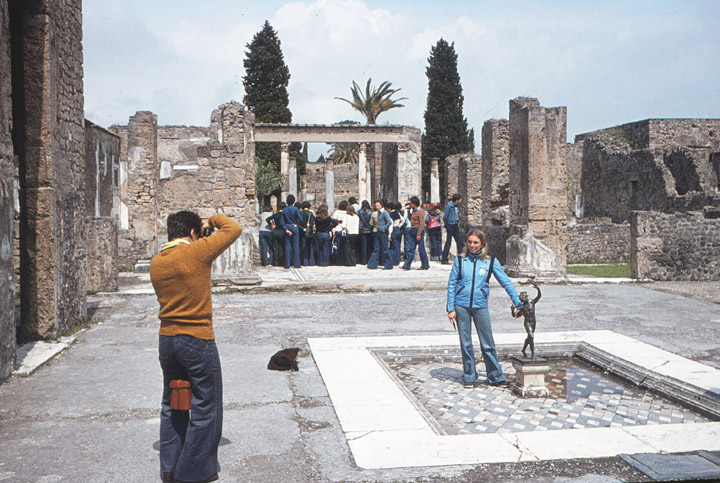 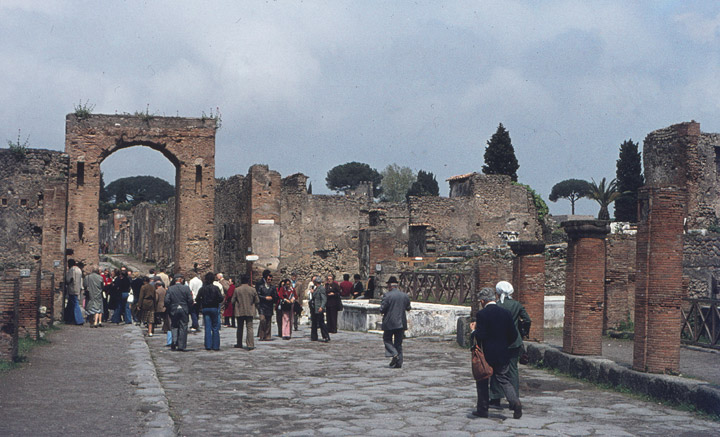 Most of the movable objects that were found, and some of the best-executed wall paintings and floor mosaics, have been removed to the National Museum in Naples. Taken together, the buildings and objects provide a remarkably realistic and complete picture of life in an Italian provincial city of the 1st century AD . The surviving edifices, representing a transition from the pure Greek style to the building methods of the Roman Empire, have been especially important for the study of Roman architecture. 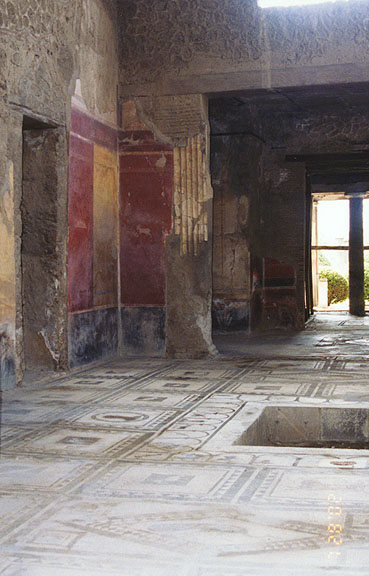 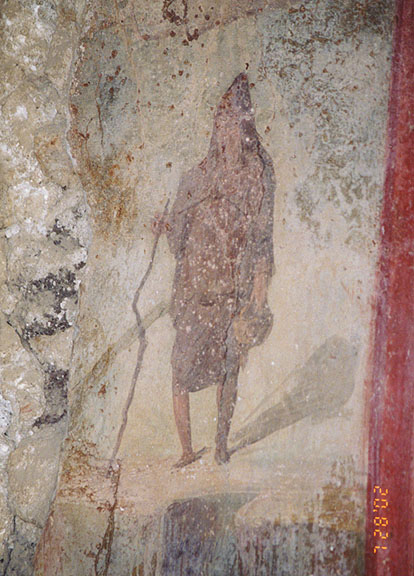 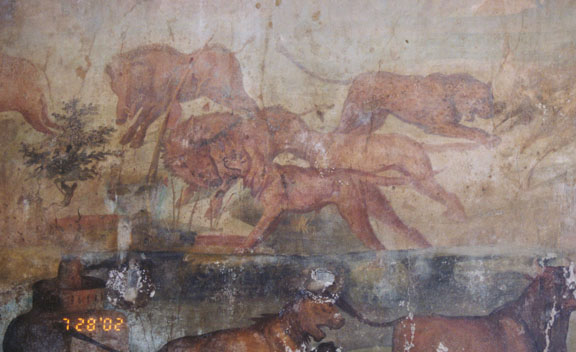 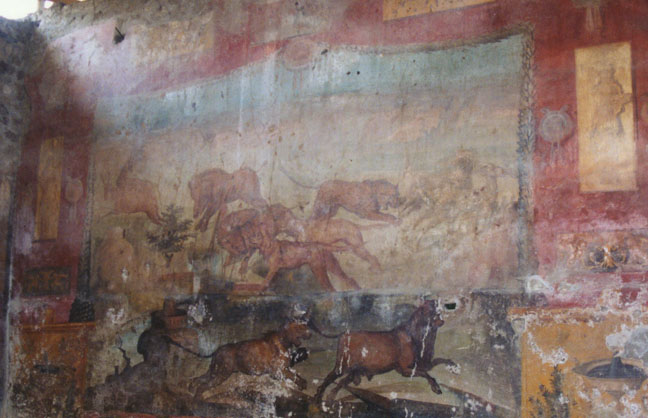 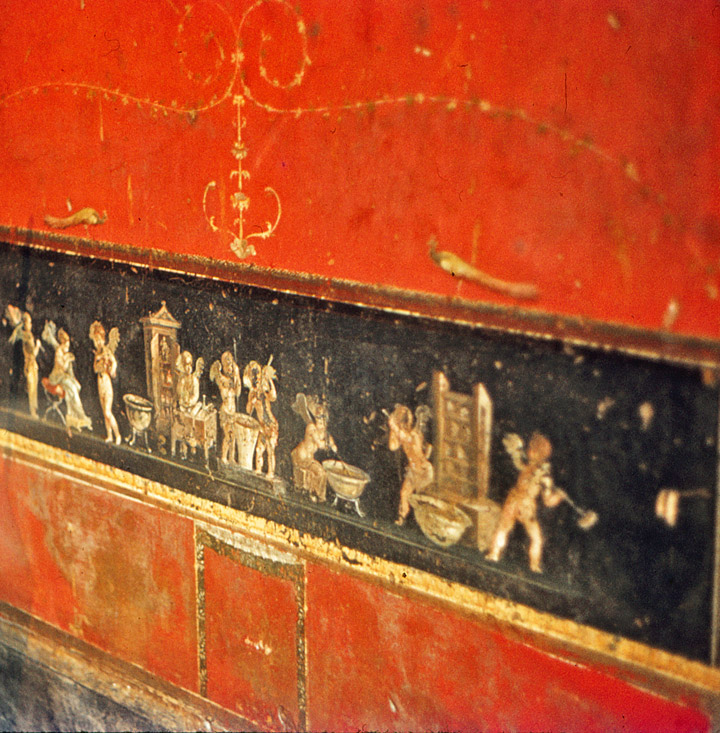 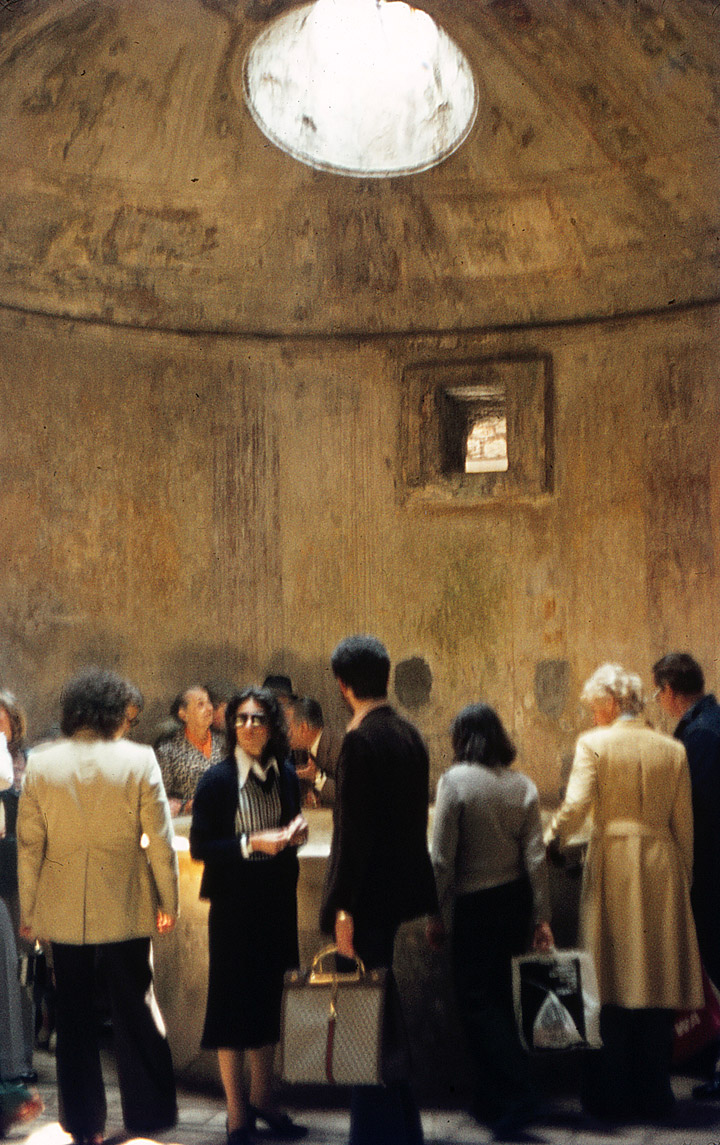