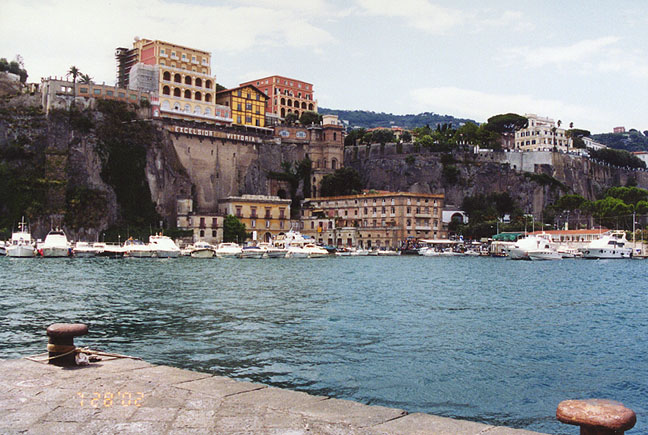 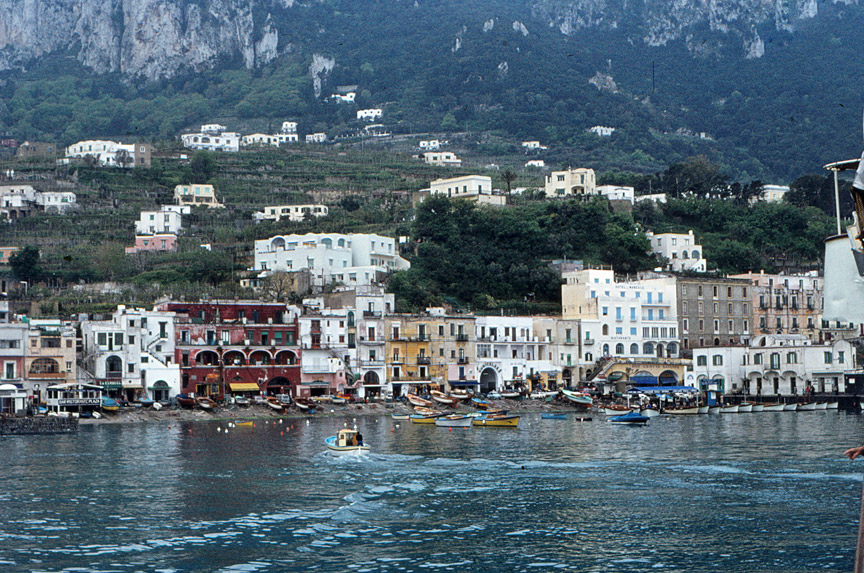 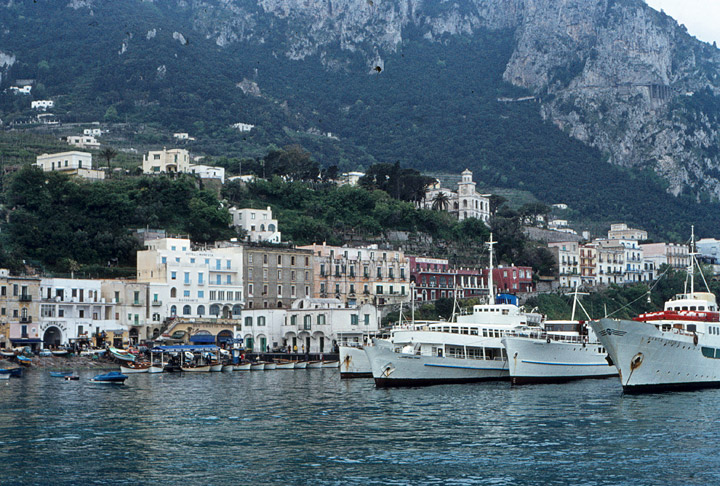 , resort town on the southern shore of the Bay of Naples, in the Campania region of southern Italy. Sorrento is located 35 km (22 mi) west of the town of Salerno. Sorrento, spread out on terraces rising to 60 m (200 ft) above the sea, lies on the coast road between Naples and Amalfi and is served by rail, steamer, and buses. 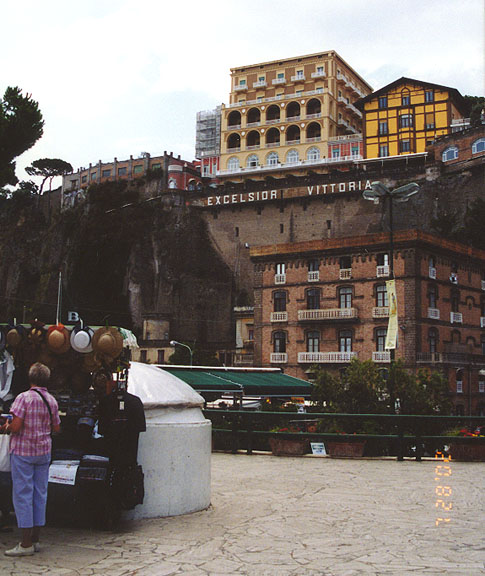 hotels high above on the terrace 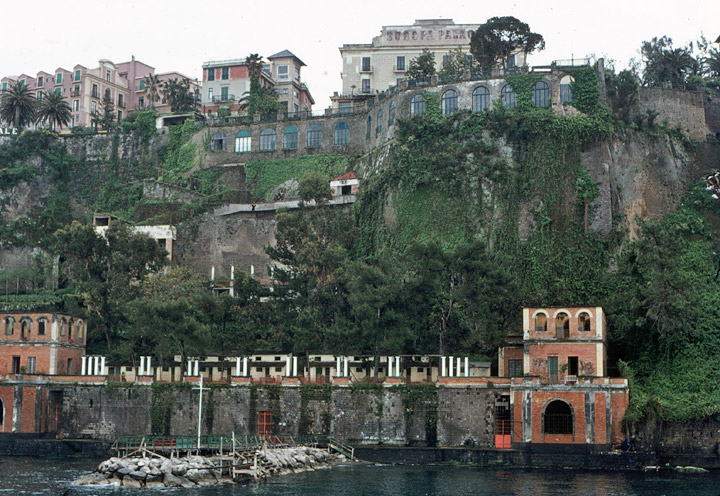 Its picturesque site and mild climate have made Sorrento popular with tourists. The remains of the Roman and medieval eras are fragmentary. Sorrento early became an episcopal seat. During the early Middle Ages Sorrento appears to have been largely independent under its own dukes and often in conflict with the neighboring town of Amalfi and invading Arabs. In 1137 it fell to the Normans and thereafter shared the political fortunes of Naples and its kingdom. Population (1996) 16,459. 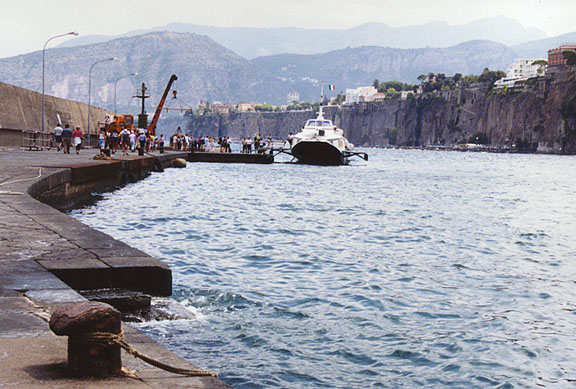 the hydrofoil to Capri 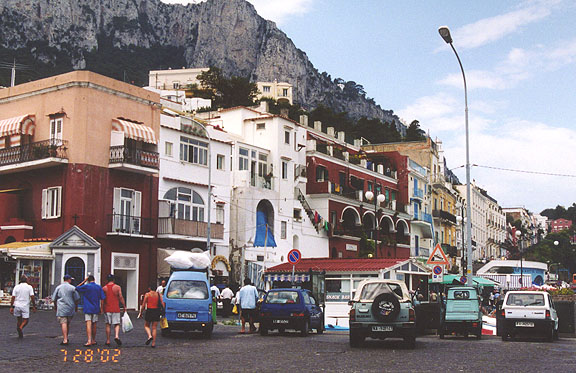 main street in the town of Capri 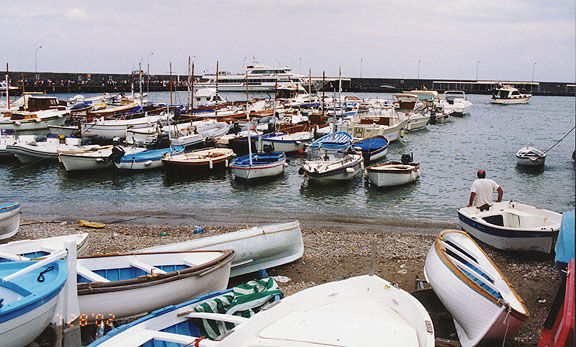 the harbor
ship to Naples in the background 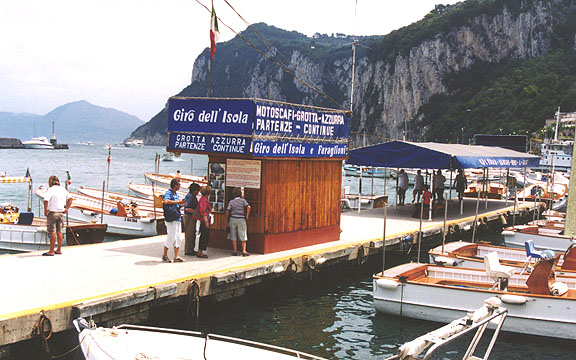 small boats to the Blue Grotto 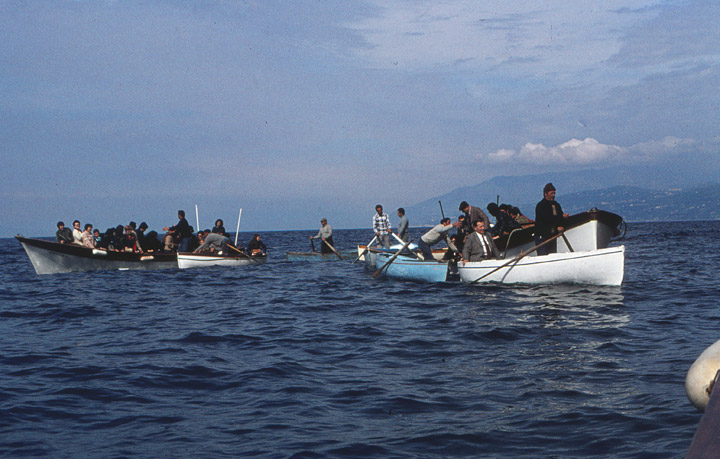 transferring from the small boats to the row boats 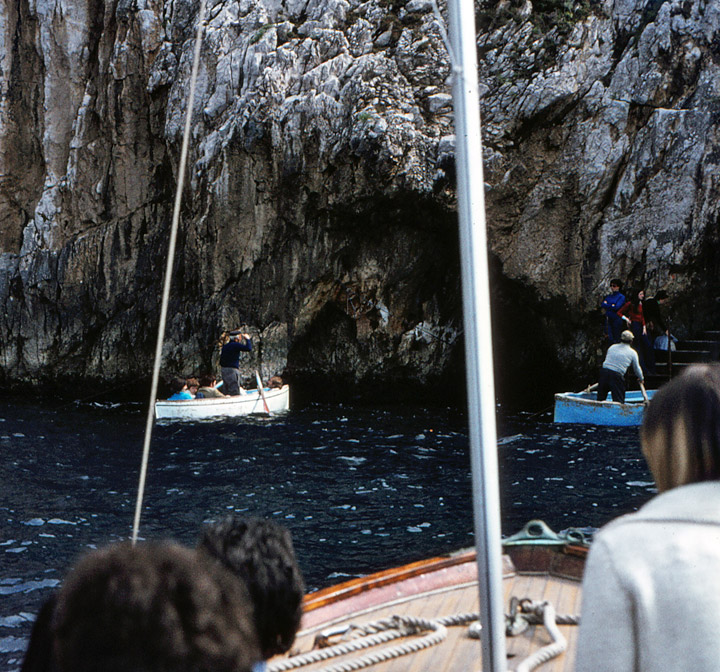 The blue color within the grotto is caused by the light passing through the water. Capri contains relics of prehistoric ages and numerous remains of Roman times, including the ruins of the 12 villas built by the emperor Tiberius, who resided in Capri for ten years. No springs or streams are on Capri, but it has abundant rainfall and is fertile, producing olive oil, wine, and fruit. The tourist trade provides the principal source of income for the islanders. Area, 10 sq km (4 sq mi); population (1990) 7,400. 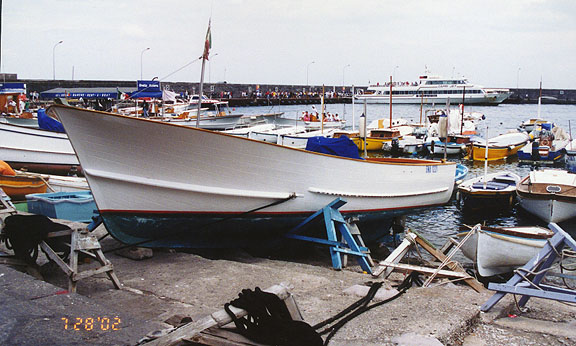 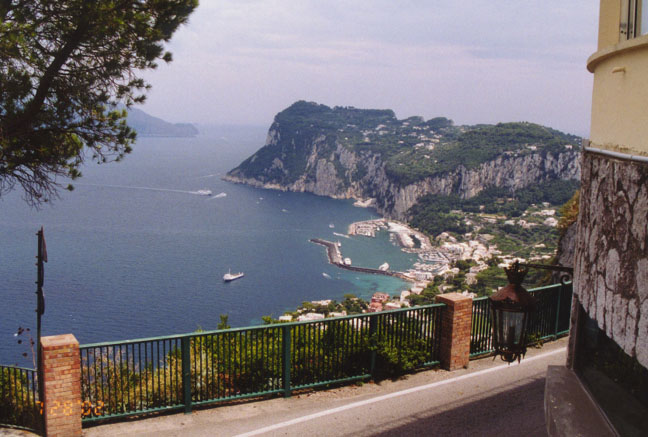 view of harbor from hill top 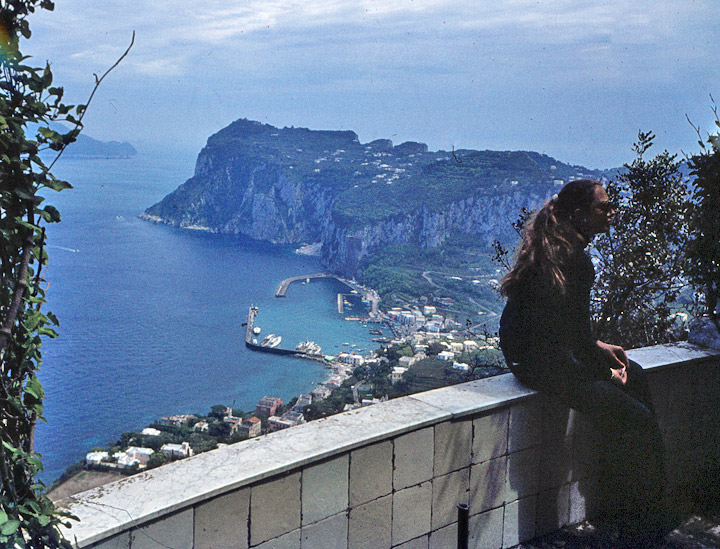 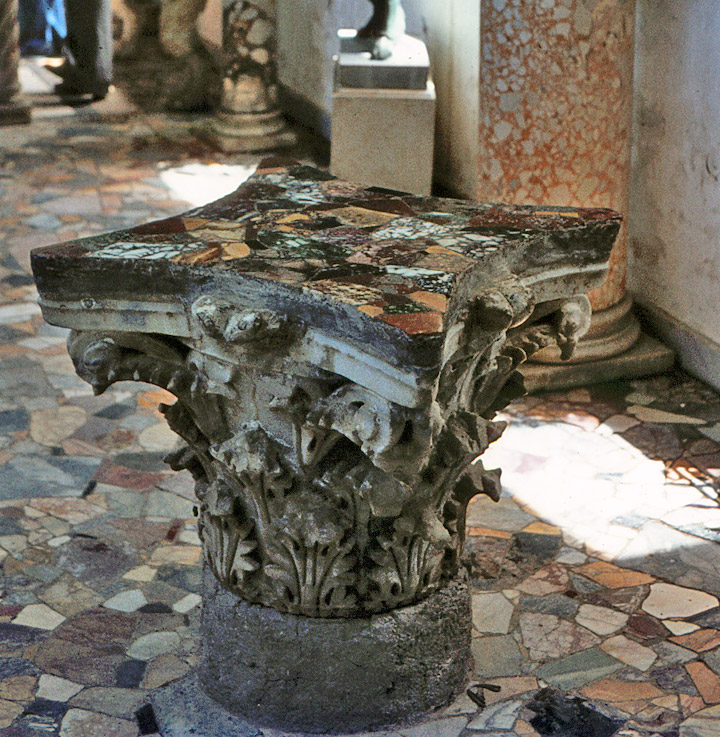 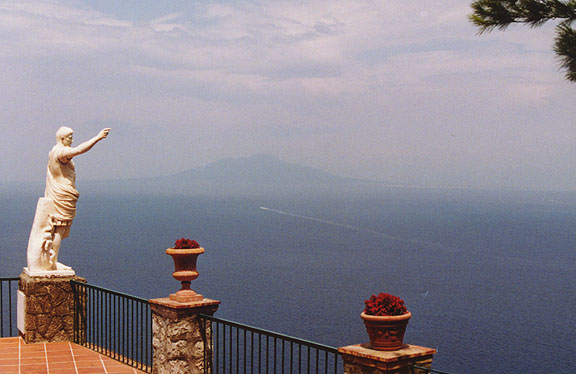 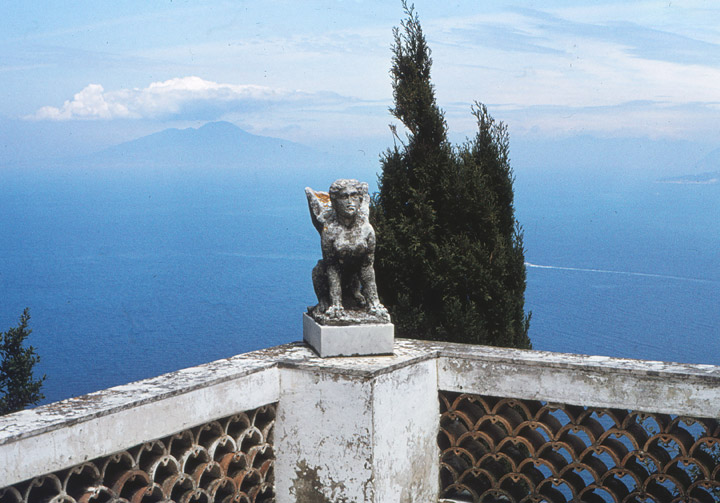 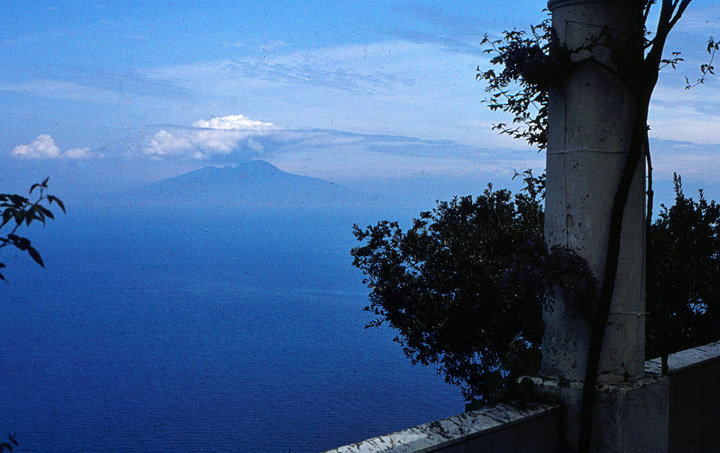 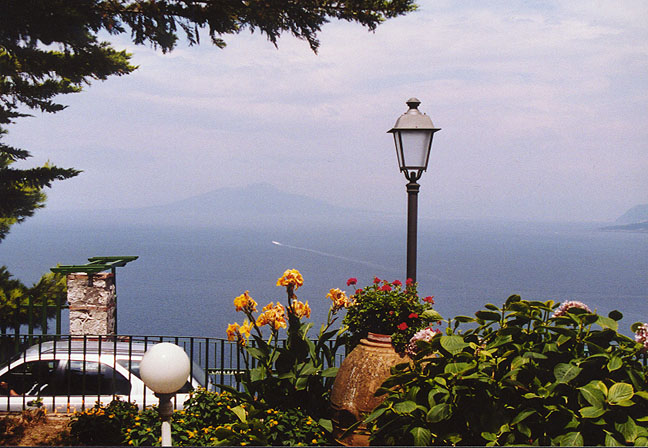 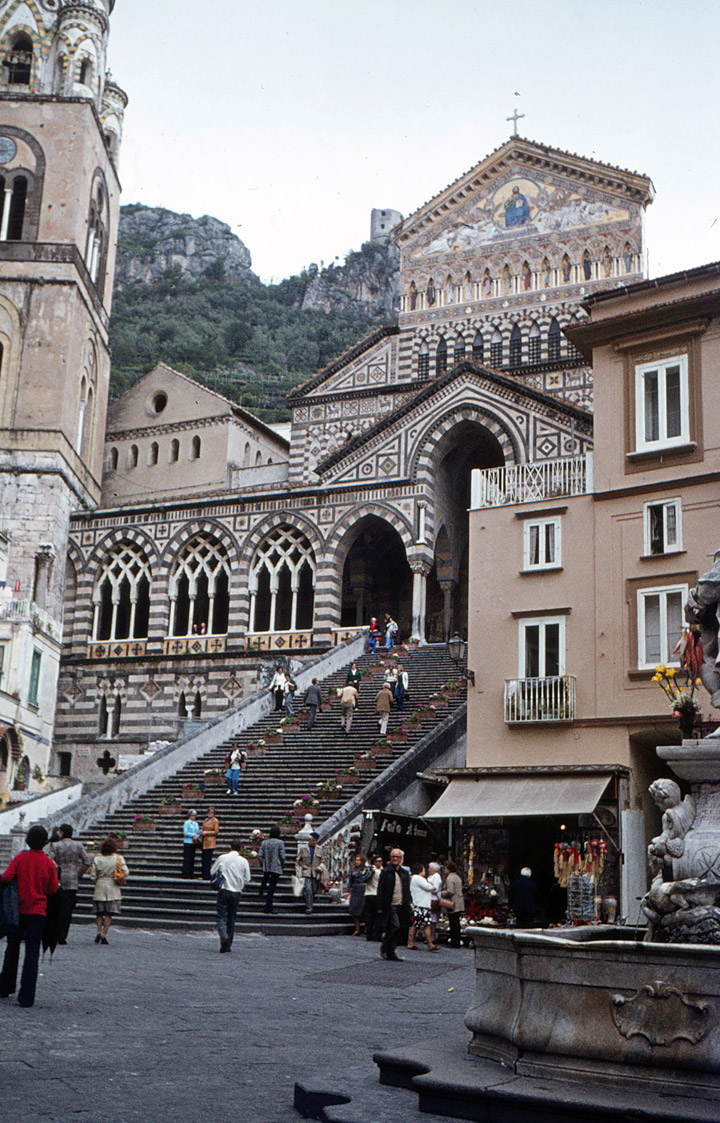 on the South side of the peninsular 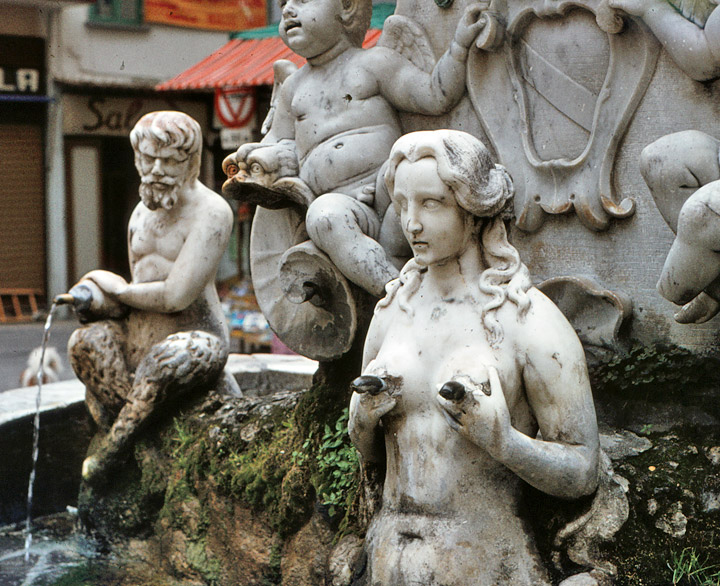 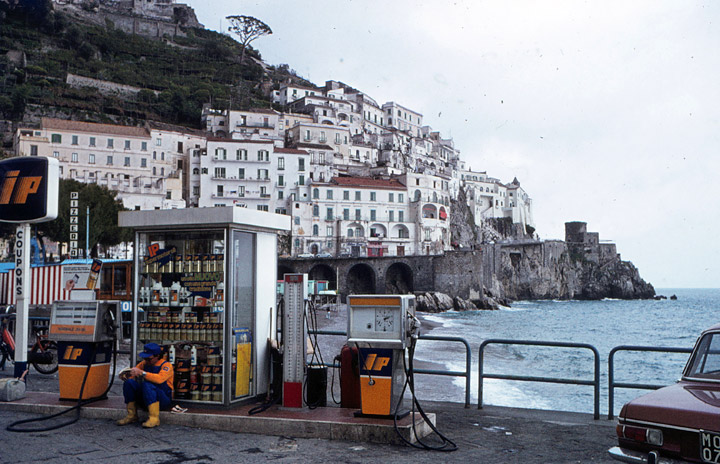 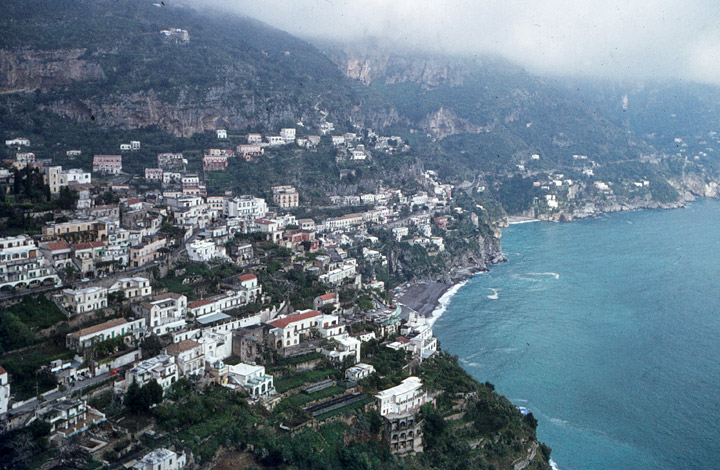 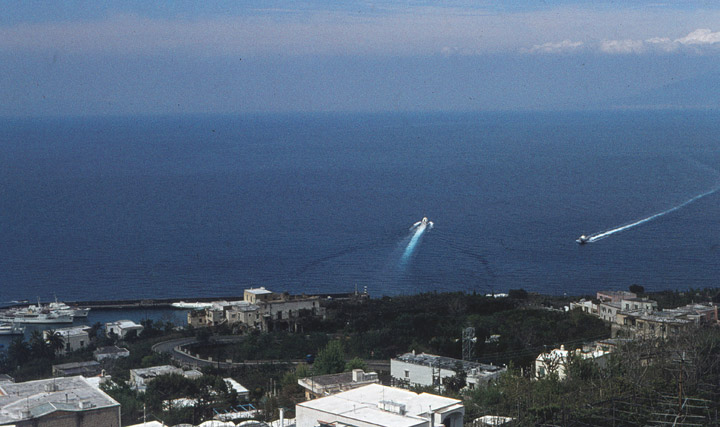 the hydrofoil back to Naples 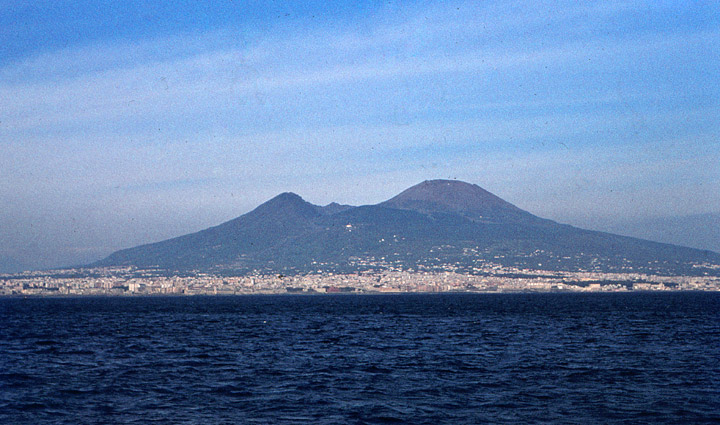