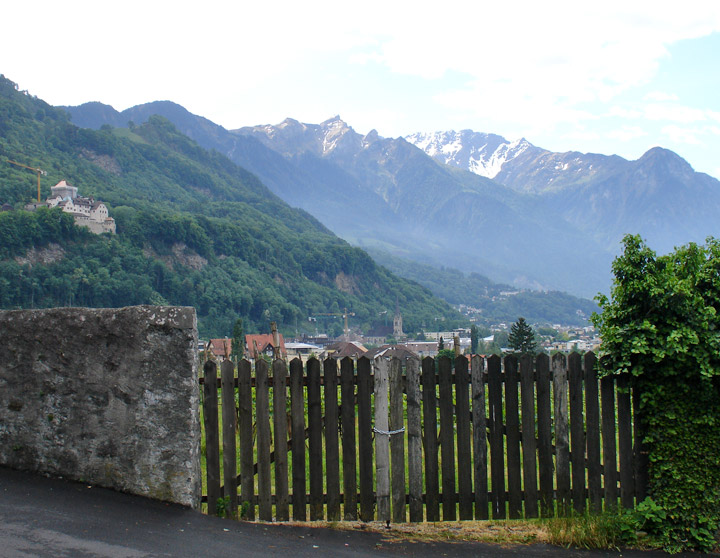 Schloss Vaduz, overlooking the capital, is still home to the princes of Liechtenstein

At one time, the territory of Liechtenstein formed a part (albeit a diminutive one) of the ancient Roman province of Raetia. For centuries this territory, geographically removed from European strategic interests, had little impact on the tide of European history. Prior to the reign of its current dynasty, the region was enfeoffed to a line of the counts of Hohenems.

The Liechtenstein dynasty, from which the principality takes its name (rather than vice-versa), comes from Castle Liechtenstein in faraway Lower Austria, which the family possessed from at least 1140 to the thirteenth century, and from 1807 onward. Through the centuries, the dynasty acquired vast swathes of land, predominantly in Moravia, Lower Austria, Silesia, and Styria, though in all cases, these territories were held in fief under other more senior feudal lords, particularly under various lines of the Habsburg family, to whom several Liechtenstein princes served as close advisors. Thus, and without any territory held directly under the Imperial throne, the Liechtenstein dynasty was unable to meet a primary requirement to qualify for a seat in the Imperial diet, the Reichstag. 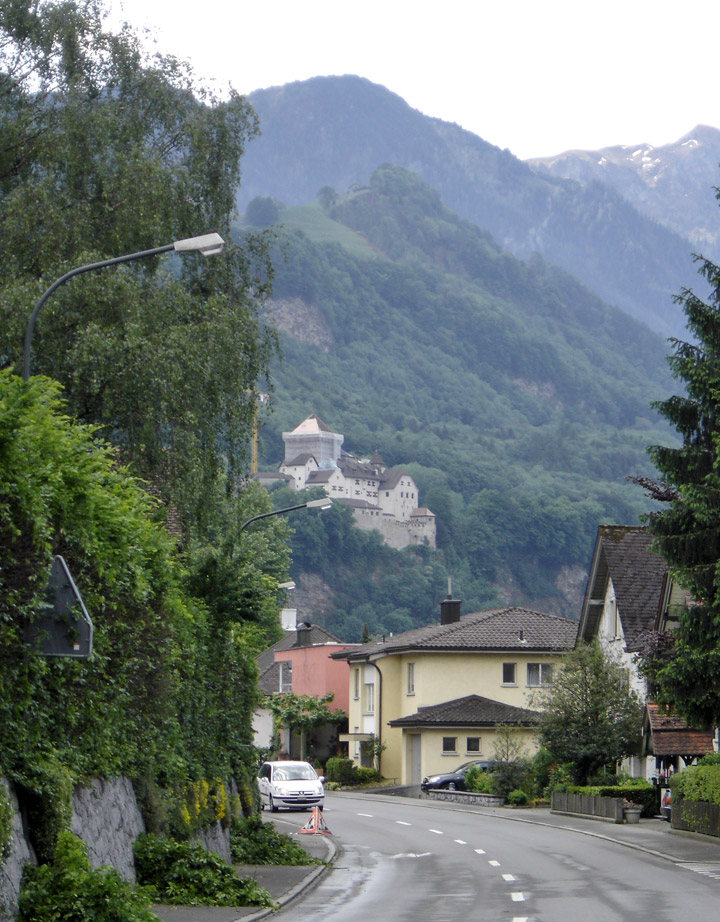 The family yearned greatly for the added power which a seat in the Imperial government would garner, and therefore, searched for lands to acquire which would be unmittelbar or held without any feudal personage other than the Holy Roman Emperor himself having rights on the land. After some time, the family was able to arrange the purchase of the minuscule Herrschaft ("Lordship") of Schellenberg and countship of Vaduz (in 1699 and 1712 respectively) from the Hohenems. Tiny Schellenberg and Vaduz possessed exactly the political status required, no feudal lord other than their comital sovereign and the suzerain Emperor.

Thereby, on January 23, 1719, after purchase had been duly made, Charles VI, Holy Roman Emperor, decreed Vaduz and Schellenberg were united, and raised to the dignity of Fürstentum (principality) with the name "Liechtenstein" in honor of "[his] true servant, Anton Florian of Liechtenstein". It is on this date that Liechtenstein became a sovereign member state of the Holy Roman Empire. Ironically, but as testament to the pure political expediency of the purchases, the Princes of Liechtenstein did not set foot in their new principality for over 120 years. 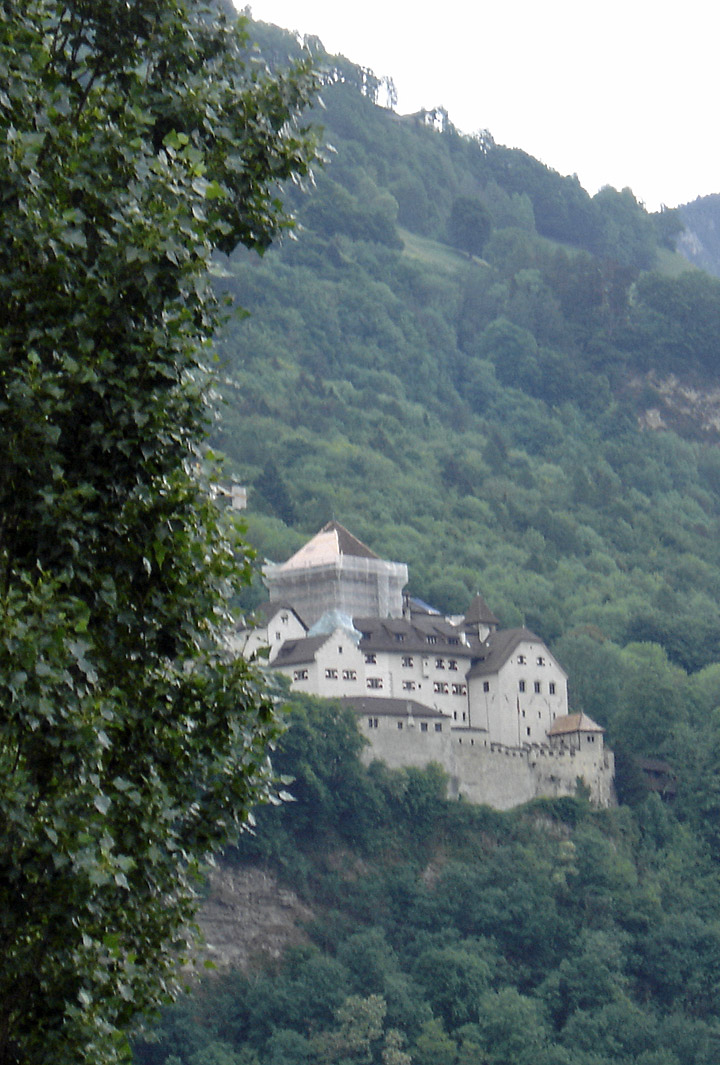 In 1806, most of the Holy Roman Empire was invaded by Napoleon I of the First French Empire. This event had broad consequences for Liechtenstein: imperial legal and political mechanisms broke down, while Francis II, Holy Roman Emperor, abdicated the imperial throne and the Empire itself dissolved. As a result, Liechtenstein ceased to have any obligations to any feudal lord beyond its borders. Modern publications generally (although incorrectly) attribute Liechtenstein's sovereignty to these events. In reality, its prince merely became suzerain, as well as remaining sovereign lord. From 25 July 1806 when the Confederation of the Rhine was founded, the prince of Liechtenstein was a member, in fact a vassal of its hegemon, styled protector, French Emperor Napoleon I Bonaparte, until the dissolution of the Confederation on 19 October 1813.

Then, in 1818, Johann I granted a constitution, although it was limited in its nature. 1818 also saw the first visit of a member of the house of Liechtenstein, Prince Alois, however, the first visit by a sovereign prince would not occur until 1842. 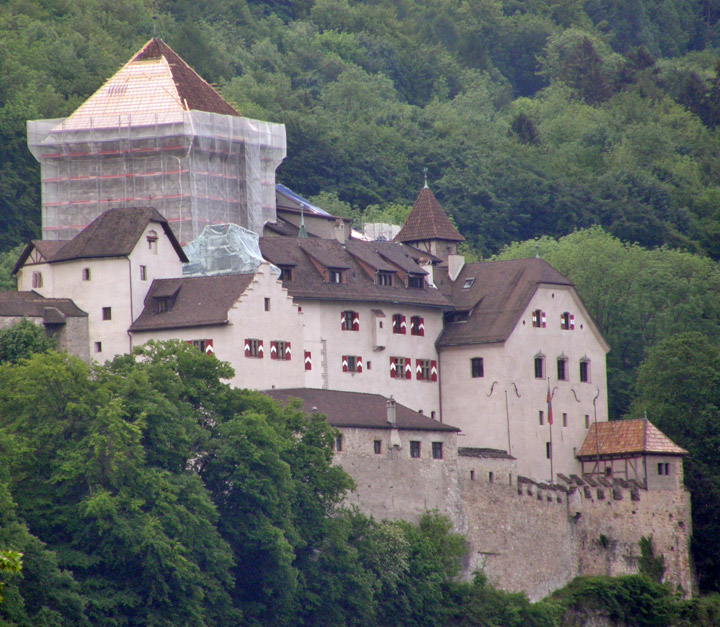 Soon afterward, Liechtenstein joined the German Confederation (20 June 1815 – 24 August 1866, which was presided over by the Emperor of Austria).

Liechtenstein also had many advances in the nineteenth century, as in 1836, the first factory was opened, making ceramics. In 1861, the Savings and Loans Bank was founded, as was the first cotton-weaving mill. Two bridges over the Rhine were built in 1868, and in 1872 a railway line across Liechtenstein was constructed.

When the Austro-Prussian War broke out in 1866 new pressure was placed on Liechtenstein as, when peace was declared, Prussia accused Liechtenstein as being the cause of the war through a miscount of the votes for war with Prussia. This led to Lichtenstein refusing to sign a peace treaty with Prussia and remained at war although no actual conflict ever occurred. This was one of the arguments that were suggested to justify a possible invasion of Liechtenstein in the late 1930s. 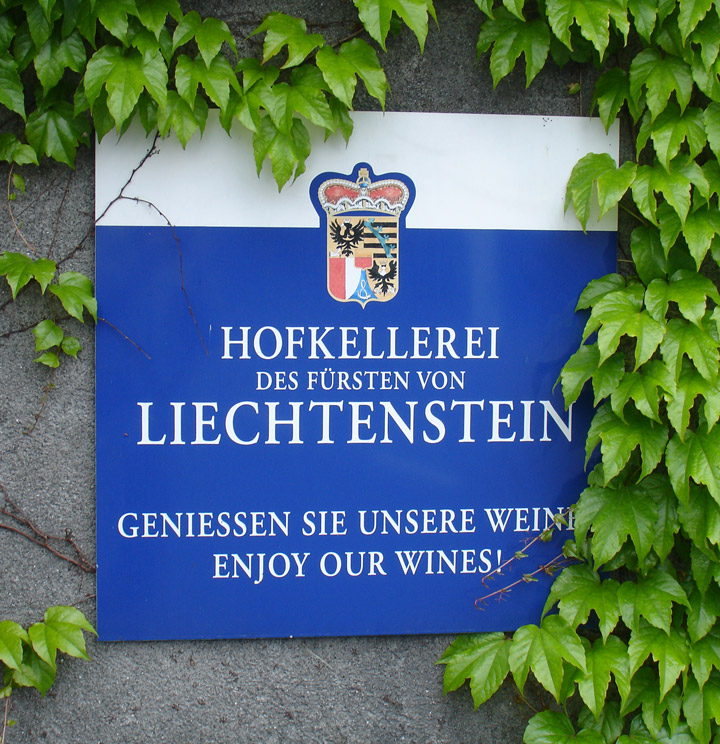 The Prince of Liechtenstein owns vineyards in Vaduz

Until the end of World War I, Liechtenstein first was closely tied to the Austrian Empire and later, to Austria-Hungary; however, the economic devastation caused by WWI forced the country to conclude a customs and monetary union with its other neighbor, Switzerland. (Their Army had been disbanded in 1868, out of financial considerations.) At the time of the dissolution of the Austro-Hungarian Empire, it was argued that Liechtenstein as a fief of the Holy Roman Empire (supposedly still incarnated in Liechtensteiner eyes at an abstract level in the person of the then-dethroned Austro-Hungarian Emperor, despite its formal dissolution in 1806) was no longer bound to Austria, then emerging as an independent state, which did not consider itself as the legal successor to the Empire. Liechtenstein is thus the last independent state in Europe which can claim an element of continuity from the Holy Roman Empire.


In the spring of 1938, just after the annexation of Austria into Greater Germany, eighty-four year-old Prince Franz I abdicated, naming his thirty-one year-old third cousin, Prince Franz Joseph, as his successor. While Prince Franz I claimed that old age was his reason for abdicating, it is believed that he had no desire to be on the throne if Germany gobbled up its new neighbor, Liechtenstein. His wife, whom he married in 1929, was a wealthy Jewish woman from Vienna, and local Liechtenstein Nazis had already singled her out as their anti-Semitic "problem". Although Liechtenstein had no official Nazi party, a Nazi sympathy movement had been simmering for years within its National Union party. 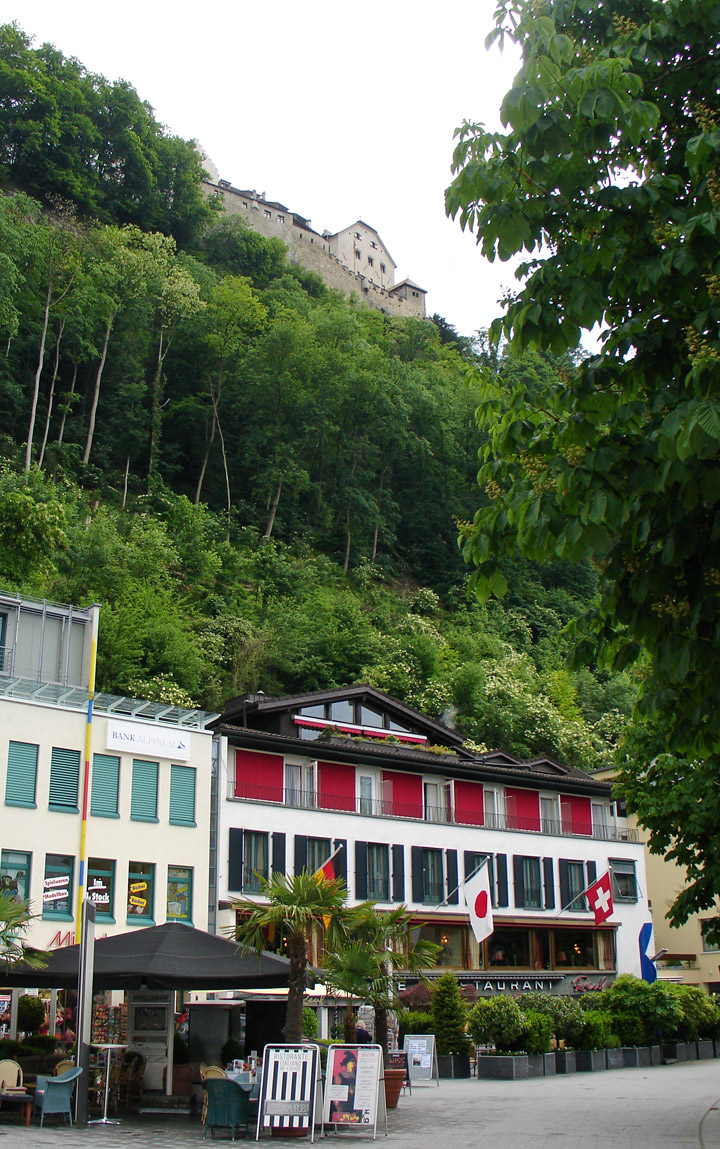 castle high above the main plaza

During World War II, Liechtenstein remained neutral, while family treasures within the war zone were brought to Liechtenstein (and London) for safekeeping. At the close of the conflict, Czechoslovakia and Poland, acting to seize what they considered to be German possessions, expropriated the entirety of the Liechtenstein dynasty's hereditary lands and possessions in Bohemia, Moravia, and Silesia — the princes of Liechtenstein lived in Vienna until the Anschluss of 1938. The expropriations (subject to modern legal dispute at the World Court) included over 1,600 square kilometres (600 mi.²) of agricultural and forest land, also including several family castles and palaces. It is thus little wonder that during the decades of the Cold War, citizens of Liechtenstein were forbidden by Czechoslovakia from even entering that country. Liechtenstein gave asylum to approximately five hundred soldiers of the First Russian National Army (a collaborationist Russian force within the German Wehrmacht) at the close of World War II; this is commemorated in a monument at the border town of Hinterschellenberg, and is marked on the country's tourist map. The act of granting asylum was no small matter as the country was poor and had difficulty feeding and caring for such a large group of refugees. Eventually, Argentina agreed to permanently resettle the asylum seekers. In contrast, the British repatriated similar groups of Russian soldiers back to Soviet forces where they were all executed.

In dire financial straits following the war, the Liechtenstein dynasty often resorted to selling family artistic treasures, including for instance the priceless portrait "Ginevra de' Benci" by Leonardo da Vinci, which was purchased by the National Gallery of Art of the United States in 1967. Liechtenstein prospered, however, during the decades following, as its economy modernized with the advantage of low corporate tax rates which drew many companies to the country. 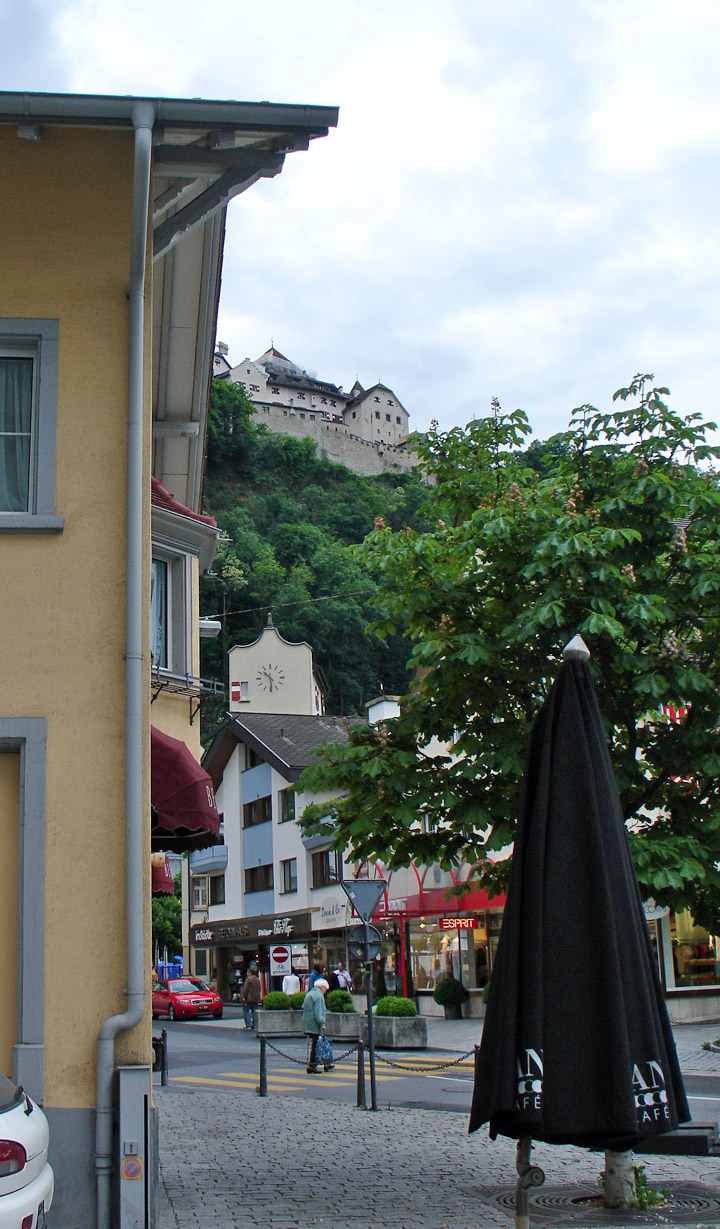 castle above the main plaza

The Prince of Liechtenstein is the world's sixth wealthiest head of state, with an estimated wealth of $4 billion. The country's population enjoys one of the world's highest standards of living. 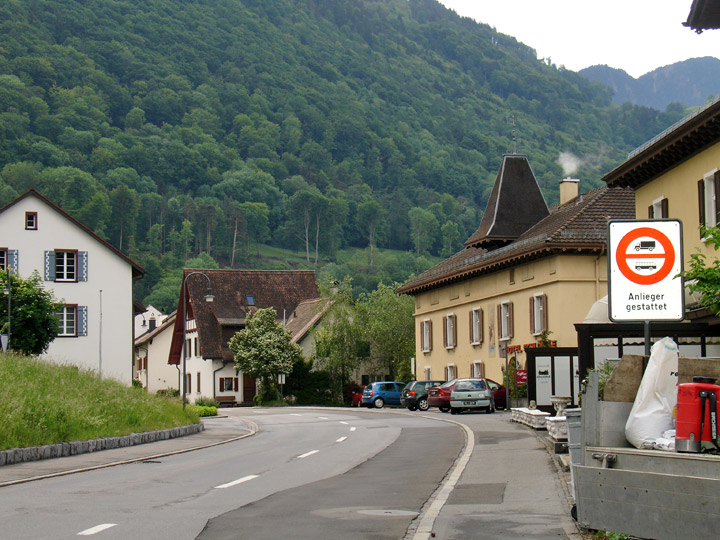 on the high road 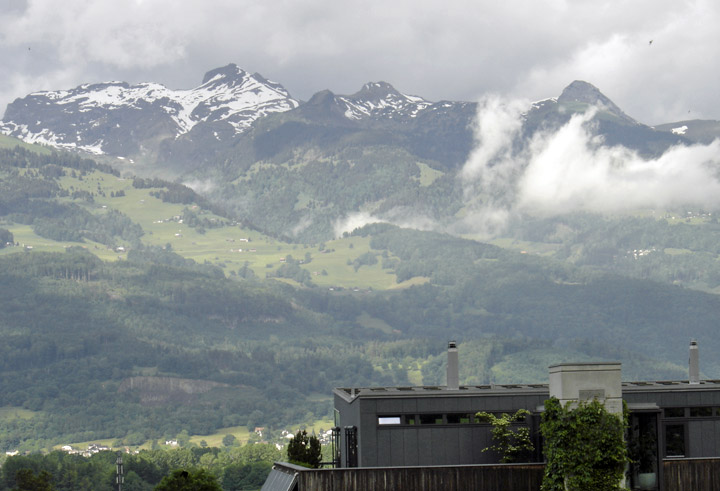 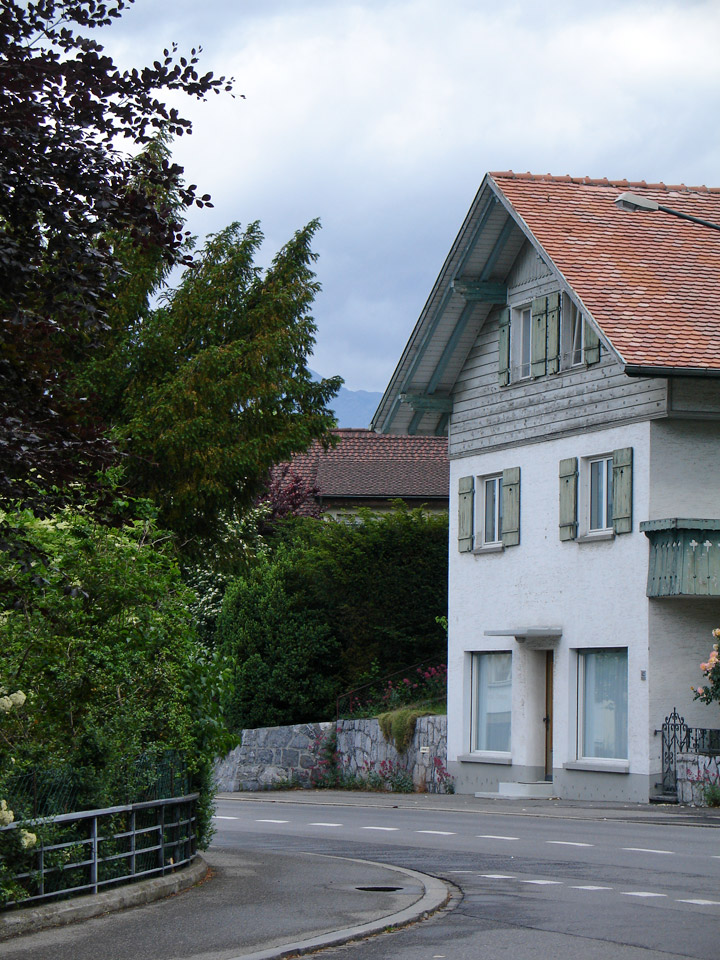