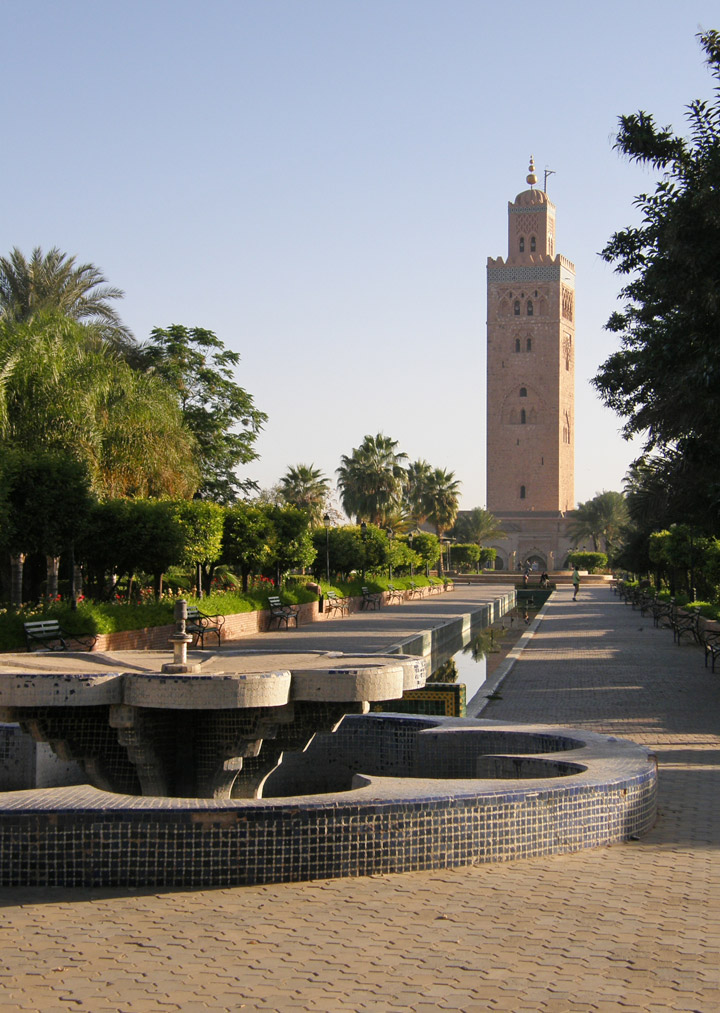 The Koutoubia Mosque (Arabic: جامع الكتبية) is the largest mosque in Marrakech, Morocco. The minaret was completed under the reign of the Almohad Caliph Yaqub al-Mansur (1184-1199) and was used as model for Giralda of Seville then for the Hassan Tower of Rabat. 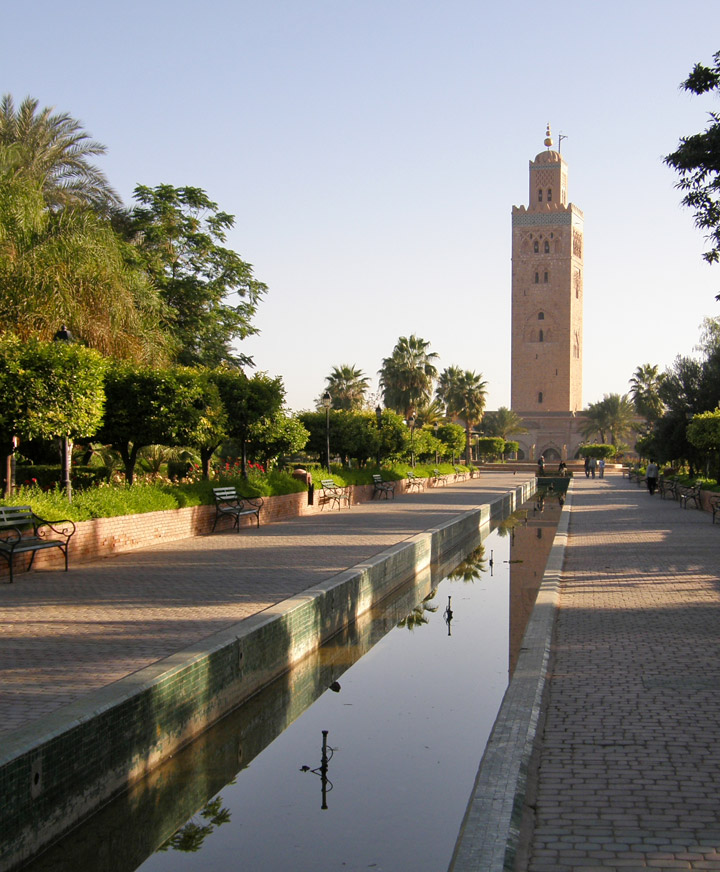 The name is derived from the Arabic al-Koutoubiyyin for librarian, since it used to be surrounded by sellers of manuscripts. It is considered the ultimate structure of its kind. The tower is 69 m (221 ft) in height and has a lateral length of 12.8 m (41 ft). Six rooms (one above the other) constitute the interior; leading around them is a ramp by way of which the muezzin could ride up to the balcony. It is built in a traditional Almohad style and the tower is adorned with four copper globes. 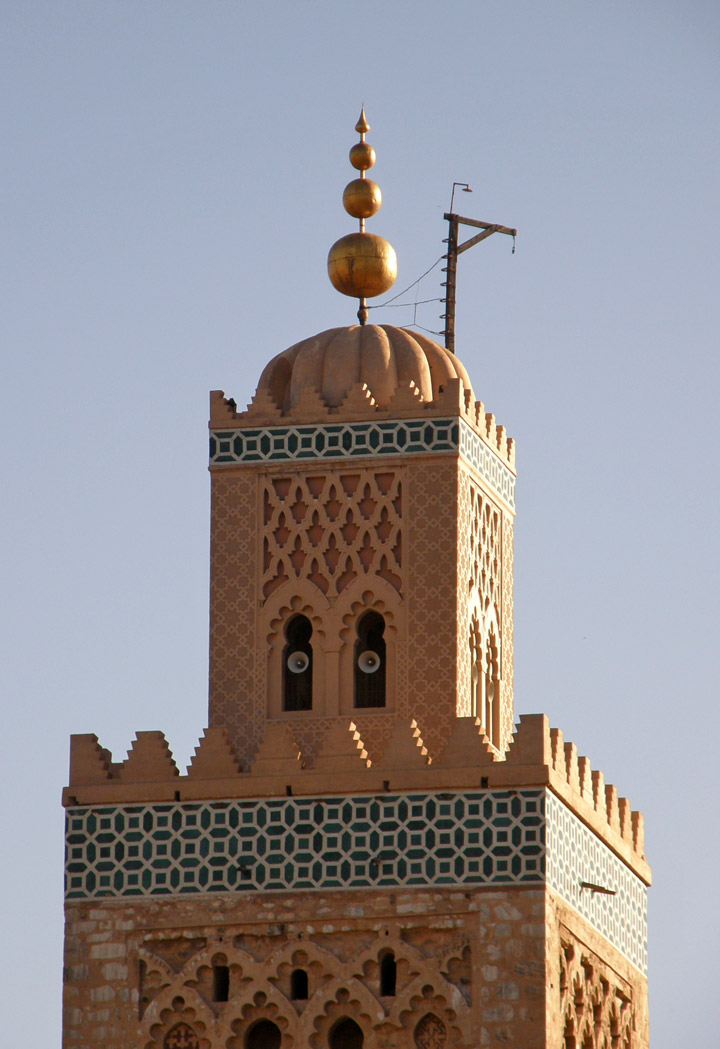 According to legend, they were originally made of pure gold, and there were once supposed to have been only three. The fourth was donated by the wife of Yacoub el-Mansour as compensation for her failure to keep the fast for one day during the month of Ramadan. She had her golden jewelry melted down to fashion the fourth globe. 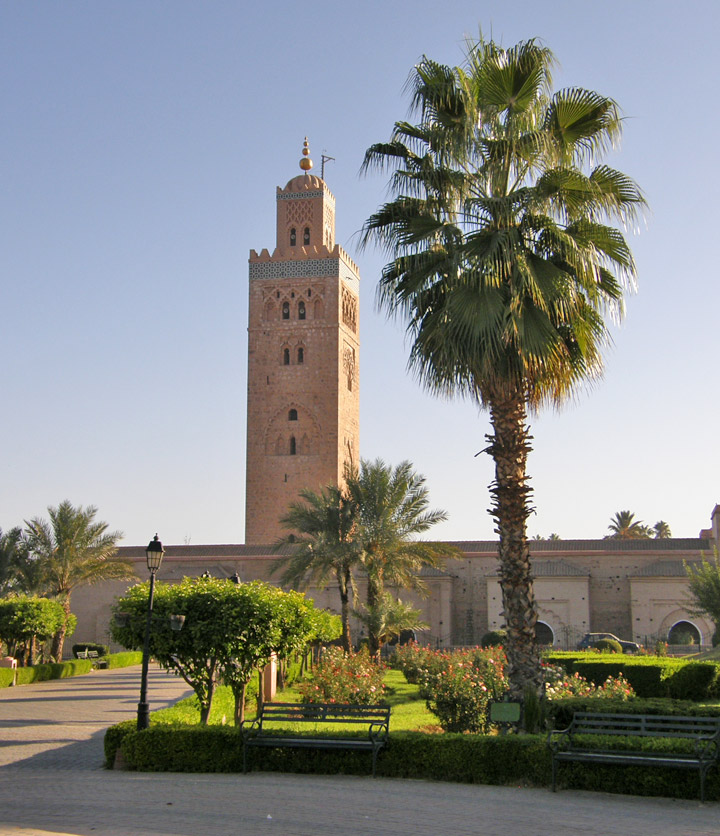 The minaret of the Koutoubia has stood the model for the minaret of the Giralda mosque in Sevilla which in its turn has stood model for thousands of church towers in Spain and East Europa (e.g. the churches on the red square in Moscow), and later for many buildings throughout the United States (e.g. the municipal building) and Russia (especially during the Stalinist era). 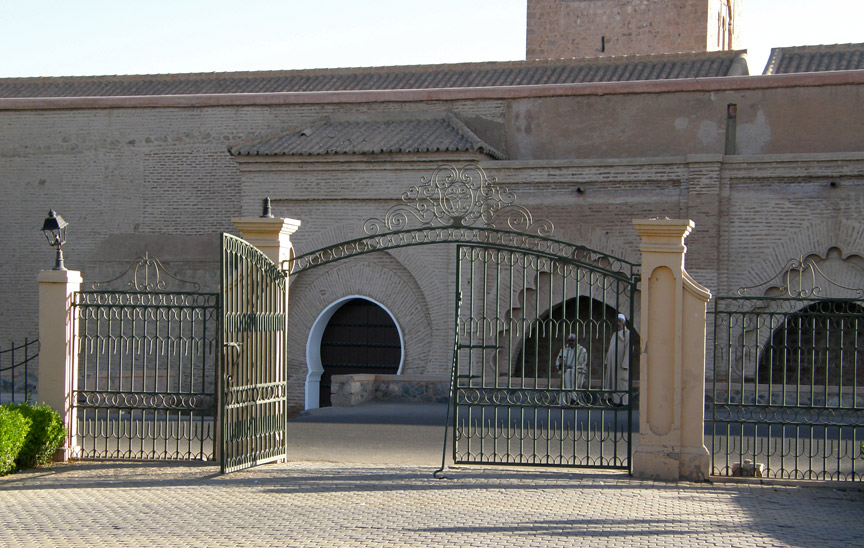 entrance to the mosque 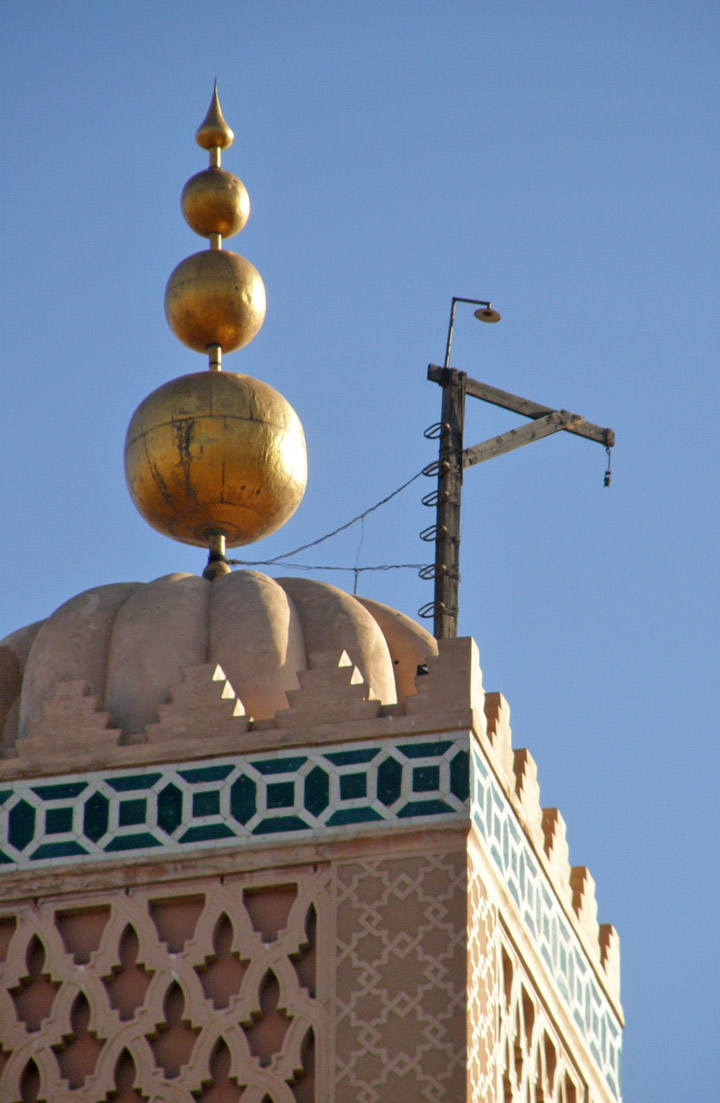 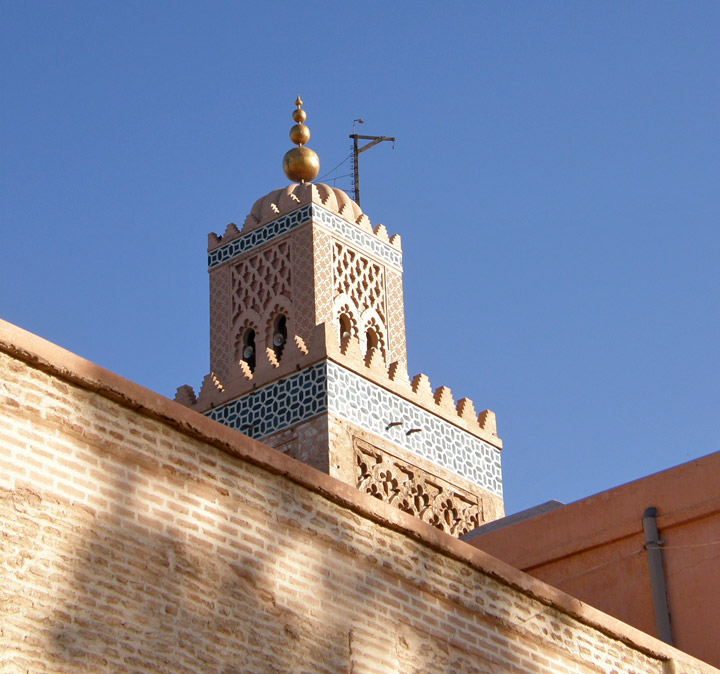 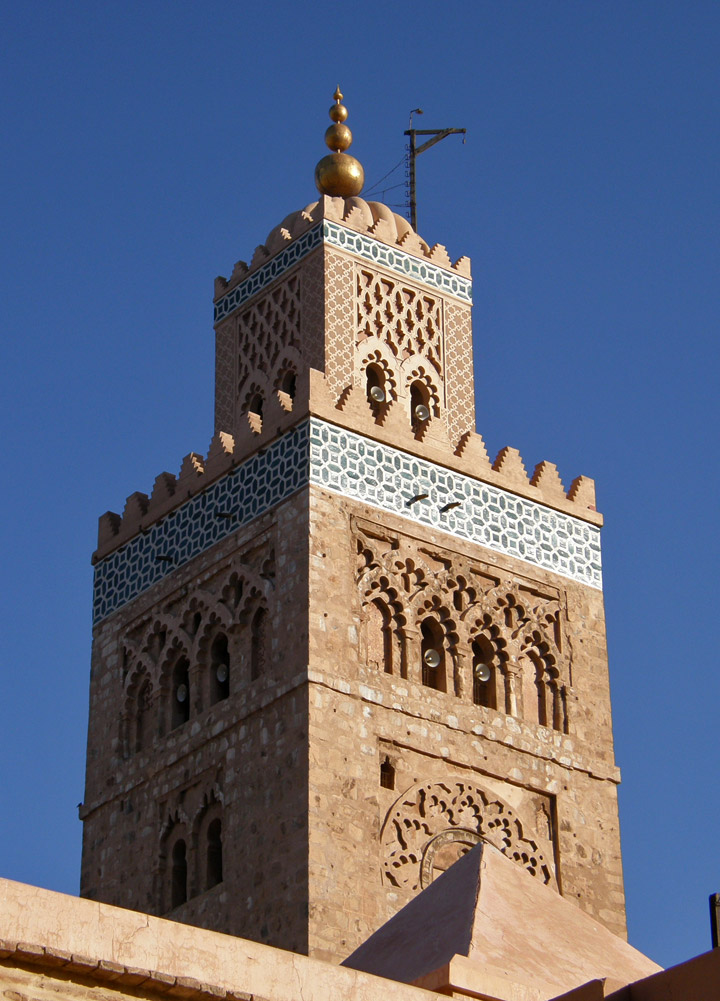 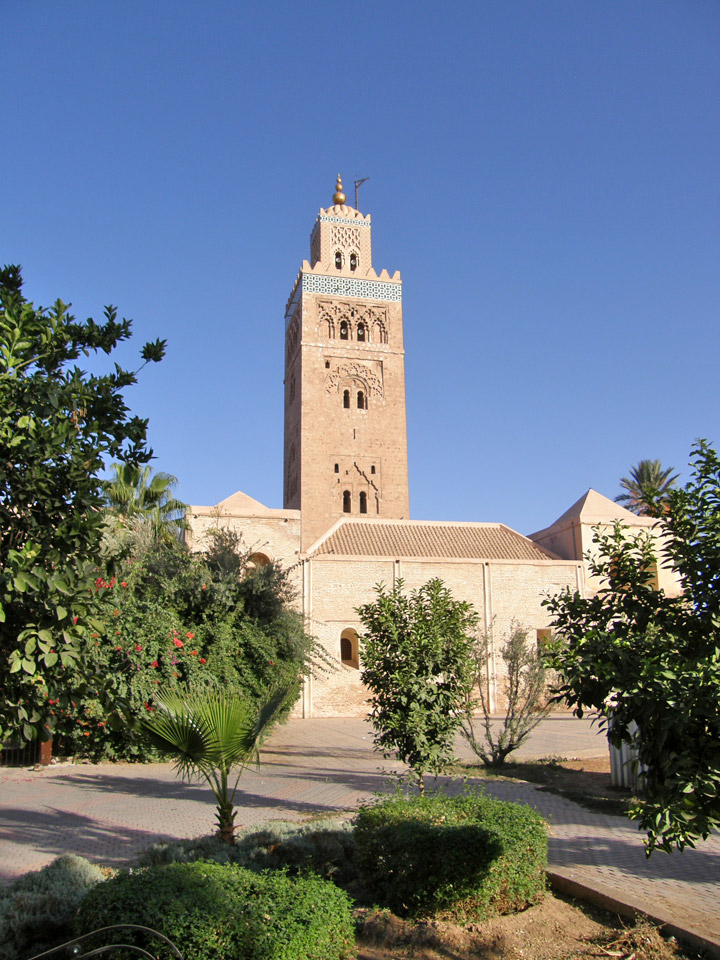 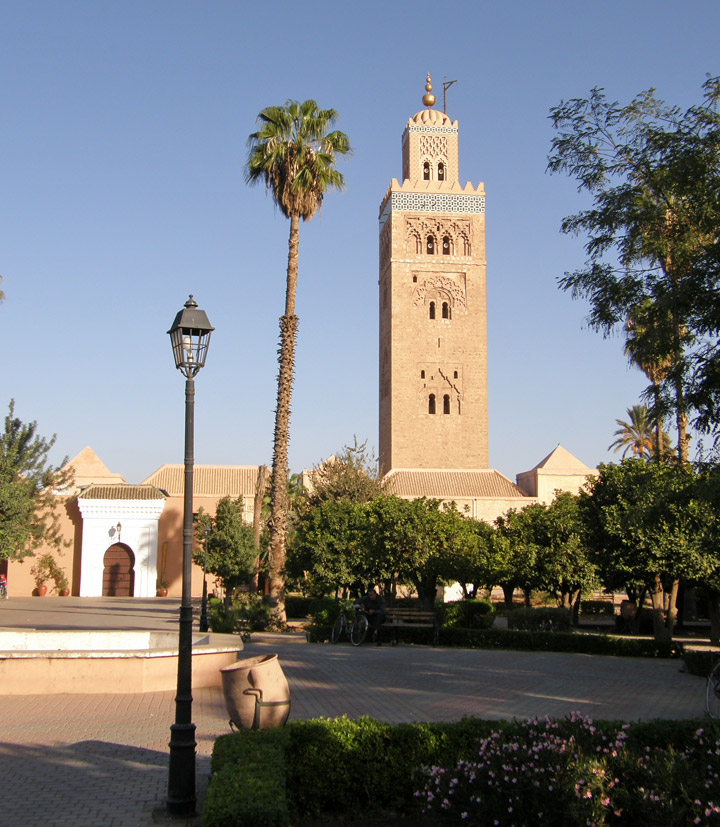 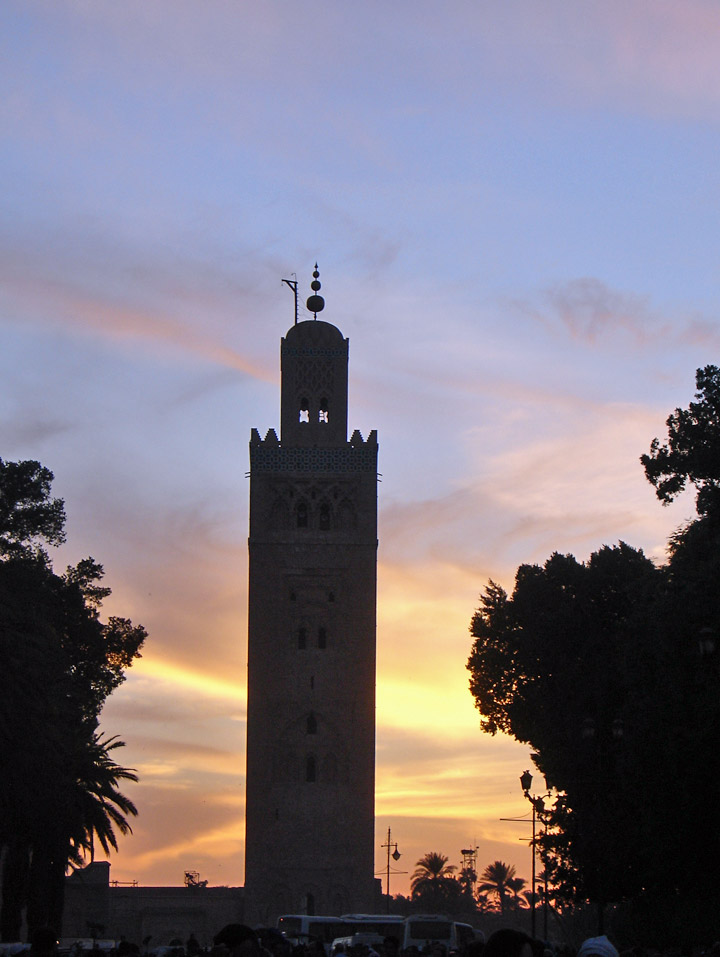 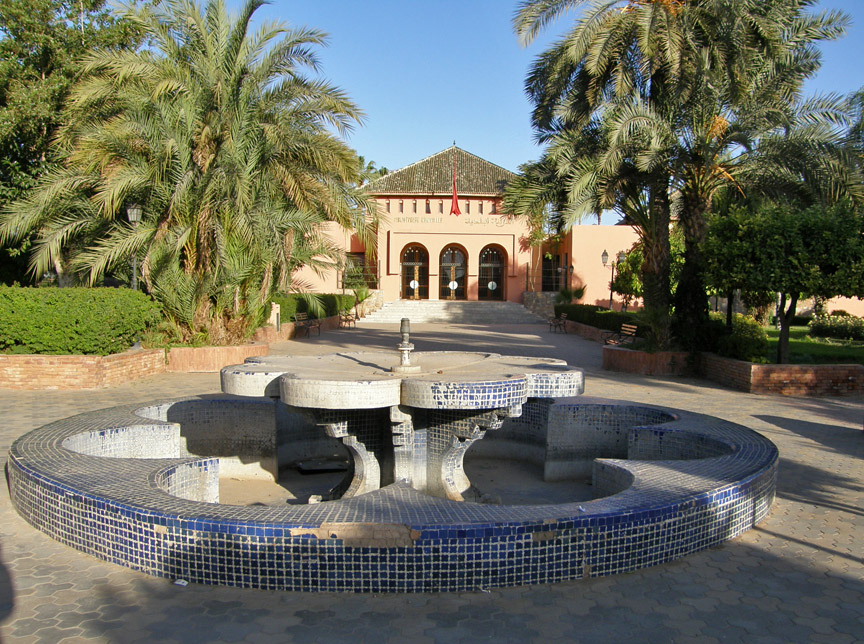 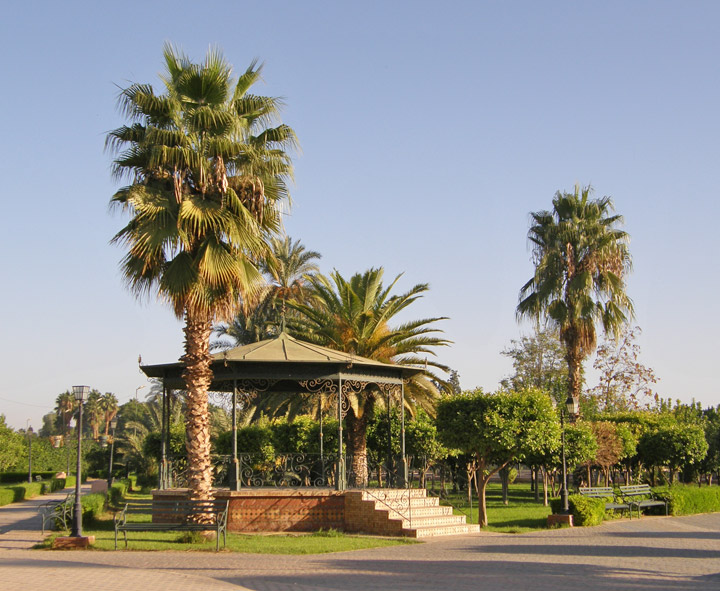 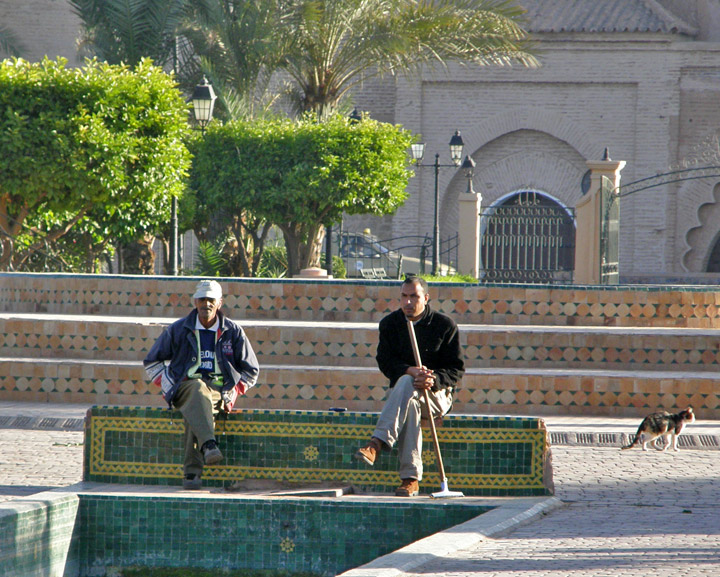 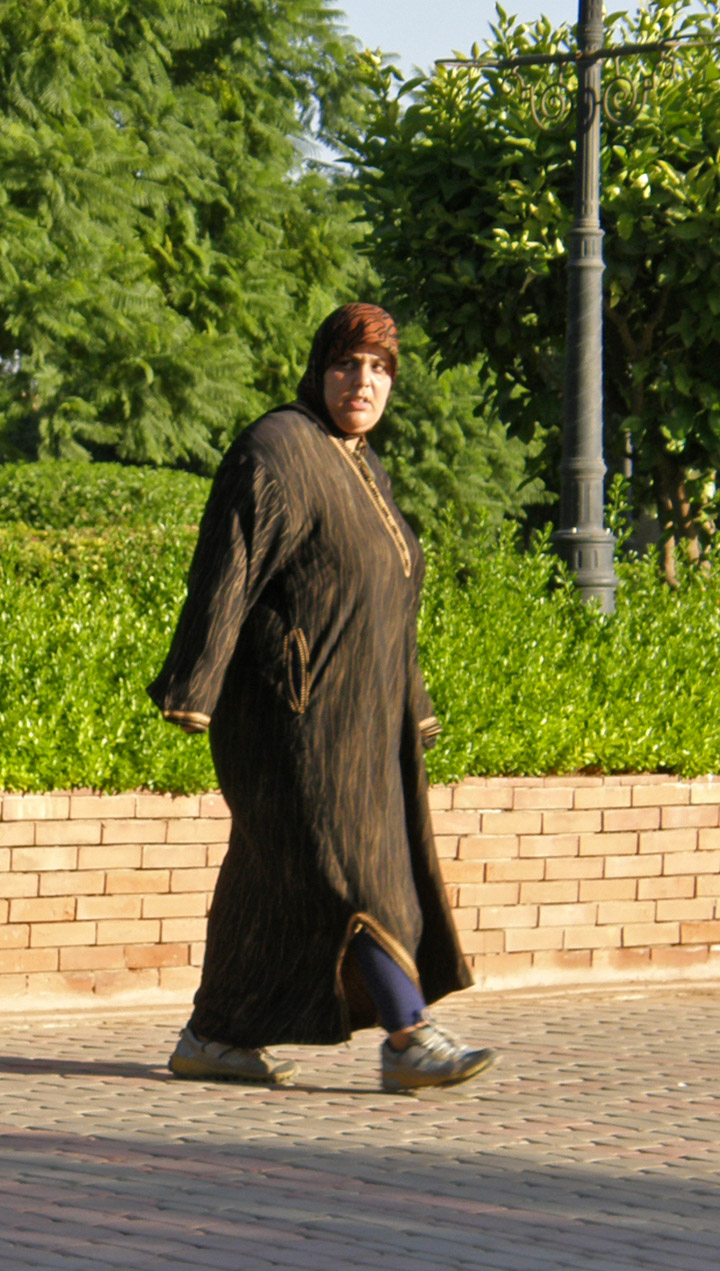 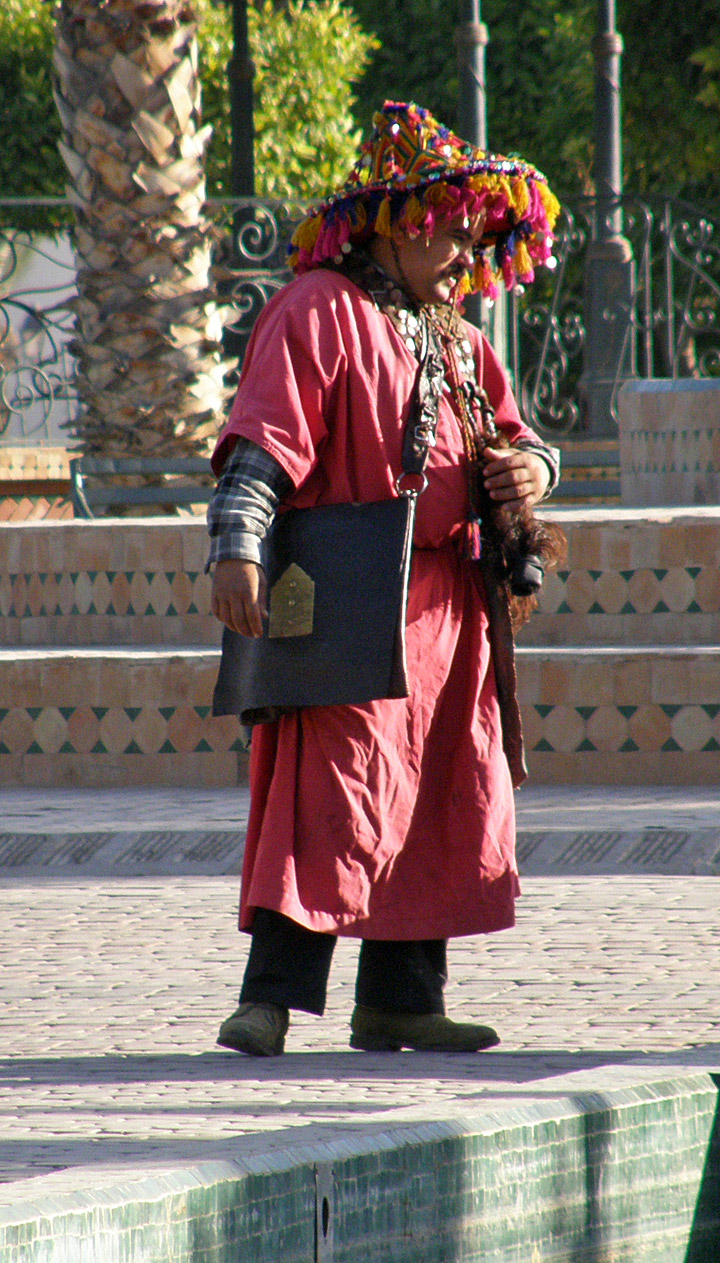 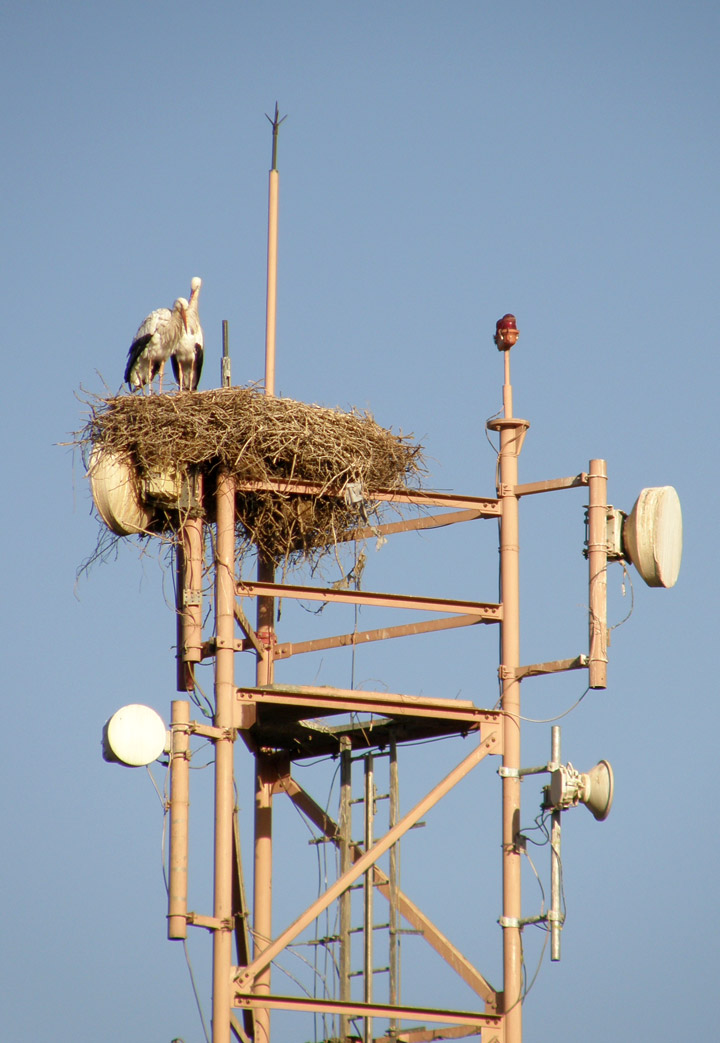 nesting on the communications tower 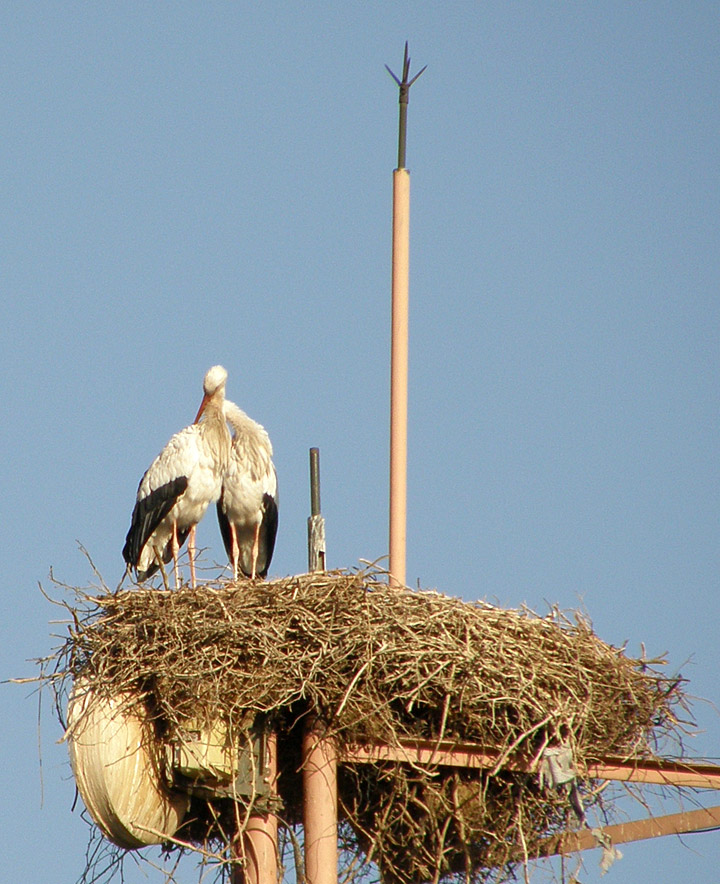 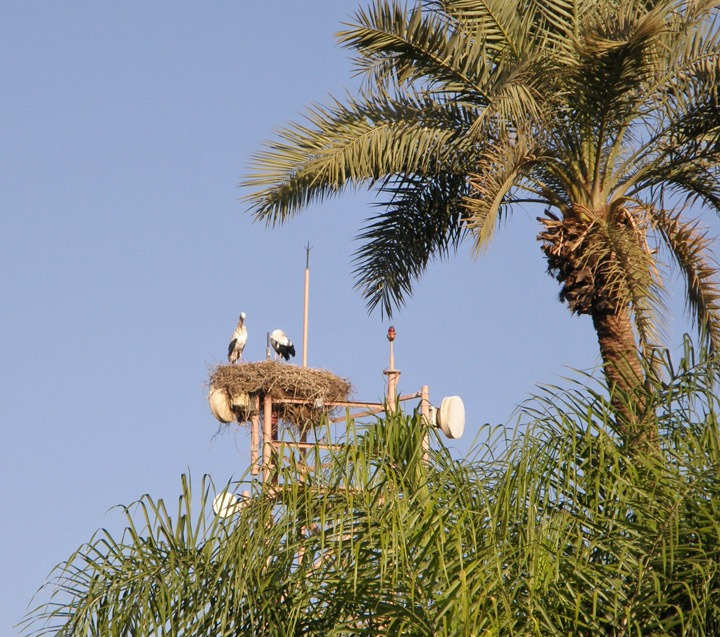 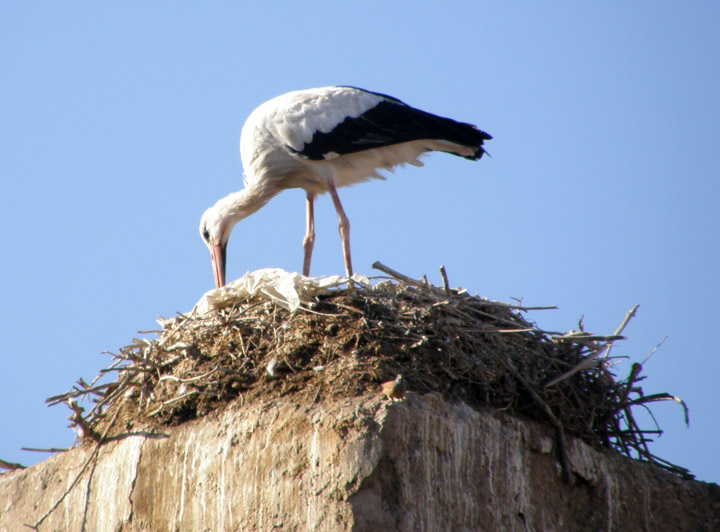 found a nest on a nearby building