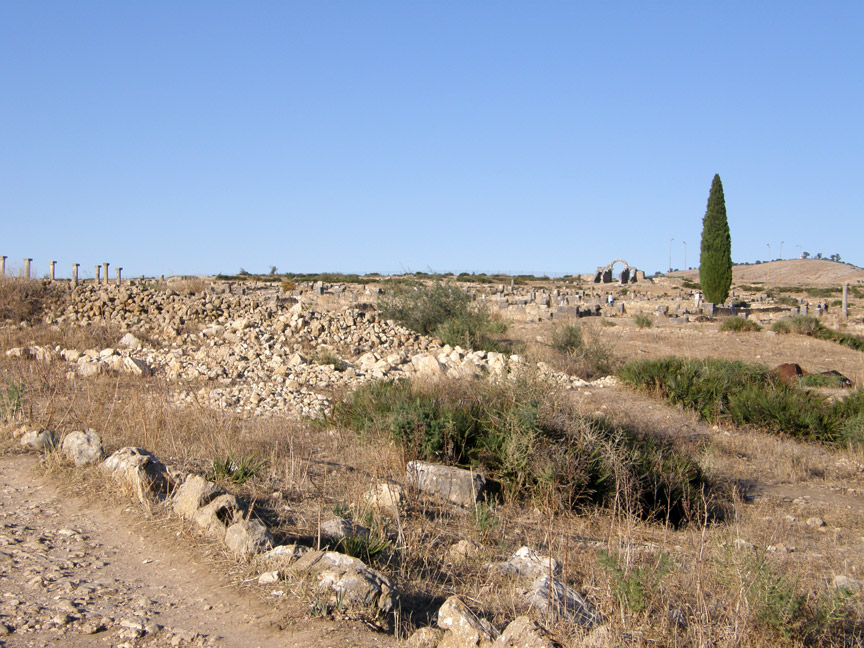 Volubilis (Arabic: وليلي Walili) is an archaeological site in Morocco situated near Meknes between Fez and Rabat. The nearest town is Moulay Idriss. Volubilis features the best preserved excavations in this part of northern Africa dating from the Roman Empire. In 1997 the site was listed on the UNESCO World Heritage list. 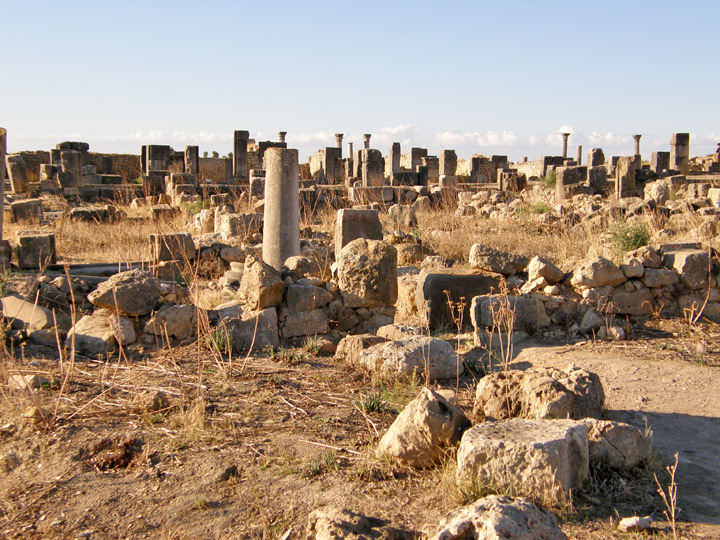 In antiquity, Volubilis was an important Roman town situated on the westernmost border of Roman conquests. It was built about 40 A.D., probably on the site of a previous Carthaginian settlement from the 3rd century B.C. 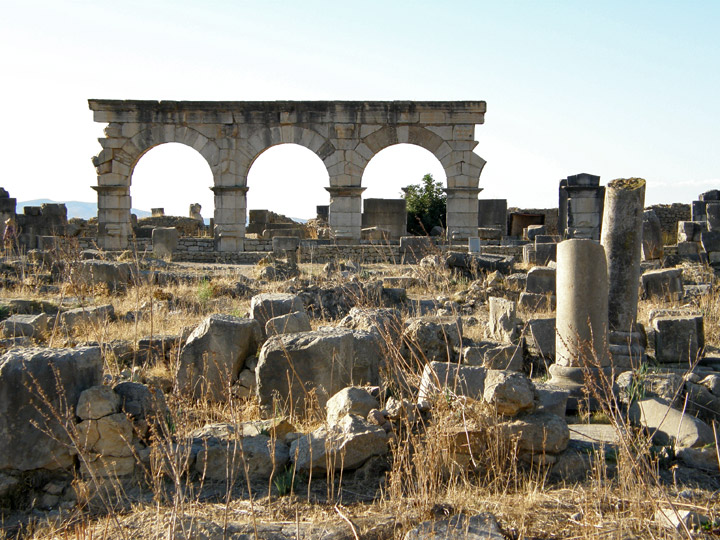 Volubilis was the administrative center of the province in Roman Africa called Mauretania Tingitana. The fertile lands of the province produced many goods such as grain and olive oil, which were exported to Rome, contributing to the province's wealth and prosperity. 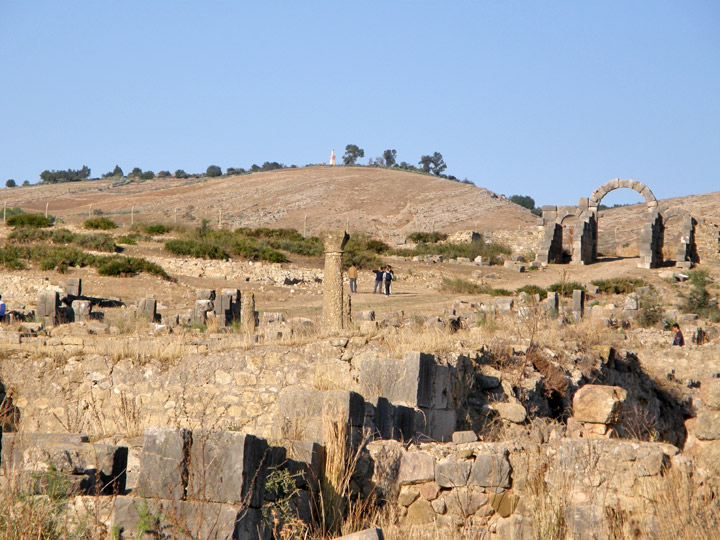 The Romans evacuated most of Morocco at the end of the 3rd century but, unlike some other Roman cities, Volubilis was not abandoned. However, it appears to have been destroyed by an earthquake in the late fourth century A.D. It was reoccupied in the sixth century, when a small group of tombstones written in Latin shows the existence of a Christian community that still dated its foundation by the year of the Roman province. Coins show that it was occupied under the Abbasids: a number of these simply bear the name of Walila. 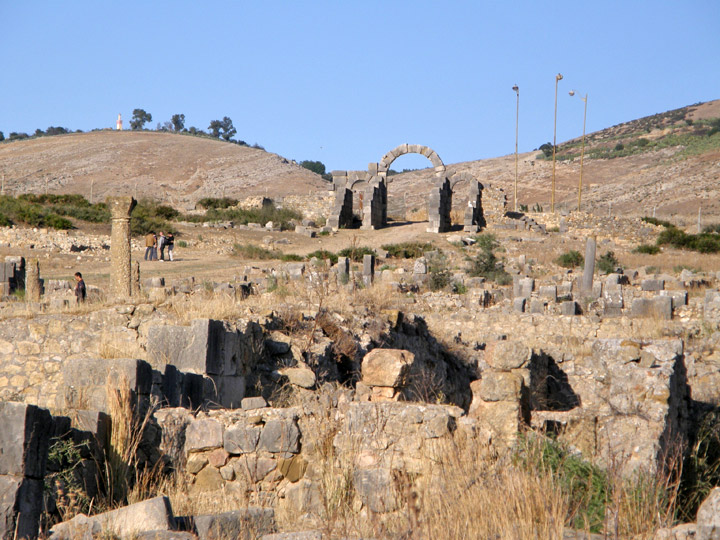 The texts referring to the arrival of Idris I in 788 show that the town was at that point in the control of the Awraba tribe, who welcomed the descendent of Ali with open arms, and declared him imam shortly thereafter. Within three years he had consolidated his hold on much of the area, founded the first settlement at Fez , and started minting coins. He died in 791, leaving a pregnant Awraba wife, Kenza, and his faithful slave, Rashid, who acted as regent until the majority of Idris II. At this point the court departed for Fez, leaving the Awraba in control of the town. 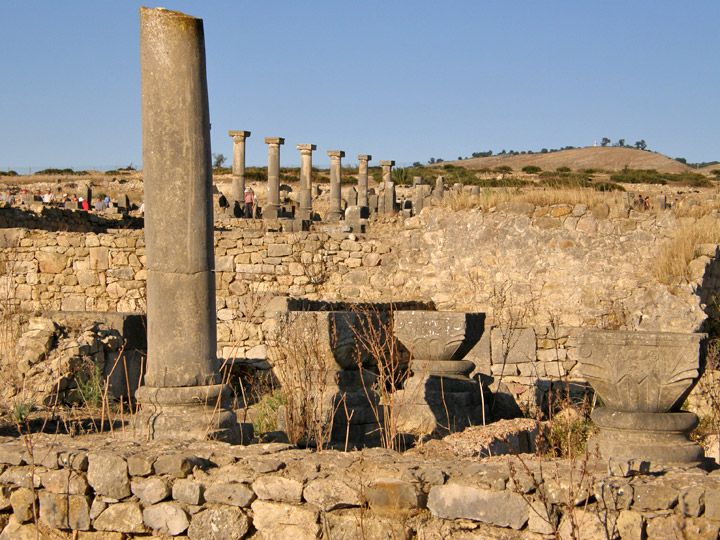 The ruins of the town were damaged by the 1755 Lisbon earthquake, while in the 18th century part of the marble was taken for constructions in nearby Meknes. 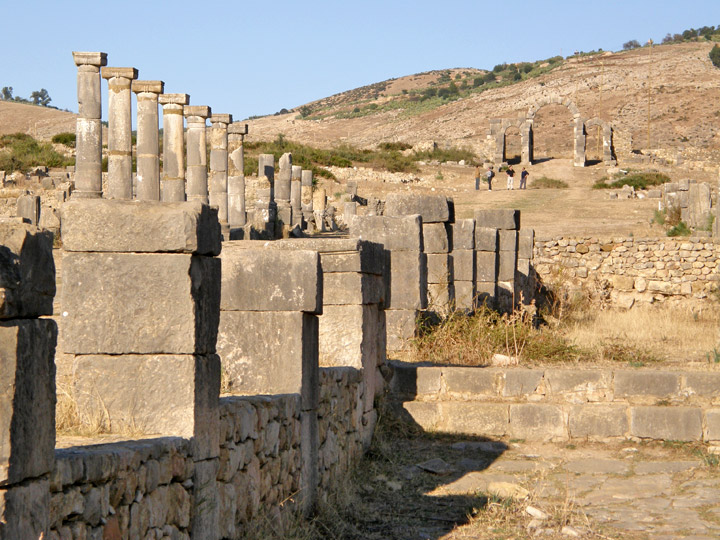 In 1915, archeological excavation was begun there by the French. Extensive remains of the Roman town have been uncovered. From 2000 excavations carried out by University College, London and the Moroccan Institut National des Sciences de l’Archéologie et du Patrimoine under the direction of Elizabeth Fentress, Gaetano Palumbo and Hassan Limane revealed what should probably be interpreted as the headquarters of Idris I just below the walls of the Roman town to the west. Excavations within the walls also revealed a section of the early medieval town.
Text from Wikipedia 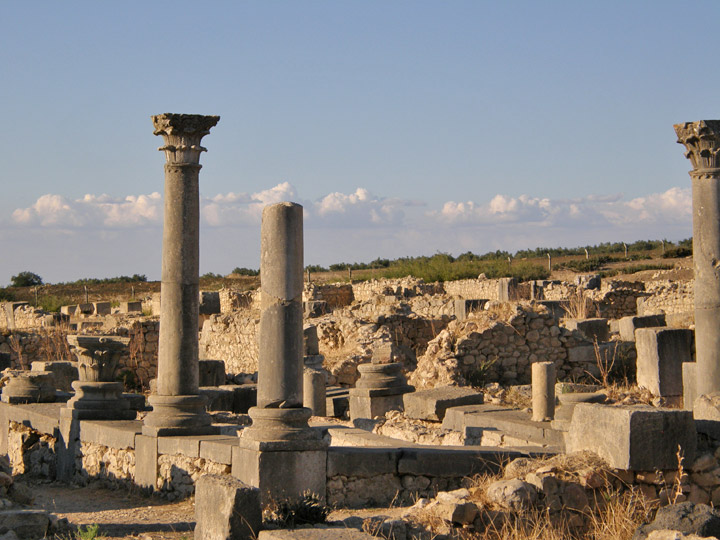 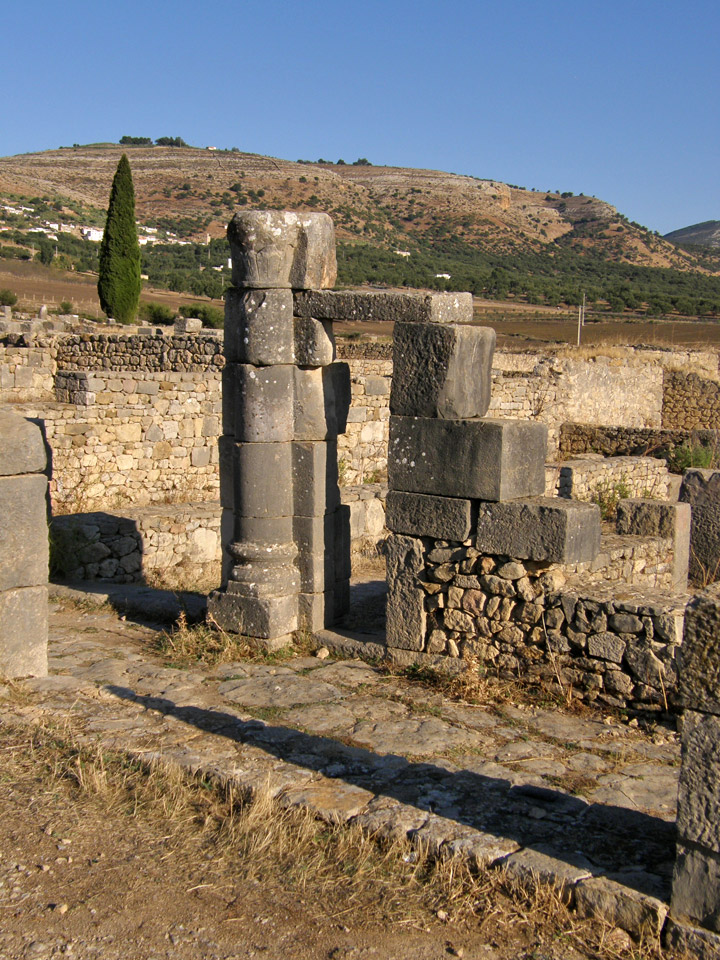 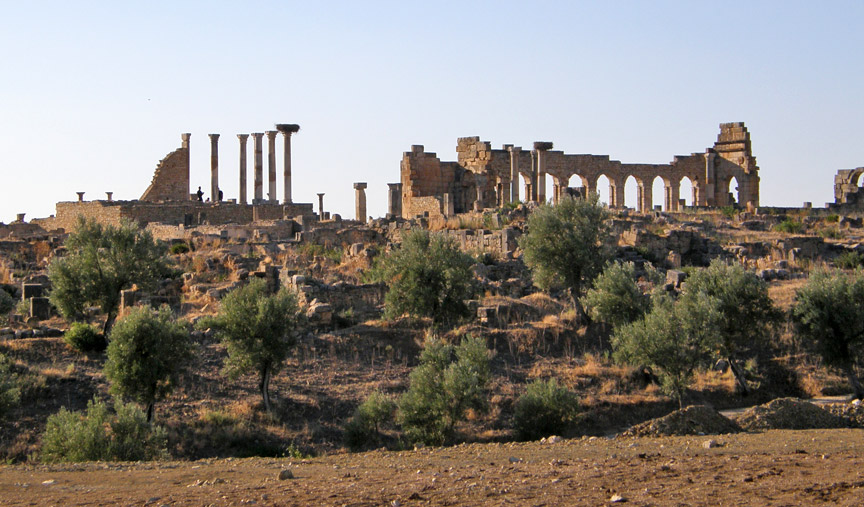 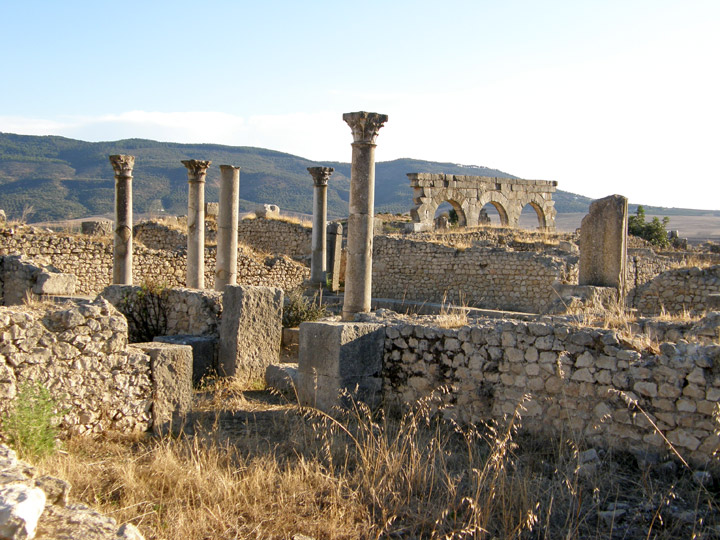 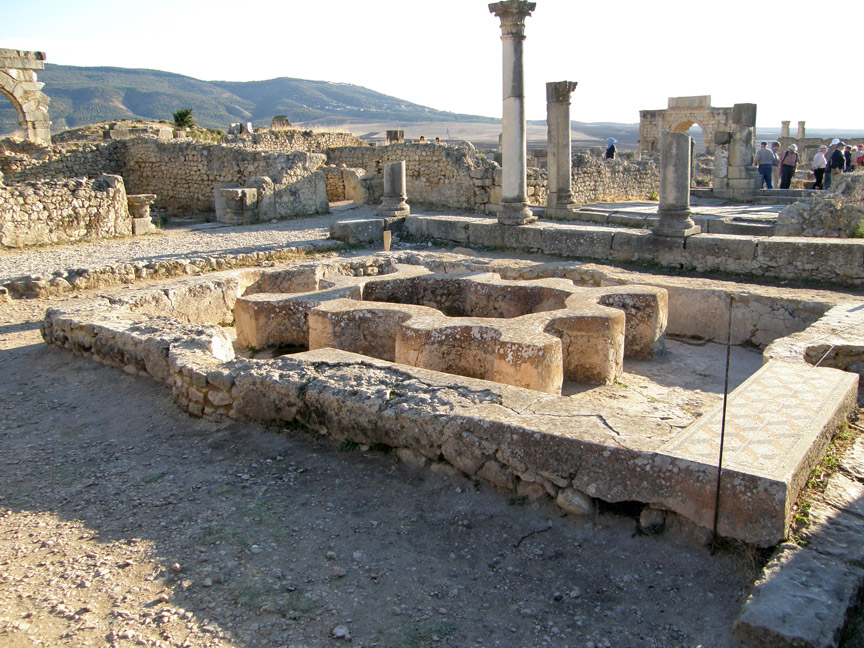 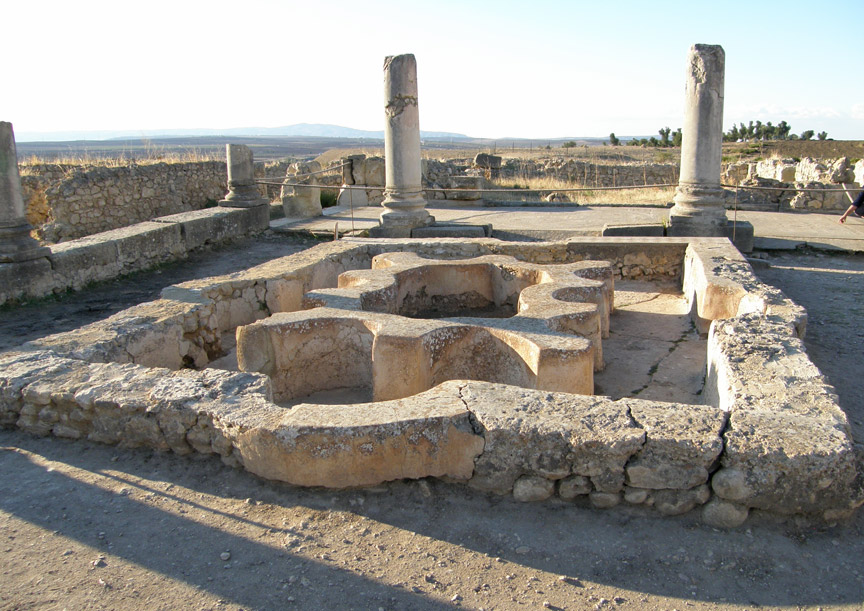 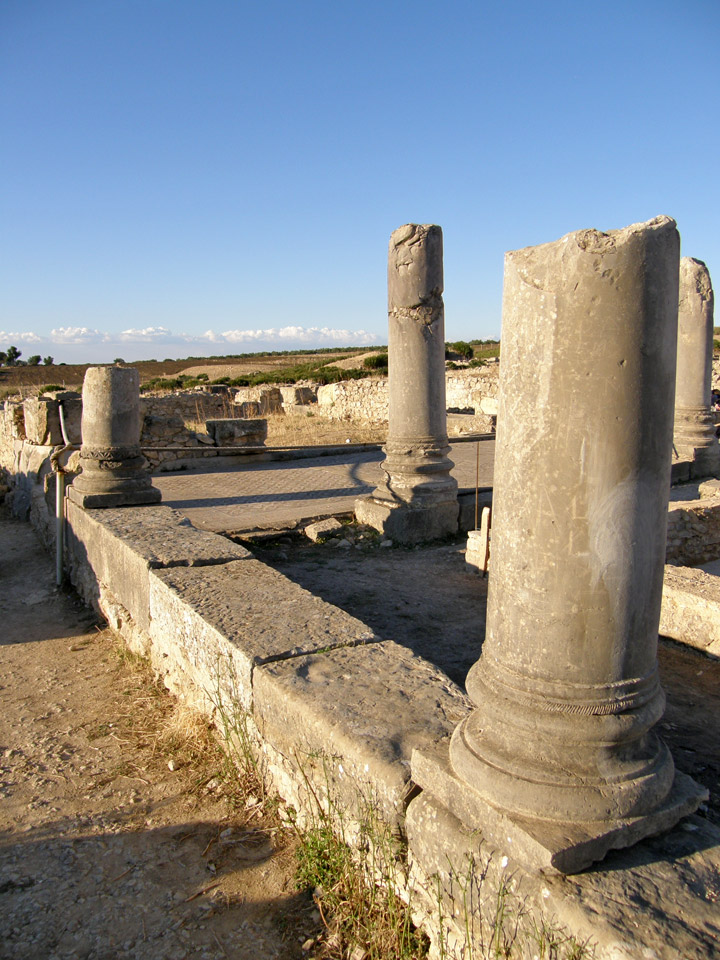 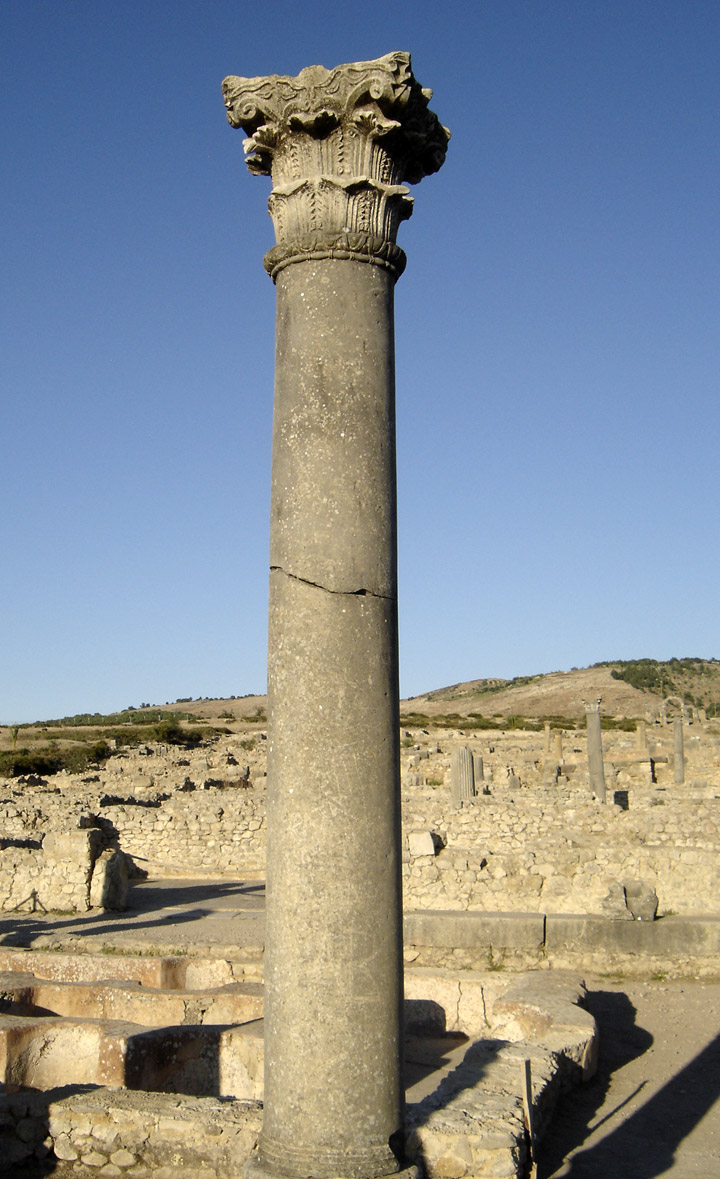 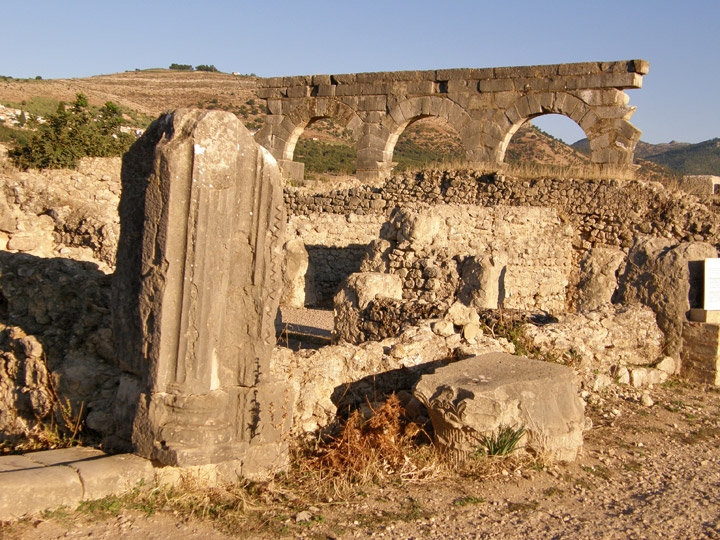