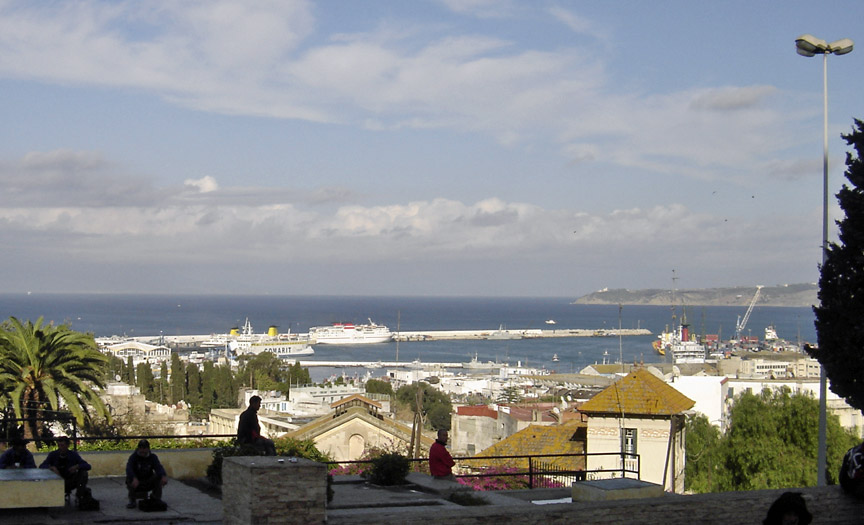 Tangier or Tangiers (Tanja طنجة in Berber and Arabic, Tánger in Spanish, Tânger in Portuguese, and Tanger in French) is a city of northern Morocco with a population of 669,680 (2004 census). It lies on the North African coast at the western entrance to the Strait of Gibraltar where the Mediterranean meets the Atlantic Ocean off Cape Spartel. It is the capital of the Tangier-Tétouan Region. 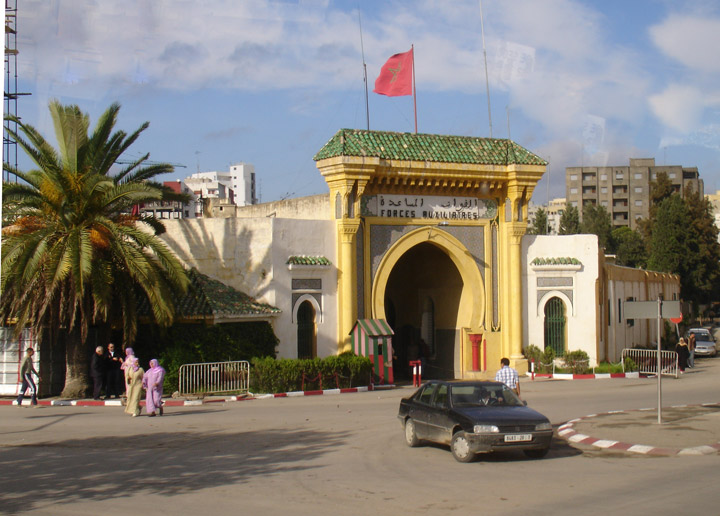 The modern Tanjah (Anglicised as Tangier) is an ancient Phoenician town, founded by Carthaginian colonists in the early 5th century BCE. Its name is possibly derived from the Berber goddess Tinjis (or Tinga), and it remains an important city for the Berbers. Ancient coins call it Tenga, Tinga, and Titga, Greek and Latin authors giving numerous variations of the name. According to Berber mythology, the town was built by Sufax, son of Tinjis, the wife of the Berber hero Antaios. The Greeks ascribed its foundation to the giant Antaeus, whose tomb and skeleton are pointed out in the vicinity, calling Sufax the son of Hercules by the widow of Antaeus. The cave of Hercules, a few miles from the city, is a major tourist attraction. It is believed that Hercules slept there before attempting one of his twelve labors. 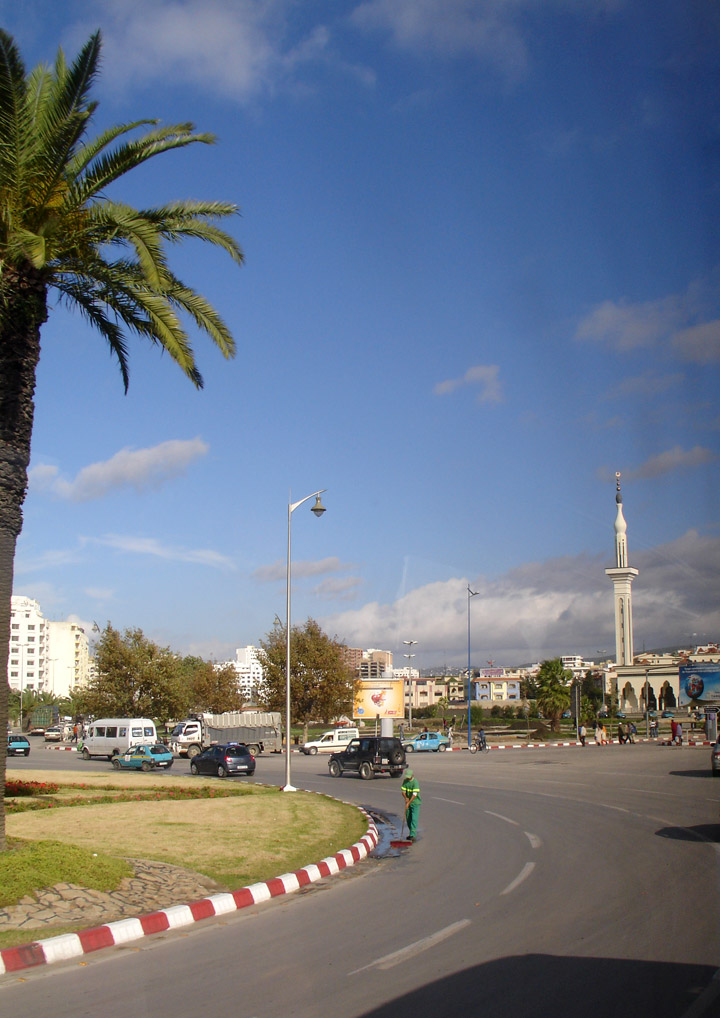 The commercial town of Tingis came under Roman rule in the course of the 1st century BC, first as a free city and then, under Augustus, a colony (Colonia Julia, under Claudius), capital of Mauritania Tingitana of Hispania. In the 5th century CE, Vandals conquered and occupied "Tingi" and from here swept across North Africa. A century later (between 534 and 682), Tangier became part of the Byzantine empire, before coming under Arab control in 702. 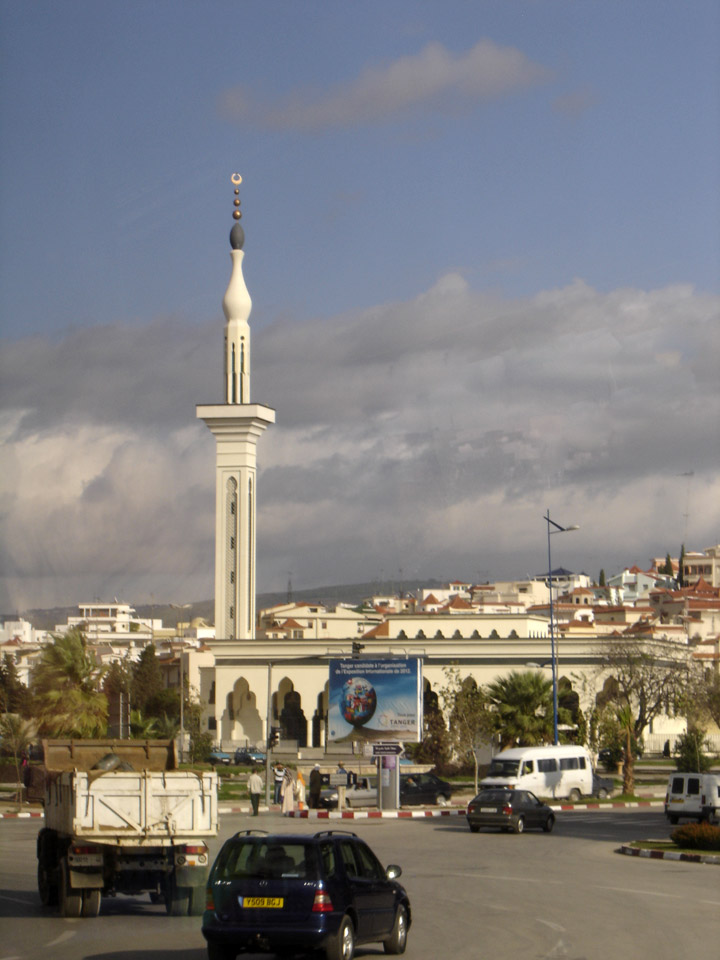 The city had a chequered history from the late Middle Ages, being held by the Portuguese from 1471-1580; by Spain during the Portuguese unification with Spain, 1580-1640; and by Portugal again, 1640-1661. In 1661 it was given to Charles II of England as part of the dowry from the Portuguese Infanta Catherine of Braganza. The English gave the city a garrison and a charter which made it equal to English towns. 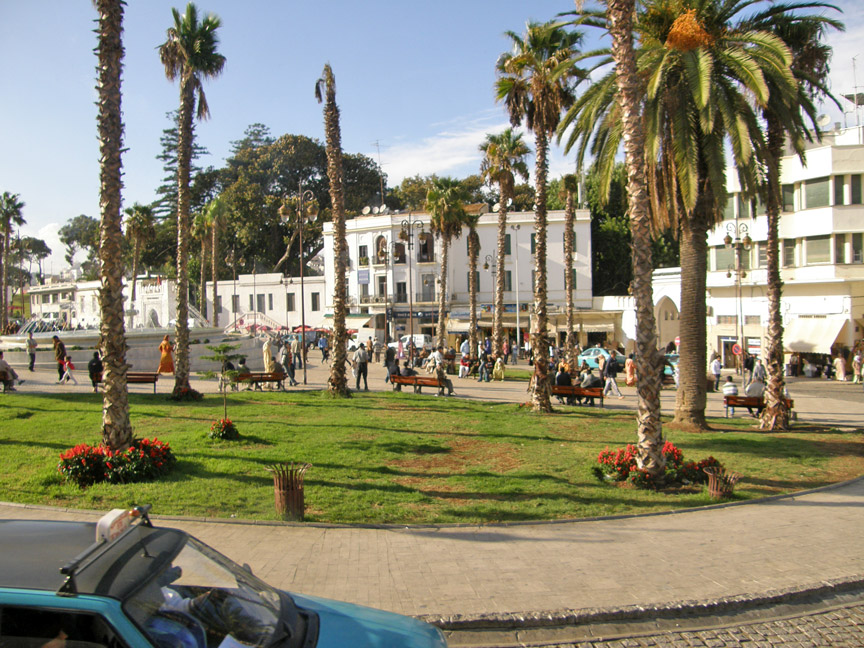 In 1679, Sultan Moulay Ismail of Morocco made an unsuccessful attempt to seize the town but imposed a crippling blockade which ultimately forced the English to withdraw. The English destroyed the town and its port facilities prior to their departure in 1684. Under Moulay Ismail the city was reconstructed to some extent, but it gradually declined until, by 1810, the population was no more than 5,000. 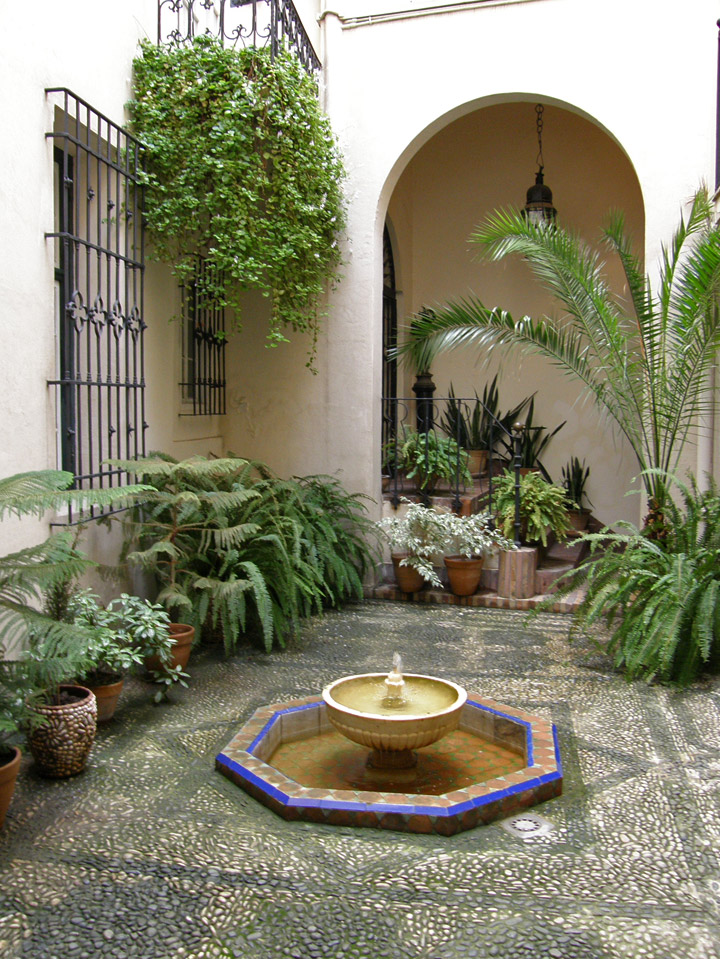 More Photos of the American Legation

The United States dedicated its first consulate in Tangier during the Washington administration. In 1821, the Legation Building in Tangier became the first piece of property acquired abroad by the U.S. government--a gift to the U.S. from Sultan Moulay Suliman. It was bombarded by the French Prince de Joinville in 1844. 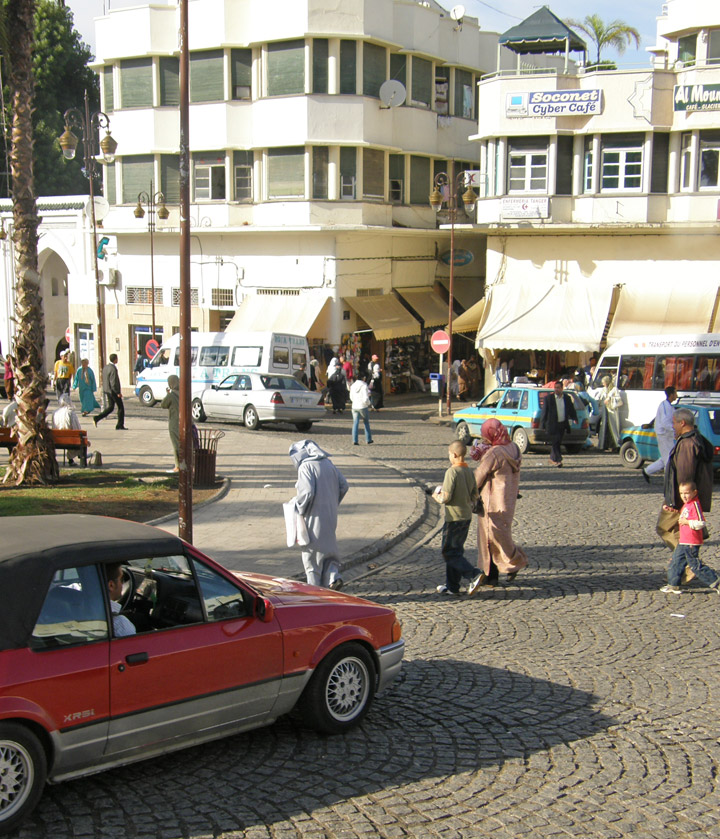 Tangier's geographic location made it a centre for European diplomatic and commercial rivalry in Morocco in the late 19th and early 20th centuries. By the opening of the 20th century it had a population of about 40,000, including 20,000 Muslims (with Berbers predominating over Arabs), 10,000 Jews, and 9,000 Europeans (of whom 7,500 were Spanish). The city was increasingly coming under French influence, and it was here in 1905 that Kaiser Wilhelm II triggered an international crisis that almost led to war between his country and France by pronouncing himself in favor of Morocco's continued independence. 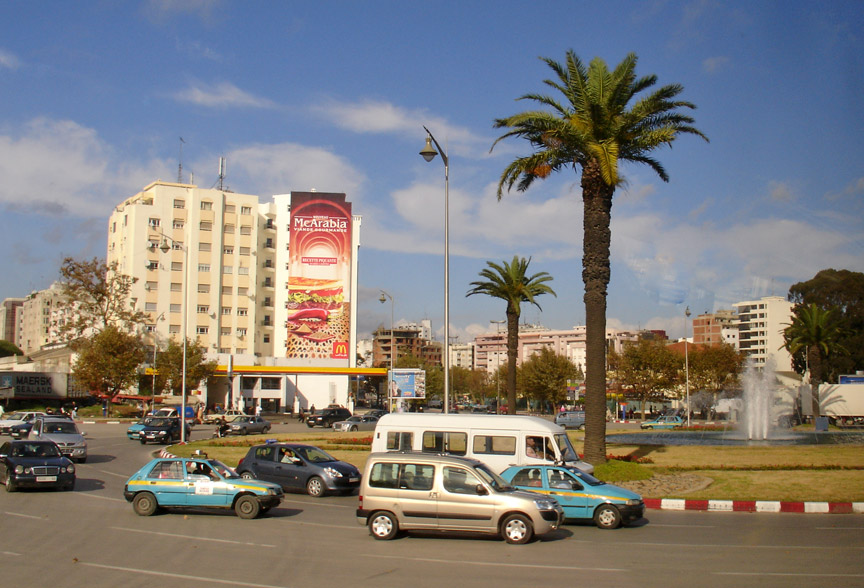 In 1912, Morocco was effectively partitioned between France and Spain, the latter occupying the country's far north (called Spanish Morocco) and a part of Moroccan territory in the south, while France declared a protectorate over the remainder. Tangier was made an international zone in 1923 under the joint administration of France, Spain, and Britain, joined by Italy in 1928. 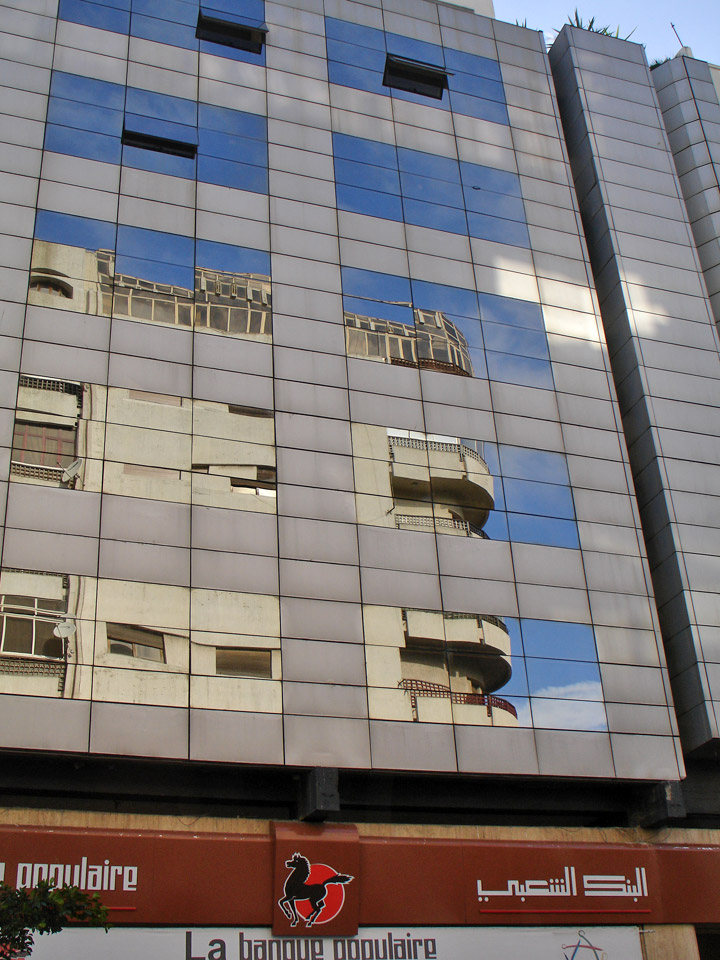 After a period of effective Spanish control from 1940 to 1945 during World War II, Tangier was reunited with the rest of Morocco following the restoration of full sovereignty in 1956. 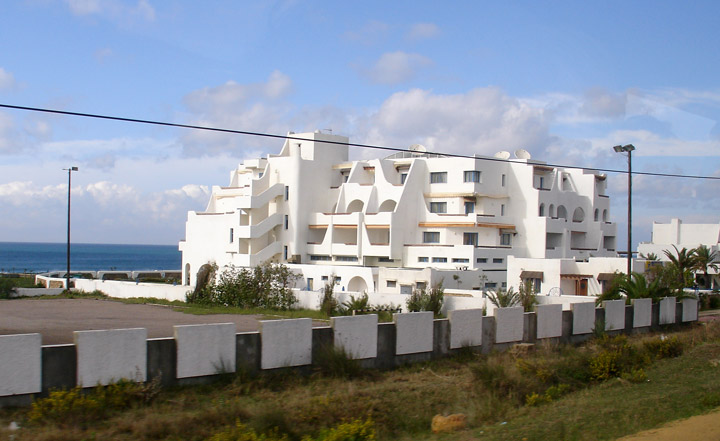 Tangier was a Roman Catholic titular see of former Mauretania Tingitana (the official list of the Roman Curia places it in Mauretania Caesarea).

Towards the end of the third century, Tangier was the scene of the martyrdom of St. Marcellus, mentioned in the Roman Martyrology on 30 October, and of St. Cassian, mentioned on 3 December. It is not known whether it was a diocese in ancient times. 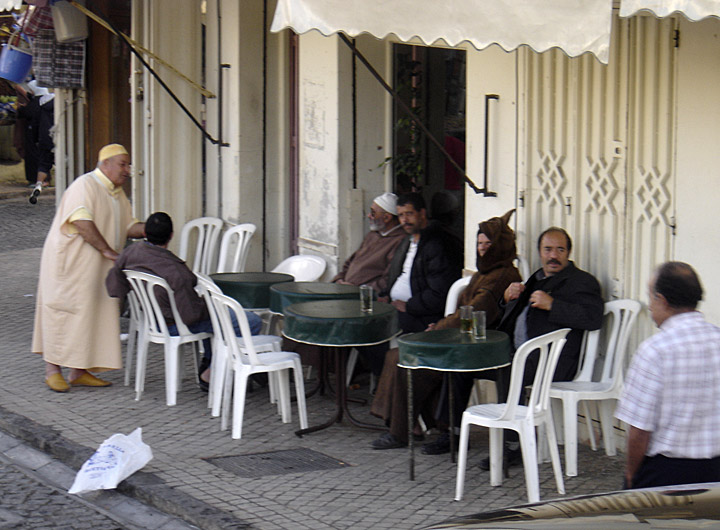 Under the Portuguese domination, it was a suffragan of Lisbon and, in 1570, was united to the diocese of Ceuta. Six of its bishops are known, the first, who did not reside in his see, in 1468. In the protectorate era of Morocco Tangier was the residence of the prefect Apostolic of Morocco, which mission was in charge of the Friars Minor. It had a Catholic church, several chapels, schools, and a hospital. Tangier is a host of the Anglican church of Saint Andrew. 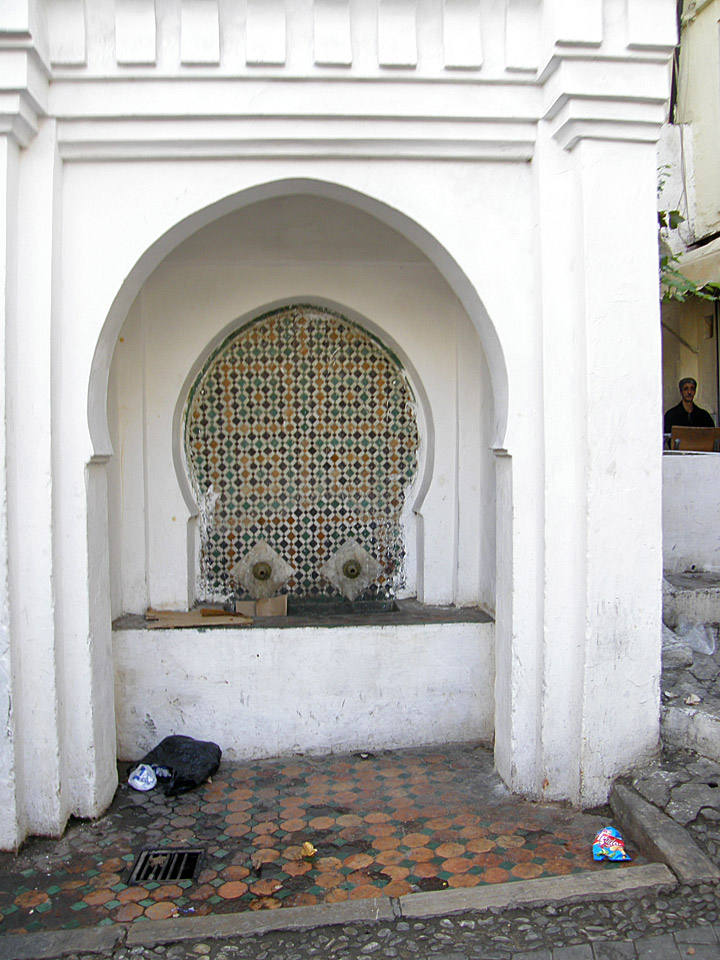 Tangier has been reputed as a safe house for international spying activities. Its position during the Cold War and other spying periods of the 19th and 20th century is legendary. Tangier acquired the reputation of a spying and smuggling centre and attracted foreign capital due to political neutrality and commercial liberty at that time. 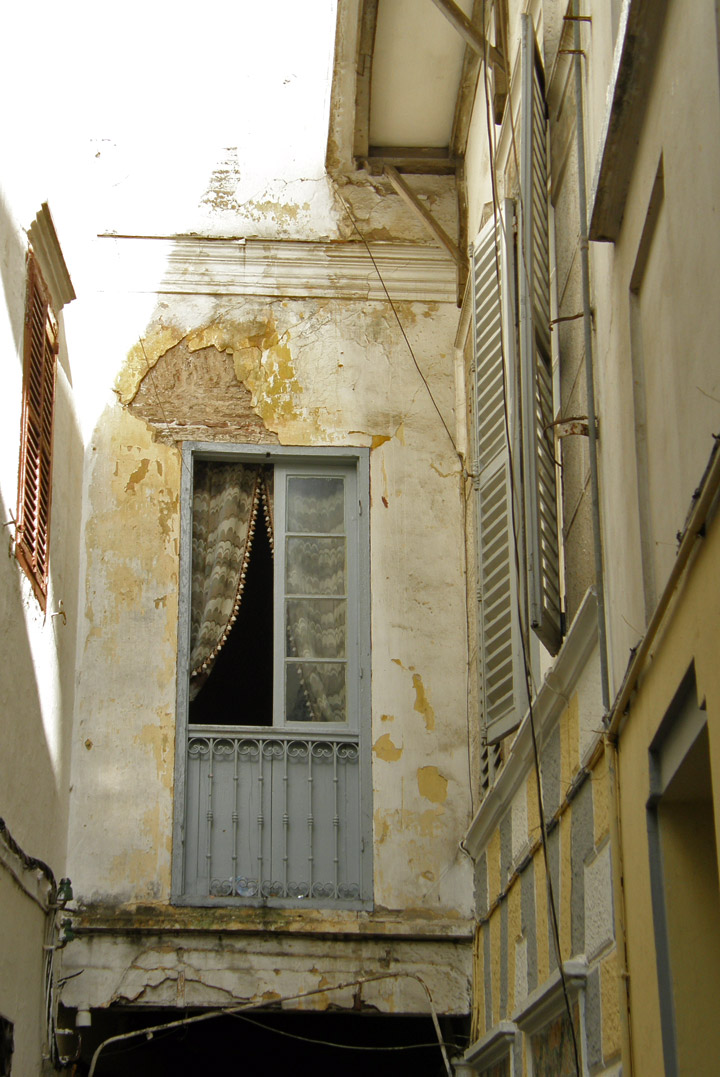 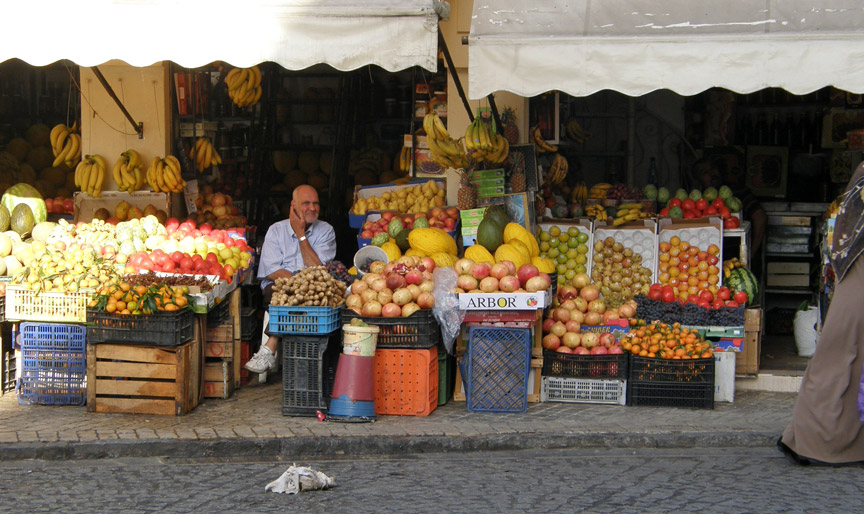 The multicultural placement of Muslim, Christian, and Jewish communities and the foreign immigrants attracted writers like Paul Bowles, William S. Burroughs, Jack Kerouac, Tennessee Williams, Brion Gysin and the music group the Rolling Stones, who all lived in or visited Tangier. 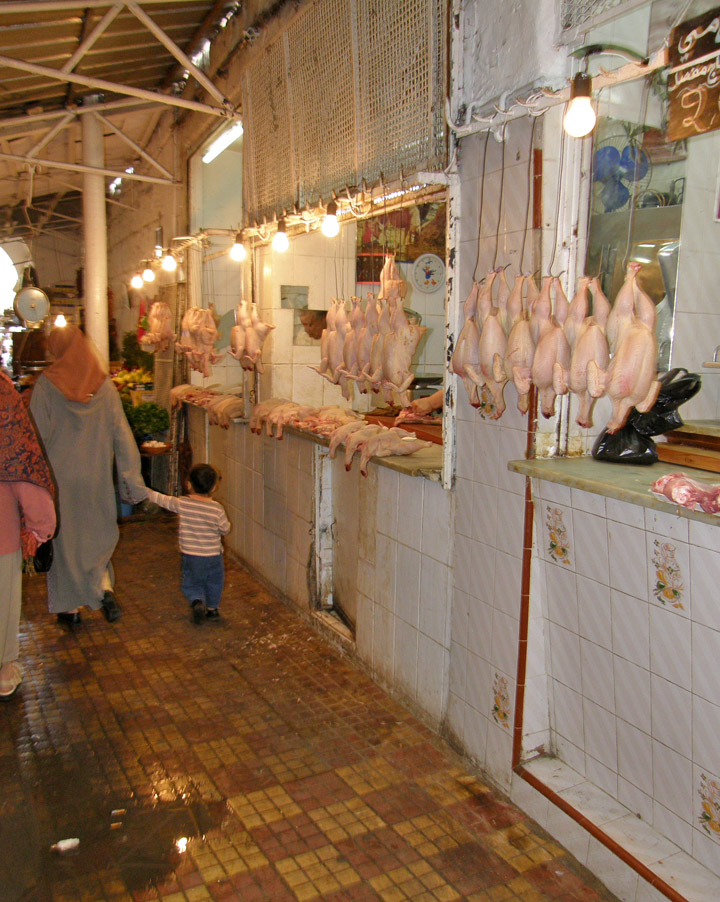 It was after Delacroix that Tangier became an obligatory stop for artists seeking to experience the colors and light he spoke of for themselves - with varying results. Matisse made several sojourns in Tangier, always staying at the Hotel Villa de France. "I have found landscapes in Morocco," he claimed, "exactly as they are described in Delacroix's paintings." The Californian artist Richard Diebenkorn was directly influenced by the haunting colors and rhythmic patterns of Matisse’s Morocco paintings. 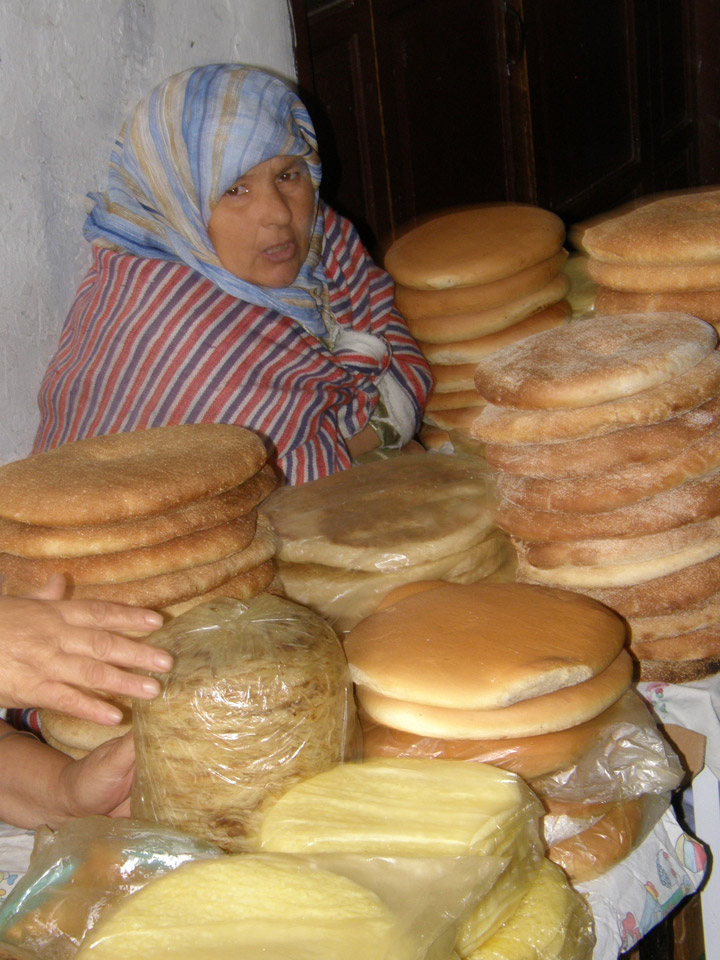 In the 1940s and until 1956 when the city was an International Zone, the city served as a playground for eccentric millionaires, a meeting place for secret agents and all kinds of crooks, and a mecca for speculators and gamblers, an Eldorado for the fun-loving "Haute Volée". 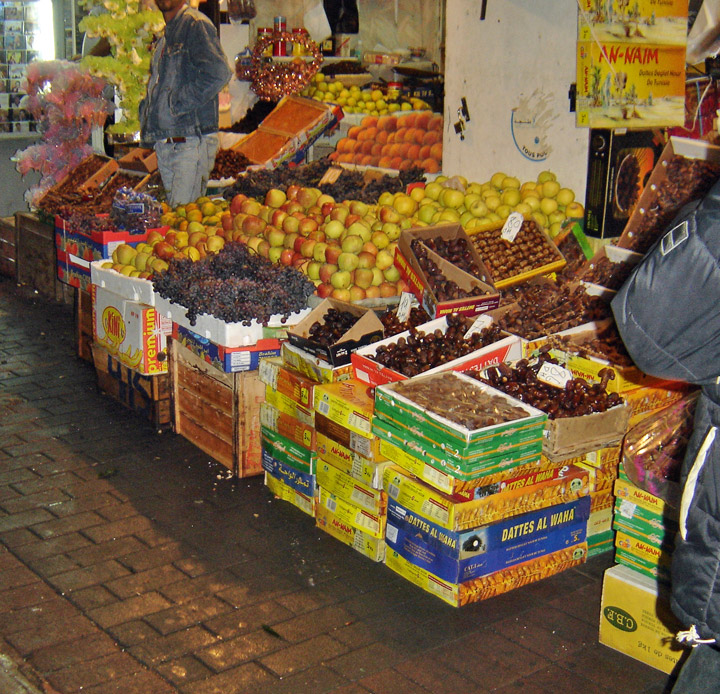 Around the same time, a circle of writers emerged which was to have a profound and lasting literary influence. This included Paul Bowles, Tennessee Williams and Jean Genet as well as Mohamed Choukri (one of North Africa's most controversial and widely read authors), Abdeslam Boulaich, Larbi Layachi, Mohammed Mrabet and Ahmed Yacoubi. Among the best known works from this period is Choukri's For Bread Alone. Originally written in Classical Arabic, the English edition was the result of close collaboration with Bowles (who worked with Choukri to provide the translation and supplied the introduction). Tennessee Williams described it as 'a true document of human desperation, shattering in its impact.' Independently, William S. Burroughs' Naked Lunch was written in Tangier and the book's locale of Interzone is an allusion to the city. 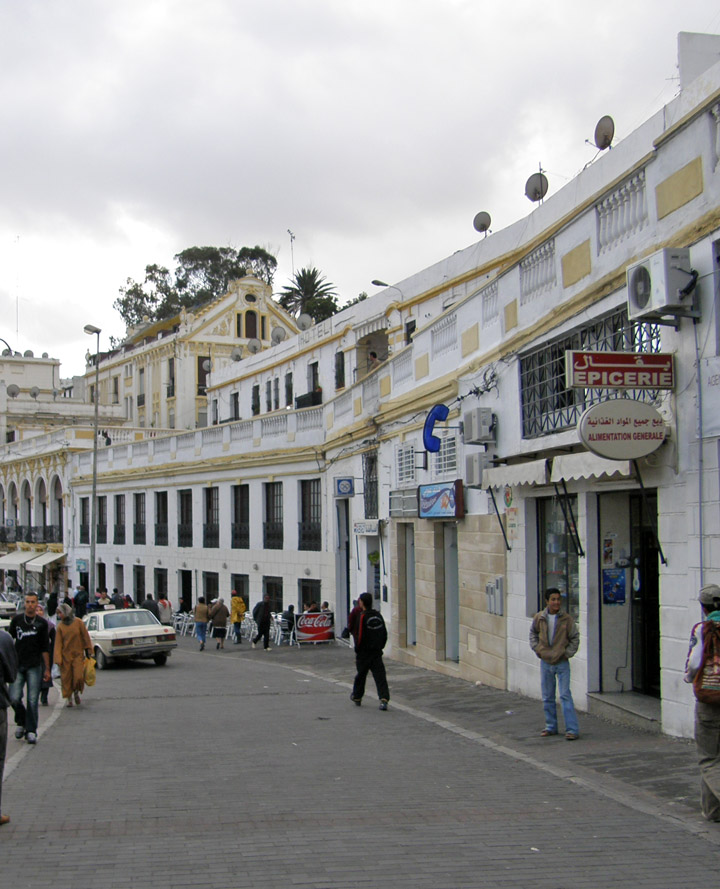 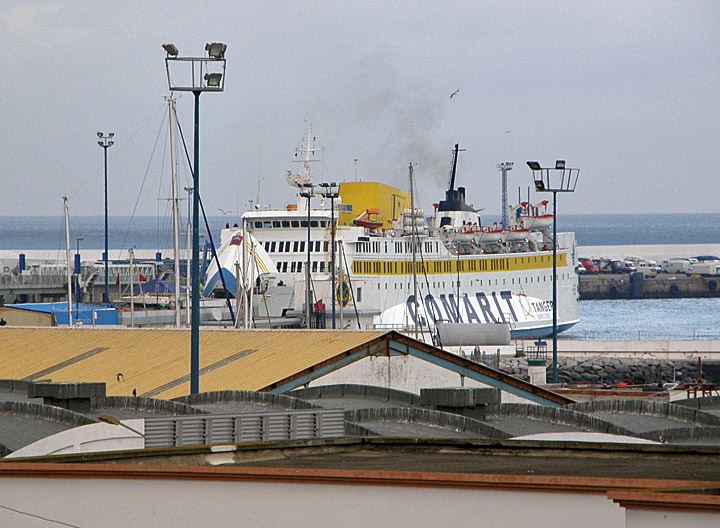 the ferry from Europe 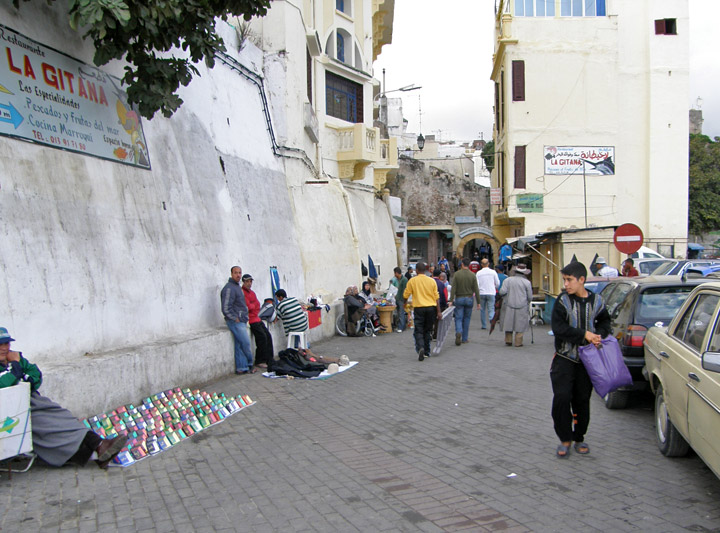 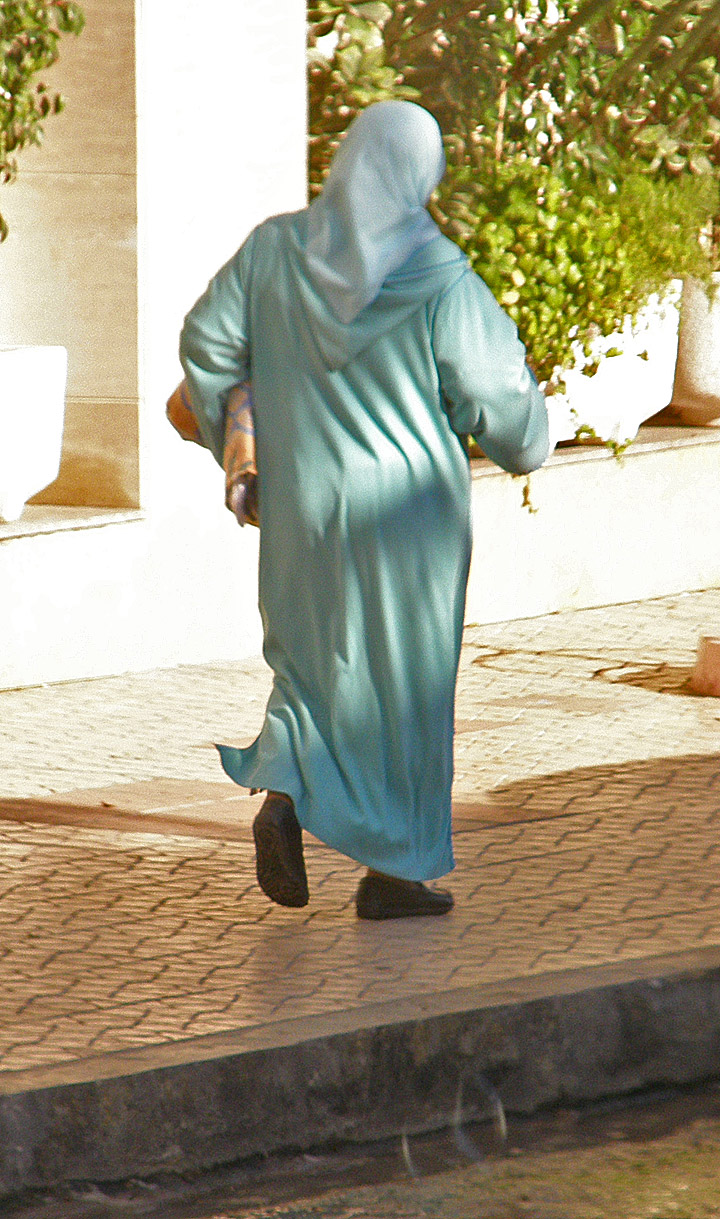 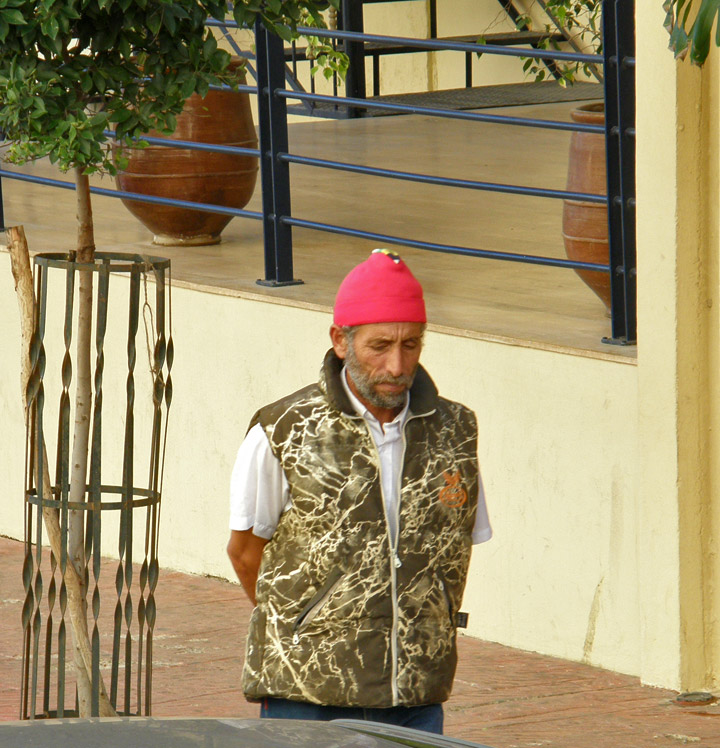