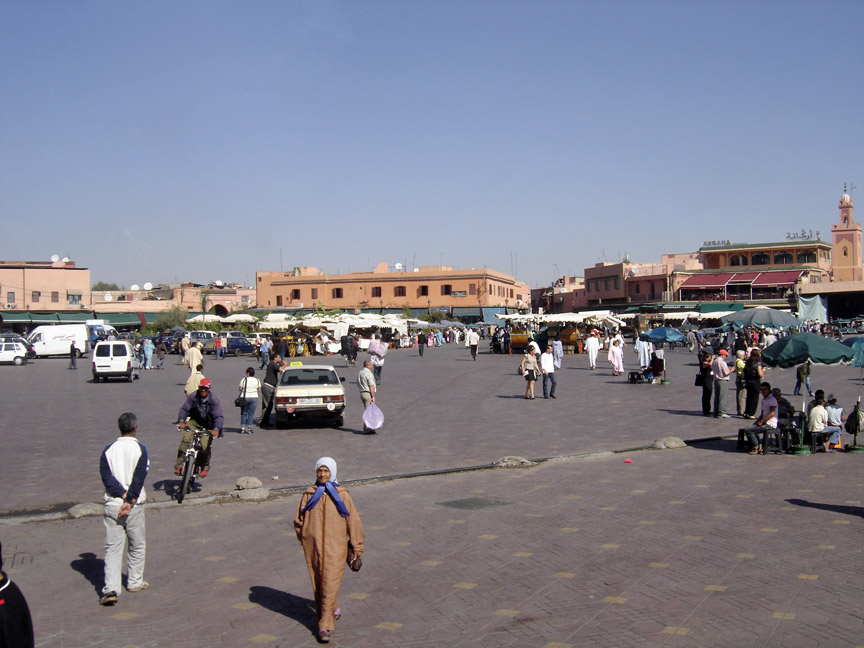 Marrakech or Marrakesh (مراكش Marrakesh), known as the "Red City" or "Al Hamra," is a city with a population of 1.036.500(2006) in southwestern Morocco in the foothills of the Atlas Mountains. 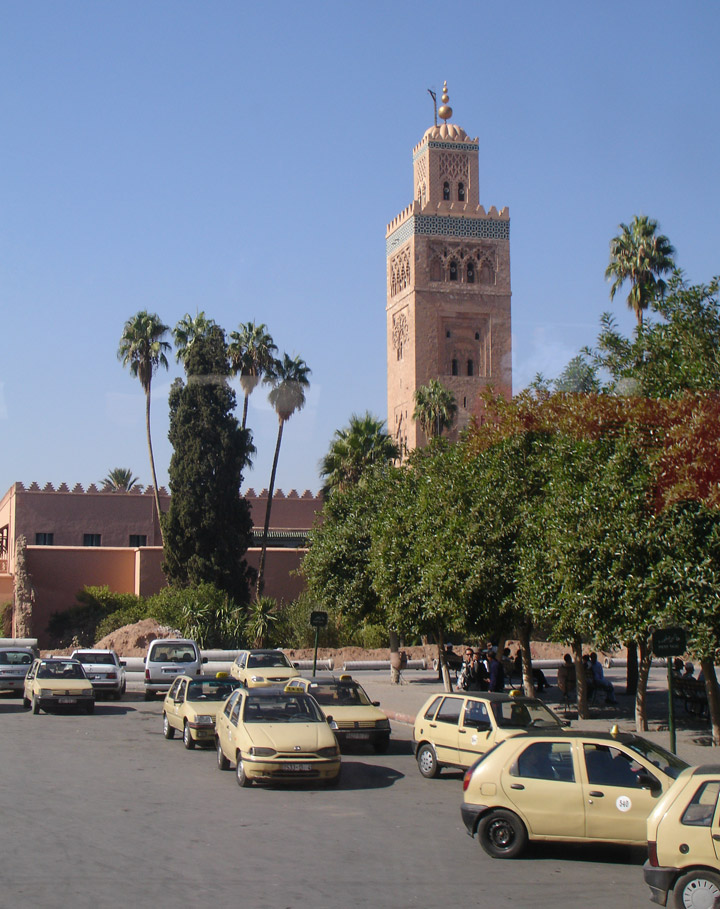 The possible origin of its name could be from the Tamazight (Berber) words mur (n) akuch, which means Land of God. (The root "mur" is nowadays in the Berber languages used only in the feminine form "tamurt"). The same word "mur/mawr" appears in the country Mauritania, but this interpretation is still unproved to this day, and there are other possibilities that are often invoked.

The name Morocco itself derives from Murrakush. This city is the capital of the Marrakech-Tensift-El Haouz region. 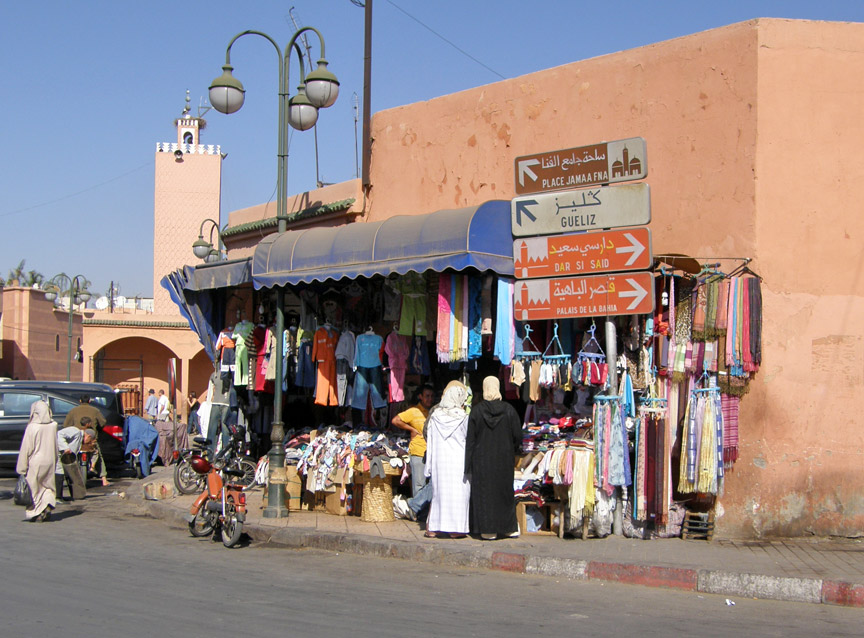 Marrakech has the largest traditional market (souk) in Morocco and also has the busiest square in the entire continent of Africa, called Djemaa el Fna. The square bustles with acrobats, story-tellers, water sellers, dancers and musicians by day; and food stalls by night, becoming a huge open-air restaurant. 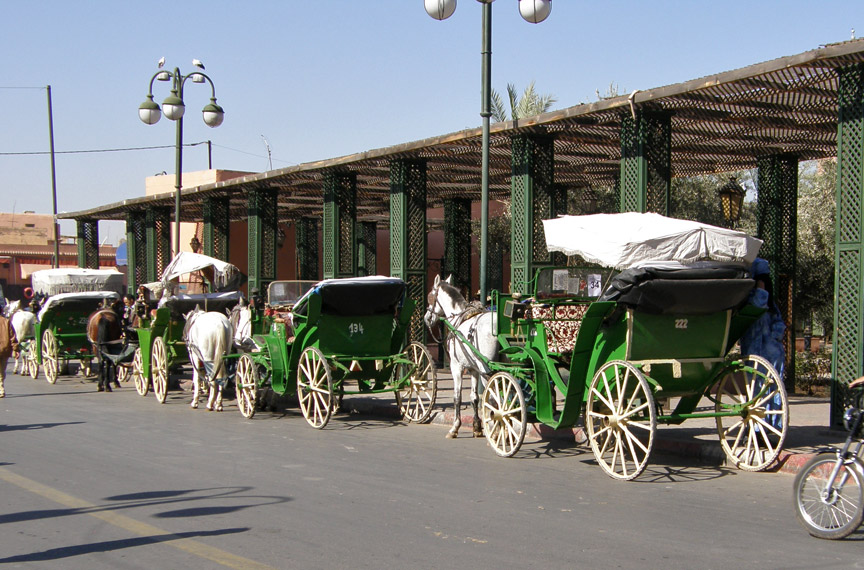 horse carriages for rides about the city

Like many North African and Middle Eastern cities, Marrakech comprised both an old fortified city (the médina) and an adjacent modern city (called Gueliz). It is served by Ménara International Airport (RAK is the code for the city) and a rail link to Casablanca and the north. 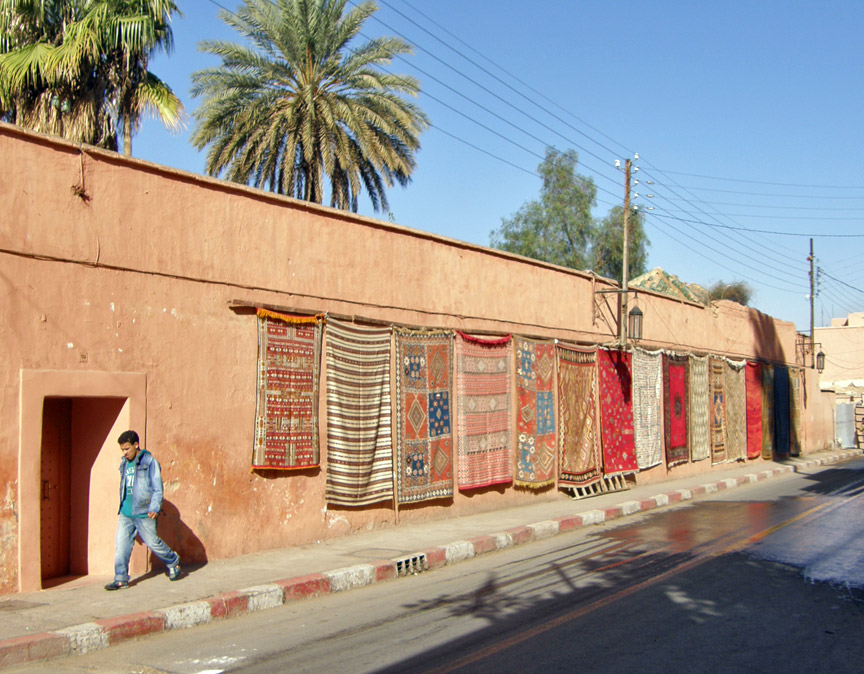 The city is called "Marrakech" in French, "Marrakesh" in English, and "Marrakesch" in German. 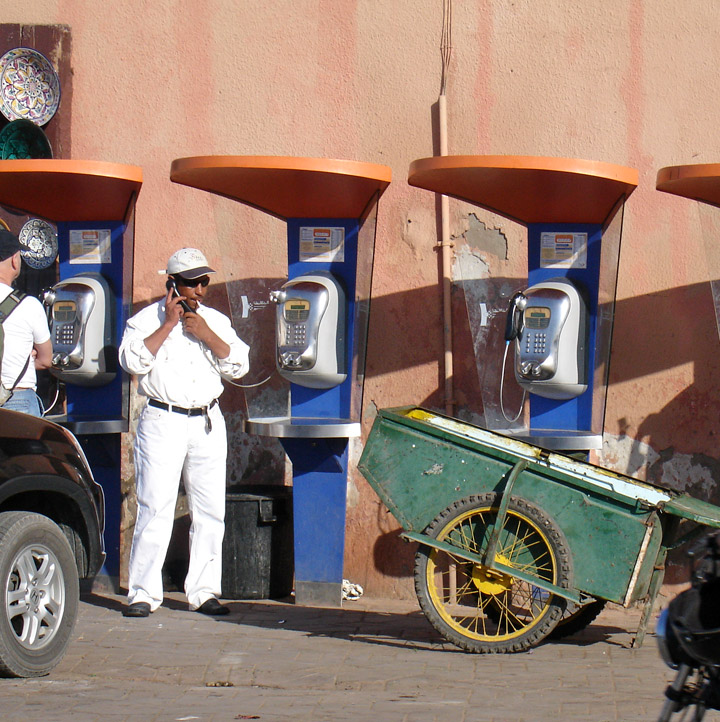 for those without cell phones 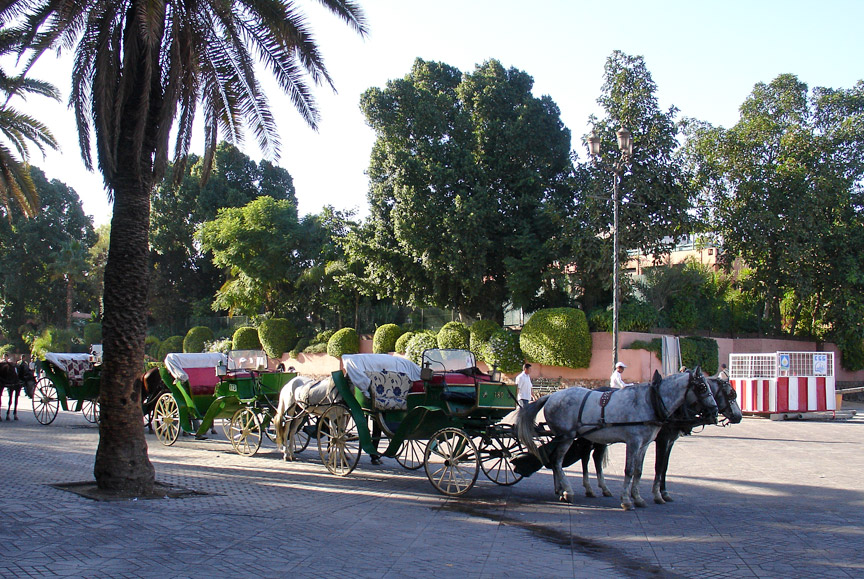 The official number of residents is one million; however, the population is estimated to be around two millions. The largest part of the population of Marrakech is of Berber origin. Also, there is a very large international community consisting mainly of Europeans: especially French, estimated at 10,700 people, mostly retired. Also Germans, Italians, English and Swiss. 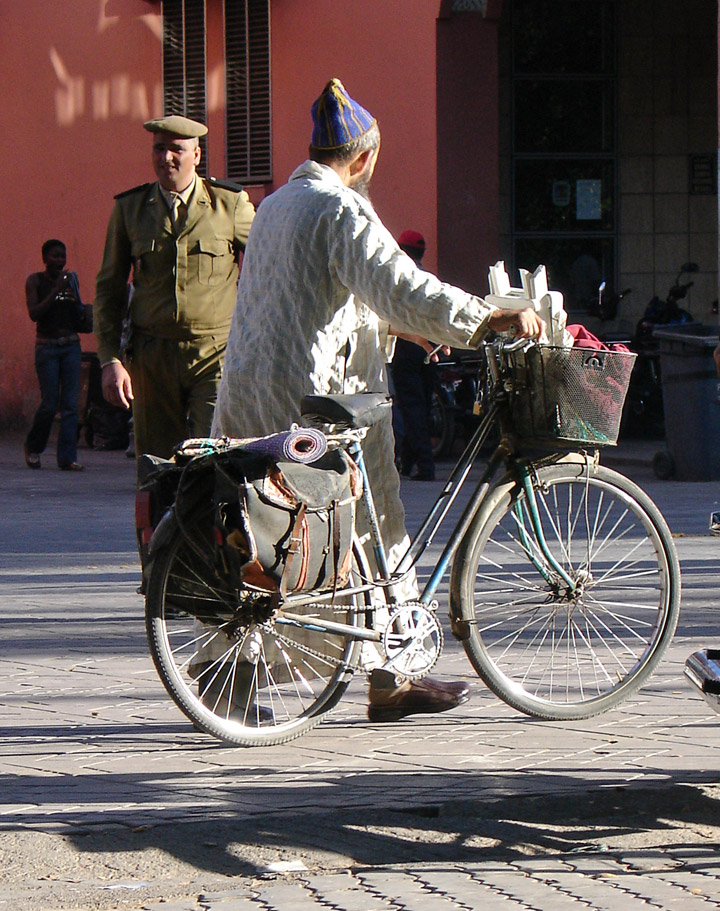 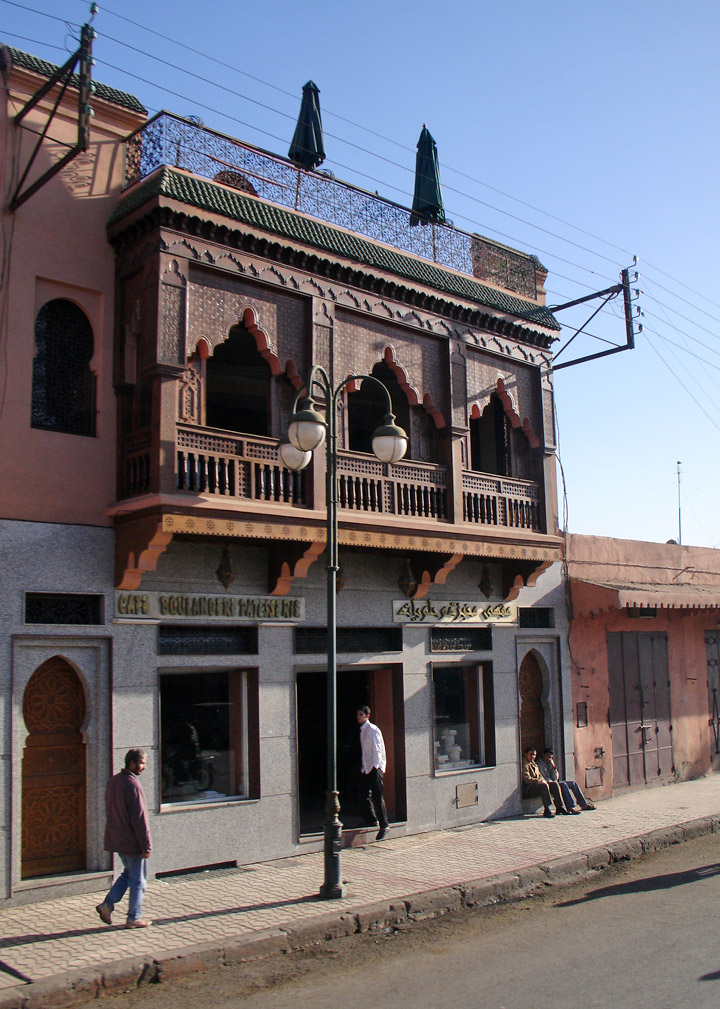 Marrakesh is the third largest city in Morocco after Casablanca and Rabat, and was known to early travellers as "Morocco City." Prior to the advent of the Almoravids in the 11th century, the area was ruled from the city of Aghmat. The Almoravid leader, Abu-Bakr Ibn-Umar decided Aghmat was becoming overcrowded and decided to build a new capital. Being a nomad from the Sahara Desert, he decided to build it in a plain, away from the mountains and rivers, and chose the site of Marrakech as being in neutral territory between two tribes who were vying for the honor of hosting the new capital. Work started in May 1070, but Abu-Bakr was recalled to the Sahara to put down a rebellion in January 1071, and the city was completed by his deputy and eventual successor Yusuf ibn Tashfin.The city experienced its greatest period under the leadership of Yacoub el Mansour, the third Almohad sultan. A number of poets and scholars entered the city during his reign, and he began the construction of the Koutoubia Mosque and a new kasbah. 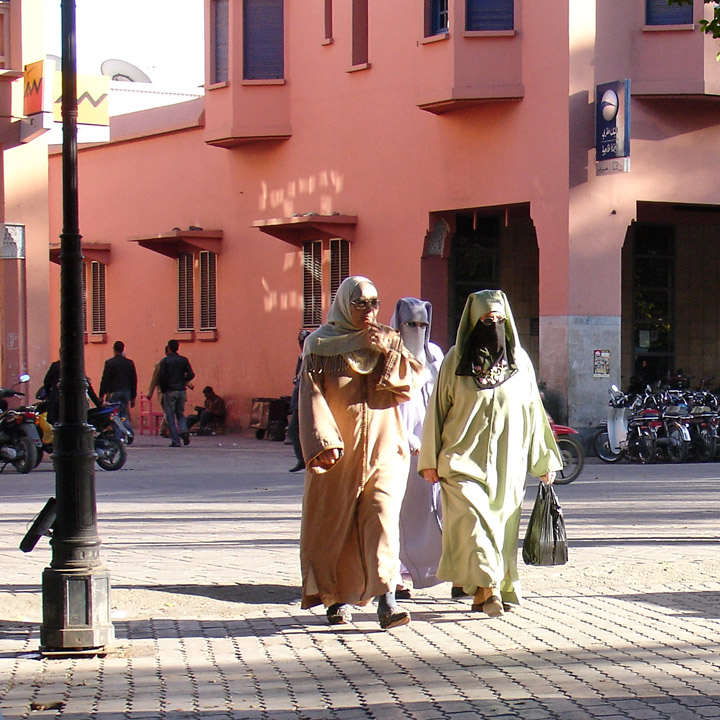 Prior to the reign of Moulay Ismail, Marrakech was the capital of Morocco. After his reign, his grandson moved the capital back to Marrakech from Meknès. 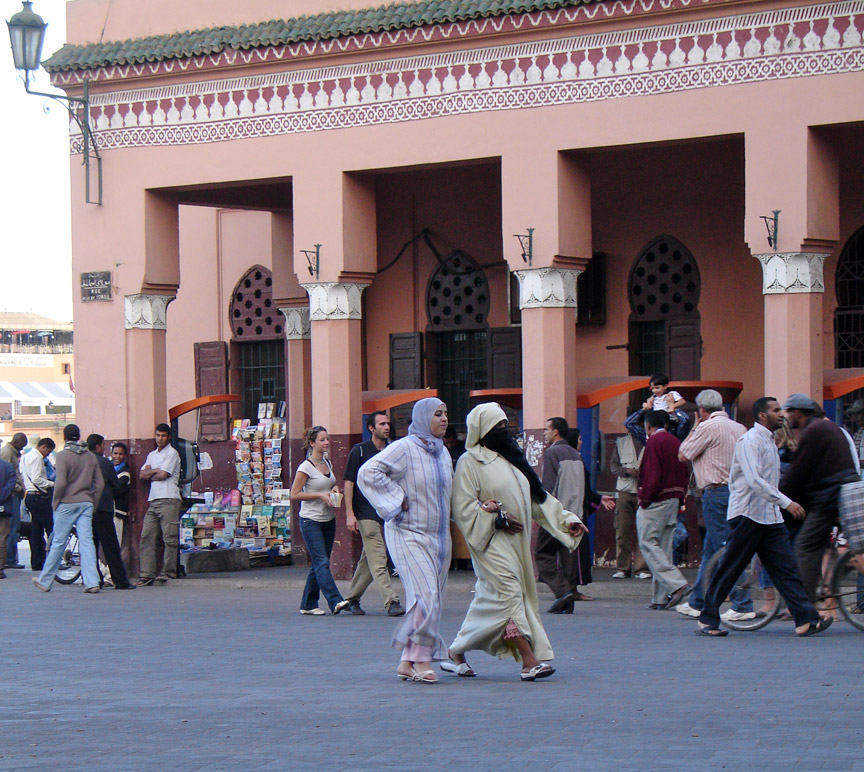 Since centuries Marrakesh is known for its 'seven saints'. When sufism was at the height of its popularity Moulay Ismail decided to move the tombs of several renowned figures to Marrakesh to attract pilgrims in the same way Essaouira did at that time with its Regrega festivals. The 'seven saints' (sebta rizjel) is now a firmly established institution, attracting visitors from everywhere. The seven saints include Sidi Muhammad al-Jazuli and Sidi Abu al-Qasim Al-Suhayli. 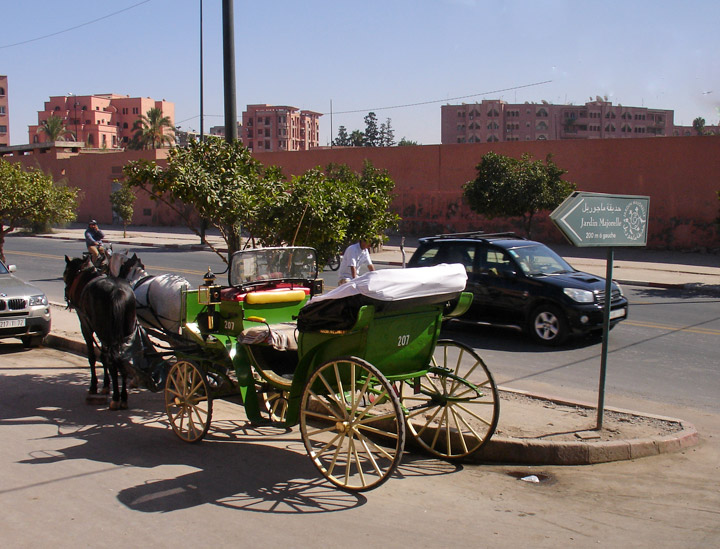 waiting for the guests

It was dominated in the first half of the 20th century by T'hami El Glaoui, Lord of the Atlas and Pasha of Marrakesh. 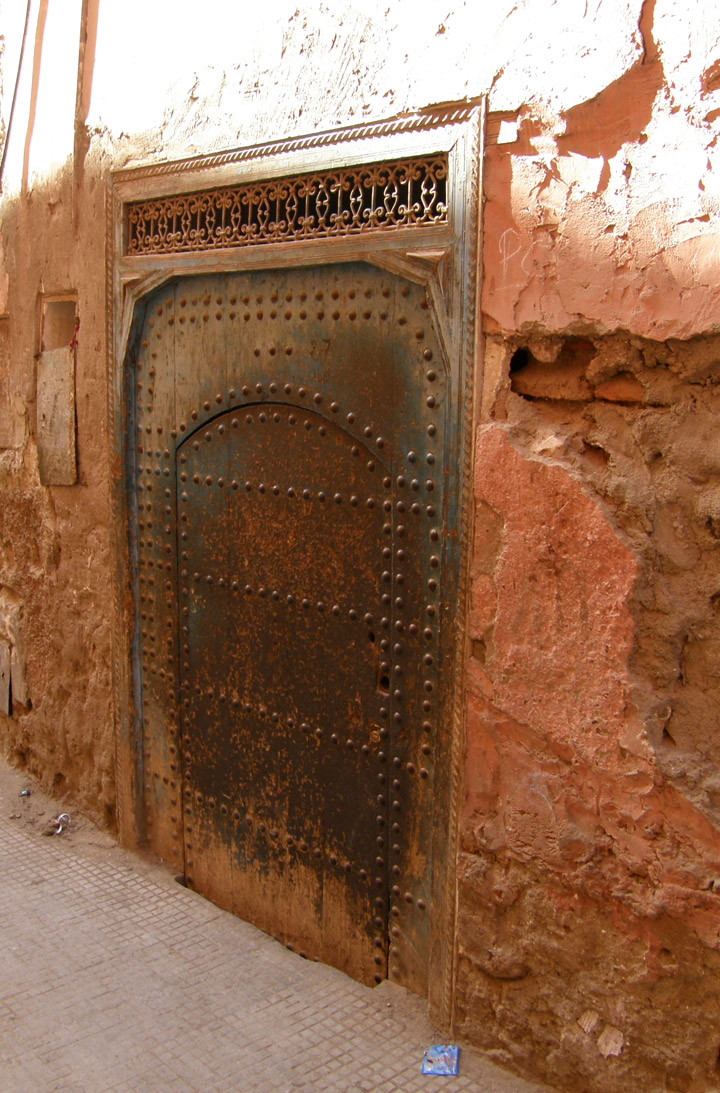