By the 10th century Mixtec rulers from the neighboring highlands had fought and married their way into parts of the Zapotec Valley of Oaxaca. Occupying Monte Albán as a necropolis, or city of the dead, 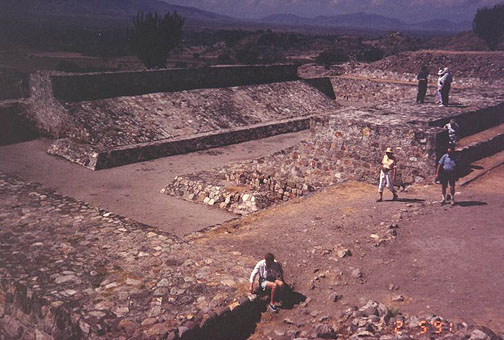 they built fortified cities such as Yagul, 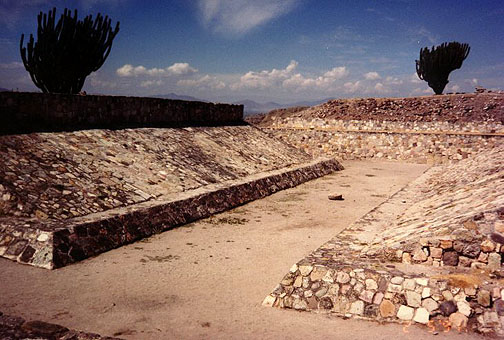 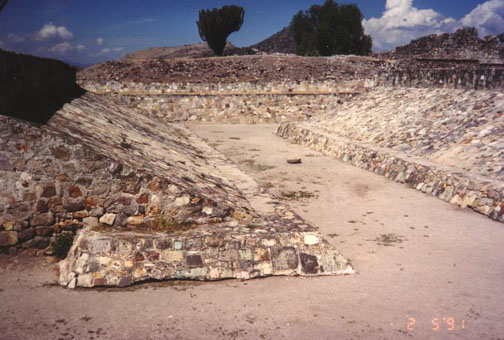 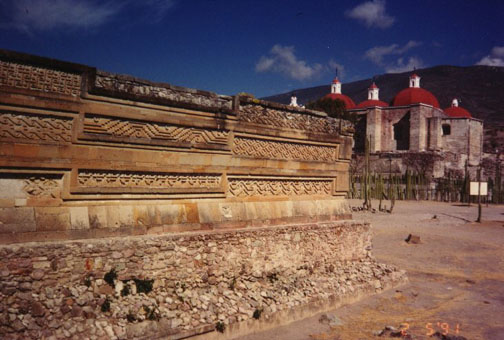 as well as the important religious center of Mitla.
(modern church in background) 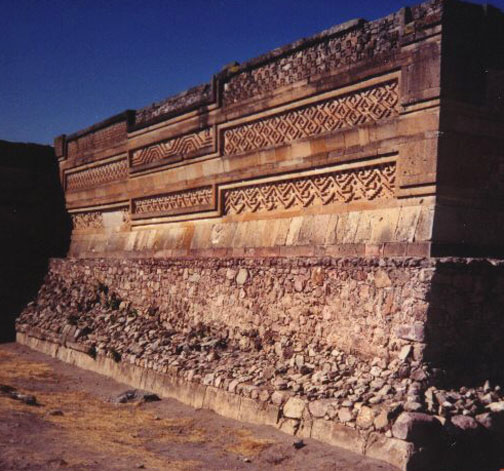 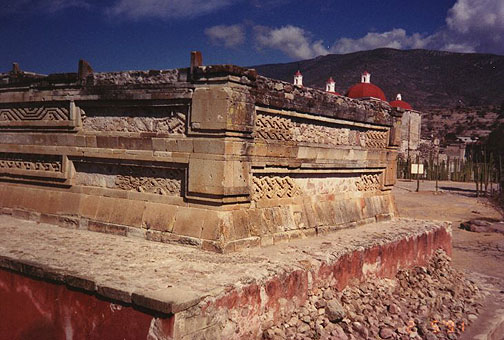 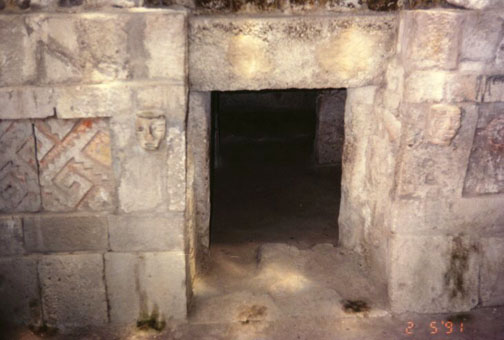 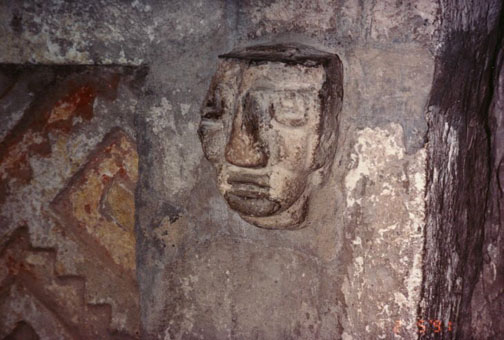 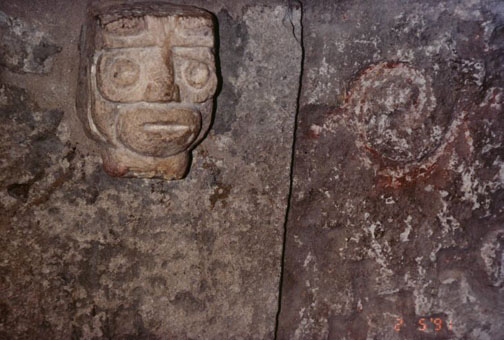 Mixtec codices (the only one of which was preserved is the Codex Zouche-Nuttall), murals, and painted pottery attest to this people's accomplishments at drawing and painting. They were the finest metalworkers of Mesoamerica, and the pottery produced in the Mixtec-Puebla style at Cholula was the most highly valued ceramic ware in 14th- and 15th-century Mexico. The Mixtec also excelled in decorating masks, sacrificial knives, and other objects with mosaic inlays of coral, shell, turquoise, and other stones, as well as obsidian. Woodcarving was also a highly developed craft, used particularly for making intricately decorated atlatls (spear-throwers) and for carving teponaztli (slit-drums, or hollow horizontal, cylindrical percussion instruments), for ceremonial use.