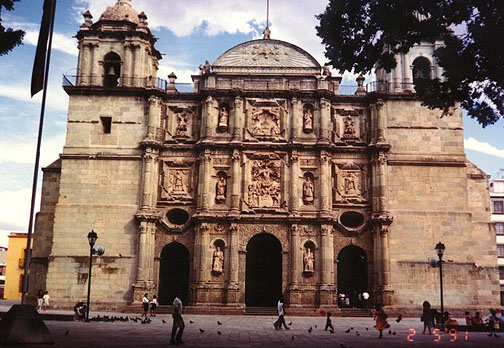 Oaxaca, Mexico, in full, Oaxaca de Juaréz, capital city of the state of Oaxaca in the highlands of the Sierra Madre del Sur mountains in southern Mexico. Oaxaca is a center of Native American culture and heritage in Mexico and is located near some of the country’s most important archeological sites. Situated in a large valley at an elevation of more than 1500 m (5000 ft), the city enjoys a subtropical climate.

The state of Oaxaca is home to one of the largest Native American populations in Mexico. The state has more people who speak an indigenous language than any of the 31 Mexican states. Zapotec and Mixtec peoples make up a large proportion of the people of both the city and the state, and many speak both Spanish and a Native American language. The city grew considerably in the 1970s and 1980s as migration from rural areas boosted its population to 213,000 in 1990. Growth continued in the 1990s, with the city’s population estimated at more than 300,000 in 1995. 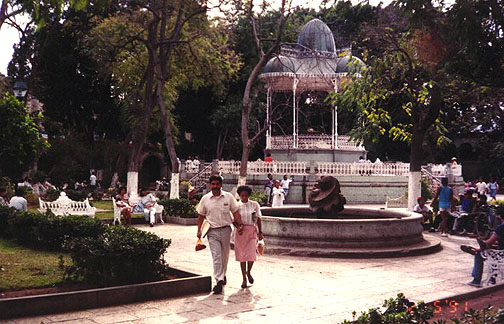 Oaxaca’s attractions include its shaded central plaza, known as the Zócalo, the covered walks and pedestrian-only streets that surround the square, and a wide variety of colonial architecture. Colonial structures include the city’s baroque cathedral, the churches of La Soledad and Santo Domingo, and the converted monastery that now houses the city’s premier museum—the Oaxaca Regional Museum of Anthropology and History. 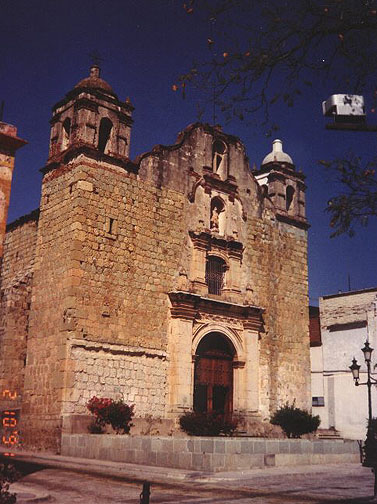 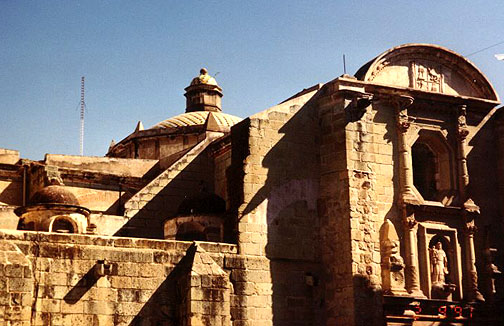 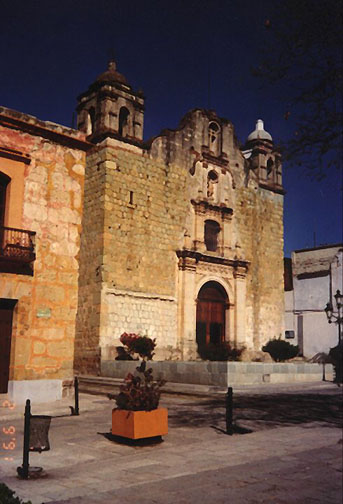 Other sites include the Rufino Tamayo Museum, the Government Palace, the Benito Juárez Museum and Home, the Oaxaca Museum and Home of Cortés, and the Macedonio Alcala Theater, an impressive building constructed in the late 19th century in a French revival style. The city is also home to the National Autonomous University of Benito Juárez (1827). 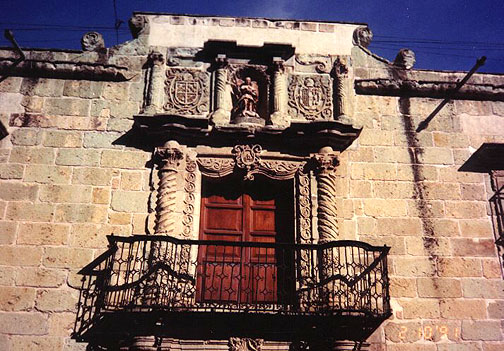 Oaxaca’s principal economic activities focus on providing services to a large region in south central Mexico and to a dynamic tourist industry. Work in the service sector employs nearly three-quarters of the city’s labor force. Tourism has become increasingly important to the city’s economy since the 1970s. The concentration of indigenous peoples and nearby pre-Hispanic ruins, most notably those at Monte Albán and Mitla, are important draws for tourists.

Photos of Mitla and Yagul 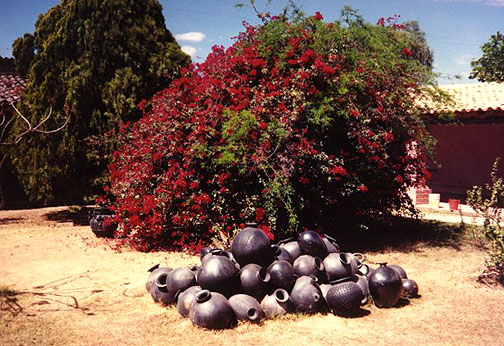 An international airport is located 7.0 km (4.3 mi) southeast of the city, with daily air connections to Mexico City and a few regular flights to major cities in the United States. The city enjoys daily rail service to Mexico City, and two bus terminals provide ample connections to cities throughout Mexico.

At times Oaxaca has played a notable role in Mexican history. Originally founded by Aztec warriors in 1486, the city was taken over by Spanish conquerors in 1521. For the next 50 years it flourished as the only major population center between Mexico City and Spain’s first Pacific port at Huatulco. With the opening of the port of Acapulco, Oaxaca’s fortunes declined.

Photos of Dying and Weaving Process

The town rebounded in the mid-1700s when the production of an intense red dye made from the cochineal insect, native to the region, was used widely in Europe’s growing textile industry. This ushered in a period of unparalleled prosperity for the town. However, in the early 1800s economic stagnation began due to competition from producers in Guatemala and the discovery of synthetic dyes later in the century. The economy revived in the last decades of the 19th century with the completion of a railroad link to Mexico City and the city of Veracruz on the Gulf Coast, and increasing foreign investment in mining operations. The paving of the Pan-American Highway in the middle of the 20th century opened the city to increasing commerce from Mexico City, but decimated local industries producing consumer goods for local consumption. 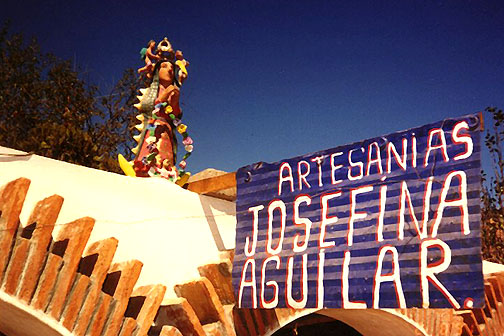 Test Contributed By: Robert B. Kent for Microsoft Encarta 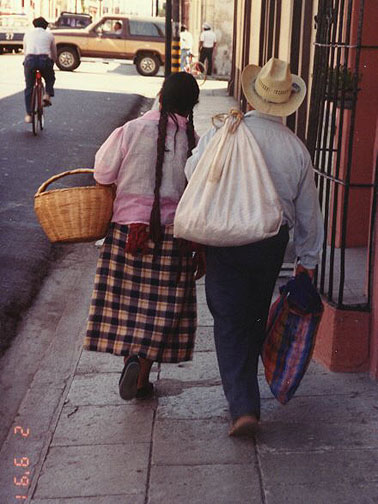