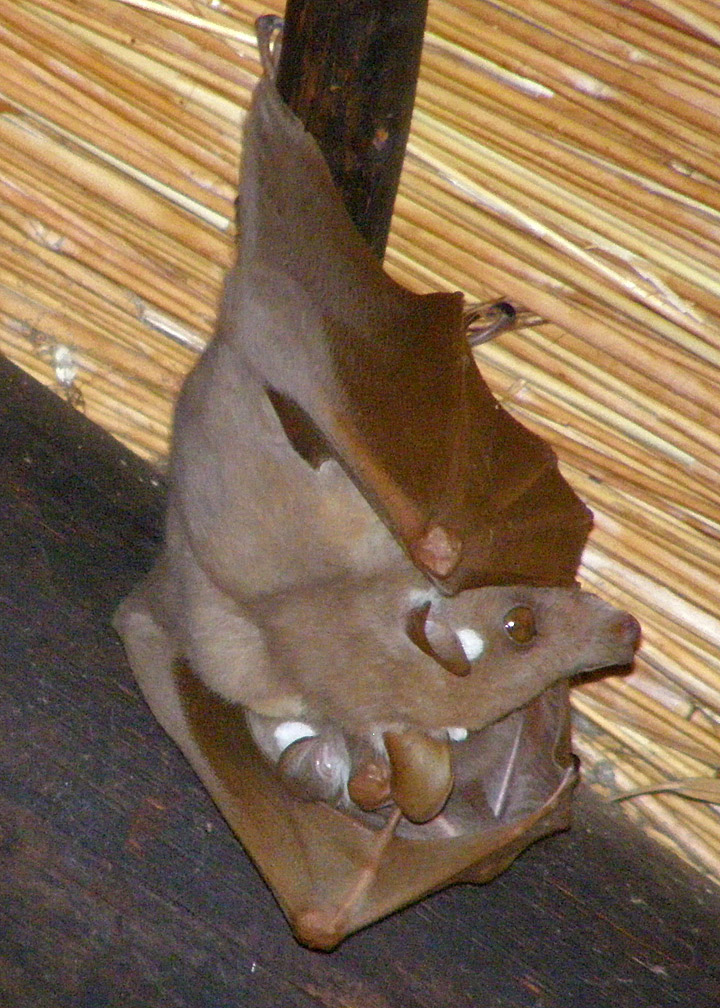 Megabats is the term formerly used to refer to fruit bats of the family Pteropodidae. It was thought that they constituted a suborder (Megachiroptera) within the order Chiroptera (bats). Megabats, although not a strict phylogenetic term, is still used informally today to refer to bats of the family Pteropodidae. Often they are called fruit bats, Old World fruit bats, or flying foxes. While the microbats are distributed over all continents (excluding Antarctica), the megabats live only in tropical areas of Asia, Africa and Oceania. 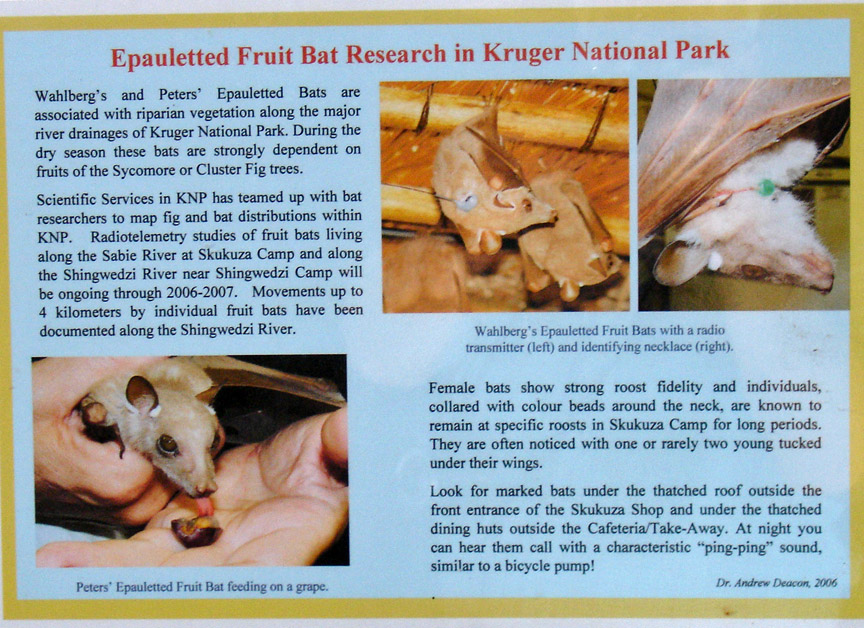 Fruit bats constitute a single suborder, the Megachiroptera, within the order Chiroptera (i.e., bats). They include the solitary family Pteropodidae. 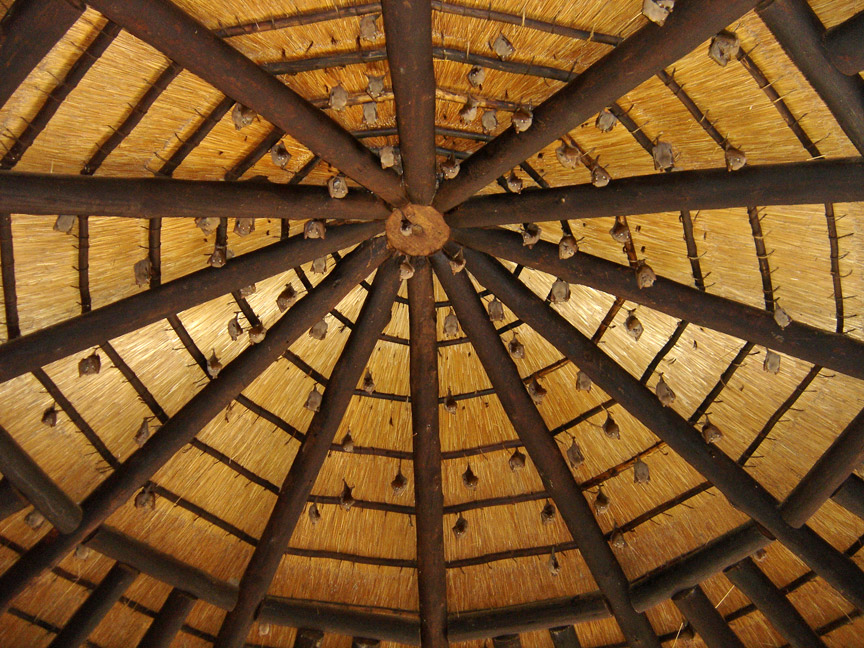 roosting in a shelter at Skukusa Camp

Not all so-called megabats are large: the smallest species is 6 centimeters (2.4 inches) long and thus smaller than some microbats. The largest reach 40 cm (16 inches) in length and attain a wingspan of 150 cm (5 feet), weighing in at nearly 1 kg (more than 2 pounds). Most fruit bats have large eyes, allowing them to orient visually in the twilight of dusk and inside caves and forests. 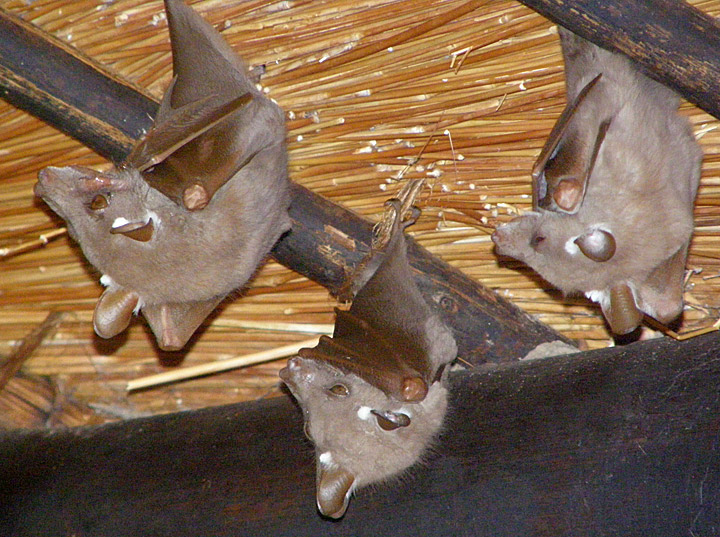 The sense of smell is excellent in these creatures. In contrast to the microbats, the fruit bats do not, as a rule, use echolocation (with one exception, the Egyptian fruit bat Rousettus egyptiacus, which uses high-pitched clicks to navigate in caves). 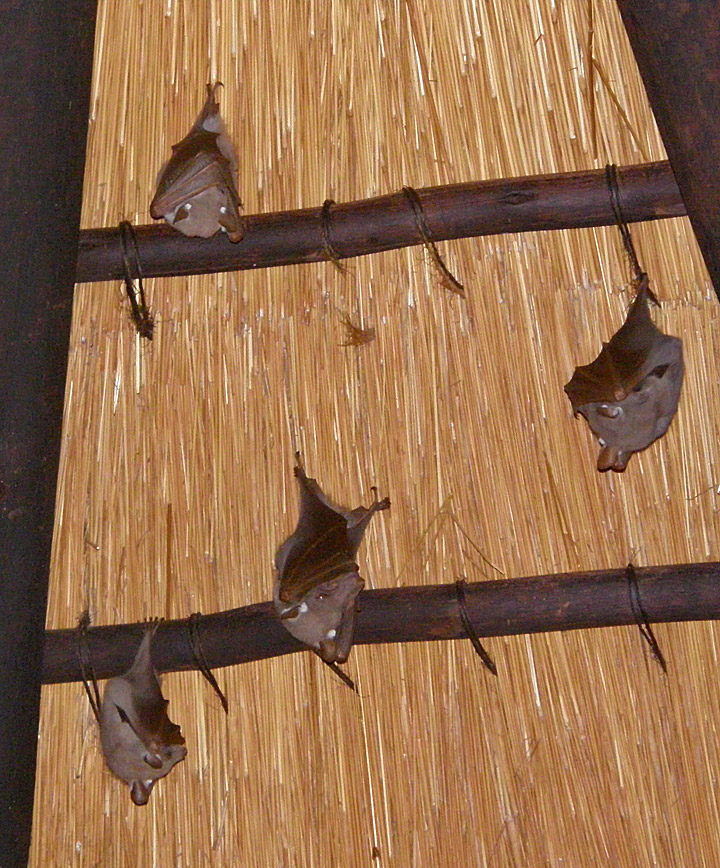 The fruit bat is assumed to be the host of the Marburg virus, which is highly dangerous to humans. 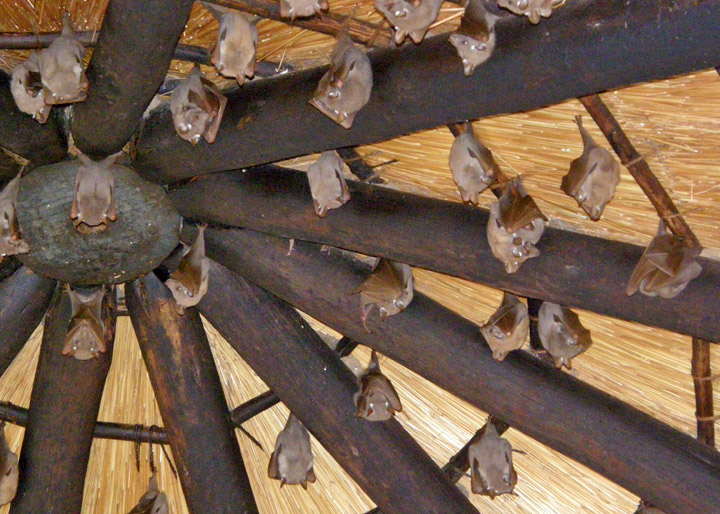 Fruit bats are frugivorous or nectarivorous, i.e., they eat fruits or lick nectar from flowers. Often the fruits are crushed and only the juices consumed. The teeth are adapted to bite through hard fruit skins. Large fruit bats must land in order to eat fruit, while the smaller species are able to hover with flapping wings in front of a flower or fruit. 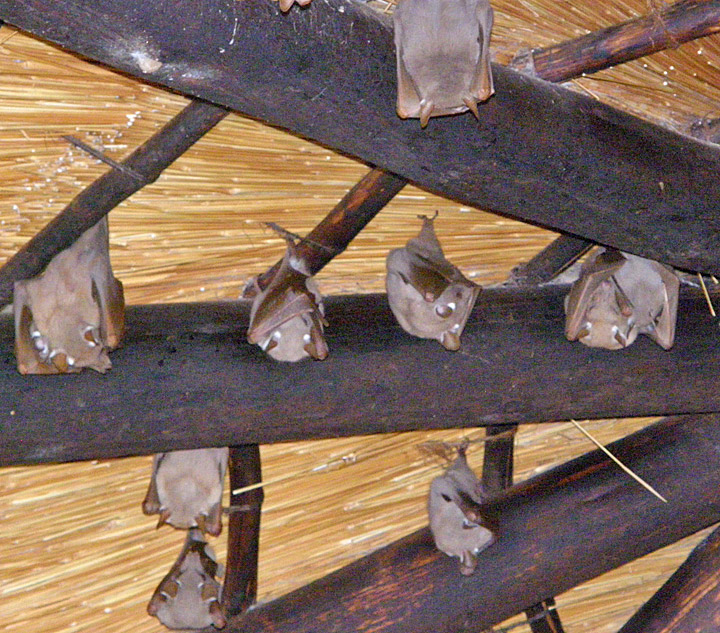 Megabats' sense of smell is excellent. The large eyes of most species give them a good sense of vision, enabling them to orient in the twilight and inside caves. In contrast to the microbats, the megabats do not use echolocation. One species is an exception, however - the Egyptian fruit bat Rousettus egyptiacus - which uses high pitched clicks to navigate in caves. 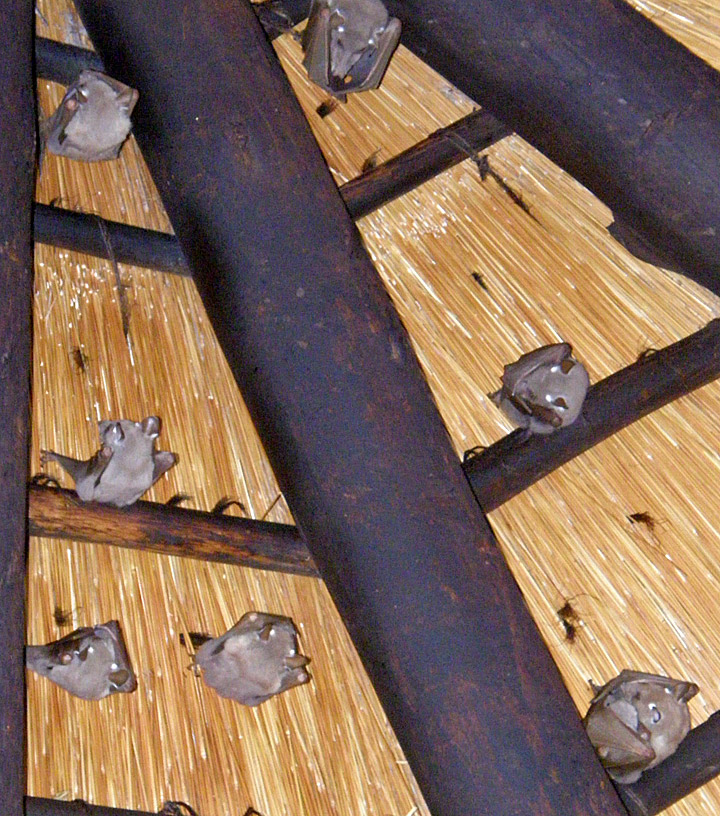 Megabats are frugivorous. They eat fruits or suck nectar from flowers. Often the fruits are squashed, and only the fruit juice is consumed. The teeth are adapted to bite through hard fruit skins. Large megabats have to land in order to eat the fruits, while the smaller species are able to hover with flapping wings in front of a flower or fruit. The dental formula of megabats is highly variable, although never with more than two pairs of incisors in the upper jaw. 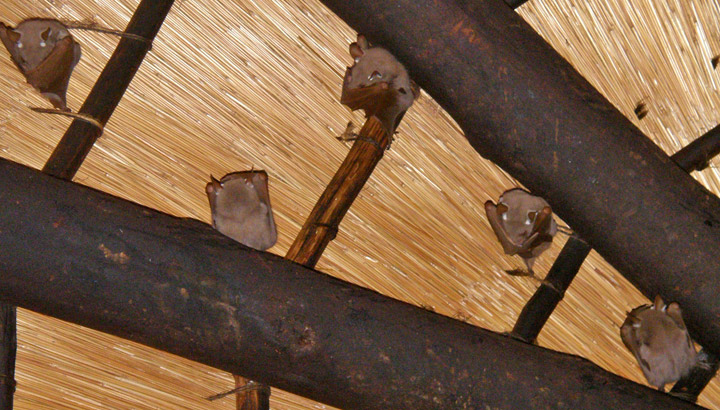 Many megabats help in the distribution of plants by carrying the fruits with them and spitting the seeds at other places. The nectar-sucking bats pollinate the visited plants. They have a long tongue, that can be inserted into the flower. The pollen is taken to the next blossom, which will be pollinated. This relationship between plants and bats is called chiropterophily. Examples are the baobabs of the genus Adansonia and the sausage tree (Kigelia). 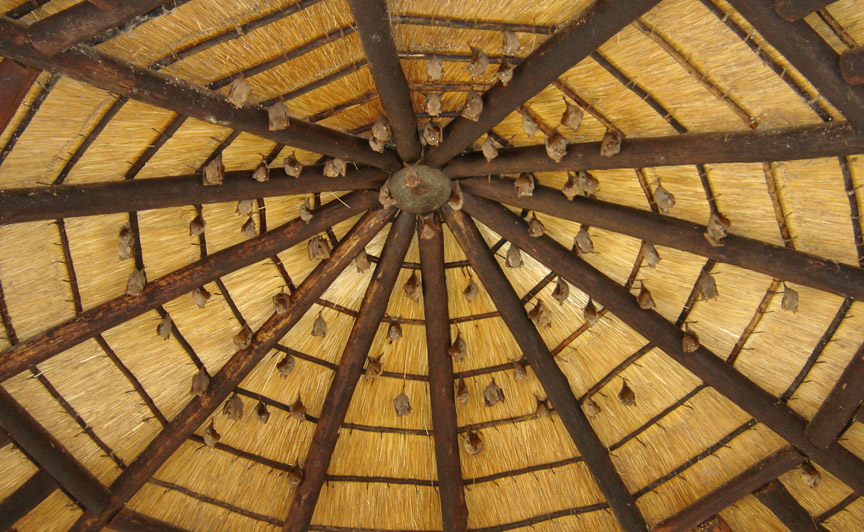 roosting in the shelter