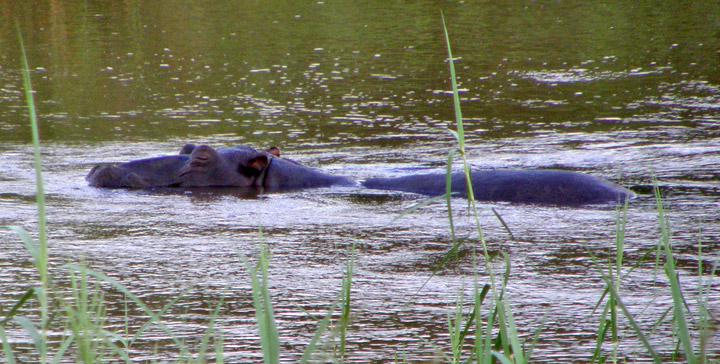 The hippopotamus (Hippopotamus amphibius), from the Greek ‘ιπποπόταμος (hippopotamos, hippos meaning "horse" and potamos meaning "river"), often shortened to "hippo", is a large, mostly plant-eating African mammal, one of only two extant species in the family Hippopotamidae (the other being the Pygmy Hippopotamus). 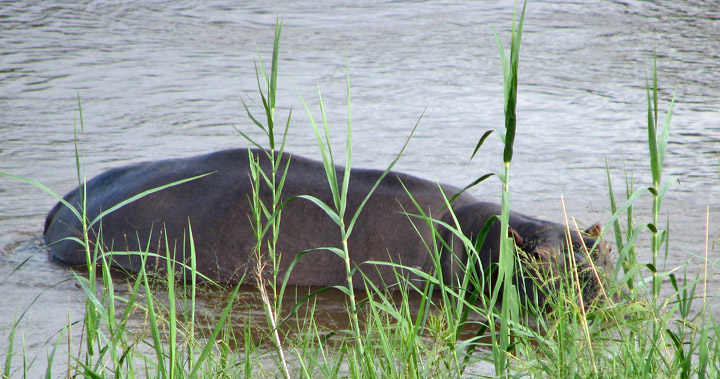 The hippopotamus is semi-aquatic, inhabiting rivers and lakes in sub-Saharan Africa in large groups of up to 40 hippos. During the day they remain cool by staying in the water or mud; reproduction and childbirth both occur in water, where territorial bulls preside over a stretch of river. They emerge at dusk to graze on grass. While hippos rest near each other in territories in the water, grazing is a solitary activity and hippos are not territorial on land. 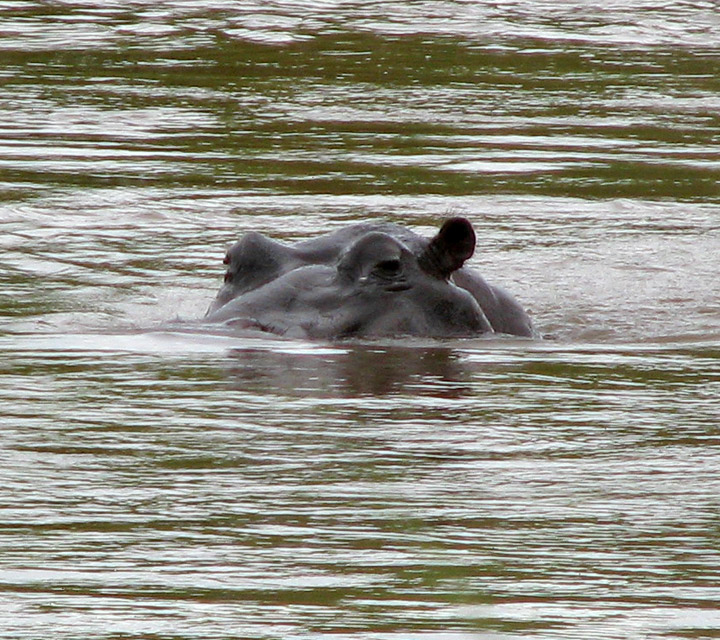 Despite their physical resemblance to pigs and other terrestrial even-toed ungulates, their closest living relatives are cetaceans—whales, porpoises and the like. The common ancestor of whales and hippos split from other even-toed ungulates around 60 million years ago. The earliest known hippopotamus fossils, belonging to the genus Kenyapotamus in Africa, date to around 16 million years ago. 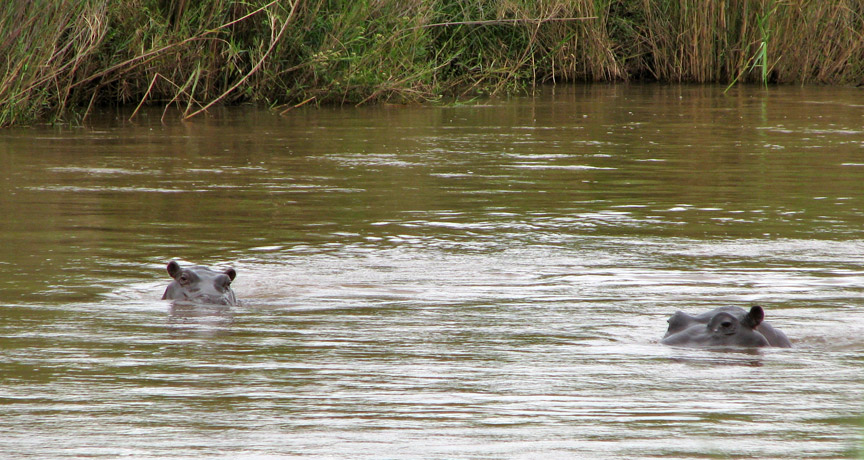 The hippopotamus is recognizable for its barrel-shaped torso, enormous mouth and teeth, hairless body, stubby legs and tremendous size. It is similar in size to the White Rhinoceros; only elephants are consistently larger. Despite its stocky shape and short legs, it can easily outrun a human. Hippos have been clocked at 30 mph while running short distances, faster than an olympic sprinter. Despite its popularity in zoos and lazy portrayal in fiction, the hippopotamus is among the most dangerous and aggressive of all animals. There are an estimated 125,000 to 150,000 hippos remaining throughout Sub-Saharan Africa, of which Zambia (40,000) and Tanzania (20,000-30,000) have the largest populations. They are still threatened by poaching for their meat and ivory canine teeth, and by habitat loss. 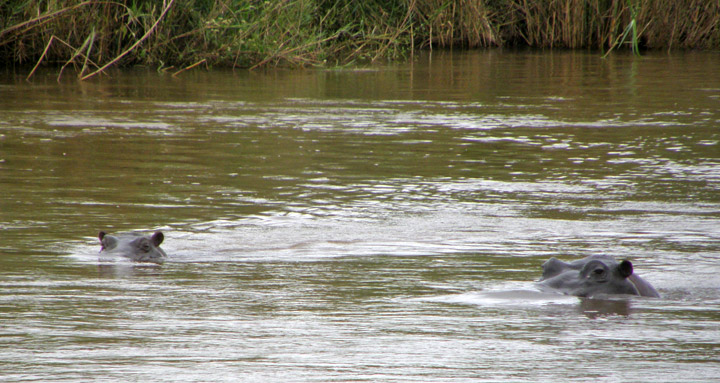 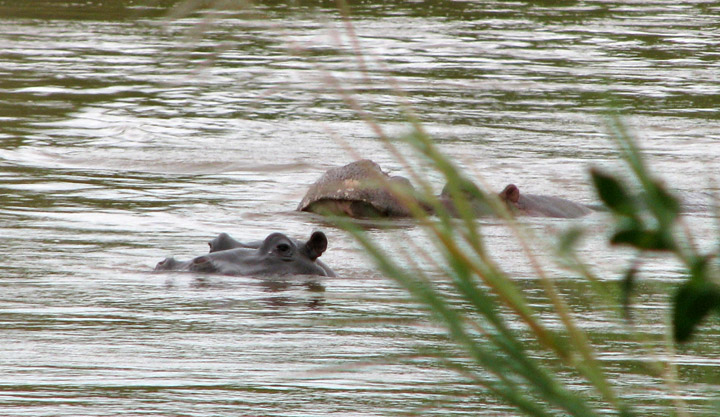 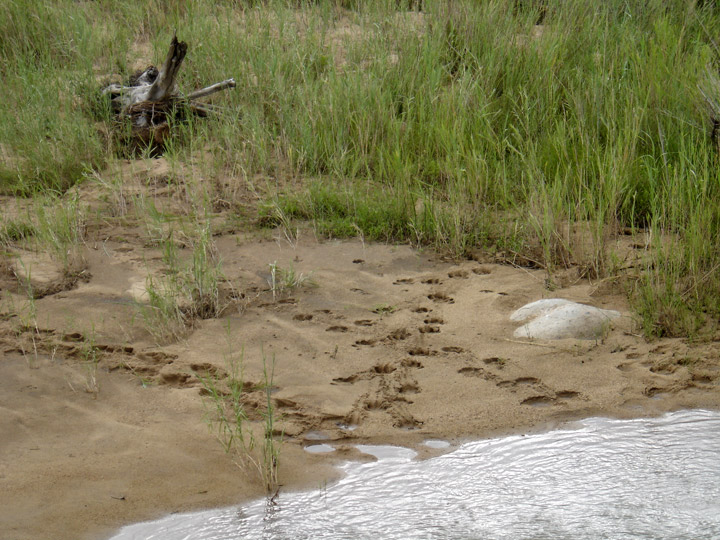 hippo tracks in the sand