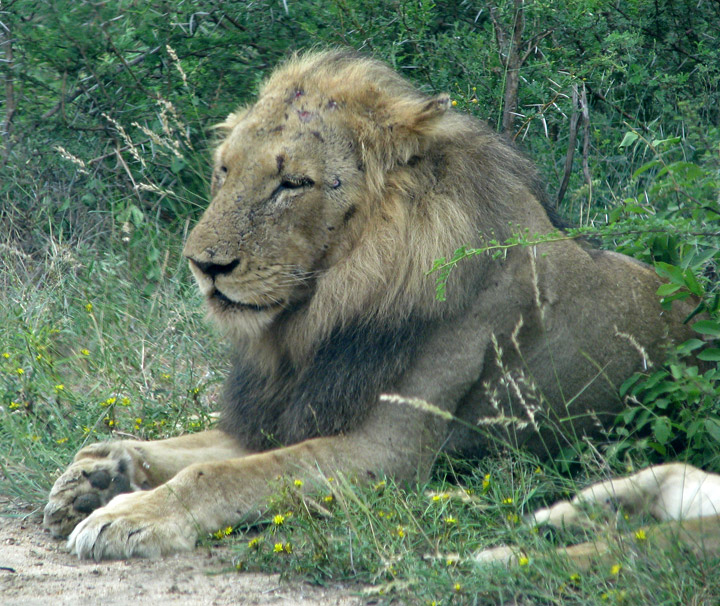 The lion (Panthera leo) is a member of the family Felidae and one of four "big cats" in the genus Panthera. With exceptional large males exceeding 250 kg (550 lb) in weight, it is the second-largest living cat after the tiger. Wild lions currently exist in sub-Saharan Africa and in Asia with a critically endangered remnant population in northwest India, having disappeared from North Africa, the Middle East, and western Asia in historic times. Until the late Pleistocene (about 10,000 years ago), the lion was the most widespread large land mammal beside humans. They were found in most of Africa, much of Eurasia from western Europe to India, and the Bering land bridge and, in the Americas, from the Yukon to Peru. 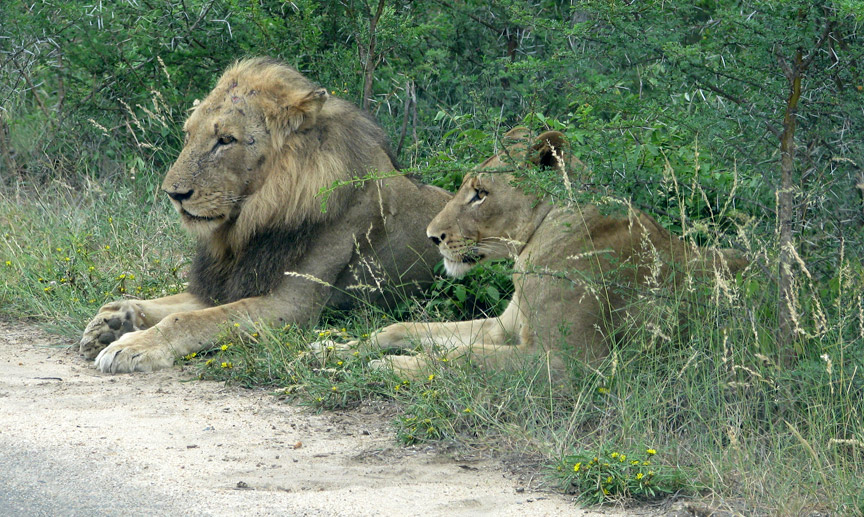 Lions live for approximately 10–14 years in the wild, while in captivity they can live over 20 years. They typically inhabit savanna and grassland, although they may take to bush and forest. Lions are unusually social compared to other cats. A pride of lions consists of related females and offspring and a small number of adult males. Groups of female lions typically hunt together, preying mostly on large ungulates. The lion is an apex and keystone predator, although they will resort to scavenging if the opportunity arises. While lions, in general, do not selectively hunt humans, some have been known to become man-eaters and seek human prey. 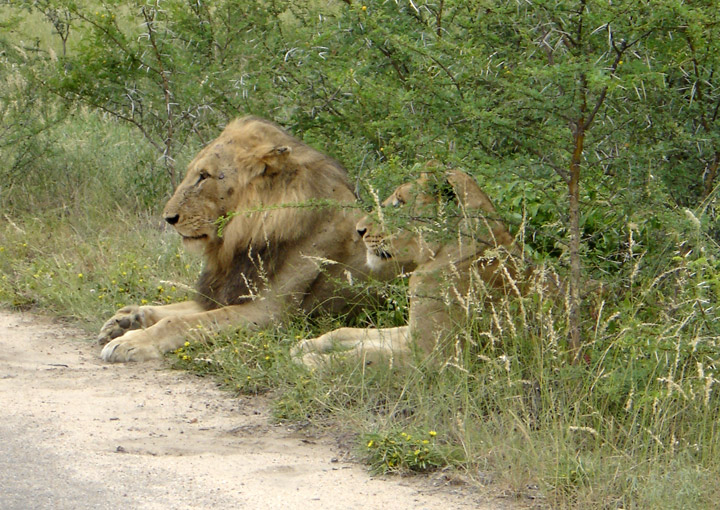 The lion is a vulnerable species, having seen a possibly irreversible population decline of 30 to 50% over the past two decades in its African range; populations are untenable outside designated reserves and national parks. Although the cause of the decline is not well-understood, habitat loss and conflicts with humans are currently the greatest causes of concern. Lions have been kept in menageries since Roman times and have been a key species sought after and exhibited in zoos the world over since the late eighteenth century. Zoos are cooperating worldwide in breeding programs for the endangered Asiatic subspecies. 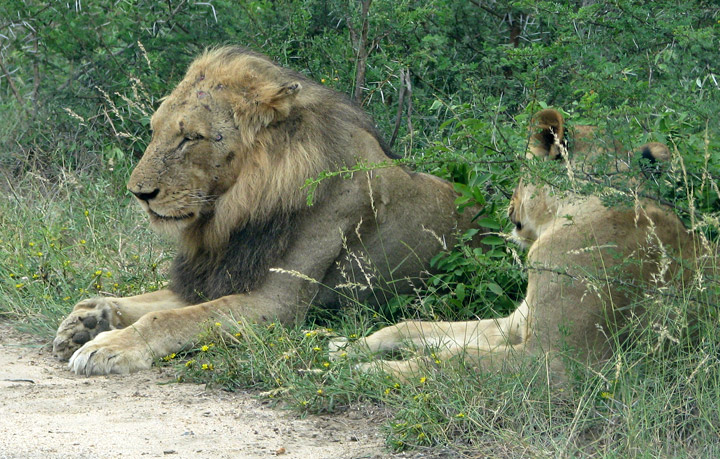 The male lion is highly distinctive and is easily recognized by its mane. The head of the male lion, is one of the most widely recognized animal symbols in human culture. It has been depicted extensively in literature, in sculptures, in paintings, on national flags, and in contemporary films and literature. 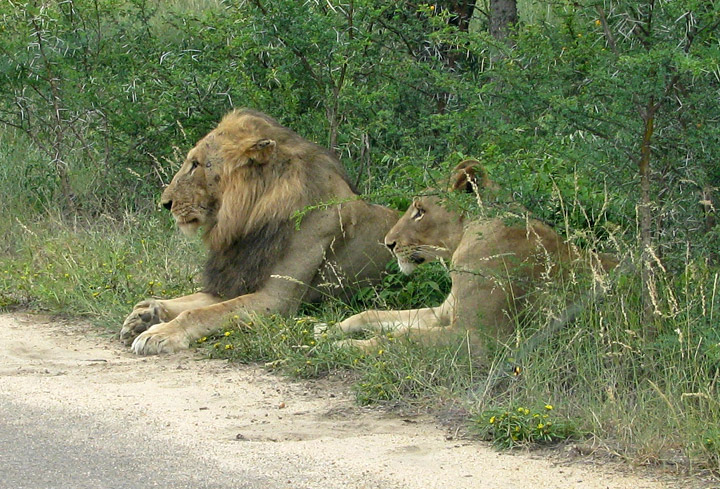 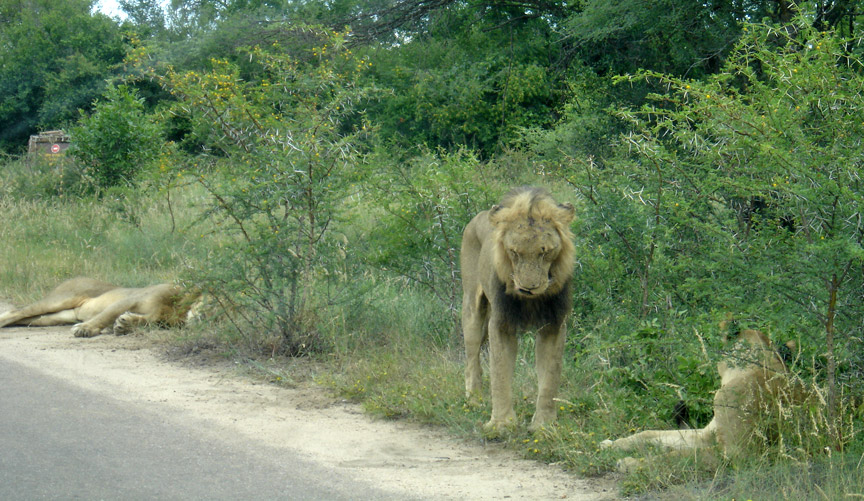 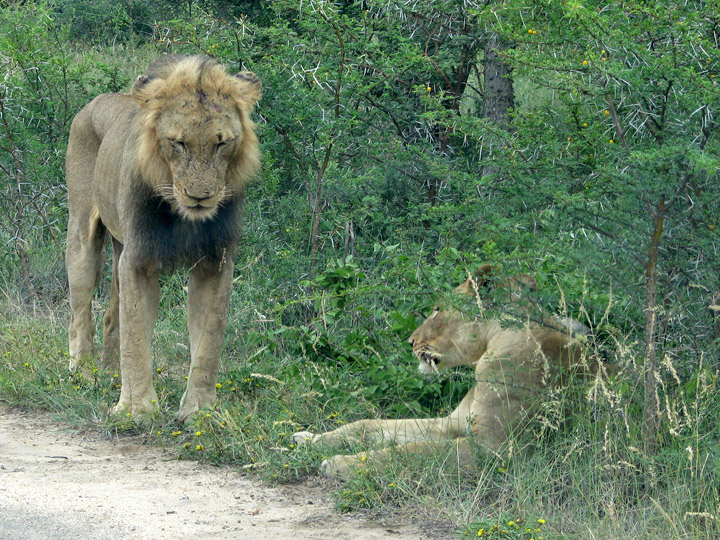 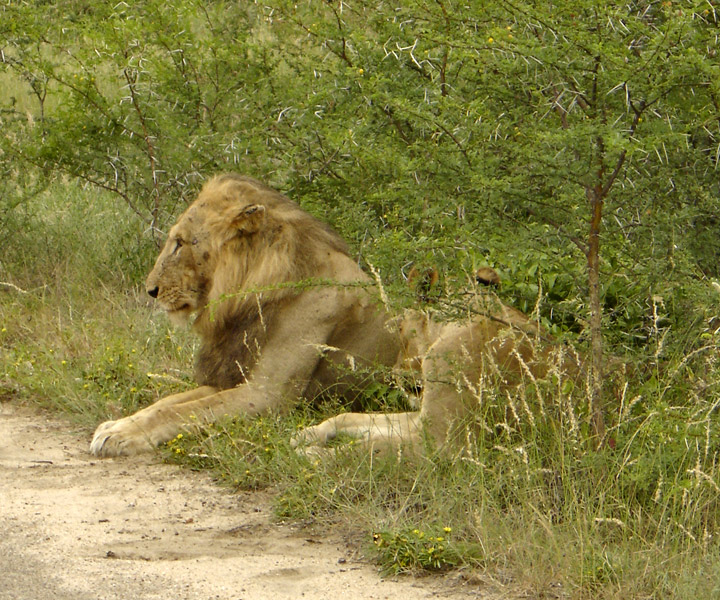 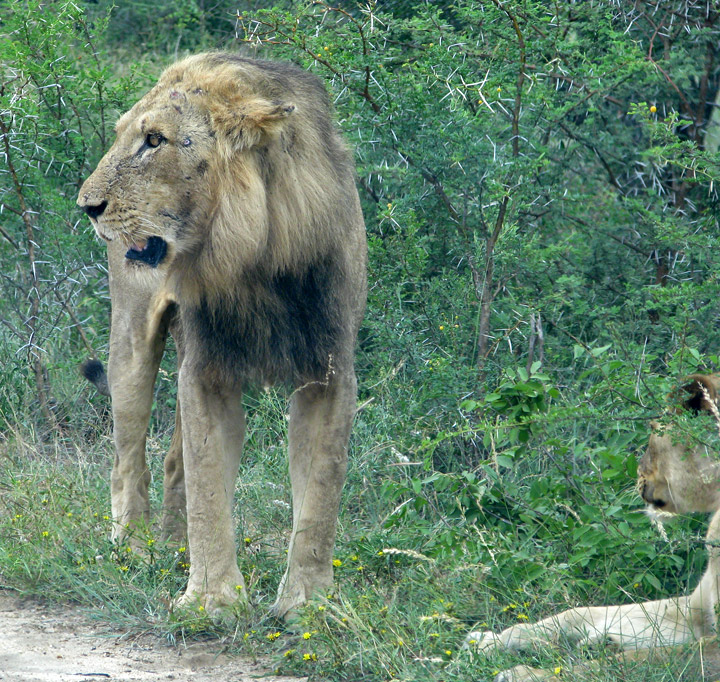 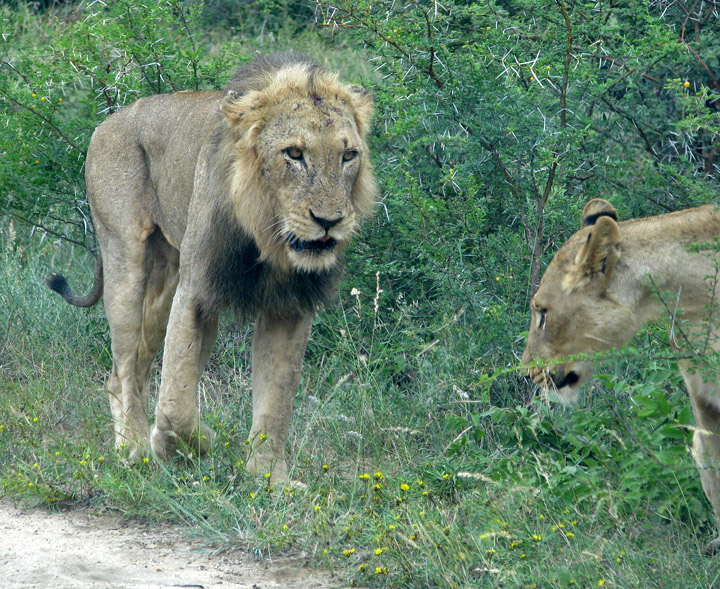 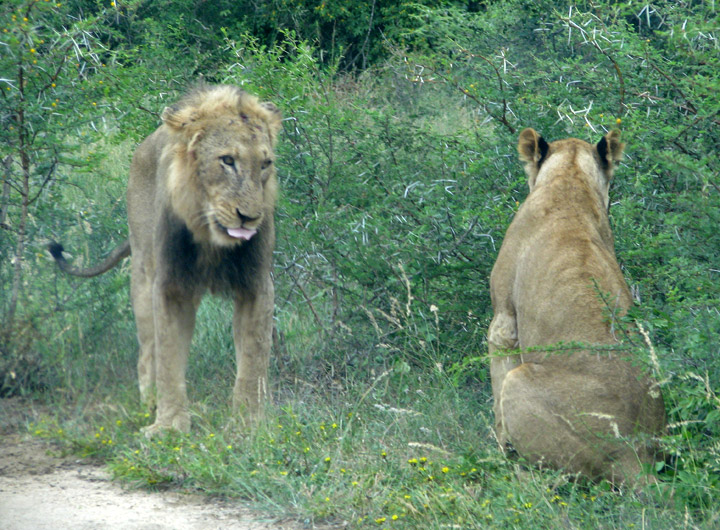 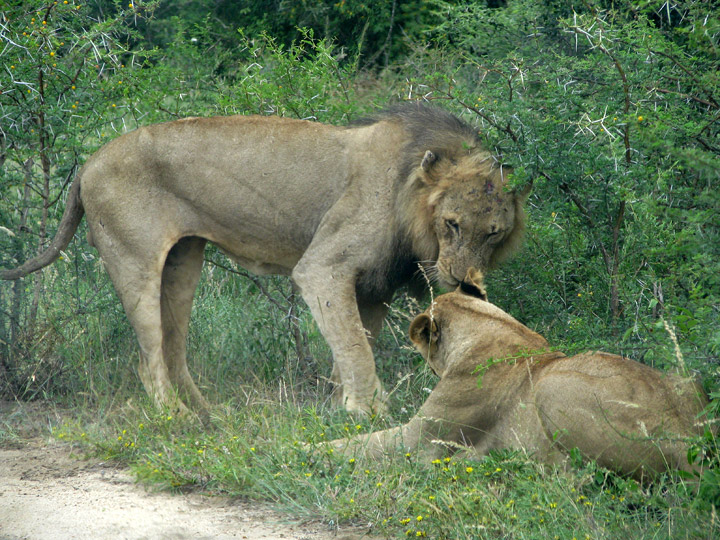 I will bite your ear ! 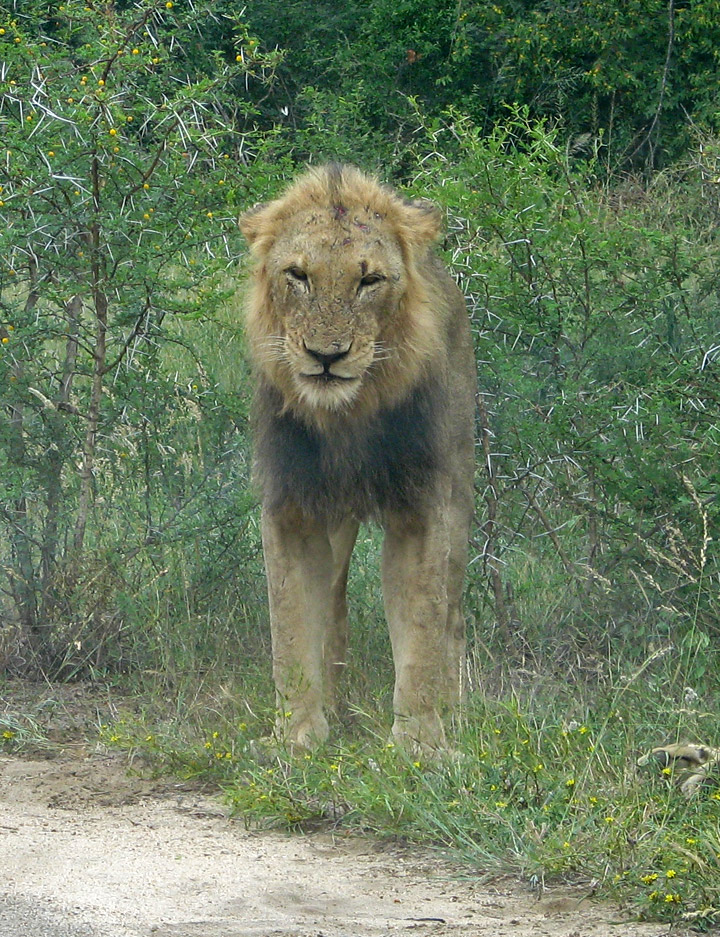 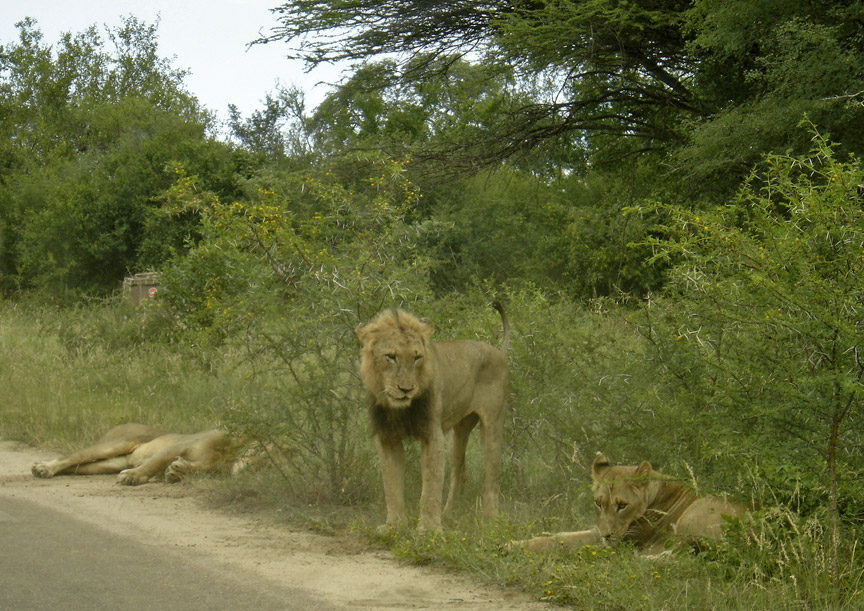 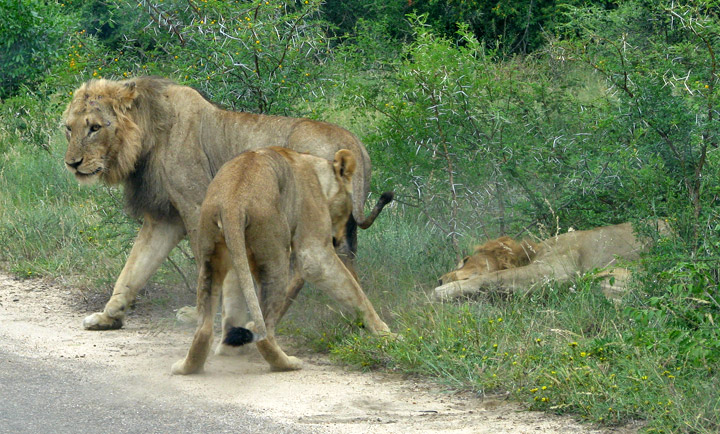 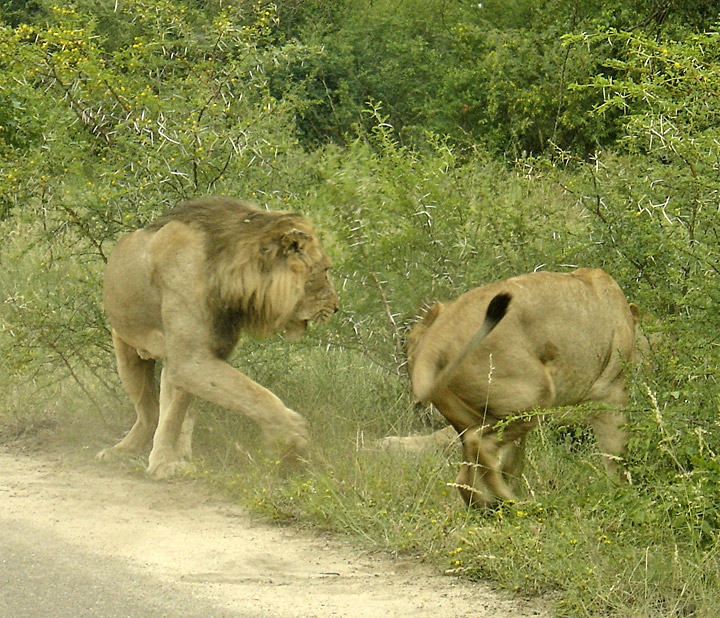 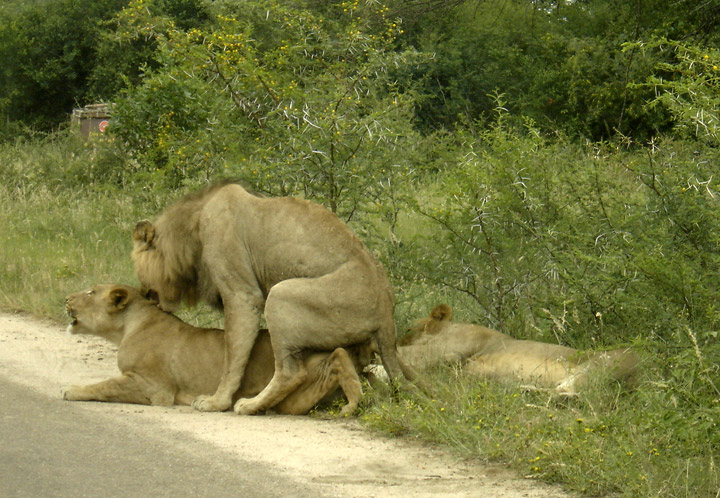 Short Video of what happened next 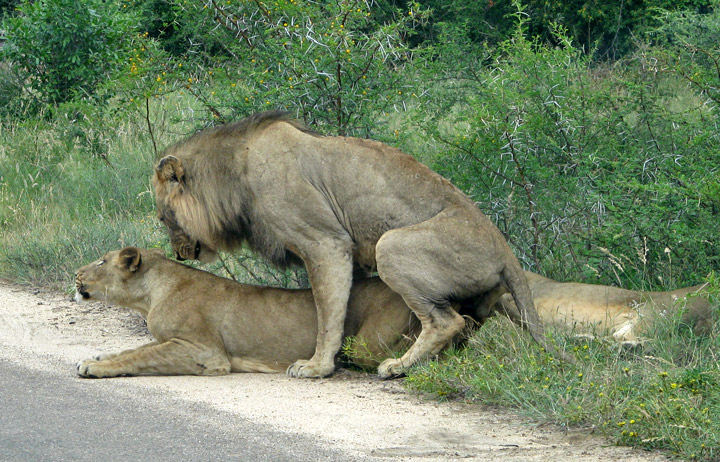 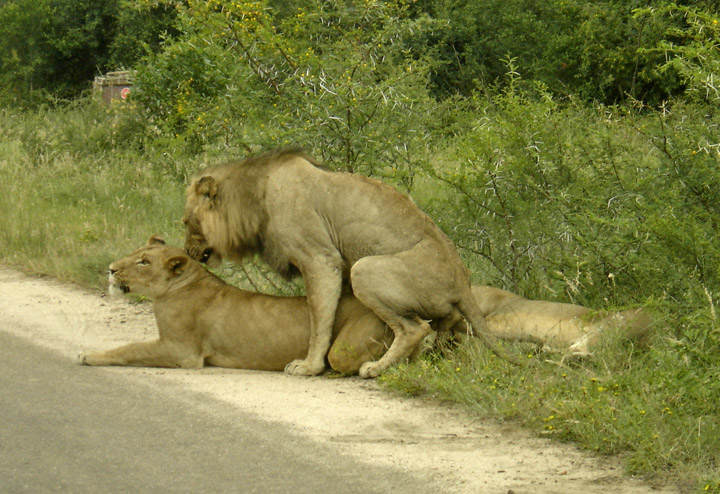 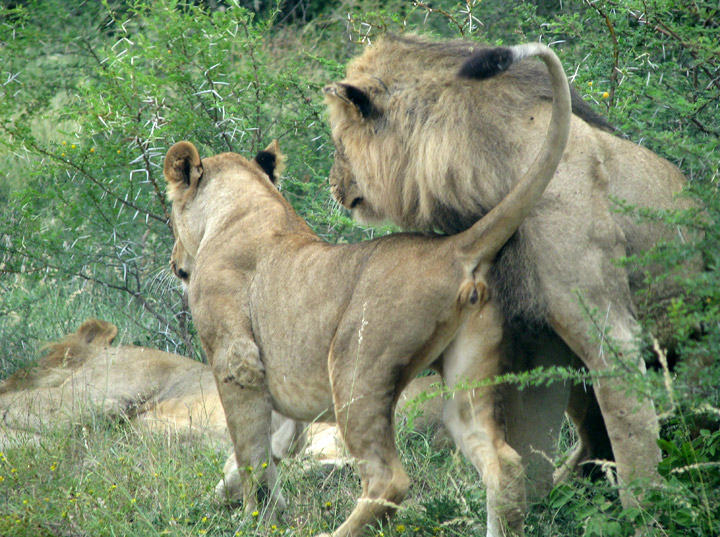 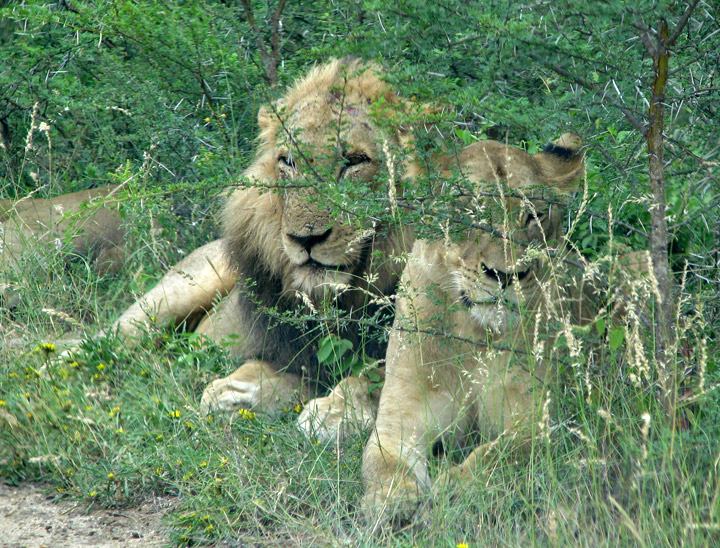 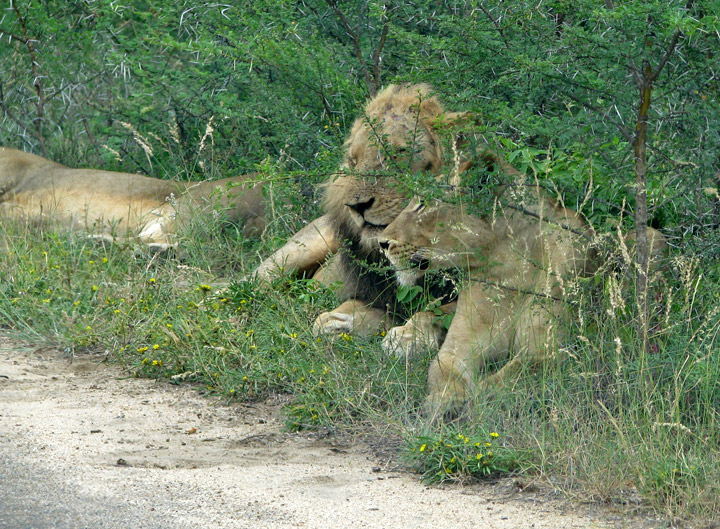 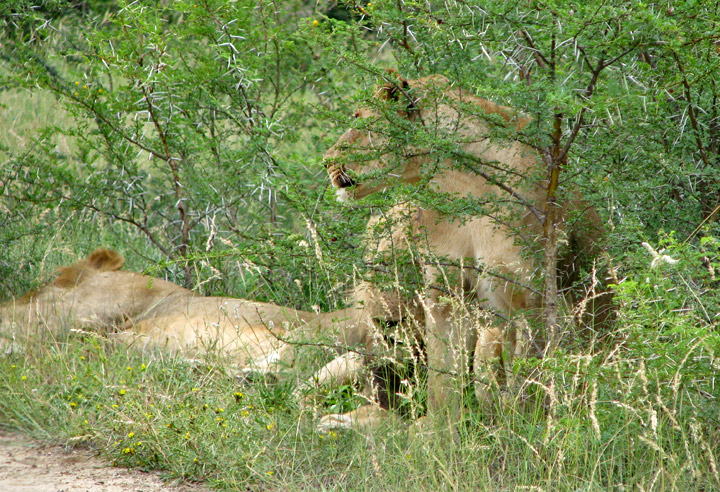 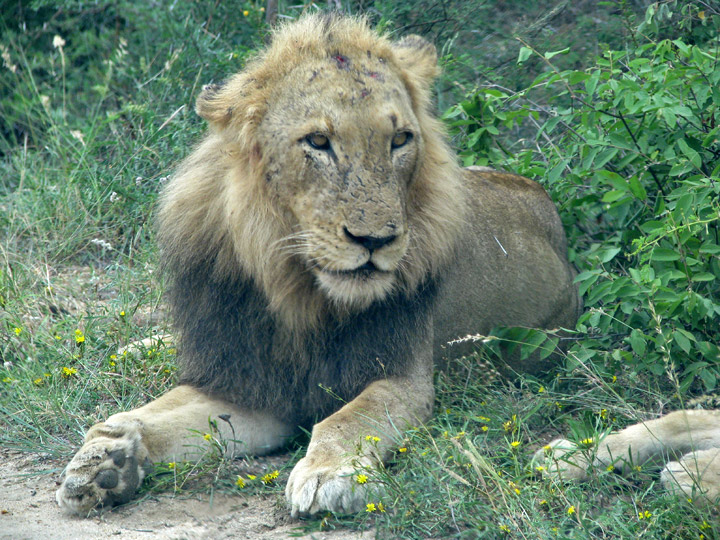 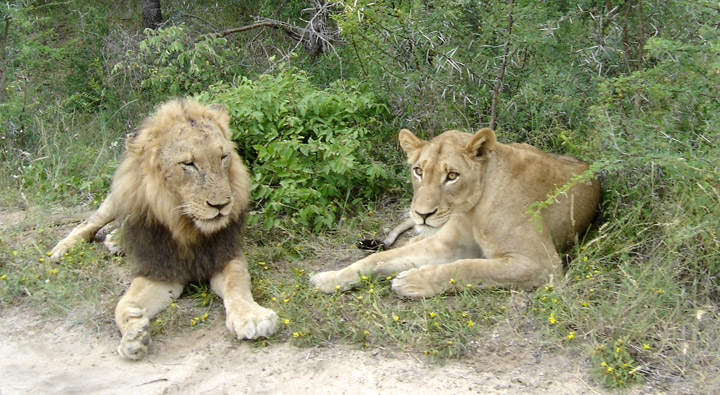 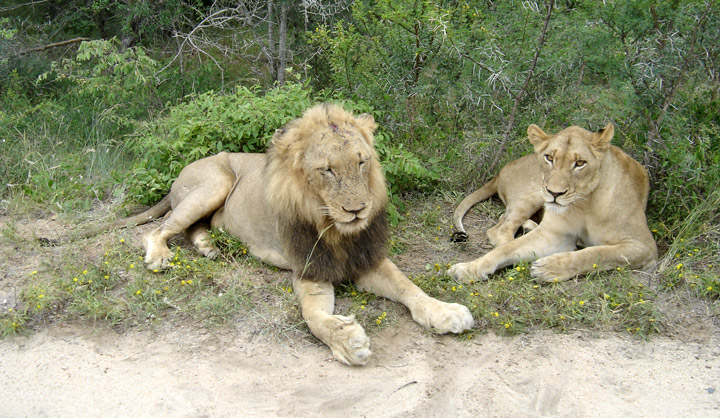