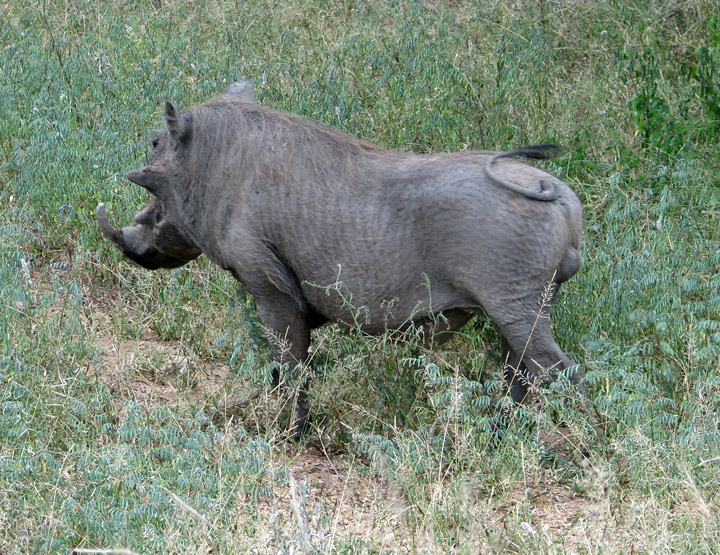 The Warthog (Phacochoerus africanus) ("African Lens-Pig") is a wild member of the pig family that lives in Africa. The common name comes from the four large wart-like tusks found on the head of the warthog, which serve the purpose of defense when males fight. They are the only widely recognised species in their genus, though some authors divide them into two species. On that classification, P. africanus is the Common (or Northern) Warthog and P. aethiopicus is the Desert Warthog, also known as the Cape Warthog or Somali Warthog. 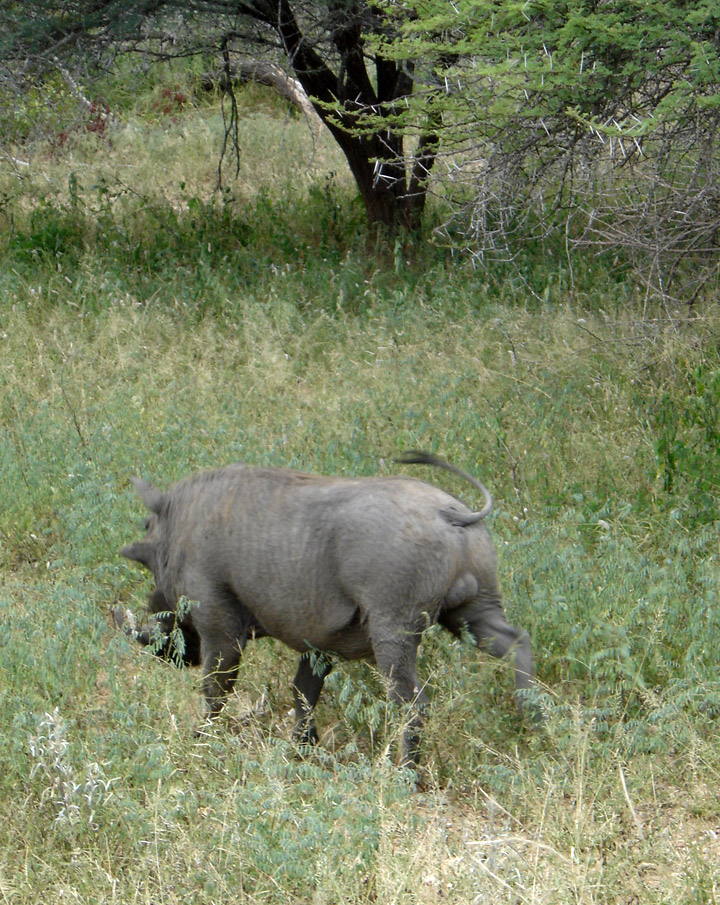 Warthogs range in size from 0.9 to 1.5 metres (2.9-4.9 feet) in length and 50 to 150 kg (110-330 pounds) in weight. A warthog is identifiable by the two pairs of tusks protruding from the mouth, which are used as weapons against predators. The upper canine teeth can grow to 9 inches (23 cm), and are of a squashed circle shape in cross section, almost rectangular, being about 1¾ in (4.5 cm) deep and 1 in (2.5 cm) wide. The tusk will curve 90 degrees or more from the root,[citation needed] and the tusk will not lie flat on a table, as it curves somewhat backwards as it grows. The tusks are used for digging, for combat with other hogs and in defence against predators -- the lower set can inflict severe wounds. 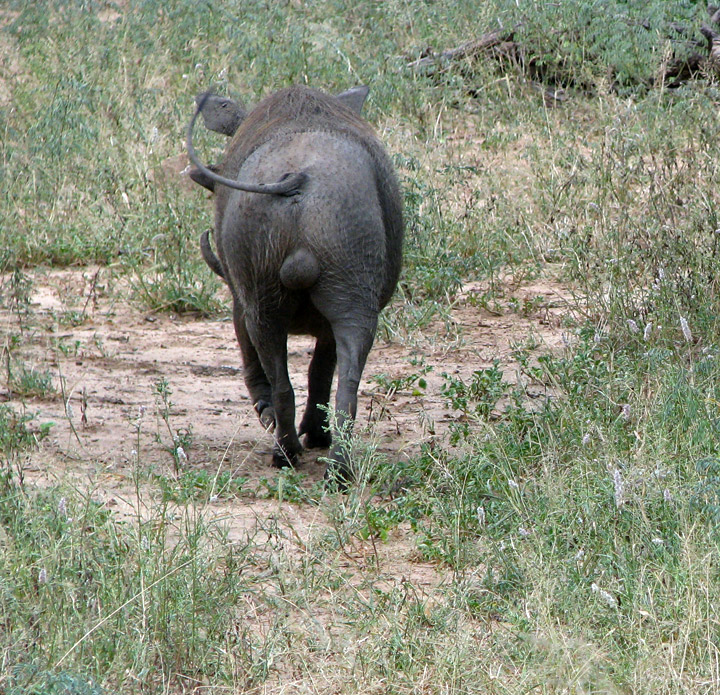 Warthog ivory is taken from the constantly growing canine teeth. Each warthog has a pair of teeth in each jaw with the lower teeth being far shorter than the upper teeth. Both pairs grow upwards, with the upper teeth being by far the more spectacular in appearance. The lower pair, however, are the more dangerous: the teeth are straight, sharply pointed, and keep a keen edge by the upper pair rubbing against the lower pair. The tusks, more often the upper set, are worked much in the way of elephant tusks with all designs scaled down. Tusks are carved predominantly for the tourist trade in East and Southern Africa. 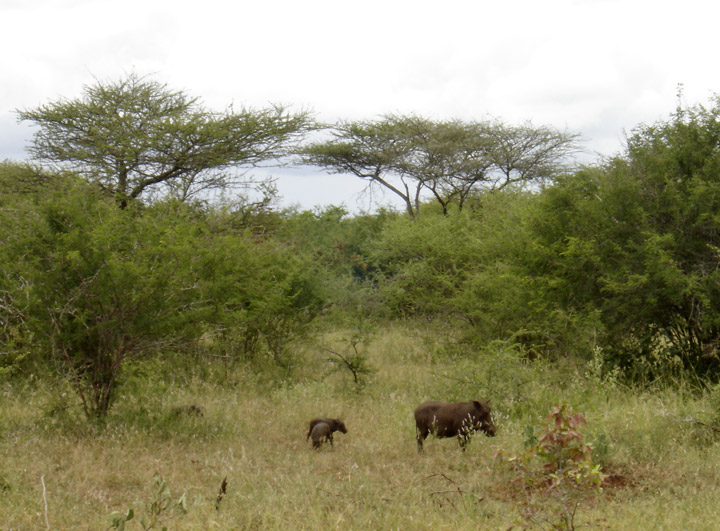 family in the bush 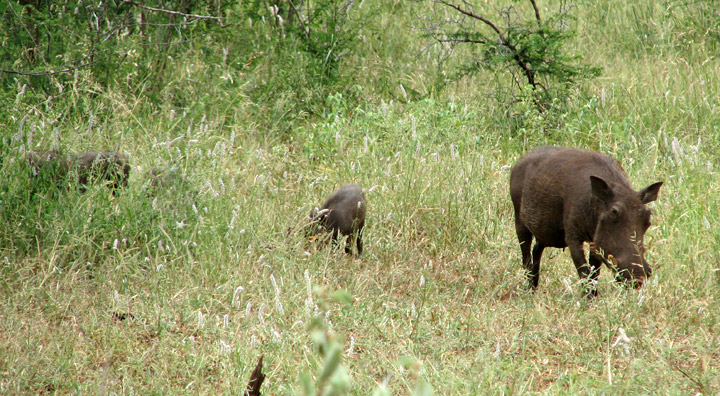 one hiding in the bush 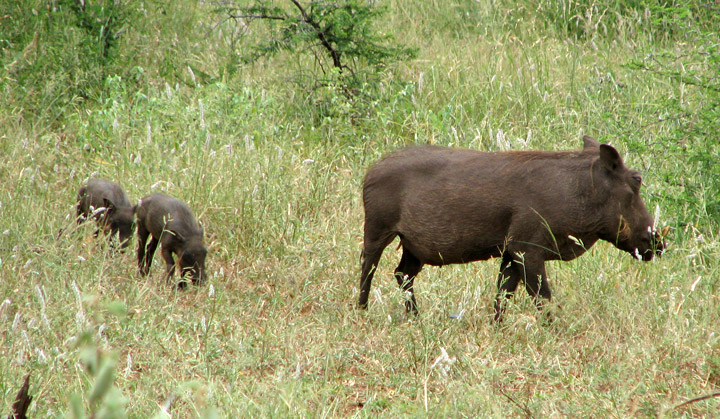 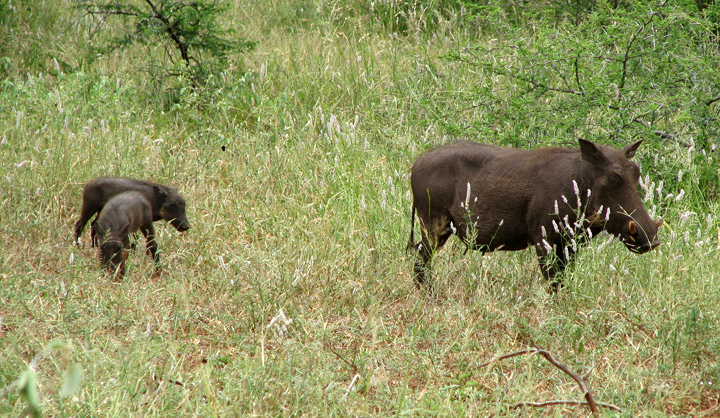 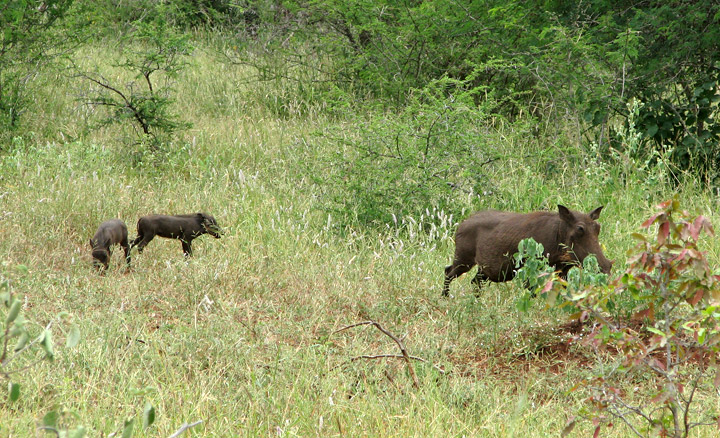 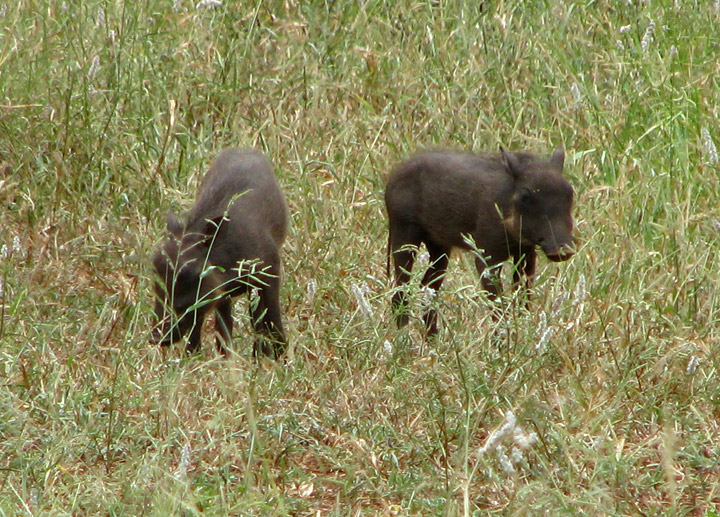 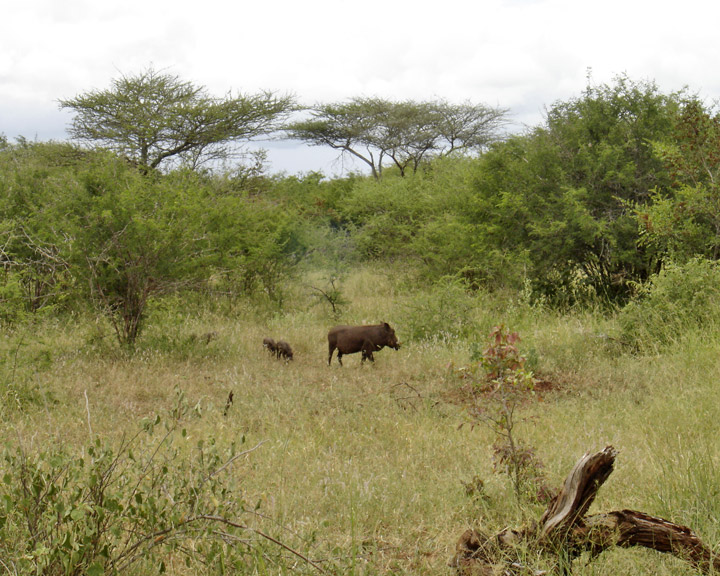