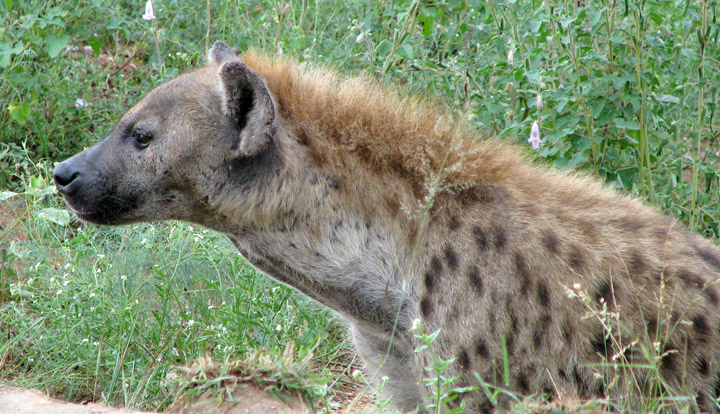 Hyenas or Hyænas are moderately large terrestrial carnivores native to Africa, Arabia, Asia and the Indian subcontinent. They are members of the family Hyaenidae. The family comprises four species, the Aardwolf, Brown Hyena, Spotted Hyena, and Striped Hyena. 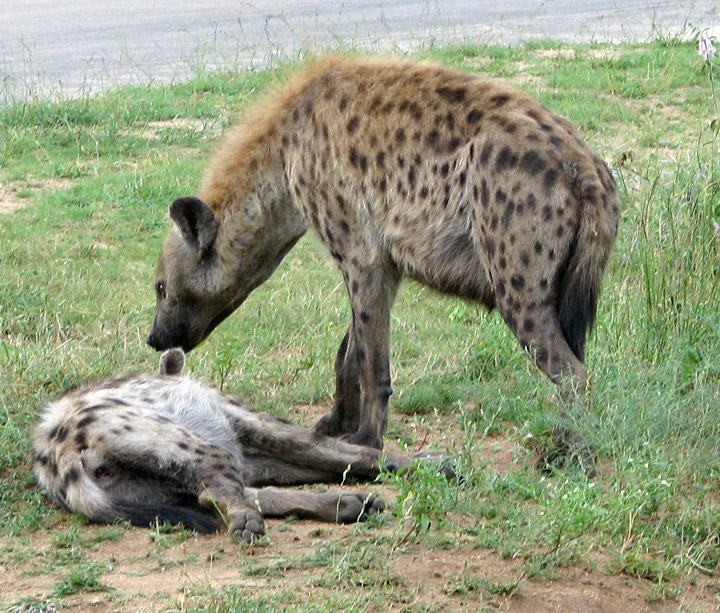 Although hyenas bear some physical resemblance to canids, they make up a separate biological family that is most closely related to Herpestidae (the family of mongooses and meerkats). All species have a distinctly bear-like gait due to their front legs being longer than their back legs. The aardwolf, striped hyena and brown hyena have striped pelts and manes lining the top of their necks which erect when frightened. The spotted hyena's fur is considerably shorter and is spotted rather than striped. Unlike other species, its mane is reversed forwards. Spotted hyenas have a strong bite proportional to their size, but the view that they have the strongest bite is a myth, and a number of other animals (including the Tasmanian devil) have proportionately stronger bites. 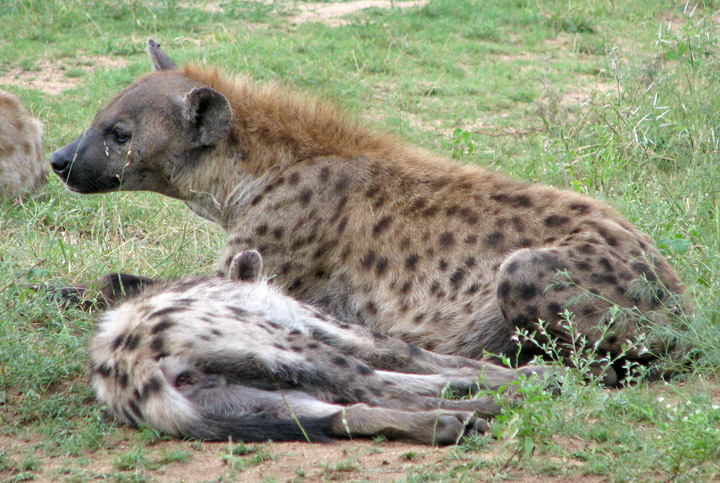 Spotted Hyenas, and, to a lesser extent, Striped and Brown Hyenas, have powerful carnassial teeth adapted for cutting flesh and crushing premolars for crushing bone. The Aardwolf has greatly reduced cheek teeth, that are sometimes absent in the adult, but otherwise has the same dentition as the other three species. 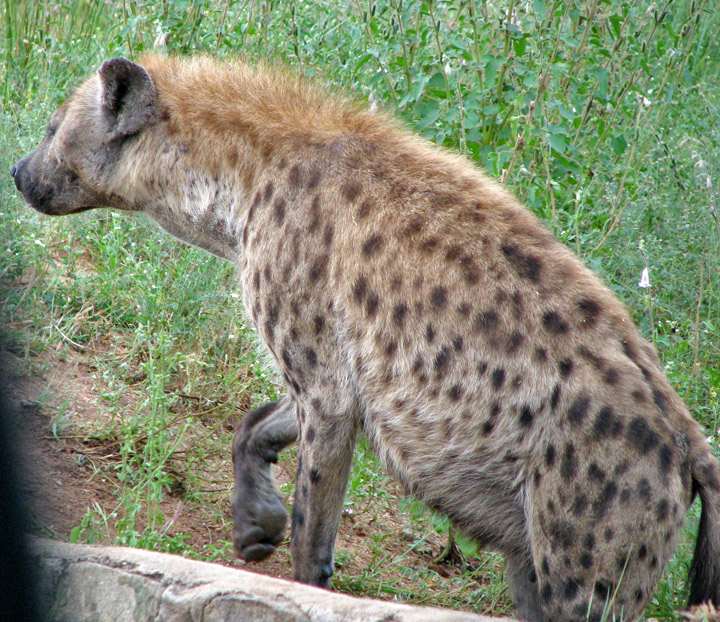 Hyenas are highly intelligent animals, and some scientists claim they are of equal intelligence to certain apes. One indication of hyena intelligence is that they will move their kills closer to each other to protect them from scavengers; another indication is their strategic hunting methods. 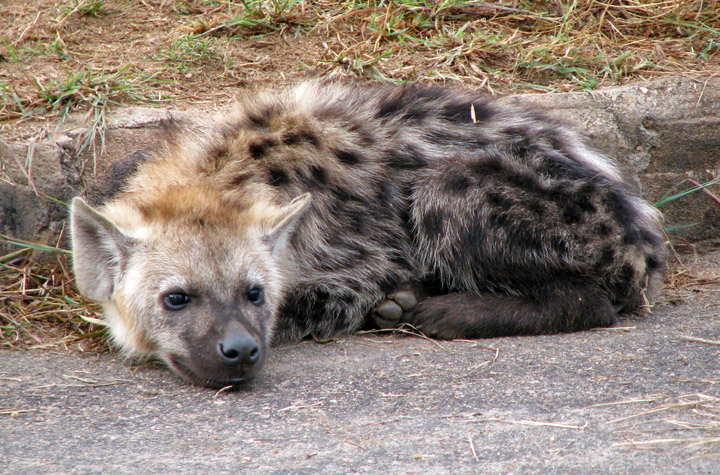 The majority of hyena species show little sexual dimorphism, usually with males being only slightly larger than the females. The spotted hyena is an exception to this as females are larger than the males. One unusual feature of the spotted hyena is that females have an enlarged clitoris called a pseudo-penis, demi-penis or sometimes mistakenly referred to as a nanophallus. Female hyenas give birth, copulate, and urinate through their protruding genitalia, which stretches to allow the male penis to enter for copulation, and it also stretches during birth. The anatomical position of the genitalia gives females total sexual control over who is allowed to mate with them. Researchers originally thought that one cause of this characteristic of the genitals was androgens that were introduced to the fetus very early on in its development. However, it was discovered that when the androgens were held back from the fetus, the development of the female genitalia was not altered. 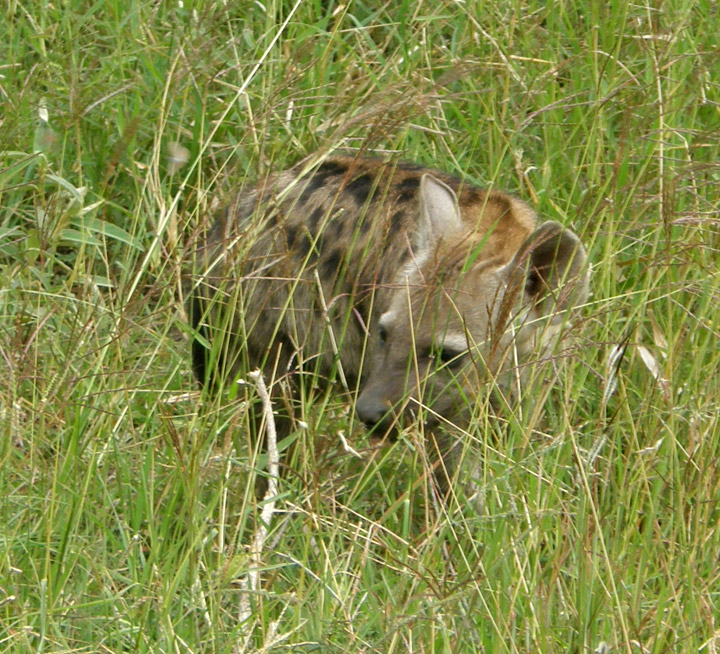 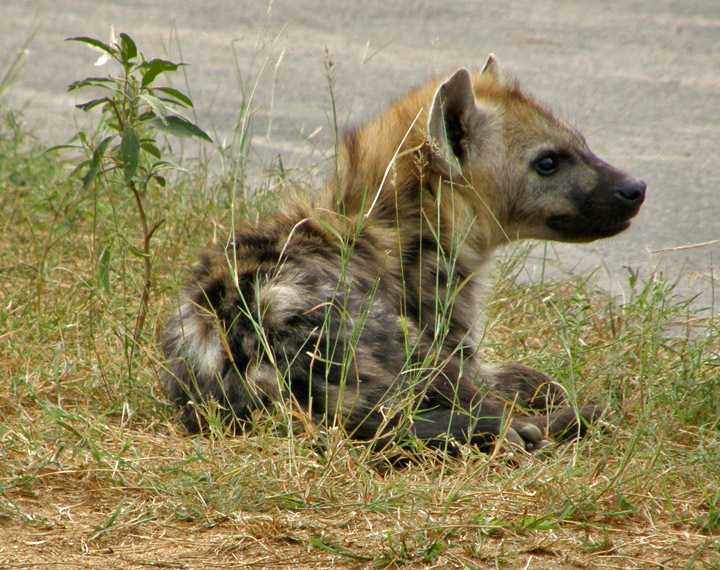 Unlike the canids, hyenas do not regurgitate or carry back food for their young. 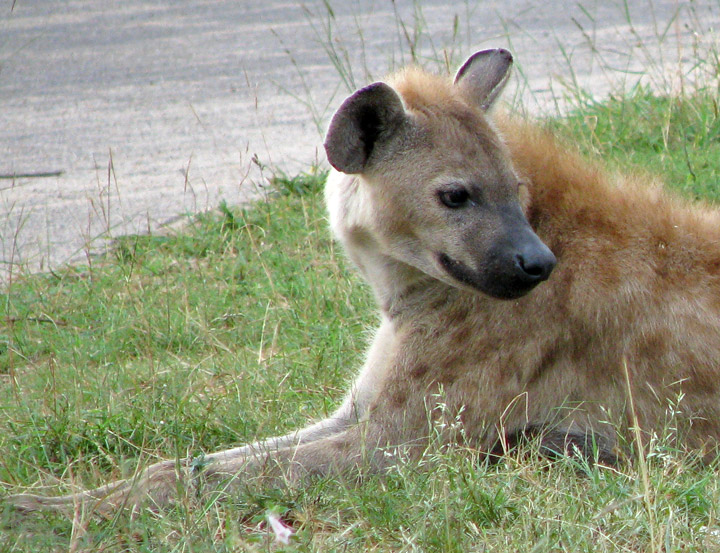 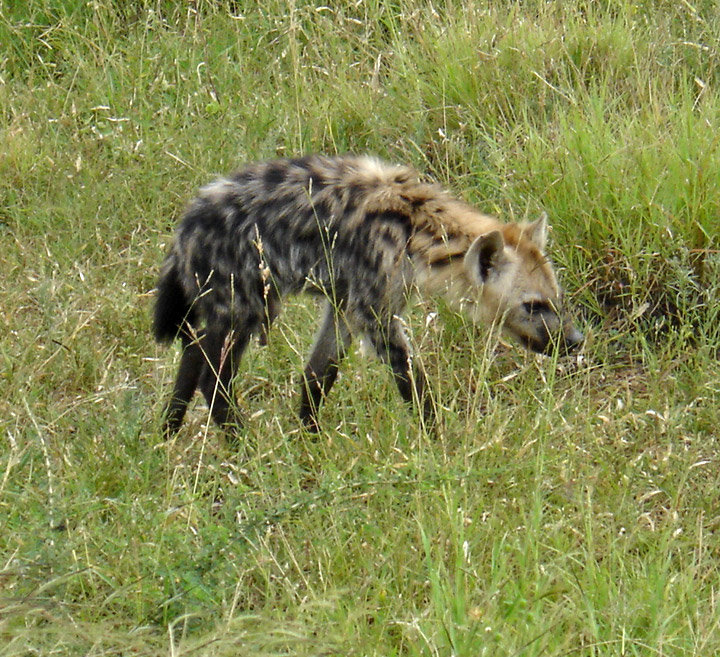 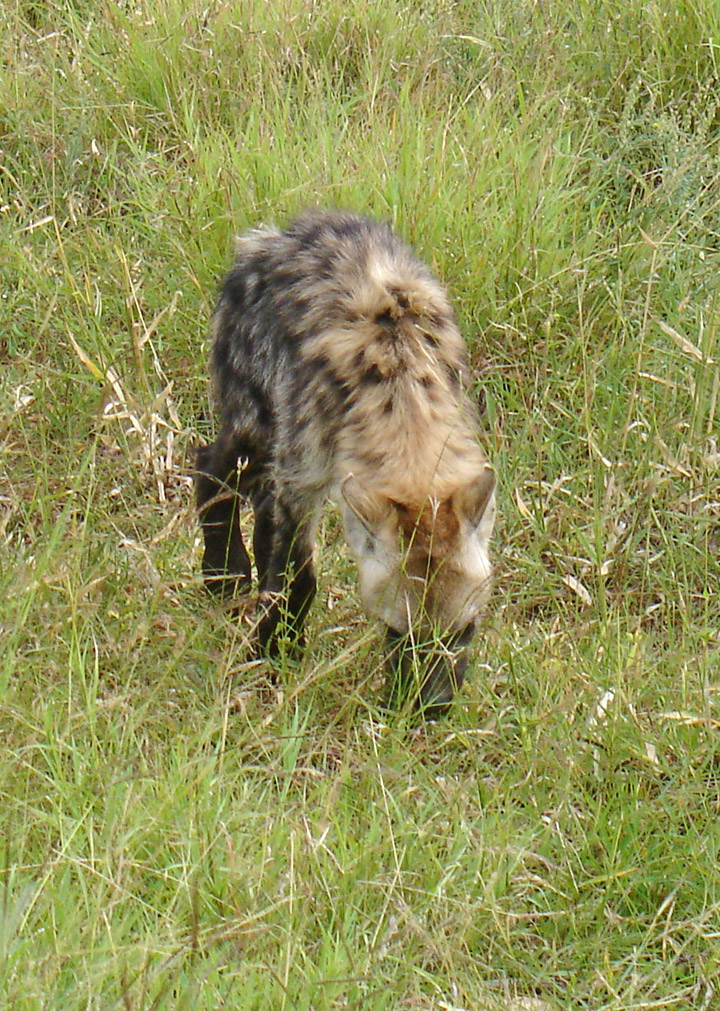