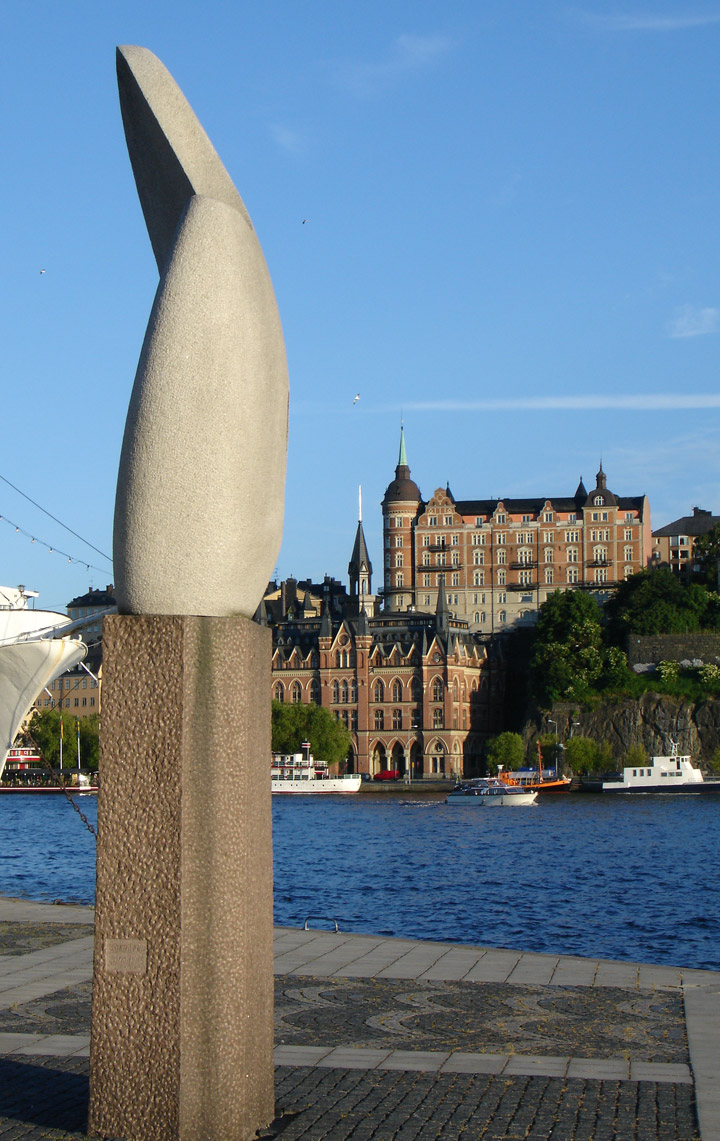 Stockholm, capital city and seaport of Sweden, on the eastern coast of the country, where Lake Mälaren enters the Baltic Sea. It is also the capital of Stockholm County. Stockholm is situated on about 20 islands and the adjacent mainland and is the largest city and the chief commercial, manufacturing, financial, transportation, and cultural center of Sweden. 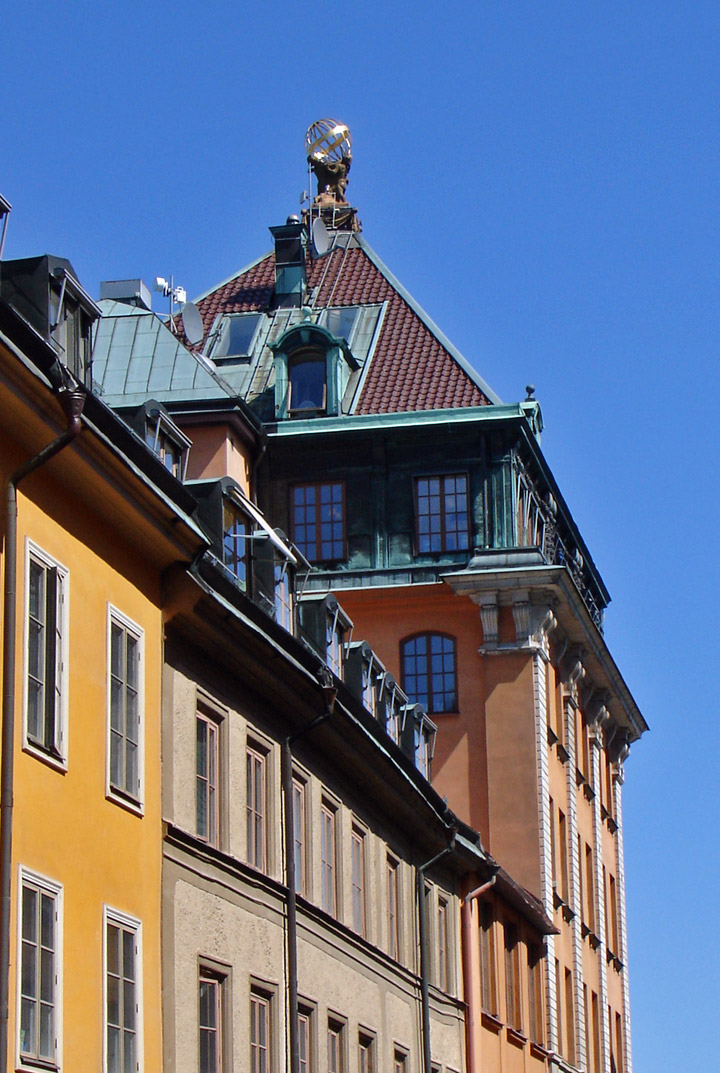 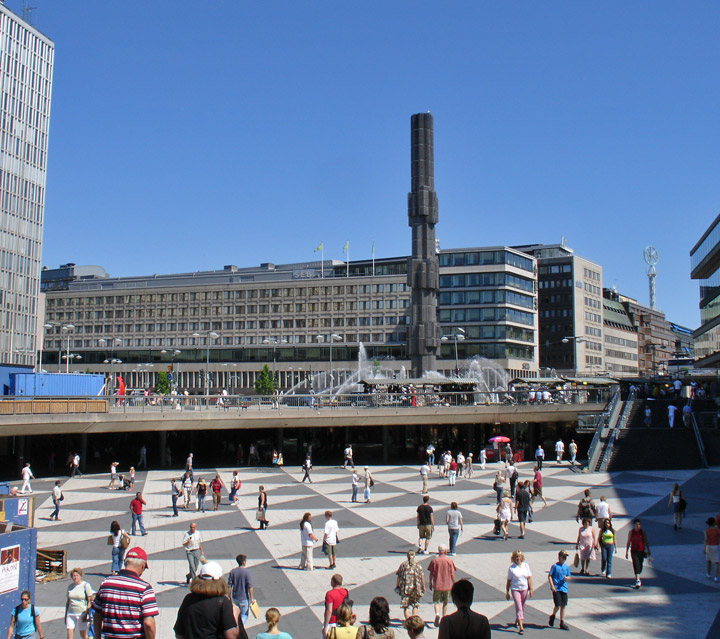 Stockholm is known for its beauty; it has many waterways and much parkland and is often referred to as the Venice of the North. It is the seat of the University of Stockholm (1877); the Royal Institute of Technology (1827); the College of Fine Arts (1735); schools of music, economics, medicine, and physical education; the Royal Library; the Nobel Foundation (1900), which oversees the awarding of Nobel Prizes; and the Swedish Academy (1786). 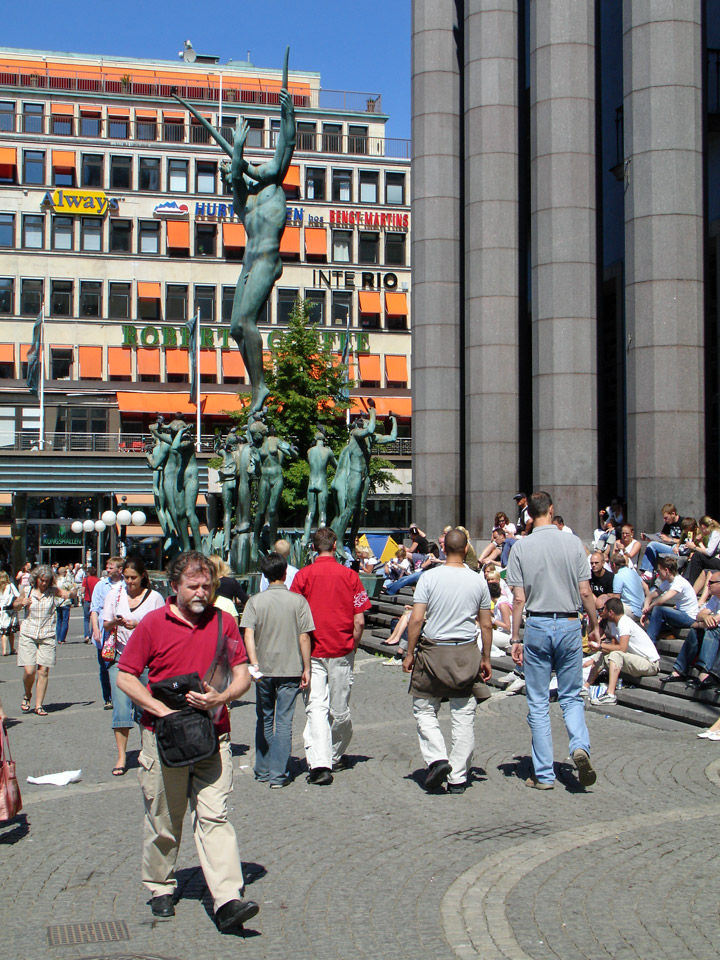 Carl Milles sculpture in front of the concert hall 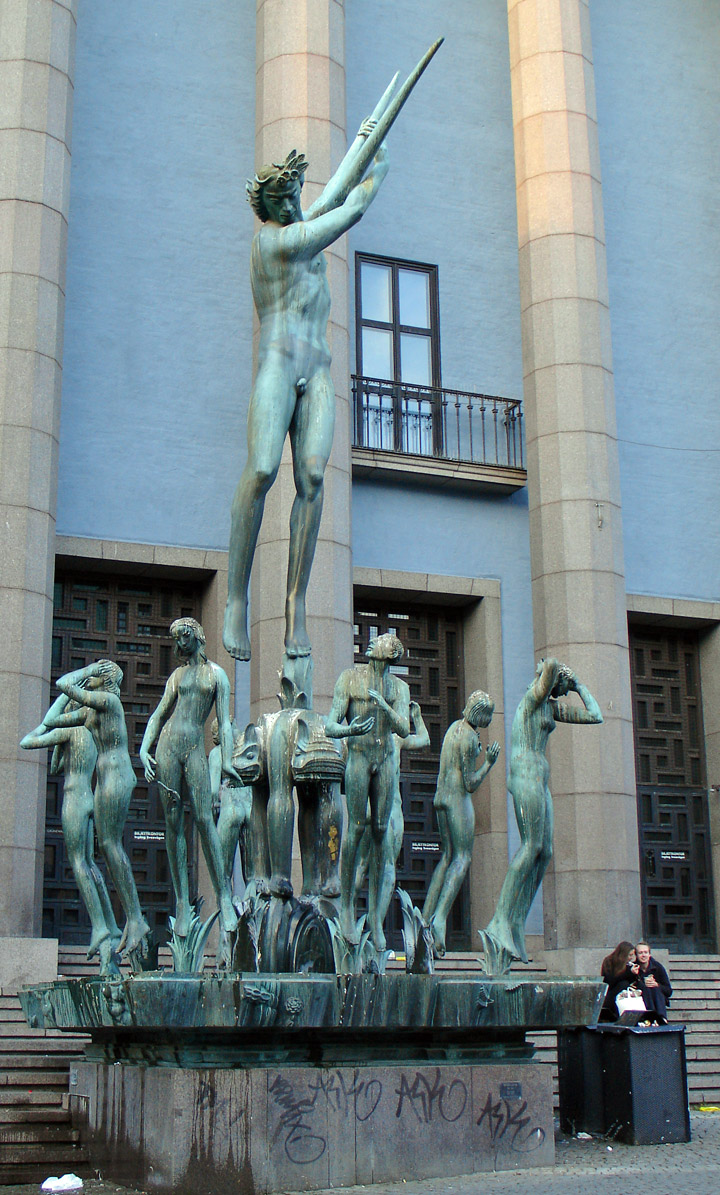 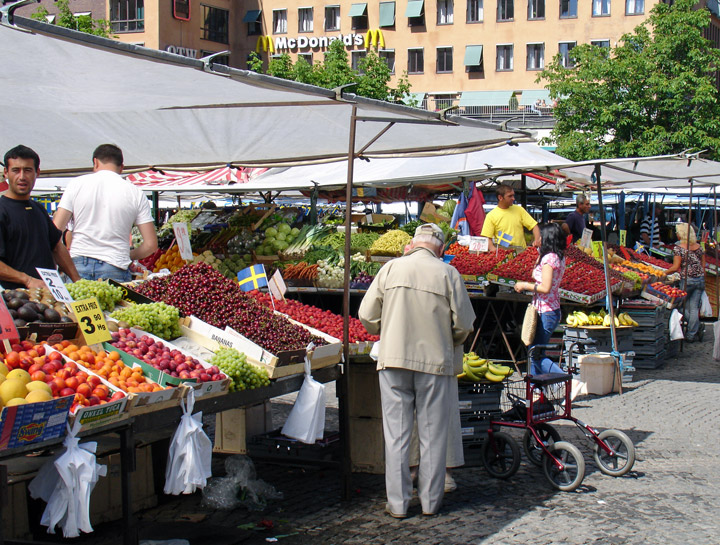 the nearby day market 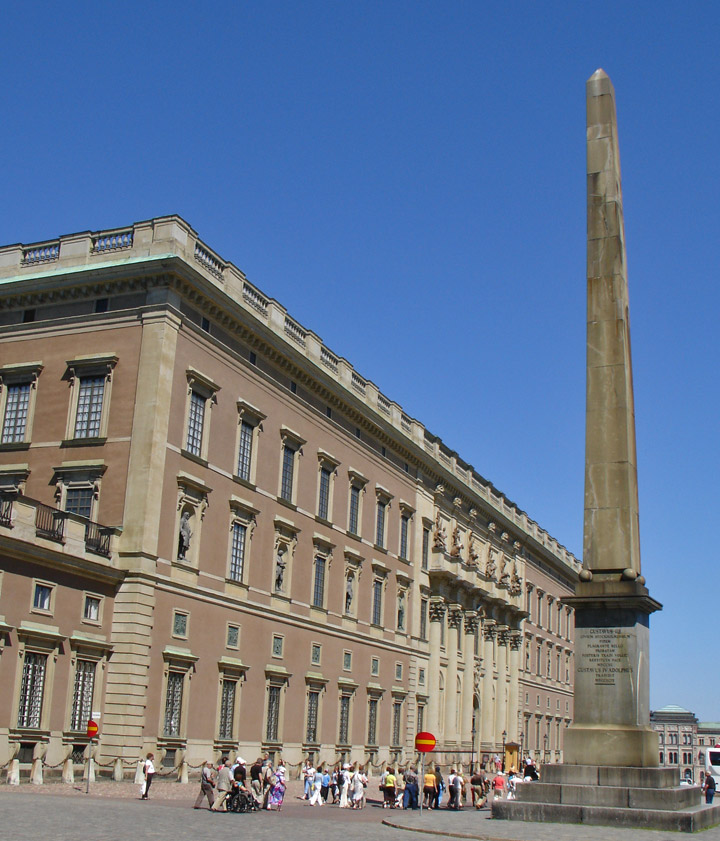 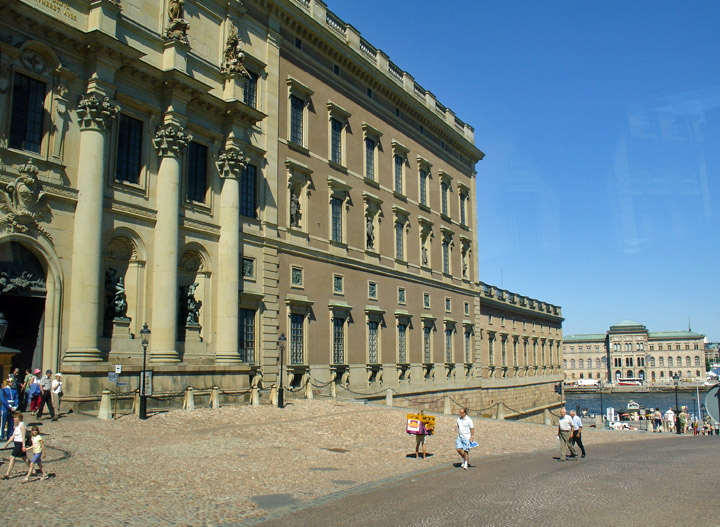 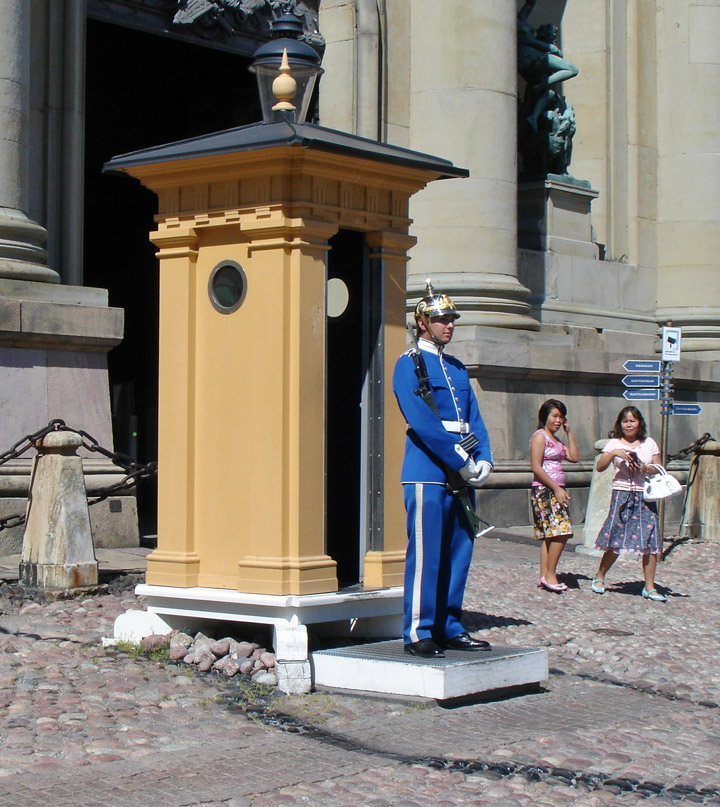 the guard on duty

Other points of interest include the Royal Palace (completed 1754), the 13th-century Church of Saint Nicholas, or Storkyrkan (Great Church), and the 17th-century Riddarhuset (Hall of Nobles), all on the island of Städsholmen; Riddarholm Church (begun late 13th century), in which many of Sweden's monarchs are buried, on the island of Riddarholmen; and the House of Parliament, on the island of Helgeandsholmen. 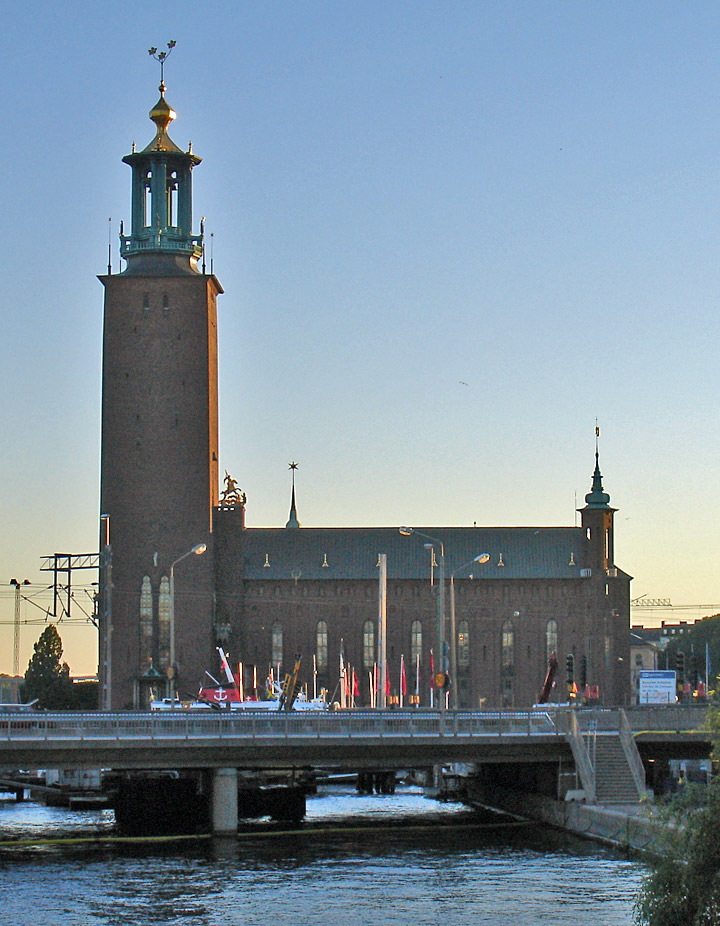 Also of note are the Stadshuset (City Hall), designed by the Swedish architect Ragnar Östberg and built between 1911 and 1923, and the zoo and open-air museum in Skansen, a popular park. Among the performing-arts institutions that are supported by the city of Stockholm are the Stockholm Philharmonic Orchestra, the Royal Dramatic Theater, and the Royal Ballet. 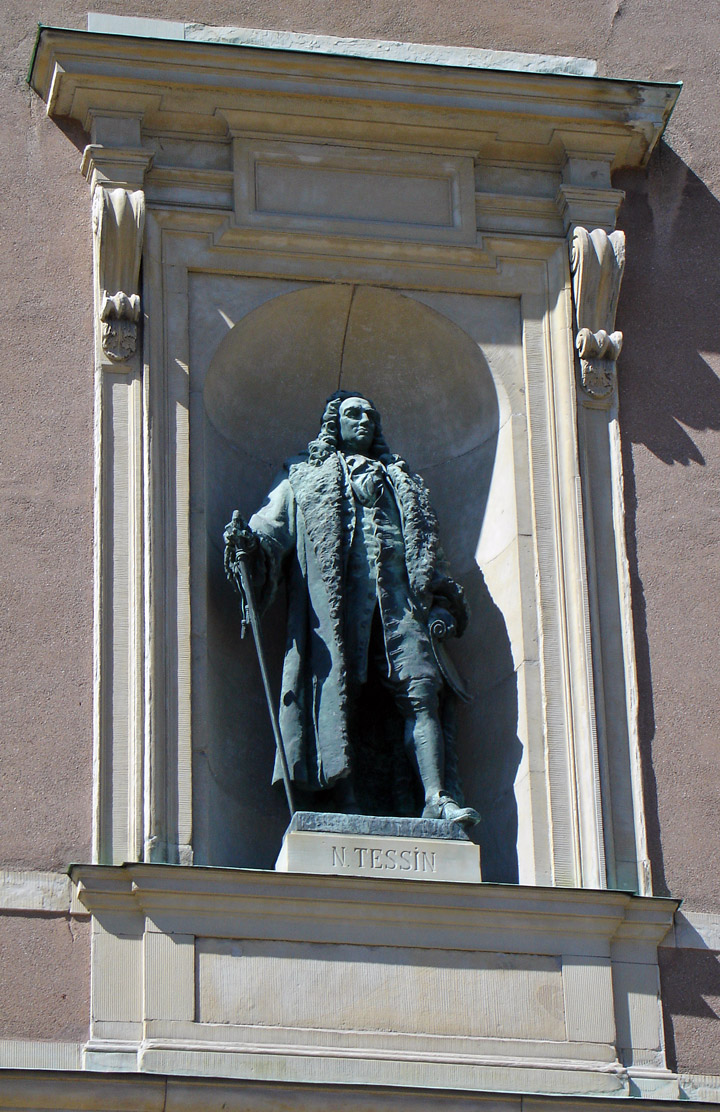 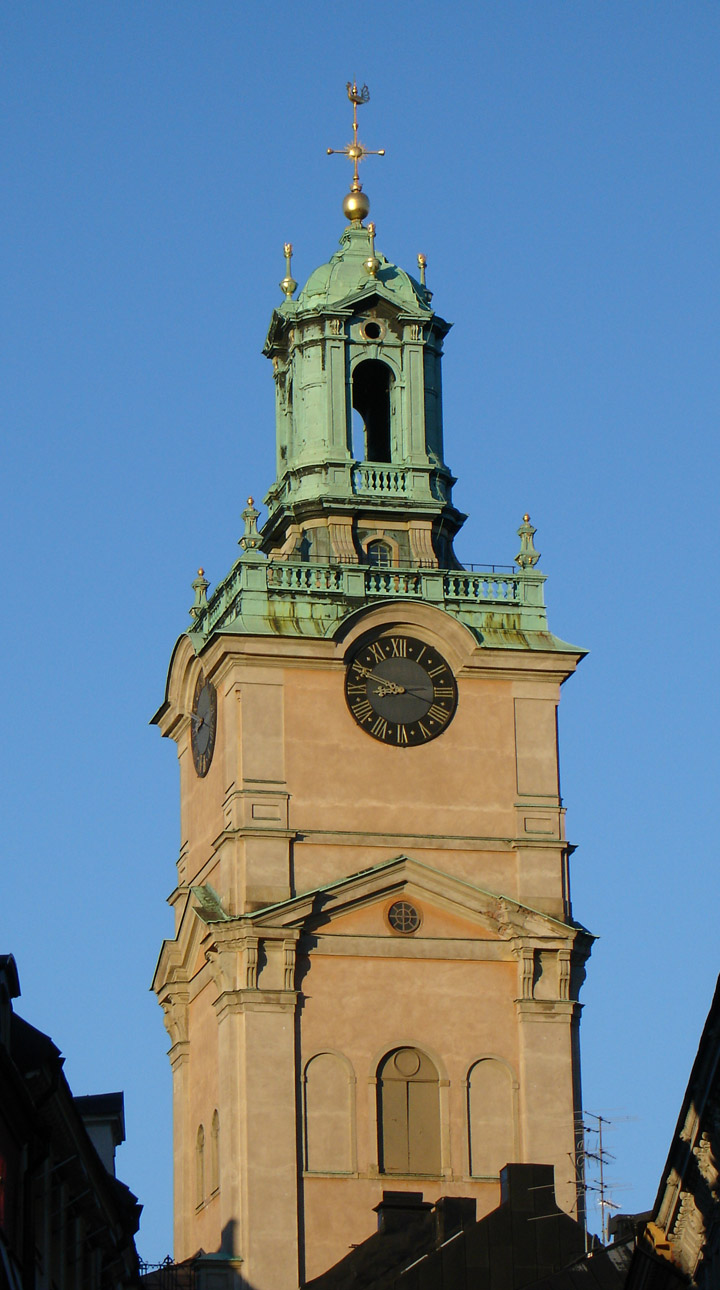 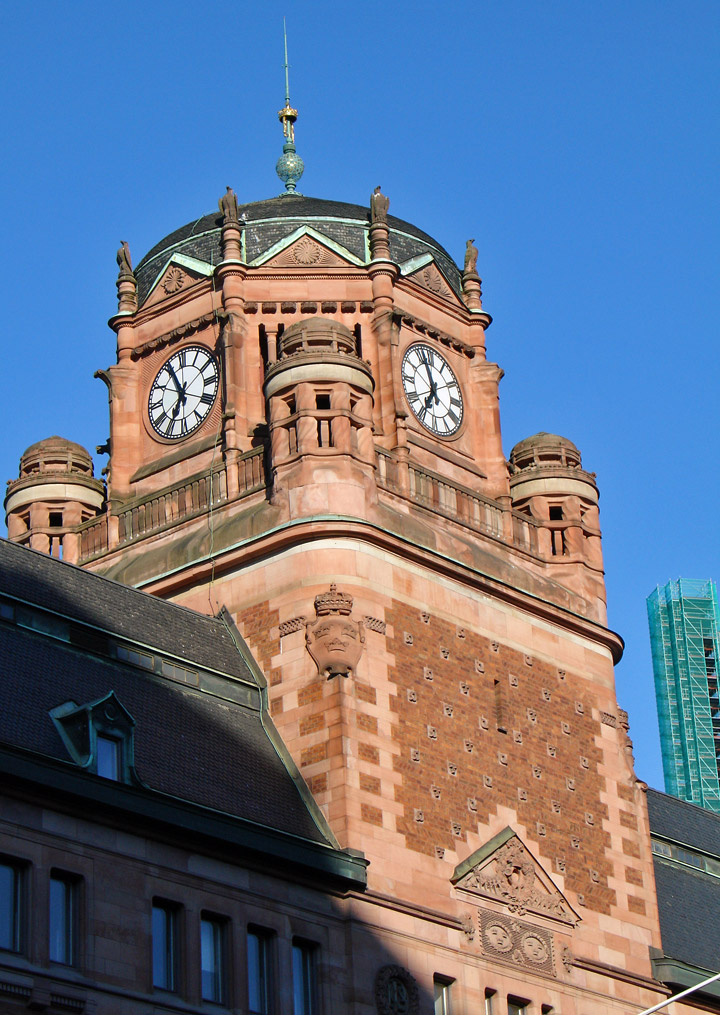 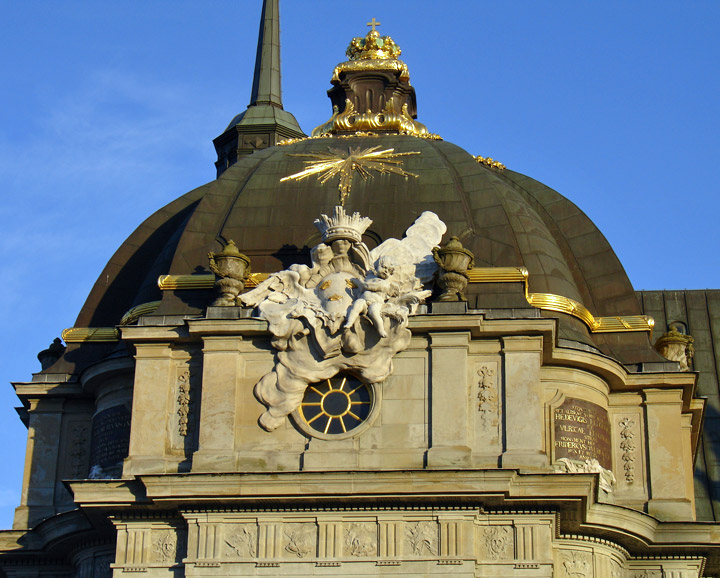 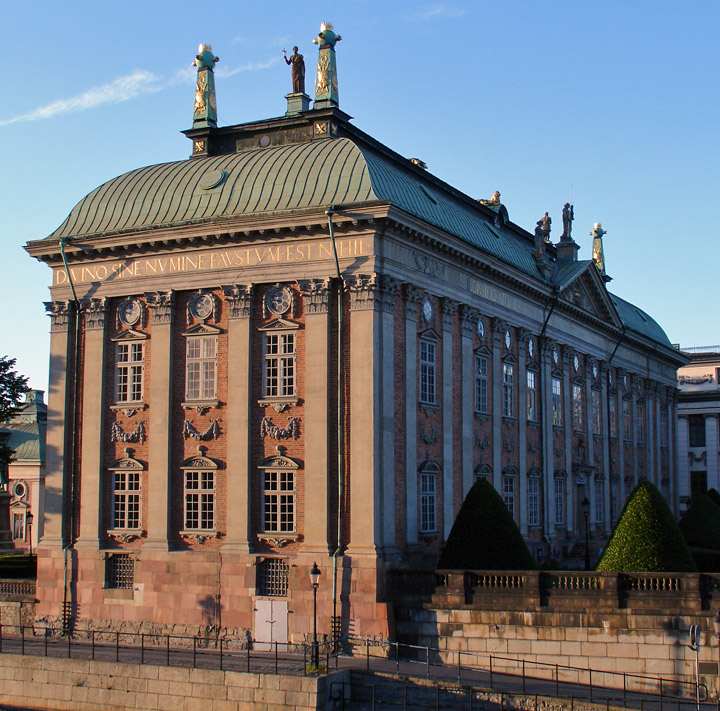 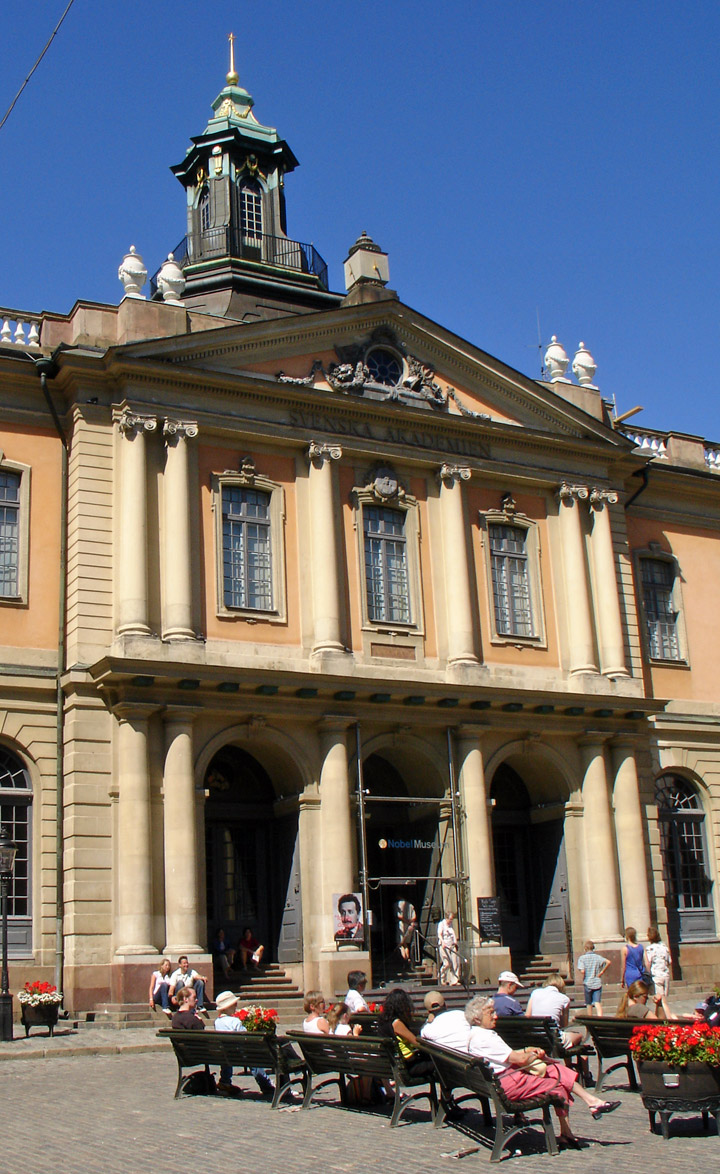 Although the area had long been inhabited, Stockholm was not established until the mid-13th century. This settlement developed as a trading center after commercial ties were established with cities that were members of the Hanseatic League (a commercial federation of European cities), particularly Lübeck. 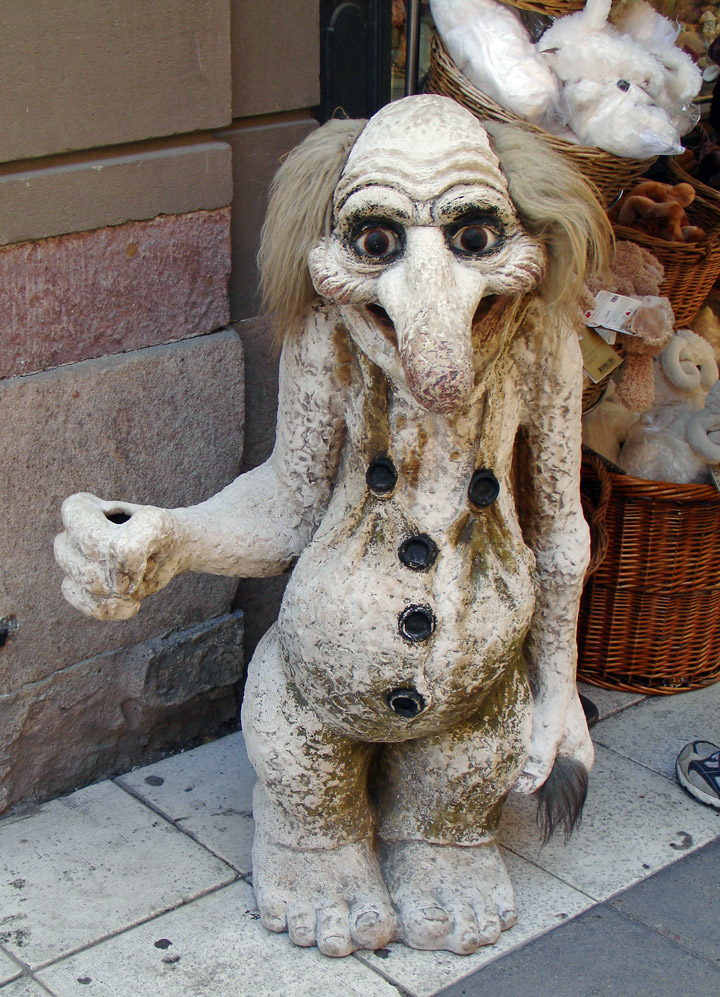 long know for its Troll inhabitants

In 1520 the coronation of Christian II, king of Denmark and Norway, as king of Sweden took place here. To strengthen his position in Sweden, Christian had a number of Swedish noblemen killed during what has been called the Stockholm Massacre. Three years later Danish rule was overthrown, and Gustav I Vasa became king of Sweden, with Stockholm as the center of his kingdom. 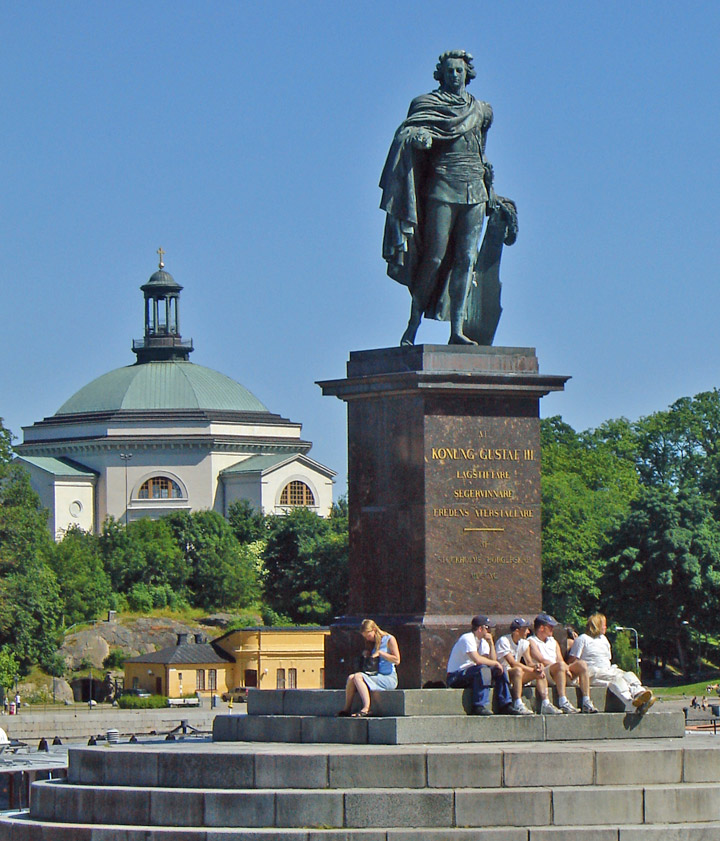 The city became a noted cultural center in the 17th century, and its main growth as an industrial community began about 1850. The 1912 Olympic Games were held in Stockholm. 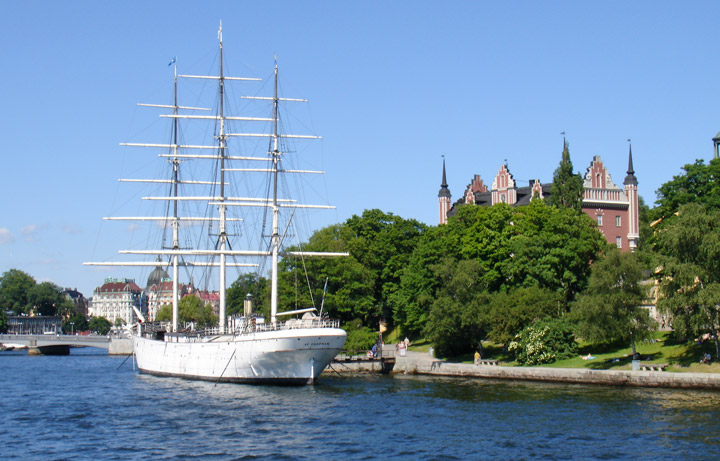 the harbor
Swedish Museum in background

More Photos of the harbor 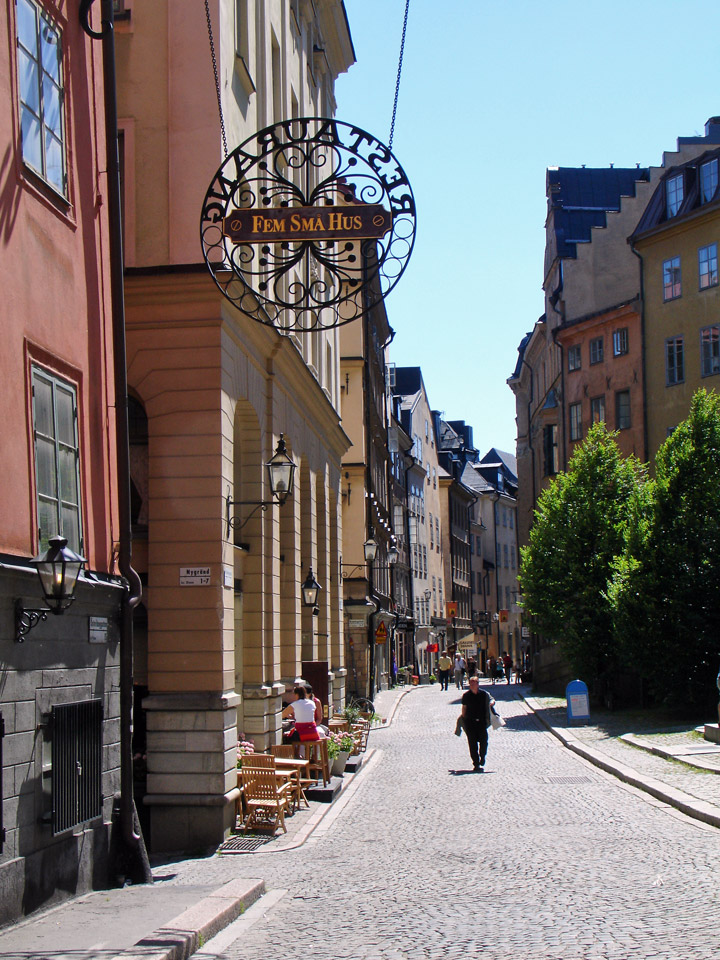 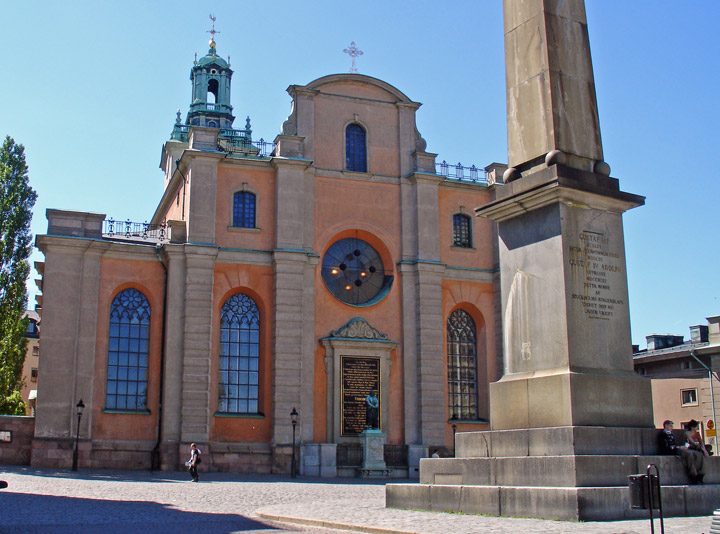 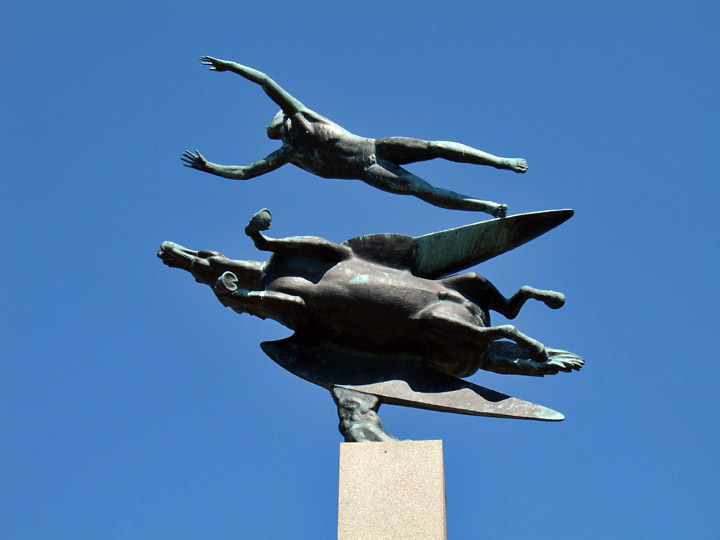 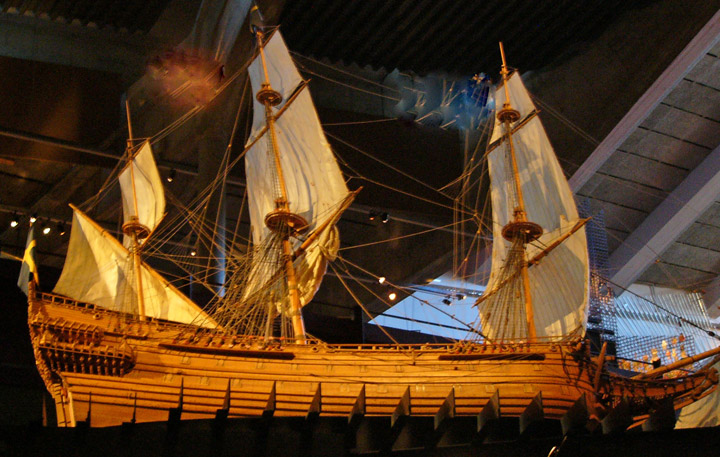 model of the Vasa 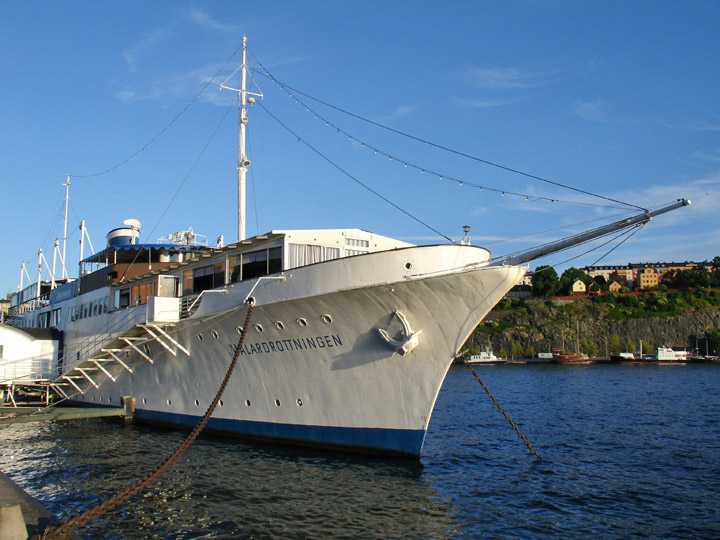 ship used as a restaurant 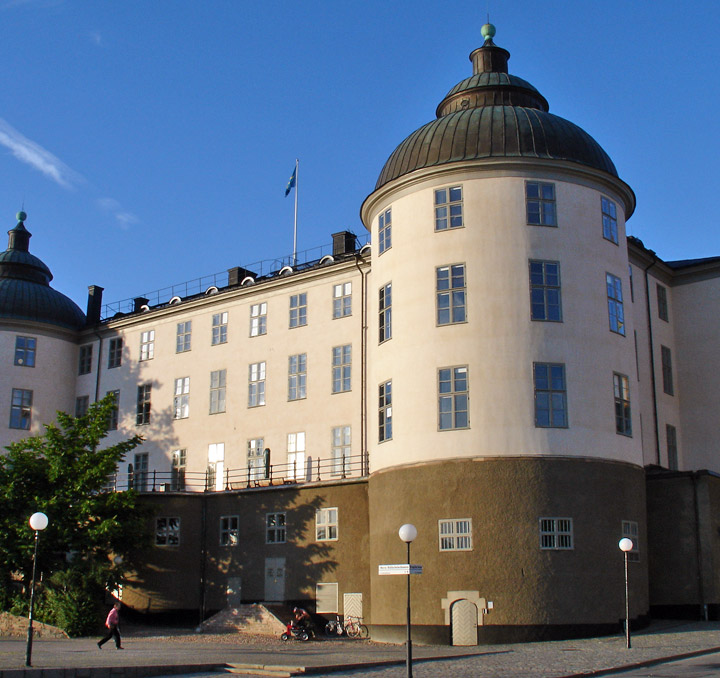 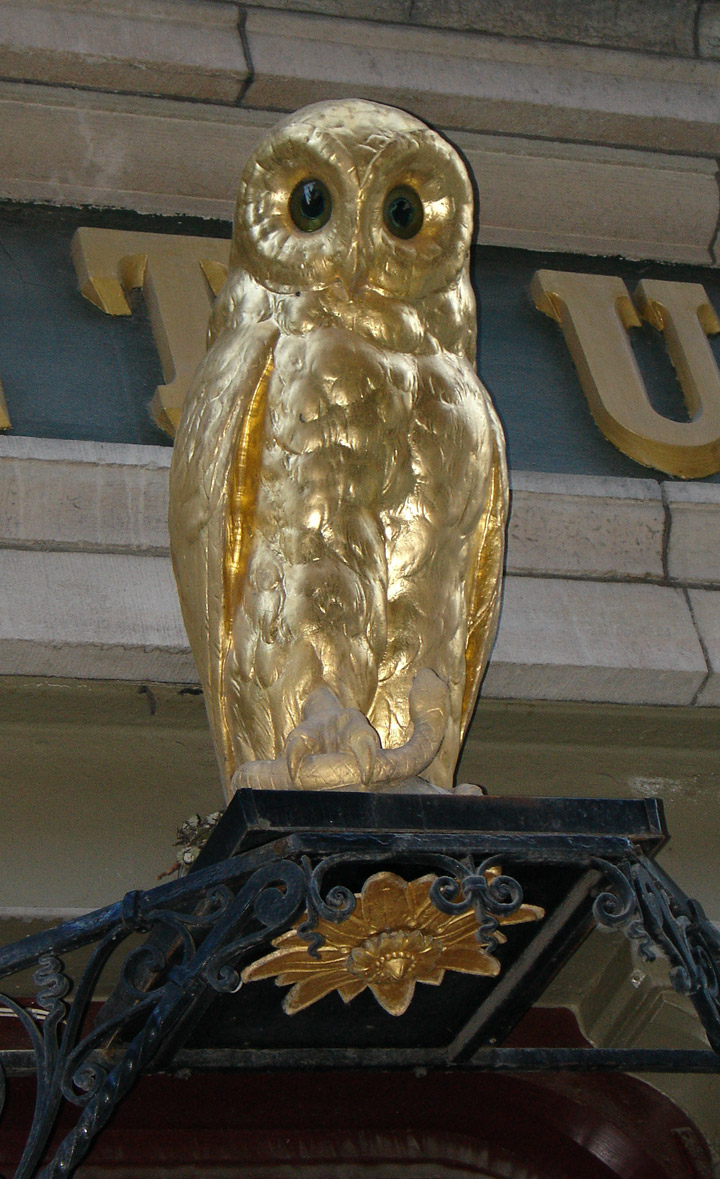 owl on the apothecary shop
(the druggist) 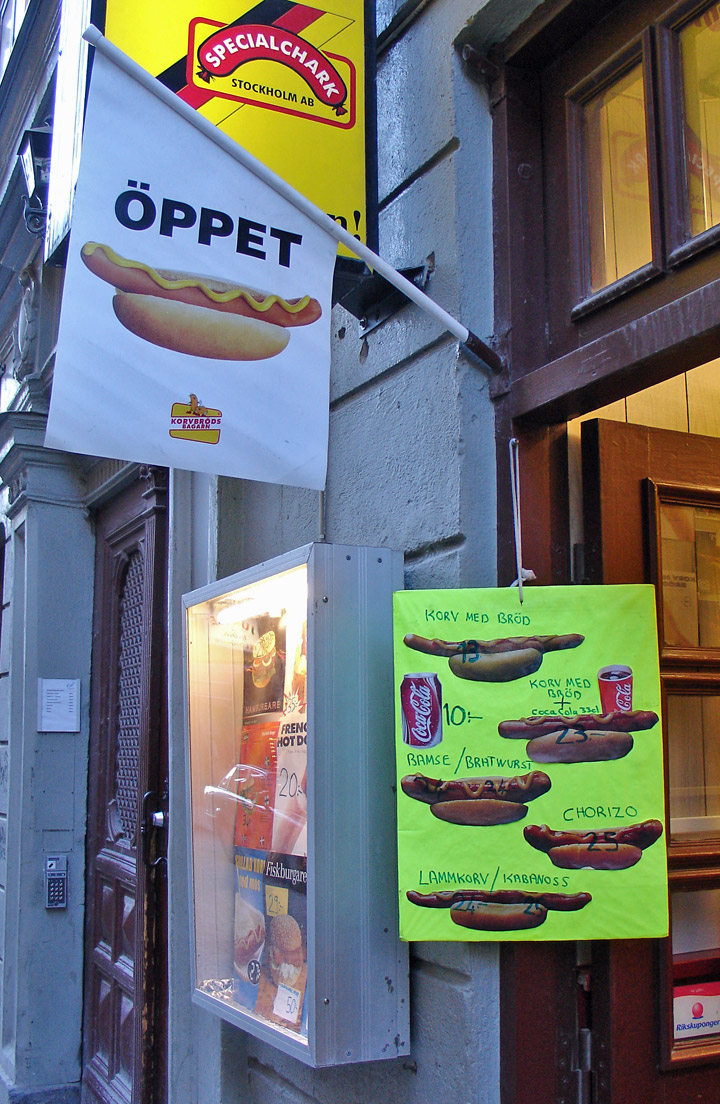 a hot dog for any international taste