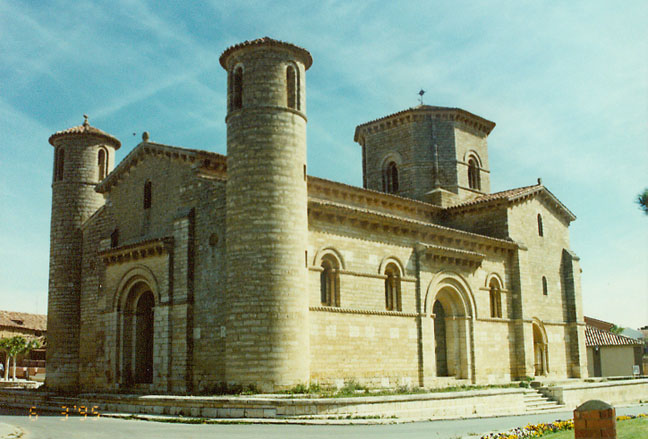 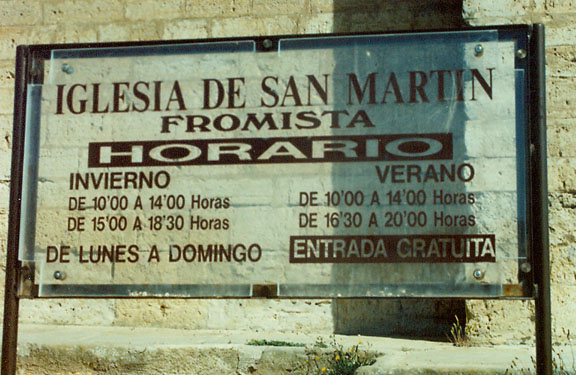 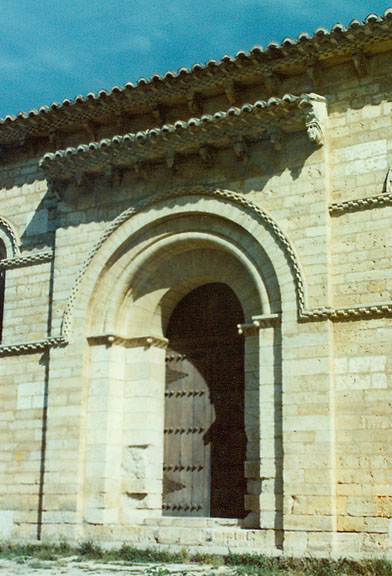 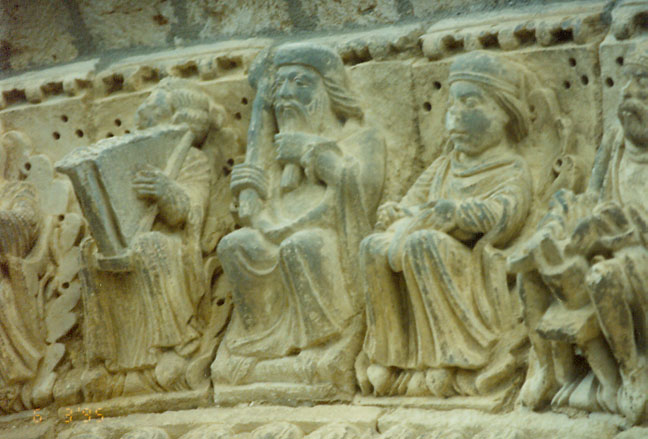 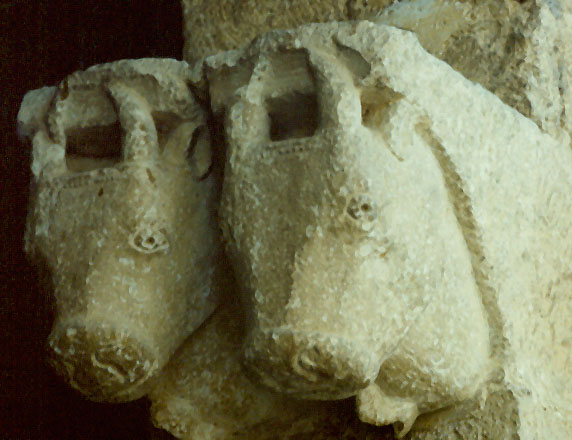 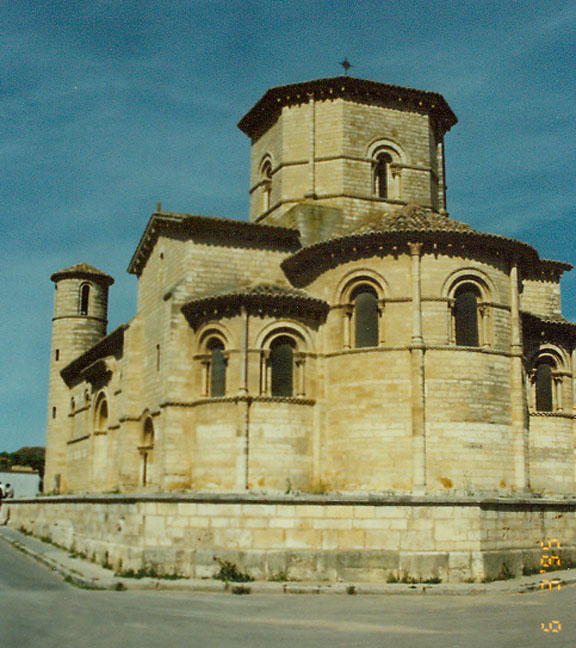 apse end of this Romanesque church

The capital of Palencia's Romanesque legacy, the town of Frómista is a major communications hub and a staging post on the Pilgrim's Road to Santiago de Compostela. 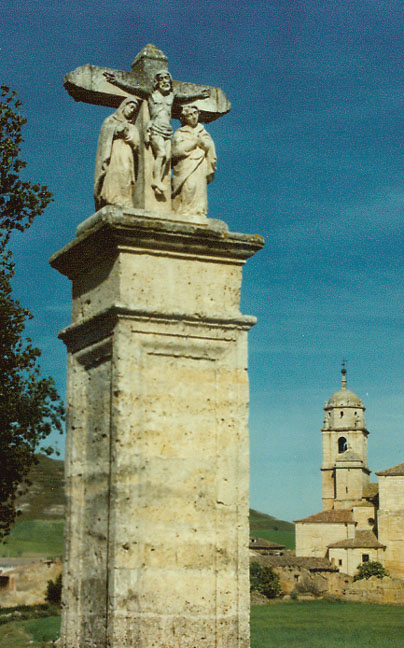 on the Pilgrim's Road to Santiago de Compostela.

Churches such as San Pedro and Santa María form one of the main cultural attractions of the town, along with the hermitage of Santiago and its image of the Virgen del Otero. But Frómista's most prized gem is the church of San Martín, a work of art conceived as an image. This temple, which was founded in 1035, stands out because of the simplicity of its lines and the perfect balance struck between the architecture and the incredible wealth of decoration. A magnificent display of light, colours and lines which represents a milestone in the Romanesque style linked to the Pilgrim's Road to Santiago de Compostela. Two kilometres from town is the Pozomingo fountain, where remains have been uncovered of what could have been Frómista in the Roman age, before Arab occupation. 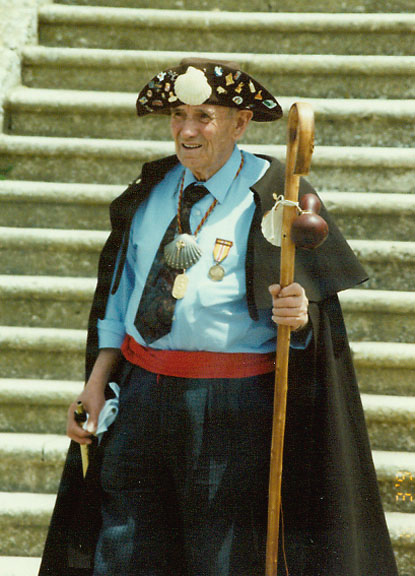 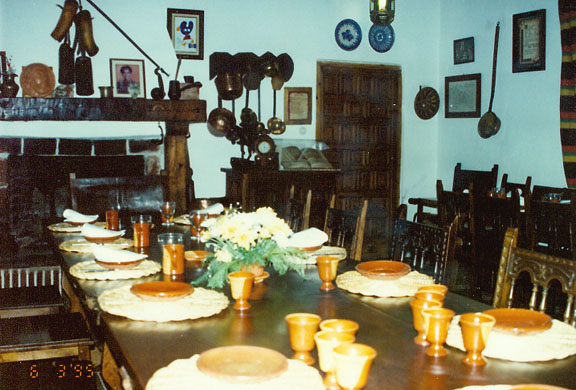 the restaurant for Pilgrims 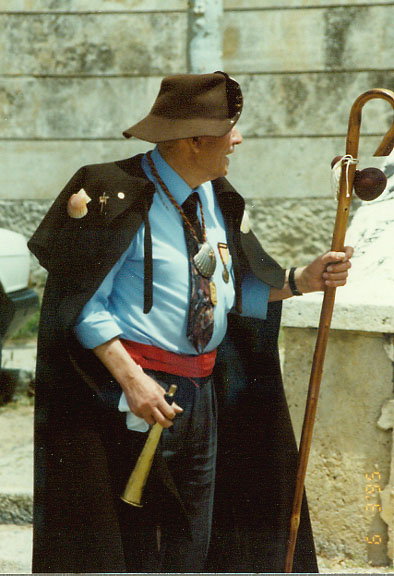 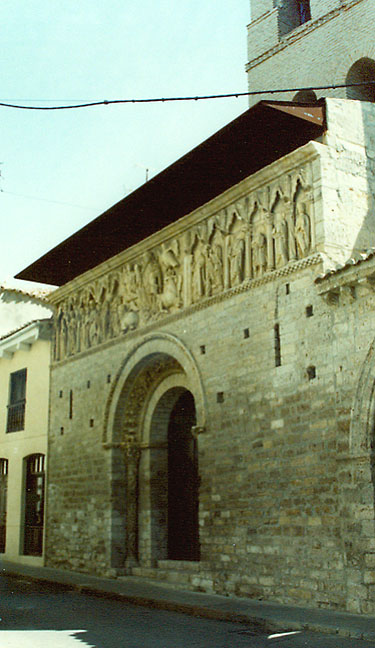 Sixty-seven kilometres to the south-east of Leon we find Sahagún, a historic city that stretches on top of a smooth mound, whose nerve centre is the main square, or Plaza Mayor, which still has its original porches. 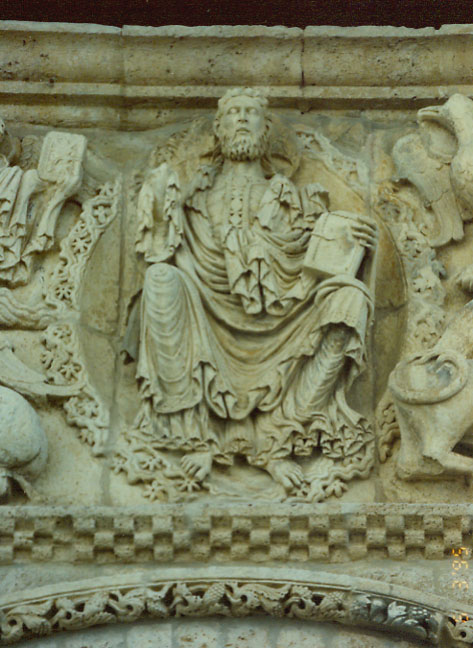 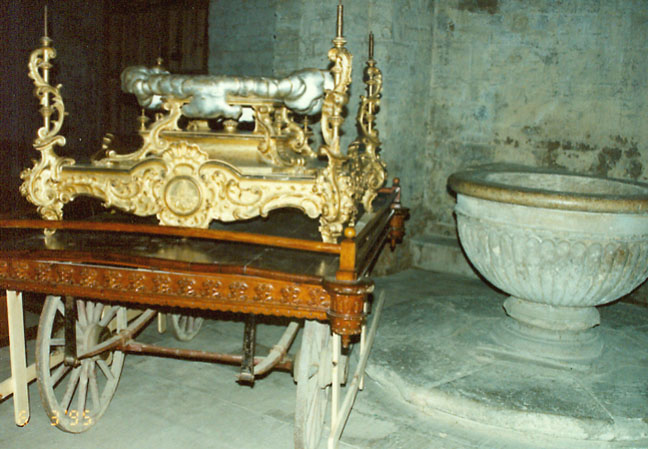 funeral frame next to the baptistery

In the streets we can see some houses with brick and wooden structures, and some others that were built with clay and straw. The local artistic heritage, the legacy of a booming past, includes remarkable buildings such as the monastery of San Benito el Real, from which only a Neoclassical arch still stands; the Mudejar churches of San Tirso and San Lorenzo, from the 12th and 13th centuries, respectively; the convent of the Benedictines, presently the site of the Sahagún Museum; and the sanctuary of Peregrina, in the outskirts. 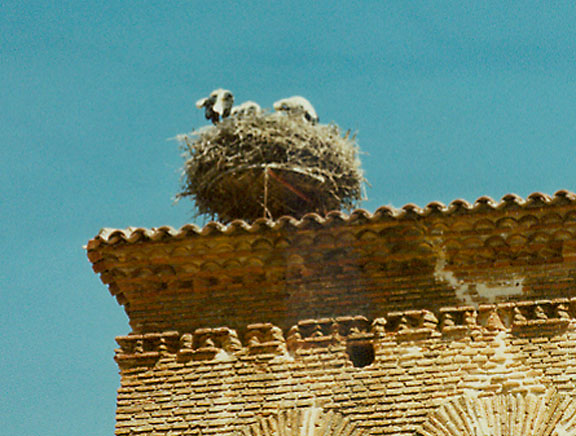 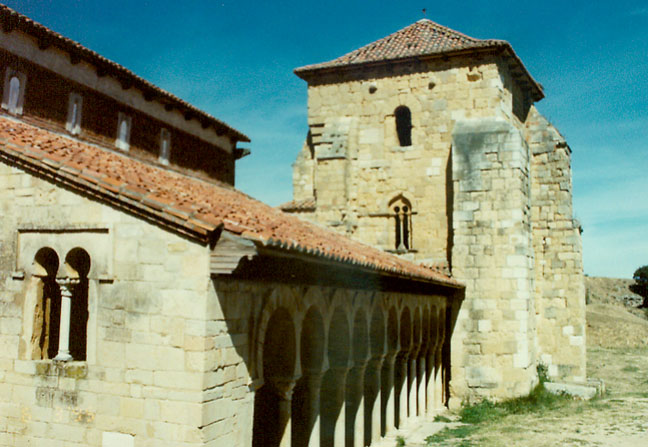 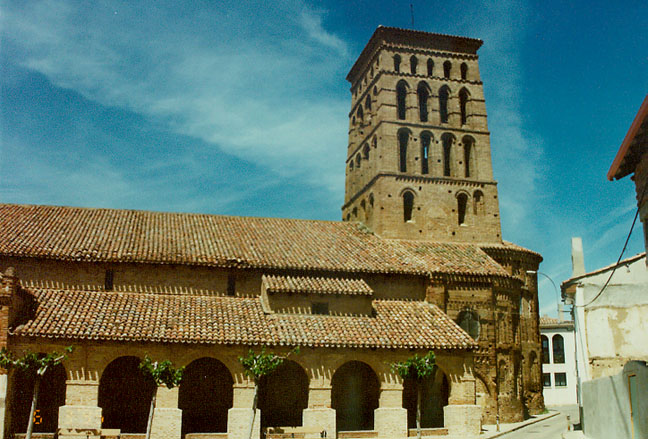 built by monks, refugees from Cordova 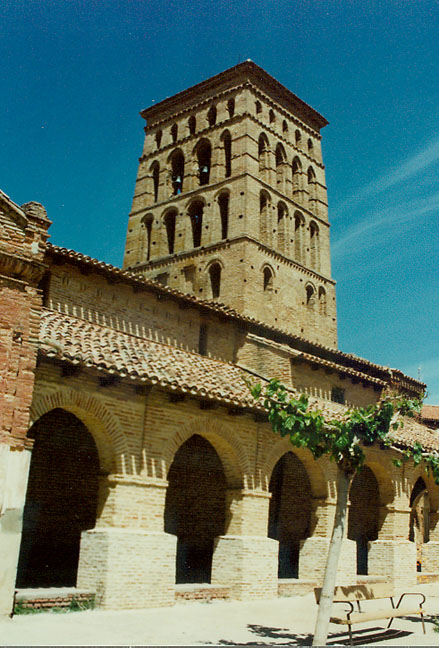 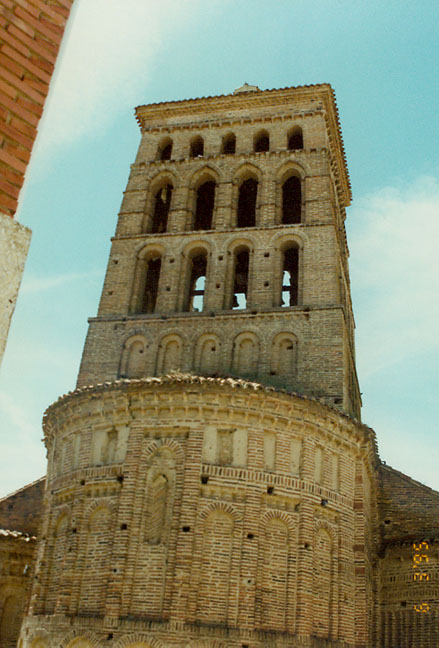 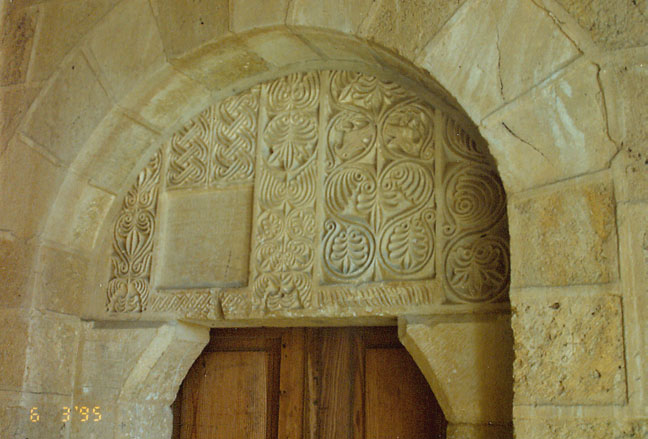 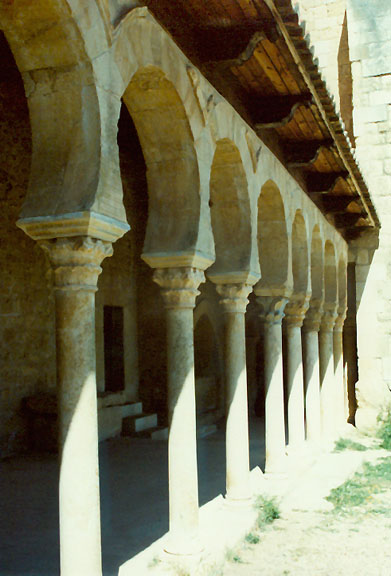 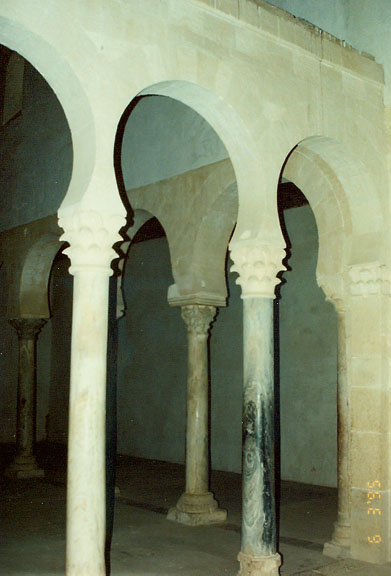 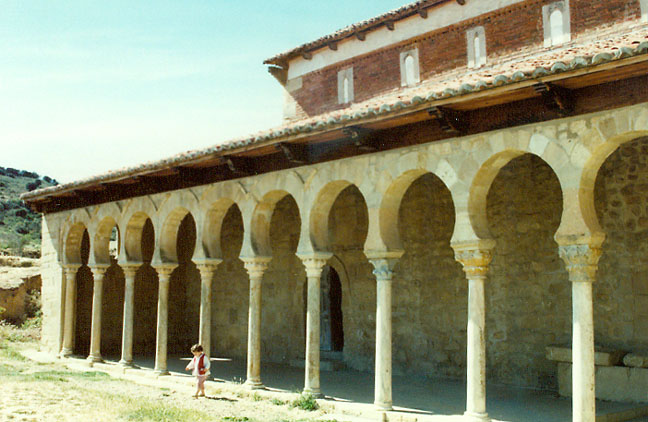