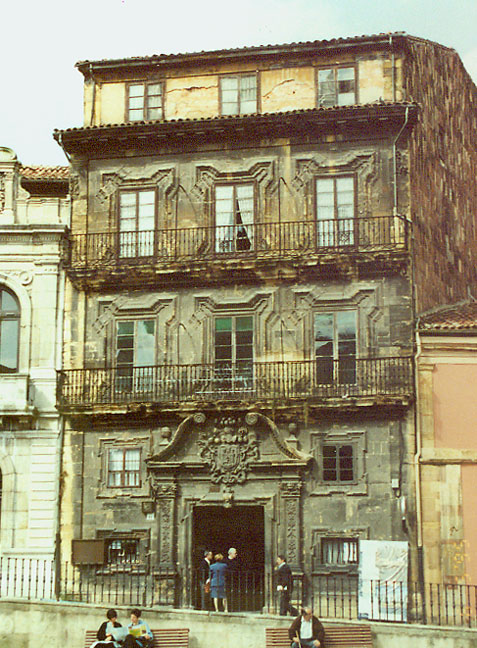 The former Ovetum has been closely linked to the Asturian monarchy since its foundation (8th century), and even became the capital of the Kingdom. This fact has left an unquestionable medieval flavour in the historic quarter, which in modern times has been given a carefully-considered urban layout which is easy to move around. An exceptional starting point to approach examples of pre-Romanesque art with World Heritage status, the coastline of the Costa Verde, incredible natural landscapes for all kinds of sports and, of course, a first-class gastronomic culture.

A pedestrian historic quarter makes strolling in Oviedo a pleasure, from the University to the Cathedral, and from the palace of the Marquis of San Félix to the Camposagrado. A walk littered with statues which appear on the pavements on sites of historic importance. To take a rest, there are a great many squares and small squares filled with chigres (cider bars). 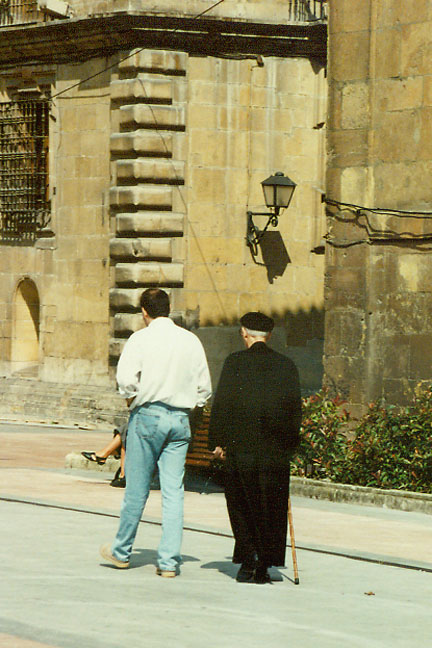 The tower of Oviedo's Cathedral marks the starting point of any tour of the provincial capital. Built in the flamboyant Gothic style, its tower, rose window and entrance portico guard the greatest symbols of Asturias. The chapel of San Miguel, or Cámara Santa, houses the Holy Chest, the Cross of los Ángeles and the Cross of la Victoria, relics also visited by the pilgrims heading for the holy city of Santiago de Compostela. These symbols appear on the coats of arms of both Oviedo and the Principality of Asturias.

In the cathedral area we can see examples of some of the most significant buildings in Oviedo: the church of San Tirso, the Fine Arts Museum or the Archaeological Museum, these latter two housed in the former Velarde Palace and the convent of San Vicente. Given the impossibility of preserving a great many architectural features and sculptures in the pre-Romanesque style (8th- 10th centuries) in their places of origin, in buildings scattered among the valleys, mountains and small villages, pieces from these churches can be found in the Archaeological Museum. In this way, we can cover the entire history of art in Asturias from the Bronze Age, as well as seeing prehistoric, Roman, Visigothic and Romanesque collections. 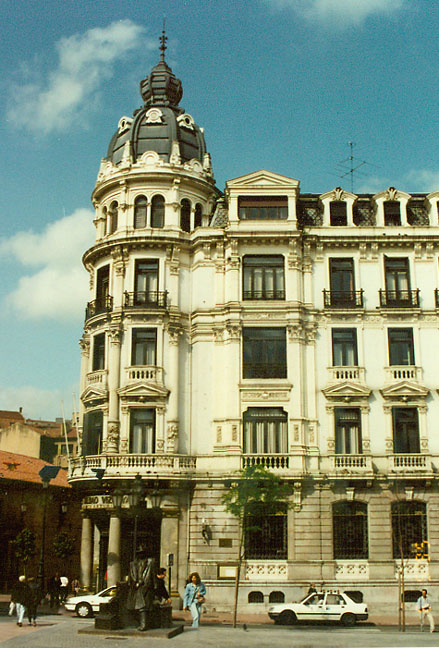 The innovative pre-Romanesque style of Asturias, a precursor to the Romanesque and Gothic styles, is a heritage unique to these lands. Oviedo itself provides the opportunity to take in some of the most significant buildings, such as Santa María del Naranco, San Miguel de Lillo and San Julián de los Prados, all of them National Monuments. These temples and palaces, along with Santa Cristina de Lena, la Cámara Santa and la Foncalada (a medieval fountain) have been given World Heritage status by UNESCO.

The city of Oviedo is made up of interesting squares which help us to get around the city. The Cathedral square leads us to the square of Alfonso II the Chaste, which gathers together the palaces of Valdecarzana and la Rúa. In Cimadevilla, the oldest part of the historic quarter, we will find the unusual plaza de Trascorrales, which houses the former exchange, and Constitution Square. The 18th-century City Hall building and the church of San Isidoro stand here. And next door, the arcaded Fontán Square, a name also given to the old iron and glass market. The coloured houses which stand on this square also give on to the lively square of Daoíz y Velarde. A great many porches open out onto this area serving natural cider. 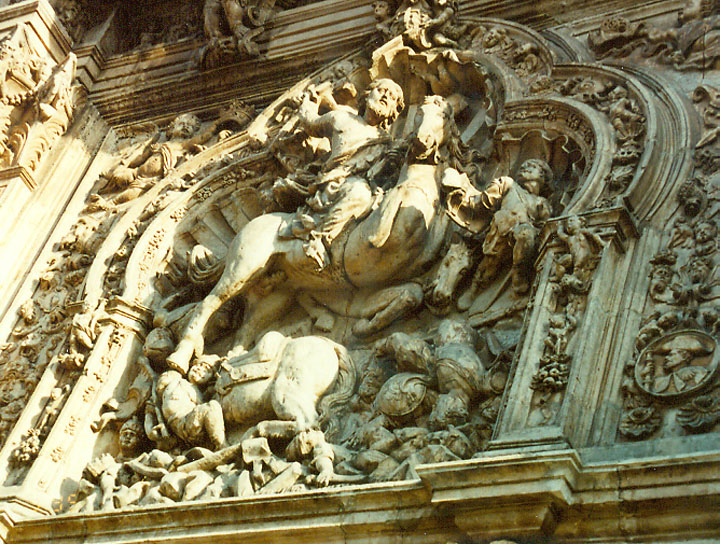 elaborate carving on a building facade

The University of Oviedo can be considered the last building in the historic quarter before arriving at the New Districts. Its plateresque façade, from the 16th century, gives way to a cloister which hosts any number of cultural events throughout the year. The nearby façades of the palaces of Toreno and Camposagrado are worth a visit.

Starting from this point is the Oviedo of the late 19th century, around the plaza de la Escandalera and the Campo de San Francisco park. Gathered here are the Regional Palace, headquarters of the Principality's governing body, the Caja de Asturias building and the old Banco Herrero. All of them built in a “frenchified” style. Also close by you will find the Campoamor Theatre, where each year the Príncipe de Asturias awards ceremony is held. The Modern Arts Centre is also to be found here. 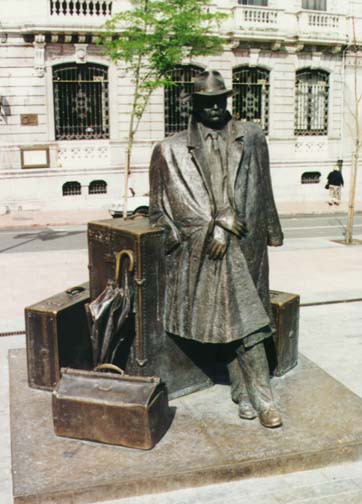 Continuing along calle Uría takes you to Oviedo's main shopping area. Taking one of the side streets, Gil de Jaz, leads you to the old Provincial Hospice (18th century), today the site of the luxurious Hotel Reconquista.

At any point on a tour of Oviedo we can sample the region's gastronomy. Our tasting must include Cabrales, Vidiago or Gamonedo cheeses, Asturian fabes (haricot beans), pixin (monkfish), seafood or "carne gobernada" (stewed meat). For dessert the choice is enormous: rice pudding, frixuelos (a kind of crêpe), almond cake... 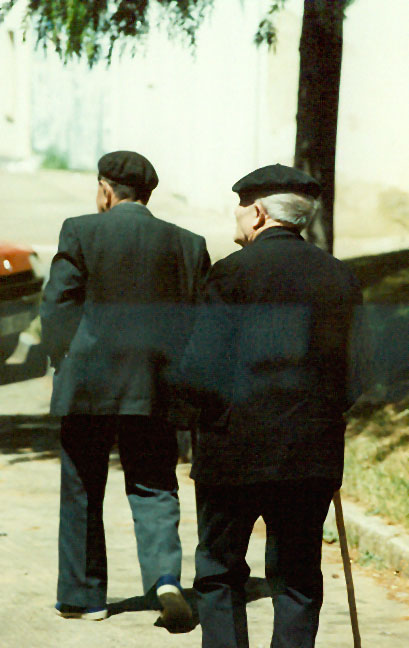 Oviedo, located in the centre of Asturias, provides easy access to the entire province via a variety of routes. Eastern Asturias boasts fishing villages such as Lastres and summer resorts with a strong historic flavour such as Ribadesella and Llanes, on the so-called Costa Verde (Green Coast). Almost in Cantabria, Colombres preserves the legacy of the Spaniards made good in America. The intricate orography of the eastern interior gives us treasures such as the Picos de Europa National Park and Cangas de Onís, a place closely linked to the history of Asturias. Not forgetting emblematic Gijón, whose Parador de Turismo is housed in an old mill, Villaviciosa, or to the south of the province, the Redes Nature Reserve. 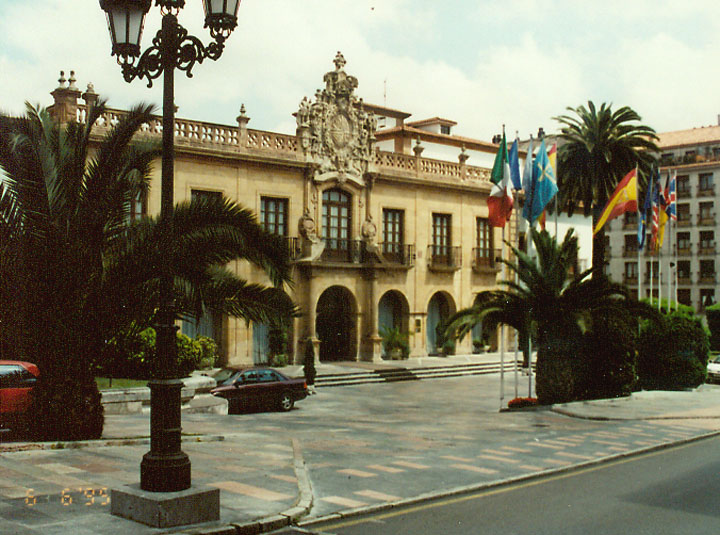 The Western coast, until the the border with Galicia, offers us seafaring villages such as Candás and Luanco, beautiful beaches such as Salinas and towns spread between the sea and the mountains, such as Cudillero. All are ideal places to try the seafood from the Cantabrian. Lighthouses and cliffs form the profile of the coastline in Luarca, Navia and Tapia de Casariego, between kilometres of beaches. The western interior will take us to fascinating historic quarters like those of Grado or Salas, prehistoric caves such as Peña de Candamo, or landscapes where popular architecture merges with the natural surroundings, as in the area of los Oscos. The Somiedo Nature Reserve and the Muniellos Biological Reserve are testimony to the natural and environmental wealth of Asturias. And all of them are ideal for doing environment-friendly sports. 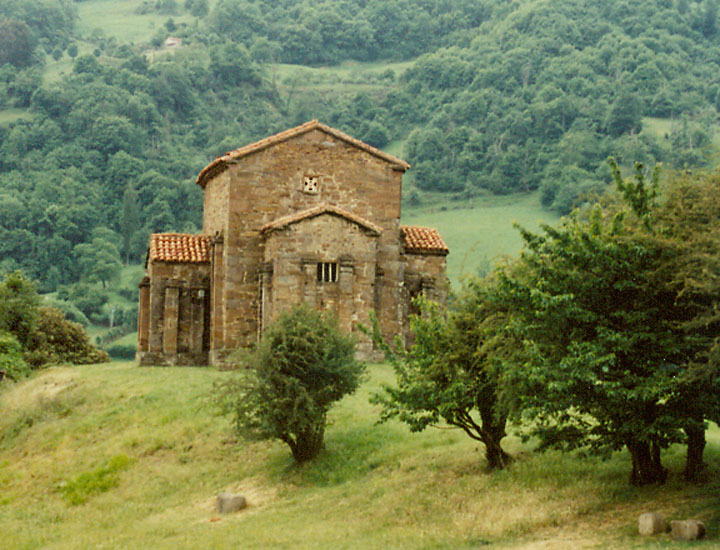 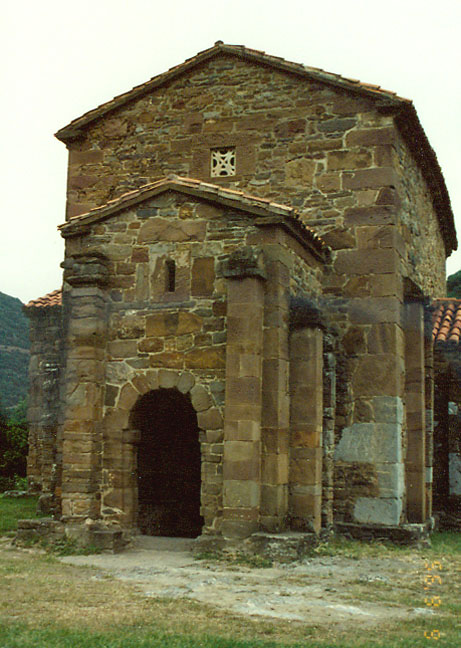 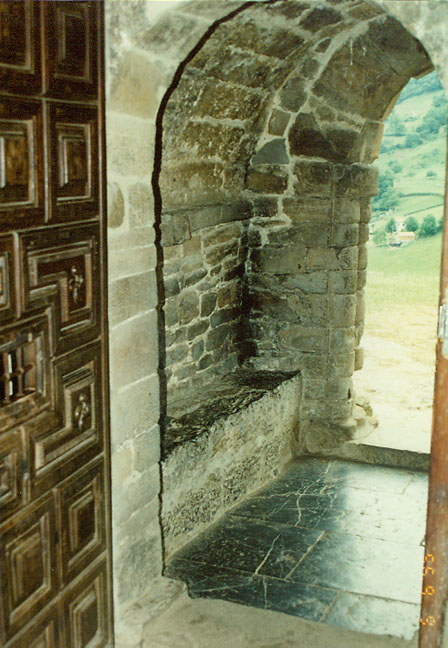 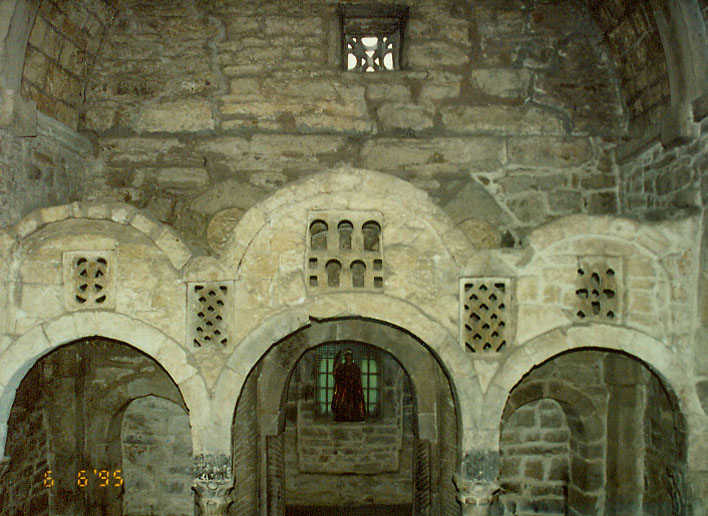 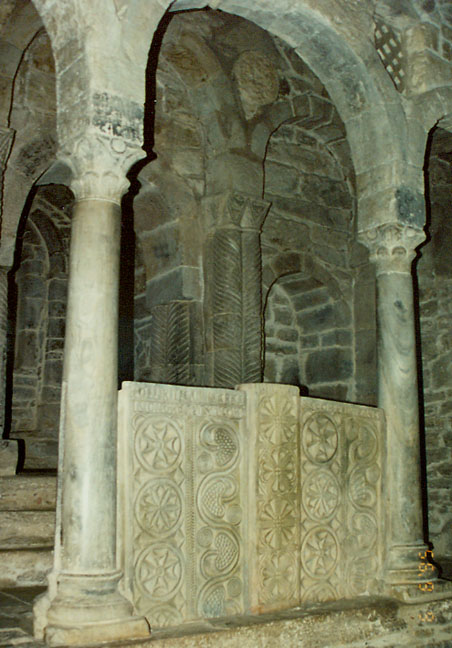 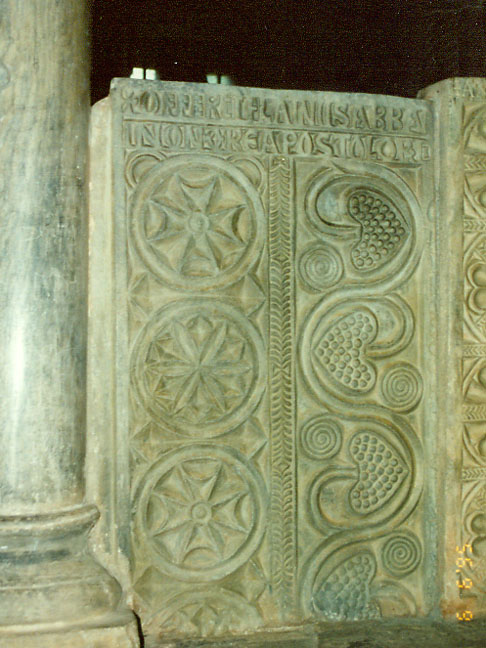 detail of the panel 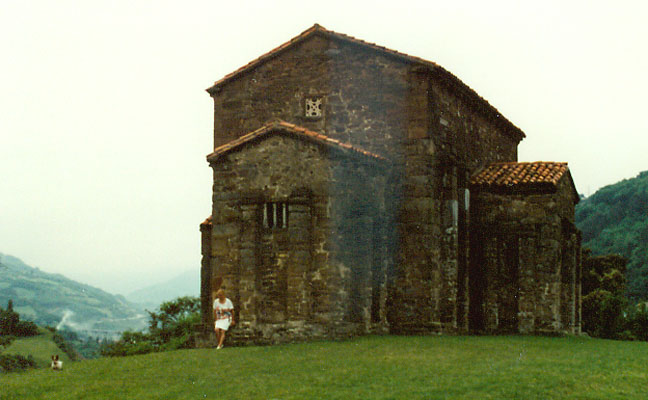 Routes where we can see hórreos (square raised granaries made of wood and standing on smooth stone legs with a tiled roof to keep food dry) or Nabob architecture (exotic mansions built by Asturias natives made good in the Americas) are just some of the many options. A branch of the Piligrim's Road to Santiago de Compostela, the so-called Northern Road, runs along the entire coast of Asturias, from Colombres to Tapia de Casariego. While Oviedo is also linked to León and Lugo. A tour which brings us closer to the culture of Asturias and its influence on the Piligrim's Road to Santiago de Compostela through its churches and pilgrims' hospitals. 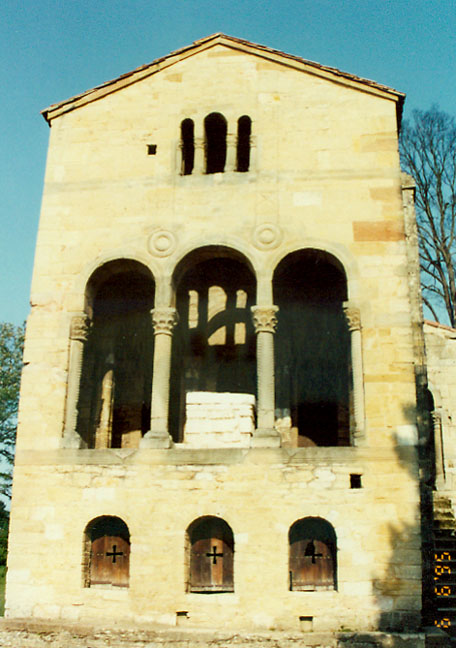 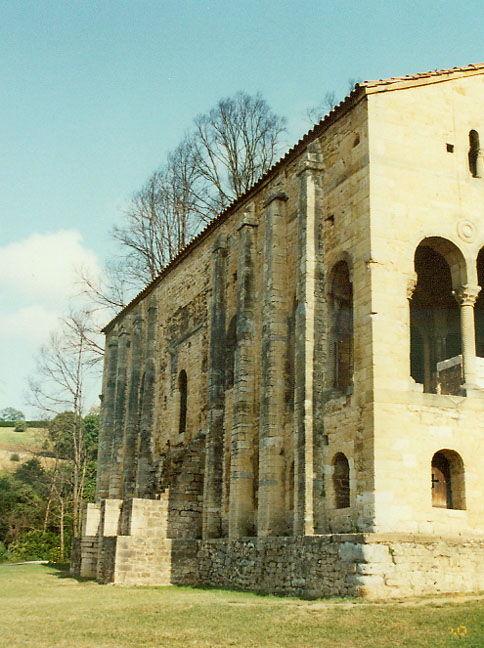 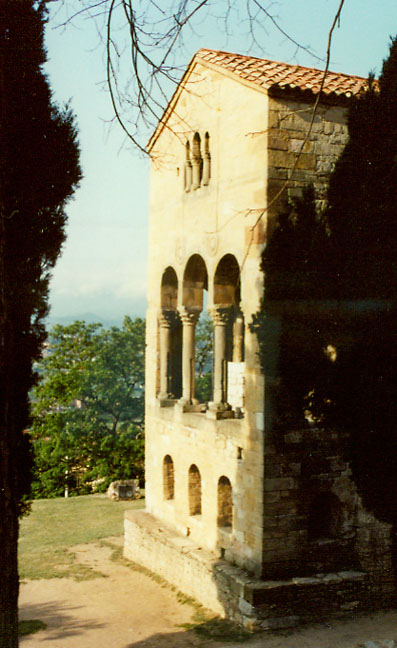 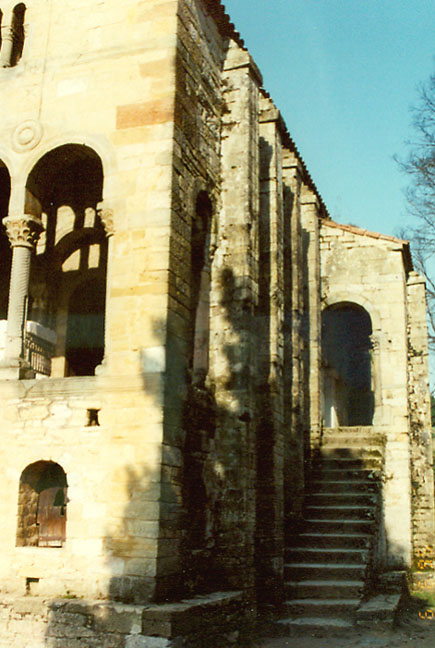 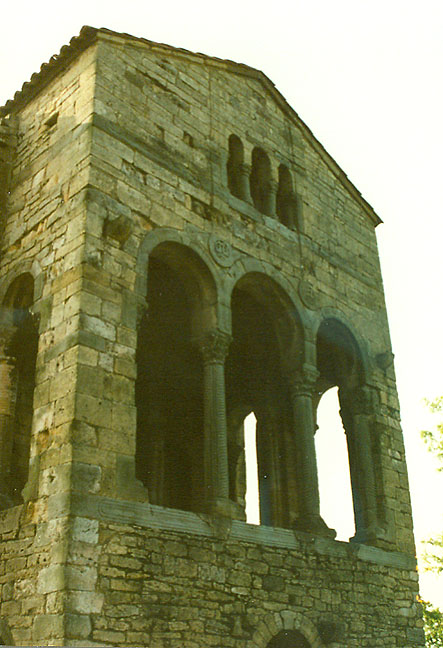 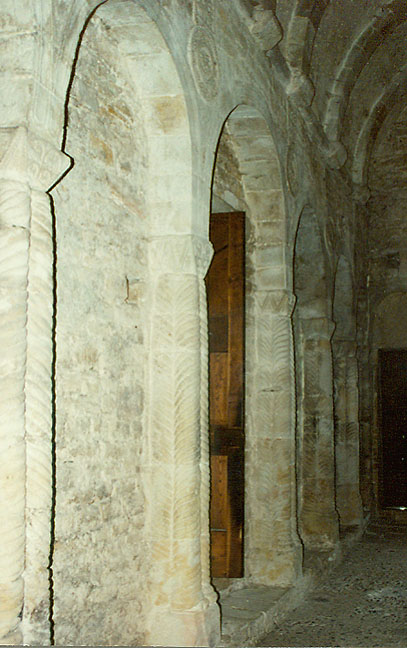 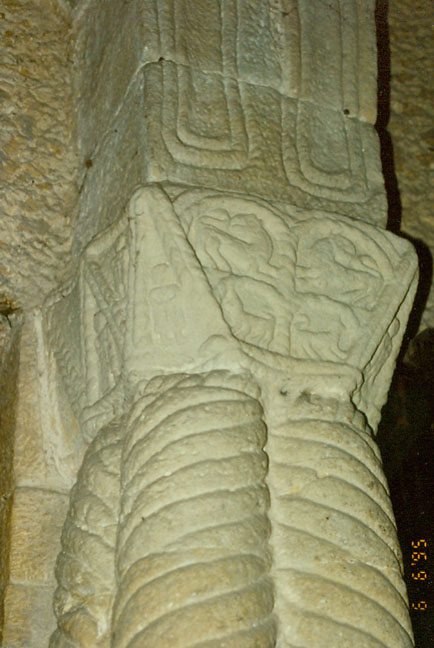 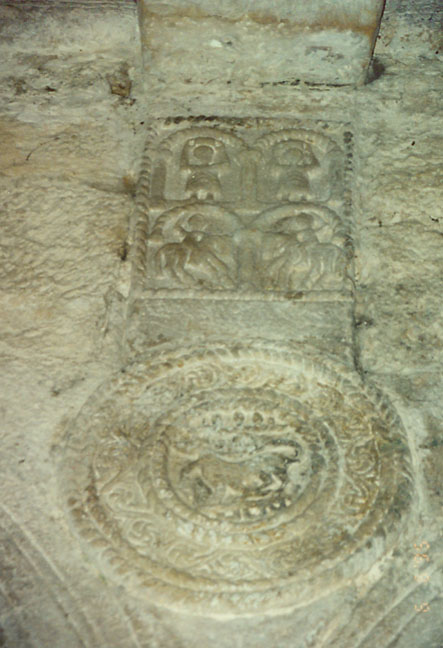 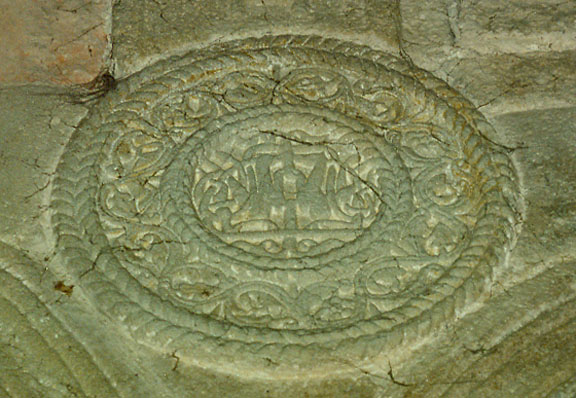 The Cider Route, focusing on the region's emblematic drink, covers an area in which apple trees flood the landscape, where we can visit factories, lagares (the presses for extracting the juice from the apples) and the Nava Cider Museum. Those interested in the mining industry of Asturias can tour the Nalón and Caudal vallies for a closer look at the unusual industrial landscapes. The Mining Museum is in El Entrego, where the visitor can see the reconstruction of a mine. Mieres also has also been marked by mining. Nearby are the Sanctuary of the Mártires de Valdecuna and, in Pola de Lena, the pre-Romanesque church of Santa Cristina, a gem of Asturian art. 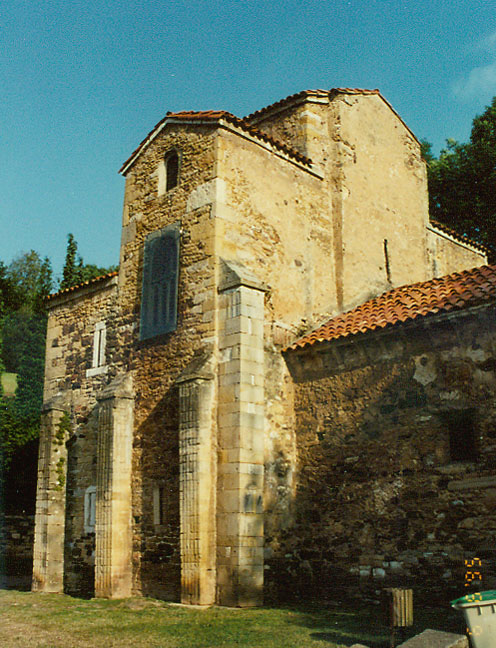 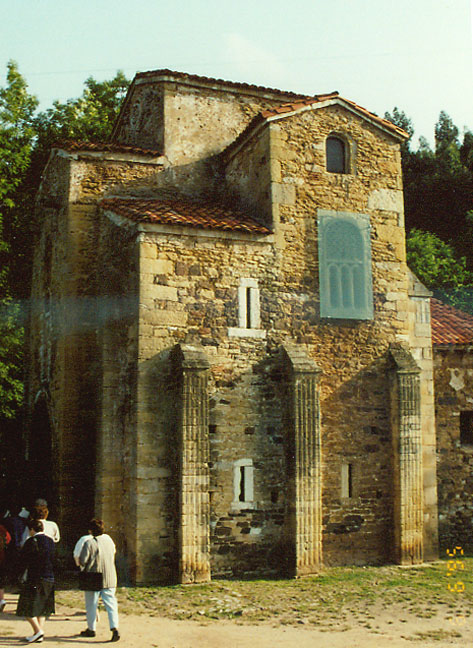 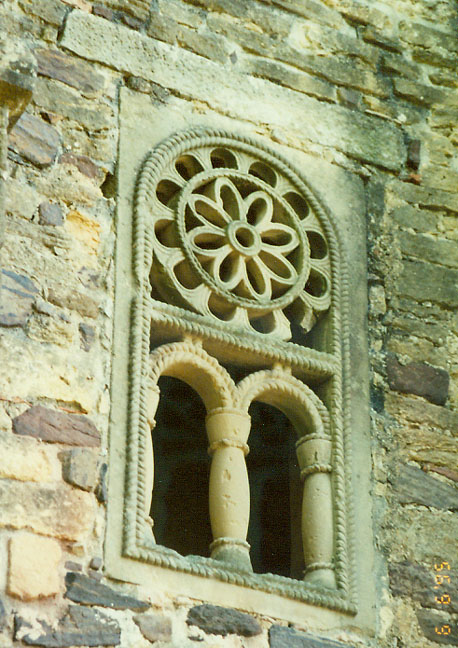 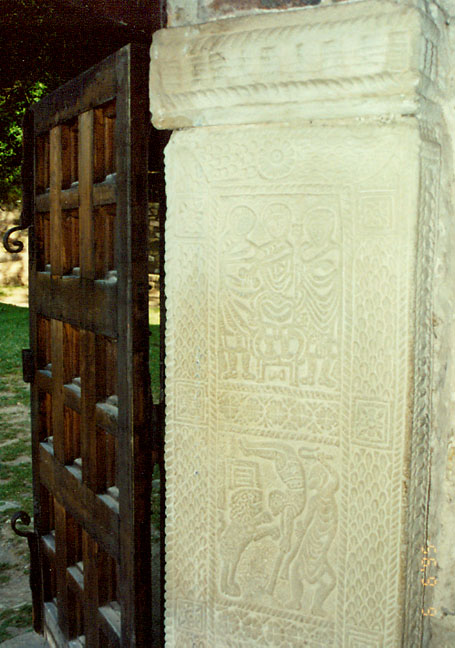 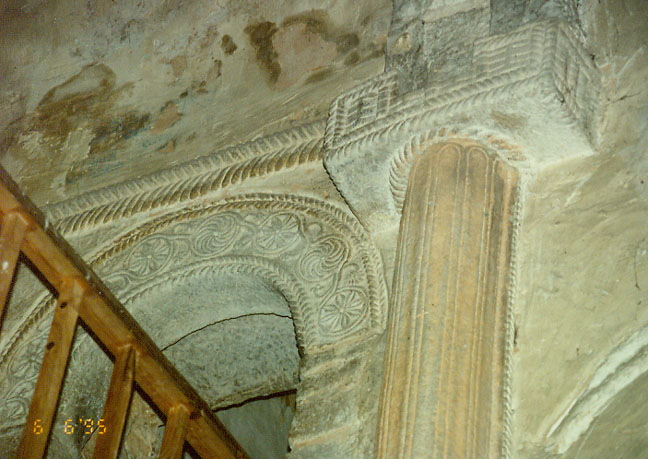 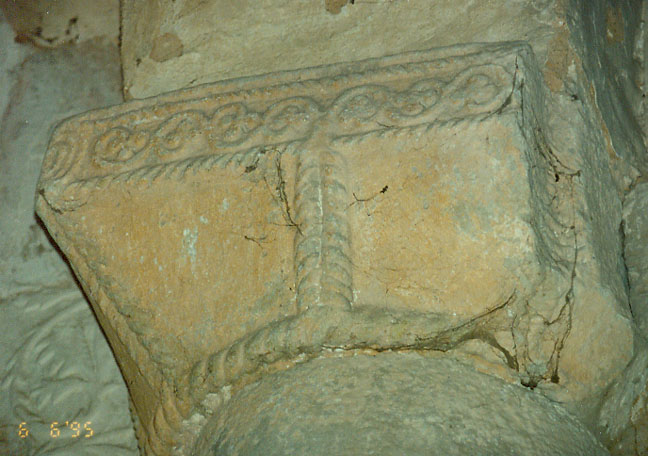 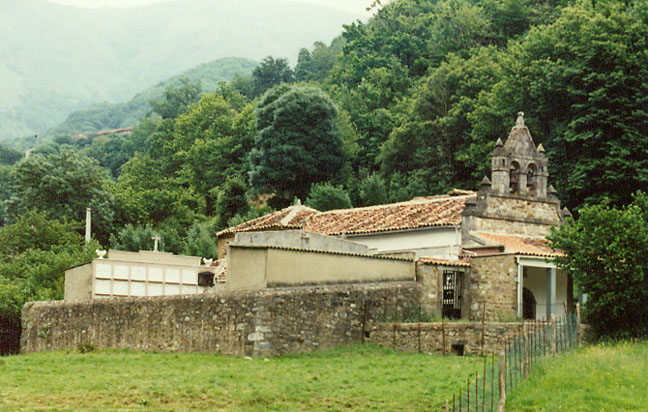 a country church and grave location