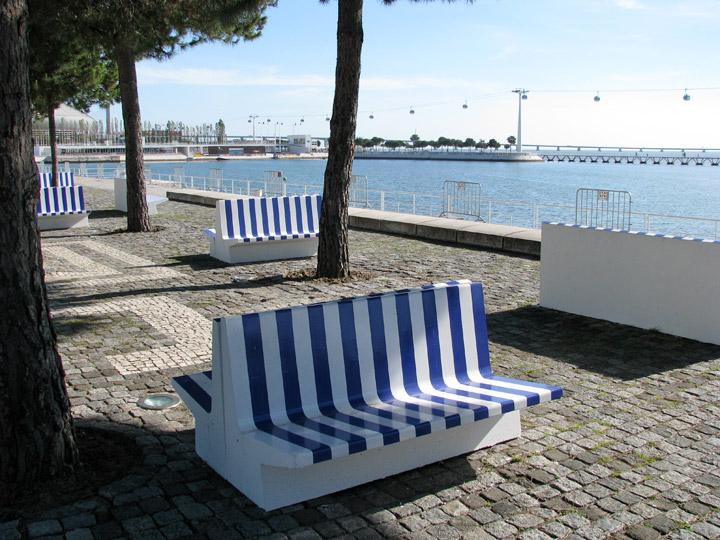 Expo '98 (in full, 1998 Lisbon World Exposition) was an official specialized World's Fair held in Lisbon, Portugal from May 22 to September 30, 1998. The theme of the fair was "The Oceans, a Heritage for the Future," chosen in part to commemorate 500 years of Portuguese discoveries. The Expo received around 11 million visitors in 132 days. 155 countries and organizations were represented. 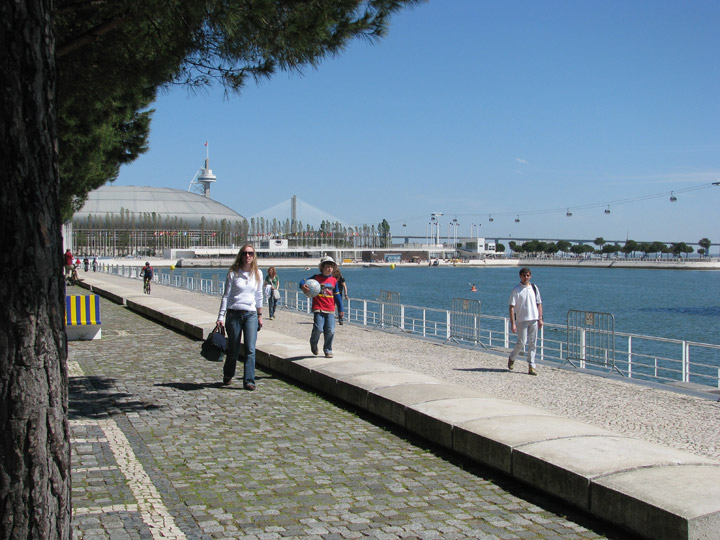 The idea to organize a World's Fair in Portugal originated in 1989 between two Portuguese - António Mega Ferreira and Vasco Graça Moura - who were in charge of organizing the commemoration of the coming 500th anniversary of Vasco da Gama's arrival in India in 1498. 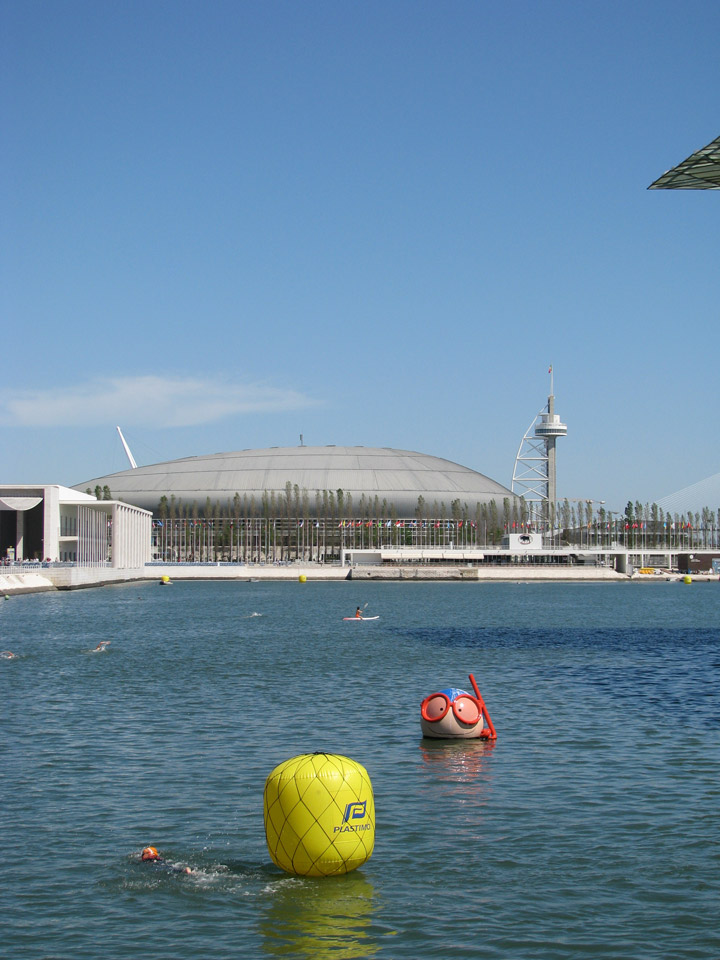 Once Government support was obtained, Ferreira led the bid to the Bureau of International Expositions, which in 1992 declared Lisbon the winner, against the other contender Toronto, Canada. State company Parque Expo was formed to make the Fair a self-sustained event, with revenue coming from admission tickets and, especially, sales of real estate and parcel lots at the Expo's emplacement. 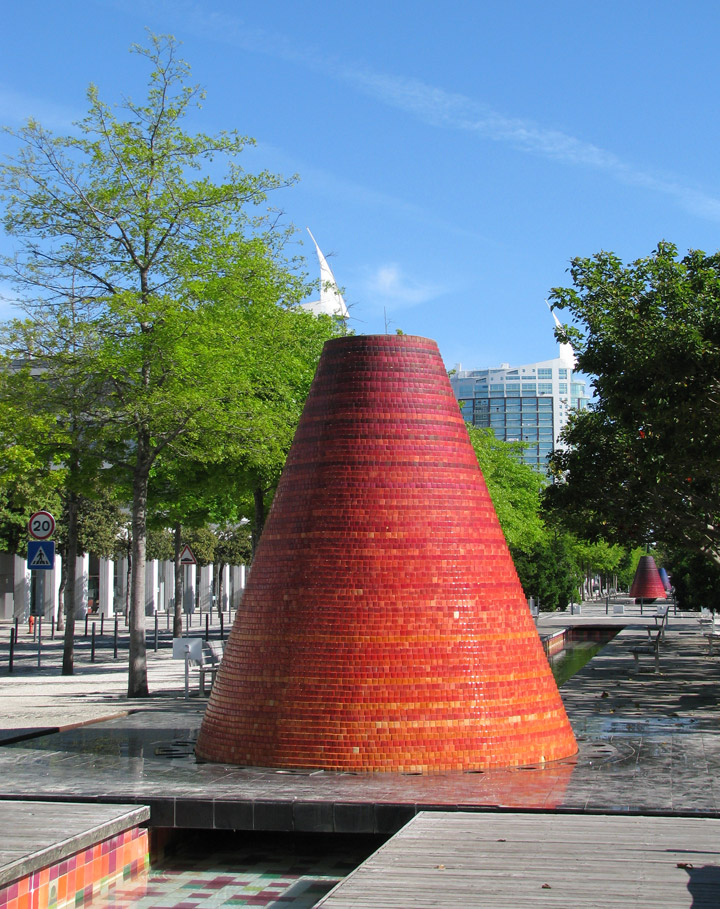 The first Commissioner of Expo '98 (and Parque Expo's CEO) was António Cardoso e Cunha. He was replaced in 1997 by José Torres Campos, after a general election changed the governing party. 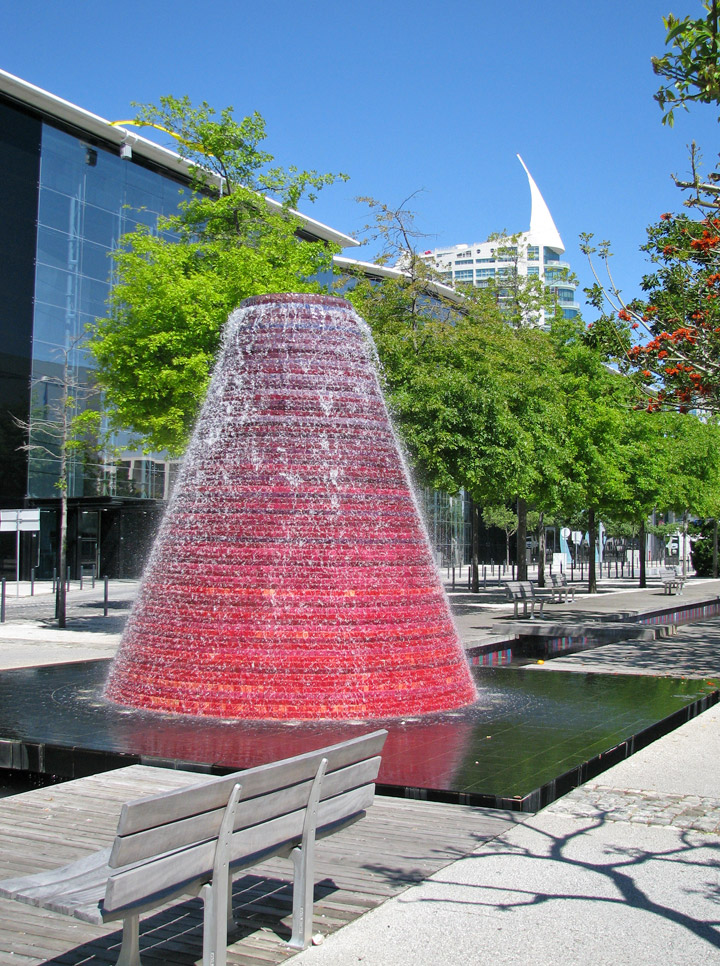 after the water was turned on

The area chosen for the Expo '98 was a 5 km (3.5 mile)-wide strip covering 50 hectares at Lisbon's east end alongside the Tagus river. 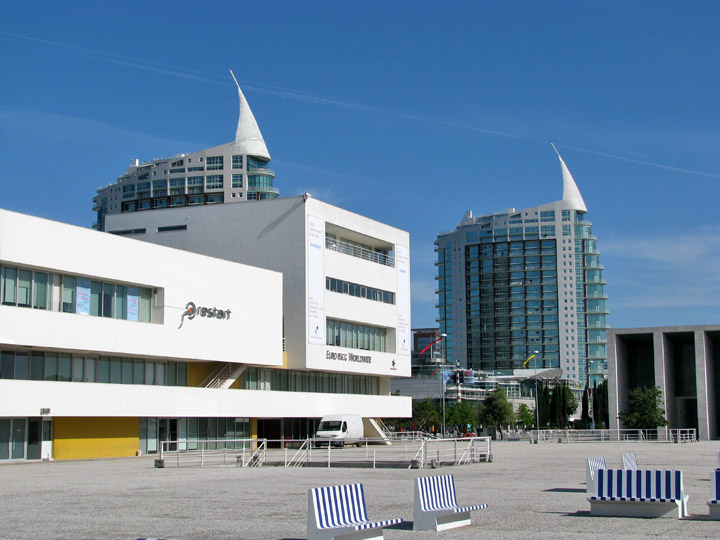 Expo '98 was fully built from scratch. Every building was pre-sold for after-Expo repurposing thus ensuring that, after the Expo closed, the site would not be left semi-abandoned, as had happened with previous expos, particularly Seville Expo '92 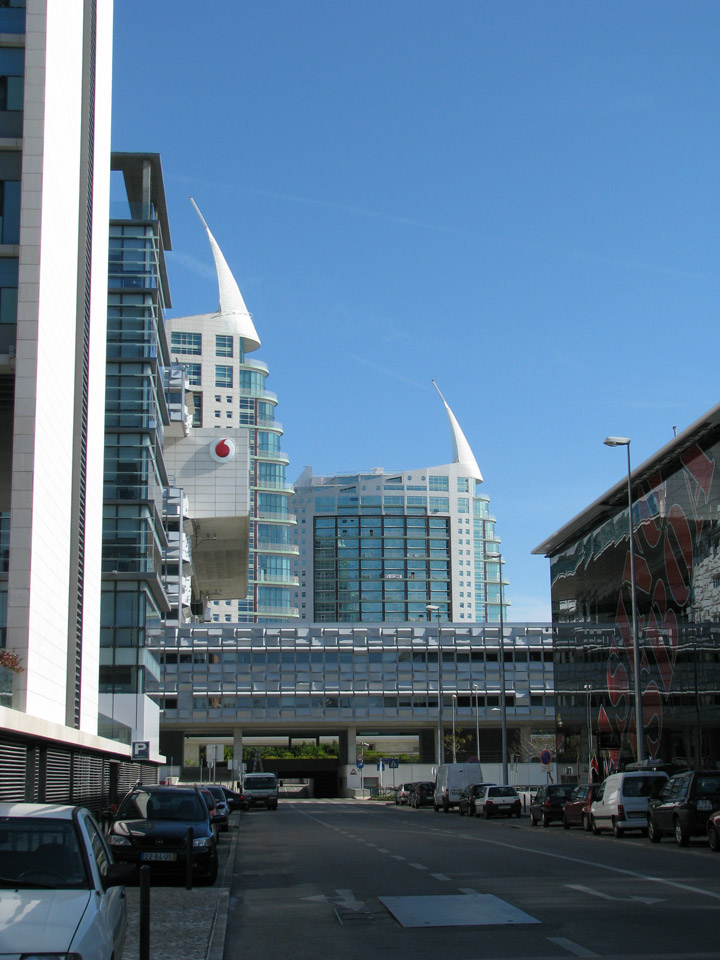 To support the expected flux of visitors, an extensive access program was devised, including:

* a new bridge across the river, the Vasco da Gama Bridge (the longest in Europe)
* a new line of the Lisbon Metro, with seven stations (five of which were ready for opening day)
* a new main multi-modal terminal, featuring trains, metro, buses, and taxis, called Gare do Oriente, architect Santiago Calatrava. 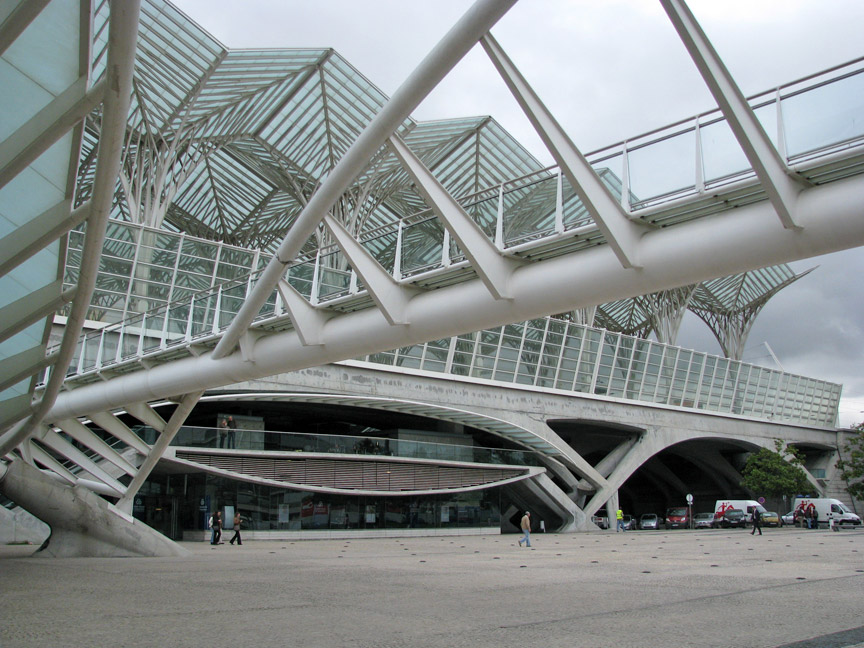 More Photos of Gare do Oriente

Expo '98 opened on May 22, 1998 with 141 countries and 14 international organizations featured in individual pavilions. Almost every exhibitor respected the Expo's theme "The Oceans: A Heritage for the Future". 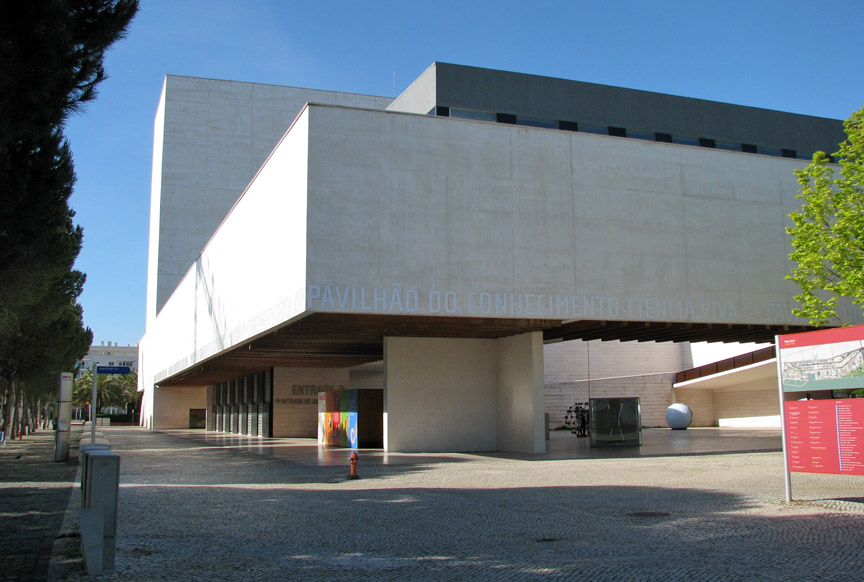 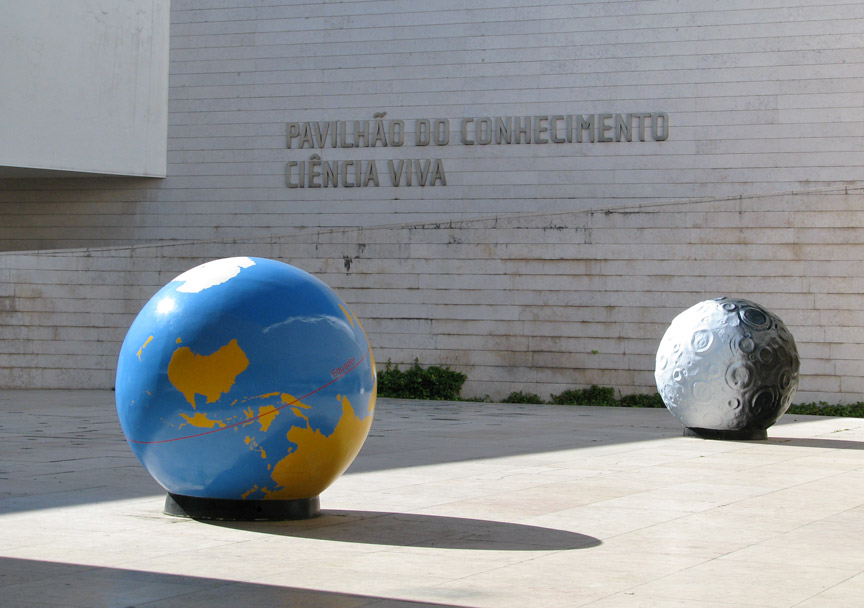 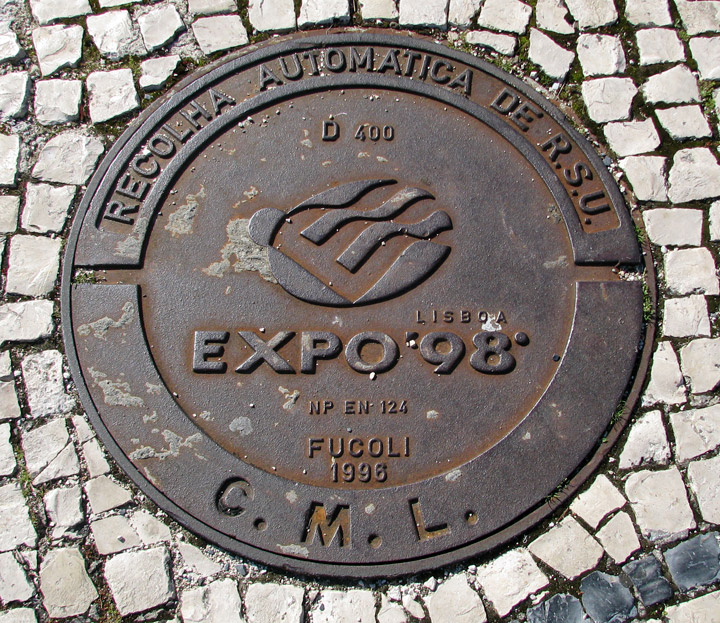 There were 5,000 musical and theatrical shows, both open-air and indoors, on a total of 14 fixed stages. 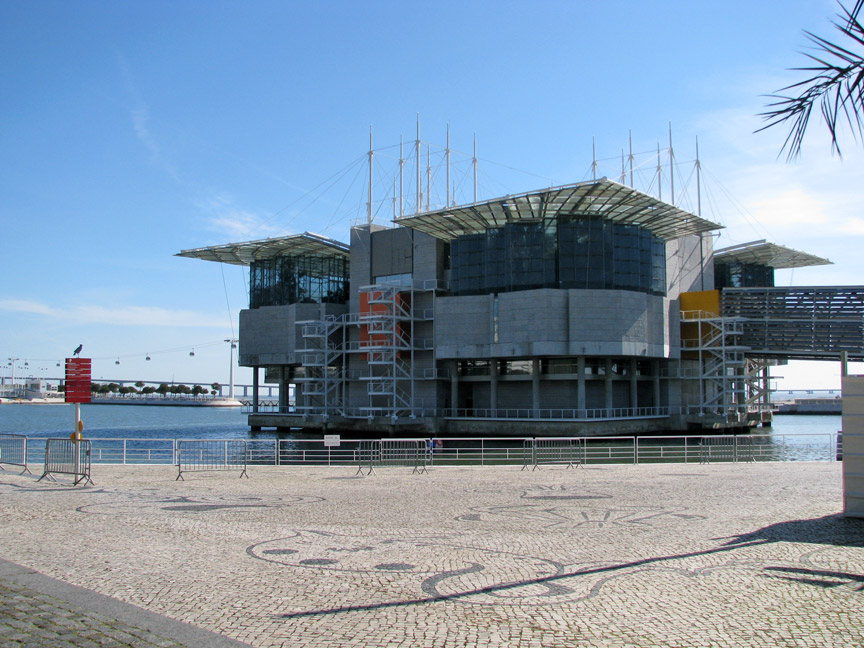 More Photos of the Oceanarium

The Oceans Pavilion, built to be the Lisbon Oceanarium after the Expo closed, had the longest lines. Other popular pavilions, with lines of up to five hours on busier days, included Portugal (architecture by Álvaro Siza Vieira), Spain, Sweden, Germany, and Virtual Reality. 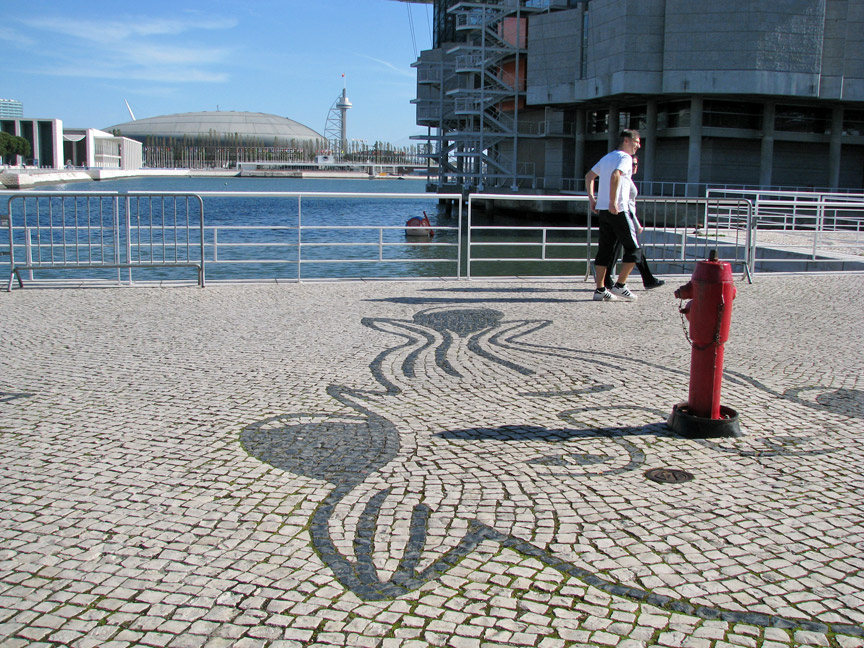 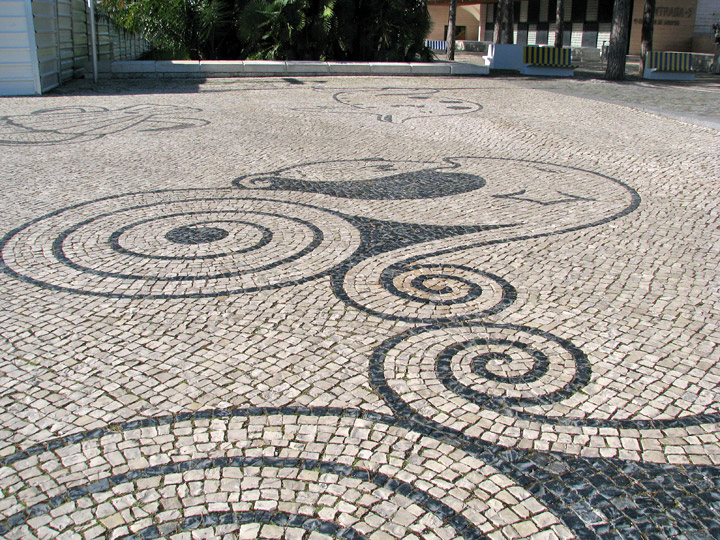 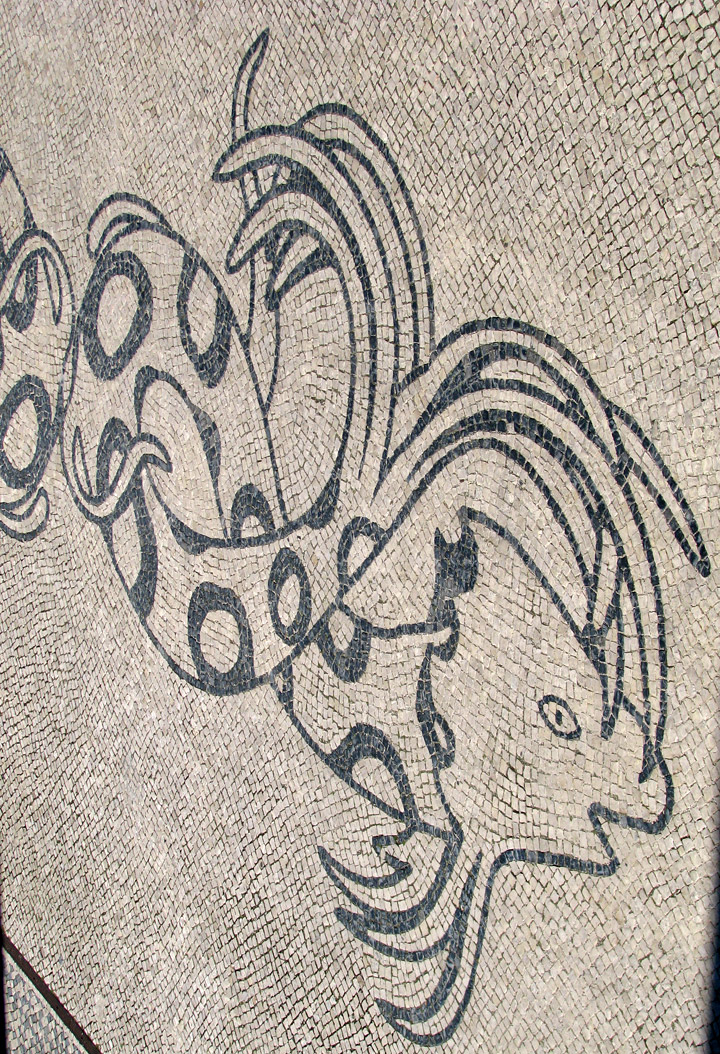 The Expo logo symbolizes the Sea and the Sun. It was conceived by Portuguese Augusto Tavares Dias, creative director in an advertising agency, and selected from 1,288 entries. 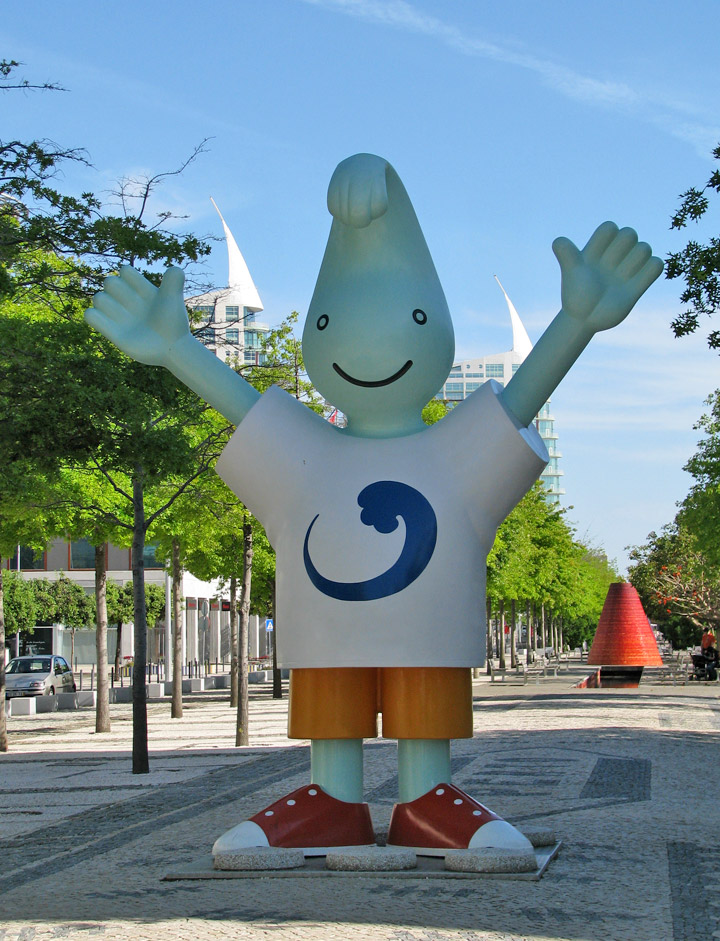 The Expo mascot was conceived by the Portuguese duo of painter António Modesto and sculptor Artur Moreira. It was selected from 309 entries. It is named Gil, after Portuguese navigator Gil Eanes. The name was chosen by high-school student José Luís Coelho, from 765 entries. 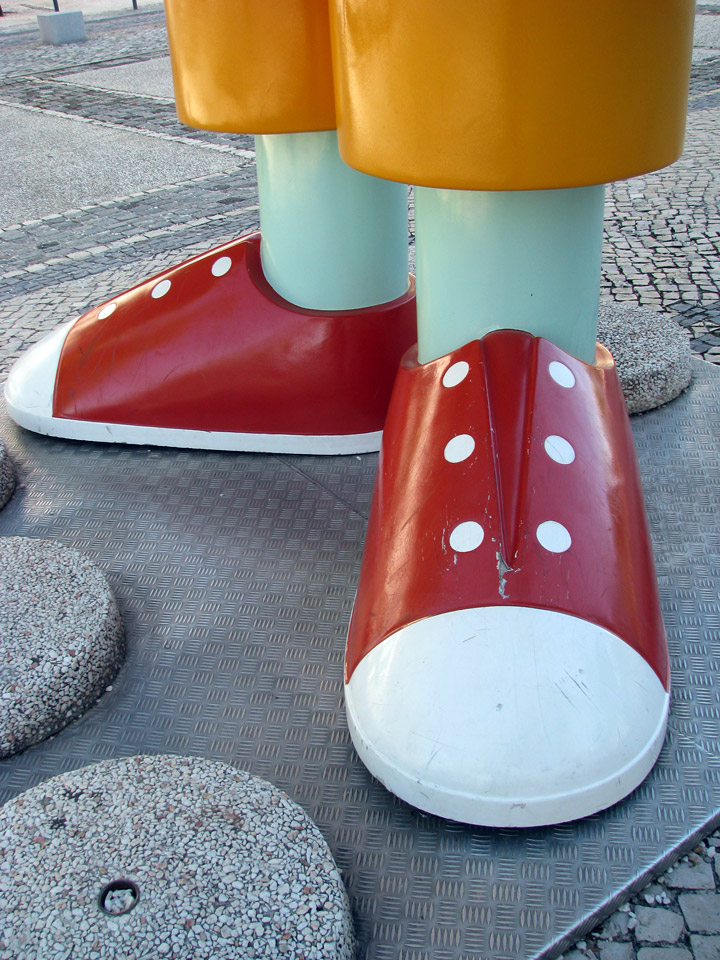 Expo '98 closed its doors on September 30, 1998. The site remained closed until February 1999, when it reopened as "Parque das Nações" (Park of the Nations), a free-access park, keeping the gardens, Oceanarium (Europe's then largest aquarium), observation tower, funicular, and the Virtual Reality pavilion. 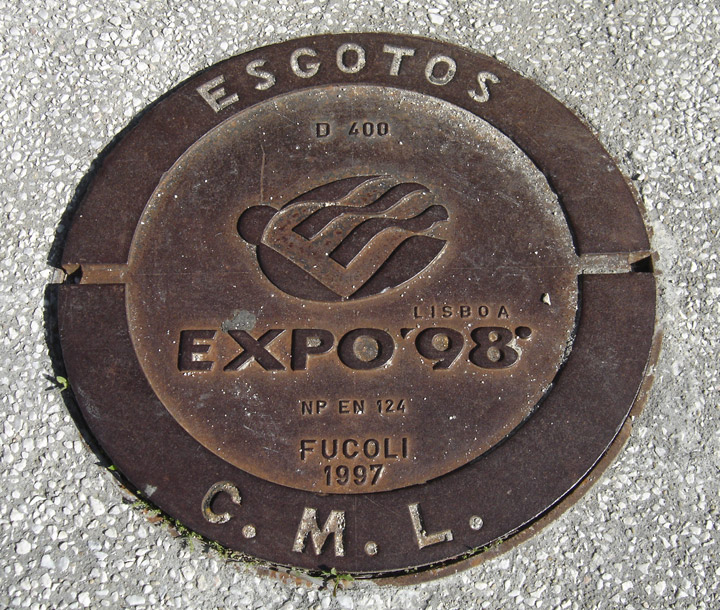 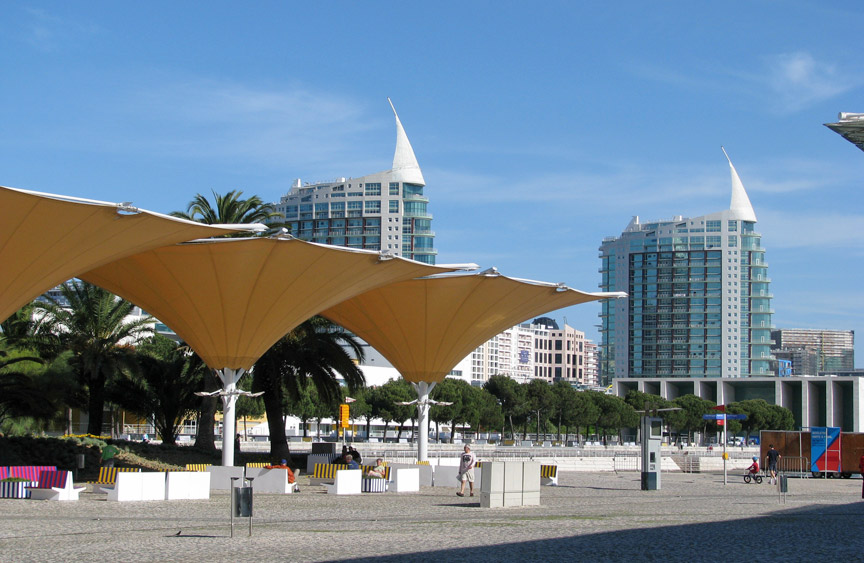 Within Parque das Nações, every other building or vacant parcel lot was sold for office or living space, to offset the Expo's costs. The Virtual Reality Pavilion is currently scheduled for demolition. 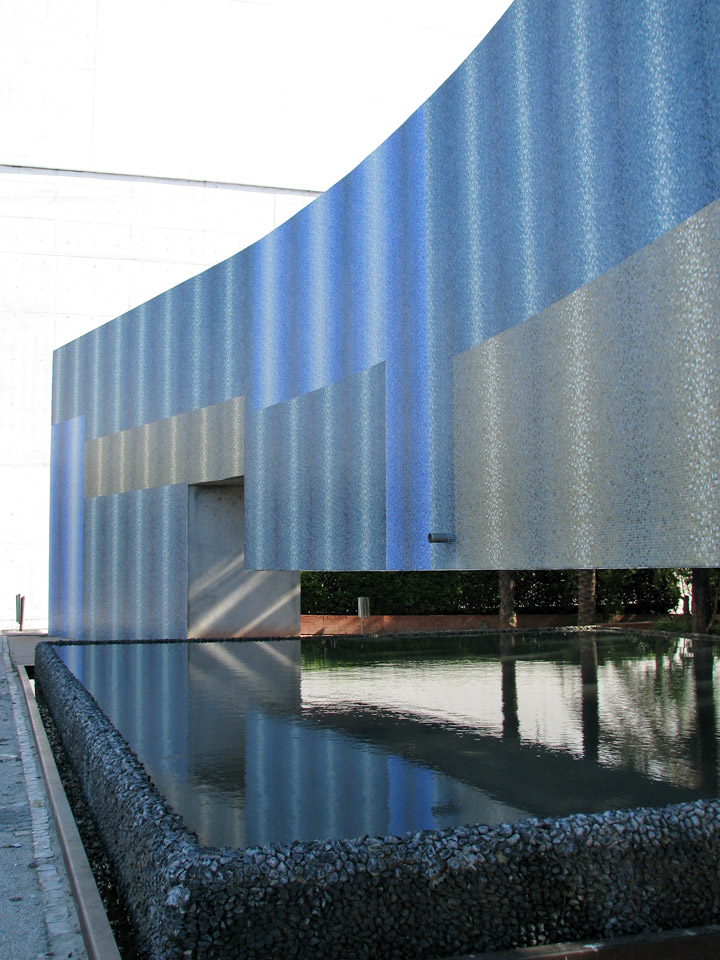 The area today is thriving, modern, stylish, and safe, attracting 18 million tourists a year to its gardens, museums, commercial areas and modern buildings. It has also become permanent residency for up to 25,000 people and one of Lisbon's premier business centers, with many multinational corporations basing their headquarters in its main avenue. 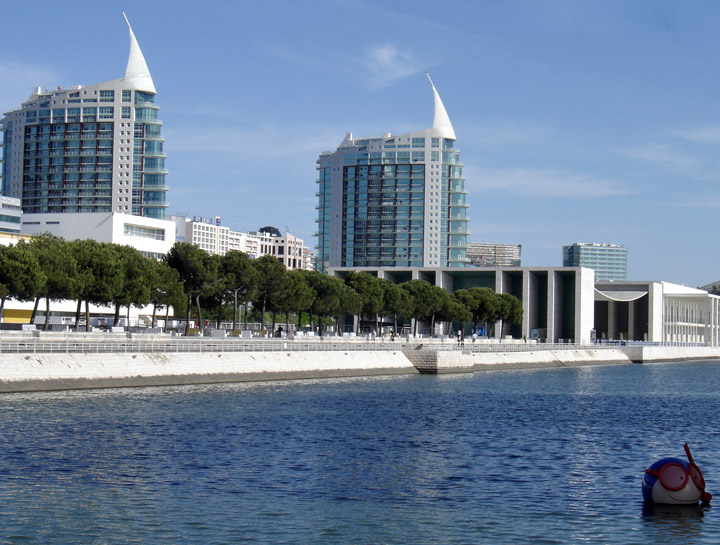 Parque Expo has lived beyond Expo '98, not just being still the manager of Parque das Nações but, having acquired the know-how in urban conversion and planning, sells its advising and consultancy services to other cities around the world. 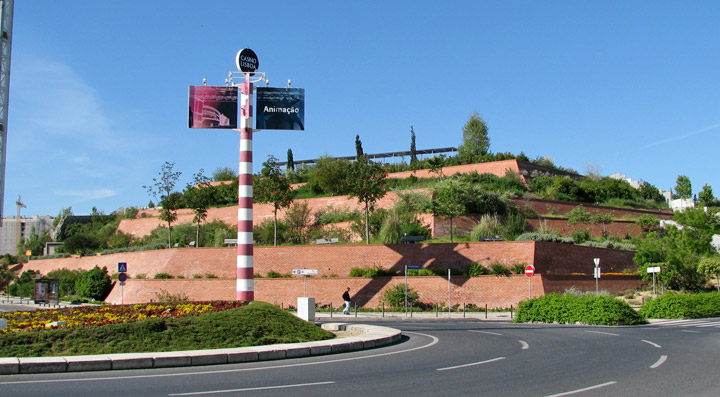