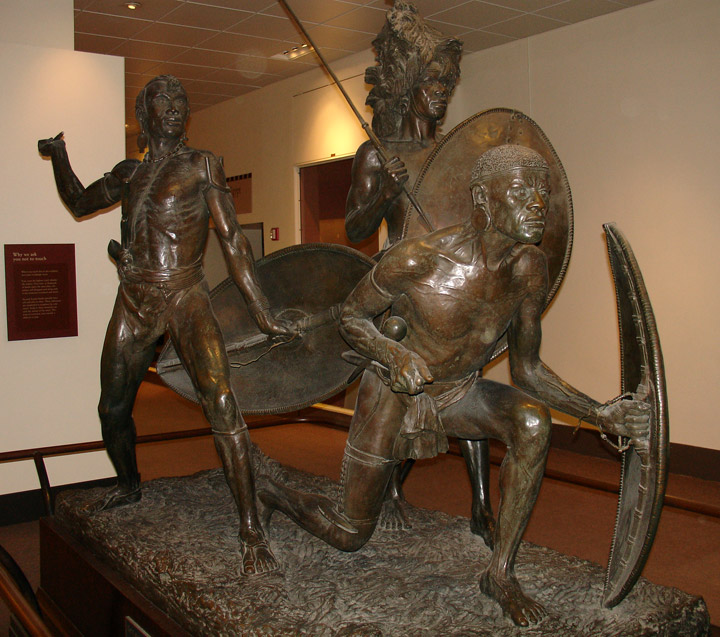 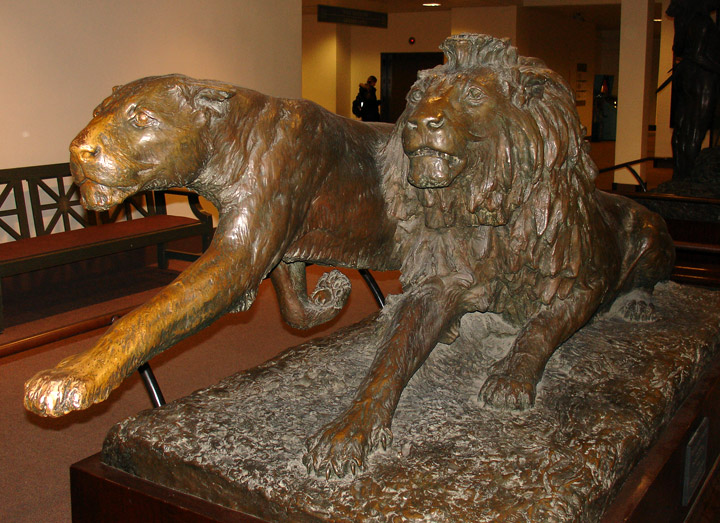 Carl Ethan Akeley  American naturalist and explorer who developed the taxidermic method for mounting museum displays to show animals in their natural surroundings. His method of applying skin on a finely molded replica of the body of the animal gave results of unprecedented realism and elevated taxidermy from a craft to an art. His modeling led to sculpture, and he executed notable pieces showing elephants, lions, and lion spearers. Akeley's goal was to create a panorama of Africa and its big game in American museums. 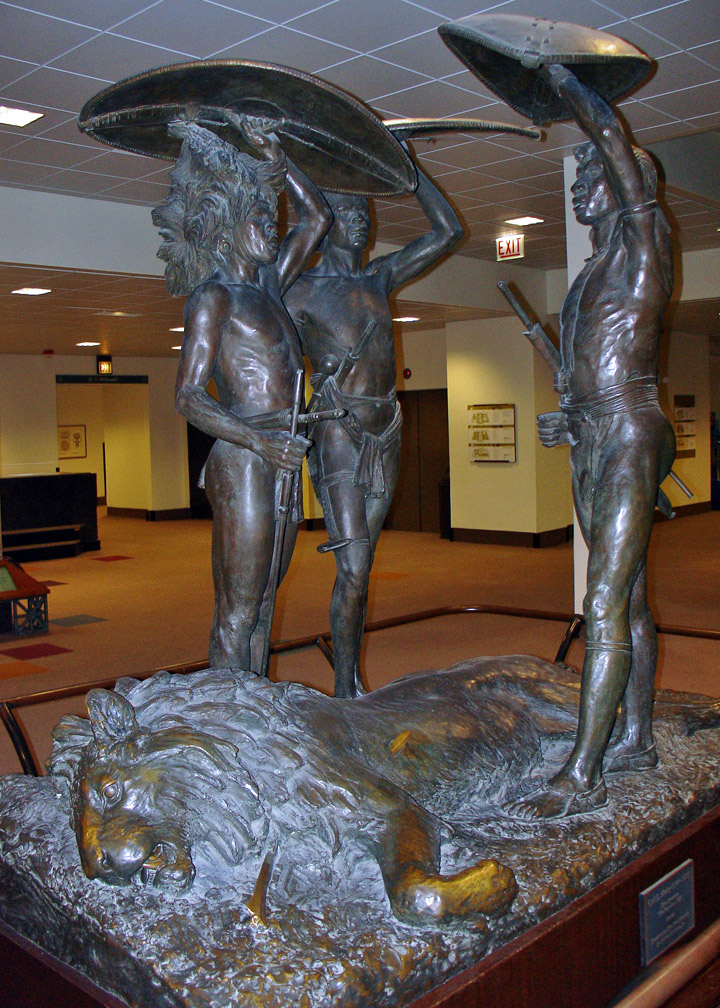 victory over the lion

At age 19 he became an apprentice at Ward's Natural Science Establishment in Rochester, N.Y., and during his associations with the Field Museum of Natural History in Chicago (1895–1909) and the American Museum of Natural History in New York City (1909–26) he made five trips to Africa to study, hunt, and collect big game. In 1923 his book In Brightest Africa appeared. He died during his last expedition and was buried on Mount Mikeno in Albert National Park (now Virunga National Park, Congo [Kinshasa]), the first wildlife sanctuary in central Africa, which he had helped establish. His inventions include the Akeley cement gun, used in mounting animals, and the Akeley camera, a motion-picture camera adapted for use by naturalists, with which Akeley made the first motion pictures of gorillas in their natural habitat.

Akeley's second wife, Mary Lee Jobe Akeley (1886–1966), was well known as an explorer and naturalist before her marriage (1924). Upon her husband's death she remained in Africa in charge of the expedition. She was named his successor as adviser to the American Museum of Natural History, at which the Akeley African Hall was named in their honor. 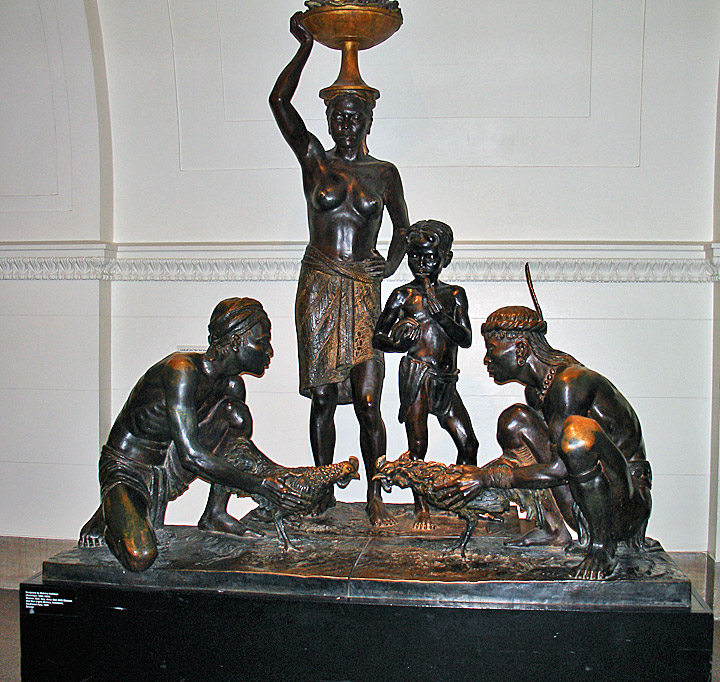 Malvina Hoffman was born in New York City, the daughter of concert pianist Richard Hoffman. She gravitated towards sculpture at an early age and by the age of 14 was taking classes at the Art Students League of New York. She later received help from the sculptors Herbert Adams, George Grey Barnard and Gutzon Borglum, a friend of her family. Another family friend, Alexander Phimister Proctor, allowed her the use of his MacDougal Alley studio for a summer.

In 1910 she moved to Paris and eventually was accepted as a student by Rodin. He convinced her to return to New York and spend a year dissecting bodies at the College of Physicians and Surgeons. The education she received there was to pay off when she embarked on her ambitious project to sculpt the Races of Mankind. While working for the Red Cross during and after World War I she traveled to Yugoslavia where she first met sculptor Ivan Mestrovic with whom she was to study a decade later.

In 1930 she began working for the Field Museum of Natural History in Chicago, Illinois, sculpting life-sized statues of the various races and eventually completed 105 heads and full-length figures. These were initially set up in the Hall of Man and the stories of her trip to track down the various models for the races form the basis of her first book, "Heads and Tales". During the turbulent 1960s such a presentation of the races was deemed to be racist and the collection was dispersed around the museum, much of it, unfortunately, being relegated to storage. 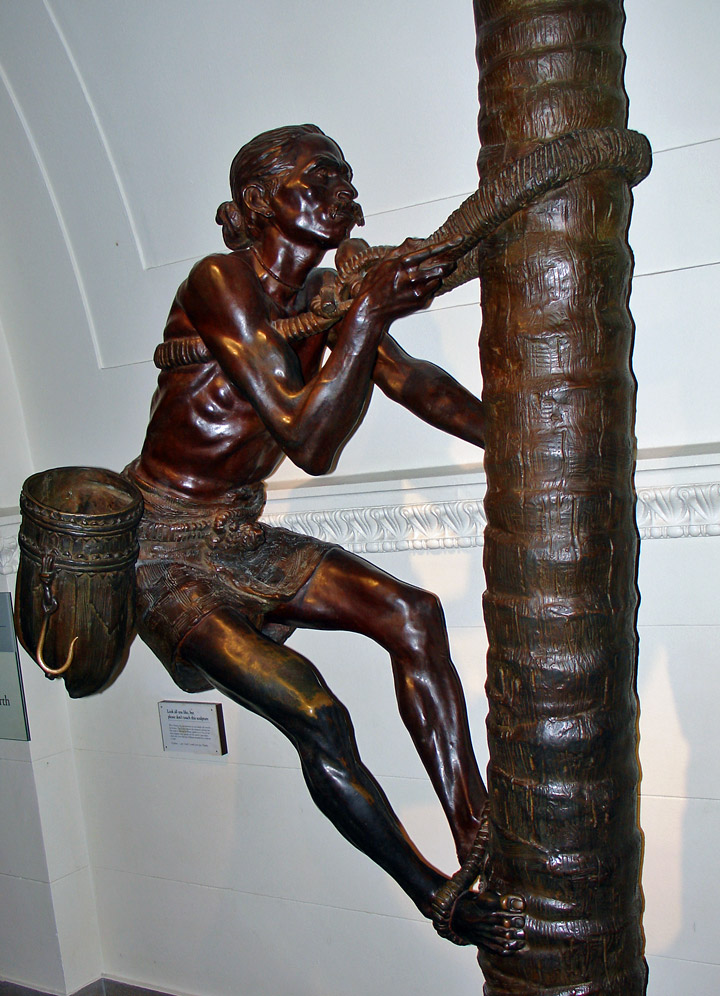 Following World War II, Hoffman was chosen to execute sculpture for the Epinal American Cemetery and Memorial near Vosges, France. This marks the site of bloody fighting that took place in December 1944 in what became known as the "Battle of the Bulge." It is likely that Hoffman was picked to do this because of the very active role she had played in the Red Cross during both WWI and WWII and it is also perhaps symbolically meaningful because the Germans destroyed several of her works that were located in Paris during their occupation.

Throughout her career dancers fascinated Hoffman and they form the subject matter for several of her well-known pieces. Many of her works were portrait busts: both of significant persons of the time and of working class people that she came in contact with.

Malvina Hoffman died in her studio in New York City.