Pompeii: Stories from an Eruption 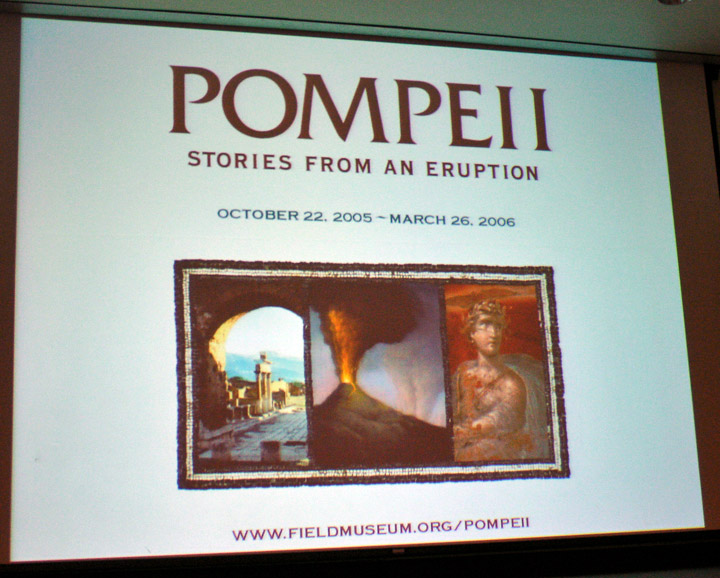 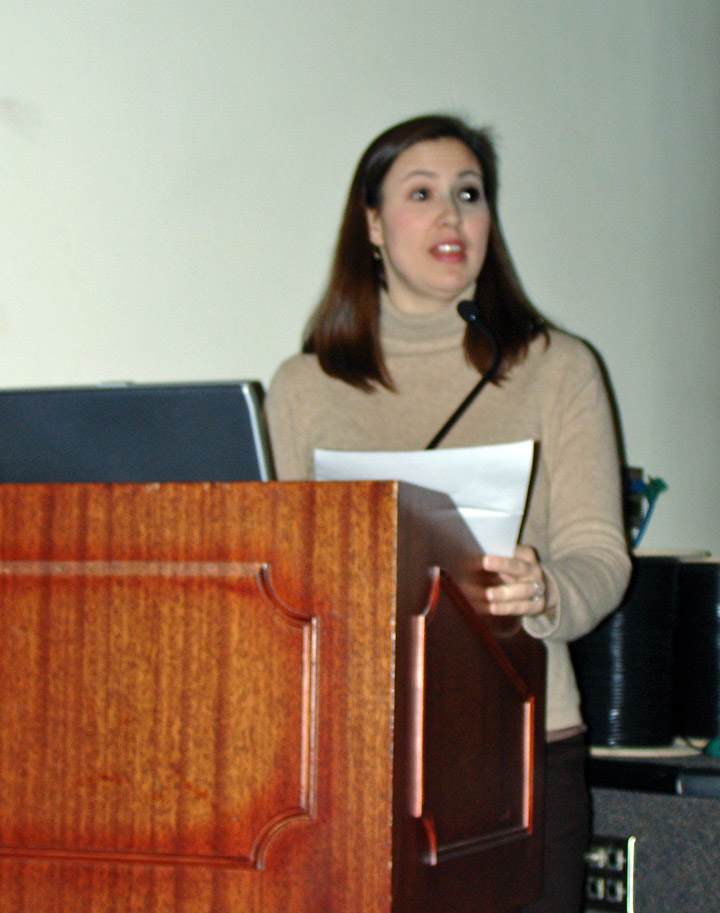 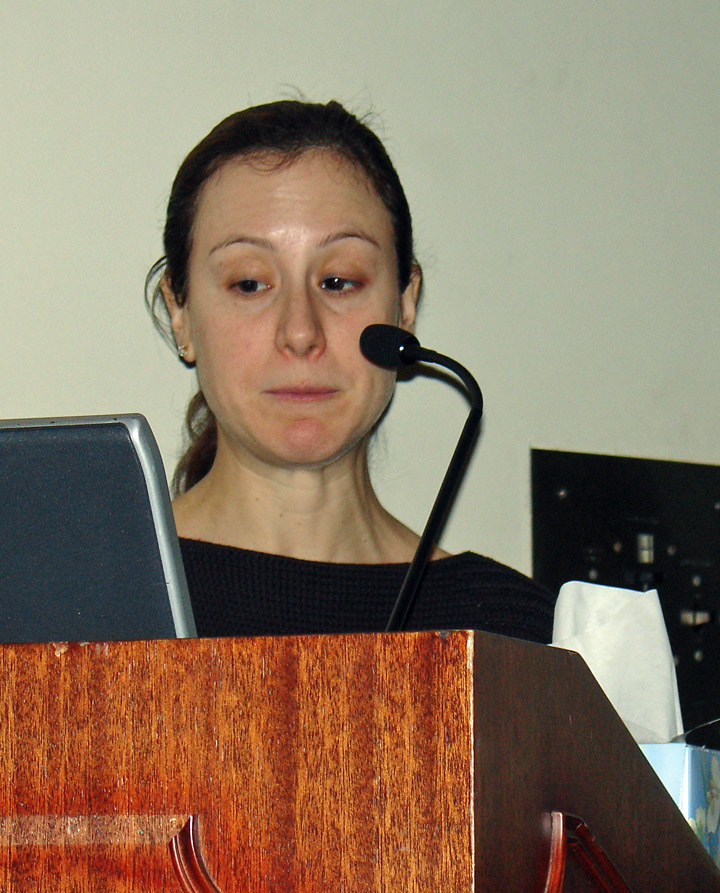 Francesca Madden told us about the exhibit

Pompeii may be the city most commonly linked to the eruption of Mount Vesuvius in AD 79, but the cataclysmic events of that year affected nearby towns just as violently: Herculaneum, Oplontis, and others. These towns were rich in architecture, advanced infrastructures, and exquisite works of art. The artifacts found there tell a vibrant story of an ancient Roman society, advanced in many ways, which simply disappeared. A generation after the eruption, Romans had gone back to their old way of life, and tales of Pompeii had become part of local folklore. Underneath their feet lay the remains of homes and families, works of art and animals, that were so suddenly smothered by Vesuvius.

Pliny the Younger’s accounts of the eruption, sent to the historian Tacitus, tell a grim but detailed tale of destruction. Together with archaeological and volcanological data gathered from the area, Pliny’s text has allowed scientists to reconstruct the events of this catastrophe. 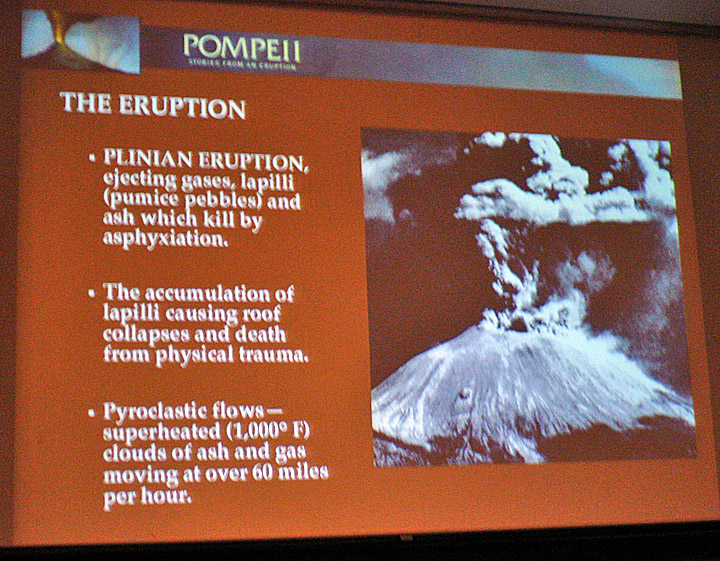 Beginning around noon on August 24, Vesuvius began its assault, and the streets of Pompeii and the surrounding region began accumulating lapilli, or small pieces of solidified lava. Residents of the towns began to flee—some further inland, and many towards the sea, which was too turbulent to navigate. By dawn of the following morning, the eruption had poured an avalanche of ash onto Herculaneum, Oplontis, and finally Pompeii. 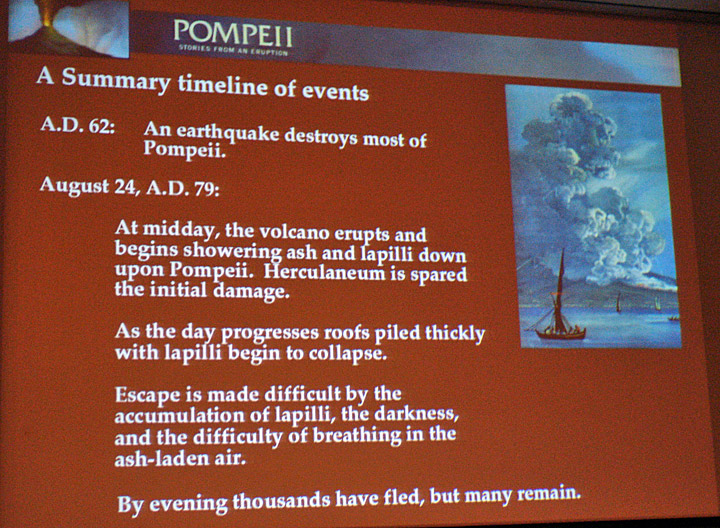 The tragedy that occurred in such a short period of time took the lives of thousands of people, but has given us a rare opportunity to see a moment in ancient Roman life frozen forever.

Because of the prolonged nature of the eruption, many fugitives had time to prepare for their flight. The remains of victims were found alongside many possessions they held dear to them and hoped to save in their flight from the ashes. These pieces proved extremely valuable in identifying the victims, and help us reconstruct details of daily life: doctors carried with them their surgical tools in hopes of helping others; the dominas, or women of the house, held their precious jewels and heirlooms; and slaves were found with iron rings around their ankles. But there is no certainty here—looters were abundant, and not even experts can be sure of the difference between the thief and the rightful owner. 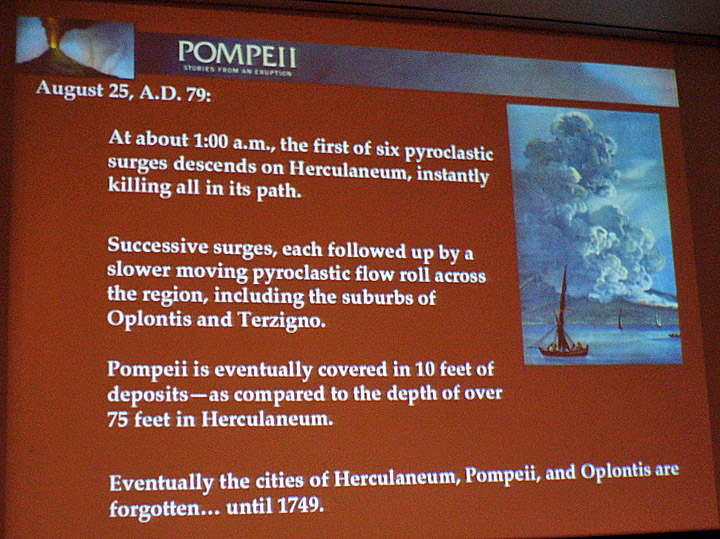 The artifacts found near human remains attest to the affluence of many of Pompeii's inhabitants. In AD 79 the Roman Empire was just a century old, and Herculaneum, just north of Pompeii, was a seaside resort for the Roman elite, perhaps even for Emperor Nero. Through the excavations of Pompeii in the last 200 years, archaeologists have been able to draw important conclusions about life during this time. Pompeii: Stories from an Eruption 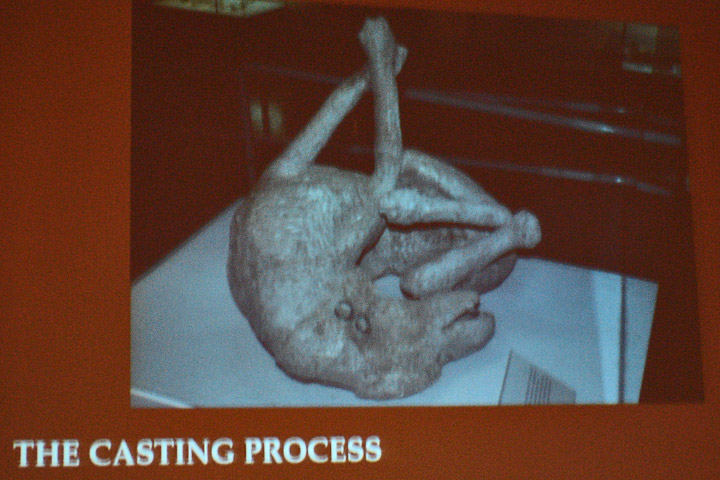 The owners of this dog unfortunately left him tied to a chain when they fled from the House of Orpheus. The dog, who managed to stay alive during the first phase of the eruption, was finally overwhelmed by the last surge on the morning of August 25. Casts made from human remains show real people caught as they fled with their most prized possessions.

Pompeii was considered a large city for the time, and even more cosmopolitan than Rome, which was several days’ journey from Pompeii. Because of Pompeii’s long and varied history of ownership, foreign influences—such as the practice of Egyptian religious rites and the use of Greek architecture—are evident everywhere in the city. It held administrative control over the neighboring suburbs, and was a center for trade in crops, wine, and olive oil. When Vesuvius erupted, much of Pompeii was still recovering from the great earthquake of AD 62, and evidence of massive reconstruction efforts were found during excavations.

Excavations as recent as 1999—during the expansion of the A3 autostrada, or highway—uncovered some of the finest frescoes yet found in the region. These frescoes, found in the House of the Triclinia in Moregine, cover the walls of all three triclinia (literally, three-sided dining rooms). The frescoes were meant to enhance the dining experience for guests, and some experts speculate that this particular site may have been a travelers’ stop for Emperor Nero himself. An assortment of muses lines the walls, among them: Euterpe, Muse of dance and tragic choruses; Clio, Muse of history; Calliope, Muse of lyric poetry; and others. 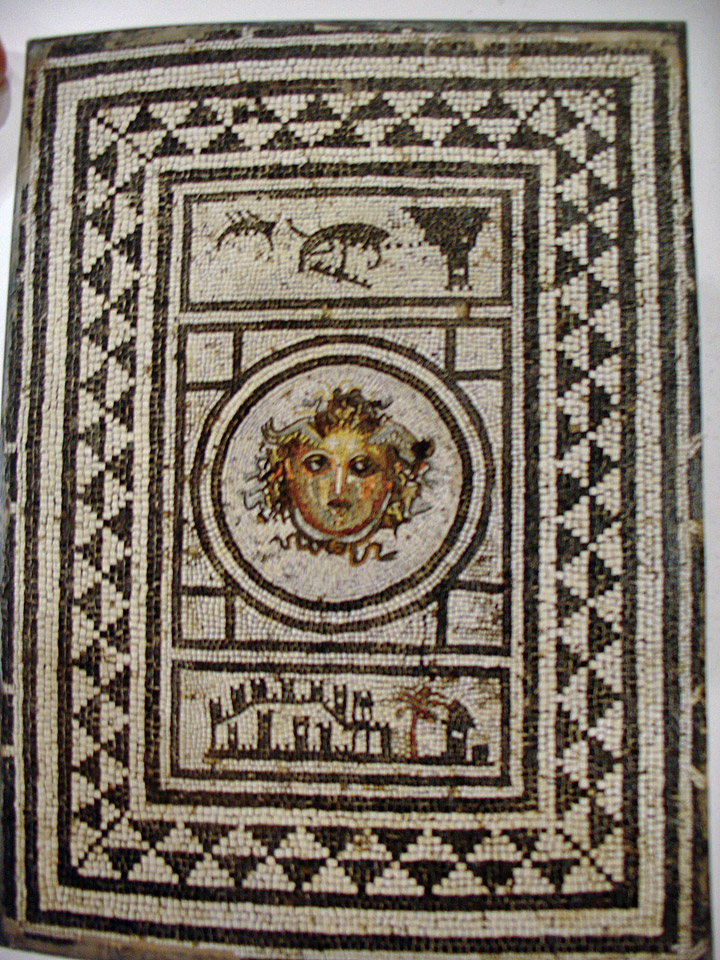 Mosaic found in the Pompeii excavation

After a Snack Lunch we were given a Tour 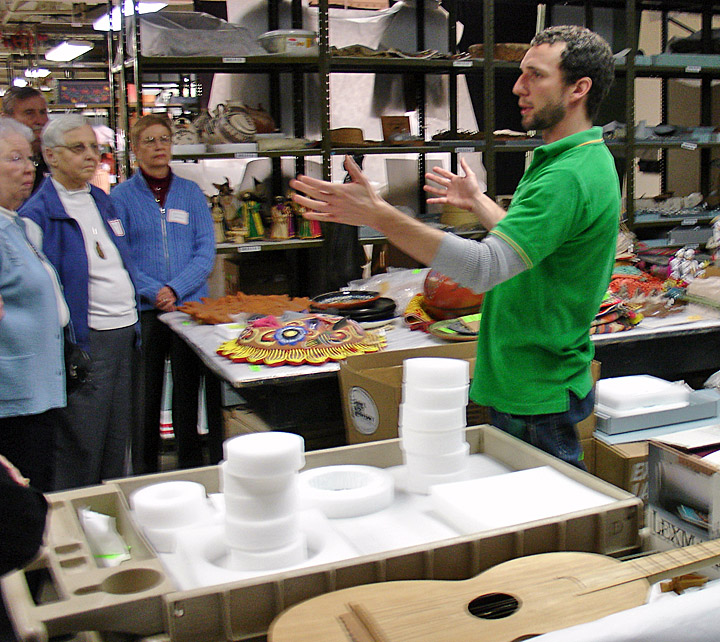 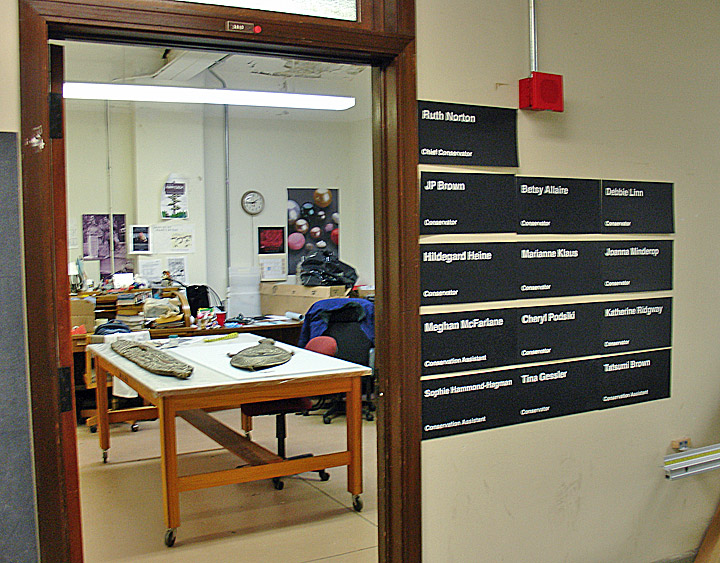 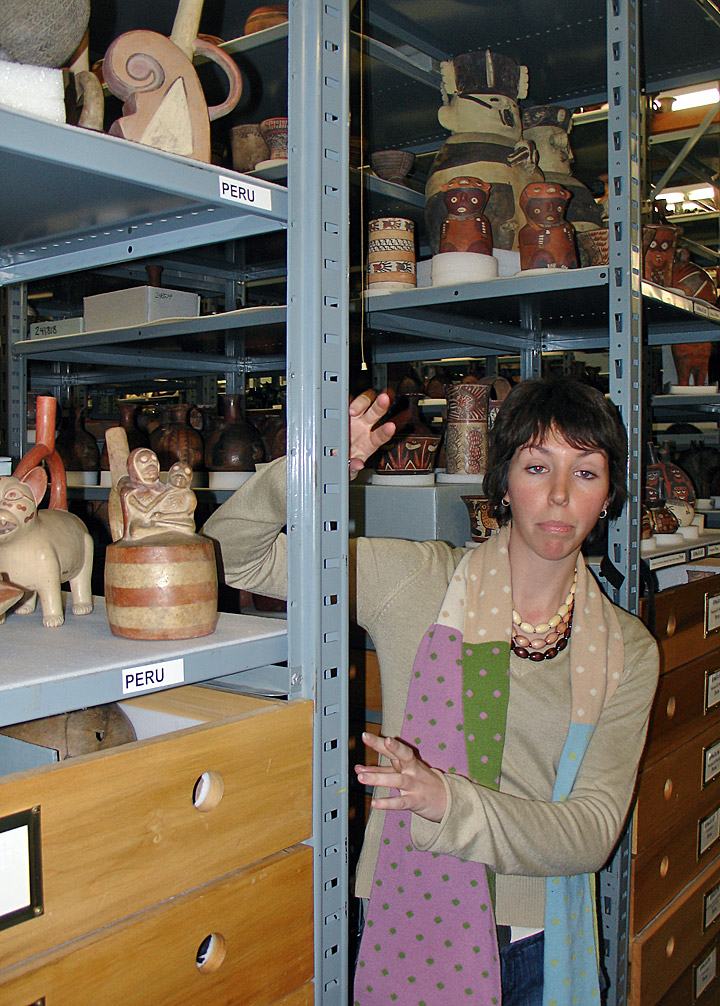 and were shown the Museum storage vaults

Other Photos from the Field Museum

Return to the Elderhostel page