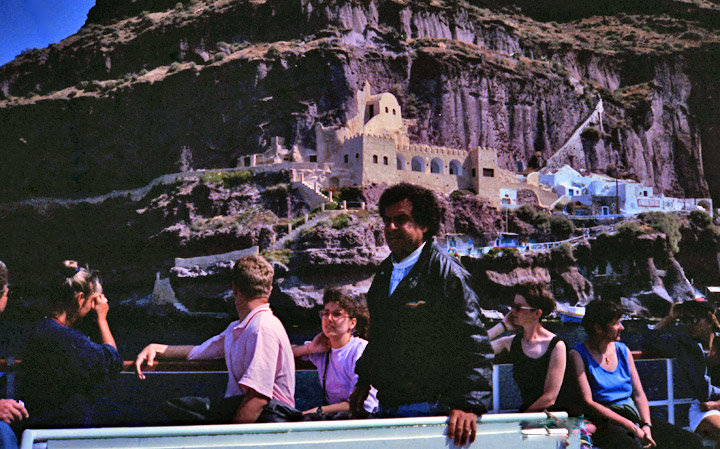 on the boat to the island 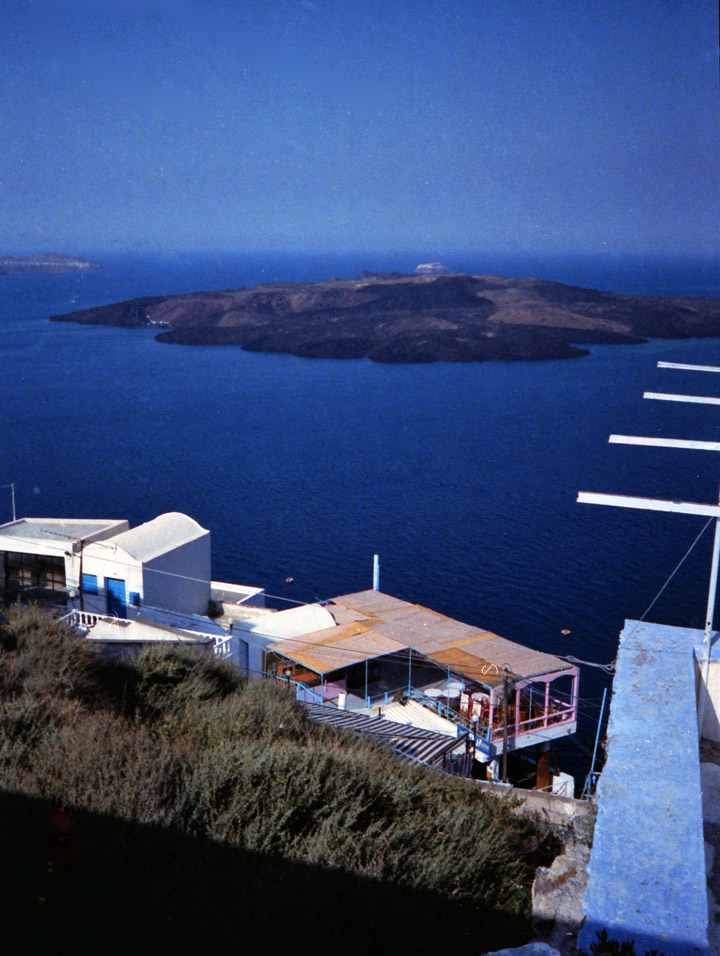 Nea Kameni is a small uninhabited Greek island of volcanic origin located in the Bay of Santorini. It was first formed in 16th century through volcanic eruptions, and was enlarged the same way. The last (small) eruption happened in 1950. It is nearly round and has a diameter of approximately 2 kilometers and an area of 3.4 kilometers2

The nearly barren island is visited daily by dozens of tourist boats throughout the summer. The visitors then take to climbing a difficult path to the 150-meter-high volcanic crater, from which a sulfurous smoke rises, transforming the environment into a "yellow wasteland". 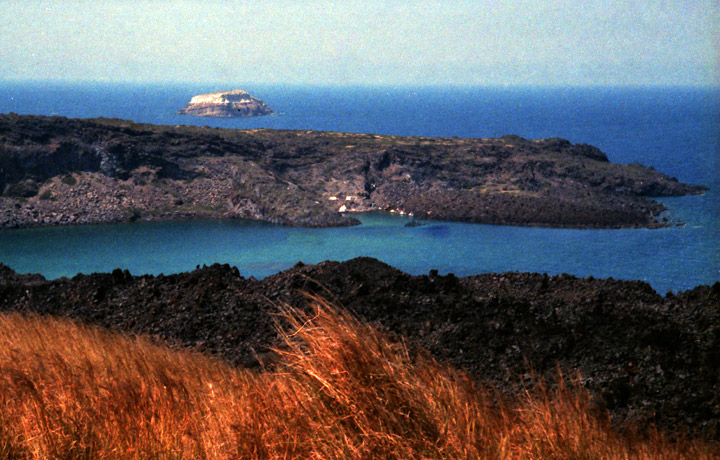 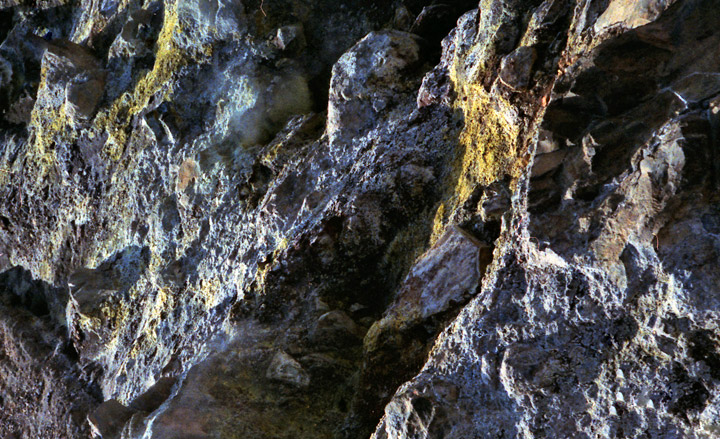 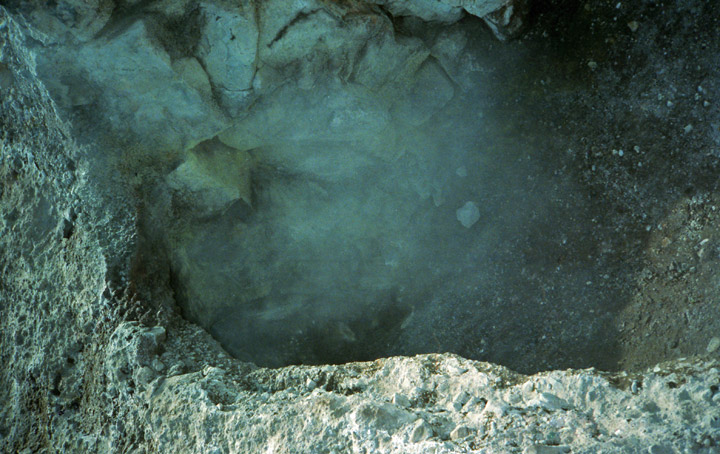 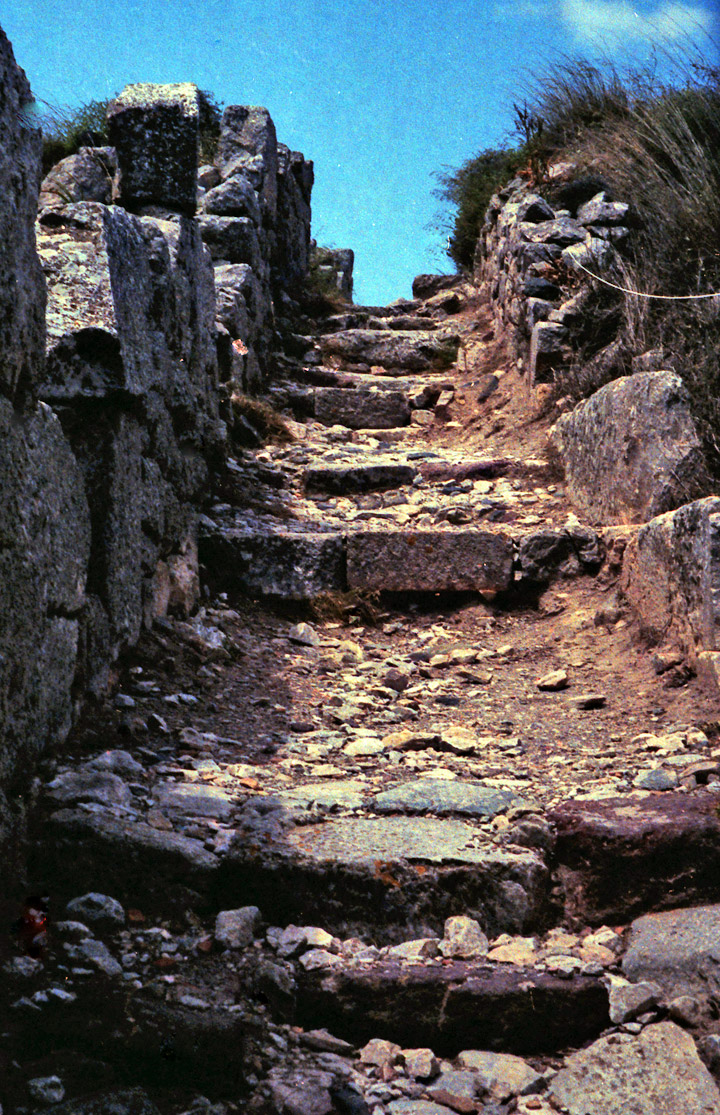 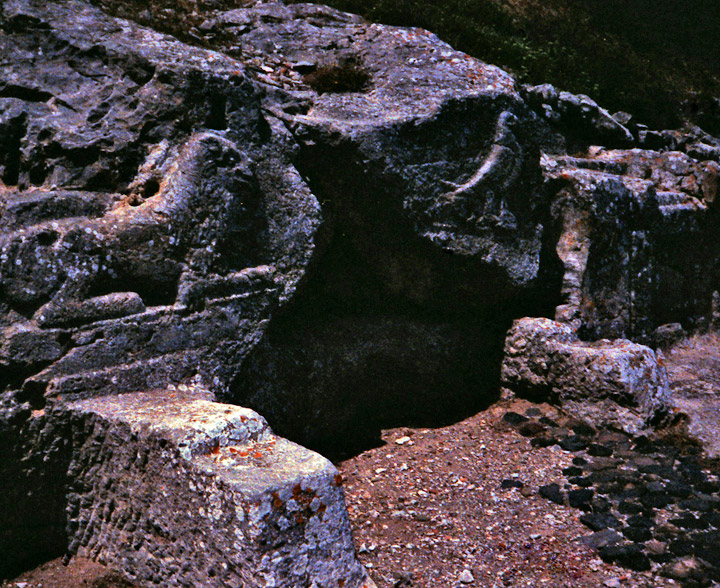 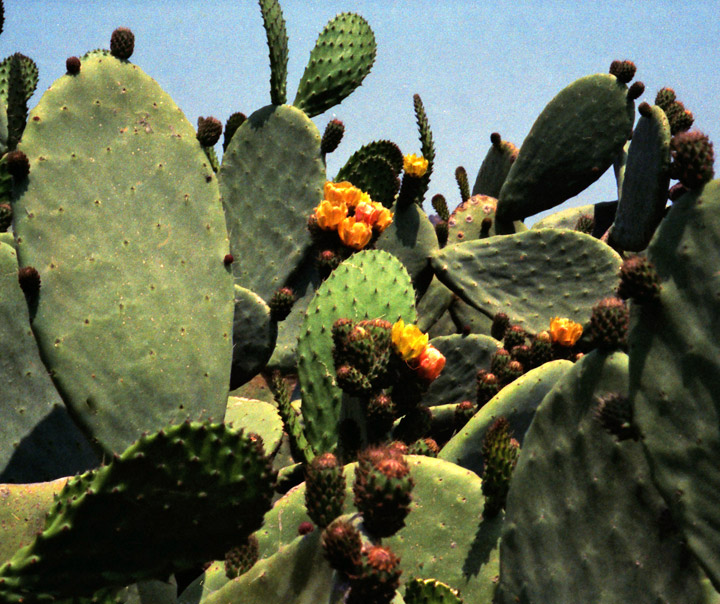