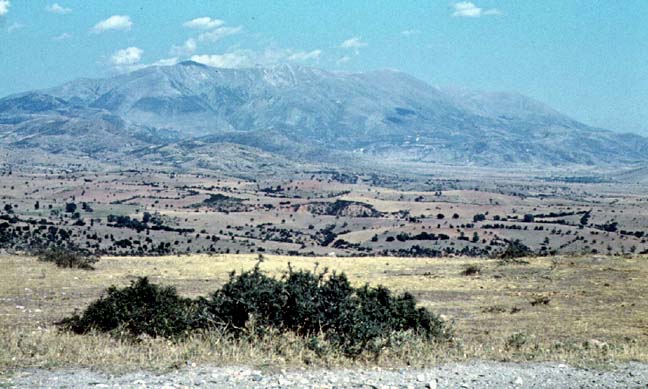 Delphi, town of ancient Greece, site of a celebrated oracle of the god Apollo, situated on the slope of Mount Parnassus, in Phocis (now Fokís Department), about 9.5 km (about 6 mi) inland from the Gulf of Corinth. Considered by the ancient Greeks to be the center of the earth, Delphi was once the site of an oracle of the earth goddess Gaea. According to mythology, Apollo defeated the monstrous serpent Python, which guarded Gaea, and expelled her from the sanctuary, which he then shared with the god Dionysus. The Delphic priests developed an elaborate ritual, centered on a chief priestess called Pythia. Her utterances were regarded as the words of Apollo, and the oracle was consulted by private citizens and public officials alike. The Sacred Way to the temple was lined with structures housing rich offerings given by Greek cities. 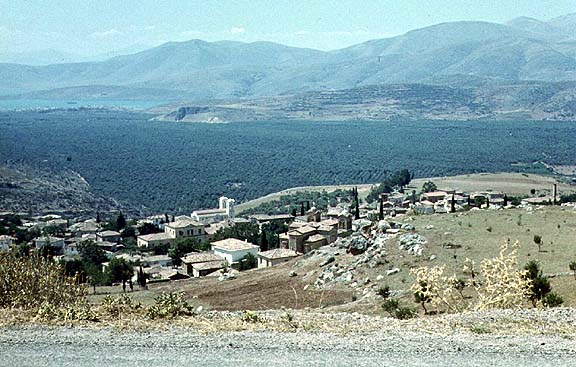 olive groves in the valley

The town of Delphi was at first a dependency of the Phocian city of Crisa. Phocis later joined the Amphictyonic League, which was formed to protect the temple to Apollo and which sponsored the Pythian Games near Delphi. When Phocis levied tribute on pilgrims to the oracle, the league destroyed Crisa in the first of the Sacred Wars (about 595-586 BC). In 480 BC a Persian raid on Delphi failed because of an earthquake, attributed to Apollo. In the second Sacred War (about 448 BC), Athens helped Phocis regain control of Delphi, which it had lost in the first war. 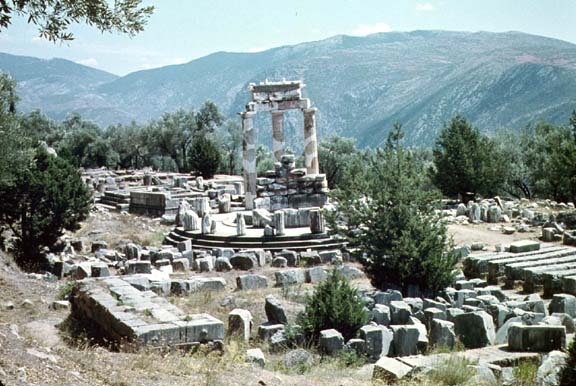 The Phocians were defeated in 346 BC by King Philip II of Macedonia in the third Sacred War. By the end of the century the Aetolian League controlled Delphi. The wealth of the town made it a frequent target for attack, including a raid by Gauls in 279 BC. After the Roman conquest of Greece, and especially after the spread of Christianity, Delphi declined. Much of its art and treasure was confiscated by the Romans, notably by the Emperor Nero. The oracle, however, continued until AD 390. 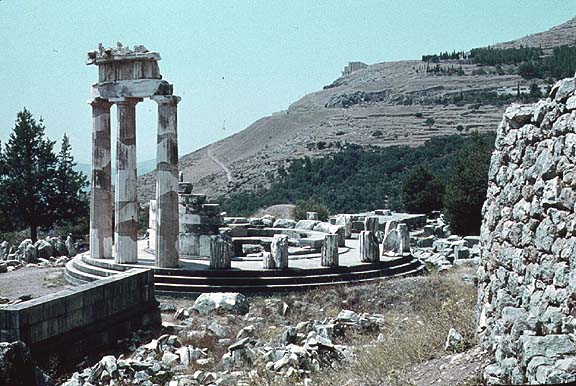 Delphi ruins where the athletes were trained

The site of the town was eventually occupied by the village of Kastrí. In 1891 Kastrí was relocated and renamed Dhírfis (Delphi), and in 1892 excavation of the site began. Discoveries include temples, the Great Altar, the stadium and theater, the ancient town wall, and the treasury building, the walls of which are inscribed with famous musically notated hymns to Apollo. The site contains more than 4000 inscriptions, valued for modern knowledge of ancient Greece. 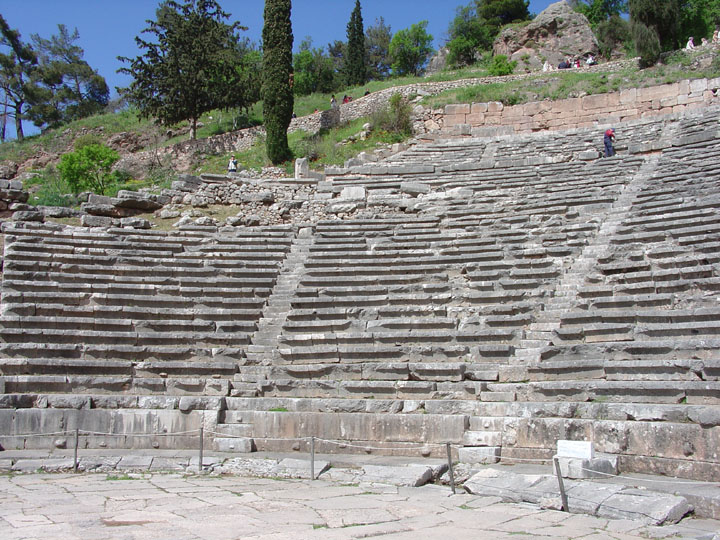 More Photos of Delphi taken in 2004

the Corinthian Gulf port of Itea 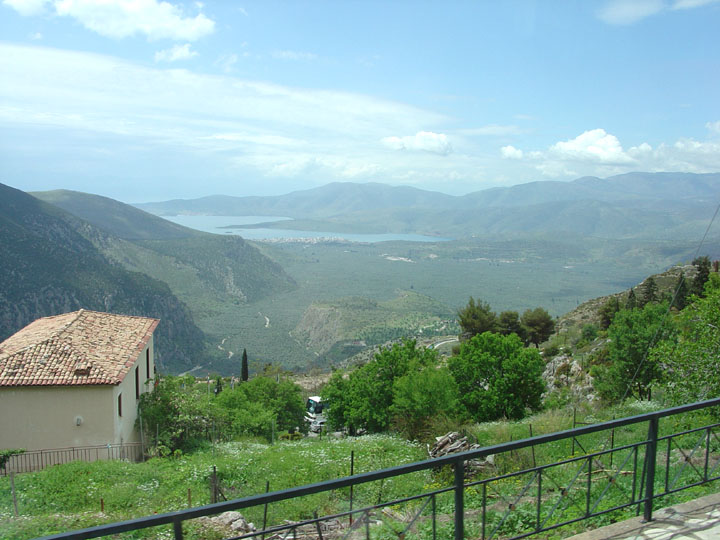 the port of Itea in the background
as seen from Delphi 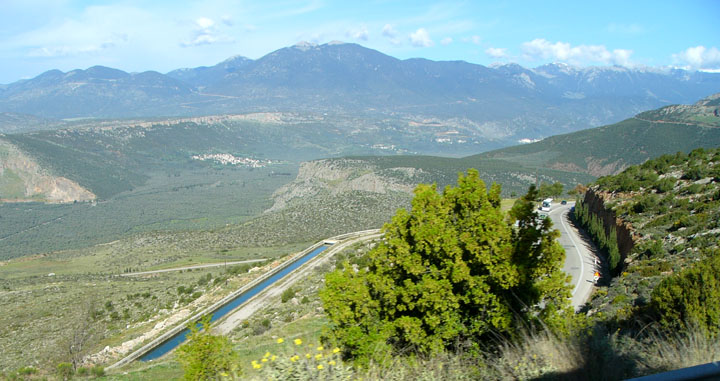 irrigation canal on the hill go up to Delphi 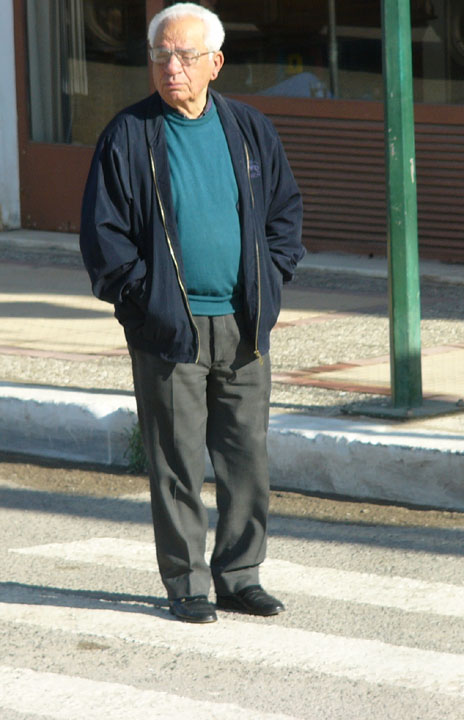 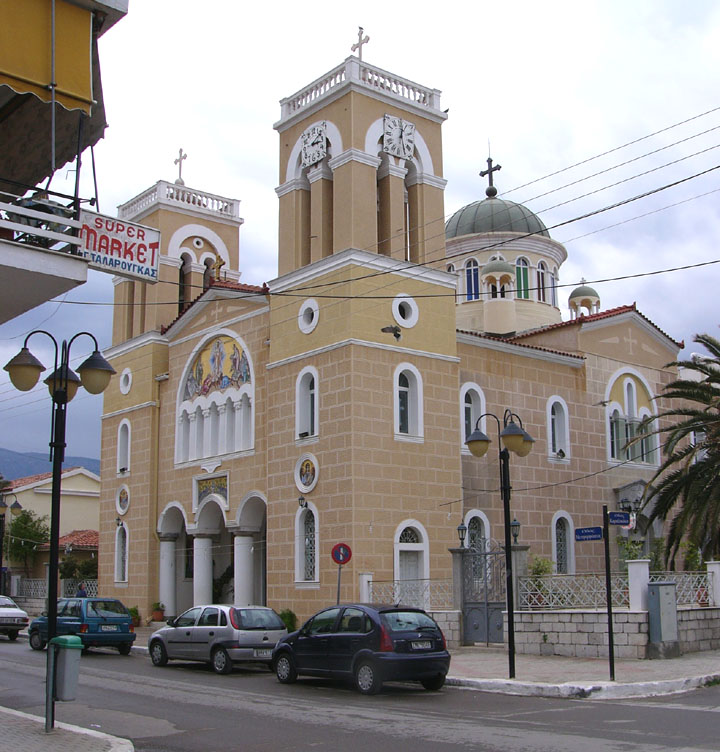 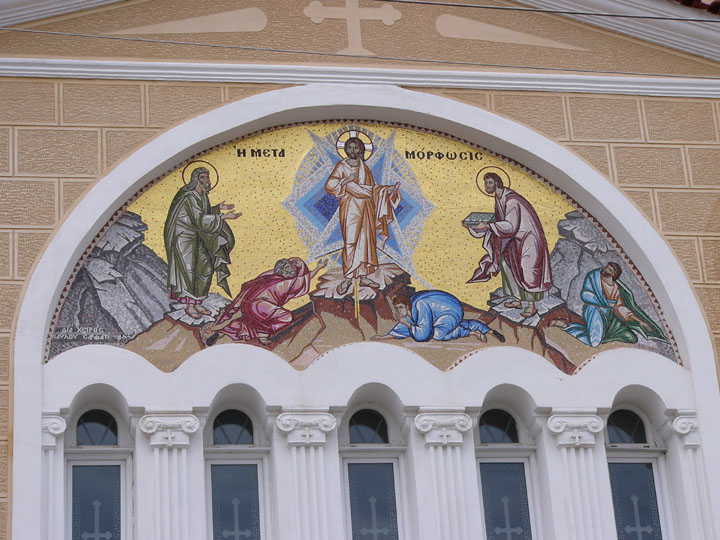 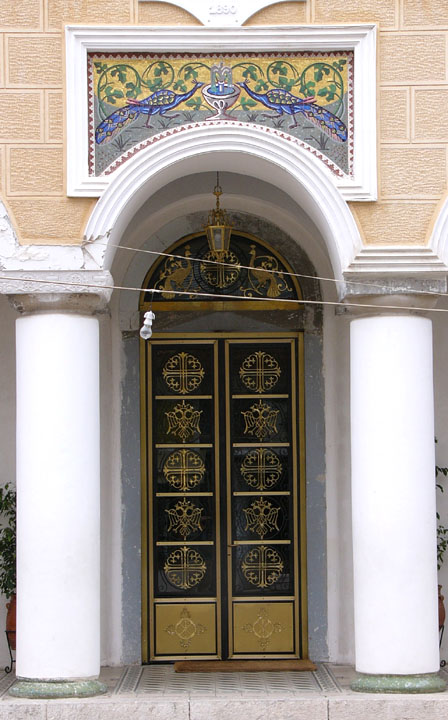 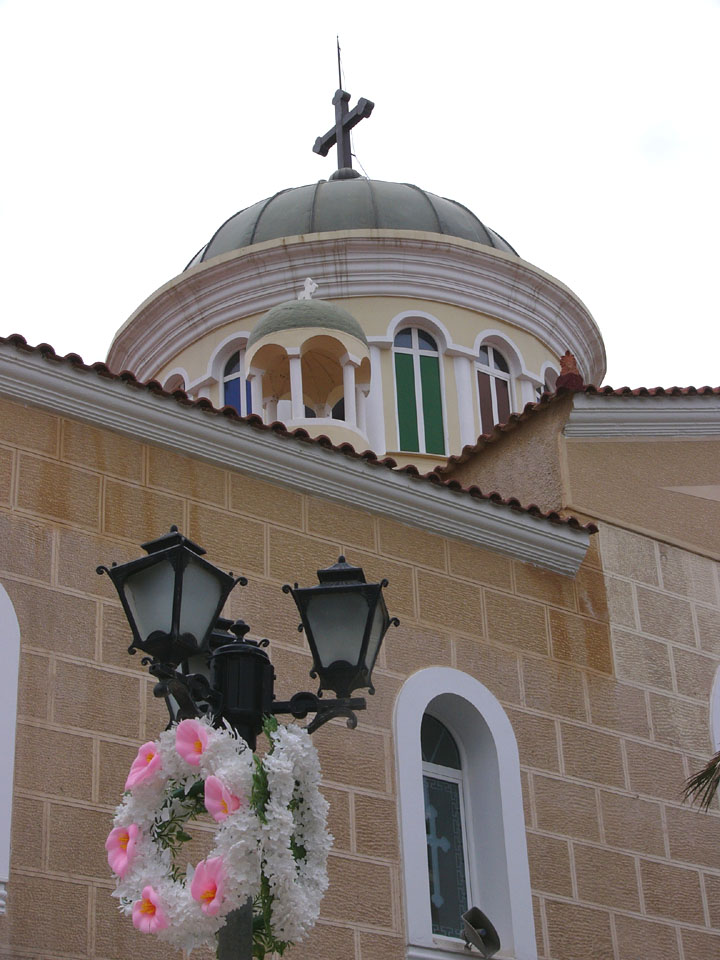 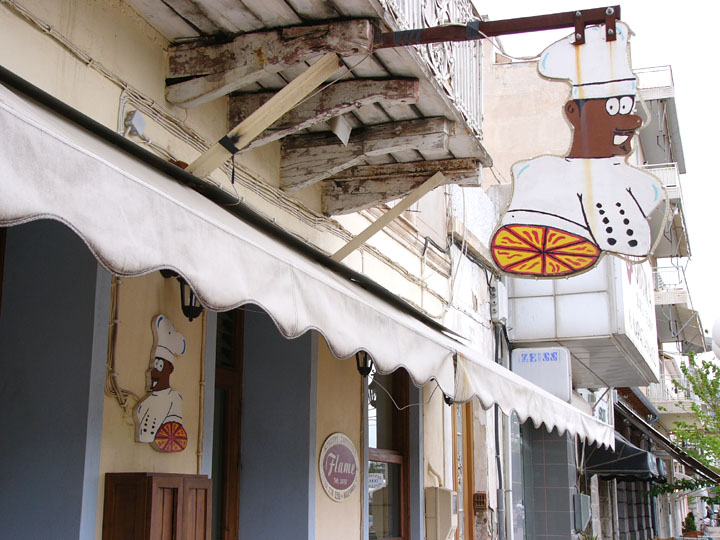 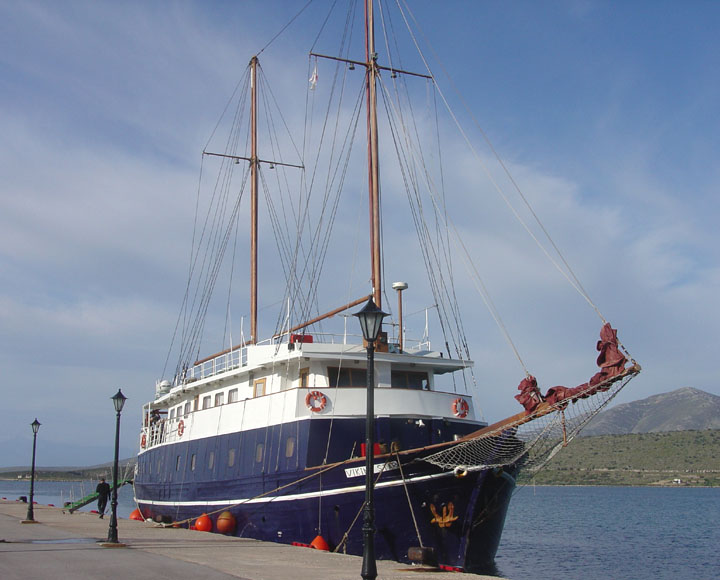 The "Viking Star", the cruise ship I used to get to Itea and Delphi 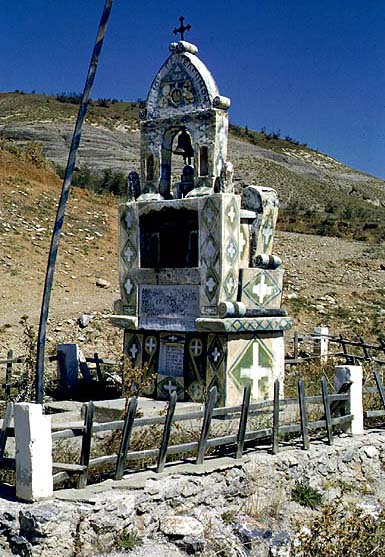